Fantasy and synthwave collide in this physically active VR sword fighting game. Grow stronger as you battle through an awesome neon environment and strike down magic-infused monstrosities in this hack-and-slash roguelite. Fight. Fall. Rise Again.
-50%
$24.99
$12.49
Visit the Store Page
Most popular community and official content for the past week.  (?)
The Rhythm of the Knight Challenge
Jun 1
Can you feel it, Champions? The Rhythm of the Knight calls!

We are proud to announce our latest collaboration with Drums Roc[www.oculus.com]! A brand new update to *Drums Rock* will allow players to unlock their inner Rokari Champion with skins and an original rock arrangement of Kneon Knightmare[t.co]!

To celebrate this collaboration, we're hosting a special Challenge on the official Until You Fall Discord.[discord.gg]

THE RYTHYM OF THE KNIGHT CHALLENGE

The Gameplay Challenges
Paradiddles, flams, stroke bounces, cymbal crashes... A good drummer needs control of their strikes to drive of the music.
Just the same, a Rune Knight needs to control their strikes to take down the Unraveled.

This Challenge is all about using the strike-enhancing Supers of your instruments -- your weapons!

Until You Fall
7
1
Speed of the game Question
I have some medical problems that have me at a slight disadvantage to the types of games i can play as in speed of combat. So my question is a matter of opinion to most but about how fast is combat in this game as an example in speed I can play is Ancient Dungeon there is 1 or 2 bosses that are a little fast for me but a fast boss fight here and there i might be able to handle but say hordes of fast minons my be to much. Where would you place this games speed of combat faster or slower then that example t...
3 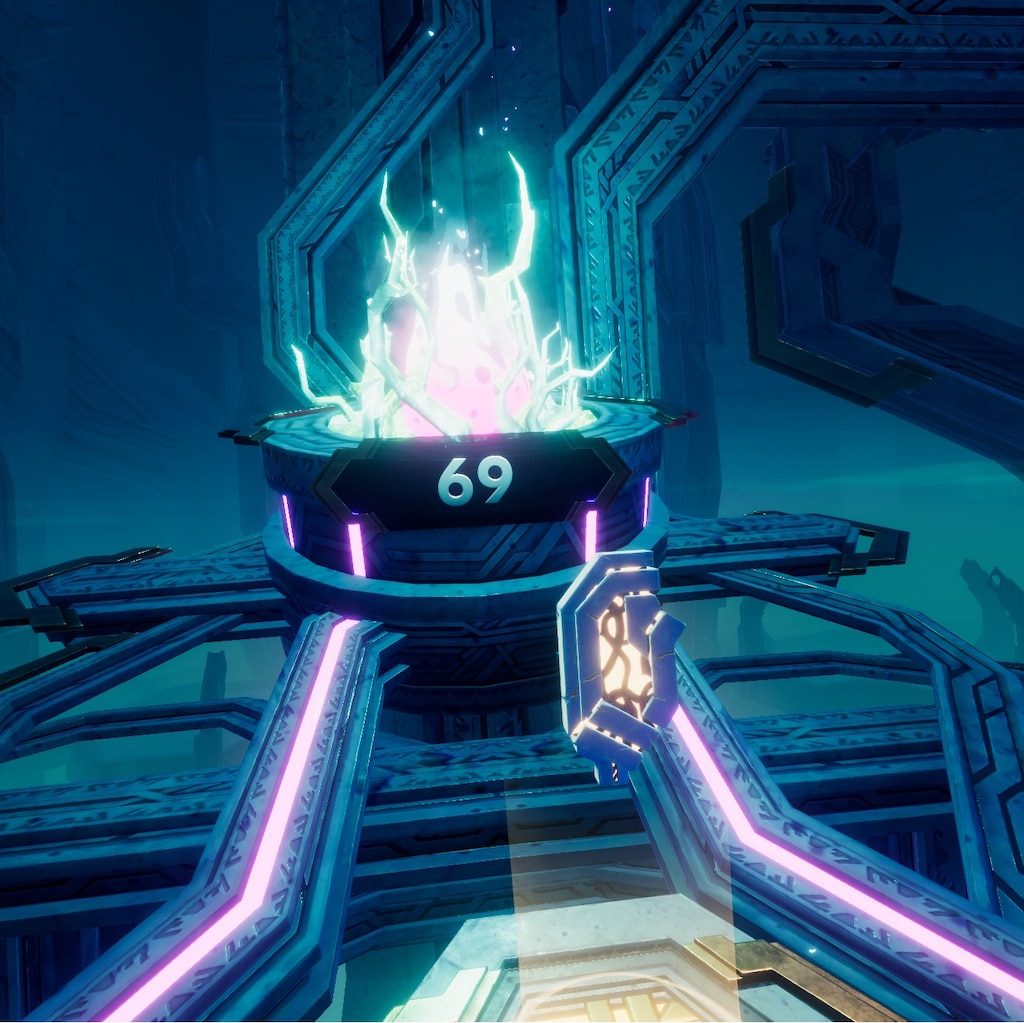 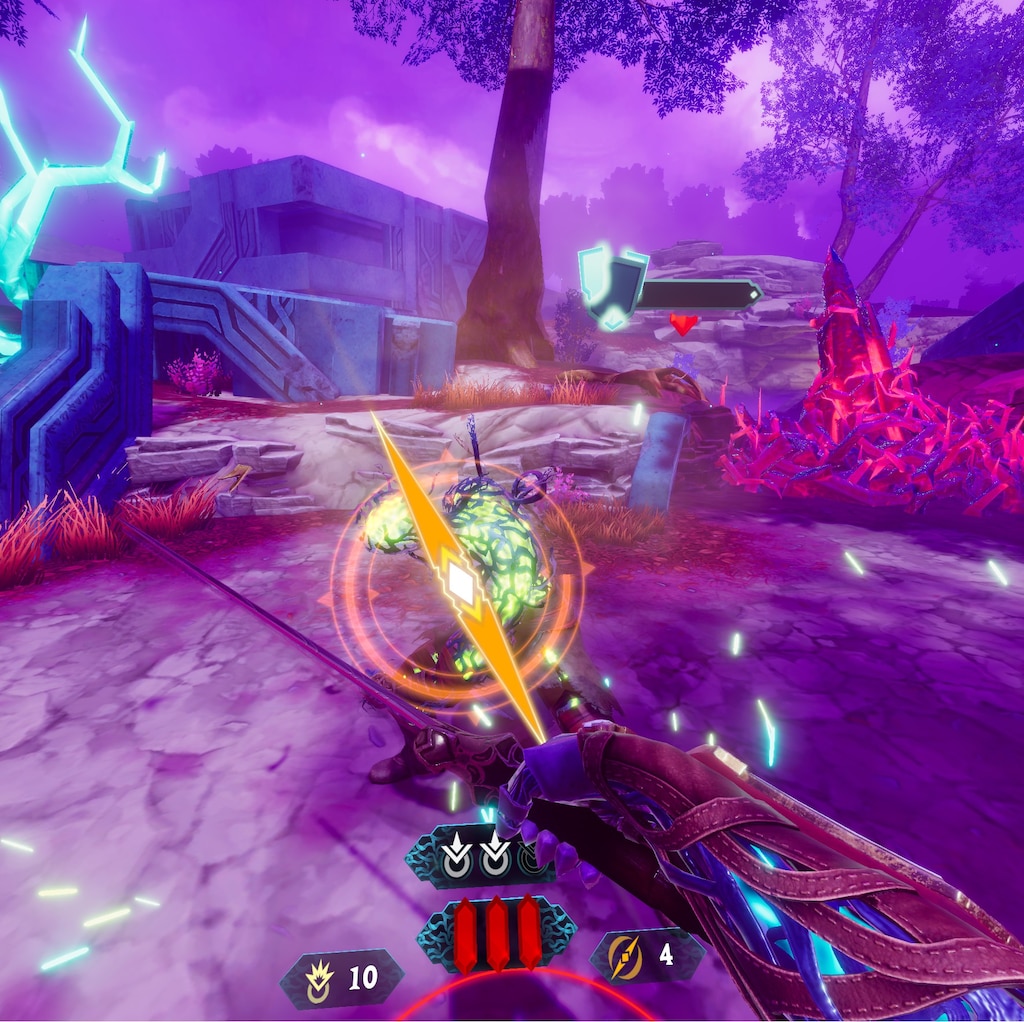 1
1
The character designs are so good ugh 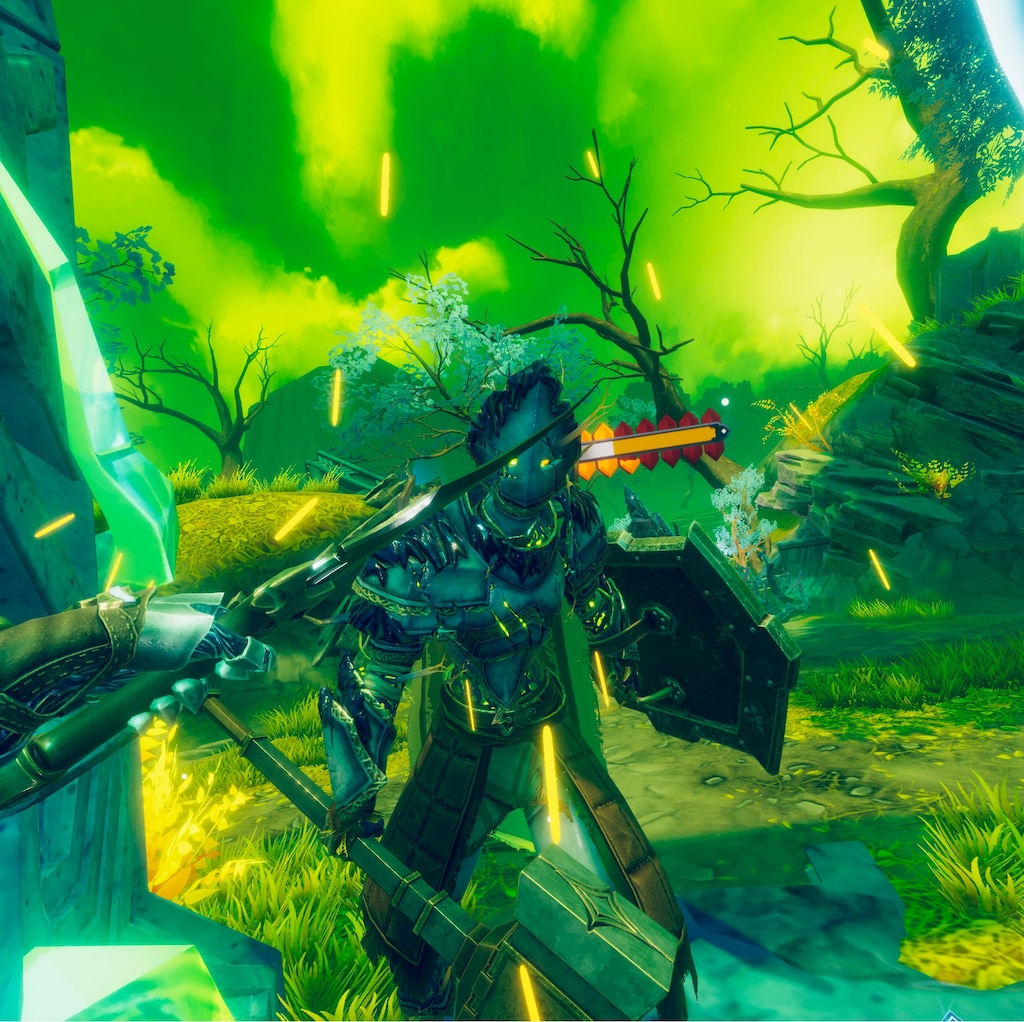 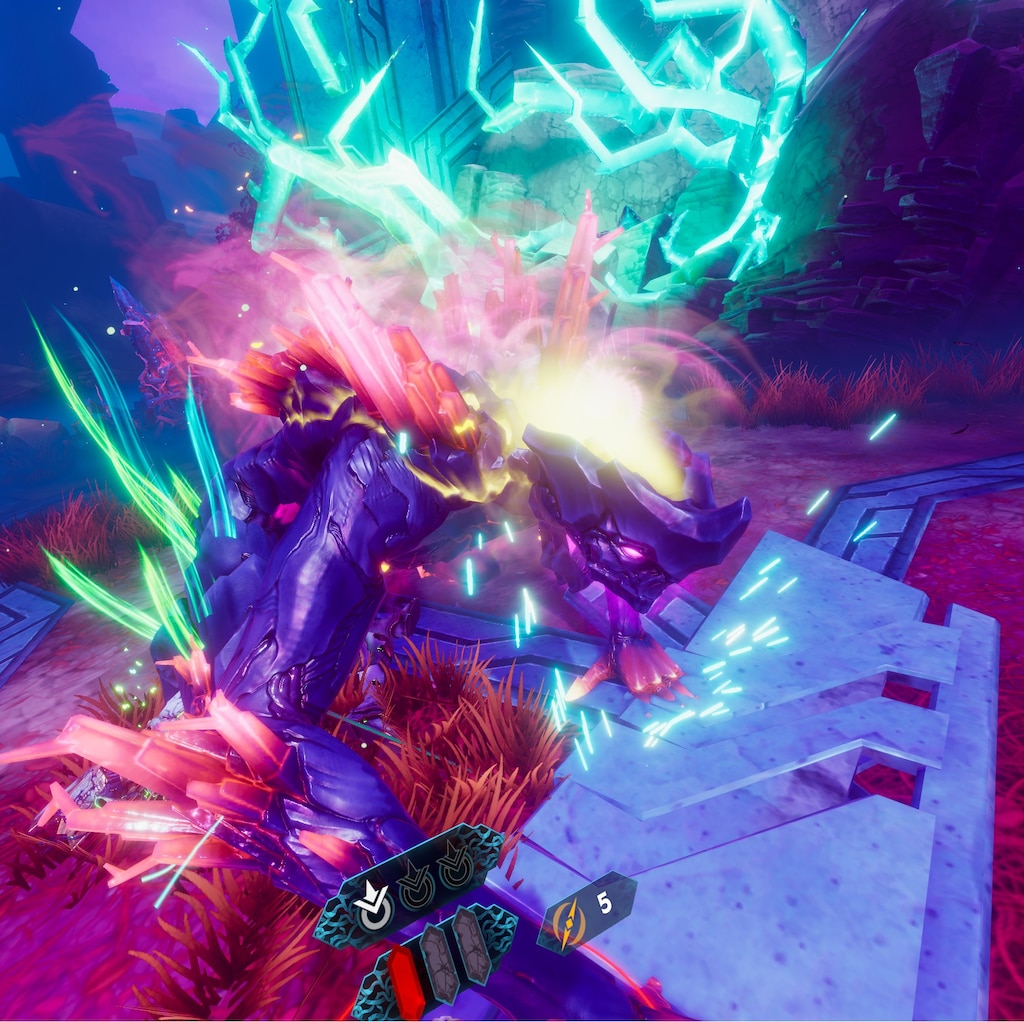 crow
View screenshots
How do you block with 2-handed?
Is it even possible to properly block using a 2-H weapon? Or are you actually just expected to use your off-hand?
15 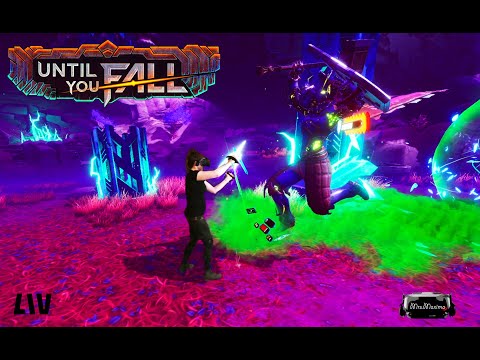 3
5
Until You Fall Nightmare Full Run

EvadableMoxie
View all guides
Smooth turning seems to do nothing on Index controllers
I can snap turn just fine, but if I enable smooth turning, it seems I actually disable turning altogether, even at full speed. Anything I'm missing?
14

Zelaird Gervik
View all guides
Getting an error at start
So I am trying to start the game, I have an Oculus Quest 2 linked to my pc for my VR setup But everytime I get an error Heres a screen capture of what i get: https://prnt.sc/_F3nM717YeHs I have tried the -bypassheadsetcheck I have tried to verify the files also And older versions of the game worked without any issues. Please help (; - ;)...
14 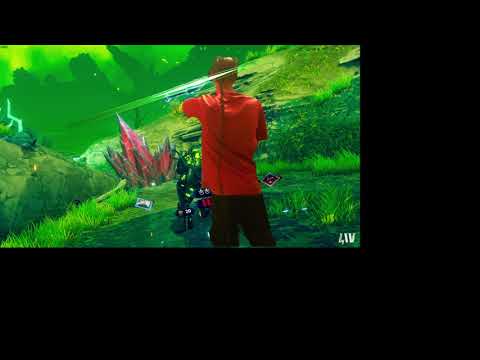 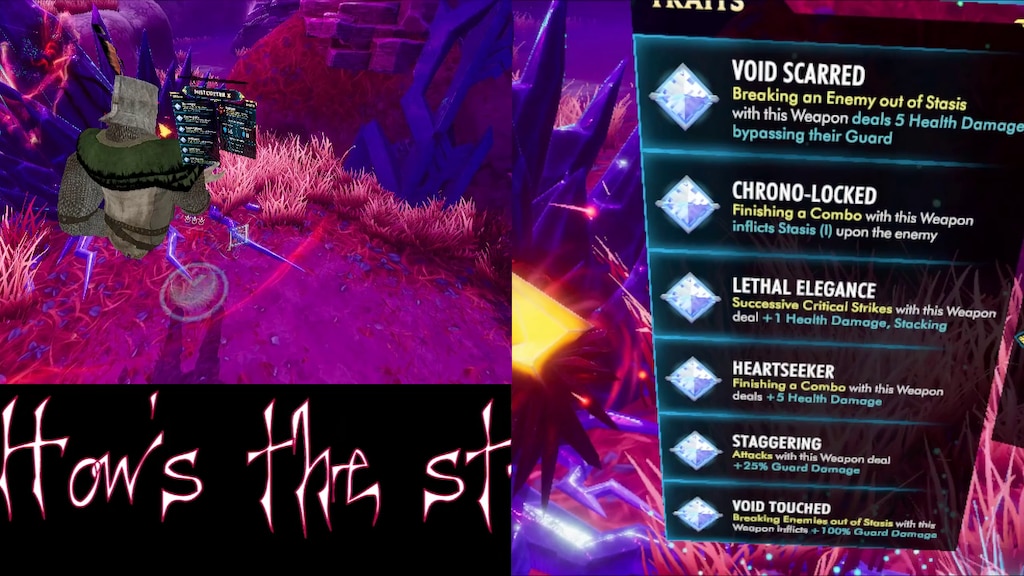 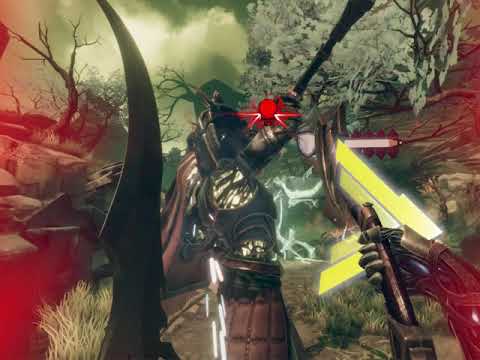 0
2
Until You Fall - Great Roguelike Brawler in VR 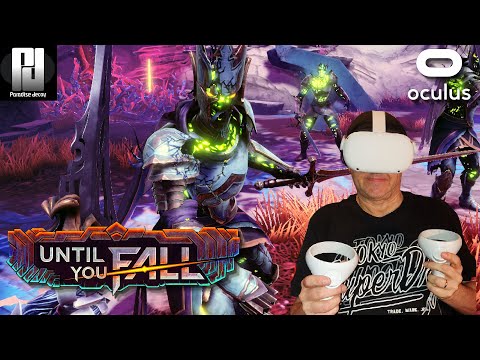 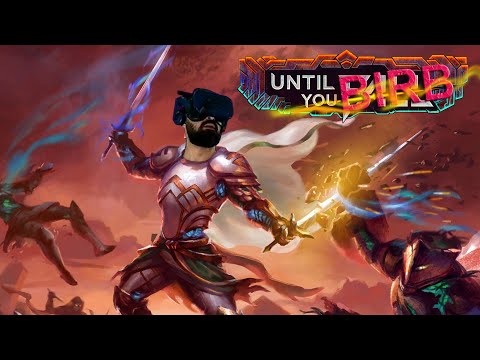 2
0
My first boss battle! - Until You Fall First Boss in Relaxed Mode

Playing this game on GNU/Linux

Not Recommended
13.3 hrs on record
Fun but the environment and the enemy become quiet repetitiv. Motion sickness will occur faster than in other VR games.

Recommended
1.5 hrs on record
This game is the hyperbolic time chamber

Recommended
4.1 hrs on record
Played on the Quest 2 with PC cable.

This game was such a delight to find and pick up! The melee combat feels solid and each weapon you pick for main or offhand has different traits. Like the mace has a heavier head so its a bit more clunky to block attacks with, so its probably better to focus blocks with a sword or dagger! I just thought that was a neat touch/attention to detail.
I will say the most fun I had was with the 2 hander axe, went full on Conan monkey-brain with it and it didnt feel awkward, at least to me!
Also theres something primal that resurfaces in my brain when you pick up a crystal and crunch it in you hand, sometimes I pretend to eat it. :) Nummy

Also this game's aesthetics, color, music; all fit together and make a really cool experience.
I played this on Beginner cause i'm not insane, and honestly I went for almost 3 solid hours! Only stopped cause it was almost 3AM. I would say its not as physically demanding as Beat Saber, which at the end of a sess Im usually drenched in sweat from the cardio. UYF only worked up a slight sweat on the difficulty I played on, i'm sure it gets more intense as the levels progress.

Only issue I ran into was if my cable disconnected or I went to my Quest menu for any reason the game seems to like, forget my original height/scale. So when I tab back in everything is super small and generally unplayable. I did however get some fun out of hovering around a tiny level and attempting to beat the enemies with my toothpick sized sword and axe. :)