Nova Drift distills the mechanical depth and strategy of an ARPG into classic arcade space combat. Control an endlessly evolving bio-mechanical ship, face legions of strange and deadly foes, and ride the wake of a dying star across the void.
$14.99
Visit the Store Page
Early Access Game
Get instant access and start playing; get involved with this game as it develops. Learn more.
Most popular community and official content for the past week.  (?)
Directional Controls
Can we have an option where the direction/thrust is not relative to where the ship is facing. It would play a lot better if i press up/w the ship would go up instead of forward to where the ship is facing.
3 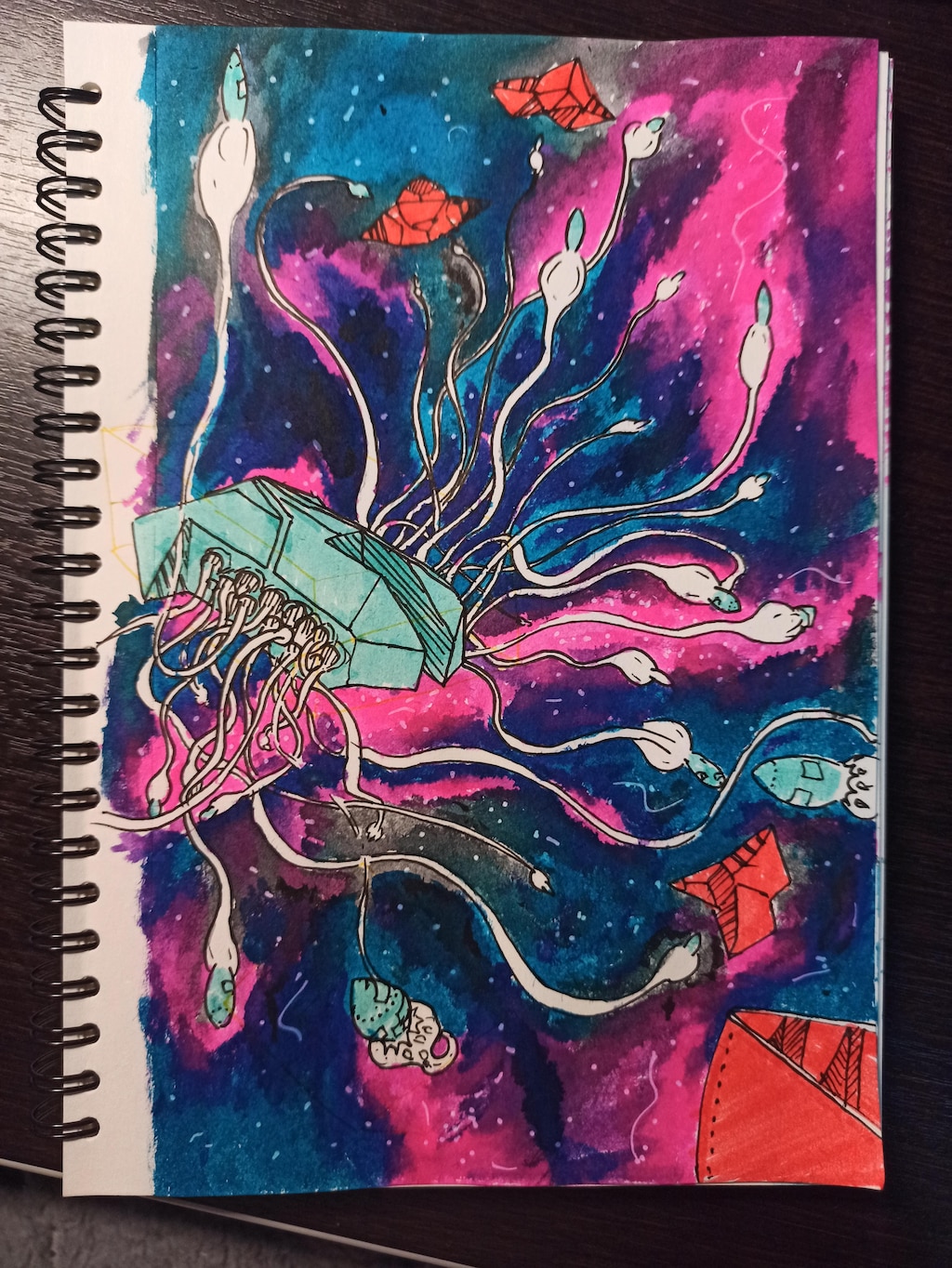 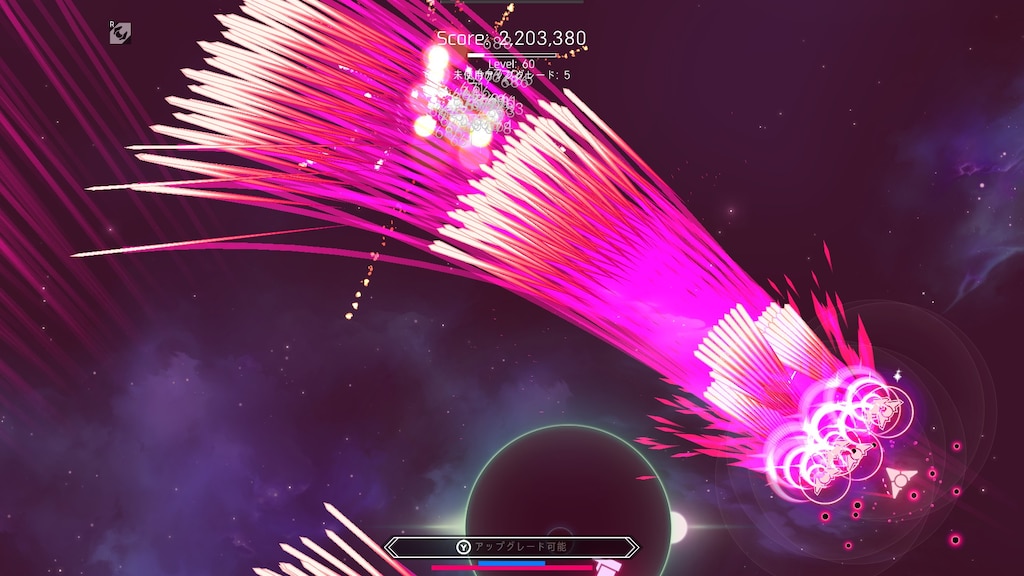 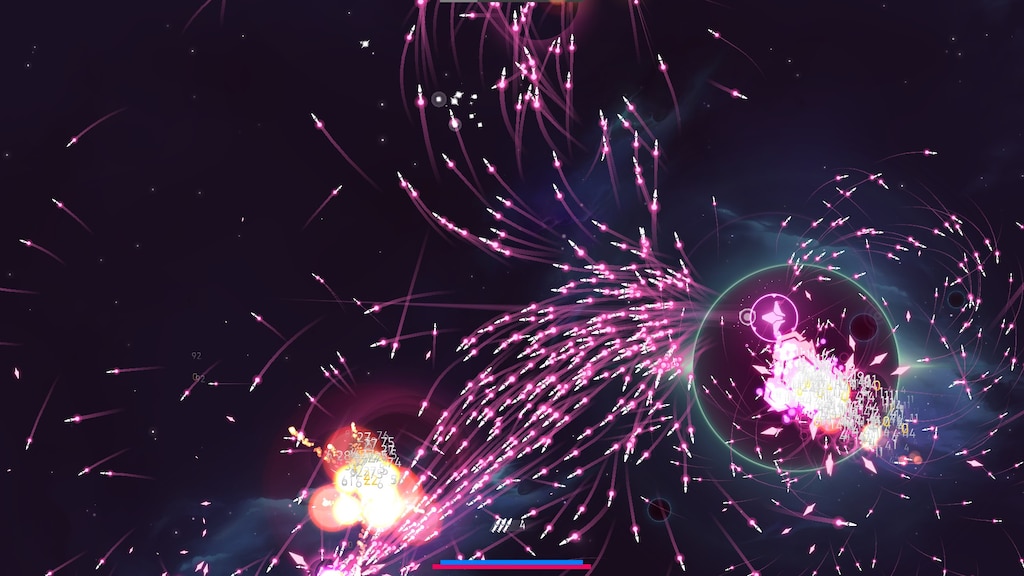 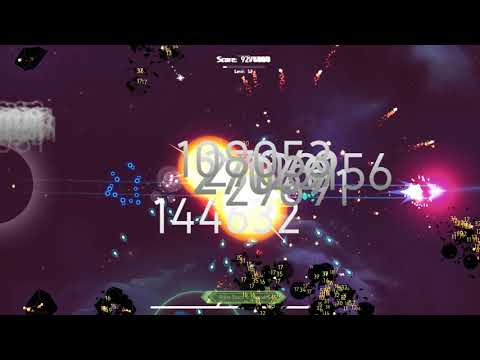 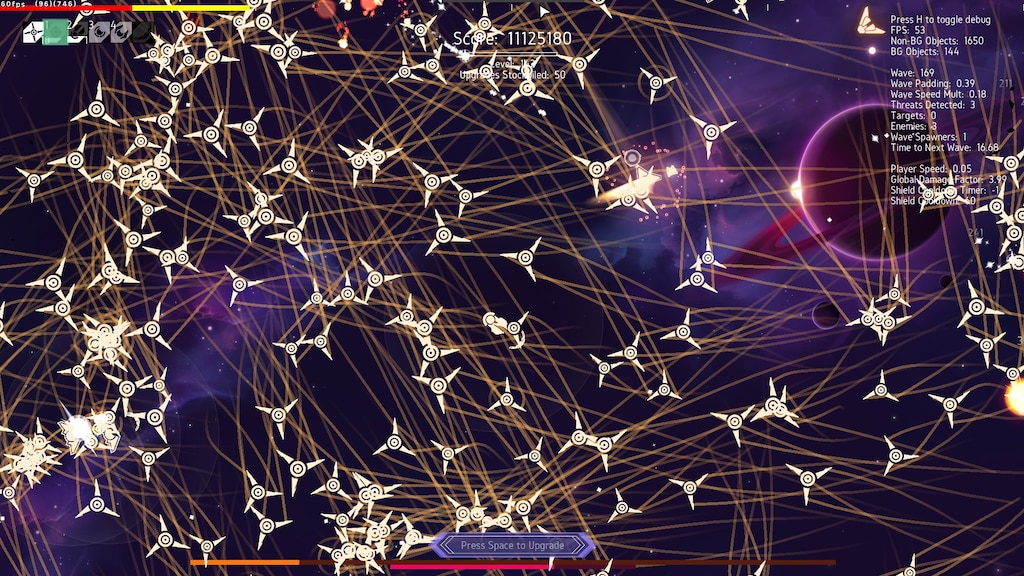 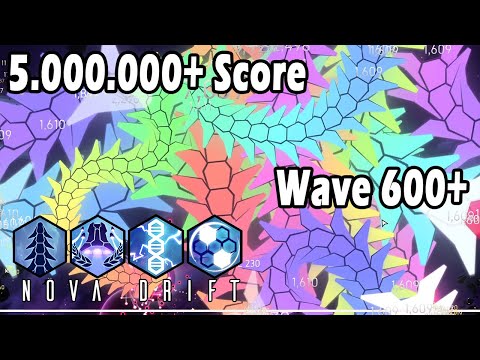 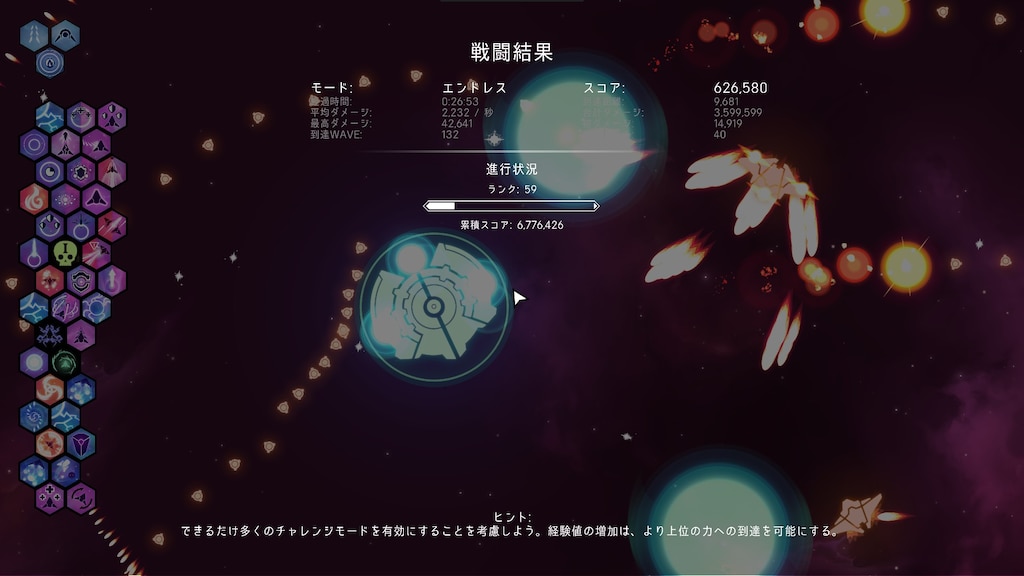 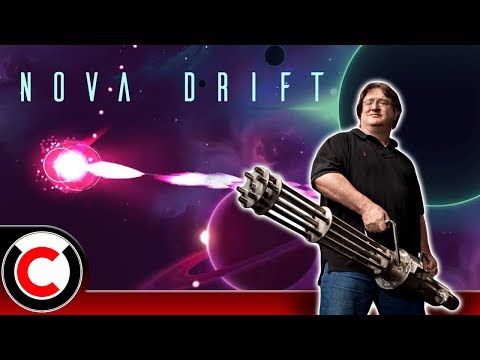 0
0
Nova Drift: IT'S OUT! The Maximum Damage Build - Ultra Co-op 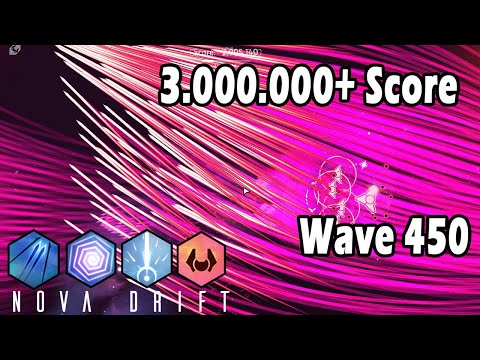 How to play Nova Drift - Beginner Guide
In depth beginners guide, offering tips and tricks, to help you master Nova Drift. With the new Apex Update - I fail at every build, but had some friendly neighbours allow me to post some tips here
36 ratings 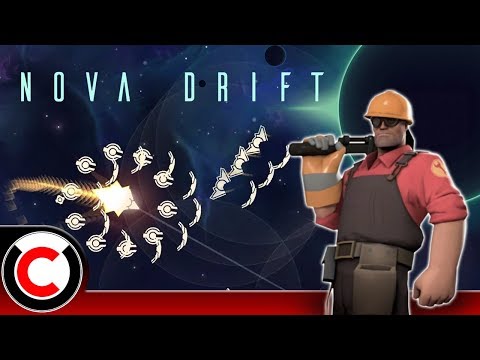 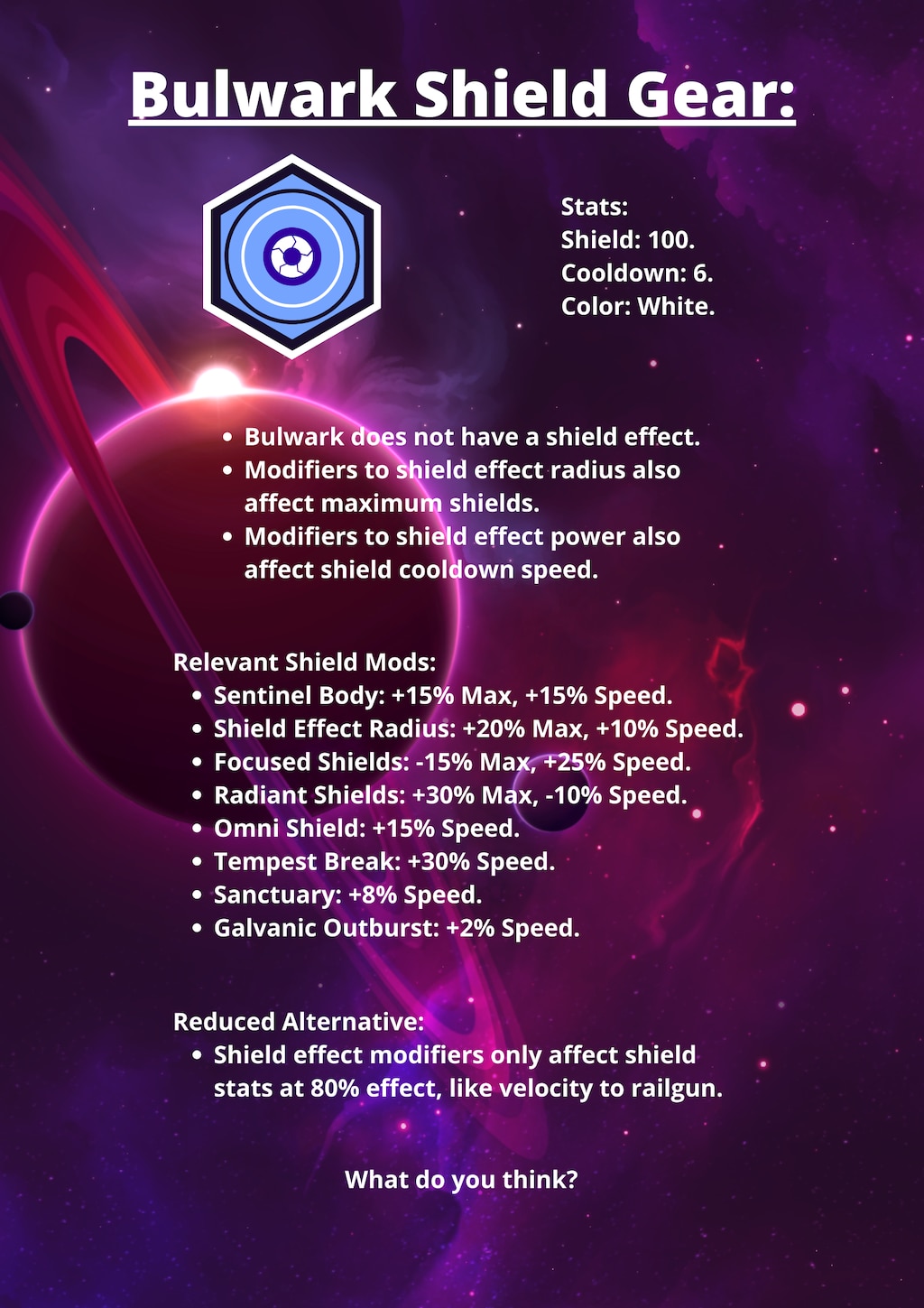 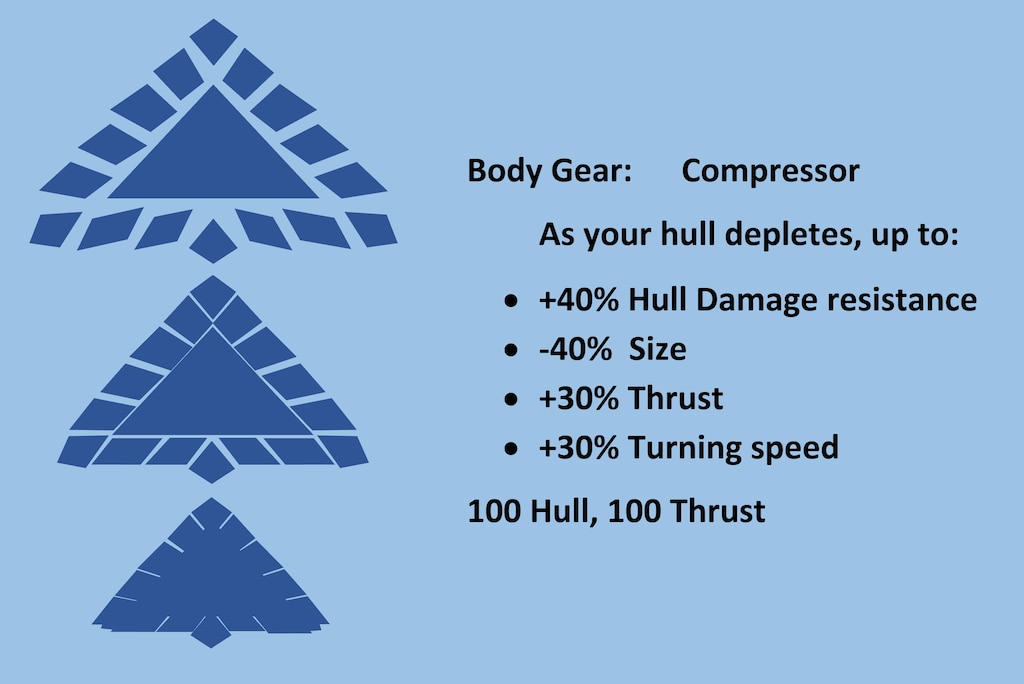 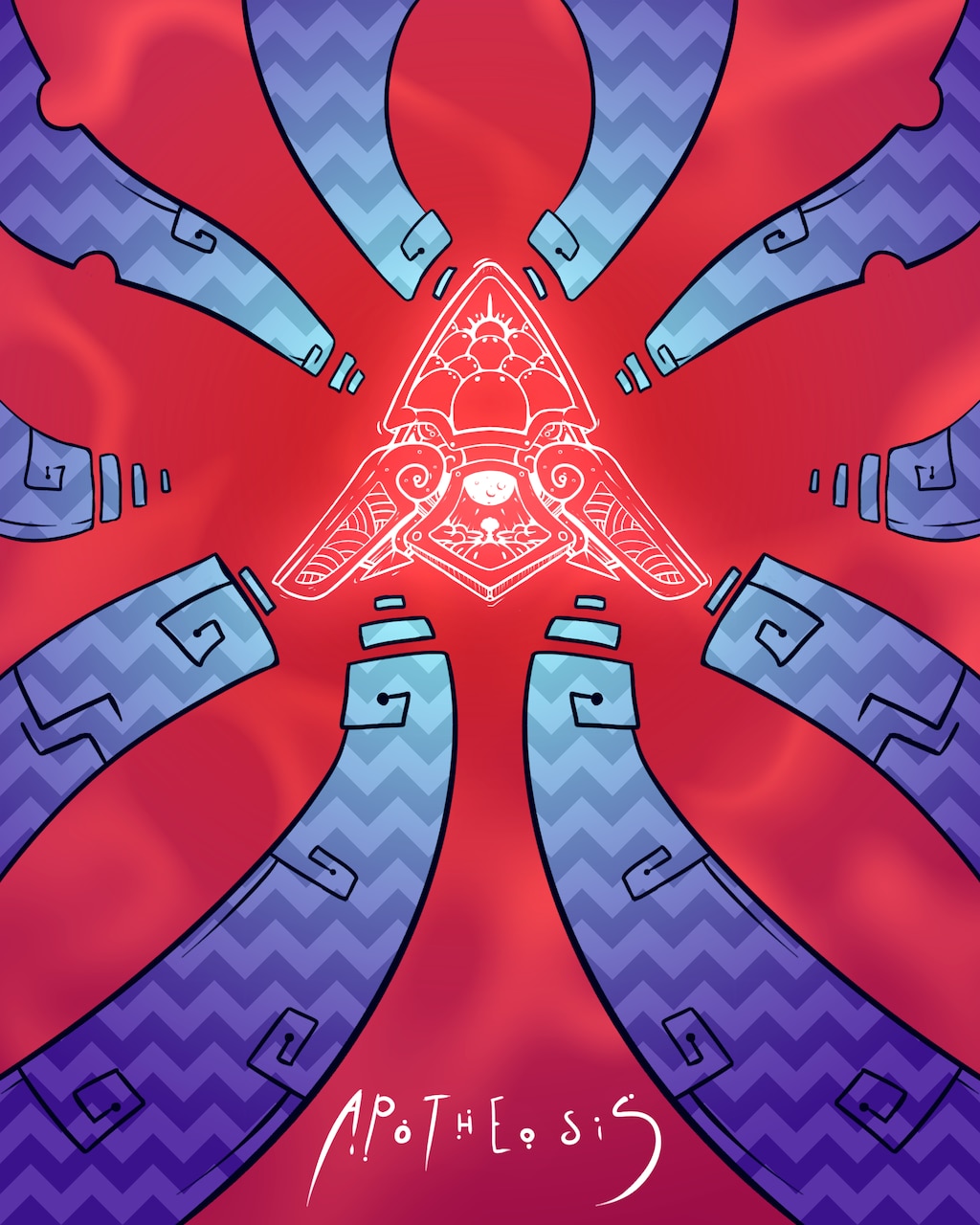 Recommended
6.8 hrs on record
Early Access Review
no one will see this review so i will instead list 10 reasons i love my cat

1) he is very fuzzy but also soft
2) he has no tail, just a tuft
3) he thinks i am his mom
4) he is very stinky on both ends but his fur on his neck smells nice
5) he likes to lay under the covers with me
6) if i push him off the bed when he's begging to be fed he usually lets me sleep
7) he is very goofy and mischievous
8) he does not respond to his name but does come to "buddy"
9) sometimes he gets cuddledrunk and i love cuddling with him
10) he always lays on my lap in the fall and winter and keeps me warm

in closing Nova Drift is faaaaaantasic.

Once you unlock Metamorphosis mode, the game gets a lot more interesting/fun. 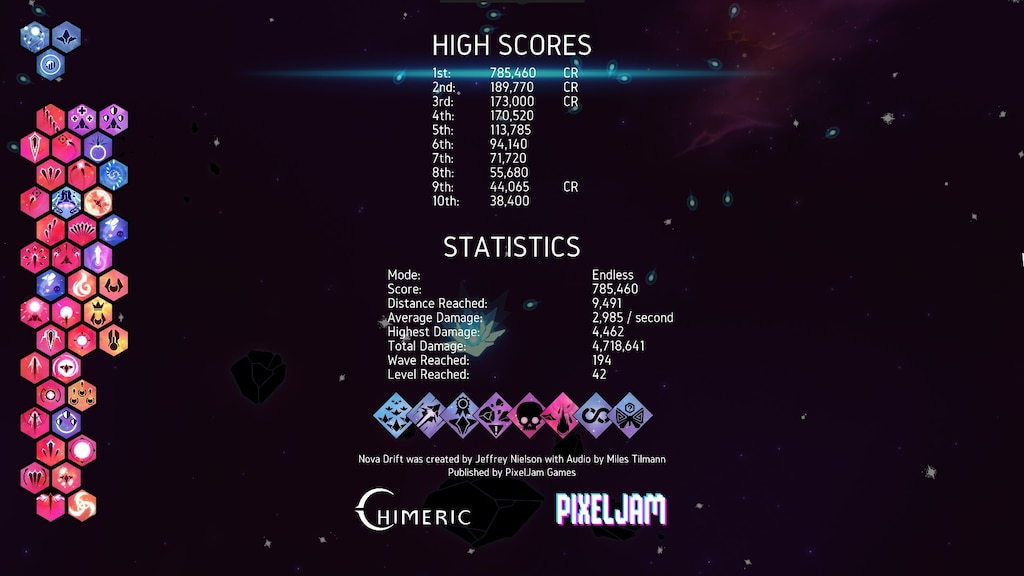 Not Recommended
3.0 hrs on record
Early Access Review
I'm a huge bullet hell lover, and this game is very fun for a little while, but unlike a lot of other early access roguelike/lite games I've played over the years (most of them), the game sees VERY little in the ways of content updates and needs real help in the build variety area for long-term replayability. Once you've played with each ship body type and weapon (of which there are only really a handful eacvh) and discovered the optimal weapons and upgrades to use you've pretty much seen it all unfortunately. I really wish they would add more variety in the content, specifically the upgrade system, so that your choice isn't basically limited by "if I pick the minion body, I will pick the same upgrades every single time I play it". There are just very few ways to build a ship optimally, making the build variety is the biggest limitation in replayability for me. It's kind of the same problem I had with Hades' system; once you've picked your weapon you have one, two, MAYBE three at MOST ways to build that weapon. You can only equip ONE weapon upgrade boon, only one dash boon, etc. It's very similar here. It think the game would benefit GREATLY from a randomized item and environment system to give you more variety and synergies to keep you coming back to it.

In a game like Isaac, Gunfire, Gungeon, Wizard of Legend, Slay the Spire, Skul, Dead Cells, One Step From Eden, RoR2, etc. the sheer number of items and weapons and upgrades and synergies and randomization and secrets to find creates a system where EVERY SINGLE TIME you play you're going to feel like you're playing a new game altogether. I've put hundreds to thousands of hours in all of those games, and unfortunately this game just doesn't have the longevity and replayability to lie with the greats unless the devs start pumping out more content. I LOVE the gameplay, but it's hard to find the drive to come back to it without that deeper well of itemization, upgrades, synergies, environments, etc. to make you have that "ONE MORE ROUND" urge that a truly great roguelite/like gives you.

BaldChristineTaylor
49 products in account
1
OP-ED: This game isn't "easy", and that's bad.
To be more clear, base difficulty isn't easy. (Endless/Wild with no difficulty modes). After 70 hours playing and doing well on Mayhem, I figured I could go back and have a chill game without modifiers to try out a sub-optimal build. That "chill" was short-lived. By wave 80, I was on the edge of my seat fully-focused on the trials at hand. It's natural & intuitive to think the struggle was because the build wasn't good. But, what does that imply for a new player, who's bound to create a pletho...
161

Maehlice
May 7 @ 11:44am
General Discussions
Bug Reporting Thread
Tell us here if anything is wrong with the game, or other issues you are having. Also please give your operating system and game version number (located in the lower right of the title screen). Please don't create new topics for bugs! Put them here...
1,509

Pixeljam Games
2 hours ago
General Discussions
WHY ARE MOST BUILDS GARBAGE>?
title. i hate games like this where there are 500 options but only 10 work and only 3 of those are "top tier" i bet NO ONE goes leaf on the wind also that goes for a bunch of bodies shields weapons too not just perks and abilities this games isn't as fun as it used to be and nerfing things in a single player game is just cringe...
48

McGarnagle
May 5 @ 4:25pm
General Discussions
Update release time frame
I have checked here and on the website for Dev updates and the last post from a dev is 7 months ago. Does anyone have information in the last (small relevant time frame) that says for sure the game is still being updated?
6