Moss™ is an action-adventure puzzle game from Polyarc tailor-made for the VR platform. It combines classic components of a great game—compelling characters, gripping combat, and captivating world exploration—with the exciting opportunities of VR. Now bundle with the soundtrack.
$29.99
Visit the Store Page
Most popular community and official content for the past week.  (?)
Still no update to play without VR?
Devs, please update game, change camera behavior and controls a little so we can play without VR
19 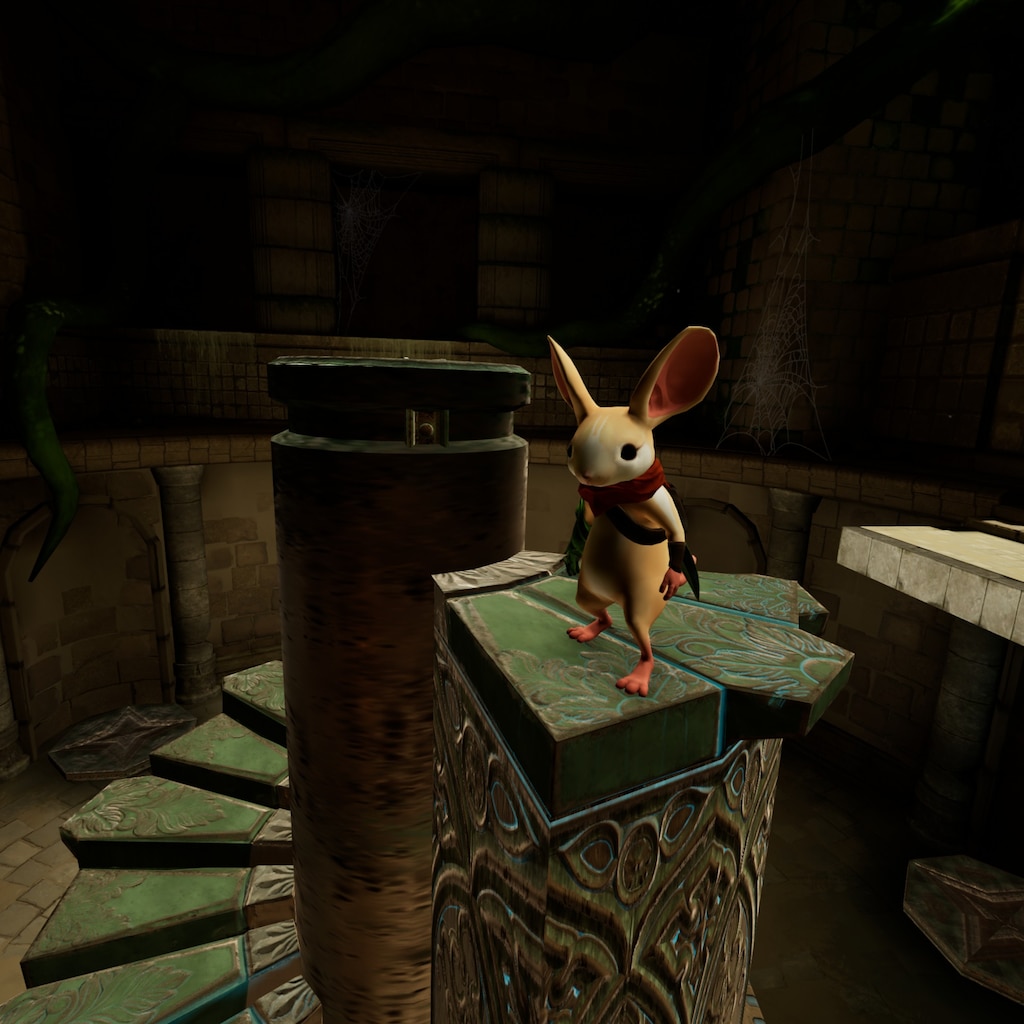 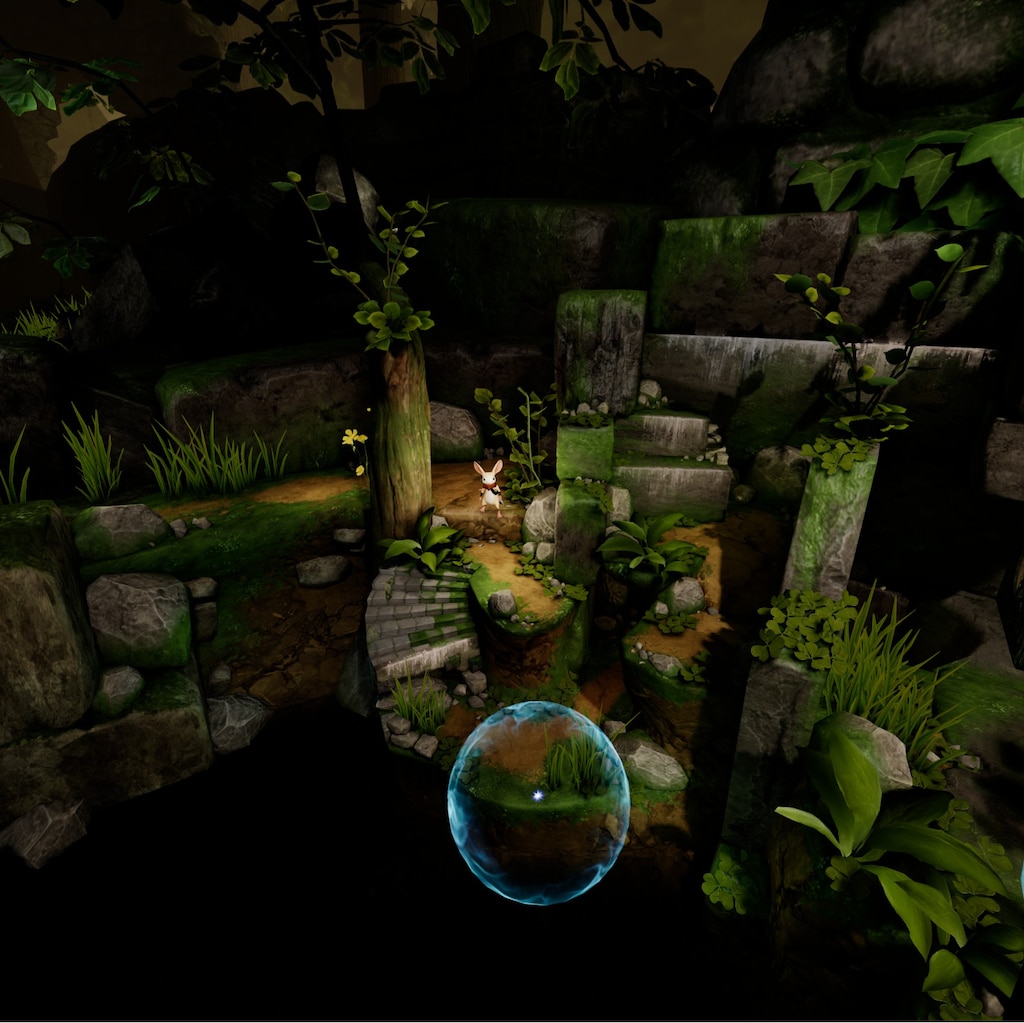 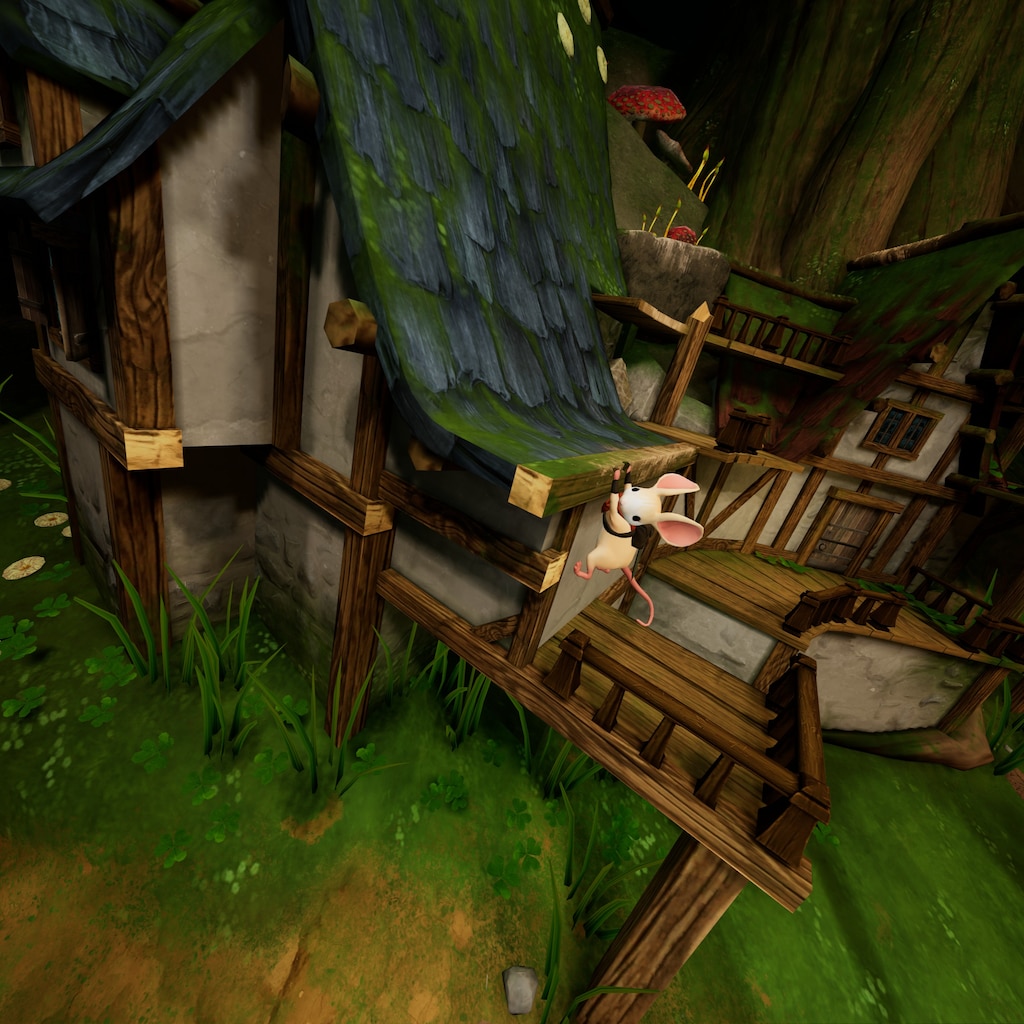 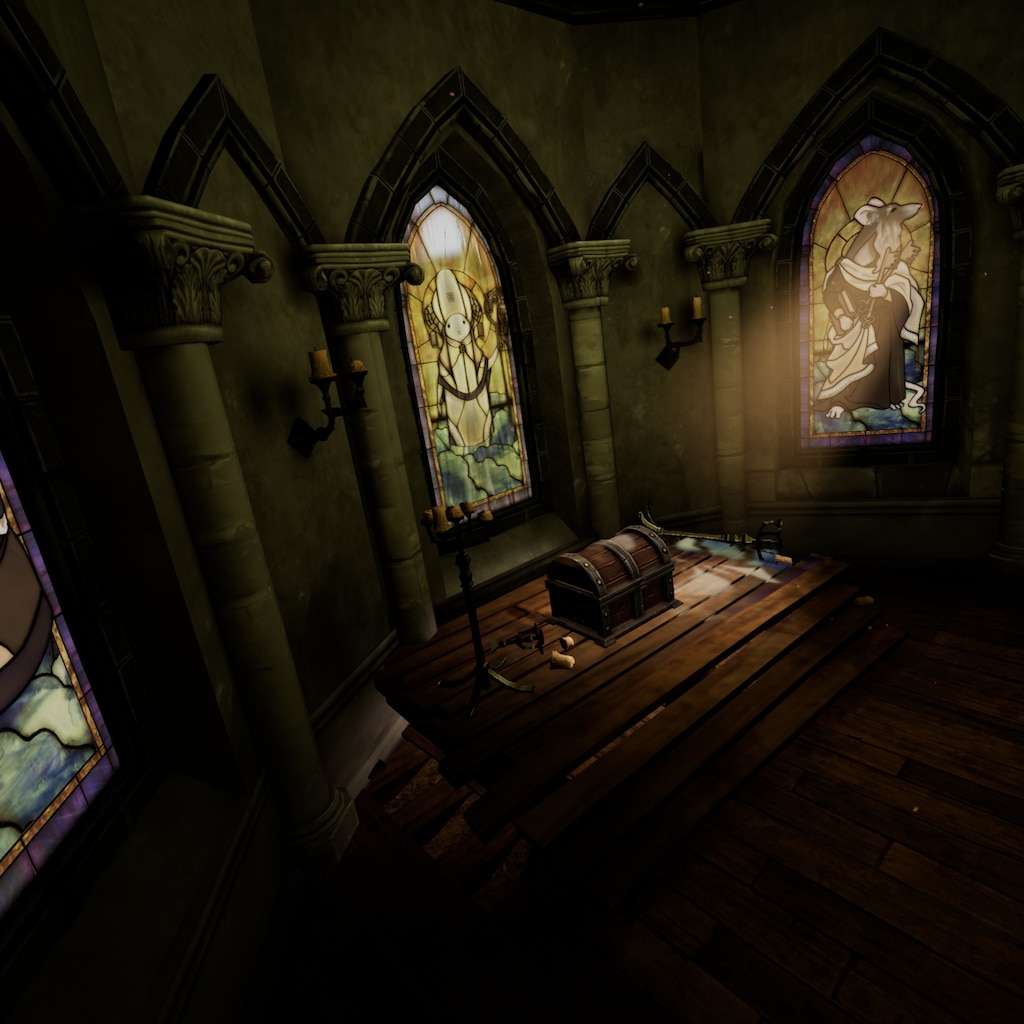 0
3
In 2D all those screenshots look so "nothing special" while in VR it's such an astonishing eye-candy. 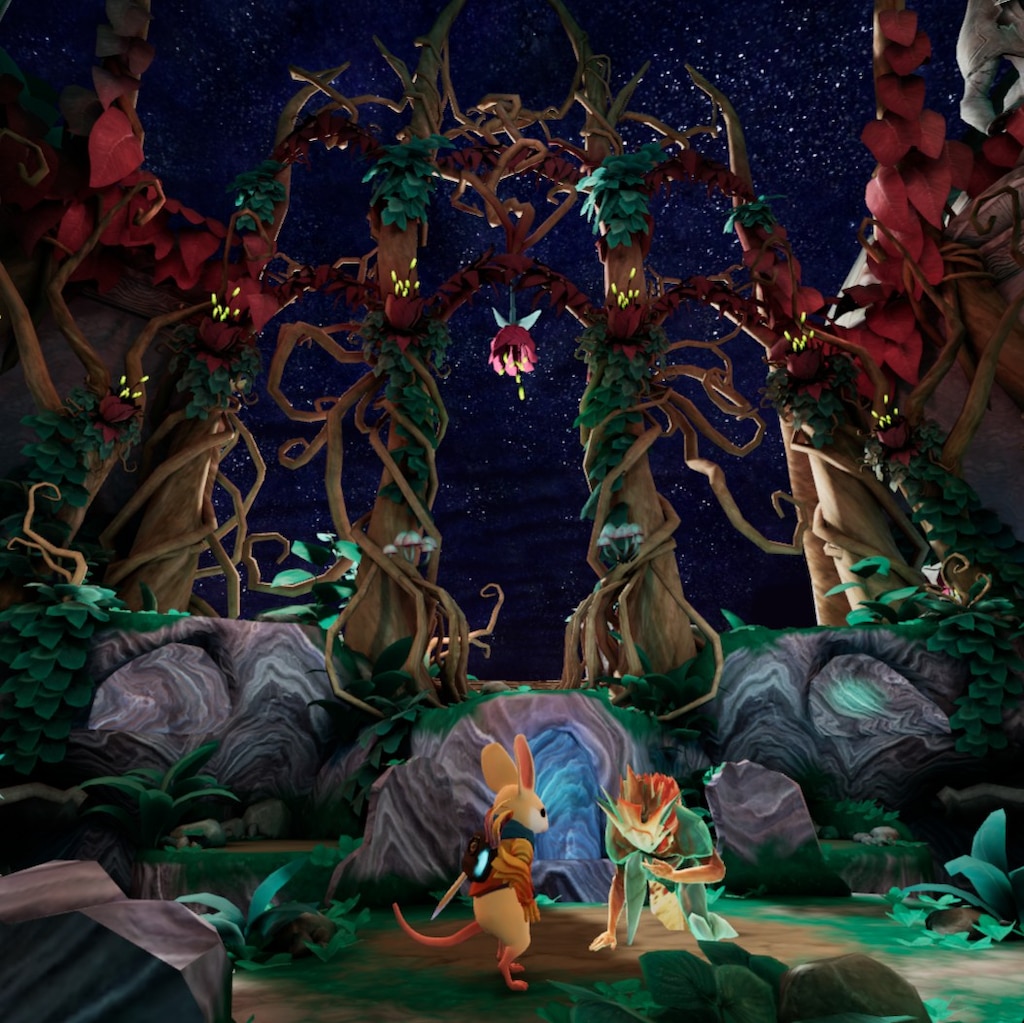 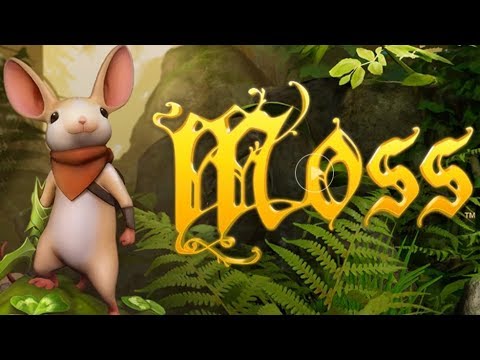 Recommended
7.1 hrs on record
TL;DR: Moss is a platform game where you control AND interact with Quill, a little mouse, in a mission to save her uncle. If you ever played Herobound on Gear VR you know what to expect gameplay-wise.

The game is GORGEOUS, the screenshots or Youtube videos doesn't make it justice. The VR gives you a presence in the world, you can look behind walls and other obstacles, move some of the objects, heal and give power to Quill and even control some of the enemies to use their capabilities against their peers.
It's 10000x times better than Lucky's Tales where VR was only a gimmick, here it really makes sense, sorry for pancake players.

Gameplay is similar to Legend of Zelda i.e. a mix of platforms, puzzles and combat.
The combat itself is very simple as you can basically jump, attack and dodge. You are able to take control of enemies to block them in place allowing Quill to hit them without danger. You can also use their cannon or make them explose to kill other enemies or help you solve some of the puzzles.
The puzzles are quite simple, it's often a mix of moving an object in the correct position, step on a pressure plate or hit a distant crystal to lower/raise a platform. You'll have to use the enemies at your advantage to trigger the pressure plates or hit a crystal while Quill stands on the platform.
The platforms sections aren't too difficult except in the last portion of the game where you need to quickly jump from platform to platform while a giant snake is throwing fireballs at yourself. I didn't really experience moments where I was jumping in the void because of a bad perspective.

Length-wise I spent around 4h for a first walktrough and 2h30 for consequent replays. You can redo each stage to collect the dust or relics you missed.

For achievements hunters: there is an achievement where you need to complete the game from a new save without dying once. It looks feasible when you redo each chapter independently but the difficulty reside in doing it in one setting without having upgraded armor or weapon. There is no built-in exit game button so you need to use the SteamVR "Quit game" option when you're about to die, fortunately the dying sequence is quite long. 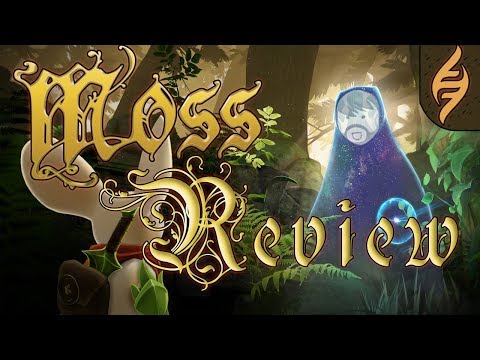 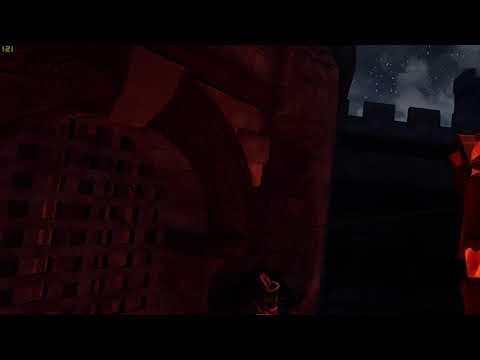 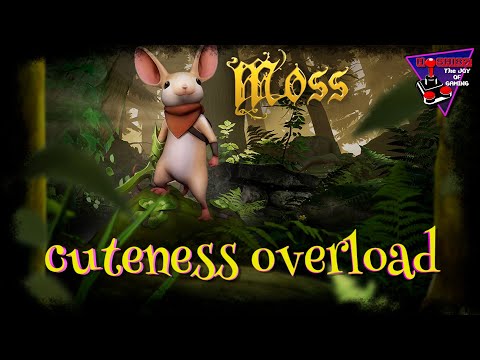 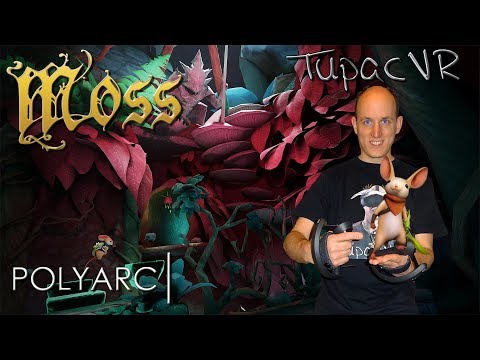 /
View all guides
Not starting
I am using Oculus Quest 2 with Virtual Desktop. When I try to start Moss, nothing happens. Tried to recheck and redownload the game. Same problem.... everything is up2date.
7

EmotionallyBroken
Mar 22 @ 11:32pm
General Discussions
HP reverb G2
Just played in G2. Unbelievable! So pretty. Would be nice if they have controller mapping for G2. Things like menu don't work
10

TheWave
Feb 26 @ 5:41pm
General Discussions
No one has rated this review as helpful yet

Recommended
5.4 hrs on record
Great VR platformer with some nice puzzles and a little combat. The scenery and aesthetic are very well done, love the animation of Quill. About 4-5 hours long if you take your time and look for the collectables. The story was set up for at least another chapter, but the developer has been rather silent about it so far. It does stand well on its own but ends somewhat abruptly, still easily recommended.

Recommended
4.7 hrs on record
Is alright. Frustrating that it picks your centre based on where you launch the game.
I like the art and music and sound design.
Also frustating were the controls. It took me a while to somewhat get the hang of the steering. It would always I would steer the mouse into the wrong direction.
The weird mixture of medieval fantasy fairy tale world however did not draw me in. You read a book in a library that is located in a church / cathedral building lol.