Command and customize your own capital ships. Take down opponents in thundering, team-based combat. Dreadnought is a free-to-play shooter that puts you at the center of spaceship battles on a colossal scale.
Visit the Store Page
Most popular community and official content for the past week.  (?)
WEEKEND GIVEAWAY
Jul 3
We're celebrating summer with a weekend giveaway. All Captains that play this weekend will receive in-game items valued at more than $120:
To get your items, log into the game this weekend and play a few battles. Be sure to claim your tint and coating collection from the market. The other goodies will appear in your account in the next couple of days.

See you in battle!

Dreadnought
189
54
cant join any games
i cant seem to join any games and i see no chat going. im waiting 5+ minutes and it still doesnt join
6

We were finally able to defeat all the technical challenges and deployed a new patch for the game. You will find the details below.

Some of these changes may require additional fine turning. We welcome player feedback through CS tickets from the in-game bug reporter or on Discord [discord.com]

NEW AND IMPROVED GAME MODE: CERES AWAKENS (AVAILABLE FOR A LIMITED TIME)
Some of you may remember the “Ceres Awakens” event we did for PC a couple of years ago. By popular demand, we’re bringing the game mode back with a few improvements.

Ceres Awakens will run through the end of July. For more information, please visit the Ceres Awakens announcement.

Now Available on PlayStation®4
The first time we tried Ceres Awakens, we found some tech issues that limited it to PC only. This time around we were able to solve the issues, so now our PS4 Captains can also play the game mode!

Faster gameplay and a new boost
This game mode is intended to be frantic and fast-paced, but the frequency of tech cache spawns was too slow and the duration of the buffs was too short, so players didn’t really take advantage of the caches.

We decided to have a chaotic bombardment of tech caches and extended the length of buffs so that you can keep the action going if you are picking them up regularly.

We also wanted to add something new, so we included a rapid-fire buff to the list of possible tech caches.


Now with bots!
We also added the ability to have the games fill with bots to help get matches quicker. The bots will not go for Tech caches, so if you are in a game with bots make sure someone on your team is picking them up.


Let us know what you think, and how else we can make this mode more fun.


GAME IMPROVEMENTS
Better AI Bots
We know that the current bots don’t help as much as we want at times, so we are looking at ways to make them feel like contributing members of the team.

We found that bots were not using their modules in the most effective way, so we created new rules and improved the “thinking” of the bots so they can better in deciding which modules to use in any given battle scenario.

There is much more we want to do to improve the AI and decision making abilities of our bots, but this should give them more tools to be a threat. Let us know what you think, we welcome player feedback.


Improved “Proving Grounds” mode - Better PvE gameplay
We wanted to make Proving Grounds a more challenging mode of PvE gameplay. These matches will now feature a 6 vs 8 format: your team size is now limited to 6 players, but you will face an enemy team of 8 bots.

This team size change combined with our better bots should make these matches a bit more challenging.

It’s important to note that Proving Grounds matches are often one player and bots vs a team of bots. However, you can join as a squad if you want to play with other humans in your team.

Artillery Cruiser - Improved Siege Mode
Siege mode has been a rarely used module for two reasons. First, it didn’t do anything that couldn’t be done better with other modules. Second, it was also too easy to miss as the projectile is very slow-moving and its area of effect didn’t help if it never exploded.

For these reasons, we decided to add proximity detonation so that it could hit more consistently. Additionally, we increased the AOE slightly and increased the damage to be competitive. We will be watching how this performs to see if the changes work as intended.


Artillery Cruiser - Improved Damage Auto-beams
Damage Auto-beams were underperforming so we decided to give them a boost. We also decided that the duration needed to be reduced so that you have to be more deliberate when you use it.

The cooldown was also reduced so it is available more often per encounter. Again, we will watch how this performs to ensure we didn’t go too far.

We have received feedback about the Assault Blink Warp being a bit too strong, so we wanted to pull it back just a bit. We didn’t want to just reduce damage and make it useless, so we reduced enough that you need to either boost the damage or soften up the target in order to use it for an execution.

While investigating this issue, we also found that if you were touching the target when using the module, you sometimes won’t hit. We implemented a fix for this as well.


Hit detection should now trigger their starting point with more consistency for those times when you are touching your target at the beginning of the warp.

Stronger Stasis Auto-beams
We’ve also heard that the Assault Blink Warp was hard to counter if the enemy was good at it. So, we decided to strengthen the stasis auto-beams so they could be used to counter the assault blink warp tactic.

This won’t help you if the enemy sneaks up on you, but if you see them coming this can help keep them out of ABW range for a bit longer.


Improved Weapon Breaker - now affects healing weapons
Another long-standing concern has been the effectiveness of the “heal-ball” strategy. To give players another tool to combat this, we decided to add a healing debuff to Weapon Breaker missiles so that it will affect healing beams as well.


MARKET IMPROVEMENTS
Bundles Filtering
It has always been difficult to find what you want in the market bundles tab, as all the bundles are listed out with no real sorting or filtering options available.

We decided to add more filtering options to help you find what you are looking for. The previous functionality of filtering by either Captain Vanity or Ship Vanity still works as before, but now includes subfilters for each group.


“Limited” Tag On Seasonal Items
We have always had seasonal items in the market that are only available during certain times of the year. This hasn’t been as obvious due to our releases being very spread out. In the future, items will start leaving and entering the market more regularly.

In order to communicate to players what items have limited availability, we added a “Limited” tag to show which items are only available for a limited time.

BUG FIXES
PC - Global Chat
There has been a long-standing issue on PC where if you queue for a match immediately, then open the chat window, it would fail to join Global or language-specific chat rooms. We have changed this so that it only restricts joining chat rooms if a match has already been found.


A FINAL NOTE ON BALANCE AND GAME MODE CHANGES
As we said at the beginning, some of these changes may require additional fine-tuning.

We welcome player feedback through CS tickets from the in-game bug reporter or on Discord [discord.com]

As always, many thanks for playing our game. We’re looking forward to seeing you in battle!

Ray Dog and the Engineers of Sinley Bay 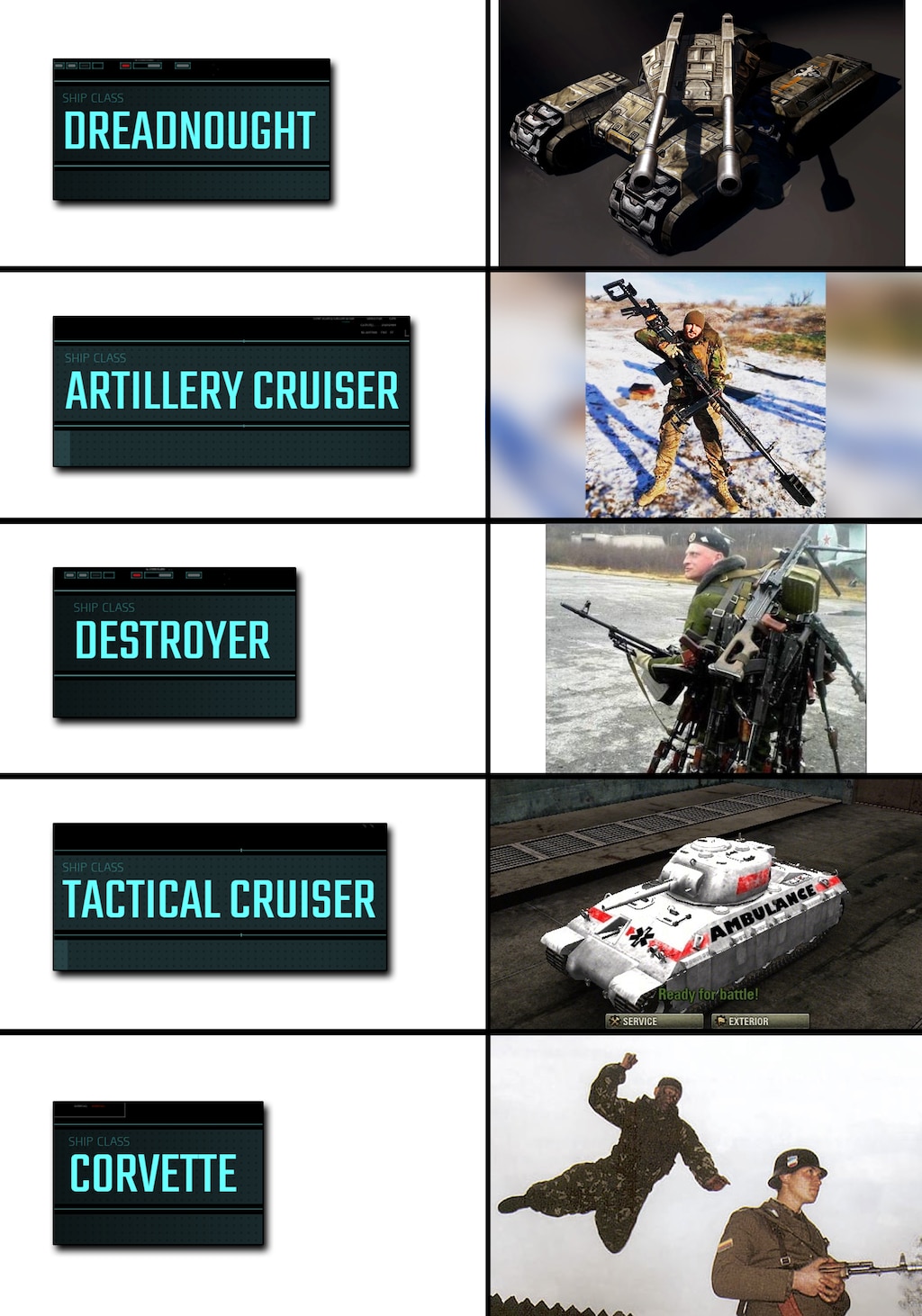 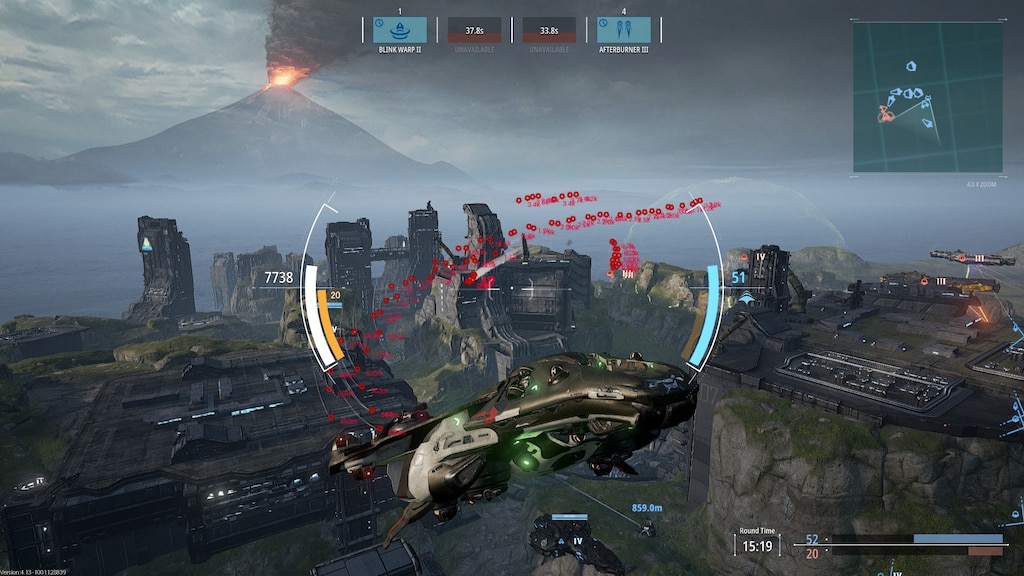 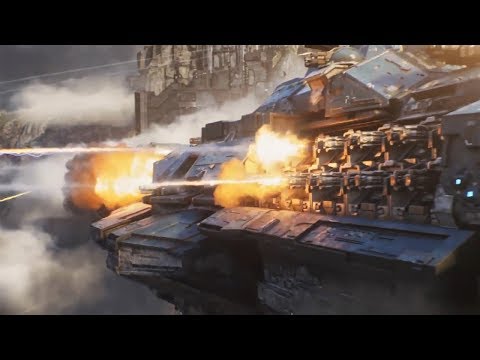 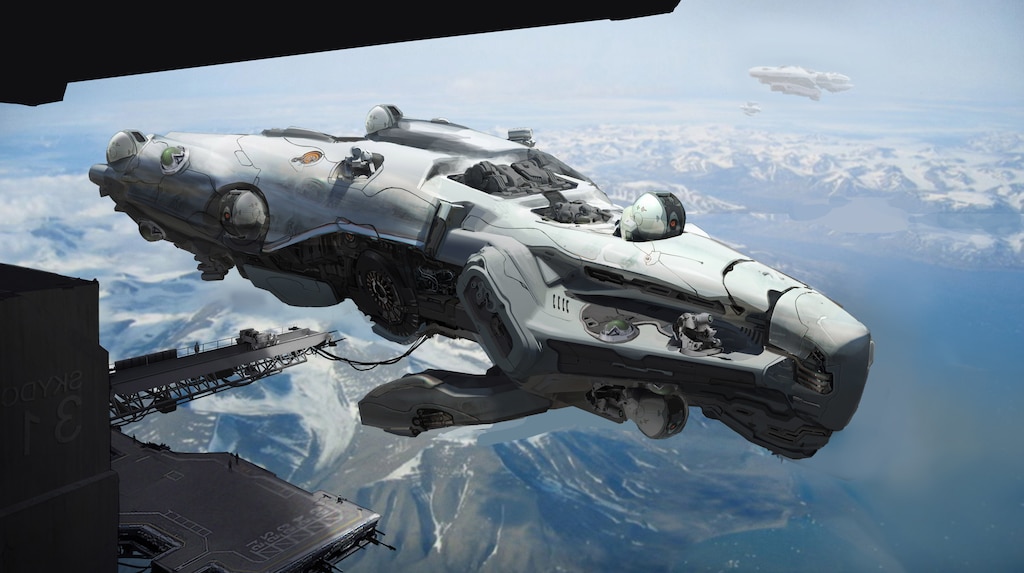 0
2
AN AION DOCKED TO A SUB-ORBITAL HANGAR 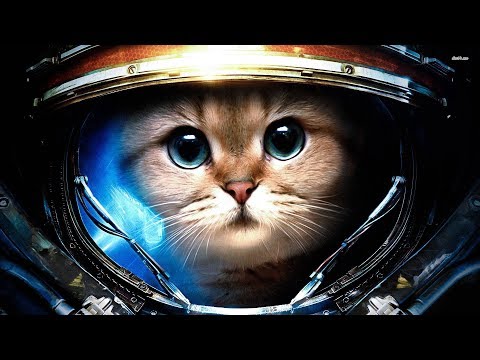 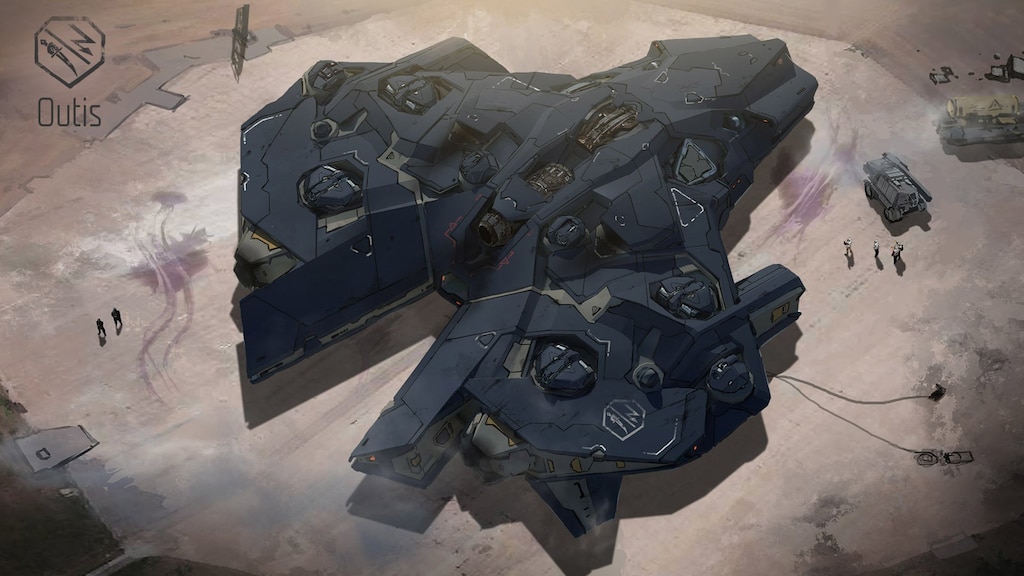 0
0
AN OVERHEAD VIEW OF THE OUTIS, A FULGORA-CLASS HERO SHIP 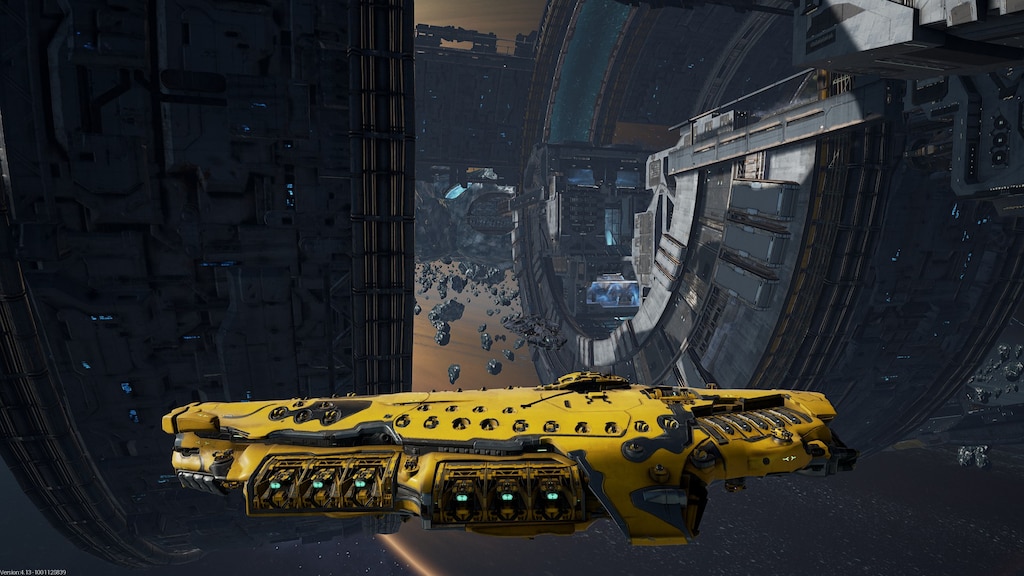 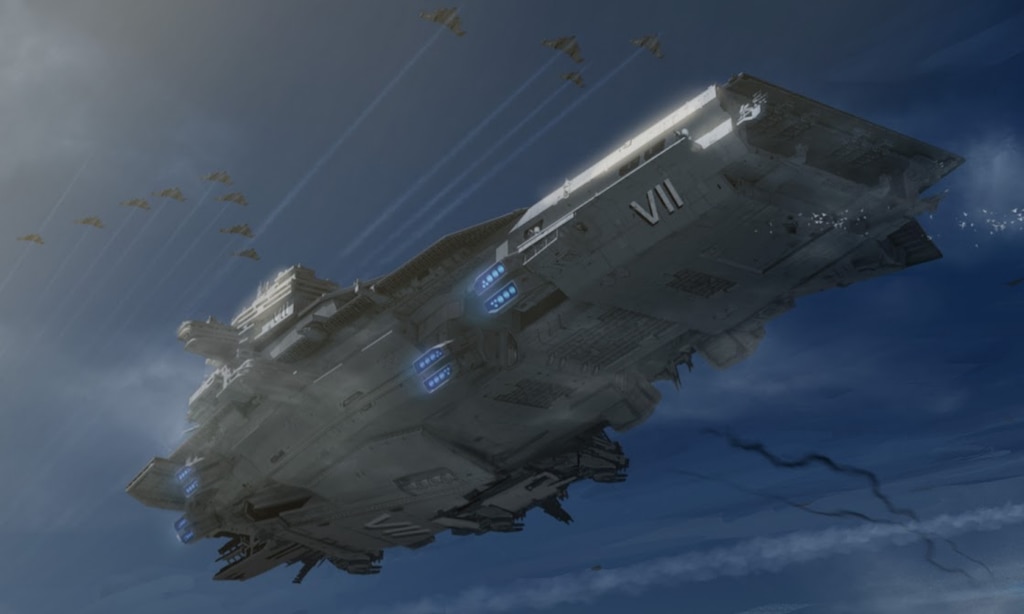 Not Recommended
6.9 hrs on record
Game itself is decent. Was a lot more fun in beta without the dumb progression system tho. However my main reason to leave this negative is that while you are searching for a game (which can take 2-20 minutes in vet tier) or just sitting on the home screen your GPU gets maxed out to 95-100% (In my case a rtx 2060 super) which turns it very hot. The game itself doesnt use nearly as much ingame. IDK if its just bad programming or its something fishy like mining. Do with that info what you want 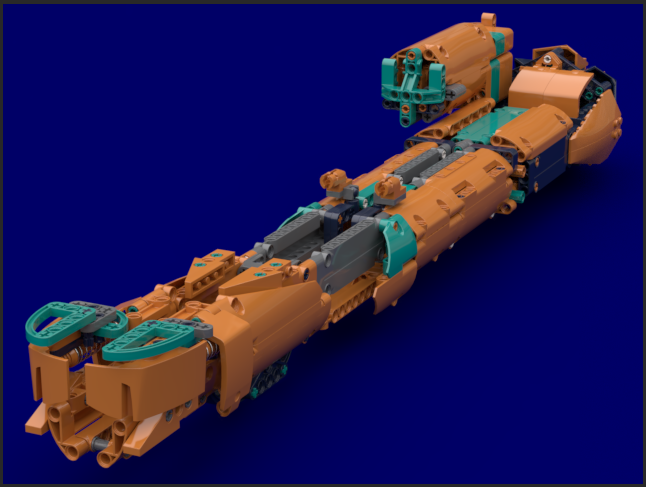 Dreadnought Flight Manual
This flight manual contains our favorite community-created submissions, unfiltered and straight from the forums. To see the original posts, follow the links at the end of each section. Enjoy! 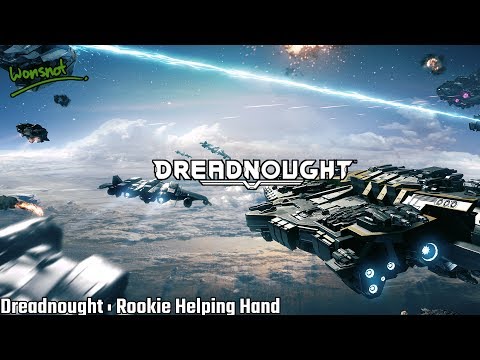 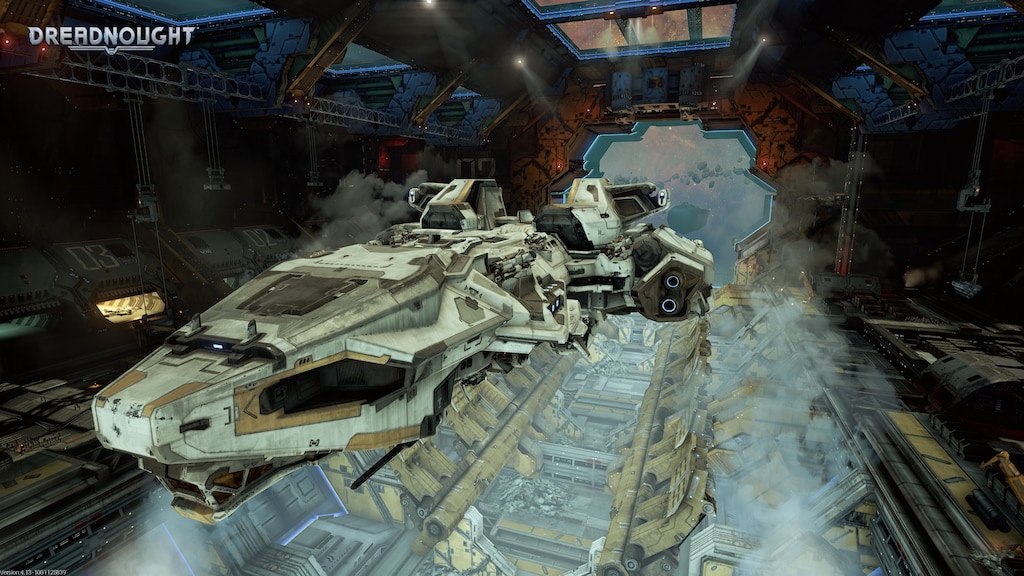 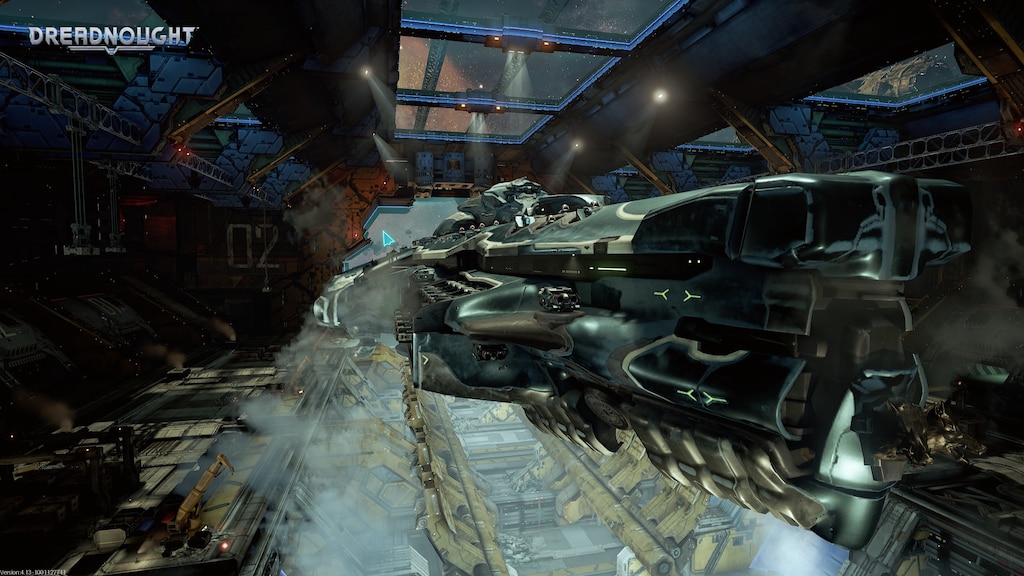 Beginner's Guide to Ship Settup
A general guide to assist newer players in what all the mods and briefings do and how to get them. 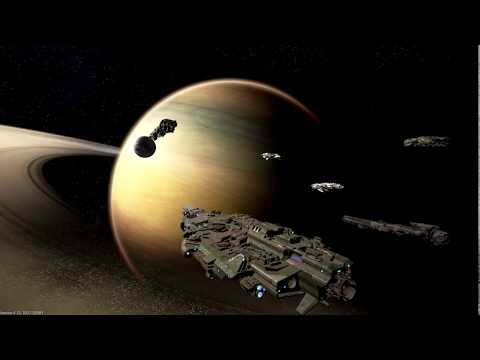 Belisaurius's Notebook of Naval Combat
As much a log of what I've found does and doesn't work as a beginner's guide to Not Sucking. I'll be covering basic technique for every occasion, class specific advice, and finally some theory on group tactics.

Not Recommended
18.9 hrs on record
The game would be good if it wasn't mostly dead. Every game is 50% bots, I played during the weekend give away and got $125 USD worth of exp and stuff meaning I could get to late game ships faster but there were still 4-6 bots in each game.

Play in a full squad of players otherwise give this one a skip.

[LYB] OpalEye
View all guides
Support not responding for multiple months
I was created a ticket 5 months ago and still nothing. If anybody from devs see this message, please help me to unlink my Dreadnought account from my Steam. I waited for 5 months, guys. I beg you, please help me.
1

IMMORTALIS
5 hours ago
Support
Secondary weapon for Cattaro
I am really struggling, even after hundreds of hours of play, to see what secondary weapon may be useful for the Cattaro, All the secondary options are less effective at every distance than the primary weapon and considering its a beam, it needs no "reload" ... never ... so even that interest don't exist ... Any clue or the Cattaro is just doomed to stay with its main weapon forever ?...
2

hatani
Jul 10 @ 3:14am
General Discussion
DAMNIT!
I missed the weekend giveaway by a minute. You guys at Greybox do know the weekend doesn't actually end until midnight on Sunday, right?
4