The year is 3015. The battlefields are dominated by war machines known as BattleMechs. Level entire cities and decimate the enemy in your BattleMech. Follow a quest for glory and revenge. Manage an expanding mercenary company. Fight alongside your friends with a four-player PvE co-op.
-50%
$29.99
$14.99
Visit the Store Page
Most popular community and official content for the past week.  (?)
Rise of Rasaslhague is available now!
Jan 26 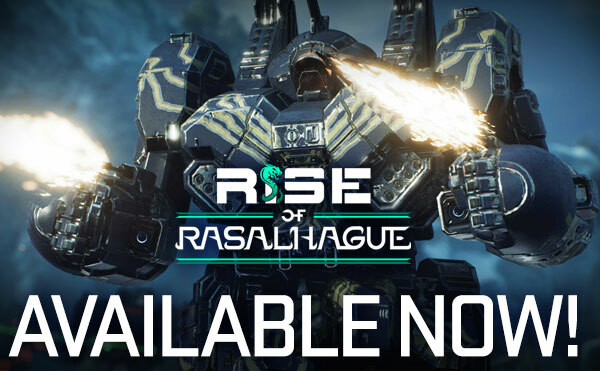 It's a great time to pick up MechWarrior 5 Mercenaries and previous DLCs!

MechWarrior 5: Mercenaries
597
51
why dont my squad mates listen to basic commands?
form on me doesnt mean sit 300m away fighting a random pheonix hawk. when i say follow me the ai should FOLLOW ME. i dont understand why this is so difficult to do. The ai has improved, but my god is it still 10 years outdated.
11

Not Recommended
0.4 hrs on record
The game looks great...


However, if you value your privacy stay away from this honeypot. They have literal TOS and privacy policy screen before the game starts that makes it clear they sell your data to third parties for "legitimate interests".

How to Get Best AI Pilots?
Guide on choosing best AI pilots.
136 ratings 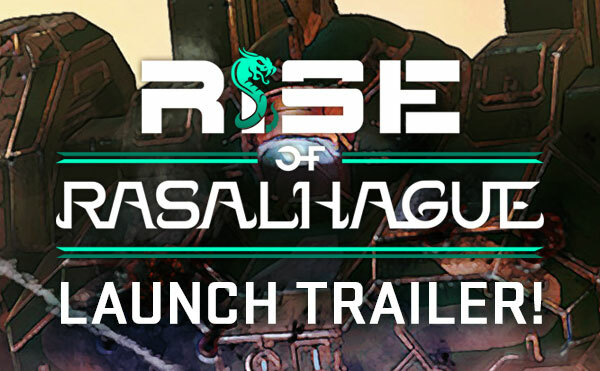 ATTENTION MERCENARIES!
Mark your calendars because the fourth DLC for MechWarrior 5: Mercenaries,
RISE OF RASALHAGUE[mw5mercs.com]
is releasing on January 26th!
The new DLC features[mw5mercs.com]
A new 12-story mission line, the new and powerful Crusader BattleMech, The Bounty Hunter,
UI and AI Updates[mw5mercs.com] that significantly improve the game experience, and more!

A couple of quick reminders;
if you're a Creator, download the Fan and Creator Asset Pack[static.mw5mercs.com] for even more fun,
and if you play MechWarrior: Online, our PvP MechWarrior title, don't forget to
Rise to the Challenge and receive 1250 MC and 100 GSP [mwomercs.com]
just for wishlisting Rise of Rasalhague! 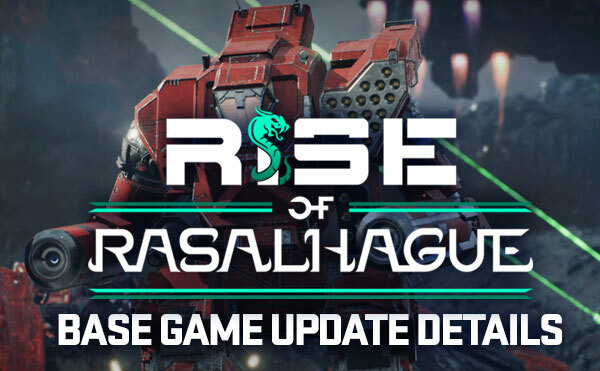 Piranha Games is very excited about the upcoming release of our fourth DLC for MechWarrior 5: Mercenaries, Rise of Rasalhague. Arriving January 26th, this DLC will also include a Free Game Update that includes a variety of significant improvements to AI performance and behavior, as well as many quality of life improvements that will make the gameplay experience even more enjoyable for our players.

Here are the key features in the Free Game Update:

We're confident that these improvements will enhance the overall gameplay experience, and we’re excited for you to try them out! Thank you for your support, and we’ll continue to listen to your feedback. See you on the battlefield!

Best Mech for AI in Early Game, IMO
I found the AI pilot do well as my Lineman or shield role, if I equip them correctly. So with AI, I play myself as the Long range missile and Laser guy role, and I can see battlefield more clearly. For example, the main weapon in game, the M-Laser work...
74 ratings

Not Recommended
9.3 hrs on record
One of those games you just wish was better, exacerbated by lots of poor design decisions that unnecessarily draw out game progression. Like so many games these days this just feels unfinished or rushed. This is more like an engine/platform for a base game that has been left to mods to finish/create.
A lot of great ideas, just not well executed.
You will see from Lets plays etc that you cannot just jump in to games and expect to have fun, prepare for lots of fiddling around in menus that are just not intuitive and learning lots of meta in what is good or the game will be heavily stacked against your enjoyment.You will spend more time dealing with game crashes from balancing mods and hunting through menu's than enjoying the game. As as a player coming from MechWarrior 3, I am really unimpressed by the design of the mechs on this one. It feels like there are more mechs yet with less variety of them.
Because Mods have basically had to build this game, each time a new DLC is released it basically just breaks the game as clashes occur until Mods fix that also. The Mods should really just be brought onboard and paid.

Credit to the Devs at least for not including any Micro transaction/exploitation mechanism bollocks that treat the players as cattle to be milked for money at least.

Wait, or grab it while it is on sale or reduced via Keys etc once you research the amount of effort required to use mods etc to make it what it should have been.

Not Recommended
83.2 hrs on record
This game, like most Mechwarrior games, is pretty ♥♥♥♥. It basically weaponizes a universe with a dedicated, harcore fanbase into accepting a wet fart of a game. Let me be completely and utterly frank:

Your first hours on starting a campaign will be pure ♥♥♥♥ and ball torture, barely scraping by with enough money to repair your crappy mechs to be thrown into the arena again, versus two lances of mechs of equivalent to better composition. Early game you will be struggling to survive, but sadly this will be the golden times.
Later on you will have the reputation (finally) to get paid what you are worth, and once you breach into fielding heavies, the game is over. It is a boring cakewalk as you faceroll and alpha strike every leg on the map. You will never field anything south of a heavy again for the entire game. You can, if you wish, go do the little missions for some money, but there is absolutely no reason to field anything other than the heaviest mechs you can, throttle up and fire.
The AI on the enemy side will focus components on your mech it seems, however on your side they will commonly meander into buildings, attempt to fire through buildings at targets, and generally do very little. This is why the game is terrible if you have less than 2 other friends to play with, you generally want to only field 3 mechs in that case, since giving the AI a mech is a great way to increase your repair bill.

In short, we, as battletech fans are playing these games solely because no one else makes battletech games. I have wasted my time on this game and all I've gained is this frustration and realization I have been doing so. 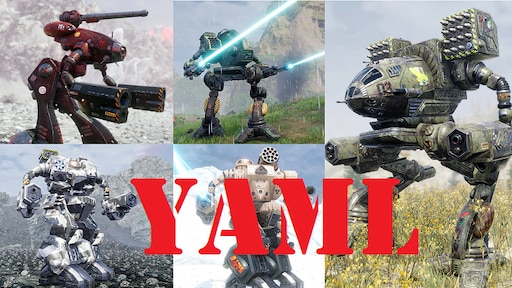 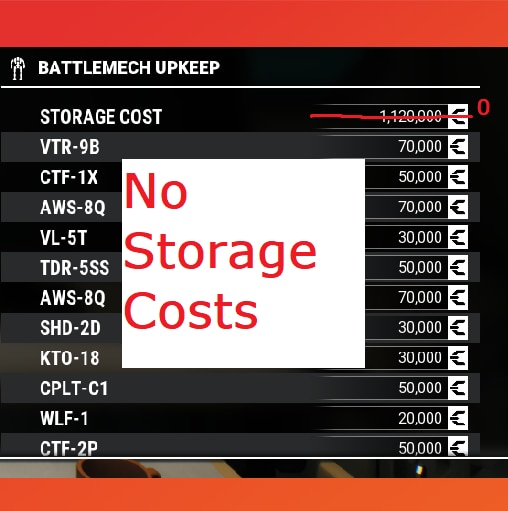 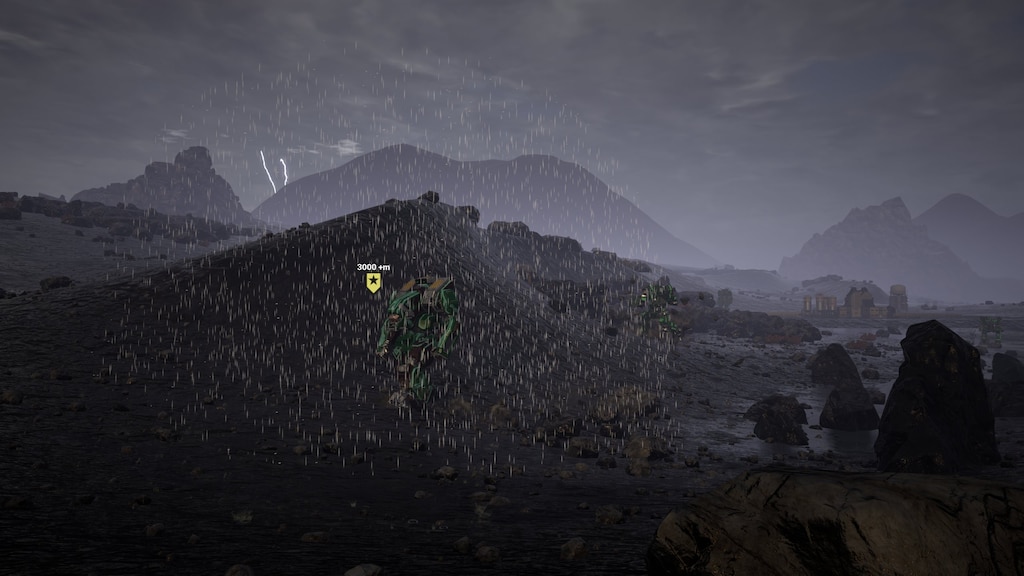 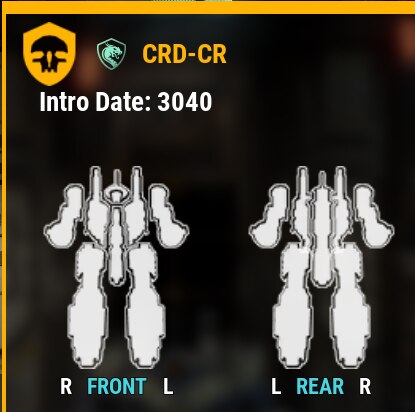 cszolee79
View Steam Workshop items
State of the Game, Mods?
I liked MW4 and I disliked Battletech (the pc turn based game, for its story/writing/characters as I usually love turn based combat). I played this a bit a year ago and it was alright. Not particularly memorable so I uninstalled. Is it in a better place now? I saw someone write that there are mods that make it better. For context I'm getting my mecha fix via playing older armored core games, starsector, and watching Legend of the Galactic Heroes. Kinda curious about consuming more Macross....
2 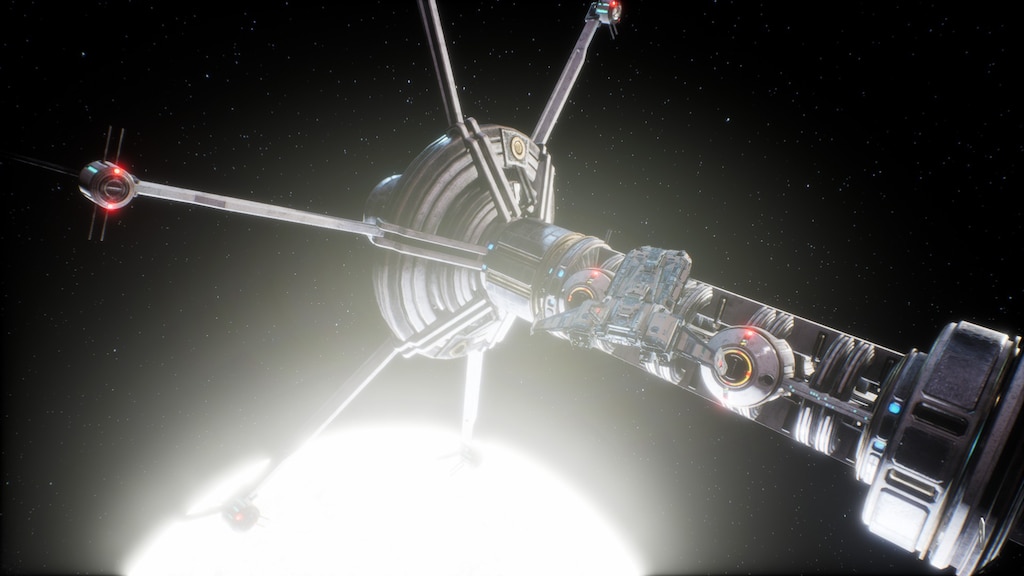 Nobody That Matters
View screenshots
Artwork 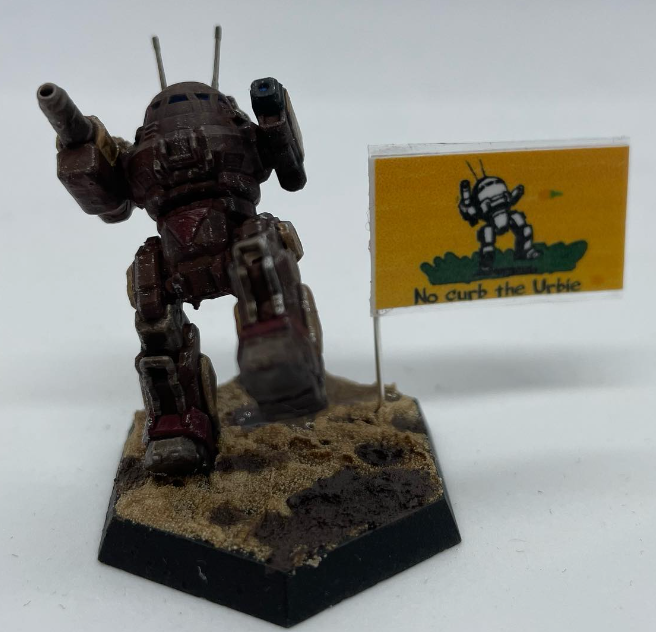 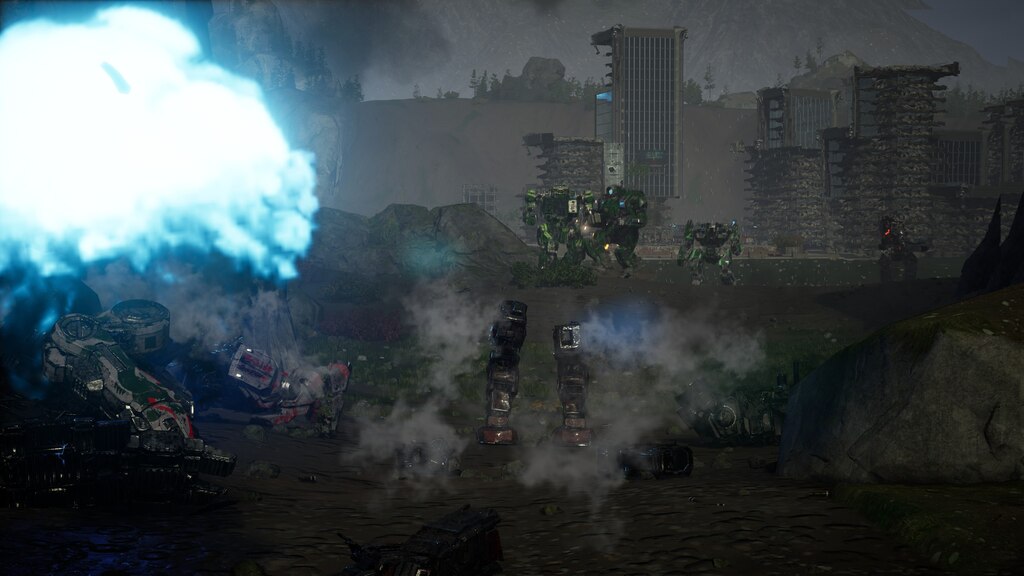 0
2
Guess I shot that one pretty hard!

Black Flickering Ground textures FIX!
Was having a HUGE issue with ground textures flickering black. Looked like overlapping textures in old elderscrolls games. IF YOU HAVE THIS ISSUE THIS IS HOW TO FIX IT! add this to your command line arguments within steam -D3D12 If you run into a ... 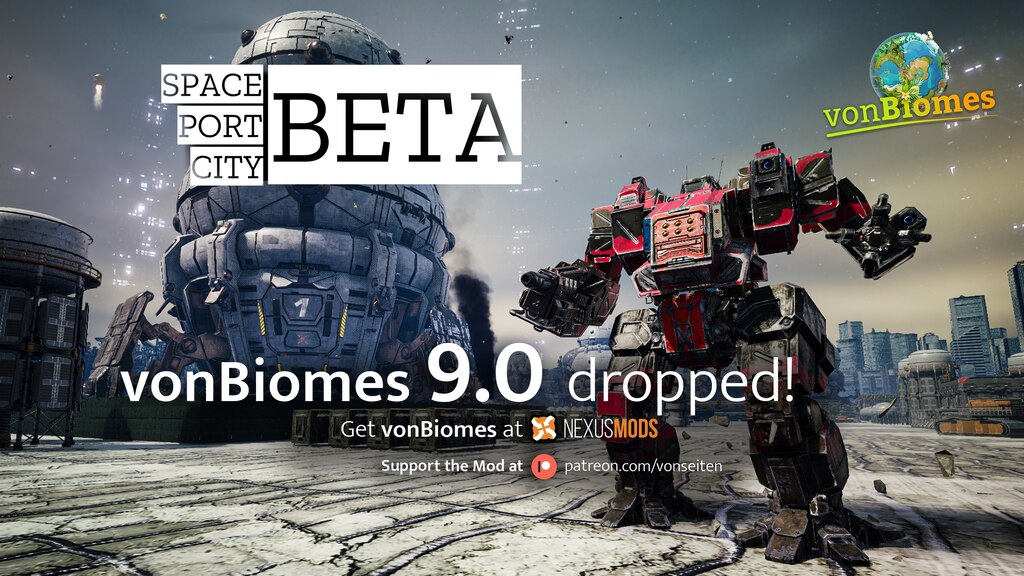 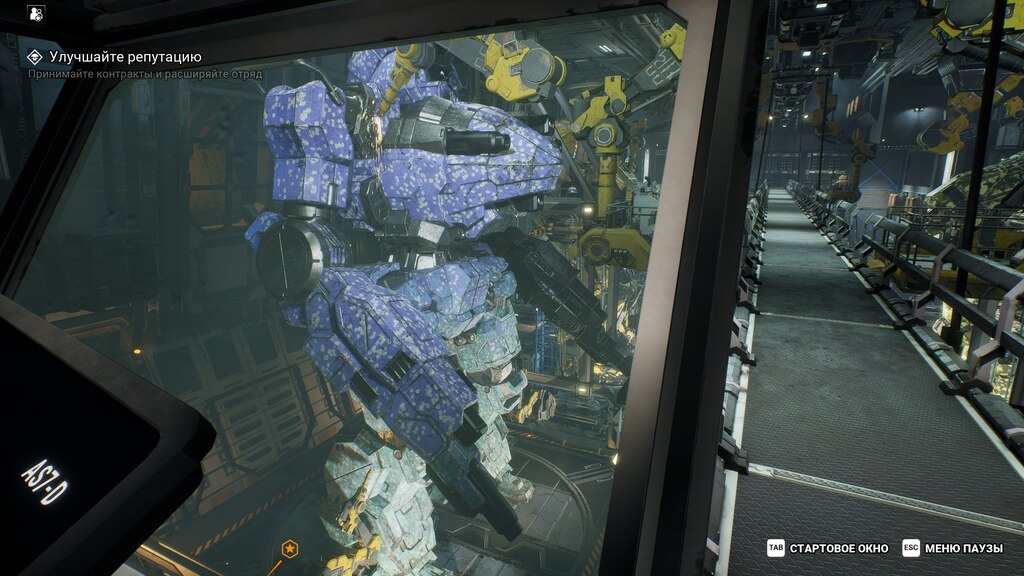 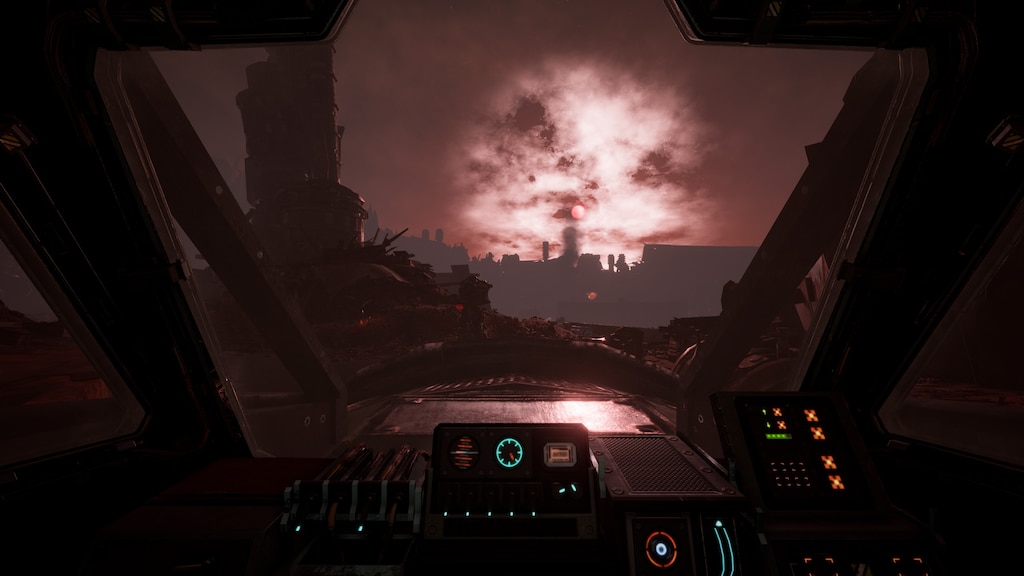 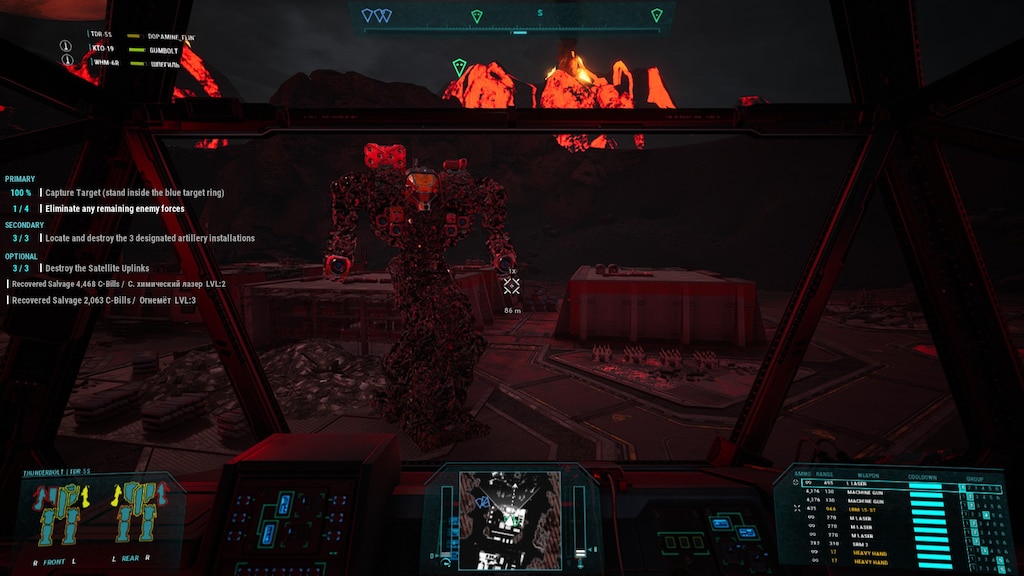 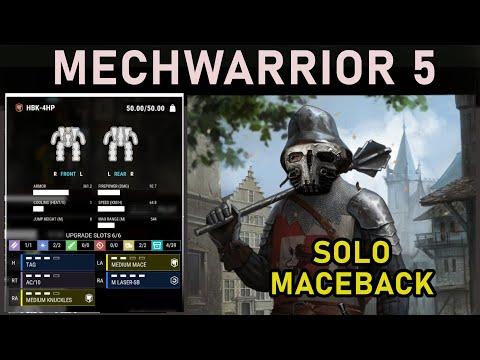 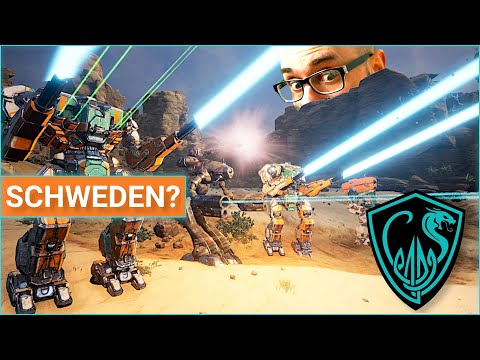 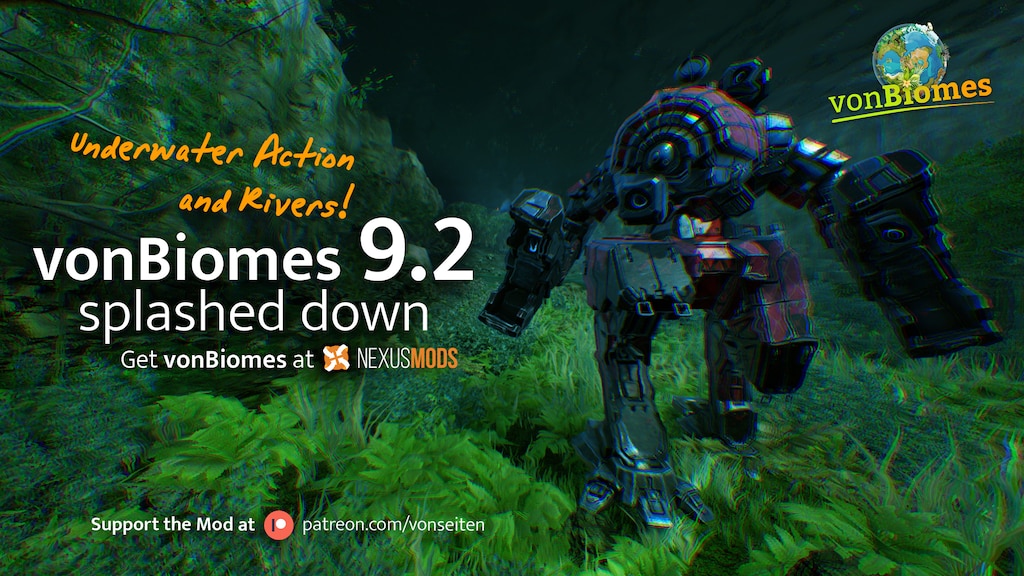 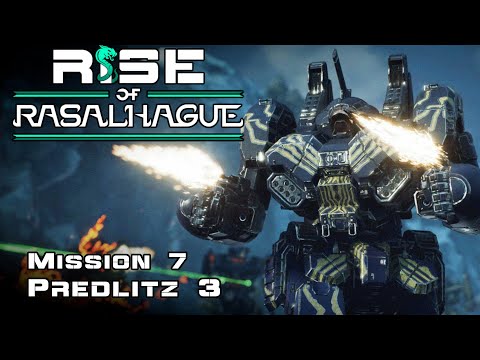 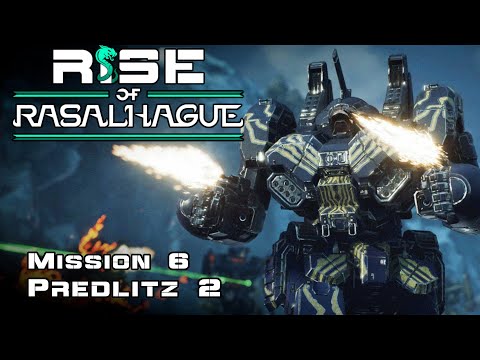 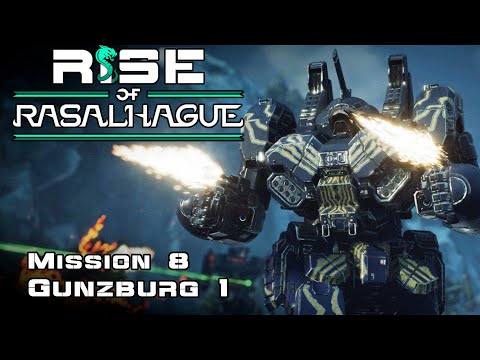 Calmputer
View videos
Why do enemy mechs seem to avoid/deflect damage sometimes?
I've noticed that higher rank AI will quite often eat a gauss round to the face, and often have the damage deflected to the shoulder/arm Or they'll occasionally take a huge burst from multiple weapons to the torso and barely take a hit from it. It's honestly starting to get a little annoying with some of the clown car spawns some missions have. (surprise we had 5 mechs just sitting here behind this rock who have 100% totally been here this whole time and not just spawned in due to mission trigger)...
10

Madjar
4 hours ago
General Discussions
Yaml related question
This question is more geared for those here who use the Yet another Mechlab mod. I want to know what the point is to equipment like primitive engines. the mod already adds engine cores which has in the description what speed the mech can go up ro, but the primitive engine is a piece of equipment that can be added on top of the core and equipping it actually makes my mechs move slower. I'm a bit puzzled whats its used for is not using it makes my mechs go faster already. Like if this is a part to upgrade my...
13

Argonisgema
38 minutes ago
General Discussions
Sluggish First Person Shooting
I don't know if the developers of Piranha Games looks through the steam Discussions, but I'd like to share my thoughts on a very niche mode in the game's settings. I don't recall how recent this setting was added to the game, but you can now change the controls to act more like a first person shooter game rather than a tank/mech game. This is a really nice addition for people like me who feel more comfortable with FPS control schemes, more fluid and natural. However, I found that the aiming in mechs is qu...
18