It’s time to ‘scrub in’ solo or jump into 4 player online games in this physics-based surgery sim with ludicrous coop and competitive play, plus an awesome builder mode. Unearth the mysteries of the Bossa Labs Medical Facility and save Bob’s life. Get ready to team up for trauma!
$19.99
Visit the Store Page
Most popular community and official content for the past week.  (?)
Surgeon Simulator 9th Anniversary Retrospective
Apr 7
Hi surgeons!

Can you believe it's been 9 years since the original Surgeon Simulator launched?! It's fair to say that the game was a defining moment in Bossa's history and helped shape us in to the studio we are today.

We're celebrating the games 9th Birthday by offering some hefty discounts across both the original Surgeon Simulator and Surgeon Simulator 2: Access All Areas, as well as a special Anniversary Bundle which includes both games at a heavily discounted price point! 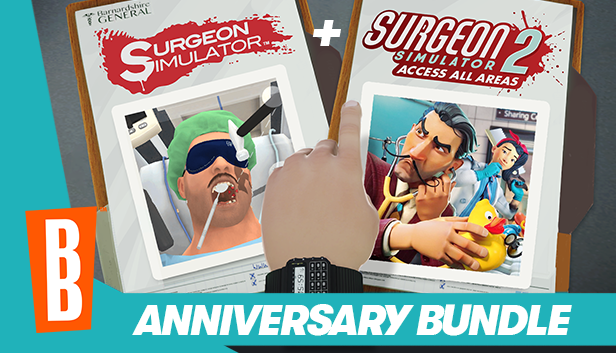 We also have a short retrospective about the original games development from lead game designer Luke Williams to share with you, enjoy!

The theme of the 2013 Global Game Jam was the "sound of a heartbeat" but what outside influences (if any) inspired you to interpret that in the way that you did and come up with a surgery themed game?
I think our actual first thought was a heart transplant, something very literal involving a heart. We toyed around with a couple of other ideas after that because we felt it was a little on the nose, and not a very creative way of interpreting the theme, but ultimately we kept coming back to the heart transplant idea!

The original Surgeon Simulator prototype was made in just 48 hours, what do you think the biggest development challenge was with such a short window?
You never have as much time as you think you do. If you think you have a small idea, make it smaller, and then make it smaller again. The biggest challenge is always when you start trying to finalise the "game". Suddenly you're like "Oh we need a score, timers, main menu, completion screen..." and those things can really sneak up on you.

Were there any features that you would have liked to have included in that original prototype that eventually made it in to the full game?
Nothing major actually, one thing we thought we could do was add more to completing a surgery. In the game jam we originally wanted you to have to attach the new organ but we ran out of time and couldn't think of a good mechanic for it so we just went with "just slap it in the right sort of position and call it a day...". When it came to the full game that vague completion criteria actually drove a lot of the setting and narrative so we ended up leaving it how it was and focus on different organs and areas of the body.

As mentioned, the original prototype was made in just 48 hours and then the full version of Surgeon Simulator was made in just 48 days. Was it a conscience decision to restrict development time of the full game to 48 days to keep in-theme with the original 48 hours, or was just purely coincidental?
Hah it was neither. As we were getting closer to launch I think we looked at the development and it was close to 48 days so we stretched the truth a little and said that it was, just because it sounded nice for the trailer. I'm sorry to anyone who feels betrayed by this revelation.

What did you find most challenging about scaling the prototype experience up into a full game?
For me it was certainly a "now what?" moment. It wasn't immediately obvious what areas to expand into a full game. Early on we figured we could do a kidney transplant but after that humans don't really have much more to dig around in their torso for. The possibilities really opened up when one of our IT guys suggested trying to do surgery in the back of a moving ambulance, it was a bit of a lightning strike moment and we instantly knew we had to do it. We still had to keep the scope small but extra environments allowed us to put twists on the already existing surgeries and mixed up the gameplay and chaos enough to warrant us calling it a full release!

The controls in Surgeon Simulator are legendary by this point but also very divisive - did you ever consider taking the "simulation" aspect a little more seriously and making the controls a little less "slapstick"?
Nope, never came into question haha. We had a few people in the company coming to us and saying "We literally can't select the first level" but we were young and stubborn and decided that would be the defining aspect of the game. Though I will clarify that while the controls are very difficult, they are consistent. We tried very hard to make sure the controls only did what you told them. This is what lead to many players persevering and having 1 more go, because ultimately each attempt you would do a little better!

Finally, looking back is there anything that you would have done differently with either the original game jam prototype or the full version of Surgeon Simulator 2013?
We had a location idea of doing surgery in the back of a plane in flight, complete with loops, barrel rolls and banking, that would've been wild. Essentially I would've loved to add more locations and other environmental challenges to interfere with your... attempts at surgery. Perhaps in a future game?....

So there you have it! We hope you'll join us in wishing the original Surgeon Simulator a happy 9th Birthday and we'd love to hear what your favourite memory from the Surgeon Simulator franchise is, so drop us a comment and let us know! 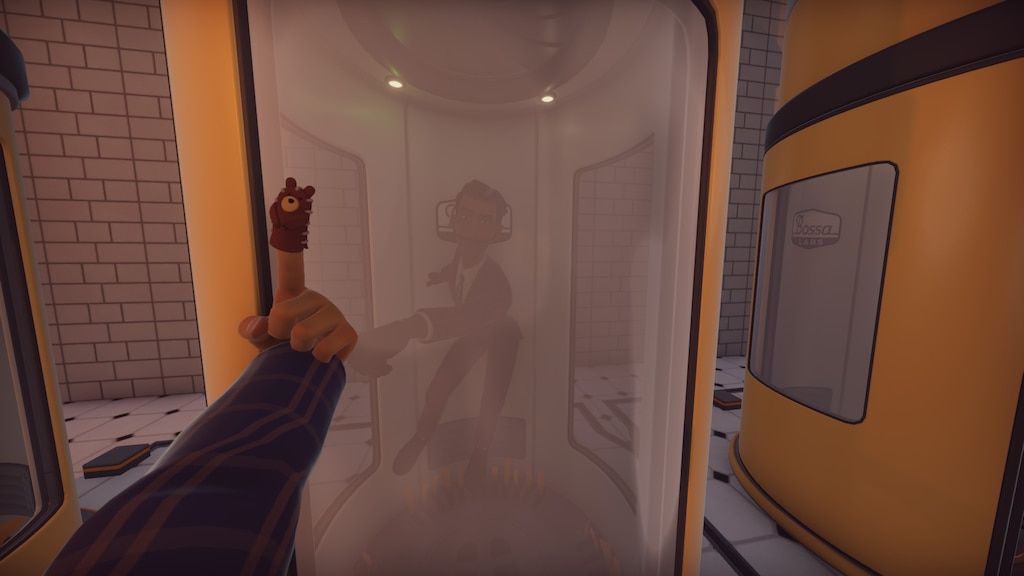 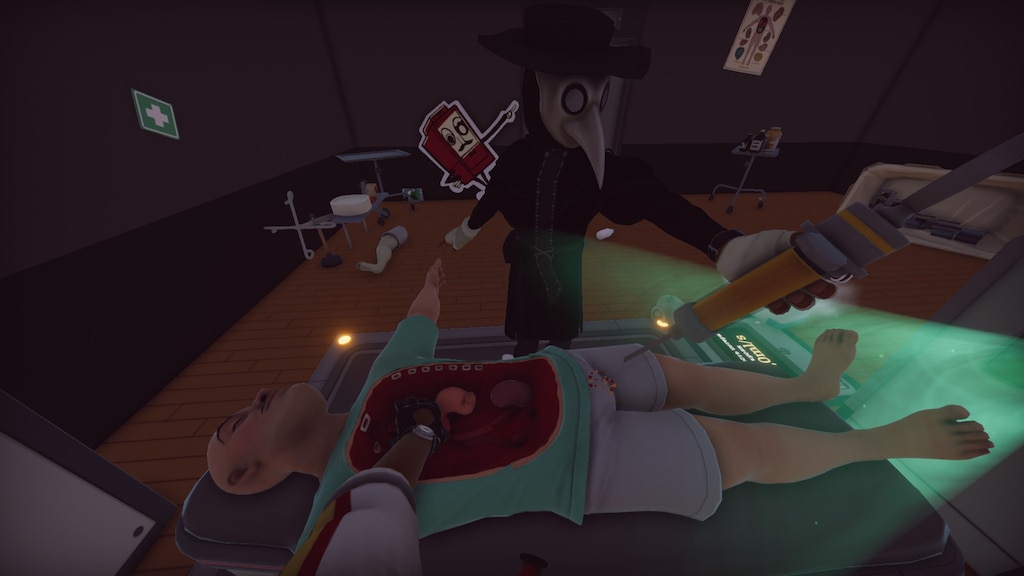 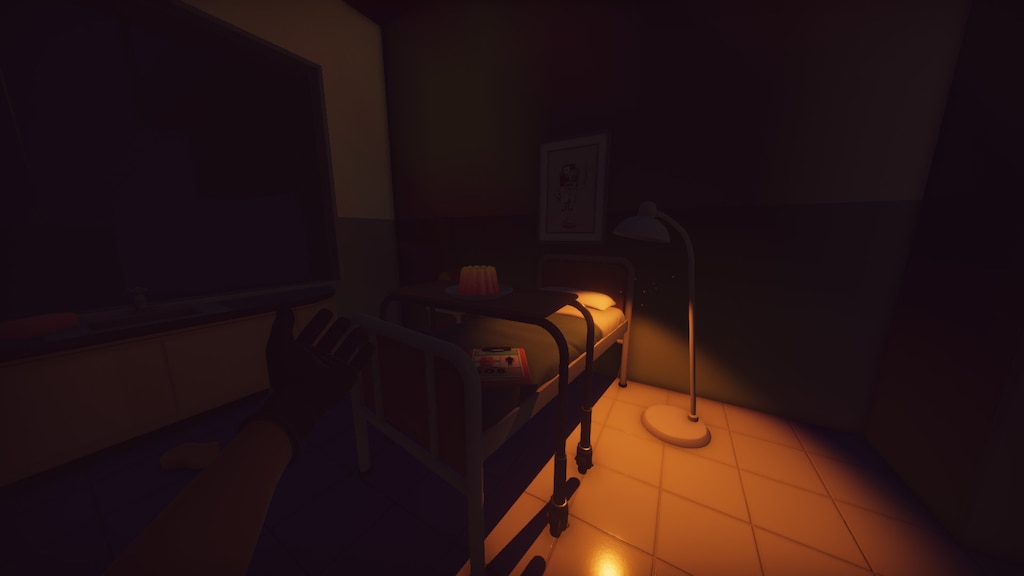 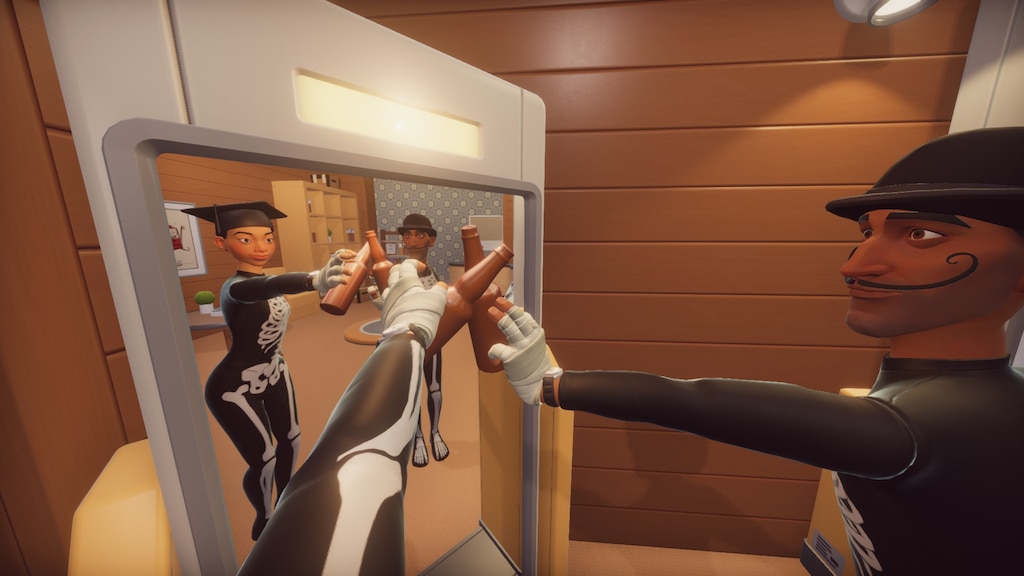 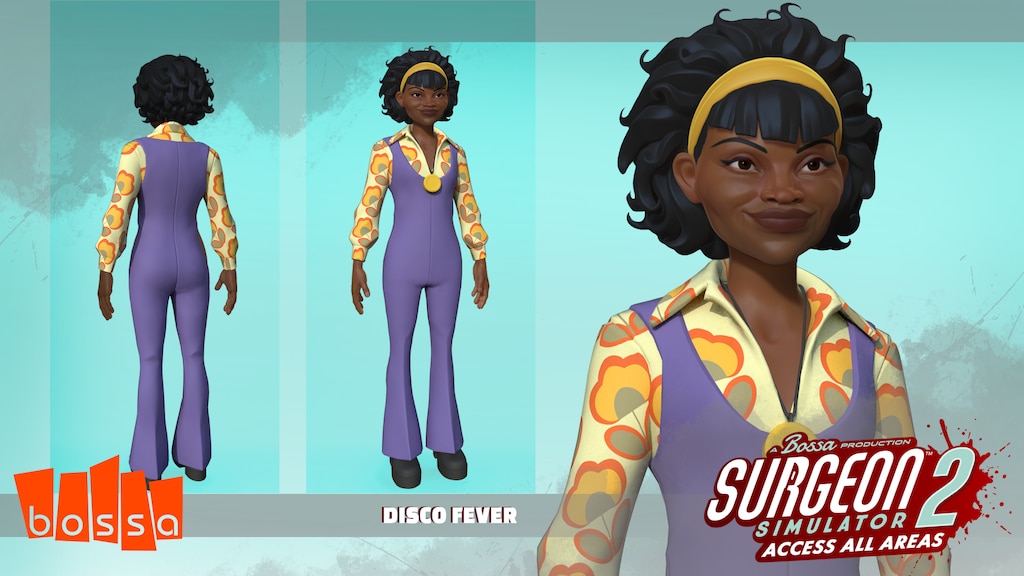 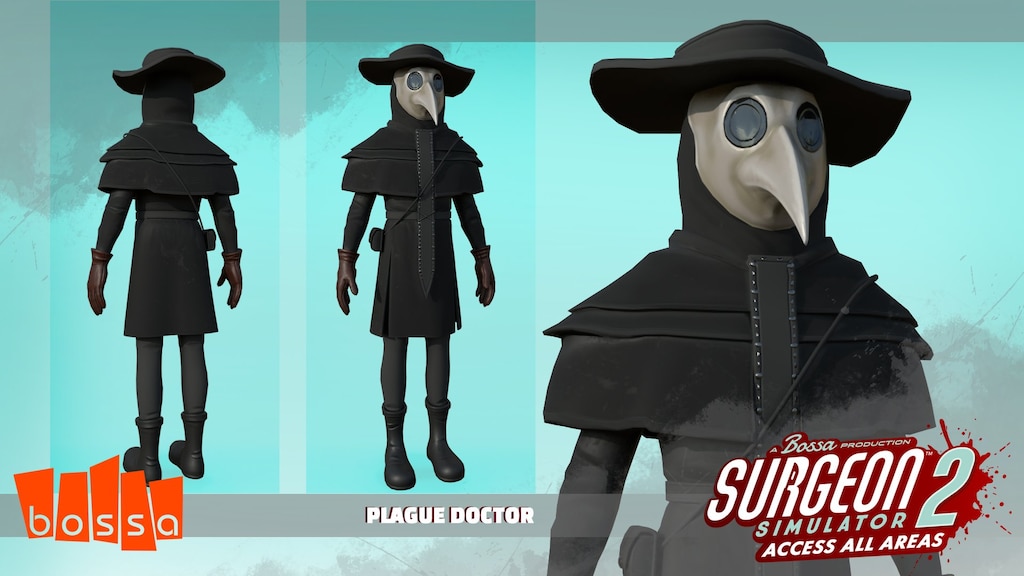 Surgeon Simulator 2 (Parkour edition)
How to do parkour in surgeon simulator 2. 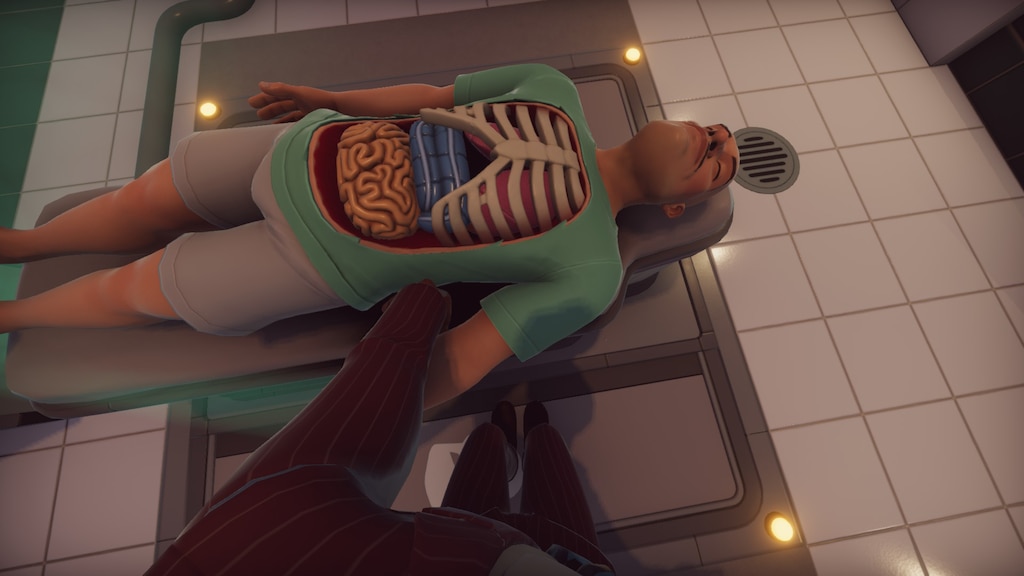 How to walk
In this in-depth guide I will teach you how to move yourself and become a real surgeon in mere seconds!

How to fly
first you need to be the good doctor i mean very good doctor :D pick up your suitcase whatever color do you want to and jump on it before grabbing the suitcase use your WASD to control the balance in air and then you can fly :) 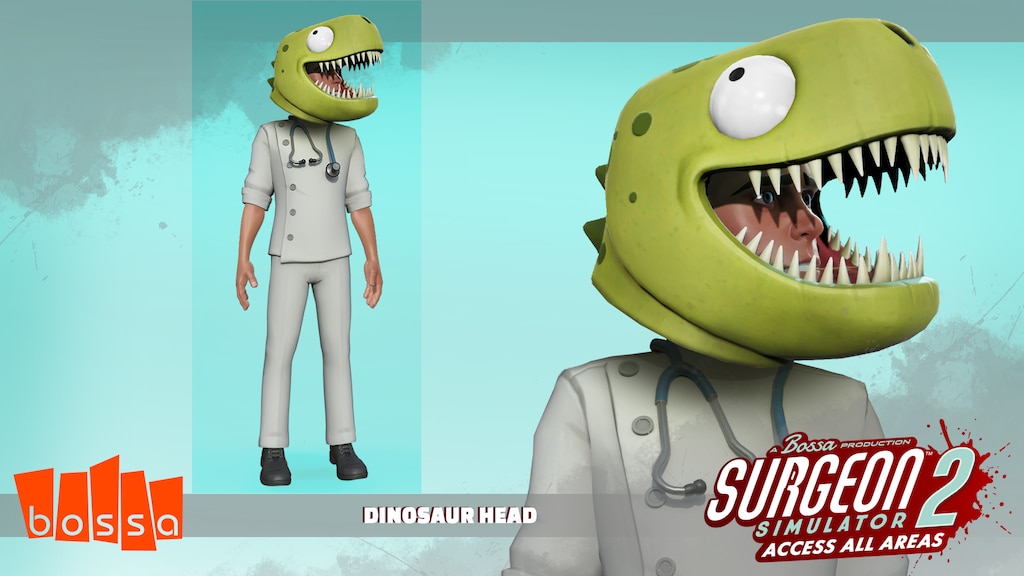 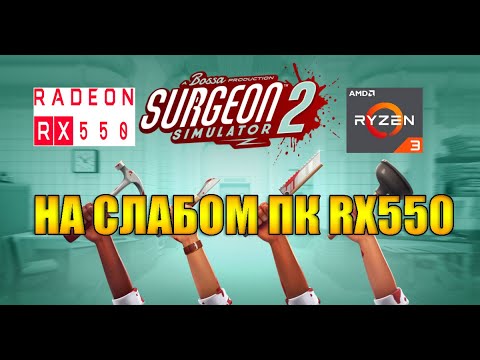 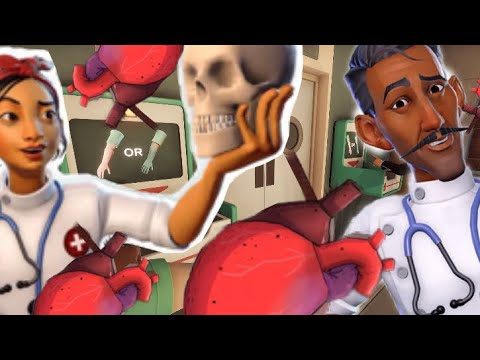 0
0
We are Surgeons now - Surgeon Simulator 2 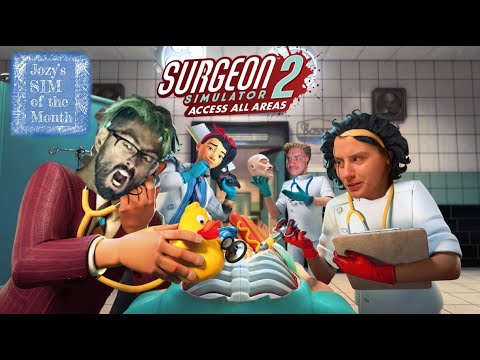 JOZY103
View videos
BUG
I don't know why, but every single time I try to change my character's clothes my progress is reset, is this happening just to me or anyone is having this issue as well? Does anyone know how to fix it?
6

Eduzin_22
Feb 25 @ 2:39pm
General Discussions
Game not loading
When the game is on my C: drive the load only reaches 57% and when I'm D: drive it only reaches 15% and doesn't go any further. I've uninstalled and reinstalled it twice and it still doesn't work. How to fix dis
2 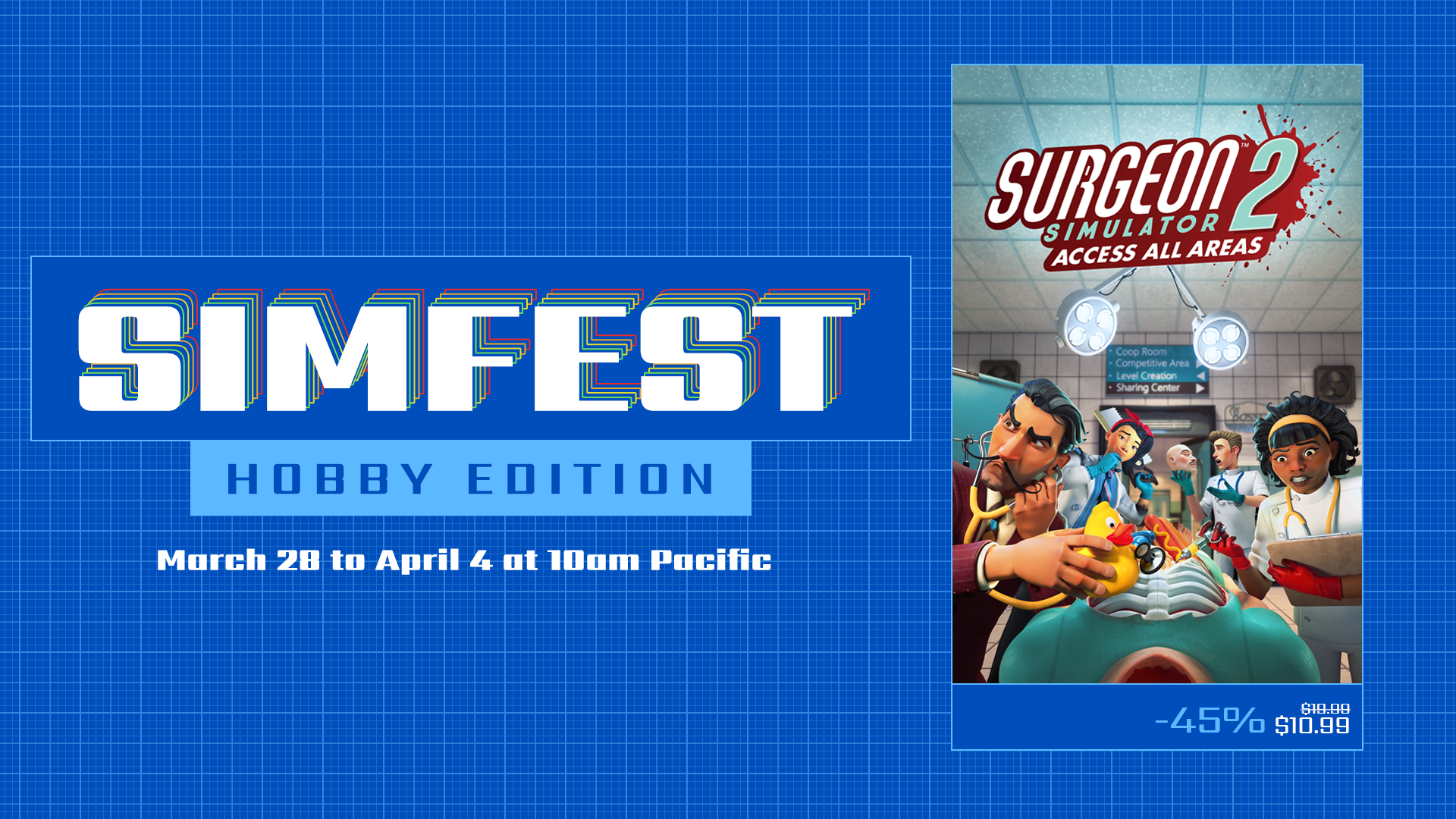 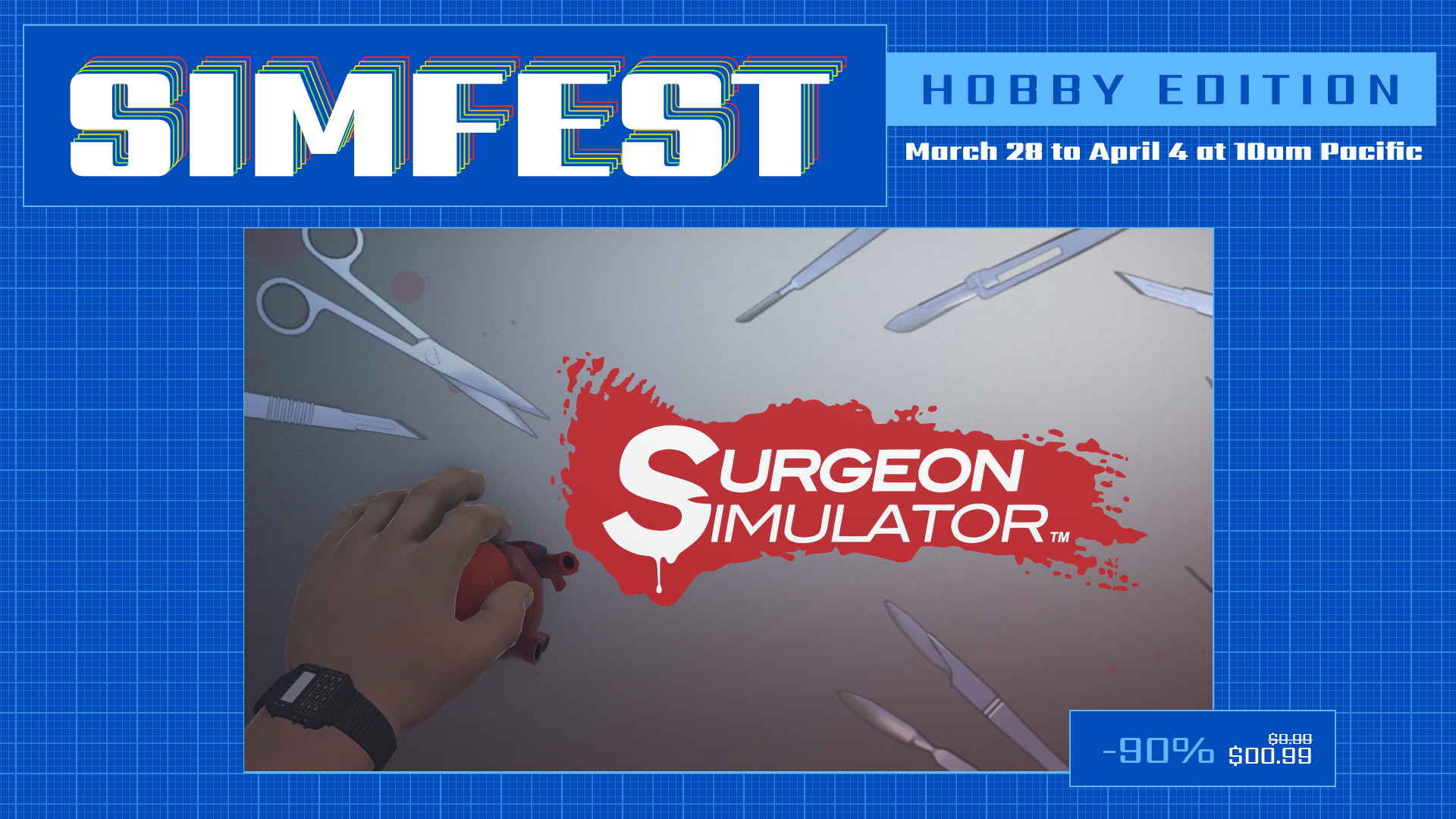 It's a beautiful day to save lives. Time to scrub up! 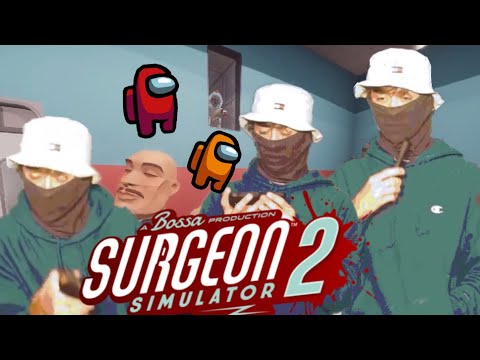 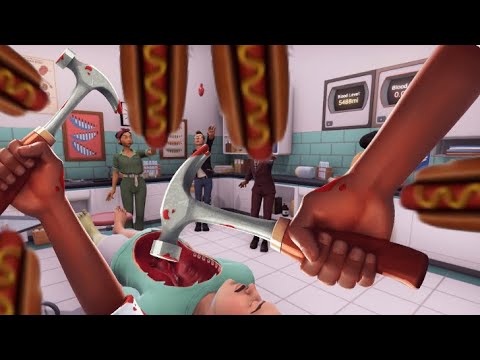