Hey ladies, I’m back in business! My new adventure, Leisure Suit Larry - Wet Dreams Don’t Dry, takes me – whatever the route or twist of fate – from the end of the ’80s directly into the 21st century and wow, how the world has changed!
$29.99
Visit the Store Page
Most popular community and official content for the past week.  (?)
Wishlist now! Leisure Suit Larry - Wet Dreams Dry Twice
Aug 7

Leisure Suit Larry: Wet Dreams Dry Twice" has been announced on August 3rd - Larry Laffer is back for round 2!
After his successful last adventure in New Lost Wages, the philanderer is now on a quest to find his beloved Faith on the archipelago of Kalau'a. Help Larry find the love of his life and reach his destination in over 50 different hand-drawn locations and meet over 40 crazy characters on his journey to the climax in "Leisure Suit Larry: Wet Dreams Dry Twice"!

Remember to wishlist the game on Steam or pre-order it on https://www.gog.com/game/leisure_suit_larry_wet_dreams_dry_twice and the official website with a discount of 20% until the release!

Leisure Suit Larry - Wet Dreams Don't Dry
124
5
Stuck at the end of the game.
I'm in the cage (second time) and have no way of opening the lock keeping me imprisoned. I caved after a while and looked at a walkthrough. I saw that I was suppose to have received a key that I absolutely do not have. Is this a classic adventure game dead end? I have saved in the cage so I can't go back and retrieve some key that I never received. Is this a bug?...
3 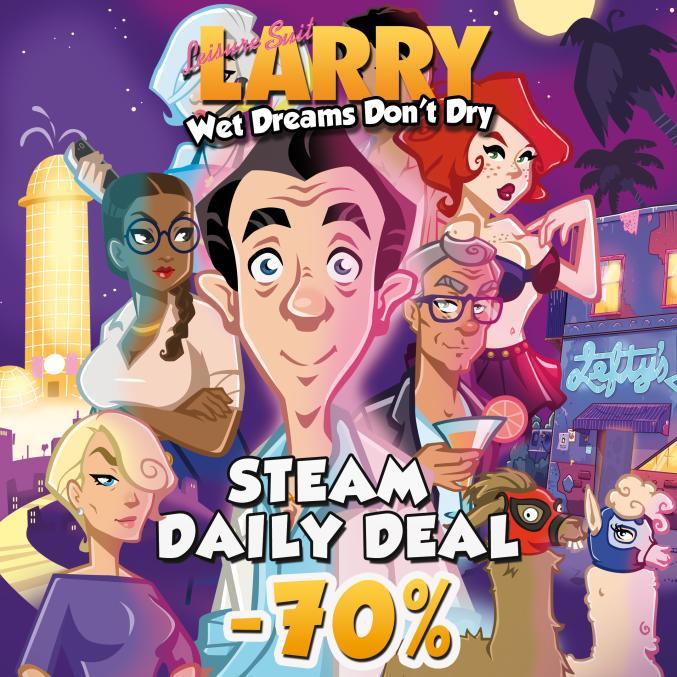 Leisure Suit Larry: Wet Dreams Dry Twice" has just been announced - Larry Laffer is back for round 2!
After his successful last adventure in New Lost Wages, the philanderer is now on a quest to find his beloved Faith on the archipelago of Kalau'a. Help Larry find the love of his life and reach his destination in over 50 different hand-drawn locations and meet over 40 crazy characters on his journey to the climax in "Leisure Suit Larry: Wet Dreams Dry Twice"!

You can already wishlist the game on Steam or pre-order it on https://www.gog.com/game/leisure_suit_larry_wet_dreams_dry_twice and the official website with a discount of 20% until the release!

Leisure Suit Larry - Wet Dreams Don't Dry
38
10
Soooo no sexiness in this?
I'm OK with the Larry games not being all nude all the time - but imo the soul has always been about silly humour and sexy ladies. Is the sexiness dead in this game? :/
5

Mousekateer627
View all guides
Request for a "Making Of" on Wet Dreams Dry Twice
Hey there! Have you considered creating a "Making Of" or "Behind The Scenes" video for your next game? I'd love to see some insight on how you put together the game, get to know the artists, programmers, composers, VAs (Jan Rabson recording some lines would be fun!), and the many other people which normally get so little recognition for what they've created....
3

Recommended
12.5 hrs on record
Fun little point-and-click adventure game with tons of tongue-in-cheek quips and punchlines with many references to iconic figures, including that guy in the white house. A worthy reboot for Larry who suddenly finds himself struggling to cope with today's tech savvy, social media hungry society. His clothes and hair are out of style, can't understand the vocabulary of today, but still has the biggest..... smile in town.

The gist of it:
When I was young I knew about the Larry games and how stupid fun they were and I only briefly touched them but never truly bothered to play them properly. Fast forward to now, I decided to give WDDD and the results were okay'ish.

👍 The good parts:
+The classic point and click gameplay style never gets old.
+Few but colorful and pretty locations to visit.
+Good soundtrack

👎The bad parts:
-Does nothing to stand above others in the genre.
-Besides 2-3 ridiculous item combinations which they acknowledge, the game's difficulty is incredibly easy.
-Completing objectives are rarely satisfying and the gag of it gets old fast.

Story
As I've mentioned, I did not play to completion any of the previous Leisure Suit Larry games so I'm not fully aware if Wet Dreams Don't Dry continues exactly where the old ones left however it's clear that this feels like a reboot of the series and only one character and a few references are all that's left from the classics.

You are seemingly placed in a dark room where Larry was somehow teleported to the future and he has to embrace this fact by learning the ropes of the new society and dealing with modern women. He's objective is simple, to score as many points as possible with women that he matches on Timber so that he can reach the max score to bang the ultimate hottie, Faith.

To get those Timber points Larry has to help each of his dates with several tasks around the city and at the same time learning and dealing with modern times and how sex has changed over the years. All the humor, sex jokes, and references to real-life are done adequately though It's obvious the devs are steering clear from the more obscene old-school jokes so keep that in mind if you decide to give this game a chance. I found the humor decent enough and the overall story arc interesting enough to make me slightly excited for the sequel mostly due to the fact that we don't know what happens to a lot of the characters in the game.

Gameplay
If you love the classic point and click adventure genre then you'll most likely enjoy Wet Dreams Don't Die. It sadly does not do anything to set itself apart from the others like some recent ones did but it's an enjoyable experience nonetheless.

You explore the several locations of the game, grab items, combine them, combine them with world items and that's basically it. You do all of this to score with your dates in hopes of reaching the top one. Sadly the puzzles themselves and the way you combine/progress felt a bit on rails like they were so easy you instinctively knew exactly what to do. There are some moments where you do have to think a little harder and some dumb moments where it just makes no sense but overall Wet Dreams Don't Dry is on the easier side of p&c games.

Unfortunately, even if you love the genre as I do, the easier difficulty along with the fact that it does nothing unique whatsoever, makes the game a bit boring to play. Luckily it has the perfect length of 7-8 hours for little it offers.

Audio
Larry Laffer's voice is something you either love or hate but I personally had no issue with it. I think it fits perfectly with his character so props to the voice actor as well as the other cast which acts quite good considering the scope of the game.

The soundtrack is what I enjoyed the most with some different tunes depending on the scene/background. As for everything else regarding sounds, all standard stuff.

Graphics, performance and tech analysis
Colorful backgrounds, varied locations, and some interesting character models all add up to create a good atmosphere for what the whole story arc of Larry is all about.

Sadly these locations are very few and are extremely limited in animations. I can't stress this enough, we're in modern times, you can keep the classic feel even if you modernize the animations in the background, make the game feel unique and of higher quality.

As for performance and bugs, the game runs perfectly fine and besides some minor bugs that had me reload the game, I had no major issues whatsoever.

Conclusion
Leisure Suit Larry Wet Dreams Don't Dry is a decent point and click adventure game, a game that does nothing truly special gameplay-wise to stand out from the crowd which is a shame, however, I enjoyed my time with it. I would get it on a sale though, 30 euros for what it offers is a bit too much. Hopefully, the sequel offers more. 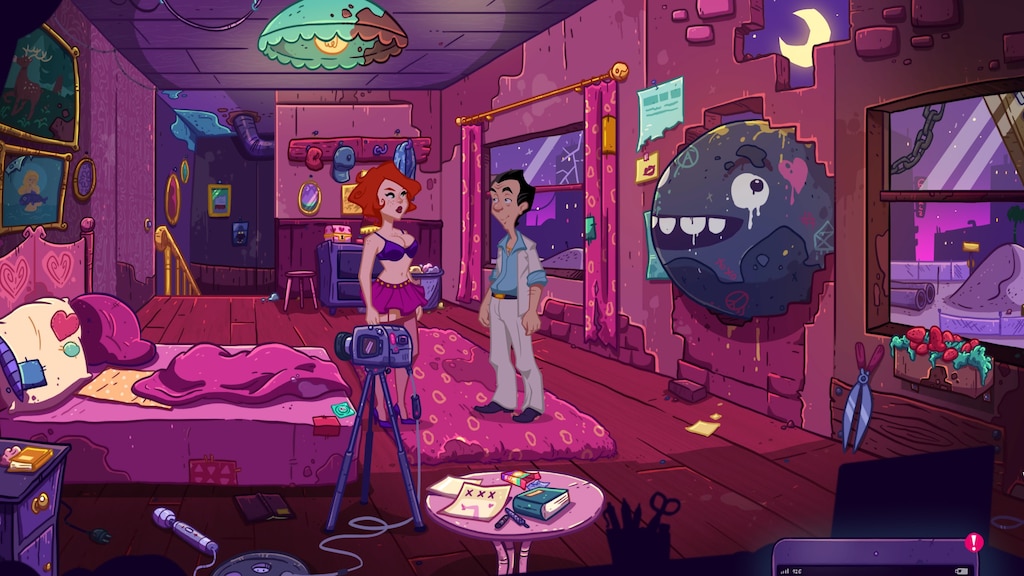 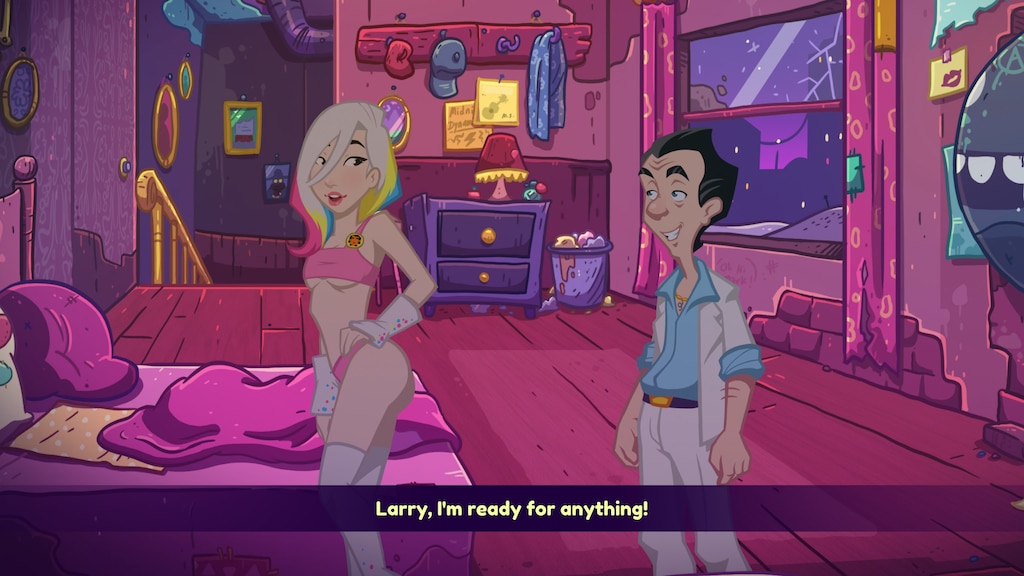 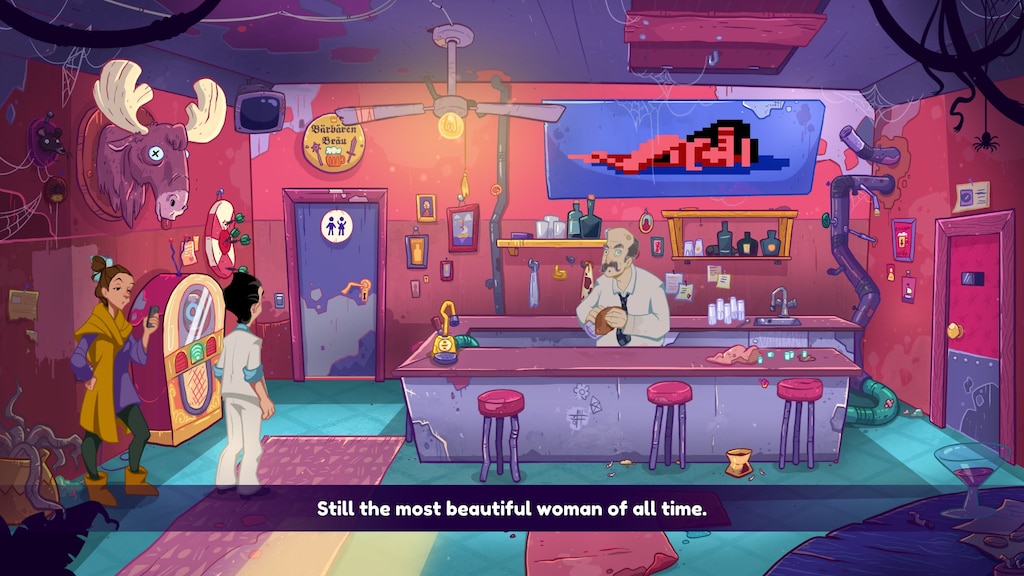 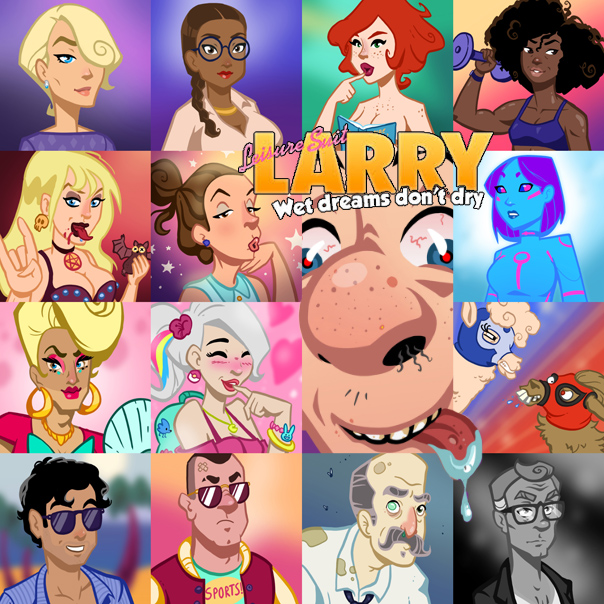 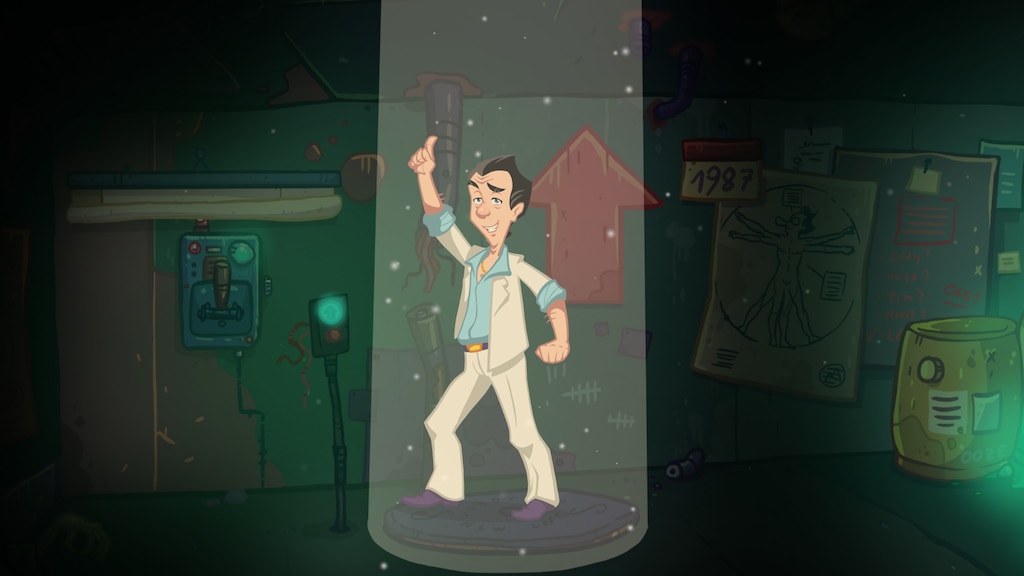 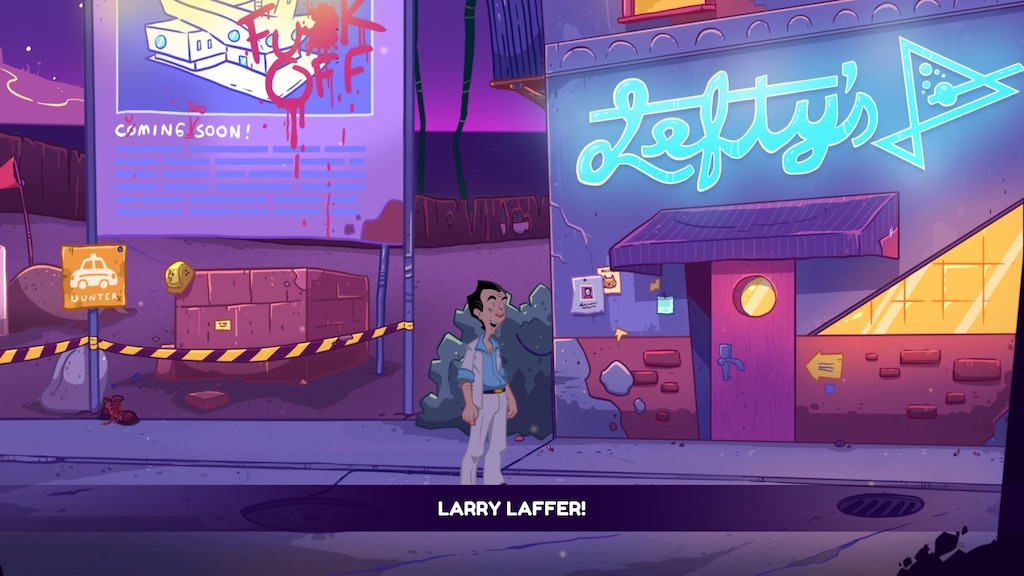 Great0ldOne
View screenshots
Happy Ending Edition?
What is it? Does it include the DLC or something?
4 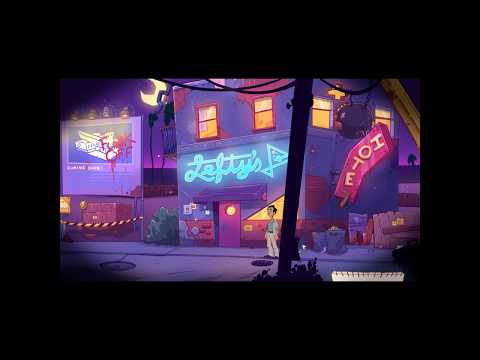 Not Recommended
22.3 hrs on record
Very strange. Some humour. Not a fan of the new Larry look.

SPOILERS
It wasn't long, but my biggest issues are that the developers decided to add politics. Keep that ♥♥♥♥ out. Want to really cringe? Watch the epilogue. mAH wOmeN DON't gEt fAiR tREatmEnT

Keep your bs politics out of my games. I'll torrent the next one. 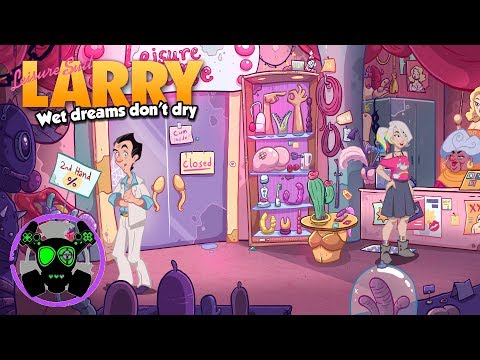 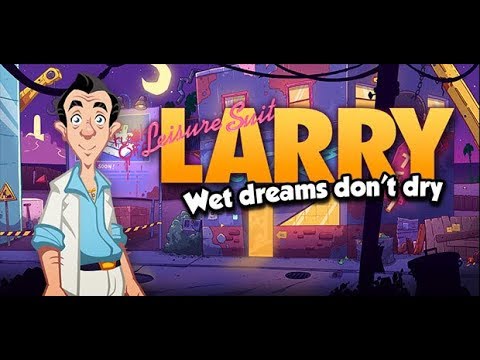 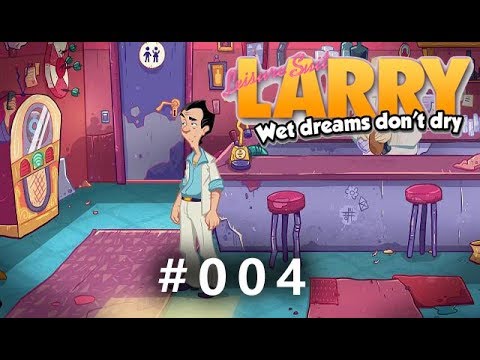 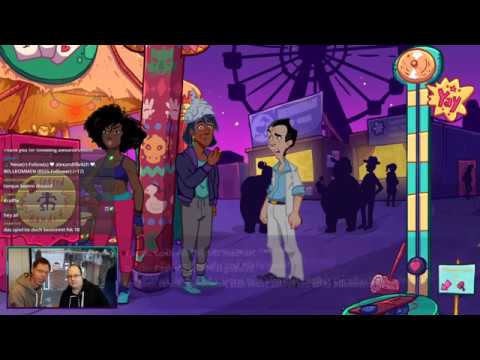 Hints
Press spacebar to see hints. It will help a lot.
32 ratings