Albion Online is a fantasy sandbox MMORPG featuring a player-driven economy, classless combat system, and intense PvP battles. Explore a vast open world full of danger and opportunity. Grow your wealth, forge alliances, and leave your mark on the world of Albion.
Visit the Store Page
Most popular community and official content for the past week.  (?)
Limited-Time Sale on the Darkfang Swiftclaw Skin!
4:32am

With the Into The Fray[albiononline.com] update around the corner, it’s time to saddle up and get ready to join the fight. And as luck would have it, for the next ten days you can enjoy a big discount on the fast, fearsome Darkfang!

This premiere mount skin transforms your Swiftclaw base mount into a battle-scarred beast with black fur and fiery, glowing eyes and mouth. As Albion’s adventurers pour into the open world, this speedy yet menacing creature is ideal for raiding Castles or joining in Outland fights.

Like all mount skins, once the Darkfang is unlocked it can be used by all characters on your account. The offer runs until 10:00 UTC on Monday, May 30, and is available to all players using the native client, Steam client or Google Play. Check out the in-game store now and take advantage of this deal before it ends!

Albion Online
23
1
Random Mount Idea (these should be a thing :p)
Guild Leaders Should be able to get an Aspect/Guardian Mount based on a main city of their choice Martlock :Stone Giant Fort Sterling: Old White Lymhurst: Ancient Ent Thetford: Dryad Bridgewatch: Ore Colossus (could be re-skinned to look like sand stone) Thoughts?

MadMaddie
May 17 @ 8:38pm
General Discussions
Into the Fray Arrives June 8
May 18 June 8 marks the launch of Albion’s newest content update: Into the Fray. This update brings significant changes for new and experienced players alike, with fully reworked Magic Staffs, improved Castles and Castle Outposts, and new Crystal League and Arena modes bringing broad improvements to combat. New Portal Towns smooth the experience of entering the Outlands, and Daily Events encourage players to broaden the scope of their gameplay and bring additional dynamics to Albion’s economy. With all of these features and more, Into the Fray will make Albion’s thriving world more accessible and engaging for every kind of player. A comprehensive rework of Magic Staffs breathes new life into this weapon line, with powerful visuals and animations alongside new and reworked spells. Castles and Castle Outposts have new graphics and layouts along with changes to their chests and timers, making fights more immersive, unpredictable, and competitive. A new, ranked Arena mode - the Crystal Arena - offers players a way to hone their 5v5 skills in a competitive but accessible setting, with the promise of lucrative rewards as they progress, and a non-lethal Crystal League now runs alongside the full-loot League.

A World of Riches Within Reach New Portal Towns in the Outlands act as extensions of the Royal Cities, with Bank and Marketplace access along with visually reworked Invisibility Shrines. Resources have received a graphical overhaul, with increased distinction between tiers and enchantment levels and greater readability within their environments, making gathering easier and more enticing. New Daily Events offer bonuses on a wide range of activities, encouraging players to diversify their gameplay and adding new dynamics to Albion’s economy. A new Activities UI provides a convenient overview of all ongoing events. Victory Emotes allow players to mark kills with a visual flourish, while Twitch Drops are now available to the community. Lost Equipment Loadouts give players an easy way to regear after death, facilitating a quick return to the action. A new Journey Back ability helps cut down on long travel times, Gathering Tomes offer additional gathering Fame, and Training Dummies are available on Player Islands for combat practice.

For more details on what’s coming with Into the Fray, check out the official update page[albiononline.com].

Albion Online
129
7
Dev Talk: Magic Staff Overhaul
May 13
In our last Dev Talk, Game Director Robin Henkys introduced the upcoming Into the Fray update and gave an overview of its major features, including a major Magic Staff Overhaul. In today's video, he is joined by Combat Designer Michael Schwahn to give more details of this massive, from-the-ground-up rework of this entire weapon line.

Read on for a written description – and if you missed the last Dev Talk, you can watch it here[albiononline.com].
Background
Overview
Goals:
These were accomplished through: "Into the Fray" and Beyond
We’re looking forward to sharing more about Arcane and Frost Staffs once the update is released at the start of the next season. For now, stay tuned for more Dev Talks on Portal Towns, the Castle Rework, and more! 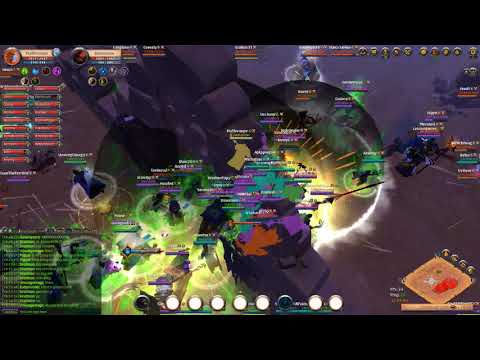 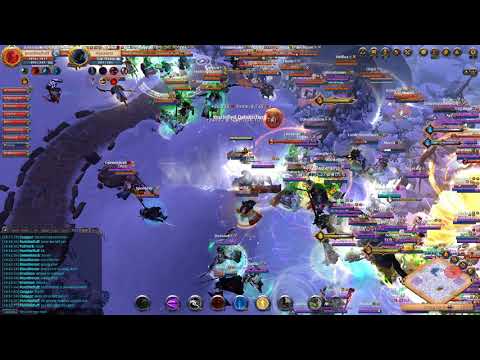 0
11
[Albion Online] We Are Fricks, Heroes of Albion

Flufferpope
View videos
How forgiving is this game?
Just a general question. I have played a few hours of the game but never progressed much further into it. I used to love Ultima Online for its full loot PVP as a thief, until they nerfed it to the ground and gave it a mirror PVE land. That was quite a few years ago and I'm 50 now. My reflexes and PVP abilities are getting slower. Is getting reequipped easy enough to not have wipes just infuriate my old arse? I don't mind dying, but I don't like constant downtime trying to keep up any more, either....
12

How to cheat in Albion Online
Hello everyone, this is a basic and easy guide on how to get started with hacks!
55 ratings 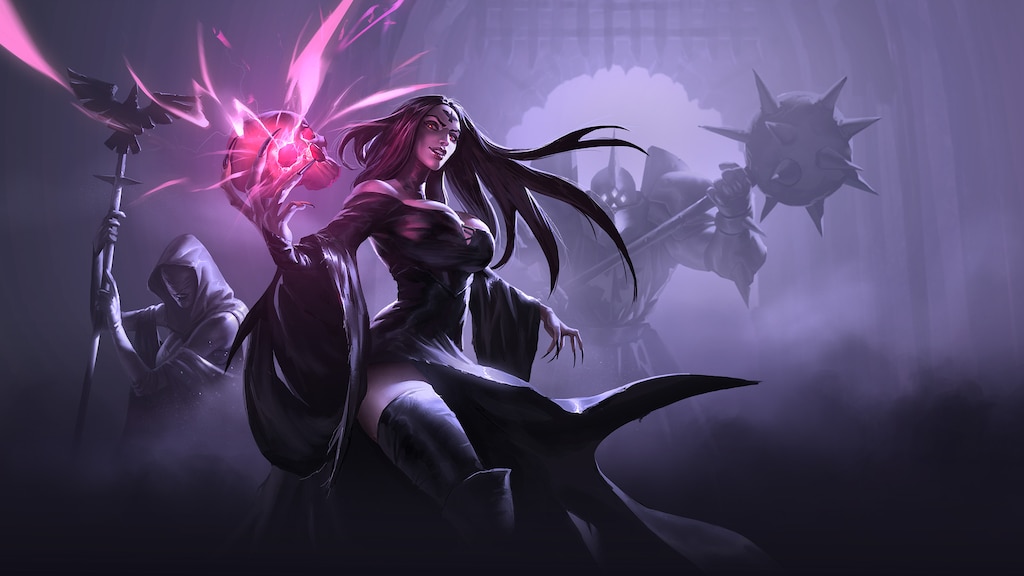 Recommended
219.8 hrs on record
I think Albion gets a lot of its bad reviews from people who went in with the wrong expectations. While Albion does have PvE aspects - which individually you can spend 100% of your time on if you so choose - the game itself is heavily PvP oriented, with guild wars writing history in the sandbox that is Albion Online. That said, expect to die at any time after leaving the safe zones. It is aggressively PvP.

I do agree that there are a lot of toxic players in Albion, and that sucks. But you choose who you want to play with. If you don't like who you meet online, you could invite some irl friends, or turn server chats off and play by yourself. Albion certainly isn't the best game for solo play (I mean it's an MMO) but the world, music, and combat have a unique charm that I haven't found anywhere else. Whether you want to get lost in the woods, maybe cast a line by a river, or delve into a dungeon grind to max out your skill tree, I feel like Albion is a very comfortable place to be. I love the versatility of the gear swapping. Each city has its own player dictated market, with regional trends. I actually enjoy fishing, at least when the server doesn't lag. It looks and sounds great. It feels great.

And for anyone wondering if Albion is PtW, on the one hand, yes, you need Premium to maximise your gameplay, but on the other... you can earn enough in game to get Premium by exchanging Silver and Gold if you're a regular player. You don't need to pay a penny of real money, you just need to like the game enough to earn it by playing.

Yeah, Albion Online is not a perfect game. But I still think its pros drastically outweigh its cons. It's one of my favourite games anyway. 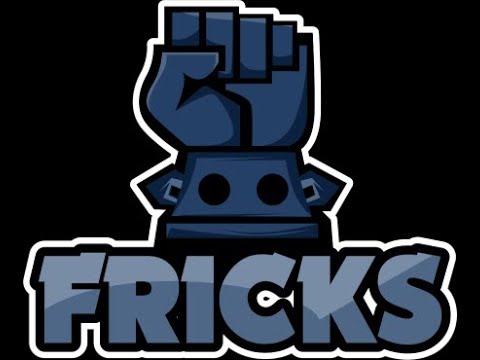 1
1
[Albion Online] The Charge of the Fricks 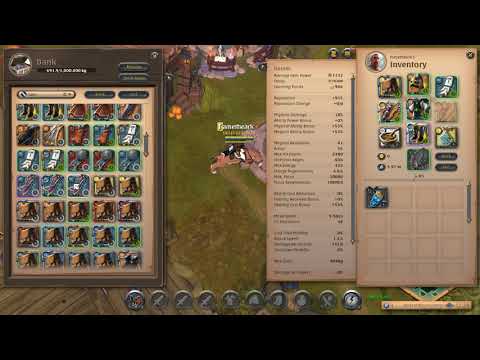 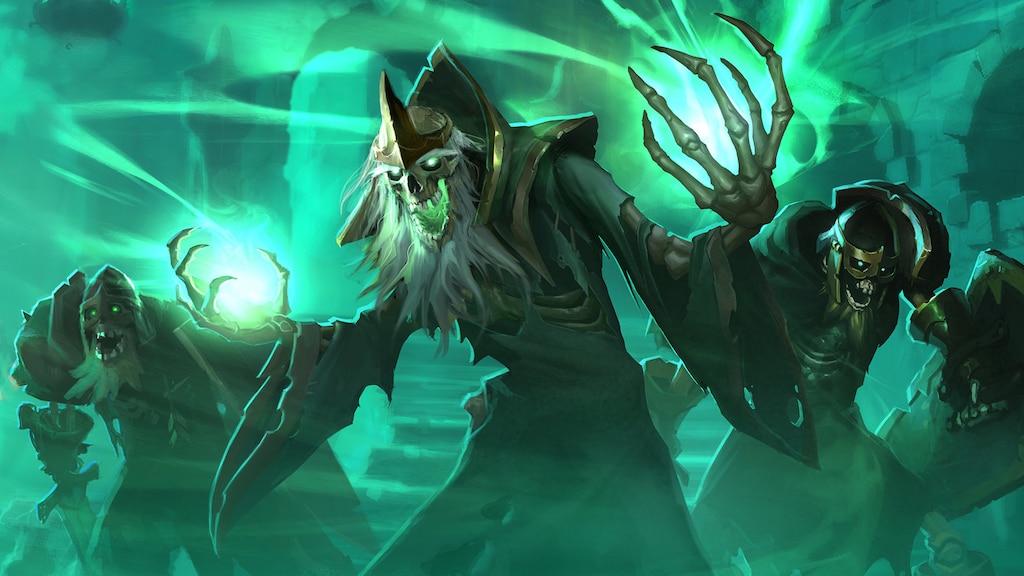 Not Recommended
733.1 hrs on record
I am entered the black zone and made party with someone we together enter green dungeon after we finish it he remove the party and killed me and take all my items . 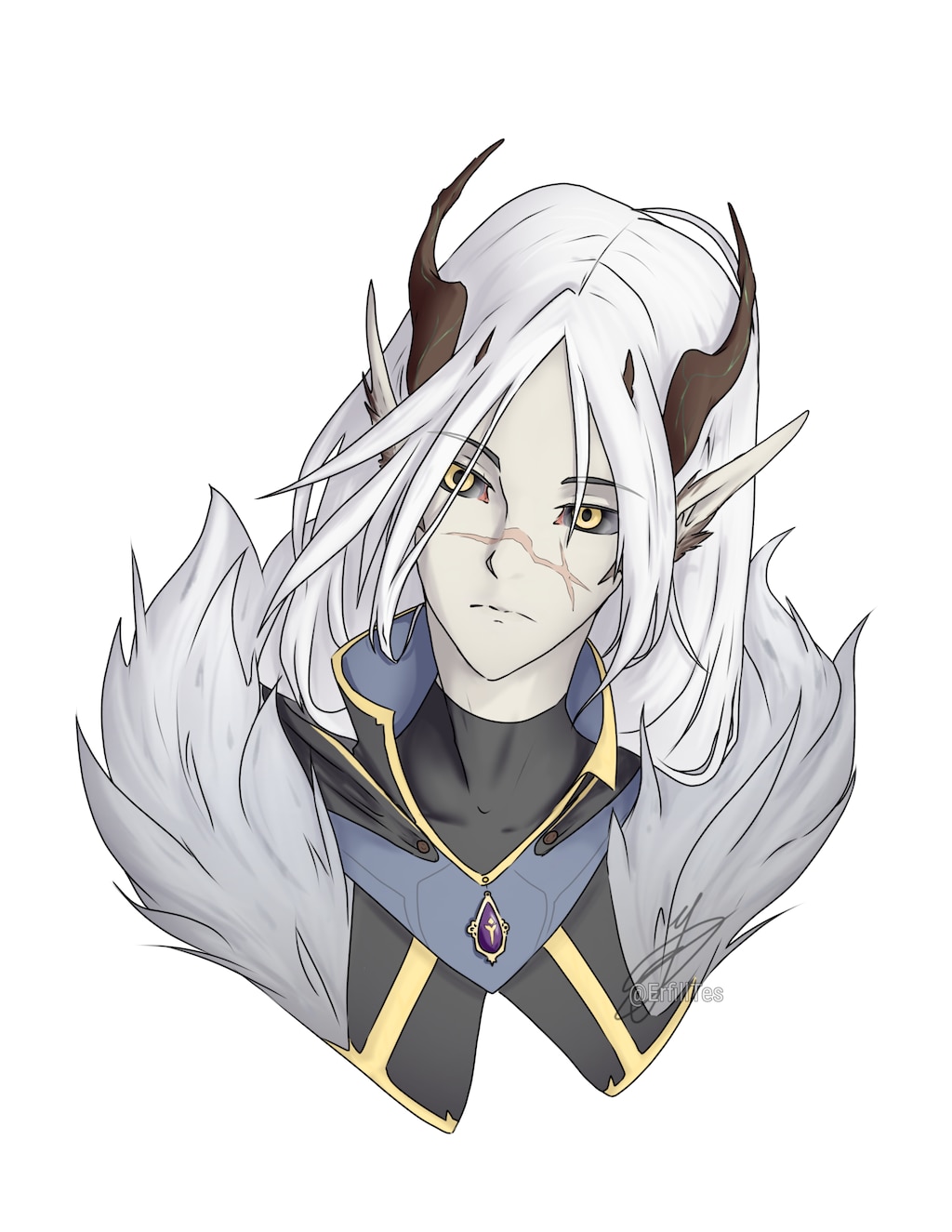 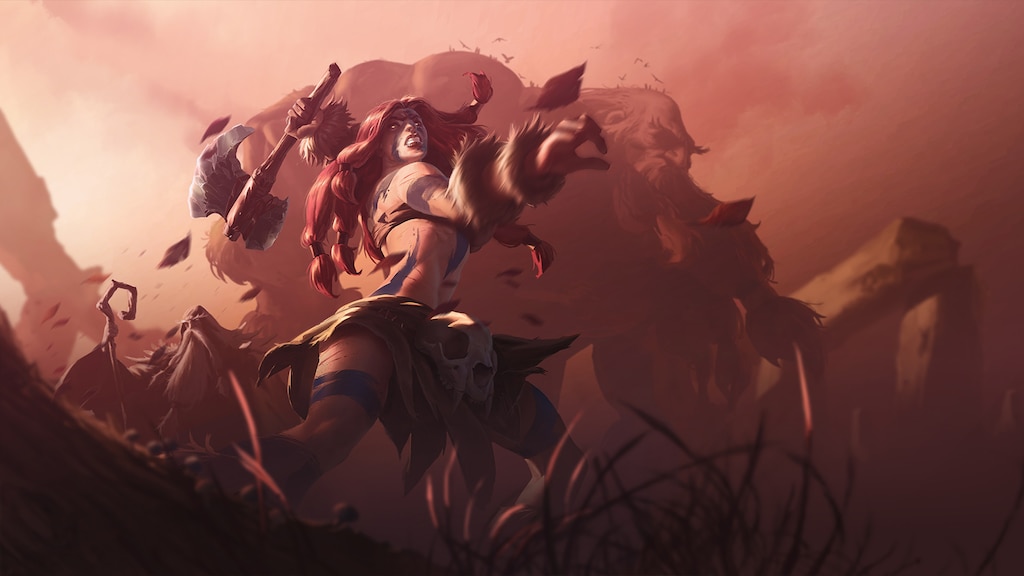 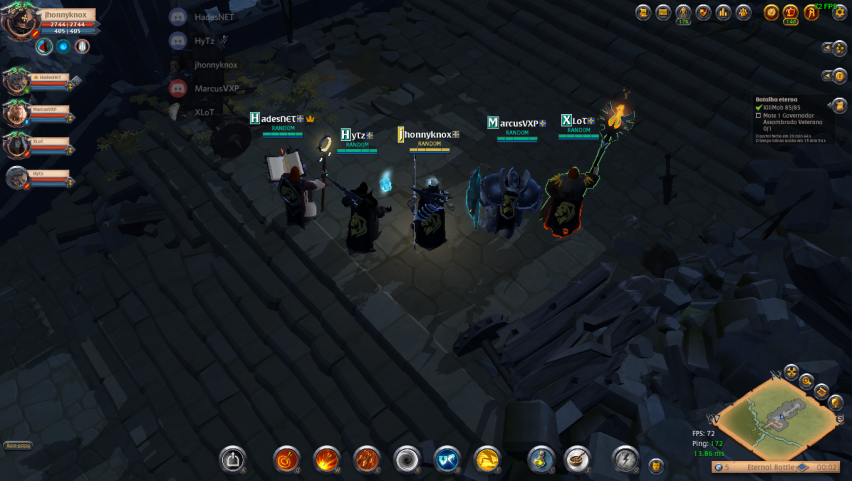 Albion Online : How to Start the game right
i'll quickly explain how to start right if you want to be "competitive" in like 1 week 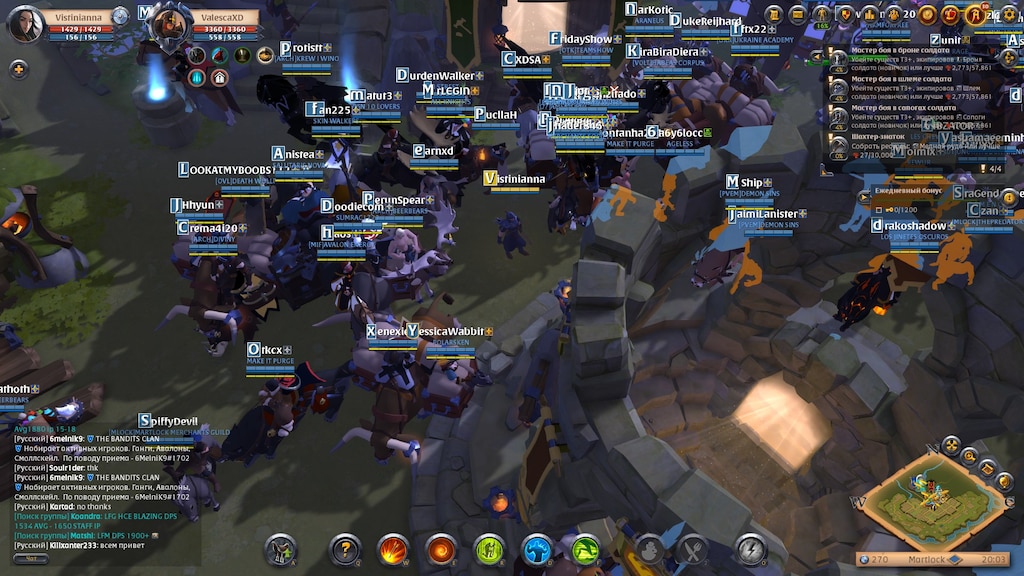 Recommended
104.3 hrs on record
Recommend this game is good as hell lots of stuff too do
a bunch of classes to choose from and you can always switch from them but i wouldn't recommend
This game deserves my balls

AwakenSclera
112 products in account
0
Does it still lag in Europe?
Last time I tried this game (about a year ago) it still was a laggy mess with incompetent developers who can not figure out how to open channels for european players (even runescape back in 2004 knew how to do it). Is it still the same? Or did devs finally figure out how to use tech from 2004? Because I would like to return to the game, but not when it lags all the time....
7

plasmafogking
May 19 @ 10:05am
General Discussions
Screenshot 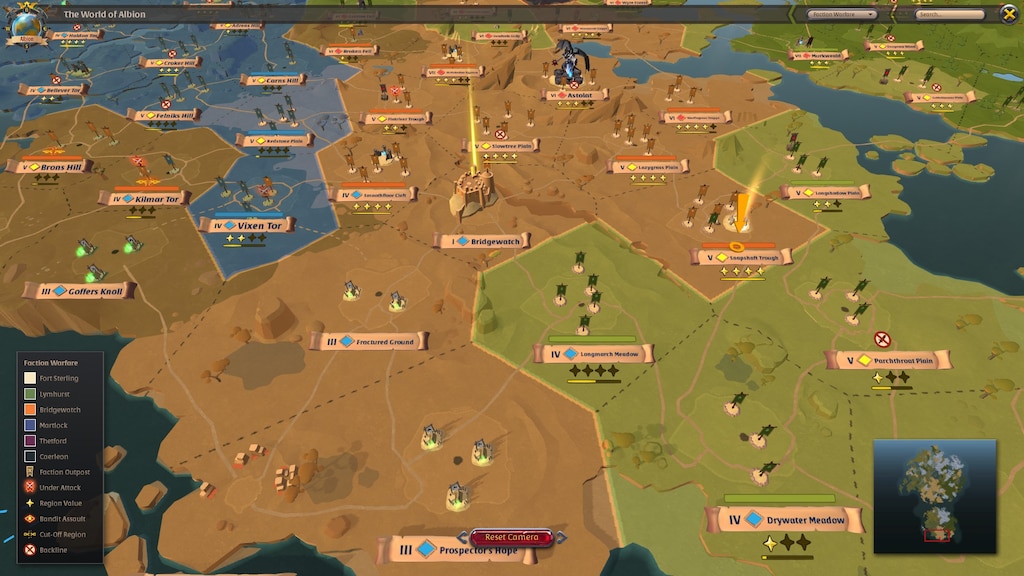 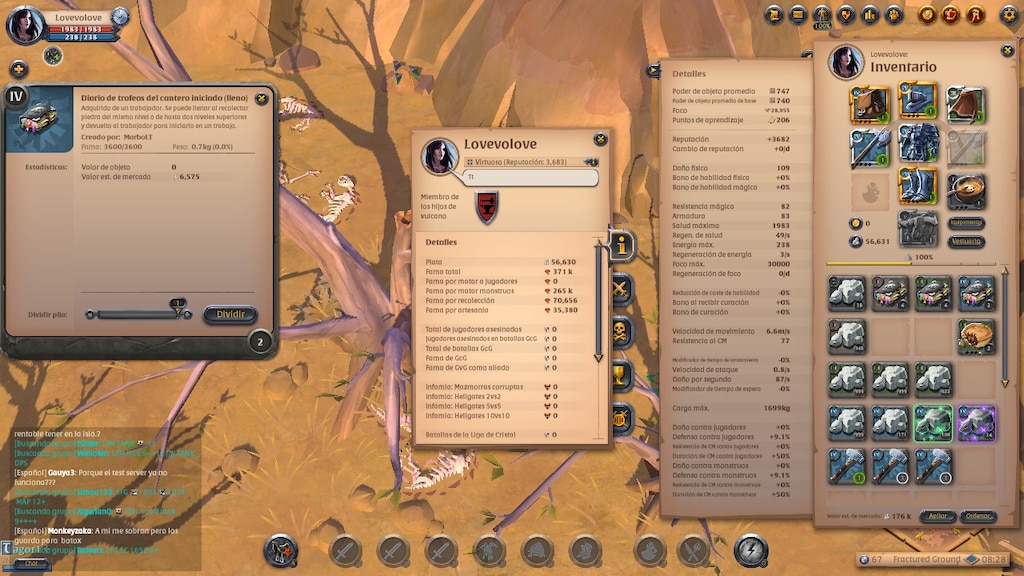 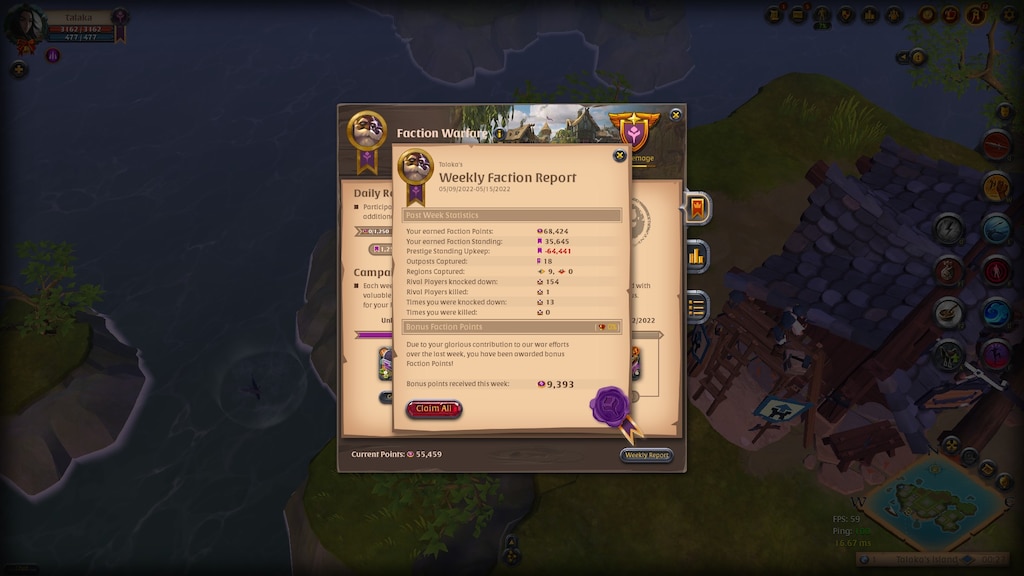 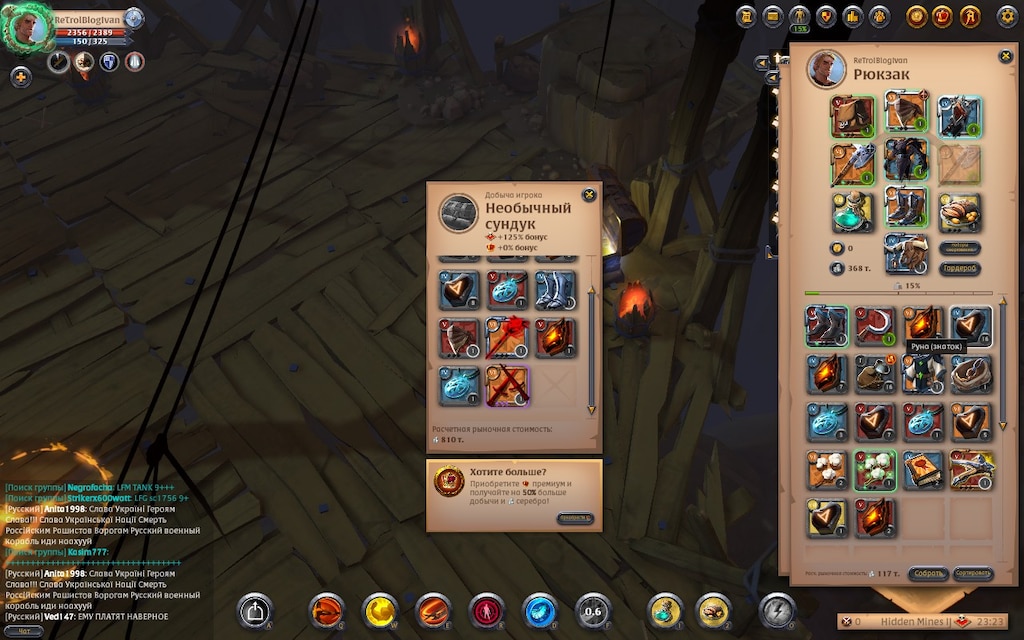 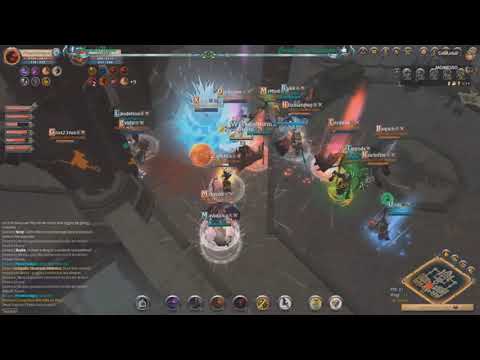 Larec
View all guides
Playing for free?
I know you "can" play for free, but I see comments that "80% of the game is Premium restricted". Is this true? Or can you actually play the whole game, and eve get 100% Steam achievements, all for free?
9

Jon.Topps
May 19 @ 5:25am
General Discussions
Commend Players
I came from many toxic MMO's, but this...... cool, almost every time im in a town some player is helping new people out, giving advice, items etc... I feel like these players should be rewarded. We ALWAYS reward bad players with ignore or report buttons, can we award the good players with a commend button which rewards them with gold or something after a certain amount of commends. I think it's fair and tbh they deserve it they keep players coming back.......
7