Phasmophobia is a 4 player online co-op psychological horror. Paranormal activity is on the rise and it’s up to you and your team to use all the ghost hunting equipment at your disposal in order to gather as much evidence as you can.
$13.99
Visit the Store Page
Early Access Game
Get instant access and start playing; get involved with this game as it develops. Learn more.
Most popular community and official content for the past week.  (?)
Apocalypse | Hotfix v0.7.0.2
Sep 30

There are still many bugs to fix which we are working on getting done as soon as possible. We are aware there is currently a memory leak which causing very low fps after playing several games, we are looking into a fix and will get it out as soon as we fix it.

If you experience any issues or want to give feedback, please join the official Phasmophobia Discord : https://discord.gg/phasmophobia
Thanks,
The Kinetic Games Team

Phasmophobia
767
61
VR incredible lag after update and hotfix
Oculus quest 2 , geforce3070, before update, all was good with this. unfortunately hotfix 0702 did't fix this
2

If you experience any issues or want to give feedback, please join the official Phasmophobia Discord : https://discord.gg/phasmophobia
Thanks,
The Kinetic Games Team

The long-awaited asylum overhaul is finally here, along with much much more...

With Custom Difficulty we’d like to invite you to participate in the Apocalypse Challenge v2 (thanks to our extra testers yesterday).

The event will start in the coming days, keep your eyes peeled for an announcement on discord.

Earn yourself 3 unique trophies for your collectible cabinet, just by playing the game!

To earn the trophies, simply do the following:

A new difficulty where you can create your own games!

Modify existing difficulties or create your own, come up with crazy challenges or just have fun.

Each option is tied to a reward multiplier, so you can still earn money and XP from your Custom games.

Sunny Meadows Mental Institution
The Asylum has been completely recreated from the ground up, featuring more distinctive room designs, a morgue, hospital wing, courtyard, and experimental area. Be warned, the ghost will lock each wing's main door when it hunts, so prepare an escape route while you're safe.

Sunny Meadows Mental Institution - RESTRICTED
Sunny Meadows is not only a large location but five small locations in one! The new location selection board allows you to vote to play a smaller, more restricted version of the asylum. Each time you enter, you will be given a random section to investigate, with the other sections blocked off or locked. This should help those who prefer playing smaller maps, and offer some variety each time you play!
Unlocked at level 22

Camp Woodwind
A small version of Maple Lodge Campsite, featuring a brand new layout and much fewer rooms. Perfect for those looking for a quick outdoor retreat!
Unlocked at level 19

With the current system, often when a ghost interacts or throws an object, it barely moves. To remedy this, we've reworked how a ghost's throw works to make sure it's impactful, noticeable, and more exciting each time. Some ghosts have had their abilities and traits tweaked too.

Through the in-game journal, players can now report others who they believe are breaking our terms of service.

If you experience any issues or want to give feedback, please join the official Phasmophobia Discord: https://discord.gg/phasmophobia
Thanks,
The Kinetic Games Team

Phasmophobia
8,499
434
Video settings issue, resolution is not changing
Hi everyone, after the latest update I am having a resolution issue. It seems like the apply button is not working. Even after I change the resolution to my display which is 2560x1440 nothing happened. I am still having two big black stripes of both sides of my monitor as shown on a screenshot -> https://prnt.sc/Vm4YrNDeFOjT Anyone having the same issue and know how to fix it ? Thanks a lot...
2

DarkLuce
34 minutes ago
Bug Reporting
After a while Studder and LAG
Playing in VR and Desktop mode. Did the new update cause issues?
11

MystiicFoxx
4 hours ago
General Discussions
Mic Issues
whenever I'm in the lobby no one can hear me and I have to change my audio and then back in order for me to talk. Then when we load into the map I have to do the same thing again. It's pretty infuriating I've only had to do it with recent updates and I know I'm not the only one this has happened to....
4

Recommended
16.8 hrs on record
Early Access Review
I am a 45 yo father, probably one of the oldest people playing this game. I am a single farther to my Son, who is 14 now. My son got this game for in May 2022 from his uncle, so we installed it on his computer and he started playing. By the end of the week he had 24 hours on this game. This was horrible for me, as it was already hard for me to find ways to spend time with my son, as he is always out with his friends or just watching YouTube. So I decided to get this game to see if I could maybe play alongside him. I loaded into the game, picked my character and world and started playing but I was stuck on what you where supposed to do. I asked my Son for help and he hosted a game for me to join. I loved it as it was the best time I had spent with my Son since my wife had died. This game has ever since brought me and my son closer again and now we actually spend time together outside the house together as well. This game reminded me that there's fun to be had in everything, and it has brought both me and my Son many happy memories. 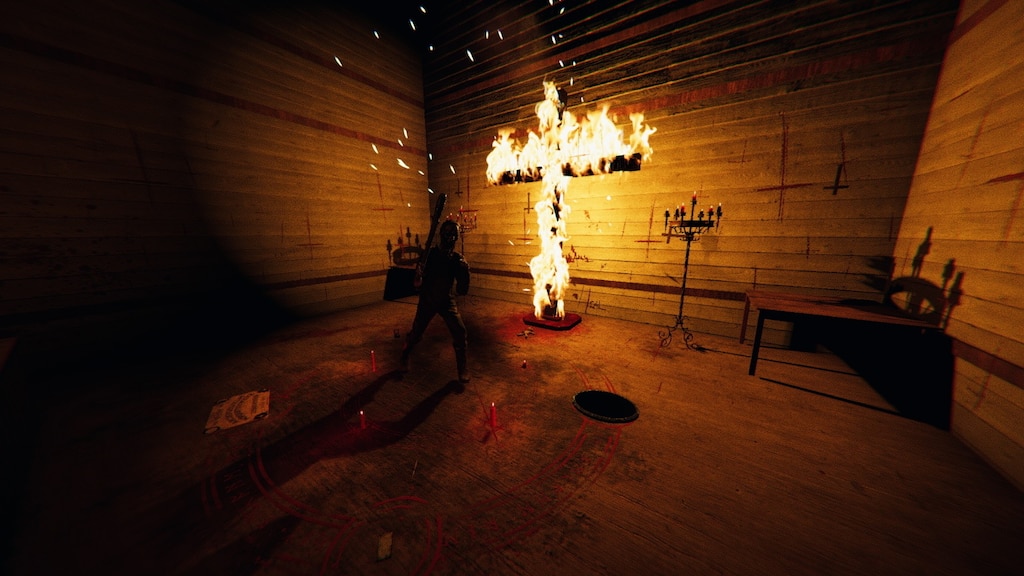 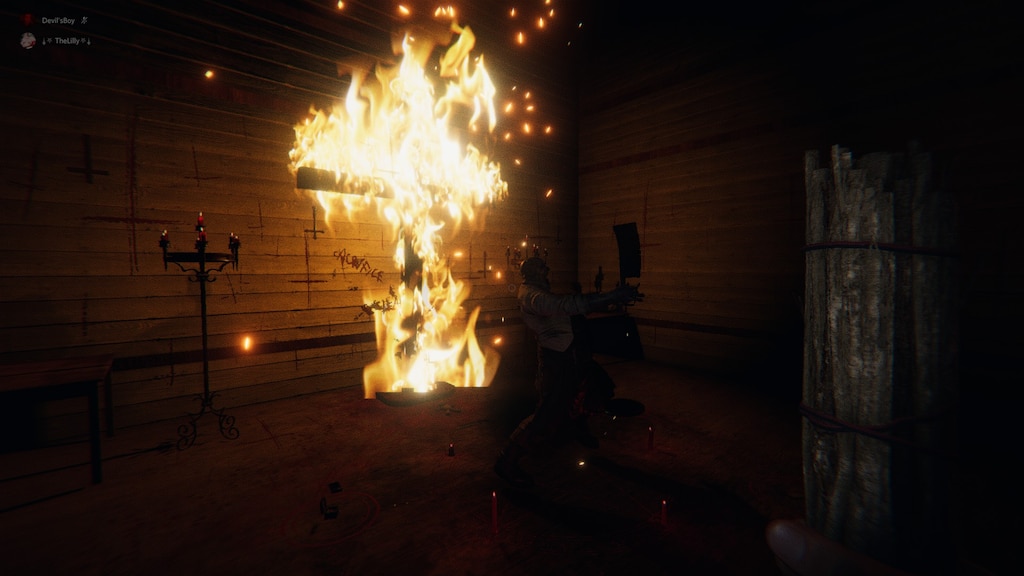 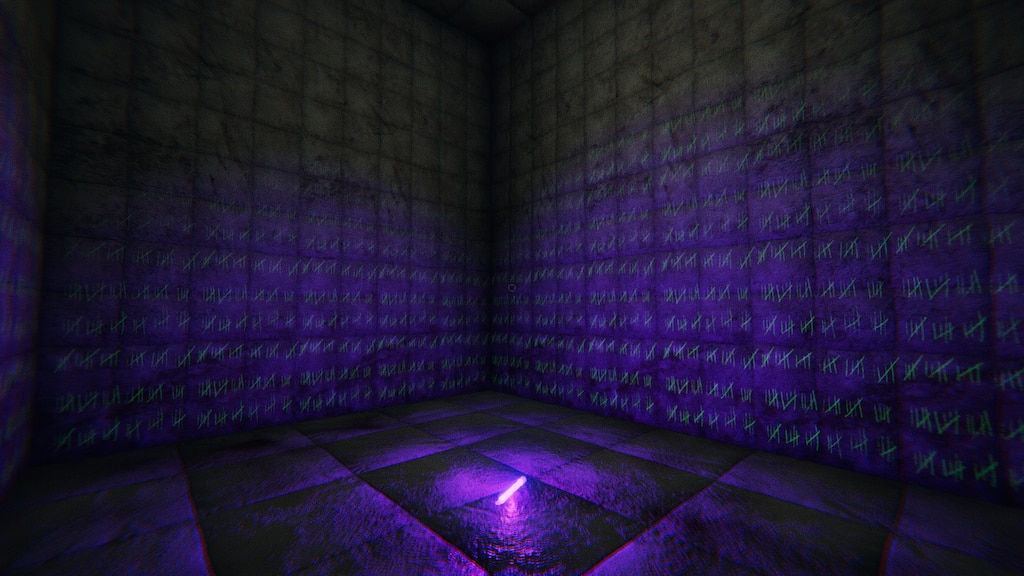 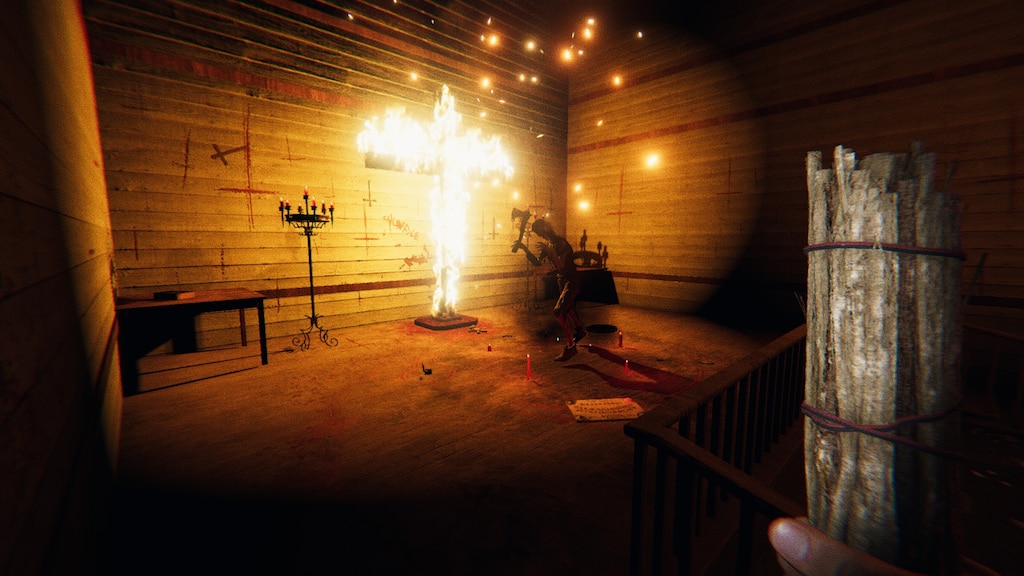 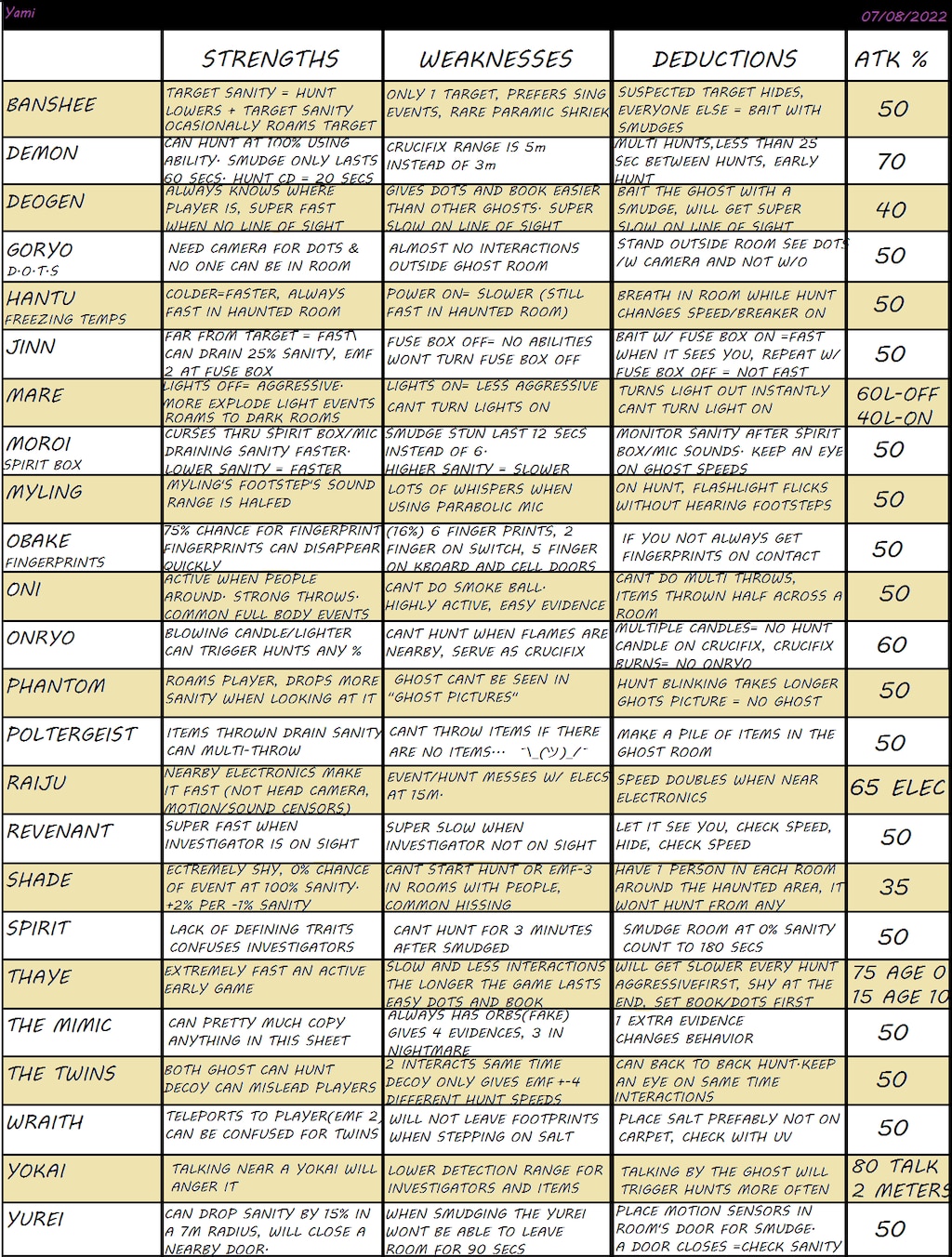 Not Recommended
12.3 hrs on record
Early Access Review
This game was great but the new update has made it unplayable. In VR, alot of the items don't function properly anymore, the new main menu is bugged and the game frequently stalls, even crashing sometimes. 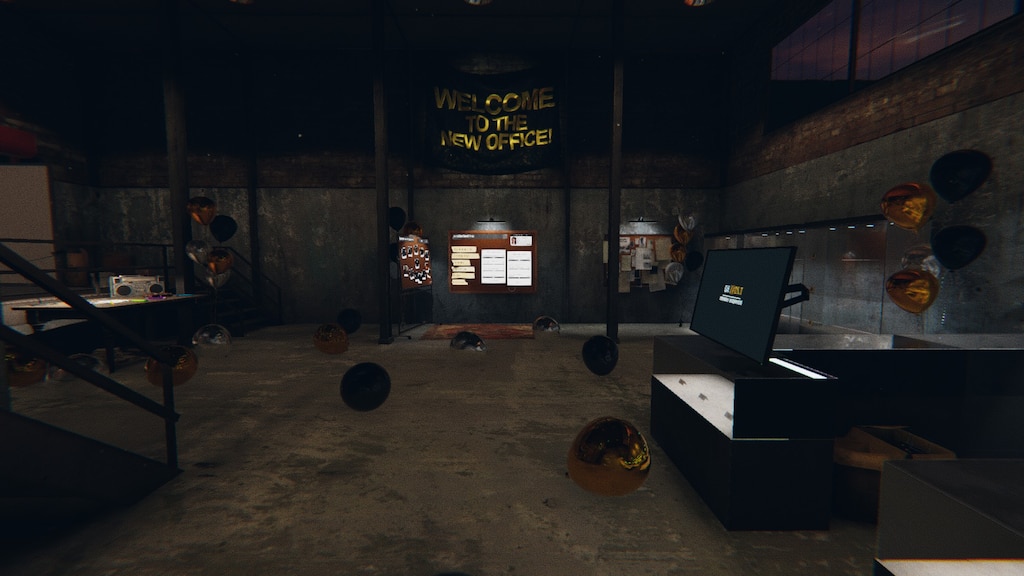 Not Recommended
212.7 hrs on record
Early Access Review
since the new update game is unplayable, crashes every game i play.
discord mods for phas are very rude and mute you for saying anything bad about the game, got insulted for my rig when the game was getting atleast 7 bug reports per minute. awful community and a game that doesnt work. A few Phasmophobia tips (and a lot of science)
From ghost speeds to kill conditions, here are a list of things that may help you to survive better. Or bore you, if you hate science. 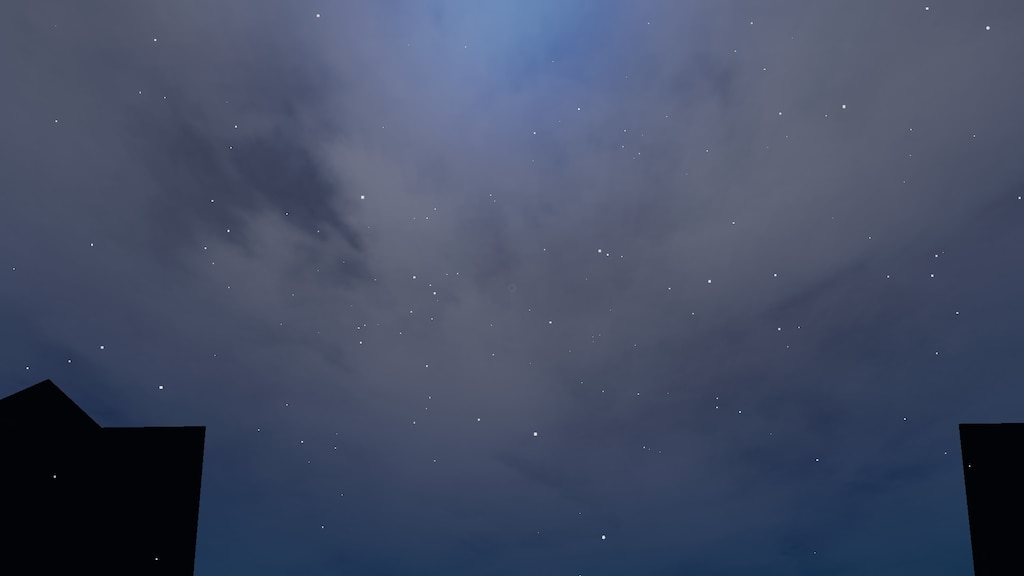 S
View artwork
Reporting players, whats the point?
I've been playing this game since it came out, and ive never felt the need to report a player and ive played with thousands of random people. I feel like this is just going to create more problems and people are going to be continuously banned for no reason. or for stupid reasons. A game like this should have absolutely no ban features what so ever when every server is ran by a player. It should be up to the host if they want to kick someone out, and it should stay that way....
29 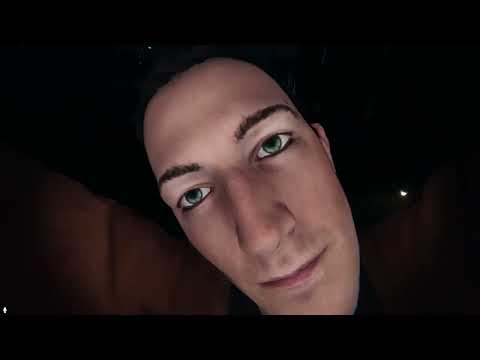 2
2
Do NOT play Phasmophobia with VR Mahahes 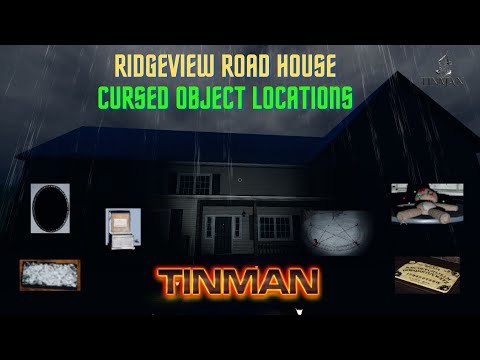 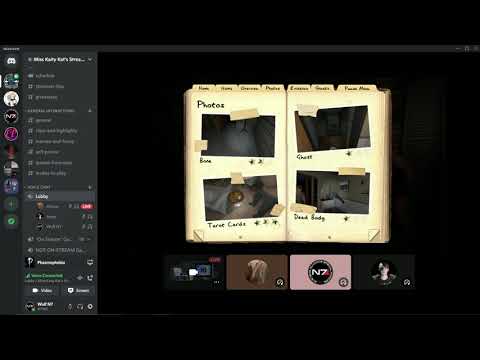 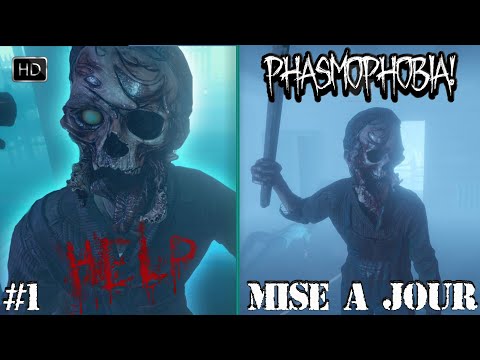 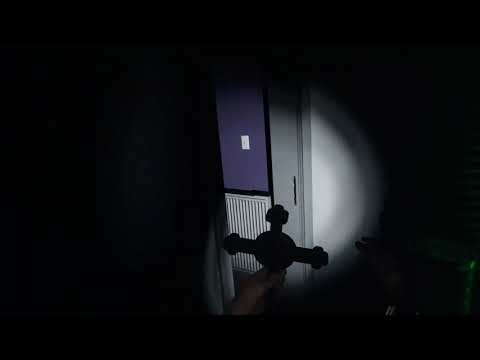