Person of European Heritage #112: Welcome to Relocation Block B, your new home. Your designated role is 'Bouncer'. Work hard, stay out of trouble, and we might let you stay in the UK.
$19.99
Visit the Store Page
Most popular community and official content for the past week.  (?)
Can't accept bribes - help ?
As in title, I can't accept bribes, pressing W after receiving one doesn't work, counter just goes up and nothing else happens. I'm left with only giving the ID/ticket back.
15 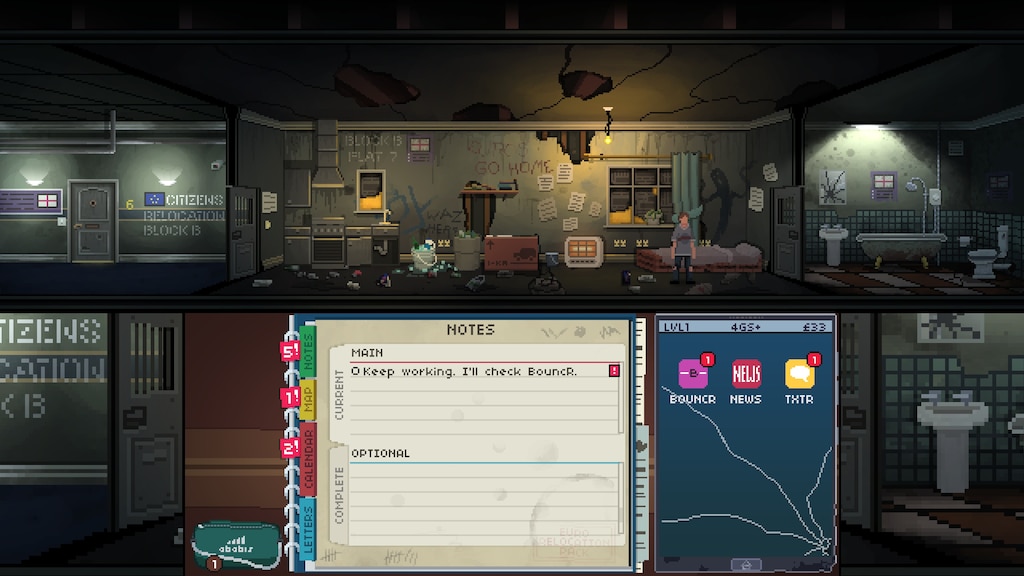 100% Achievement Guide
This is a guide for collecting every achievement in Not Tonight. I tried making it as spoiler free as possible but some undesired information may be revealed here and there, so doing a blind run first may be a good idea. As a side benefit, the game autosav...
50 ratings 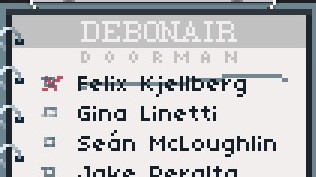 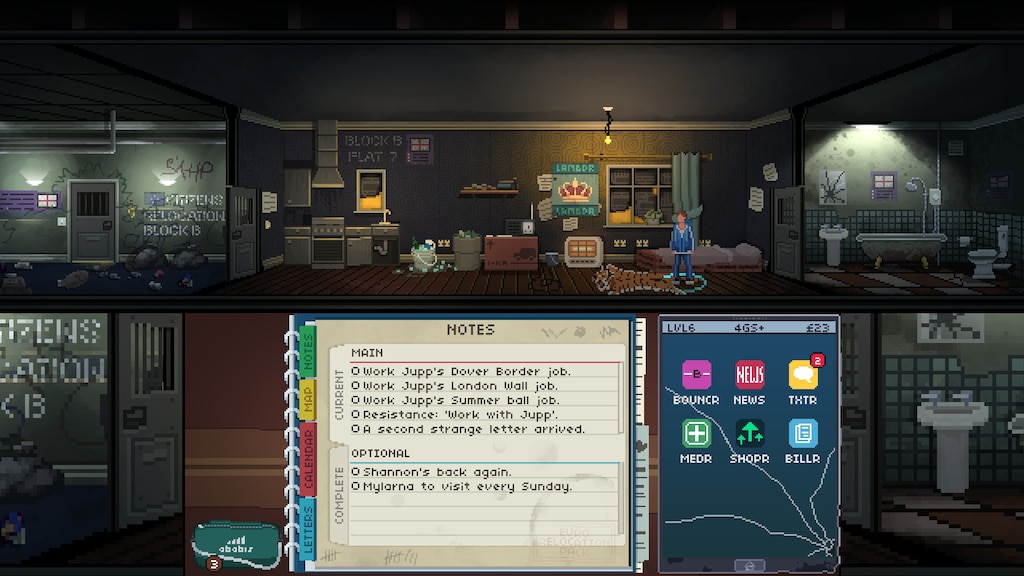 How To Be 𝓟 𝓤 𝓡 𝓔 in Not Tonight
This Guide will explain how to be "Pure" In Not Tonight, Please read the following below this section. [DISCLAIMER: Some of the Screenshots taken in 2018 has unfortunately been deleted, and I cannot show it again as I haven't played the game in two years....
32 ratings 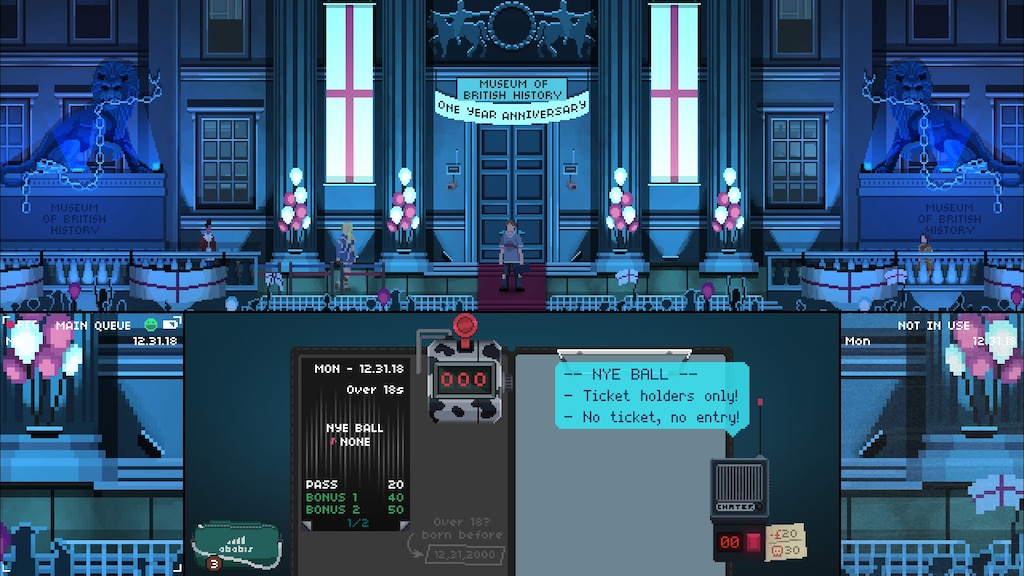 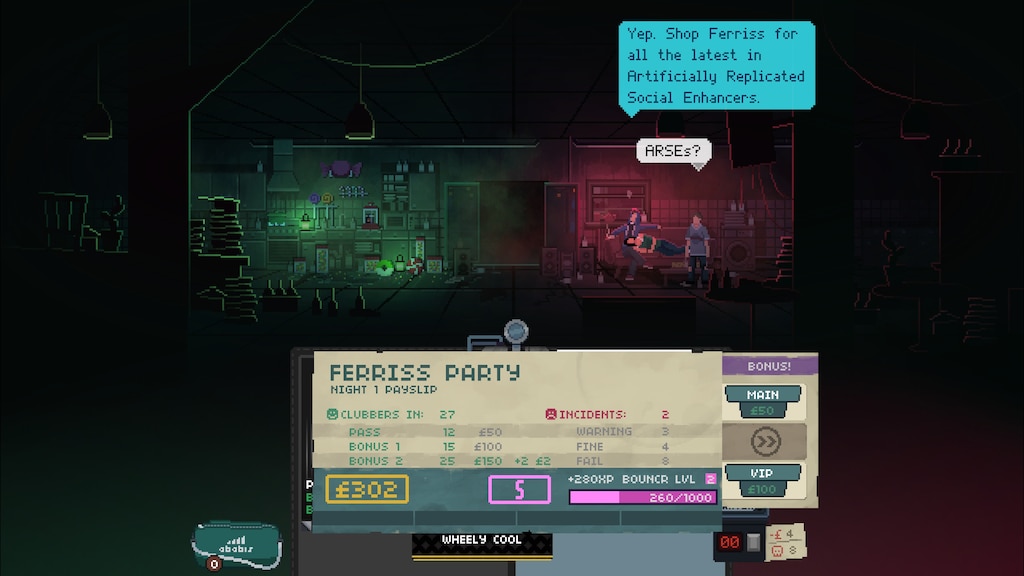 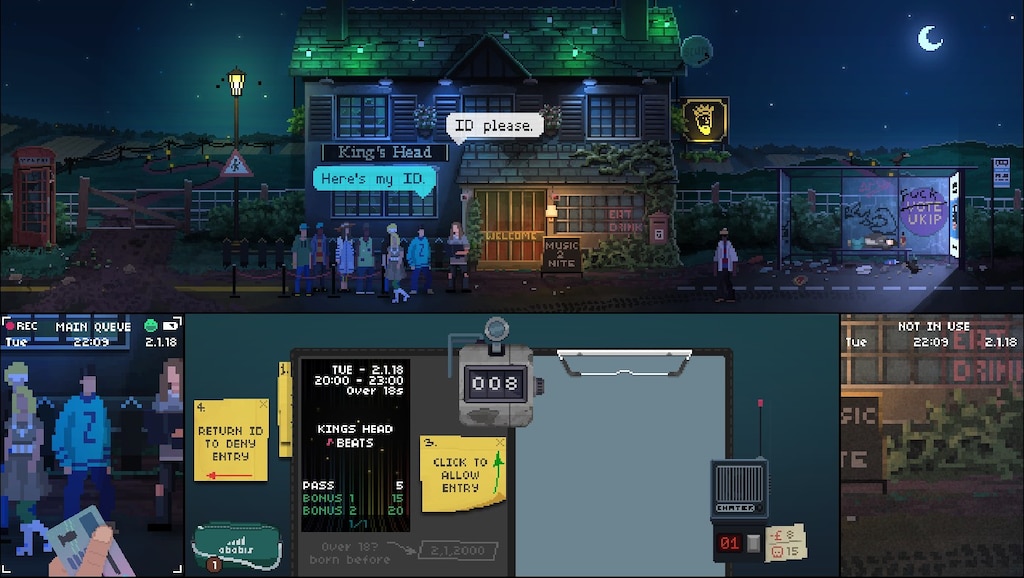 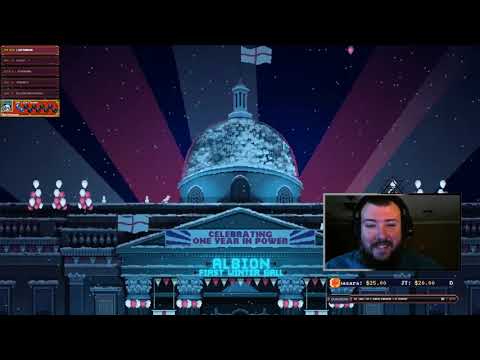 Not Tonight One Love Dating
A full guide on how to win the affection of the 4 love interests including tips on how to afford doing so. I tried to make it as spoiler free as possible. 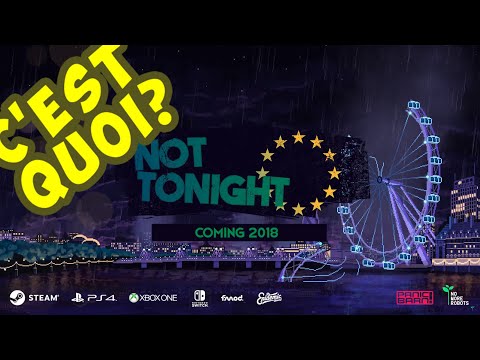 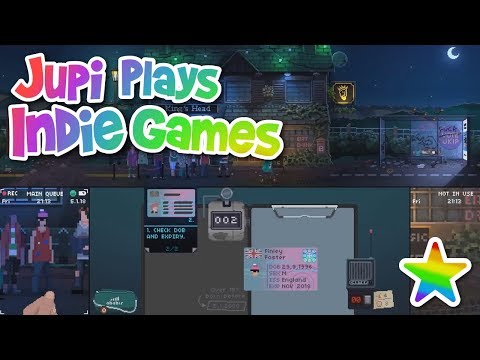 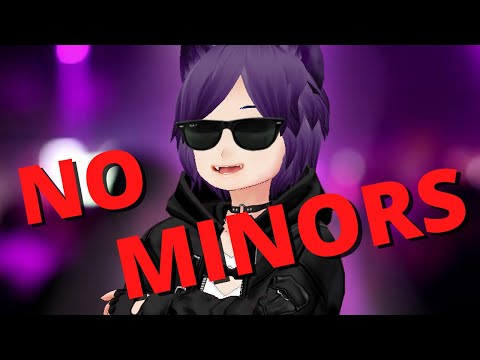 Recommended
32.4 hrs on record
This game is “Papers, Please” but you’re a bouncer in England during Brexit instead of an immigration officer in Arstotzka. Since I LOVED “Papers, Please”, I also loved “Not Tonight” but the reverse will also be true.

“Not Tonight” has (very general potential spoilers follow):
-Great pixel art detail (See: New pixel people dancing in the club every time you let someone in and a stray cat’s butt while it digs through garbage)
-Diverse and meme-y but also really fun music (Tunes = “Chunes” from Pop to Rock to Reggae)
-Jokes and shenanigans (Texts from the number 80085, a guest list with all the names from the cast of Brooklyn-99, the credits being a playable level where you decide who to let into the club)
-Oppression, xenophobia, rebellion and the attempted crushing of your character’s spirit through forced labor, seemingly impossible tasks, and the constant threat of deportation (Dystopian fun! Remember: journalists, reporters, and writers are enemies of the state so don’t let them through the London Wall)
It’s not easy juggling your declining health against the amount of work you need to do just to stay alive (Idea for 3rd installment: America?).

The game does a decent job of balancing the idea of your character’s monotony while keeping you, the player, entertained and invested. It is a bit of a shock when the title screen says “364 Days Until X” and you think you might have to play 365 5 minute days. The game is closer to 15 hours long and skips forward in time when it needs to. Pro tip: Do not try to be immersive and use European date configuration DD/MM/YYYY – I’m already not great at birthday math so I was playing on Hard Mode for no reason.

Because the concept and game structure wasn’t their original idea, some side missions were really unclear, and the ending scenes could have been longer/more impactful, I give Not Tonight 3.75 Fake IDs out of 5. You should definitely get it during a Steam Sale/Humble Bundle to get that sweet, sweet “Papers, Please” fix again.

Recommended
5.9 hrs on record
NONE OF THAT FROGGY LIP. The comparison to Paper's Please is inevitable, but the game is slightly different. I found the game is a lot easier and doesn't ramp up in difficulty nearly as fast or as hard. I'd say the one thing that sets it apart is that the story is more engaging (yes, story in a game about checking ID's). And the security chief gives you the best lines in the whole game because he just can't stand any of those filthy Europeans coming into his clearly Anglo country. He's great, even if he is a bit of a caricature (which was obviously intentional). So, if you want more Paper's Please gameplay, but better characters, this is the game for you.

Trollololo, Redania's Finest
195 products in account
0
No one has rated this review as helpful yet

Recommended
13.8 hrs on record
A good game its worth the time I have put into the DLC and original game.

Danez98
23 products in account
0
Expired IDs causing problems
Some levels even though I’m supposed to check for expired IDs even when I click the invalid expiration date it still acts like they have a valid ID. I’m tired of this happening and messing up my game.
13

GaiasFolley
Jan 25 @ 4:51am
Not Tonight
Photo IDs
This is such a bad gameplay choice with the artstyle. Once I get a warning cause a guy has different coloured glasses. "Yeah, guess accessories count too, fine." Next I get a warning for a woman that appeared to have earrings (like..white line from her ears), deny her cause she didnt have those on the photo and its still a warning. Guy has a very similar haircut (like a middle top part cut?, rest long) to his small ID pic, looked the same on the ID but still a warning. Some feel like a proper pixel hun...
4

LonelyCookie
Jan 19 @ 3:30pm
Not Tonight
Retry / Restart option
An option in game to restart the current level instead of leaving the game, continuing the save, skipping dialoge, selecting the pub, skipping more dialoge and retrying would be greatly appreciated. I really like the game and i try to get a perfect score every shift (maxium bonus and 0 mistakes), and i often see myself restarting a lot in the harder levels....
4

Johnny Natillas
14 hours ago
Not Tonight
Can't even START a new game anymore
I've tried reinstalling, rebooting, starting with different settings, nothing works. I set up a new game and it starts with the pan down while God Save the Queen plays. Then it fades to black, God Save the Queen still plays.... then nothing. It just keeping looping the music and nothing loads....
3