8-Bit Adventures 2 is everything you love about NES, SNES and PS1-era JRPGs - with all of the charm, heart and soul, but none of the inconvenience. Dynamic turn-based battles & pixels with personality!
Visit the Store Page
Most popular community and official content for the past week.  (?)
8-Bit Adventures 2 Developer Livestream #2!
Feb 24
Hi again!

This is just a quick update to let you all know that I'll once again be livestreaming the 8-Bit Adventures 2 Demo as part of Steam Next Fest at around 10:00pm EST.

This time I'll be taking on the demo's optional boss in the Town section! It might not be a particularly long stream, but we'll see how we go (I might replay some other parts of the demo too). Regardless, I'll talking about the game and taking questions when I'm able, so please feel free to join me! 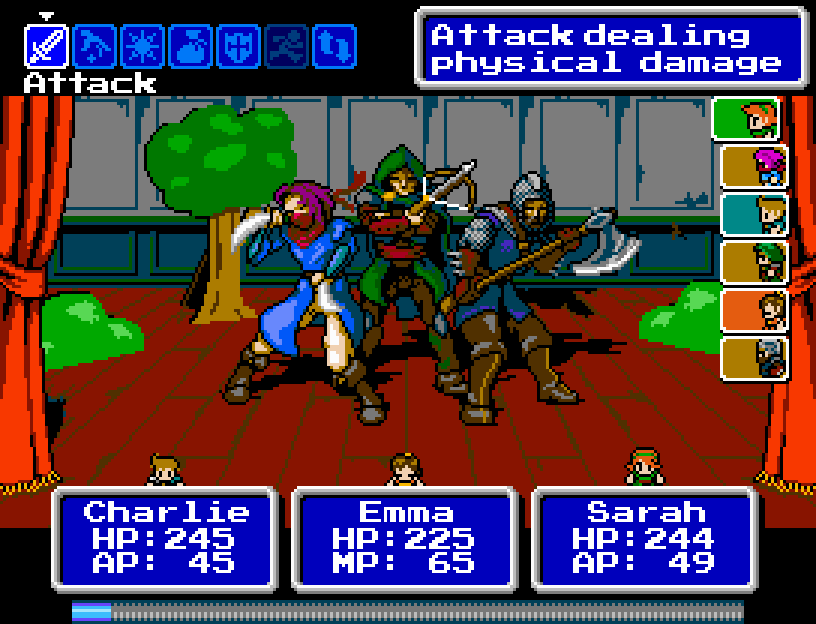 The last stream went a LOT better than I expected, with over 4000 people watching - which absolutely blew me away. So thank you very much to anyone who watched! I really appreciate it =D

Anyway, hope to see you there - but either way, I hope everyone has a great weekend!
~Josh

8-Bit Adventures 2
14
0
Any news?
Hey, I'm still anxiously awaiting the release for this game! Any news you can give me?

This is just a quick update to let you all know that I'll be livestreaming the 8-Bit Adventures 2 Demo as part of Steam Next Fest at around 10:00pm EST. I'll be playing through the new demo, talking about the game and taking questions when I'm able, so feel free to pop on by!

I've never actually streamed anything before, and it took me a few days to work up the courage to give it a go, so this'll be an interesting experiment haha.

Hope to see you there!
~Josh

For anyone who's already played the previous demo, this latest version features all of the same content. You can once again choose between playing through the game's Prologue, battling your way through an exciting Dungeon, and exploring a Town with a hidden boss battle.

However, this latest update includes a TON of changes, fixes, and improvements. Simply put, this update makes the demo run and play like the final, release-level product! But how about some specifics?

What's New in the Demo?

Honestly, I could go on forever - like how the Warrior's Strong Attack now has an increased Critical Hit chance, the Exit Game menu now allows you to load a save file without returning to the main menu, the healing sub-menu now takes up less space and leaves the currently selected column of the Item menu visible, if an enemy has two damaging Status Ailments affecting them at once the damage numbers will no longer overlap, etc. Truth be told, I doubt I could even remember *everything* that's been fixed or changed haha.

So while on the surface this will seem like a very familiar demo to long-time fans, the goal was to raise the overall polish and quality-of-life features to the standard of the full, release-level game.

Development Progress Update!
On that note, while I can't give as much of an update as I wanted to (and I know you all want), I *can* talk about where the game is at!

I probably have a little under a month of work left on the game myself (although I naturally won't stop testing until release). 8-Bit Adventures 2 is playable from beginning to end - with every battle fully functional and all the gameplay content tested and polished. I've just got to finish up on some cutscene work for the end-game side quests and epilogue, as well as put together the hidden Developer Room (that's been left 'till last as it's extraneous to the core experience). 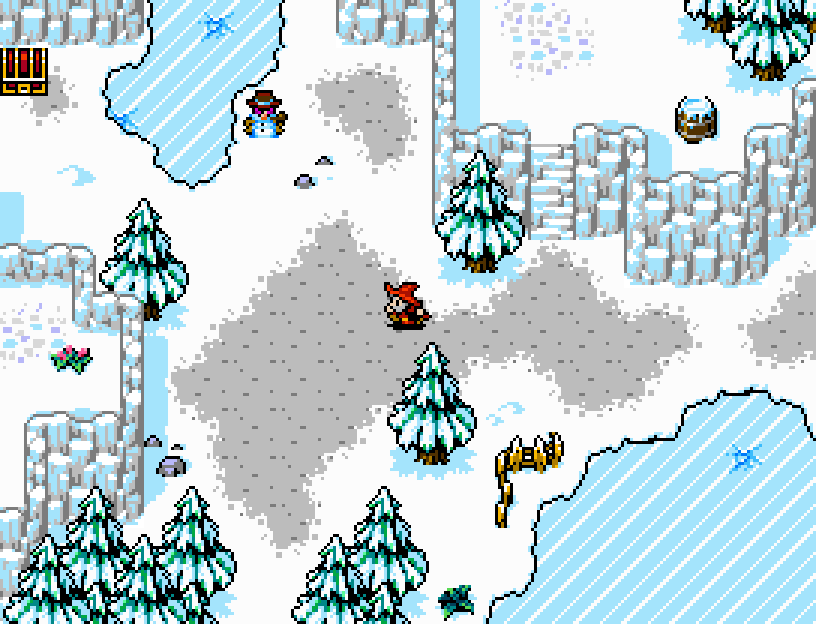 In case you missed it, while I originally thought that 8-Bit Adventures 2 would be a 20 hour game during development, it's turned out to be a jam-packed 30+ hour adventure (including side quests). And none of that time is spent on filler or grinding; I've tried to make the game wall-to-wall content, so it's been a really big project.

So despite how quiet I've been recently, things have been going really well! I'm at the point where a lot of things are beyond my direct control, so please bear with me; because I'll be delivering every bit of news to you the moment I'm allowed to deliver it!

Some BIG Thank Yous
First of all, I'd like to give a MASSIVE thank you to Sufyan Noor, our wonderful programmer who's implemented all of the above ideas with me. He's done an AMAZING job, and I'm really grateful for all the work he's put in. No matter how hard the challenge I pose to him, he always finds a way to pull it off!

Secondly, a TON of gratitude to Peter Ruibal, otherwise known as fmoo on the Something Classic Discord server. He helped me with a last-minute Steam issue that threatened to derail this demo, completely out of the kindness of his heart. So thank you very much Pete! He's working on an upcoming JRPG called Quartet, which I *highly* recommend you check out because the team behind it are some of the nicest, smartest, most talented developers I've ever met!

Finally, I wanted to thank everyone who's played the demo in previous years. And especially those who gave feedback! There are several items on the list above which I added to the game *specifically* because of player feedback. Even if something doesn't end up being implemented, I do take everything on-board, so thank you all for taking the time to share your thoughts with me! We're at such a late stage now that not much else will be able to change, but I'll definitely be updating the game post-launch so please do feel free to offer feedback if anything stands out to you =D

Wrapping Up
If you've played the demo before, this update might not seem like a big deal - for which I apologise. I didn't want to spoil any more of the game than I've already put out there. And I also know a lot of people haven't played the demo before, so I didn't want to take development time away from the main game to build a whole new demo (which would've probably taken 3 weeks to a month).

However, everything that's been added in this new update demonstrates a giant step forward for 8-Bit Adventures 2. We're at the point now where the game plays like a final, release-level product - even better than I originally envisioned - and that's incredibly exciting to me!

And don't forget to check out all the other amazing demos included in Steam Next Fest! If you're interested in 8-Bit Adventures 2, I'd say games like For a Vast Future, Jack Move, and Absinthia might be right up your alley =)

Anyway, my journey nears its end, and yours is soon to begin - so please keep your eyes peeled for news. I'll probably give everyone an update on porting progress next time I post (just to keep you all in the loop), and then the one after that will be the release date announcement - followed by the actual release! =D
~Josh

P.S. I'd sincerely appreciate it if you could add 8-Bit Adventures 2 to your wishlist, as this genuinely helps us out (particularly during Steam Next Fest and at launch)! Our most adorable enemy - a puffball named Eek - *really* wants you to do it =P 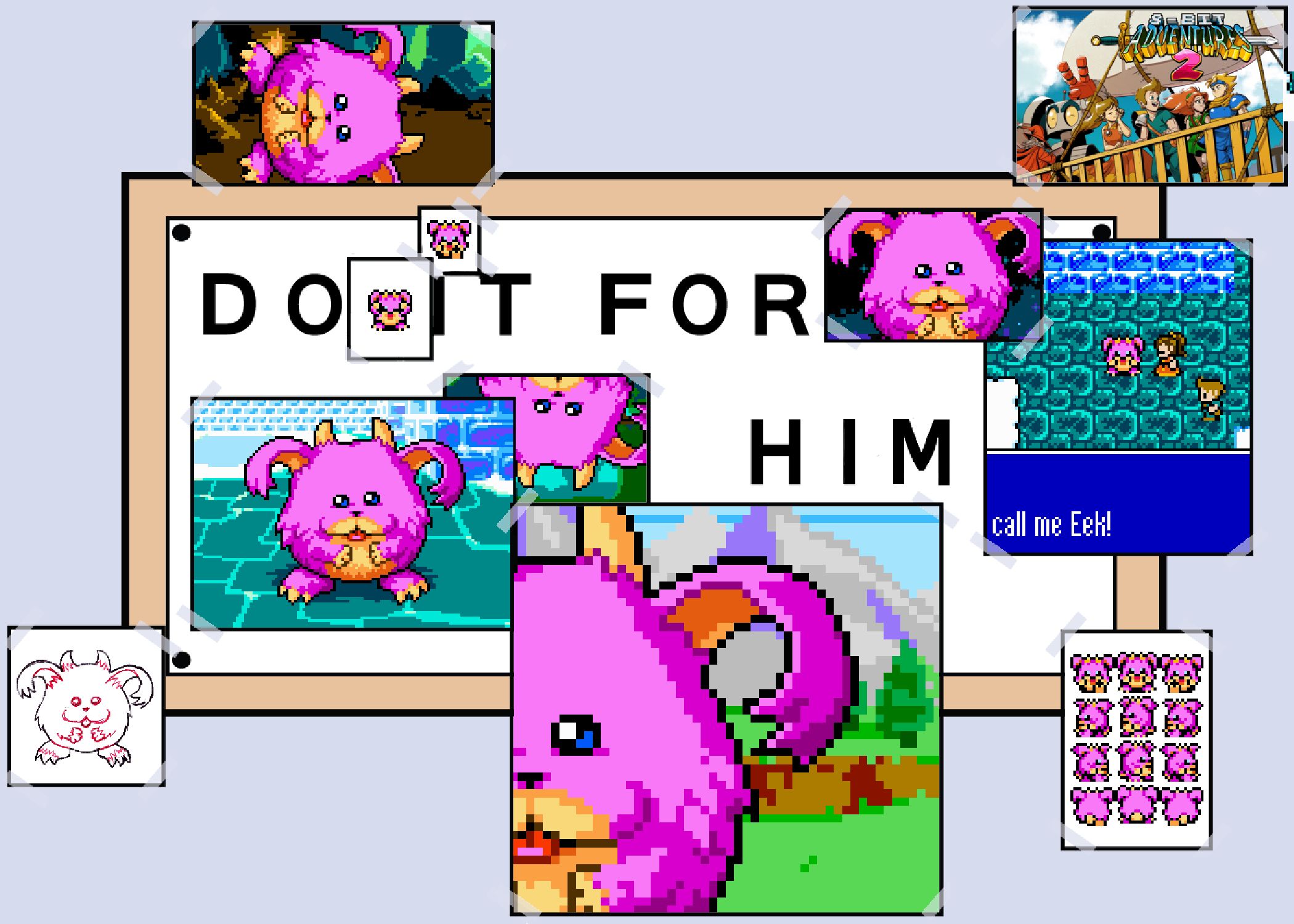 For more information and updates, please:

8-Bit Adventures 2
19
4
not bad, just a couple of suggestions
1) Health display options: add the option to show health as either a health bar or add the maximum health next to your current health, like 85/100 HP 2) improve enemy attack animations, something simple maybe, like the enemy jumping up and down when they attack, just to have some feedback on whos attacking, same with your party members, i often lost track of who was attacking...
7

Nuclear Kangaroo
Jul 28, 2021 @ 12:13am
General Discussions
How to quit the game?
I have started playing the Prologue, but realized I did not quite like the controls, so I wanted to return to the main menu and change them. However, I have been unable to do so, despite hitting the keys usually used for that, e.g. Esc, Enter. Is there a way I can edit the controls without Alt+F4 and restarting the game altogether?...
1

JohnnyTheWolf
Feb 22 @ 5:49pm
General Discussions
QOL suggestions
sorry for making another thread, i finished playing the entire demo and found some other stuff that could use improvement: - always-run/run toggle option - text speed settings - UI color options, all bright blue can be a nuisance, adding the option to change the color would be welcome, i would also suggest using images of the characters to compare stats when buying stuff at the store...
5

Nuclear Kangaroo
Mar 9, 2021 @ 2:52pm
General Discussions
Cool game, I'll definitely wishlist
I'm happy to see retro JRPGs that update the gameplay to not be grindy or have throwaway fights to wear the player down. I really like that HP/MP are restored between fights so that each one is interesting. Kind of reminds me of the Penny Arcade "On the Rain-Slick Precipice of Darkness" games. So far not sure if buffs are worth a turn compared to damage, but that's always been a balancing act and I'm sure in longer fights they'll make sense to use. I saw in another post you're set with the 4:3 ratio, whic...
5