Arcade-style racing game inspired by the spirit of the early 90s, with drifting mechanics and exotic tracks.
$9.99
Visit the Store Page
Most popular community and official content for the past week.  (?)
Slipstream v1.2 - Public Release!
Sep 15
After a year and a half of work, the new version of Slipstream is finally here. Calling it "1.2" is almost an understatement—it is a full rewrite of the original code. Calling it "2.0" would make more sense.

Initially, it was supposed to be just a "simple", straight rewrite of the original code, in preparation for a re-release (more on that later), however, as I rewrote parts of the code, I noticed there was a lot of room for improvement and decided to take a little more time and do the right thing, fix and add everything I thought was necessary. A 6-month project became a 1-year project that, as expected, took more than a year, but now it's here, and I'm very satisfied with the results. It's hard to even write a "changelog" because everything was changed, but I'll try to list all the major new features.

New AI, and no rubberbanding
The one change that set the ball rolling for all the others was rewriting the AI. The old version relied a lot on rubberbanding (that is, making the AI artificially faster or slower depending on the player's position in the race. If you're in first place, AI gets faster, if you're last, AI gets slower.), but I never liked that, it's a very obviously artificial way to balance things. The new AI should be equal to a player in every sense, use the same cars, with the same specs, same mechanics, everything. And, although the new AI still isn't perfect, it feels much better to race against now. The AIs use the same cars as the players, they crash, they use the slipstream, everything.

(side note: The new AI isn't exactly ideal yet. The amount of testing I can do by myself is limited, so the difficulty may be a little unbalanced. I will try to improve this with smaller updates in the following weeks.)

New Mechanic: Rewind
The non-rubberbanded AI created a problem: they wouldn't slow down if you made a mistake. If you crash your car, the only hope of getting back into the race would be if the AI crashed too. And it does crash, a lot, but relying on that wouldn't be a good way to balance things. To avoid locking the player in this almost unwinnable state, I introduced a new major mechanic that changed the whole game: the time rewind. When you activate it, you can go back in time for up to 5 seconds, so you have a second chance to enter a curve or avoid a crash. This was a very complex system to implement, but it made the game a lot more fun and strategic.

Difficulties out, Weight Classes in
A lot of people like how challenging and fast Slipstream is, but others have some difficulty with the controls and the speed. I want the game to be approachable and playable by anyone, regardless of their gaming experience, so I decided to change the difficulty system into a Mario Kart-like weight class system. Instead of easy/medium/hard, now we have light, medium and heavy. Heavy is the "classic" setting for Slipstream veterans, with very high top speeds and relatively slow acceleration. Light is the opposite: all cars have lower top speeds but faster acceleration, and they're easier to control. Medium is a midpoint between the two. There are no restrictions on trophies anymore, all classes are equally valid. The AIs are almost the same in all classes, so the focus of the new difficulty system is on the player cars, not the AI cars like before. Light is not necessarily easier to win than Heavy, but it's easier to play. And now, making the game easier for players makes it easier for the AI too, so the light setting may still be quite a challenge. (If you thought Stardust Speedway was "too easy" in the original, do I have a surprise for you...)

Stock Cars, Custom Cars, Grand Prix rework
In the original game, there were two pure racing modes: Single Race and Grand Prix. Single Race always used "stock" cars (cars with predefined specs) and Grand Prix always used "custom" cars (cars with upgrades chosen by the player). Now they are two separate categories. Single Race is still stock-only, but Grand Prix now has an option to choose between Stock and Custom categories. The upgrade system has also been entirely reworked, now instead of 0 to 10, the upgrades go from 0 to 100, and the player gets more money for upgrades from each race.

Records, New Online Leaderboards
With all those changes, it wouldn't make sense to compare all times for a given track without finer categorization, so I raised the number of leaderboards from about 30 in the old version to more than 200 in the new. Each track now has 9 (!) online leaderboards, one for each weight class, in each mode: stock, custom and time trial. There's also a new Records screen on the main menu, which keeps your times for each track/category/mode, and it's also present in the DRM-Free versions.

New character art and dialogue
All the rivals have new dialogue and new portraits, created by my super talented friend Victor, who also created the art of Dandara: Trials of Fear—check it out.

Modding
This is the one system I haven't been able to properly test yet. It already exists and it works, the base game content is already loaded through the same system that loads mods, and I have tested modded content on my own machine, but there's a problem: there are no modding tools yet, nor documentation. I have been very busy getting the game ready for this release, so I'm gonna ask for a little more time on this one. Basically you can add user-provided Cars, Tracks, Backgrounds and Scenery Props (but not characters for now, sorry). This content can be used in Single Race, Cannonball and Time Trial modes. Expect news about this before the end of 2021.

Quality of Life, Miscellanea
Many small changes and optimizations, too many to list, but, from the top of my head:
Save files from the original version will NOT carry over to the new one, but the two can coexist. Steam achievements will remain exactly the same. The old version will be moved to a separate "legacy" branch and remain there for anyone who prefers it over the new one (but I hope no one does, the new version is objectively better).

Re-Release & The Future
As I mentioned before, Slipstream is going to be re-released. I've signed a contract with a publisher and we're preparing to bring this new version of the game to new platforms. So, if you liked Slipstream and want to support me further, keep an eye out for when it shows up on your platform of choice. It will also probably work on the Steam Deck, but I can't confirm this yet. I'm gonna be running discounts on the Halloween, Black Friday and holiday season sales, so if you have a friend who might like the game, tell them!

When this update cycle is over, when the bugs are fixed and the game is stable, it will also be the end of this project, at least for me. I feel like it is complete now, it is the best I could do for this idea, this concept of a game. I've dedicated years of my life to this project, and it's been a great experience. Slipstream sold more than 15 thousand units here on Steam, and it reached more than 200 thousand people through the humble monthly package. It has a 92% positive review rate at the time of writing, and has been featured on SGDQ 2019; it surpassed by far all the goals I could have set for it in 2016 or 2018. It got me in touch with a wonderful community (even though I'm very shy and very anxious, sorry if I don't interact as much as I should!). Thanks for all of that, to each of you who ever played it even for a minute, it's been an honor.

But I don't want Slipstream to vanish. The modding system will be my way of saying farewell to the project and passing the torch to the community. If there's enough interest, maybe the community will keep it alive with new tracks and/or cars. And maybe I'll come back to make some DLC package or expansion in the future, but for now I want to start a new project I've had in mind for a long time.

If you want more frequent news or want to know about my next project, follow me on twitter—it's my only social media channel. Thanks again, and enjoy the game!

Slipstream
420
53
Is it just me or has the game got more difficult with the new update?
It's pretty hard to keep up with the Ai.
42 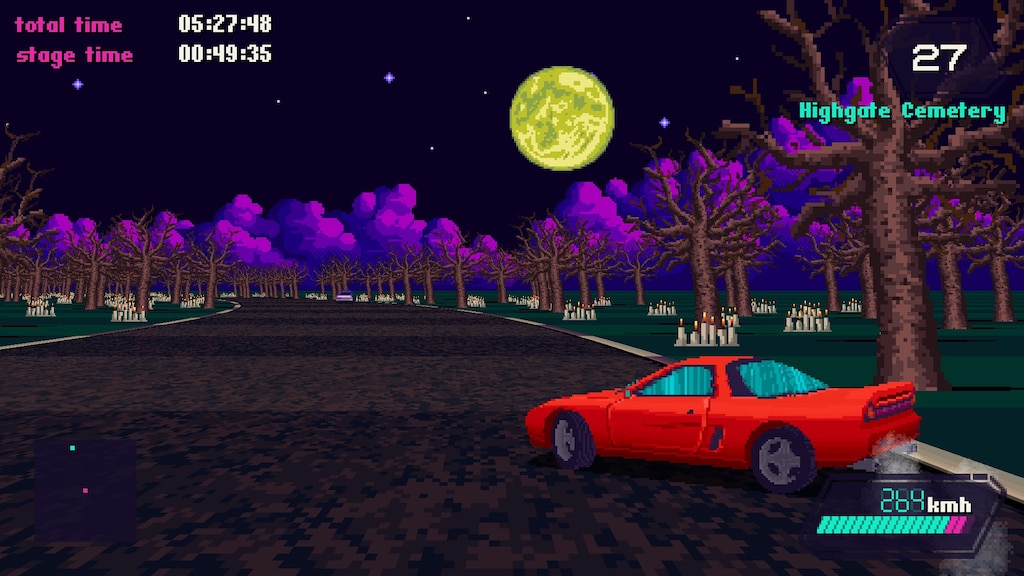 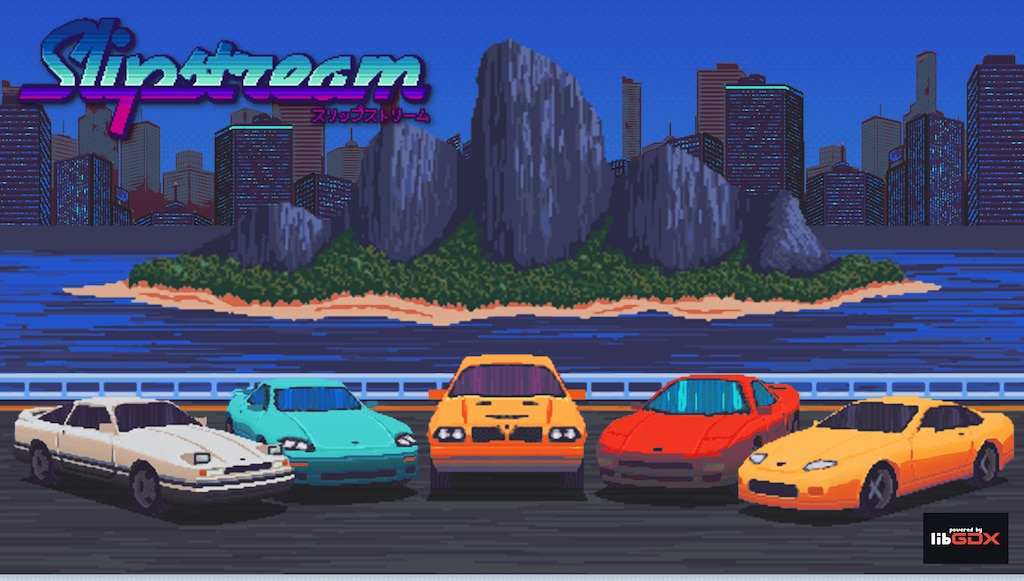 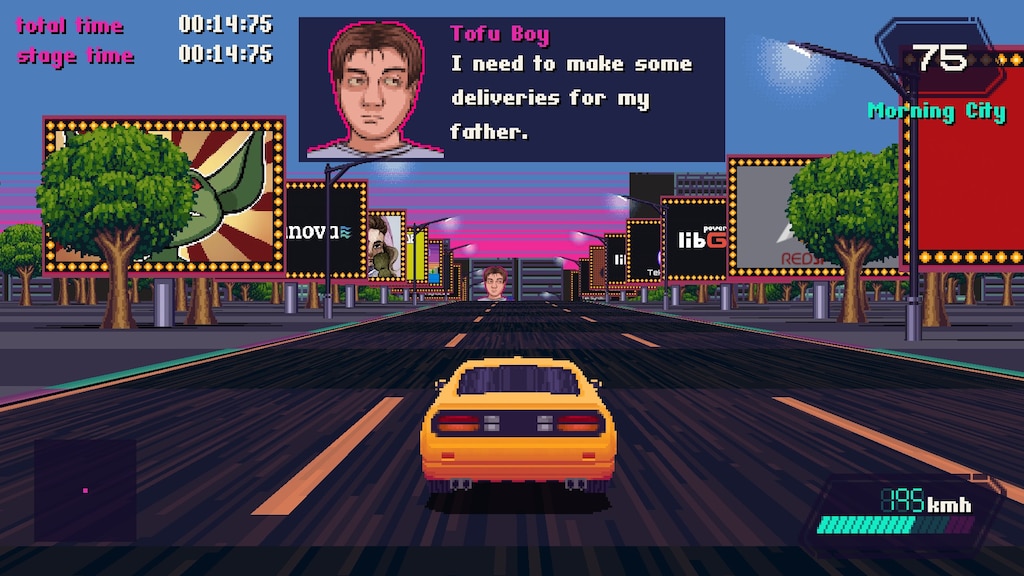 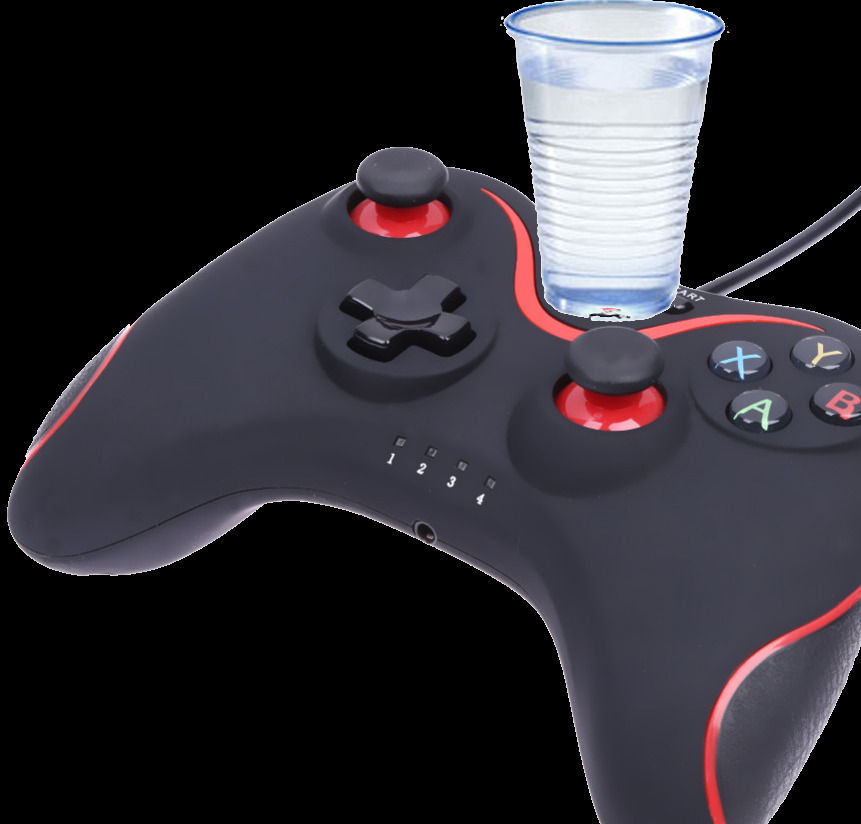 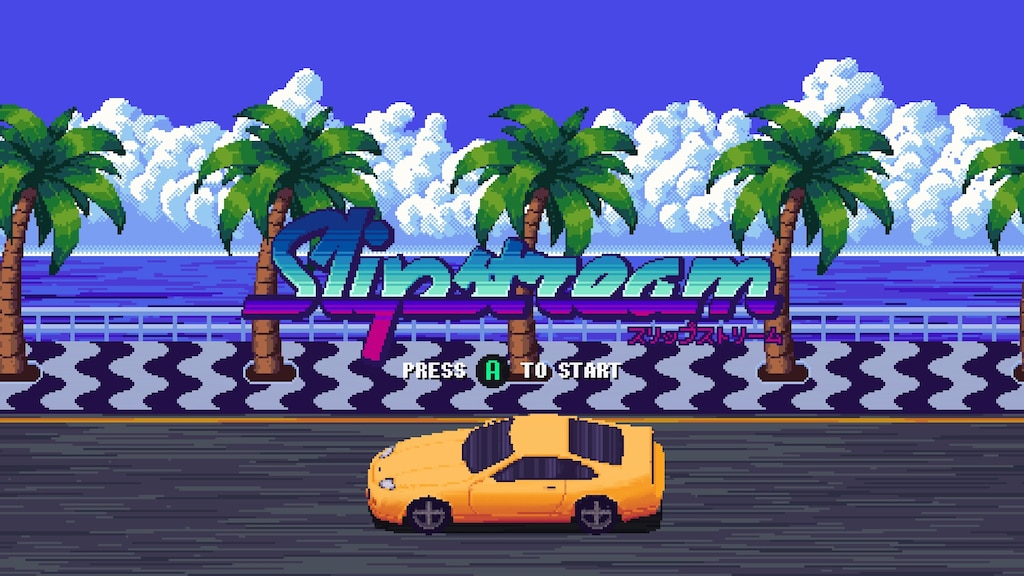 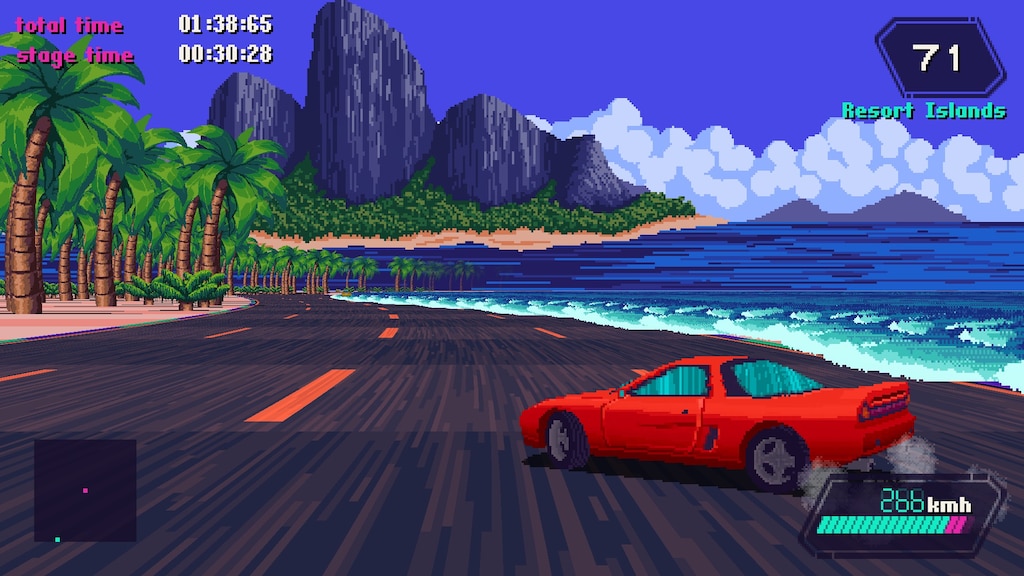 All Achievements
A clear and concise guide on how to achieve all the achievements you can achieve in Slipstream, including the five tagged as hidden which do not appear on the in-game trophy shelves.
64 ratings 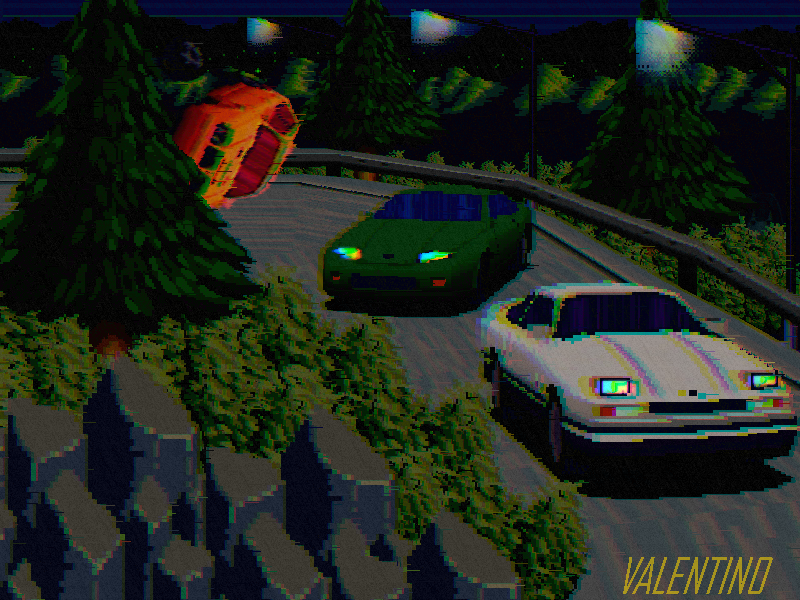 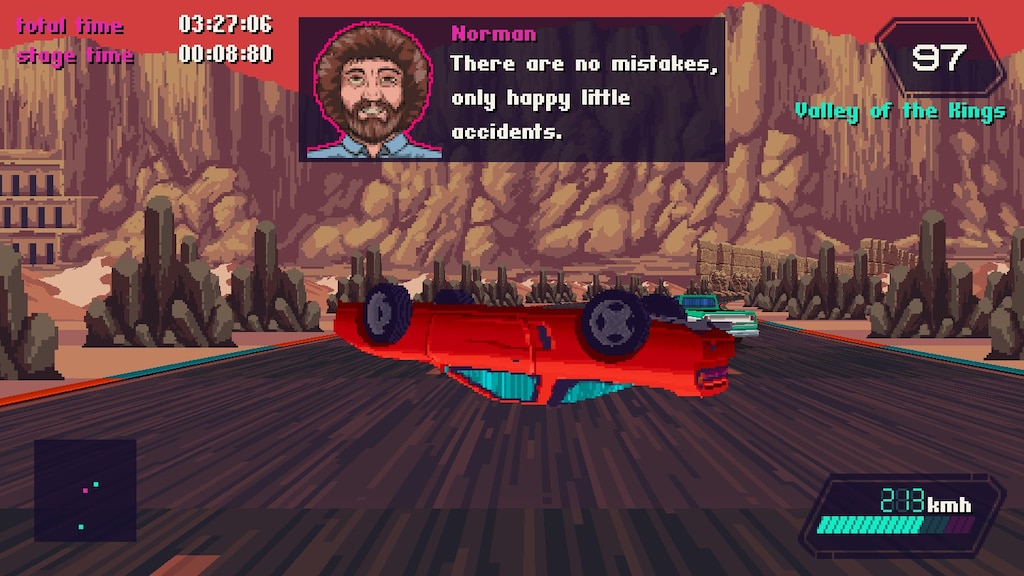 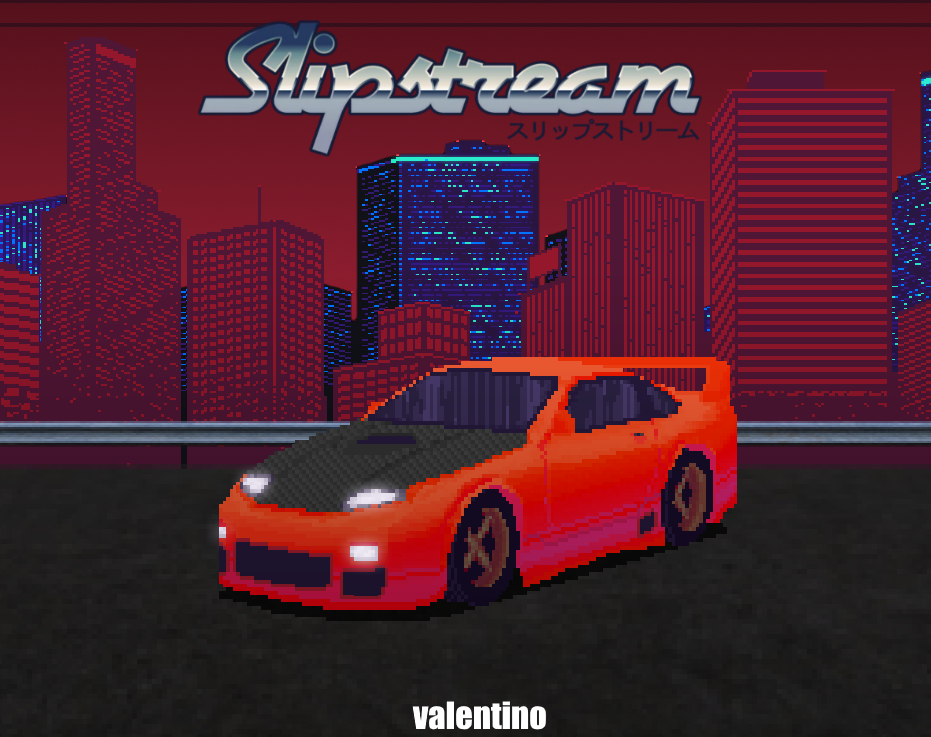 Alternate Map of all routes
An alternate way of displaying the different routes that some people may find easier to use or not, just something I made for myself and felt like sharing.
44 ratings 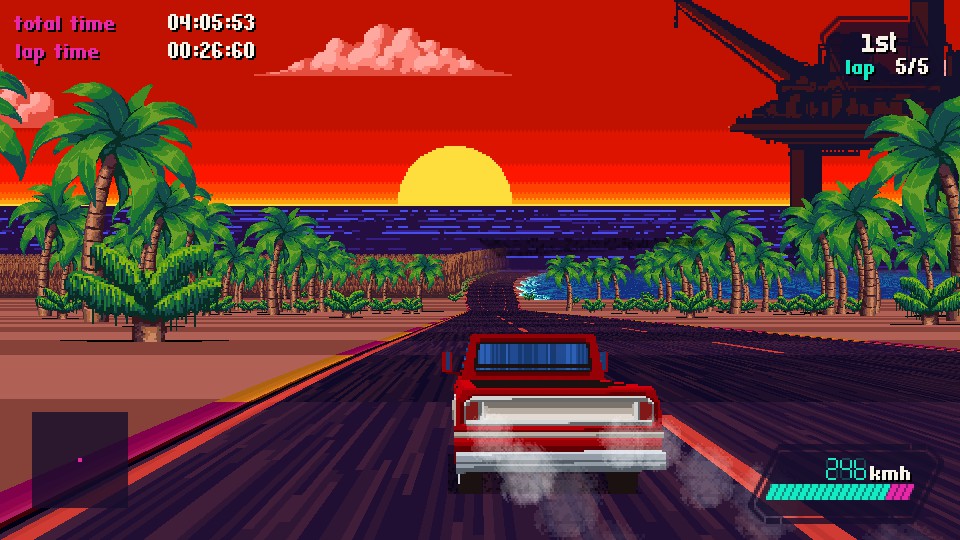 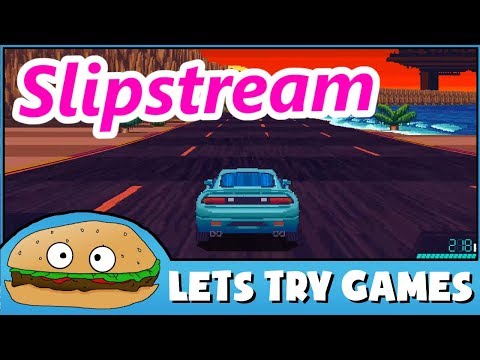 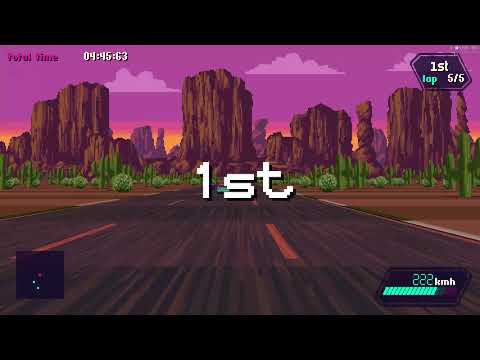 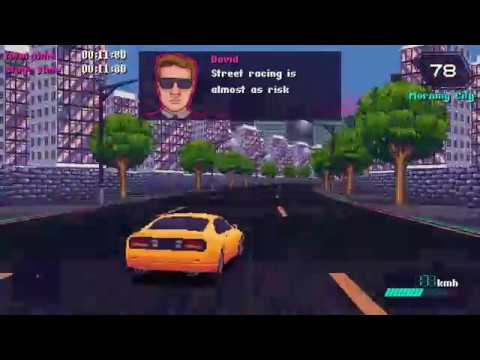 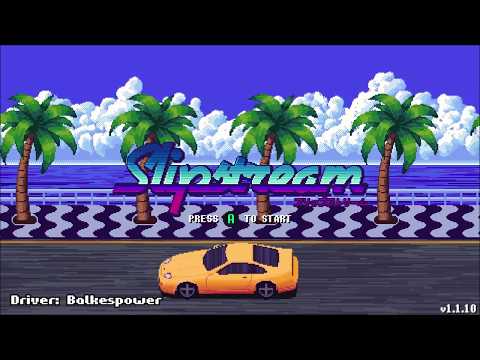 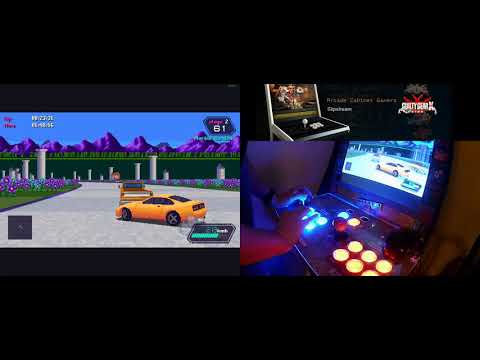 joyrider3774
View videos
One single mistake and it's over
I bought this game to casually play it but this is totally ridiculous. Some AI are "normal" while others are nearly impossible if you make a single mistake. Tell me git gud I don't care, but this game is not fun if you've gotta play like a pro. Gonna refund it rn....
8

davidsnk
Oct 1 @ 12:13am
General Discussions
Game crashes after update (I suspect it has to do with controller)
Hi, I am using a 8bitdo SN30 Gamepad. The game shuts down suddenly with no apparent reason. I think it has to do with something about the controls and the confirm button. Best
4

barcia.ivan
Oct 9 @ 3:31am
General Discussions
Can't update or install.
Since the new update I'm getting "missing file privileges" errors when I tried to update or install after uninstalling. Running steam with admin access didn't help either.
7

Worgen Freeman
Sep 24 @ 11:04am
General Discussions
New patch preventing me from updating or downloading
What it says on the tin, can't verify to finish installing, won't update claiming disk write error / permissions missing (even though I can install / update every other game just fine).
6

Sentay
Sep 21 @ 7:45pm
General Discussions
No one has rated this review as helpful yet

Recommended
82.2 hrs on record
I like this game it is good