Your favorite marsupial, Crash Bandicoot™, is back! He’s enhanced, entranced and ready-to-dance with the N. Sane Trilogy. Relive all your favorite moments in Crash Bandicoot™, Crash Bandicoot™ 2: Cortex Strikes Back and Crash Bandicoot™ 3: Warped, now in fully-remastered graphical glory!
$39.99
Visit the Store Page
Most popular community and official content for the past week.  (?)
ripper roo
There is a problem with the BOSS RIpper R00 in Crash bandicoot 2. makes me 2 tnt then it stands still and nothing else can be done because it does not move any further and does not create tnt or nitro
4

konrad_marzec
May 15 @ 8:13am
General Discussions
Guide

Brett Hull Was In The Crease
View all guides
Guide 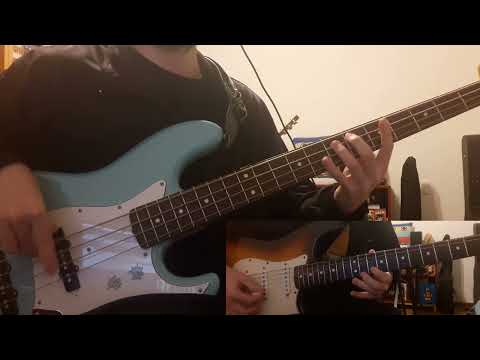 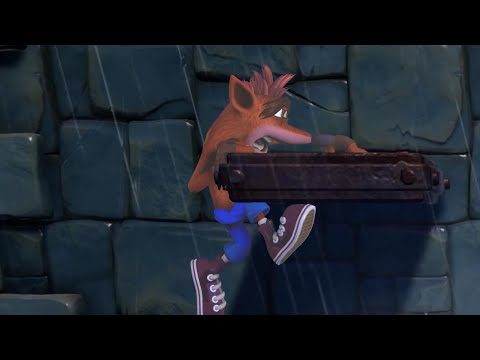 Jôkerツ
View all guides
How many would actually purchase Crash 4 on Steam?
Personally, I was looking forward to Crash 4 coming to PC but I can't be bothered dealing with Battle.net. Is there a large percentage of people that would only purchase on Steam or are most just gonna buy it on Battle.net anyway? Also would you still get it on Steam if it came much later than Battle.net? I certainly would but I also think it's doubtful. Edit: Now we know Crash 4 is always online, how does that impact on using Battle.net for the game?...
360 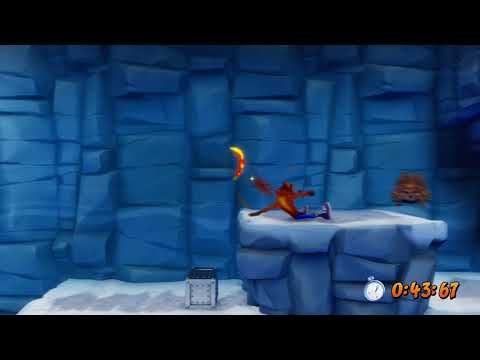 Recommended
9.9 hrs on record
Decent game but the camera is so awful which almost stopped me from finishing the main story.

When you're hanging on the top, It's difficult to tell if you are on the same line with the enemy.
When you are playing in a level that is supposed to move upwards or downwards, it's difficult to measure the distance between each platform and I always fell because of that.

If you have never played any platformers, I would suggest play other games in case of nightmares.
If you are a masochist and want to get all achievements, this game is for you. 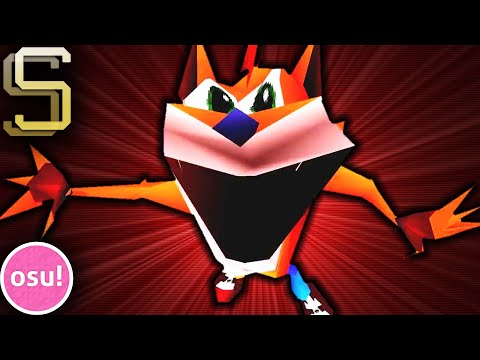 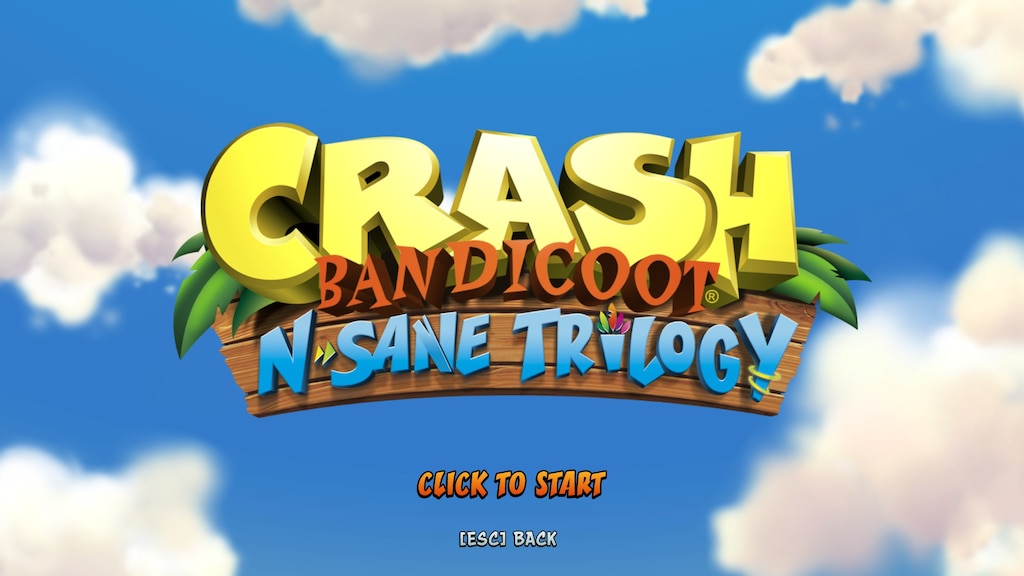 Recommended
47.1 hrs on record
I just wanna start off by saying ♥♥♥♥ crash bandicoot 2: Empire Cortex strikes back, it's just obnoxious and, and, and bleeeeeeh

As for the rest of the trilogy, it is really awesome, the time relics is kinda hard to get in some levels, but with practice and hard work, they still would be hard af, i love it, it's insane ;D :/

After saying crash through my mic for like a 80 bajillion times, youtube suggested a video about Cash Banooca from Caddicarus, and i been watching his videos non stop ever since i saw that thumbnail

I'd recommend the game and the youtuber any day 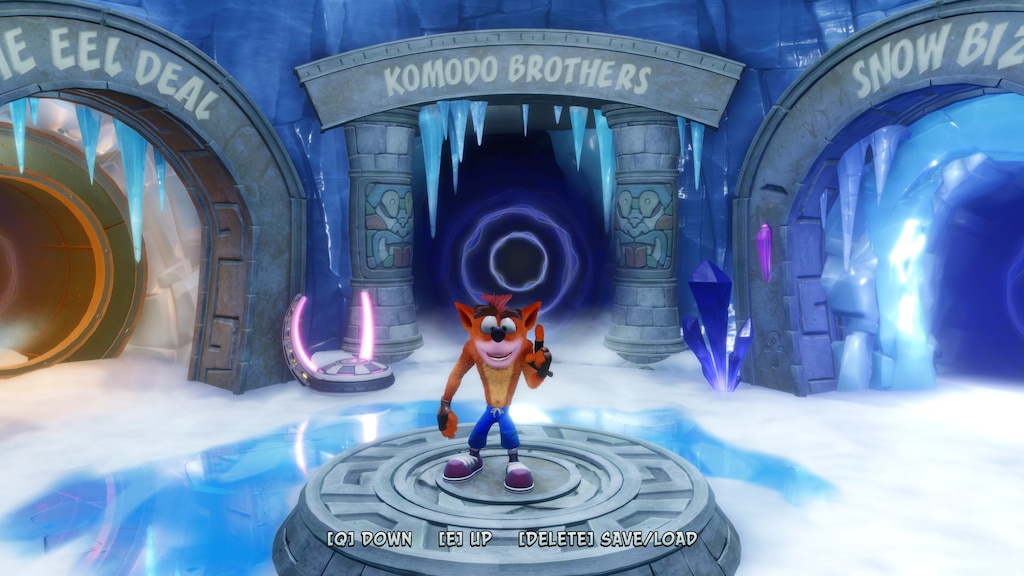 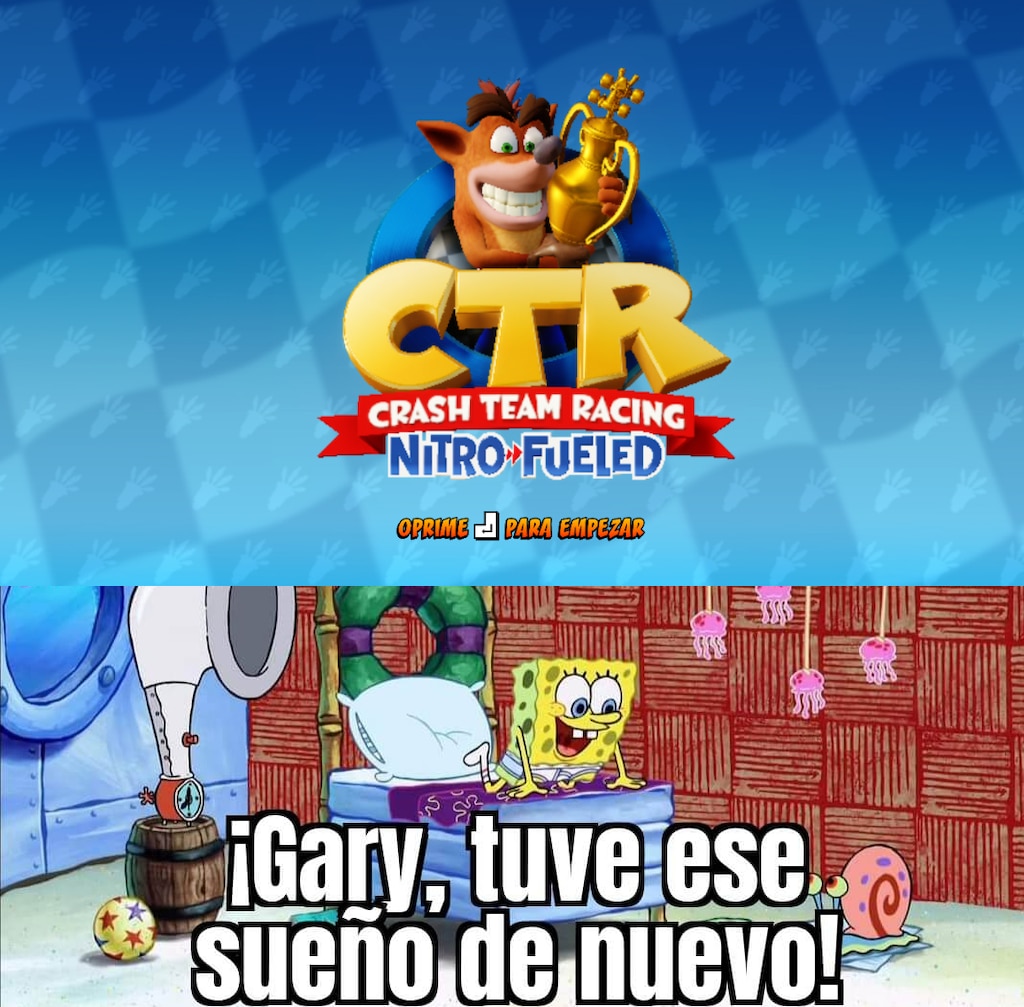 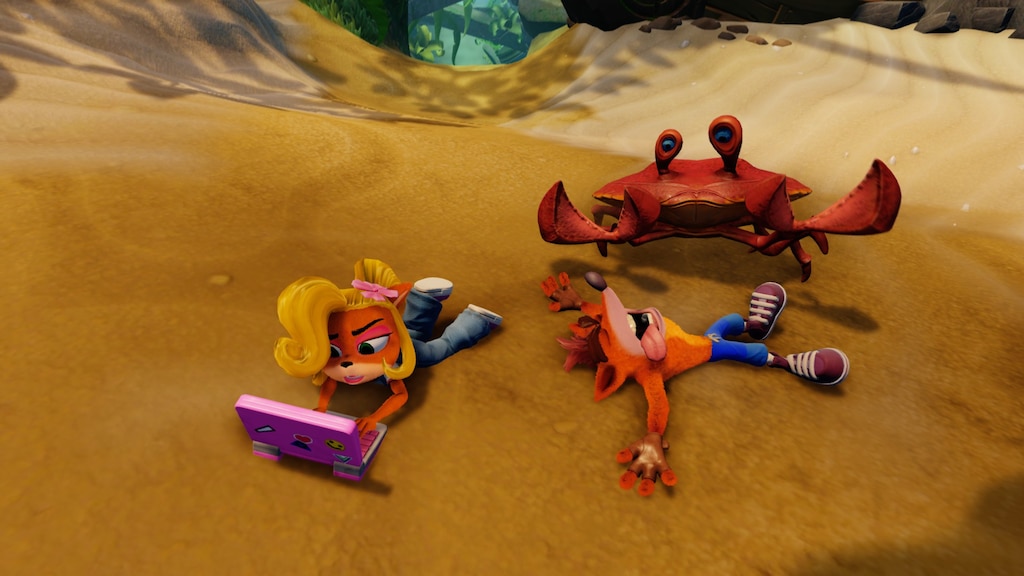 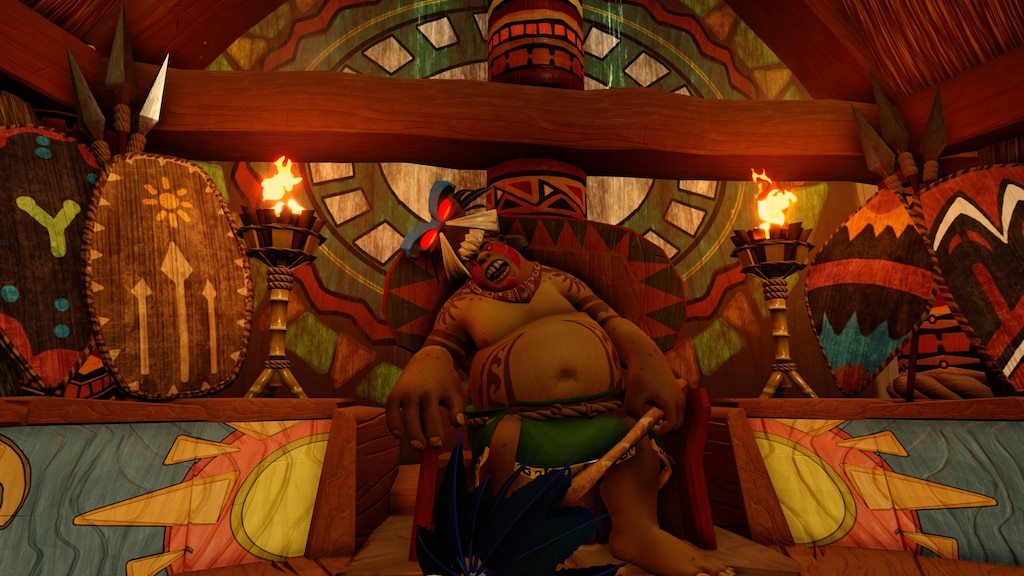 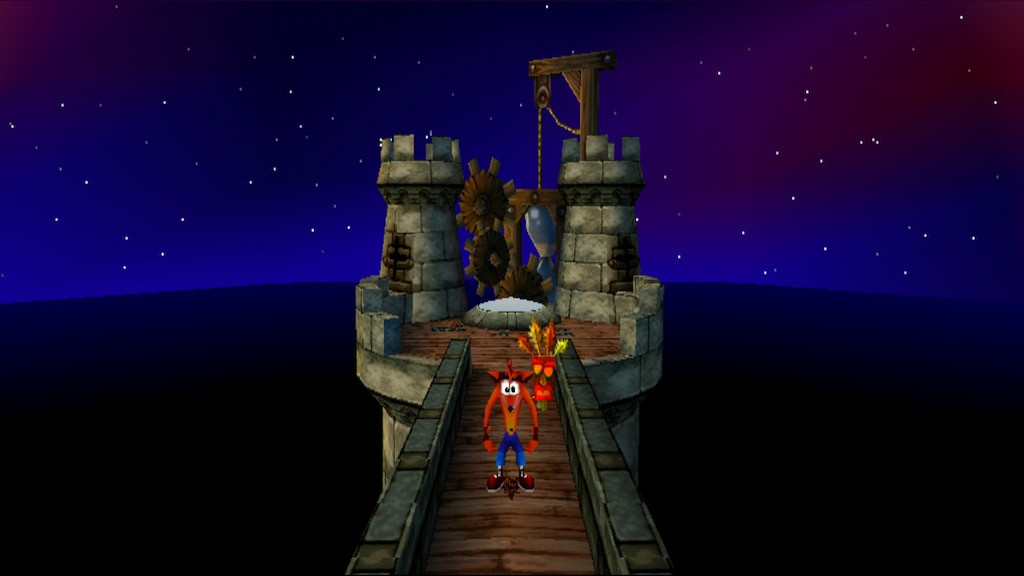 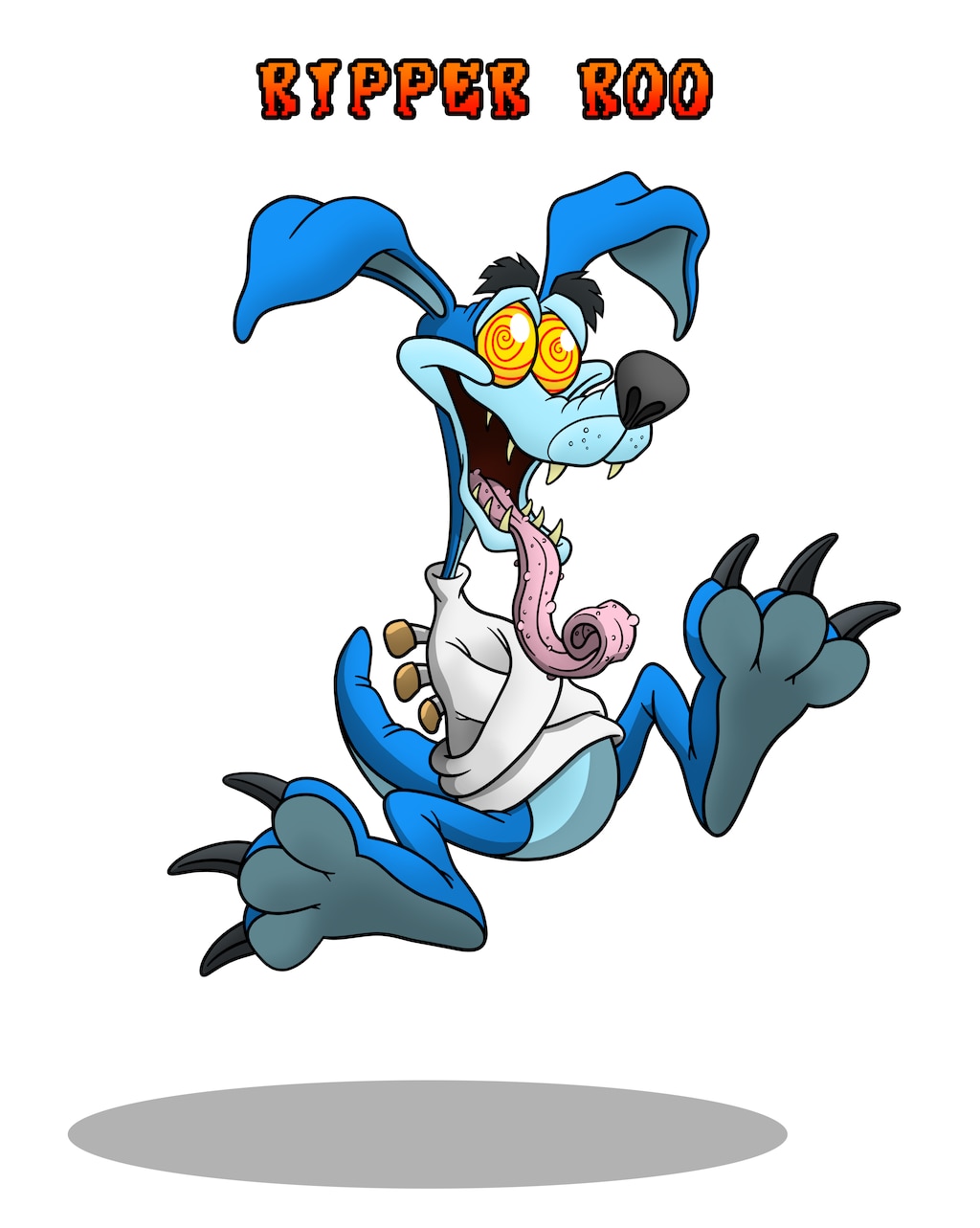 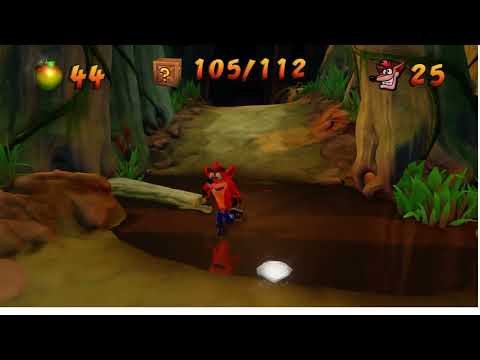 Smitts
View videos
FPS will NOT follow rules HELP
Maybe someone here can help, I've tried multiple ways to unlock the FPS and it will not go past 60 no matter how I play with it. And that would be okay if I could at least get a consistent 60 FPS, but I'm stuck chugging in the 30-50 FPS range with awful tearing for no real reason. It never hits the 60 FPS it should. Its constantly jumping up and down and I don't know why. Also for some reason I don't have an option to select the high performance nvidia processor on my nvidia control panel. Looked up a vi...
9

Dasnaq
3 hours ago
General Discussions
Crash 2 Save with 26 Relics Gold (or Platinum)?
i have all silver relics in Crash 2 and with running shoes i should have no trouble (i guess) getting at least 10 golds, but frankly the aggravation of getting even silver made my hair turn grey. does anyone have a save with 26 gold (or platinum, don't really care for platinum) relics with one missing, presumably one on easier level, that wouldn't mind sharing so i can get the last 2 achievements i am dreading of doing? i don't mind going for gold eventually, but i wanna get the stress of achievements be...
43

Zaichi
Mar 16 @ 8:10pm
General Discussions
Please just ignore this post
I have a key I don't need for this game since I already have it on my library, so I wanted to trade it with someone here on Steam, no bad intentions, but sadly a couple of ♥♥♥♥♥♥♥♥ in the comments just don't wanna understand I just wanted to do a safe trade for both ends, even when I'm showing them proof i'm not lying, so ♥♥♥♥ it, they ain't worth my time and I can find someone interested somewhere else anyways. There is always some special idiots trying to act morally correct, they say stuff like "it's a...
8