An ancient evil lurking within the Master Emerald has been unleashed from its slumber by the devious Dr. Eggman and is on the verge of becoming the ultimate monster using the 7 Chaos Emeralds. Only Sonic and his friends are heroic enough to put a stop to Dr. Eggman and his evil minions.
$7.99
Visit the Store Page
Most popular community and official content for the past week.  (?)
How does this game have very positive reviews?
The game is completely terrible. It's designed bad, it plays bad, it controls bad. Practically everything about this game is bad. The pinball thing was cool though. Just kidding, that was bad too.
552

Easy way to get Knuckles A Ranks
Back in the day i used this cheesy way and it still works as i've seen. No extra software or device required.
118 ratings

Unreal Squad
View all guides
Can't beat Big's Mission A at Twinkle Park.
Now, I'm not here to complain about the fishing minigame. I'm actually good at it and I even have fun playing it. I never disliked it, not even 20 years ago. The problem is that the game wants me to catch a 2kg fish before catching Froggy but it's just not spawning fish that are heavy enough to meet the criteria. I noticed that the fish in the pool change every time I catch one, so I keep catching the biggest one I can find in the pool, but it's always like 1.7kg at the most, sometimes even below 900g. Is...
4 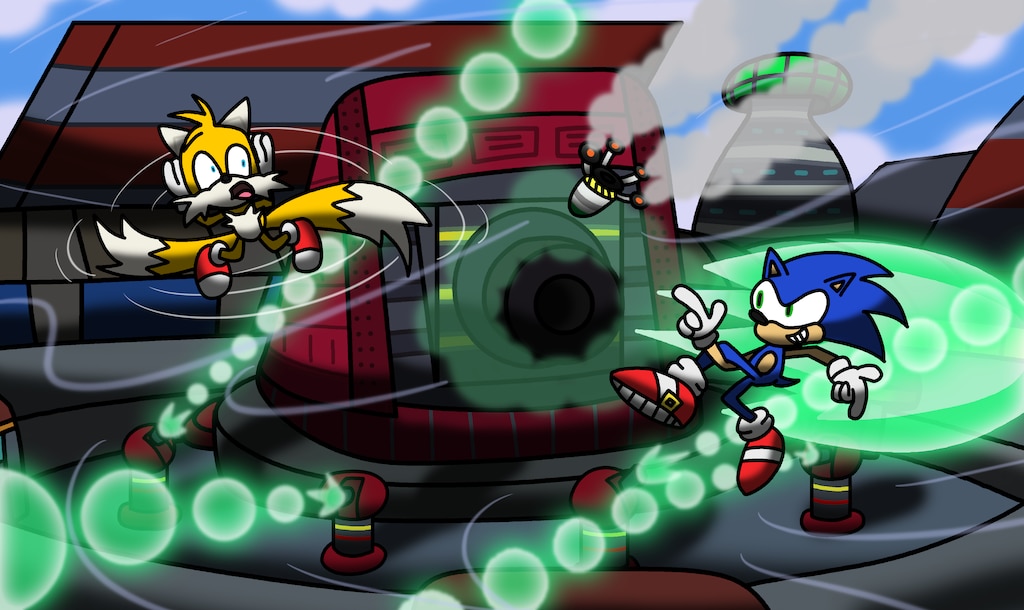 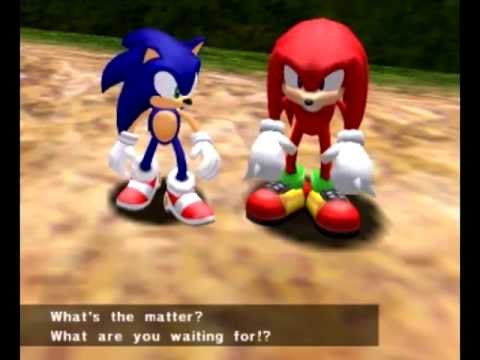 RobowilOFFICIAL
View all guides
I can't get the Big The Cat achievement
I unlocked Big The Cat by talking to him as Tails. Yet I don't have the achievement. What does "make friends with Big" actually mean?
15 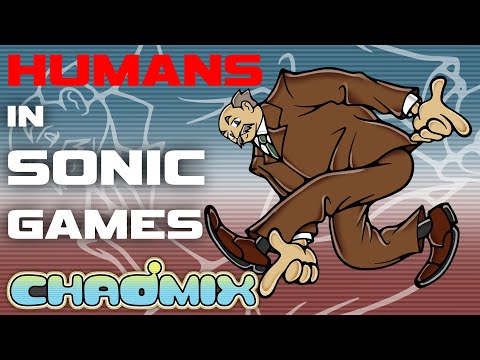 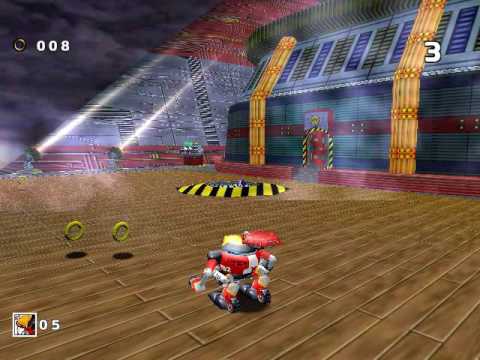 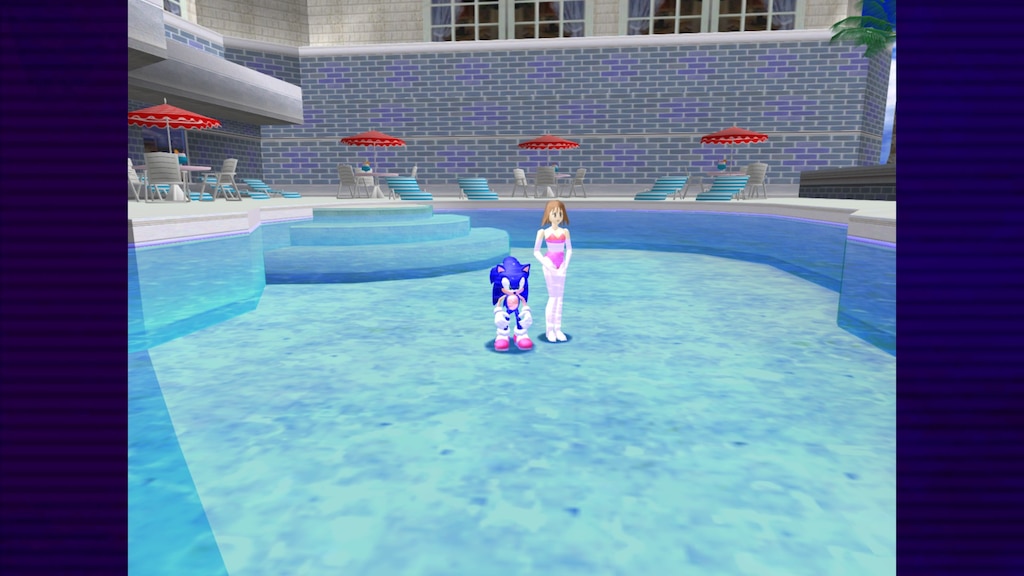 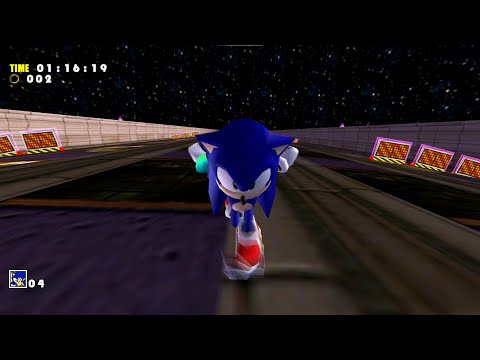 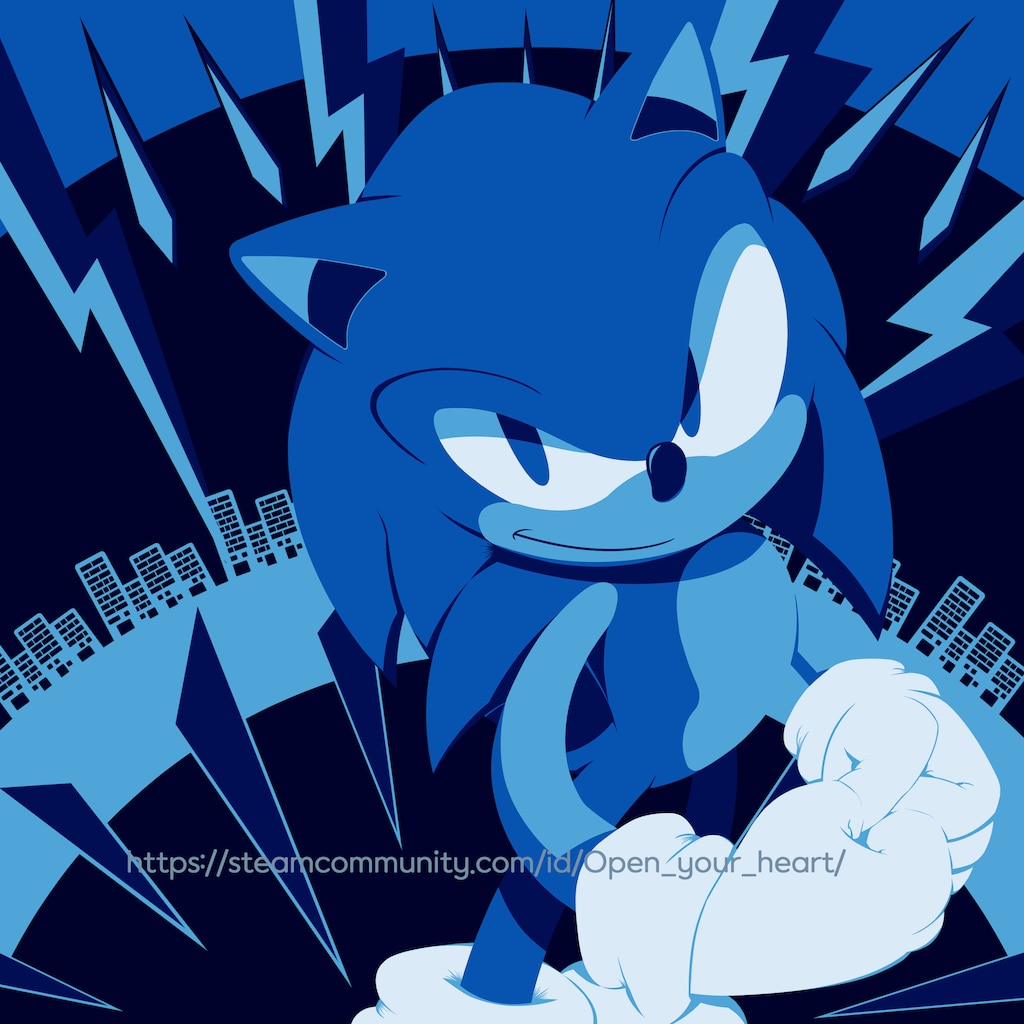 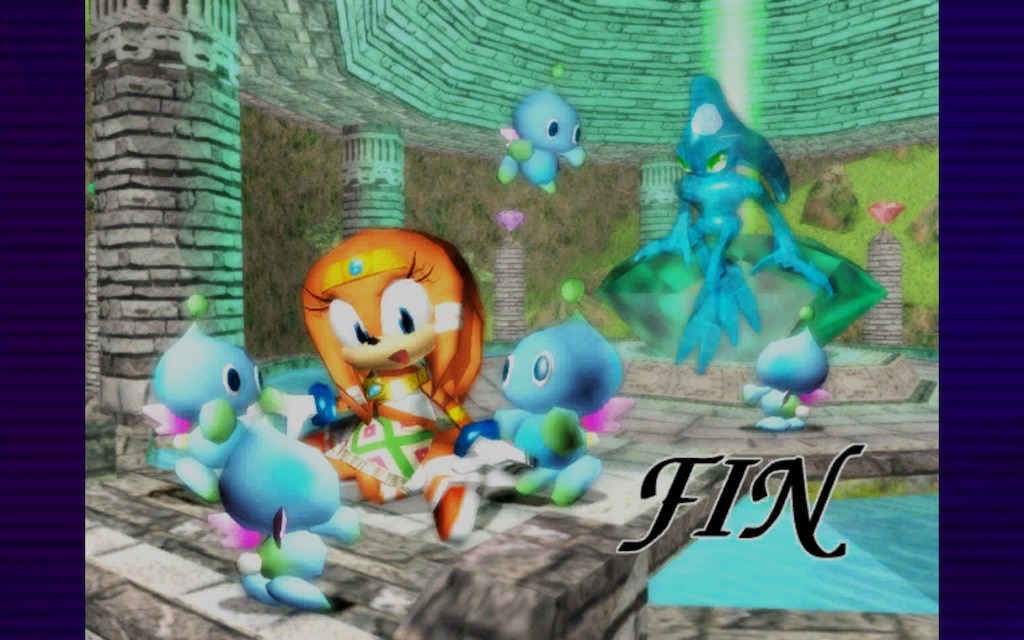 0
4
I finally beat the game 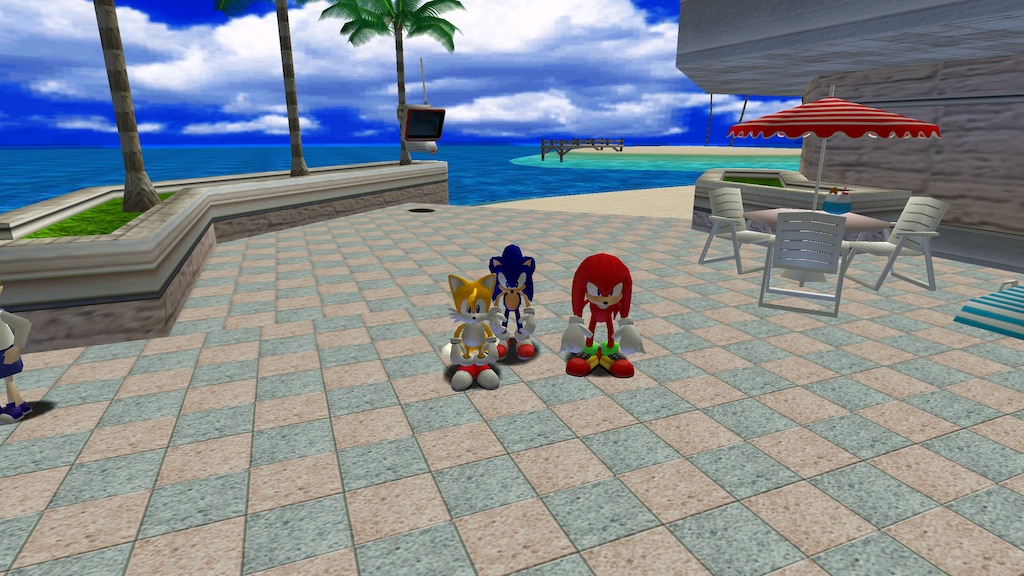 Recommended
20.6 hrs on record
wonderful game that, even if it is somewhat outdated, is still an incredibly fun time. for the best experience, download better sadx though 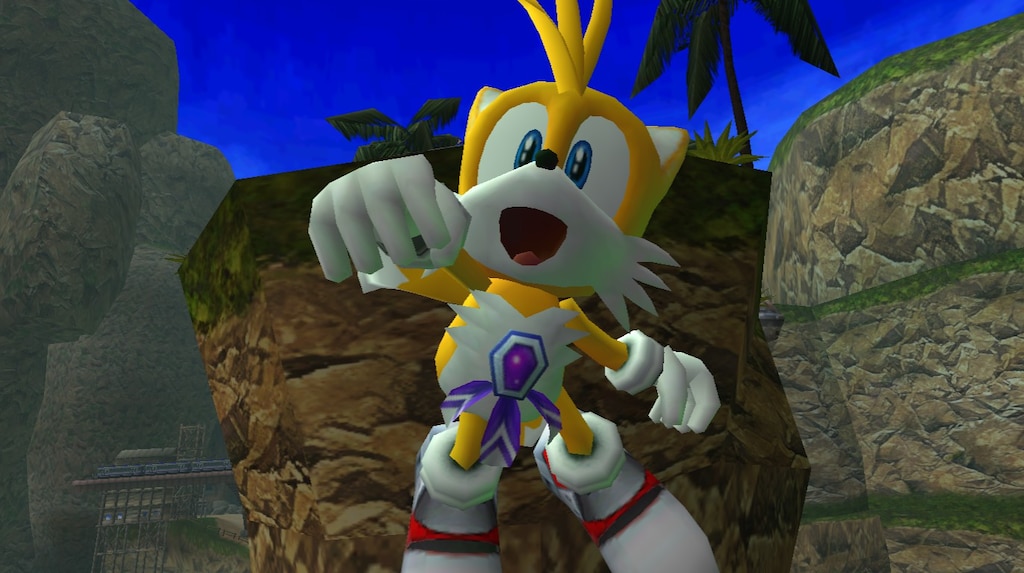 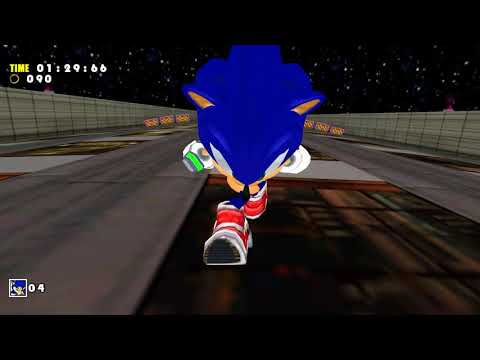 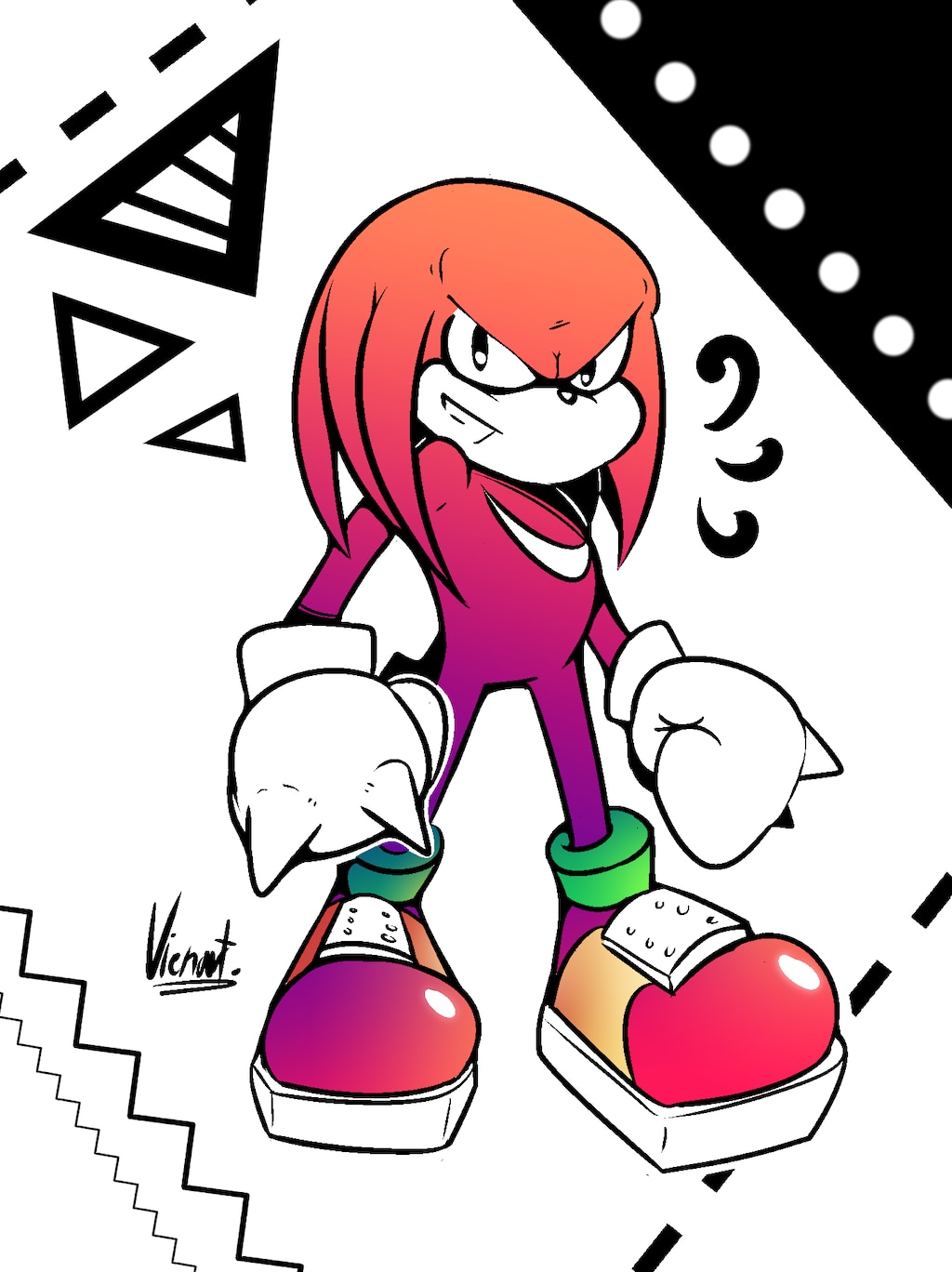 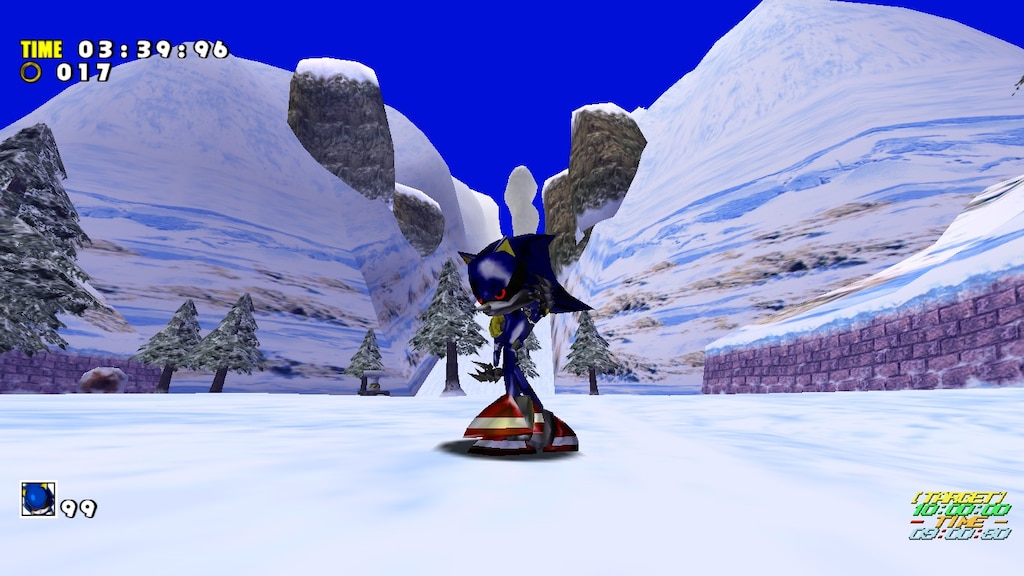 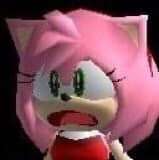 Recommended
23.3 hrs on record
This game might be one of the closest to an Open world Sonic game. IMO, the dialogue are a bit childish and the camera is very bad. Despite that, It's a really good game Recommended
5.3 hrs on record
THIS IS AN OUTRAGE WHYSONICWHYSONICWHYSONICWHYSONICWHYSONIC WHY SONIIIIIC. panting RRAAAAAAUUUUUUHGHGHGUGHG. STOP. HATING. ON. SONIC. FOR NO. REASOOOOOOON. Seriously, what the frick, guys? I mean, seriously. I hate all you frickin' Sonic haters! SONIC. IS NOT. A BAD FRANCHISE ANYMORE. panting Alright, we have all these FRICKIN' HYPOCRITES criti-criticizing Sonic for the l- for the LITTLEST OF REASONS. IT MAKES ME SO. MAD ERRRRGH.

And yet you criticize—oh, let’s bring up an example, Sonic Generations for being tisk “Too light hearted” a-a- oh! oh! “Too much 2D platforming!” Oh oh! and, that’s not all guys! Wann know why I didn’t like Sonic Generations? It’s cause it’s too childish! They need to bring Sonic back to the darker plots and they need to make him FALL IN A PILE OF GARBAGE AGAIN! RAAAAAAWWUUUHGHGHGH! NOOOOOOOOO! Nooooo! Nooo! nooo!

Sonic is at his best now! I KNOW he’s not what he used to be! The retro Sonic is better, alright? That’s why I’m called SammyClassicSonicFan, for crying out loud. Cause I like Retro Sonic better! See, Retro Sonic! But, that doesn’t mean modern Sonic is bad. SONIC IS SONIC! Why do you guys hate him for that? I mean, seriously! You can’t—You can’t continue hating him for A FEW BAD GAMES IN HISTORY!? Seriously, WHAT THE FRICK?

And, that’s not all! People say Sonic is unappealing to the eye…REALLY!? Sonic has cartoonish appeal, LOOK AT THIS! I mean, this is frickin’ adorable, you see…HOW can you go WRONG with that? Cartoonish appeal, you idiots! Seriously, WHAT THE FRICK?

And, I mean, people are saying Sonic is a Mario ripoff. NOOOOOO! And people are saying Sonic: Lost World is a Super Mario Galaxy ripoff. You see, I put papers on my desk for decoration in my videos, and of course I’ve got some Sonic: Lost World screenshots right here, but THAT’S NOT THE FRICKIN’ POINT!! Well, it kind of is actually! People are hating on Sonic: Lost World saying it’s copying off the Super Mario Galaxy. Well SONIC, as some of you may not know, has been doing—has been running on spherical objects since Sonic 1! EVER PLAYED SCRAP BRAIN ZONE? He’s been doing it since Sonic 3 & Knuckles, ever played Death Egg!? Or Carnival Night? And that’s not all, he’s been doing it since Sonic Adventure 2, and…LEAVE HIM ALONE!! LEAVE SONIC ALONE! Okay? And...

I don’t get all the hatred. Leave Sonic alone! I know Sonic isn’t what he used to be, and he probably never will be. But guess what? He’s good again! ISN’T THAT ENOUGH? rrrrrrRRRRRRRRRRAAAAWWWWWWWWWGGGGHHGHH. EEHHH. EHH. RAAAAWWWWRRRRRRrrrrrggghhhggthump thump thud RRRRRRRRRRRAAAAAAUUGHGHGH. panting LEAVE. SONIC. ALONE!

And…that’s not all! People are especially criticizing Sonic 4. YOU GUYS ARE THE ONES THAT CANCELLED SONIC 4: EPISODE 3. WHAT THE FRICK!? What was so bad about Sonic 4: Episode 1/Episode 2. I KNOW they weren’t as good as the classics! The classics were my first games, for crying out loud! I played the classics 10 years ago on Sonic Mega Collection, alright? When I was 5 years old! And…those games were stellar titles! Sonic 3 & Knuckles is the best SONIC GAME! But guess what!? That doesn’t. Mean. THE—NEWER GAMES ARE BAAAAAAAAAAAAAD. Newer games are still good! IDIOTS! I mean, seriously! And, Sonic 4. “Ooh, it didn’t have good enough physics! Oh, and the music was off. Oh! And the visuals were off! They need to be exactly like the classics..”GOAWAYGOAWAYGOAWAYGOAWAY! LEAVE. SONIC. ALONE! Alright? I know Sonic 4 was a—wasn’t exactly like the classics but THEY WERE GOING down the classic route! Alright? They were trying to appeal to you retro fans! But…you retro fans think it’s ALL ABOUT YOU. Alright? It’s NOT all about you! Sonic 4 was a great game. Even though I wish they could’ve picke—used the Retro Sonic..WHY DIDN’T THEY!?! Rrrrrrreugh...

Anyways…that doesn't matter! You guys can’t hate on Sonic like this, you can’t pick on Sonic like this! You bullies! You trolls! GO AWAY! Leave Sonic alone! panting And…I don’t get all the hatred Sonic Colors, Sonic Generations, and Sonic: Lost World. I got Sonic Colors right here…ehh..you see, HOW CAN YOU ARGUE THAT THIS IS A BAD GAME!? “Ooh, too much 2D-2D platforming.” SHUT UP! SHUUUUUUUUUTTT UUUUUUUUUP! panting LEAVE. SONIC. ALOOOOONE! Sonic is not a bad franchise anymore! ACCEPT IT! Sonic: Lost World will blow Call of Duty: Ghosts frickin’ away. Get the frick outta here! Get the frick out of here! GET THE FRICK OOOOOOOUUUUUUUTTTTT.

Alright, guys! As you all know, you see, this is what Sonic and Tails look like. You see, CARTOONISH-APPEAL. HOW CAN YOU ARGUE WITH THAT!? Rrrrugh…I mean, seriously, you call this unappealing to the eye? And all you people who criticize the Sonic games for having “Bad gameplay~ Oh, oh, and also, new lame characters, and too childish and it’s for furries!” Well GUESS WHAT I have to say to that? You all are FRICKING FRICKS!

And, I don’t care what you guys have to say about me. MAKE. FUN OF ME all you want. You can’t shoot me down with your ARROWS OF LIES! And..guess what? I am sick of this garbage…panting

How can you guys hate on Sonic, when your little Frick-Person-Shooters ARE NO BETTER!? And…I mean, seriously, “frick Sonic! Cause…Call of Duty, Halo, BioShock, oh oh, and just to name some others. Batman: Arkham Asylum…for frickin’ fricks…is so much better than Sonic! Oh oh! Sonic does not stand a chance…you know why? Cause we have NO TASTE IN GAMING!” Well here’s what I have to say to that…you. are all. SCUM! You. are all. SCUM! You are all SCUM! SCUMMMMMMMM!

And that’s not all, Sonic Haters!

And one last thing I forgot to mention in the video! You guys treat Sonic like it’s trash, but you treat games like Halo, Call of Duty, BioShock, and et cetera et cetera et cetera, like it’s treasure. WHAT THE FRICK? I mean, seriously! I mean, you call…nnngh..like, “First person shooters” as we all know, have the same ty