POSTAL 4: No Regerts is a satirical and outrageous comedic open world first person shooter and the long-awaited true sequel to what’s been fondly dubbed as "The Worst Game Ever™", POSTAL 2!
-20%
$39.99
$31.99
Visit the Store Page
Most popular community and official content for the past week.  (?)
POSTAL 4: No Regerts - Development Update
Jul 3 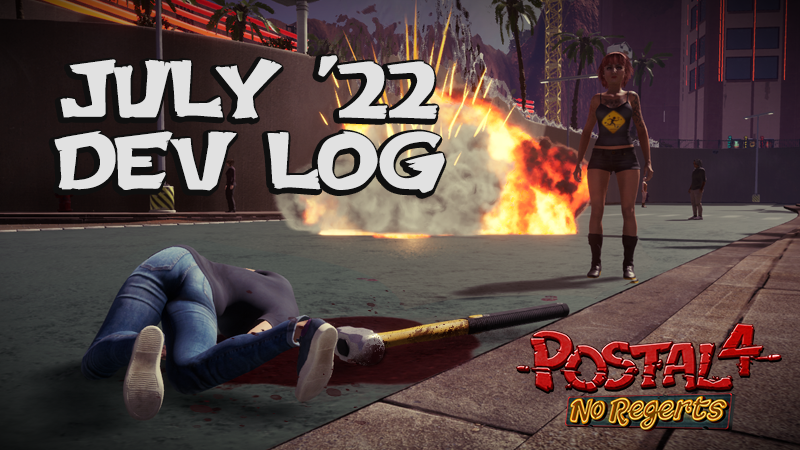 Hope you’ve all been enjoying POSTAL Brain Damaged! No doubt having finished that game - you are eagerly awaiting the next big update for POSTAL 4!

This update will take longer to get out but for good reason. Last month, Pushka - a console porting studio - joined us internally to help us get the game into better shape performance wise as we continue to add content and polish up the game. This process required us to move over to a custom version of Unreal 4.27, which meant we have to adapt the way we work. The engine change also introduced some regressions that we’re currently working on fixing. We seem to be back up to full speed now and will work towards getting a new update out, but in the meantime, here is a small slice of what you can expect from 1.0.8 when it releases!

Here are just some of the things you can expect to see in the next update:

Helicopters! Another type of reinforcements will now start spawning if you start causing major havoc. They are also destructible!

Two new weapons - The Sledgehammer and Rubber Mallet! The classic Sledgehammer is back, ready for bovine insertion, and who knows where the rubber mallet will end up… 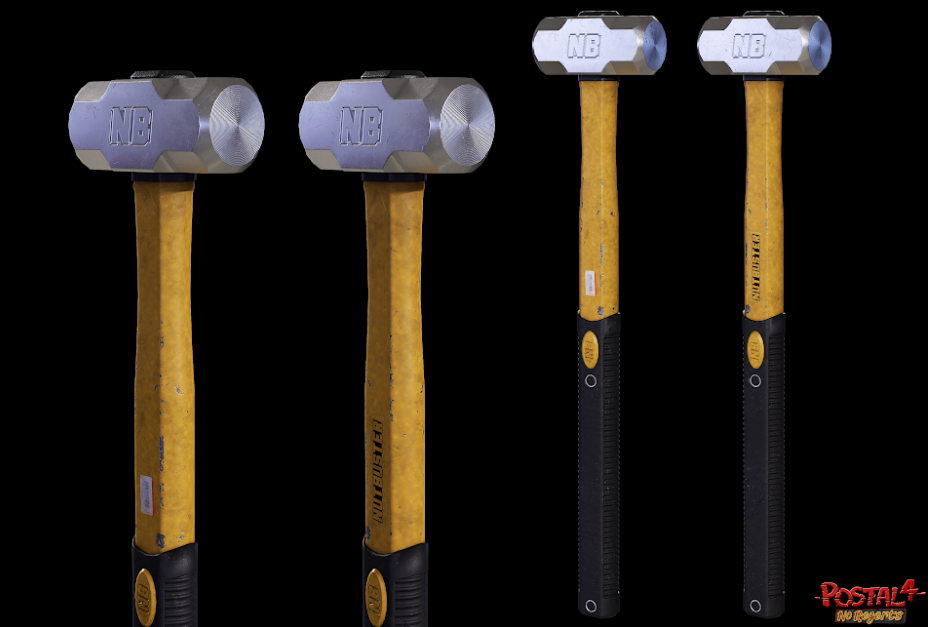 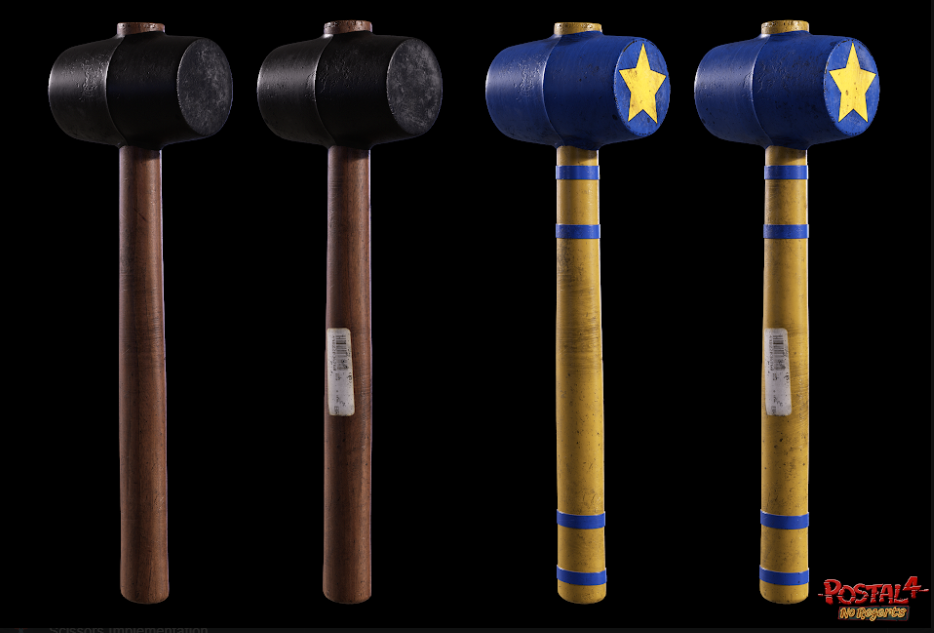 Hate Groups! A notable missing feature from P2 returns to P4! Now you’ll have to better watch your back while going about your daily business as groups that you’ve upset come after you!

Nitro Upgrade for Scooters in Scooter Stations! For an extra fee, you will be able to purchase a Nitro add-on for your scooter. You can also buy a Nitro item which is a bit more expensive but will give you an option to use it on any bystander Scooter you might have rudely stolen or just any you find laying around Edensin. The effectiveness of the Nitro itself was improved as well, you'll have more of it to burn through and it will also regenarate faster.

Dynamic animation system that controls the animations of the face depending on the sound! This will make the NPCs look less doll-like and more expressive.

Donut pickup! Just like in P2, you will be able to pee on a dropped donut and have an unfortunate NPC pick one up and eat it. Ew

Inventory upgrades! As we continue to monitor and respond to your threads on our forums, one of the most commonly mentioned things that you guys were unhappy with is the limited inventory space in P4. When the next update goes live, you will be able to purchase two types of backpacks from vending machines. One will double your inventory space and second will remove the limiation completely, so that you can hoard as many health pipes as you desire! 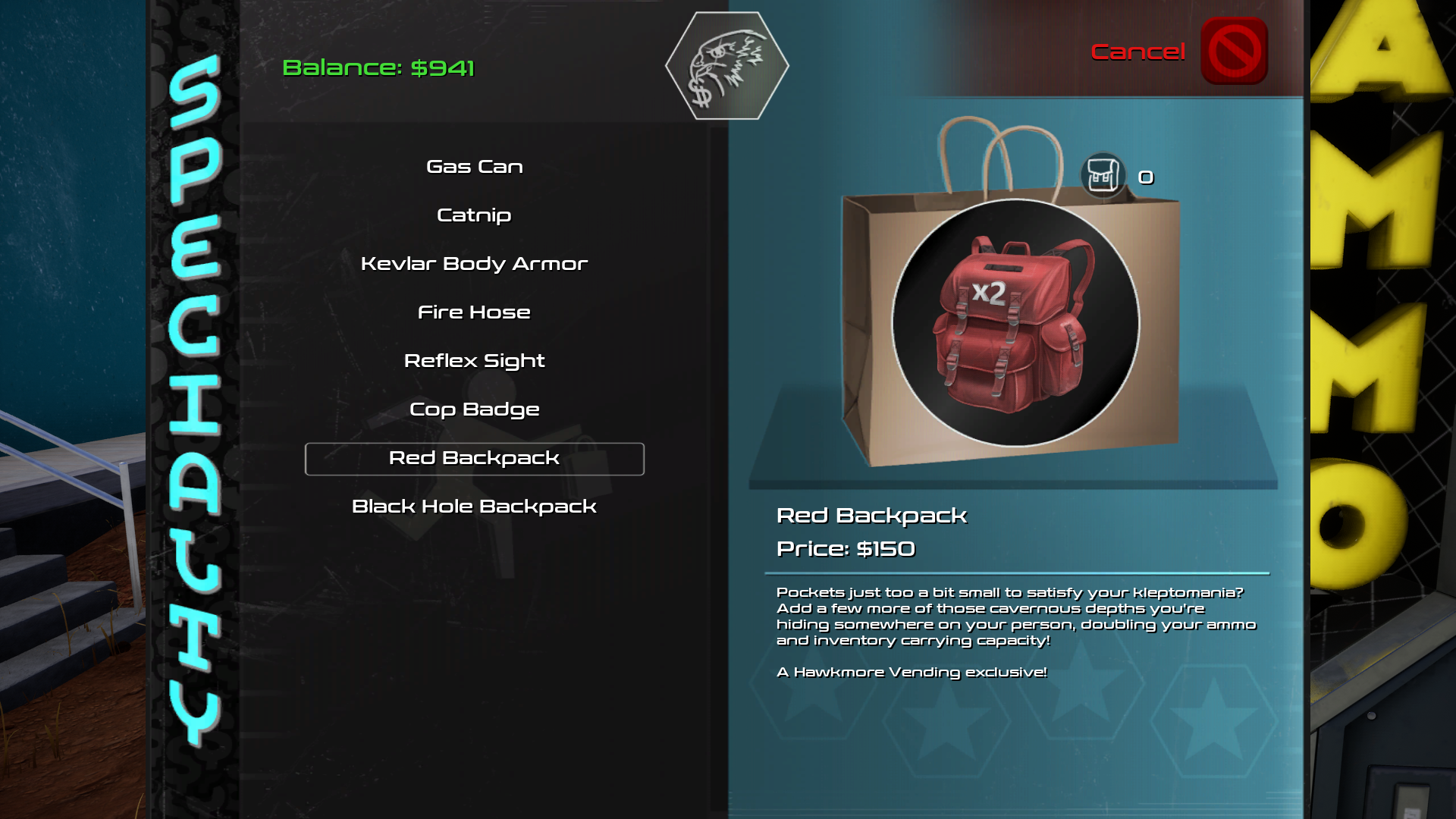 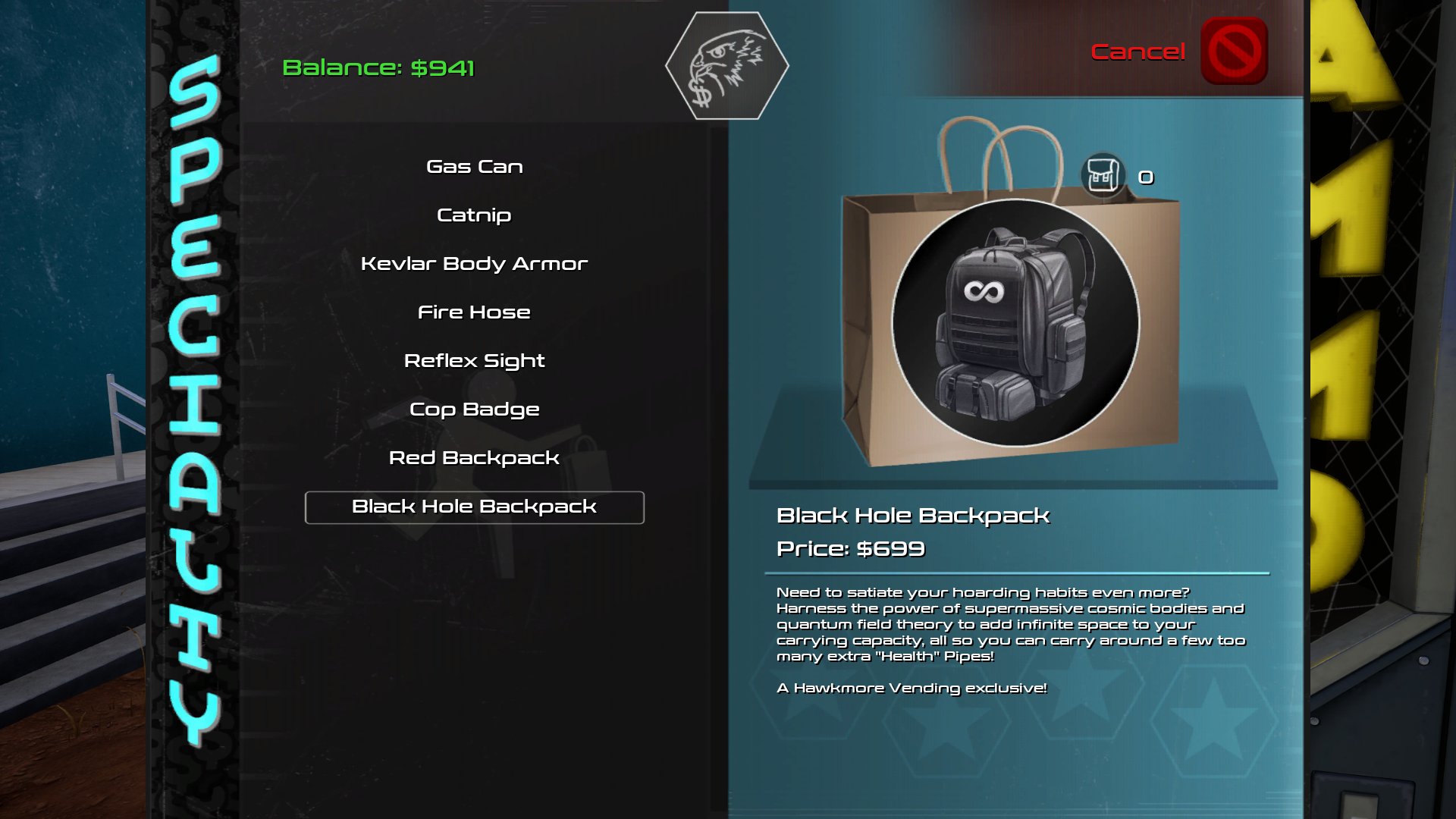 Although it might not quite make the next update, we are currently also working on a weapon which you have requested so many times, we had to bring it back. The Scissors! I don't want to ruin the surprise and tell you exactly how they are going to work, but rest assured, they will be fun to use! :) 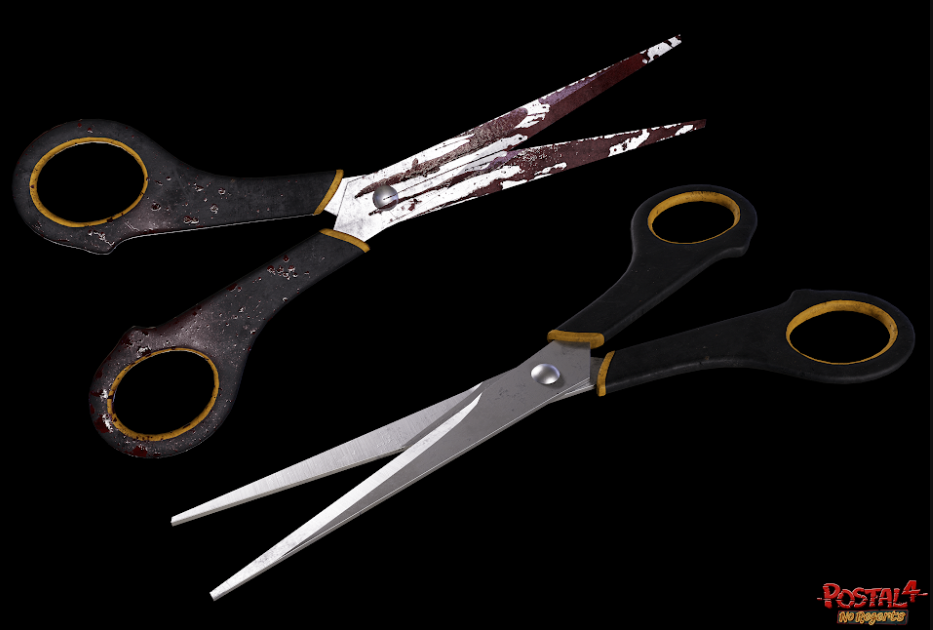 The actual changelog will be more extensive as it includes a lot of fixes, quality of life or just general improvements to the existing mechanics or errands, but we hope this dev log will make you excited for the upcoming update.

Thank you all for your continued support!

As a final note, if you didn't get a chance to pick up one of our other cool games, now's a good chance to check them out as we are taking part in Steam's Summer Sale with those amazing deals! 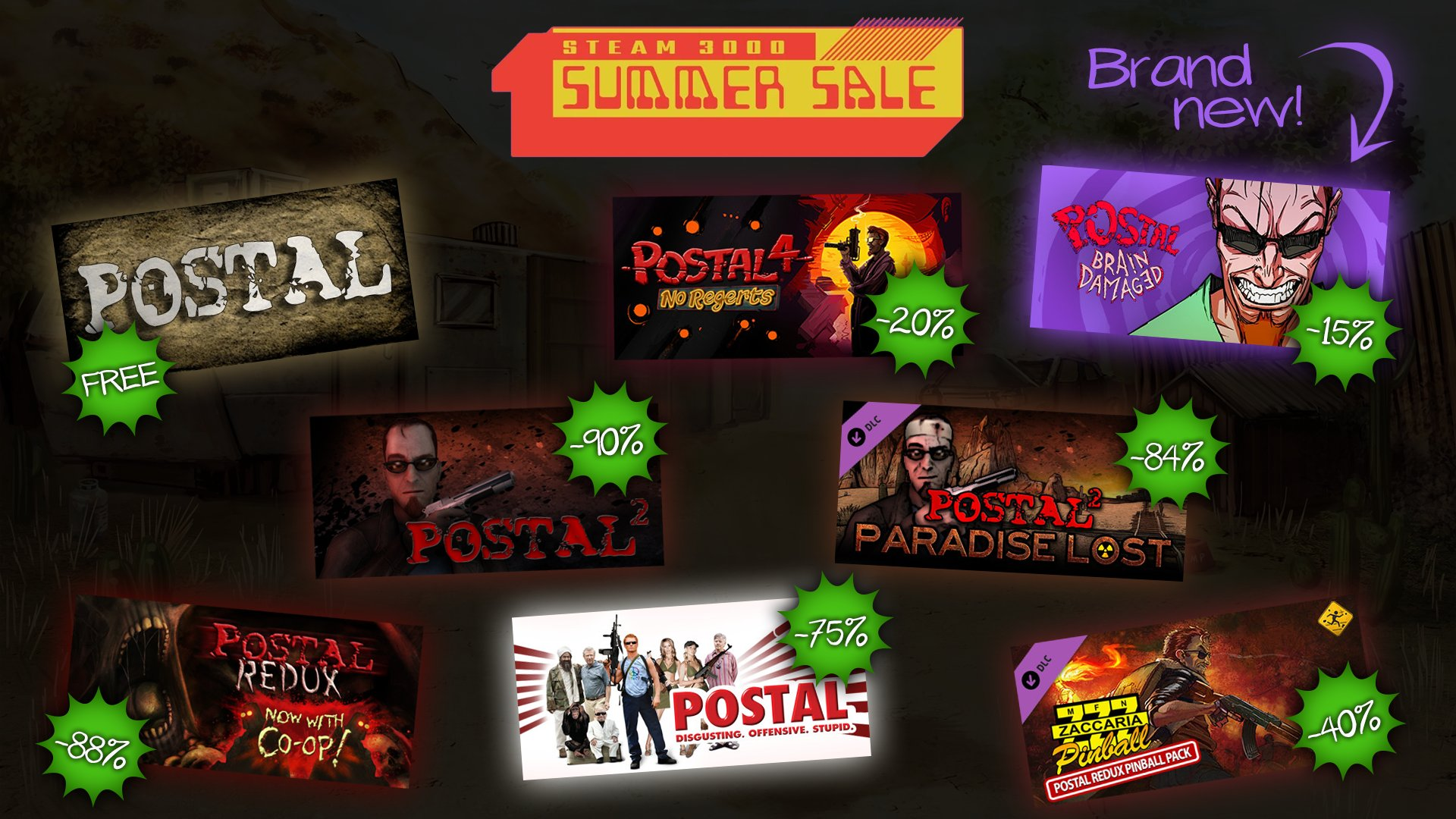 POSTAL 4: No Regerts
644
96
Works with UE4, looks like UE2 ...
... , and is hardware hungry like UE5. WTF!? The loading break feels very nostalgic, but come on, it's 2022! The game is stuttering like crap on many places. eg. The view over that parking area besides the police. And i can play other games with kms viewing ranges and tons of stuff to render. Postal 4 does not look like such a game, far not. What are you doing? If i've overseen the "♥♥♥♥♥ performance on/off" option somewhere, please abologise and tell me where to find. Thank you. ... I wonder why its on b...
11

SECRET PRISON ARMORY CODES ! (1.3.35)
This is a short Guide about the codes of the 3 different Armory of the Prison/Penitentiary.
109 ratings

Mia_
View all guides
Is it worth it?
I played Postal 2 a long time ago, and now I started again, and man, this game never gets old. I'm just heading to gas station to buy PSC, to buy Paradise lost, and I wonder, is Postal 4 worth of buying as well?
36 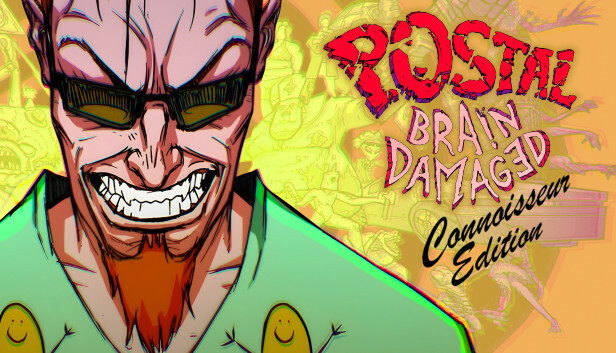 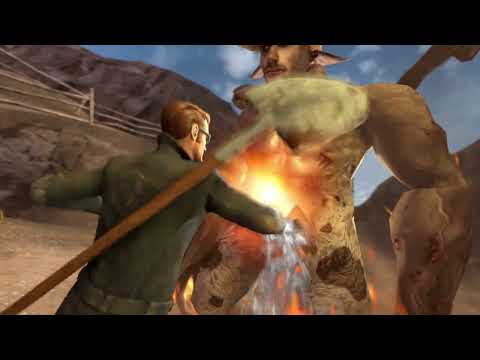 Recommended
11.2 hrs on record
a dog stole my scooter 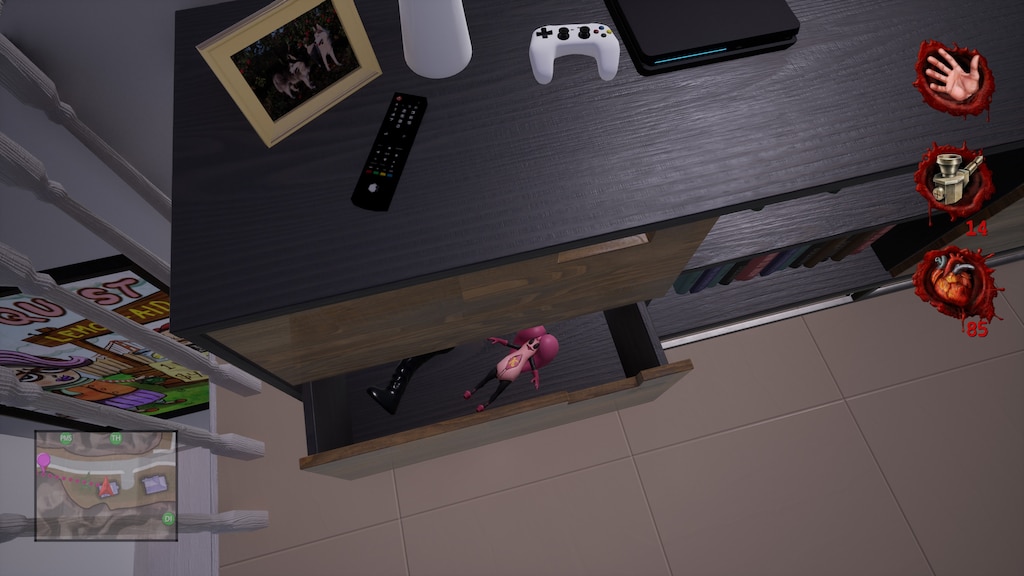 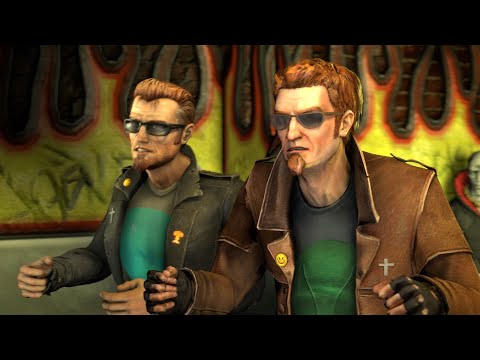 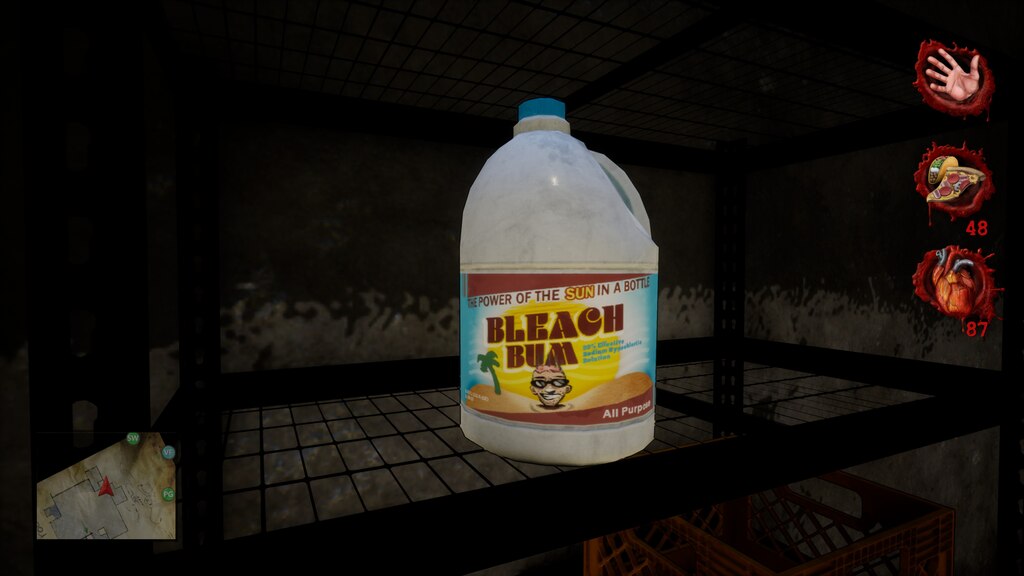 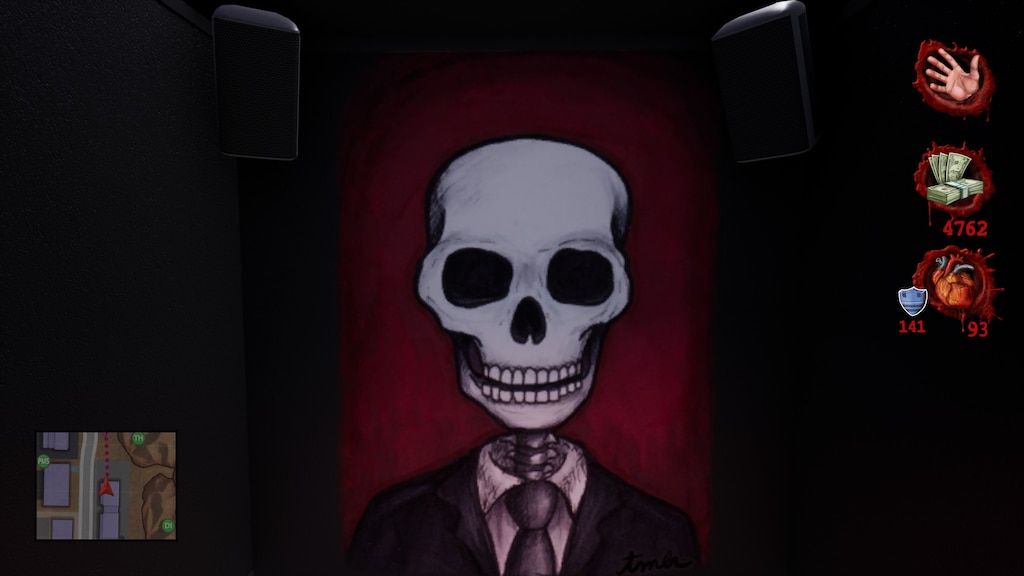 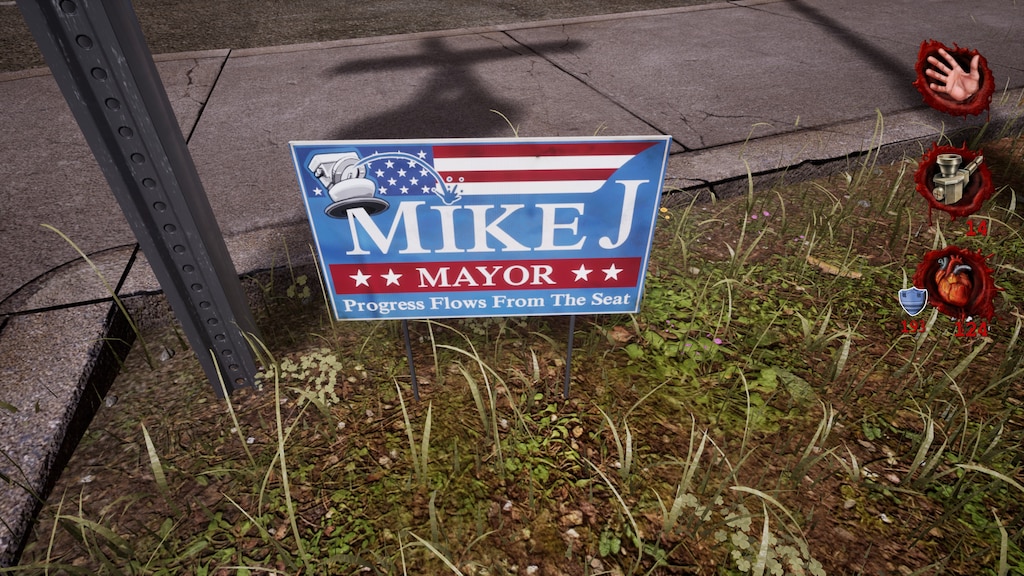 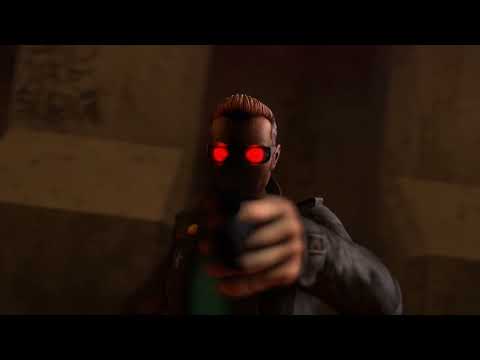 Not Recommended
9.9 hrs on record
I tried to like this game, I really did, but man oh man is it ROUGH.
Anyone looking to buy should DEFINITELY wait until some serious work is done to improve the game's performance and a myriad of other issues.

I'm seriously disappointed in RWS for calling this a "1.0 release". At least Brain Damaged is good.

Not Recommended
1.5 hrs on record
This game makes me feel like a cat in Postal 2

While we are nearing another update release, we'd like to share something cool with you! POSTAL: Brain Damaged is available on Steam! It's currently sitting at 97% positive reviews, so you know it's good! -15% discount will last until 16th of June. Check it out!

https://store.steampowered.com/app/1359980/POSTAL_Brain_Damaged/
Also available as part of our 'Buy DUDE on DUDE vol. 2' bundle!

Wild setting? Even wilder gameplay! While staying true to POSTAL’s trademark tone and humor the game plays very different to all the previous titles in the series. What you get is fast, challenging, and full of varied, meticulously designed enemies and environments. If you’re surfing the tidal wave of throwback shooters or enjoyed the latest installment of that game where you single-handily take on the forces of Hell invading Earth, you will feel right at home (even more so if your home smells really bad).

Tie Dye robe and rocket launcher Tuesday
If you haven't seen the red dresser in the Anus inn, then you probably haven't realized each day has a secret location or two. I found Tuesday's and was told to share. 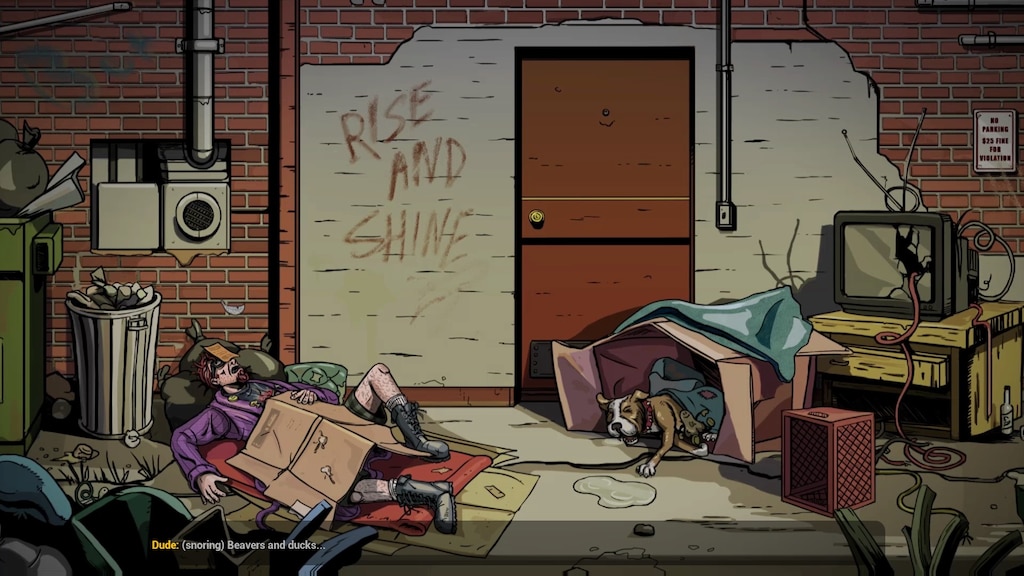 St1nger
View all guides
Thread of complaints + Dev Updates
Hey everyone. First of all, we want to thank all of you for being with us on this crazy ride. We have finally released the 1.0 version of POSTAL 4, out of Early Access. We understand some of you are not happy with the release of the game but we want to assure you we're the same company that has been supporting POSTAL 2 for all these years. POSTAL 4 will never be finished, in the sense that we won't stop supporting the game for as long as we're standing. There are so many major free updates that we want t...
146 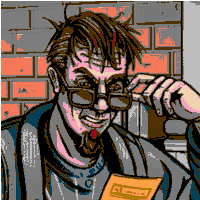 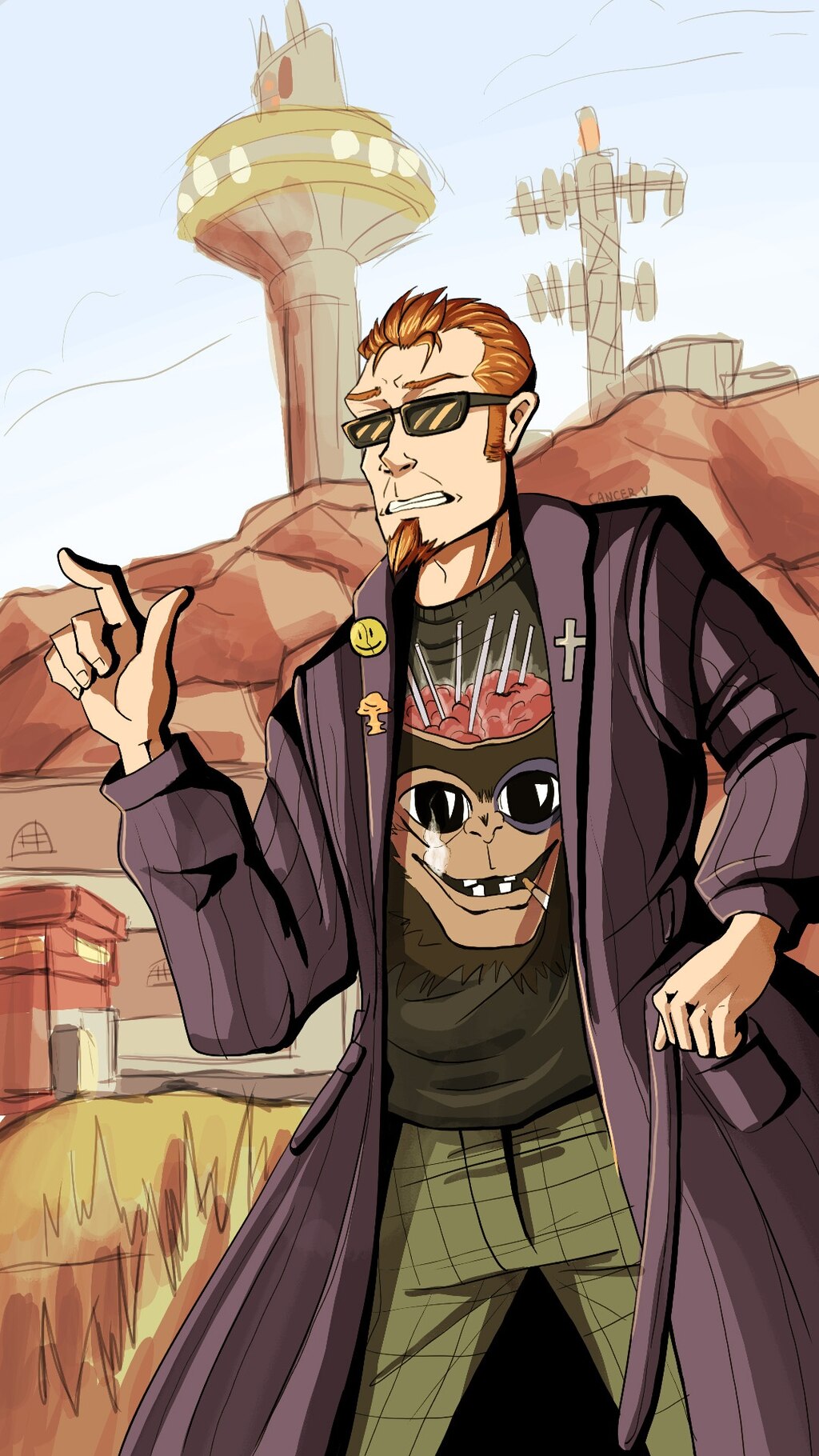 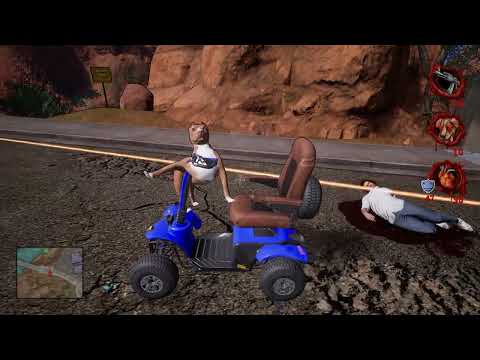 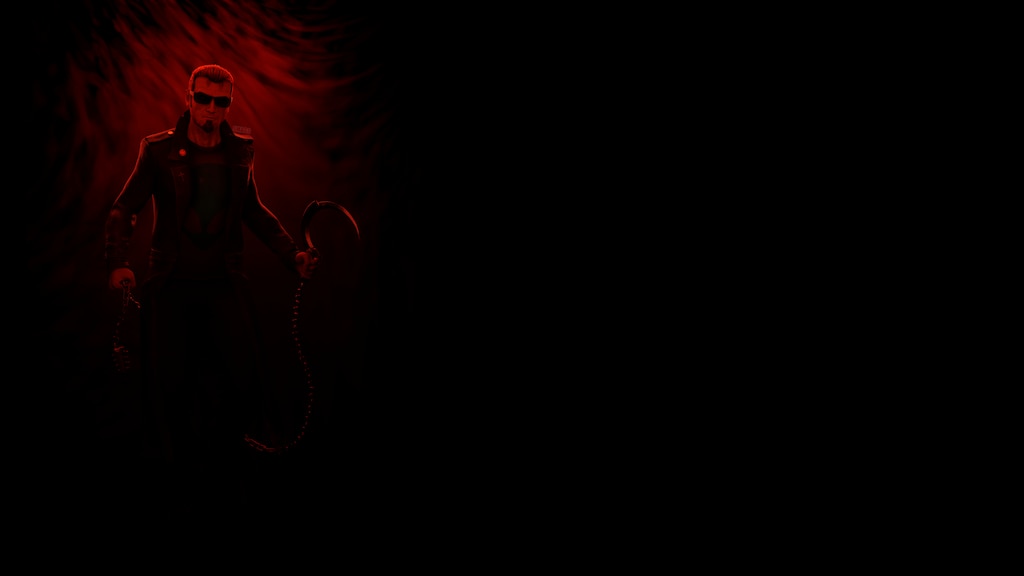 0
0
The Exterminator's Back. (Blender Remake) 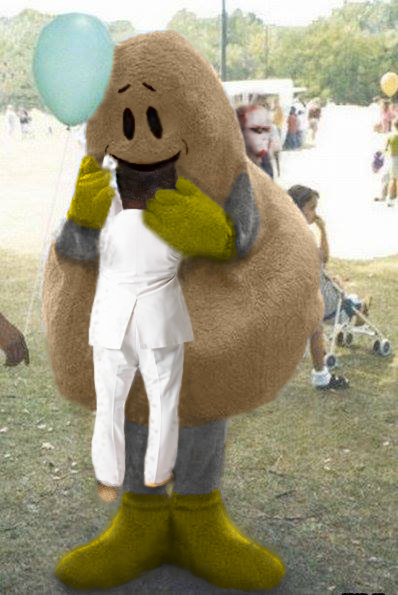 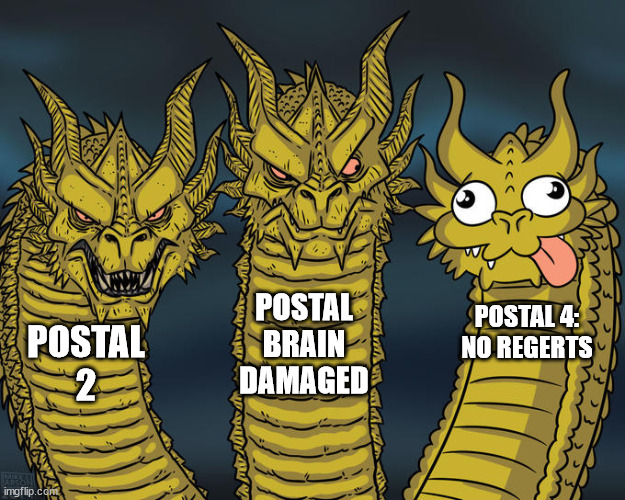 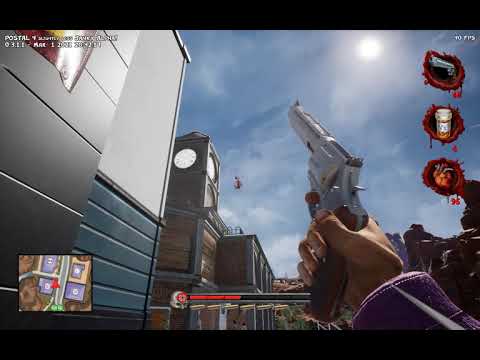 0
0
the finest skeet shooter in edensin