Welcome to 1980’s Sweden. The local population has disappeared, and hostile machines roam the streets. Explore the atmospheric open world as you attempt to survive, prepare to strike back, and start unraveling the mystery.
$24.99
Visit the Store Page
Most popular community and official content for the past week.  (?)
March Update - Hotfix
Mar 30 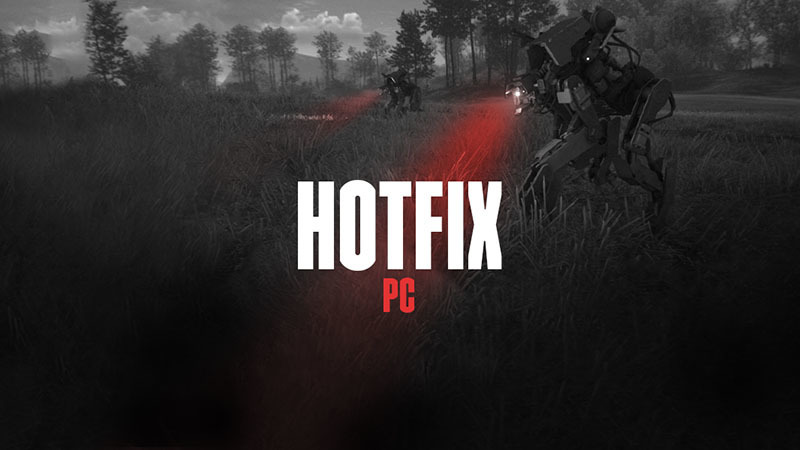 Today we're putting out a hotfix on PC for an urgent issue where Crafted Apparel stat bonuses were not saving when the game closed. We will be getting this out on PS4 and Xbox ASAP and will let you know when that happens.

We've also gotten reports of some players having issues equipping their main weapons. For now, a quick workaround can be to either drop the weapon(s) or place the weapon(s) in Storage, then pick them up again. This will work until we get a permanent solution in place. 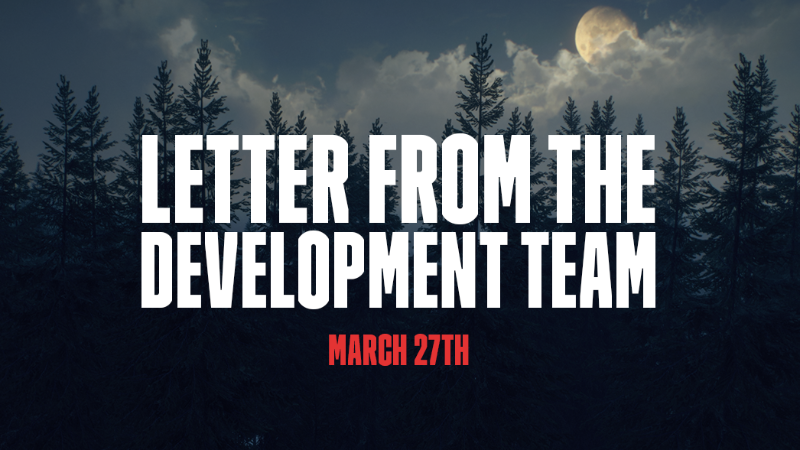 Hello everyone - It’s the end of the month and we wanted to do a quick check in now that our Anniversary Update has been live for a few days.

Your feedback to all of our changes have been overwhelming and we’re still trying to dig through everything, but we’re keeping our eyes open and our ears to the ground for even more. As you can imagine with any large update, there are a lot of good things that we hear but also some areas we can improve on. So let’s talk about those quickly!

Much of the talk around the inventory has been positive with many of you really appreciating the move away from the grid and into lists with stackable items and weight. We’ve seen tons of suggestions for how to make things even more clear alongside finding some bugs that we missed in our testing. Our aim is to evaluate these suggestions and try to roll them into our future plans, the same with bug fixes - we want this to feel smooth and understandable for you!

Our first steps into Crafting has also generated a lot of buzz and excitement, which we’re happy to see! As we mentioned in our last update, this is something we want to expand on - and while we have our own ideas, it’s great to hear what you think would make improvements to your experience in the game when it comes to this aspect. We’ve unfortunately also heard about, and found, a nasty bug where Crafted stats aren’t saving for players. This is something that we’ll be hotfixing ASAP!

And of course it warms our hearts to see lots of you taking the time to explore and appreciate all the new updates to the world that we’ve made in the Archipelago Region. We really want to make the world feel more lived in and show that it too adapts to the changes we make with the game itself.

Lastly we hope some of you are having fun trying to find the Anniversary event items we’ve snuck into the world. We’re looking forward to you pulling off some interesting tactics with the fireworks (or just throwing your own celebration party!) as well as seeing what you can do if you get your hands on the shocking new gear from the Rivals!

Oh, something to keep an eye out for - we’ll be reaching out with a survey in the coming weeks to drill deeper into your feedback on the Anniversary Update and your thoughts on the future of Generation Zero. For now, enjoy your weekend and we’ll talk again soon! 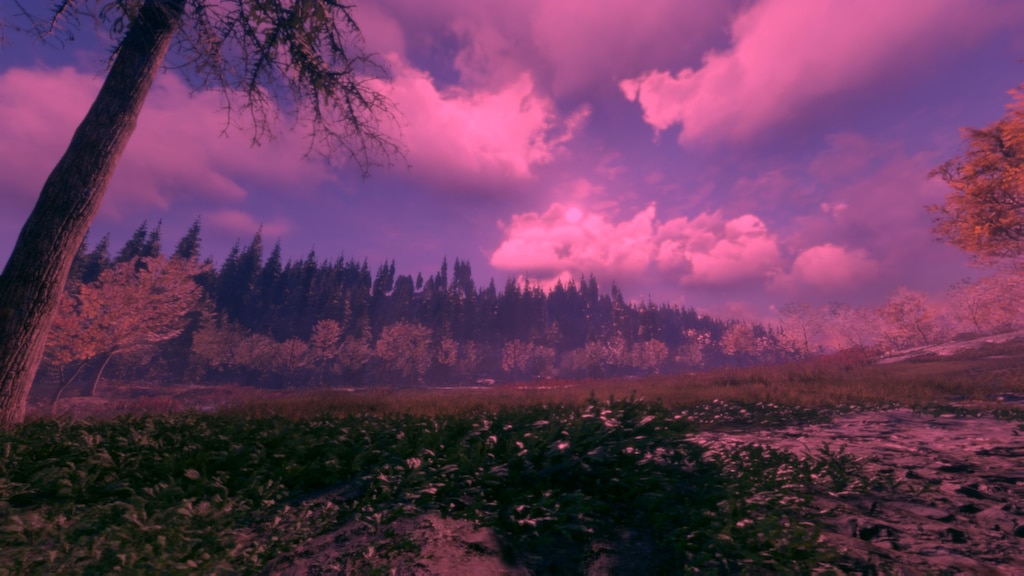 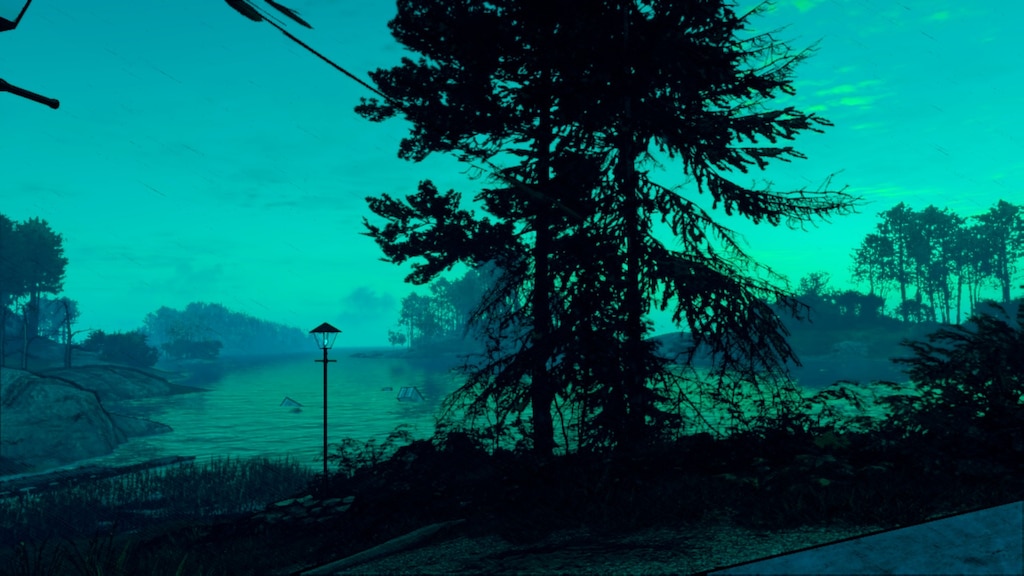 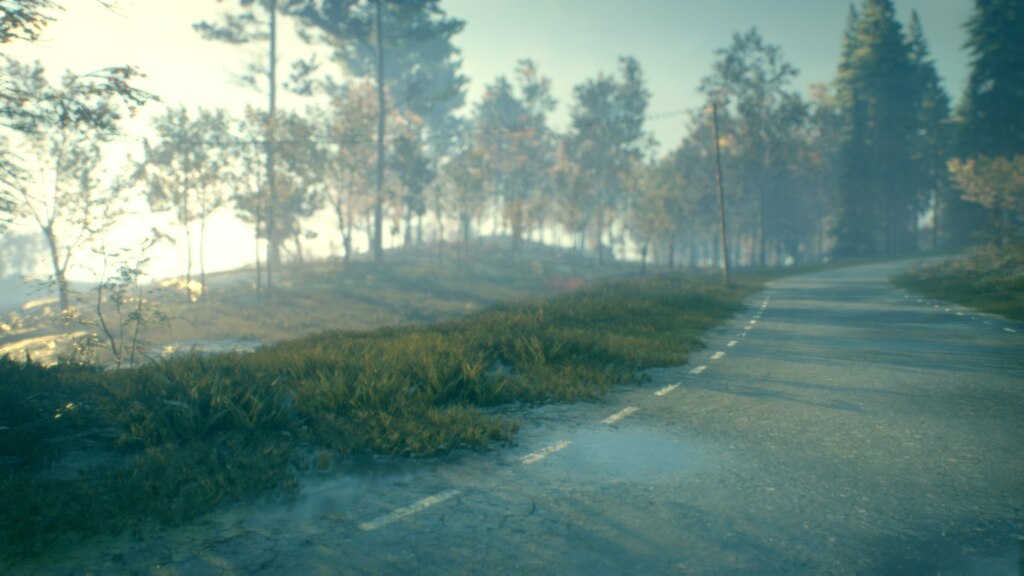 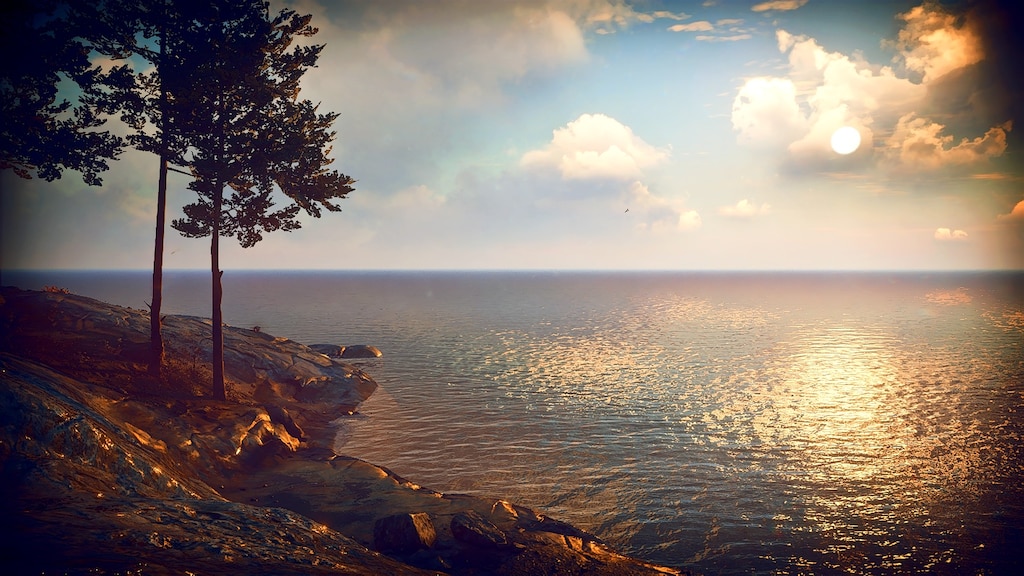 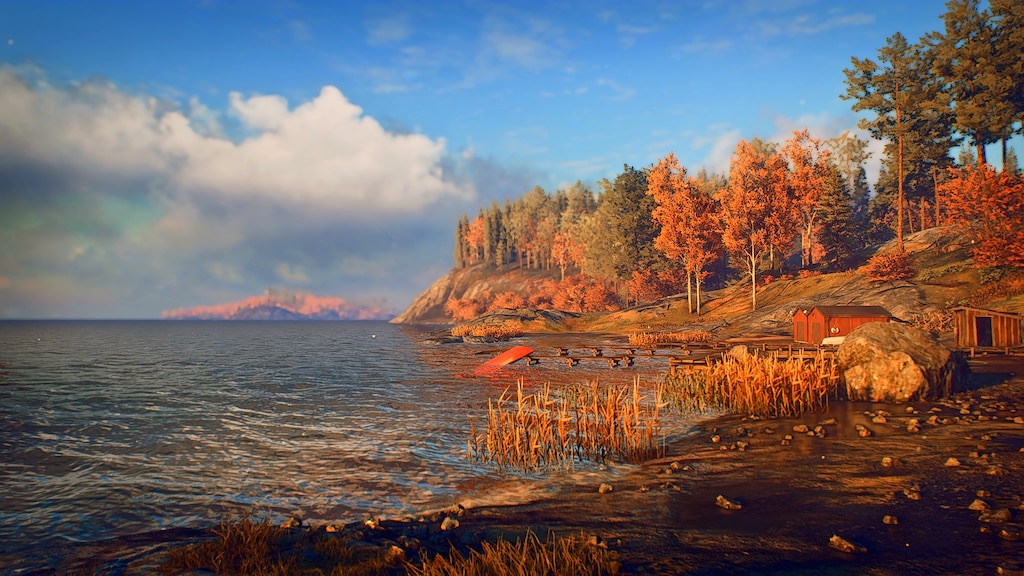 Not Recommended
2.3 hrs on record
Boring, repetitive and filled with bugs.
Textures and models unfinished.
First hour of the game, i ran into an invisible tree, then got stuck in the ground.
Worth about $7AU, not $40AU

Recommended
30.0 hrs on record
This game is worth a buy on sale for sure despite negative reviews. The graphics are very nice at 4k. Guns are easy to use. Screenshots below.
I am playing coop with my kids and we are having a blast. If you can't stand to think for a moment and smell the roses this game might not be for you.
Some people have complained that it is boring, or slow, or the maps are empty. The movement was fine for me and you can run. There are bikes and other vehicles you can ride. I only saw bikes so far.
You could say it is not heavily populated, true, but ammo and supplies are scarce so having many enemies would be kind of useless as you would run out of ammo and be stuck. And you can't hand to hand a robot.
If you have played theHunter: Primal or Call of the Wild it seems like those games with robots and RPG aspects. You gain experience and level up and get skill points.
You can freely roam and explore or go to your objective which mainly the next safe house or objective. Quests would be nice but simple objectives are fine with me as killing robots is satisfying for the soul. ;-)
There are a lot of items at your disposal to use. You can drop gas cans for instance and lure the robots to you and blast them to oblivion. Works good on the larger ones. Fireworks for fun or attention. Flares to call friends on open maps or lure robots in a group to blast to oblivion.

My rating for this is a 6/10 for lack of traditional quests. I am hoping for more content. I don't have the expansion yet but more is welcomed anyway. I will buy the expansion map once we complete the main game. 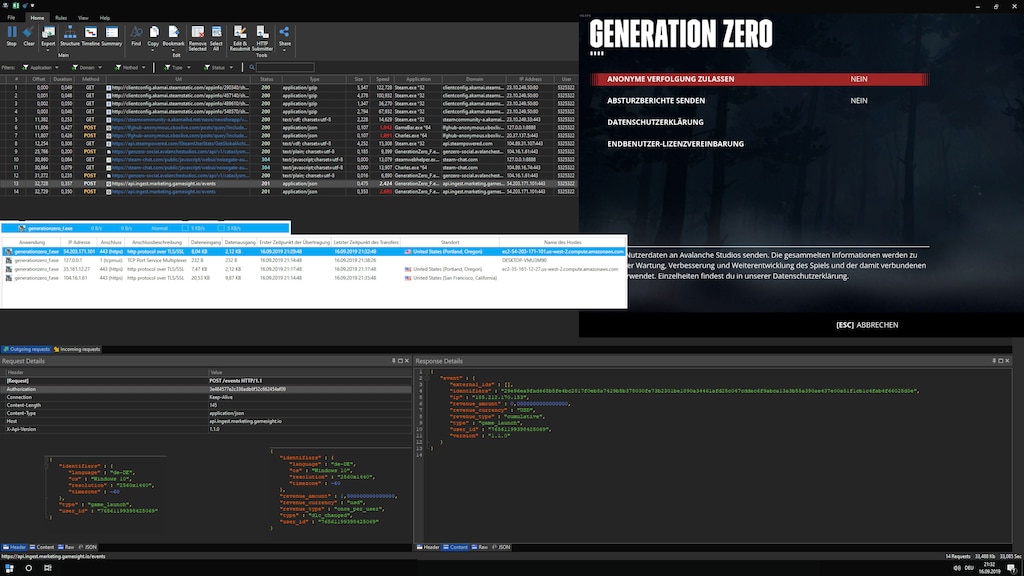 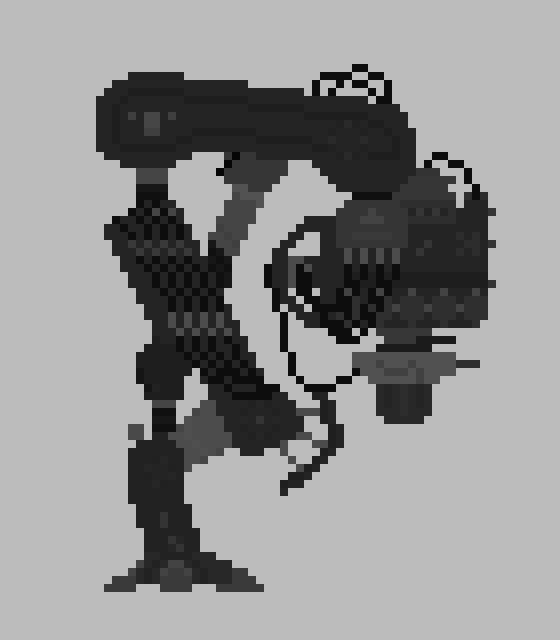 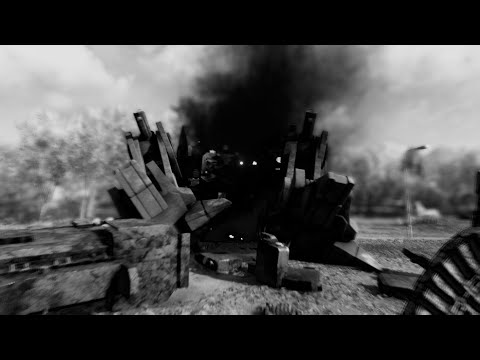 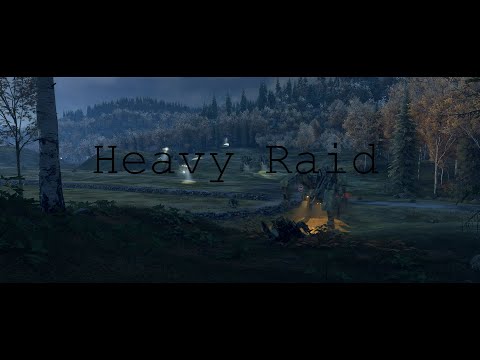 Newb Guide (Don’t Die!)
A healthy set of tips and general guidelines to help you get ahead in the cold Swedish climes. Various mechanical things in these frosty weathers want to kill you quickly and many times over! DON'T LET THEM!! WIP : I'm still finishing up th...
4 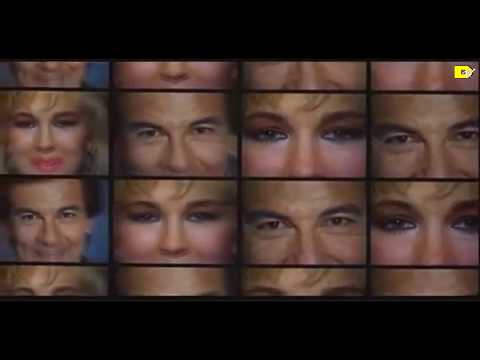 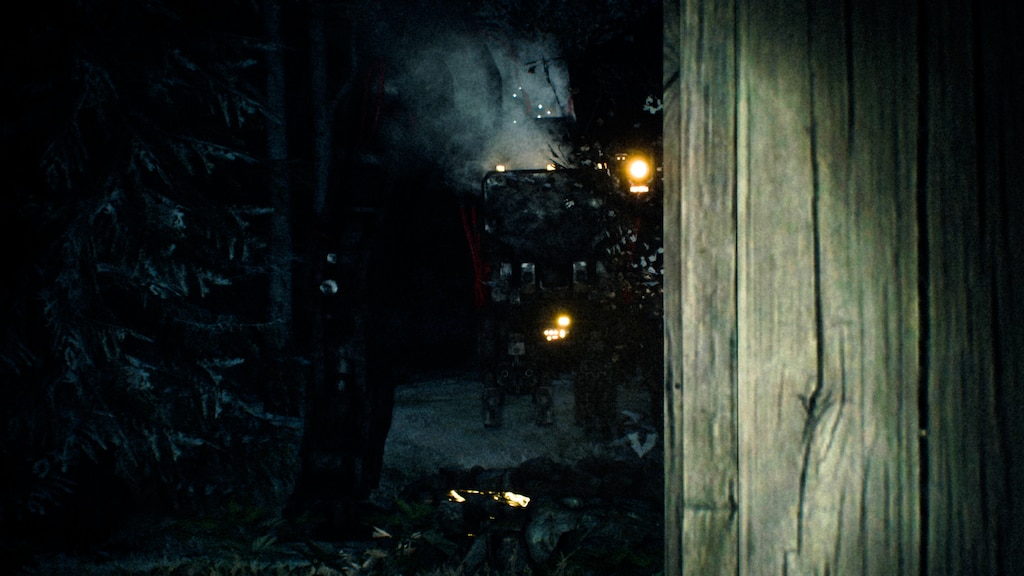 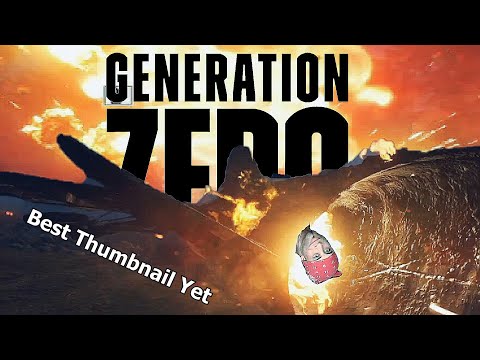 0
2
Generation Zero: One Step Closer To The Military Bunker Thingy 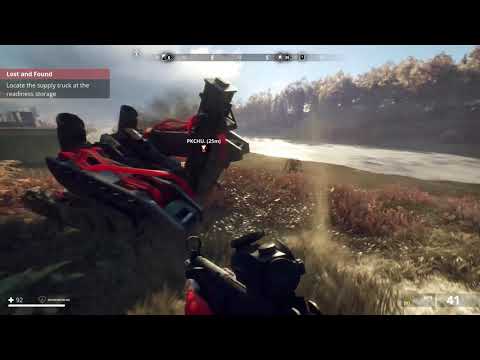 Recycling Guide
This Guide lists all materials obtained from using the recycling station.
0

Look at this lovely winter scene: a shelter amidst the snowfall. Now listen to it, because the cave is full of some horrible monsters, it seems. It’s a super brief teaser for the next game from the studio that created Generation Zero. It appears to be an FPS with a possible horror bent, given the infested cave of screeching somethings.

Гопатыч
20 minutes ago
Bug Reports
Does weapon loot is RNG ?
Hello there, Just wanted to know if the loot of rare weapons are rng or do you have to look for a guide with specific location to loot them ? Thanks :)
1

Manticora
30 minutes ago
General Discussions
Vision Modules
Hello, i used the Vision Modules a lot. But whats the deeper sense of them. The Nightvision is more worse then the darknes (glowing) and the Infra Red Vision? Ok it helps me once, after a Robot was on fire i cant see him with my Sniper Scope the Infra Re...
4

VaeliusNoctu
1 hour ago
General Discussions
fast travel
it doesn't work anymore! What caan I do?
3