Deep within the SCP Foundation during a containment breach, many of the anomalies have bypassed security and escaped from their chambers - without peaceful intentions. Become site personnel, a re-containment agent, or an anomalous entity and fight to take control of or escape the facility!
Visit the Store Page
Most popular community and official content for the past week.  (?)
Scopophobia's public beta is now open for testing
May 29
Introduction
Originally, we intended to release Scopophobia - which is Secret Laboratory's next major update - in late March. As is now obvious, however, we've missed this release timeframe by a very wide margin, and we feel it's unacceptable to withhold the update any longer after Megapatch 2's delays and missing our own promise to deliver the patch in the first quarter of the year.

As such, we're releasing 10.0 as a public beta, available now for you to play! Although this is a public beta and many things are subject to change, we've decided that, rather than delaying further, it is both fairer to our community and more helpful for ourselves to release a beta for wide-scale testing, and to address issues as they come up.

Obviously, of course, we haven't simply dumped the game onto you for you to QA test for us. We've pressed hard to make the game as stable as we can manage with our limited resources - owing to finals season and the current pandemic of COVID-19 - and we hope that although incomplete, Scopophobia's beta will be fun for everyone who plays it.

How to Access the Beta
We're releasing both the client and the server for Scopophobia's beta. As such, server owners will be able to host their own servers on the new version, while players will likely be able to access the same communities they're familiar with. Here are some instructions on how to access the beta client:

Players
We've released the server files early for this update to server owners, so if they've opted in and set up a server, you'll hopefully be able to access servers as soon as your update is downloaded.

Server Owners
Repeat the same steps as above. However, instead of SCP: Secret Laboratory, you'll be changing the branch of the SCP: Secret Laboratory Dedicated Server tool on Steam. The overall hosting process hasn't changed significantly since 9.1.3, but you may want to review your configuration files in light of the new changes.

There's a potential risk of memory leaks, which can cause servers to start lagging. We're working on fixing that, but you can temporarily prevent it by restarting the servers regularly (time intervals depend on your hardware, but performance usually stays good for at least 5 rounds).

You may also expect Northwood Staff Members and the Global Moderation to use the Remote Admin for debugging or bugfixing purposes (such us requesting server/round restarts once it gets laggy).

Beta Information
As this is a public beta, you'll be able to participate in the creation and testing of SL's next major update. However, of course, bugs are to be expected, and issues may happen. We'll be monitoring the stability of the game and trying to fix these issues as they appear. Updates to the beta branch may happen with little or no warning. Many features you find may receive significant tuning, tweaking, or even removal between now and the update's public release.

During this time, we greatly appreciate your patience, and especially your feedback. While we've already collected extensive feedback reports from our Patreon betas, this is also a sensitive time, and we'd like to perform as well as we possibly can. This is our first large-scale public beta, and although we expect to make some mistakes, we also want to learn from the experience.

As such, if you have any feedback, input, bug reports, or anything you have to say about the beta, the best place to do so is either our Steam community forums or our official Discord server, which you can find at https://discord.com/invite/scpsl. Sometime in the coming weeks, our feedback team will be releasing a community form, and this survey will be very helpful for letting us know what to prioritize. Keep us in the loop, and help us make this the best update it can be.

We don't know how long the public beta for the update will last. Chances are, we'll close the beta shortly before public release so that we can wrap up our final polish and balance passes. Or, it'll go until the public release, or it may not last long in general. We don't know! We'll be making changes as we go along, and generally doing what we can to stabilize the update and make it more fun to play.

Mini Changelog
Our complete patch notes for Scopophobia are still a work-in-progress, and we don't have time to fully translate them with our limited resources. So, as such, we've prepared a tidy list of the most significant features in the patch, which you can find below:

Conclusion
This is a unique time for all of us, not originally what we wanted to do. There are many reasons that Scopophobia has taken as long as it has, but we sincerely hope that this beta release can, in some form, make up for how long the update has taken. We're working as hard as we can to get the update into a state where we can confidently release it to the public without substantial issues we've encountered - including memory leaks, server desync, and especially networking troubles - and we want to thank you for bearing with us in a difficult time and promise to you that we'll do what we can to get the update into your hands as fast as possible.

In the meantime, enjoy the beta, let us know your thoughts, and let's make a spooky game together.

Zaki
2 hours ago
Forum Stories and Games
Any serious or tactical servers
I think stuff like guards (which usually all die and complete nothing) can be way better when you are in a more coordinated group. There is also the fact that the smarter and more tactical everyone is, the better the mind games. I just want a server where everyone isn’t a dumbass....
6 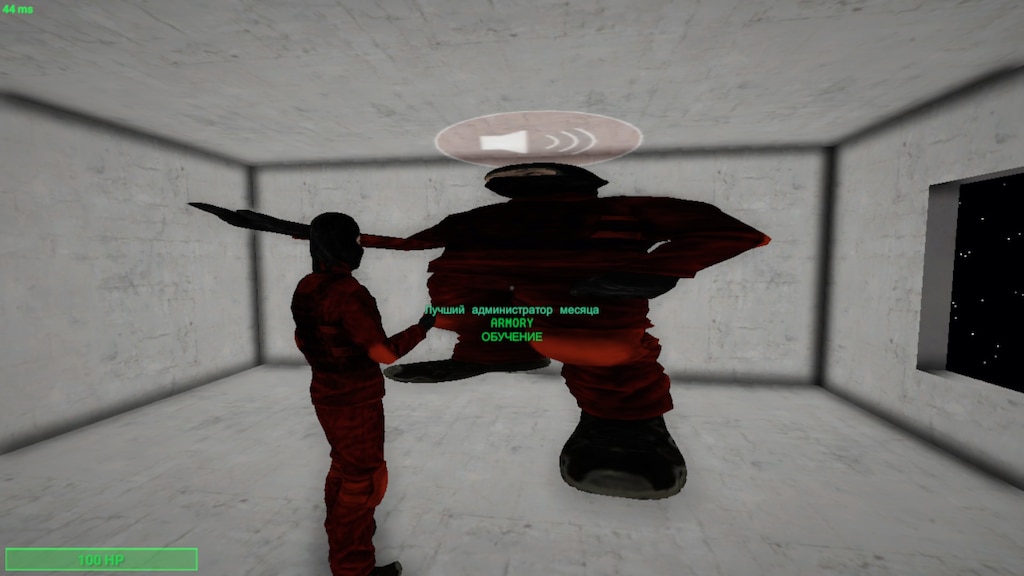 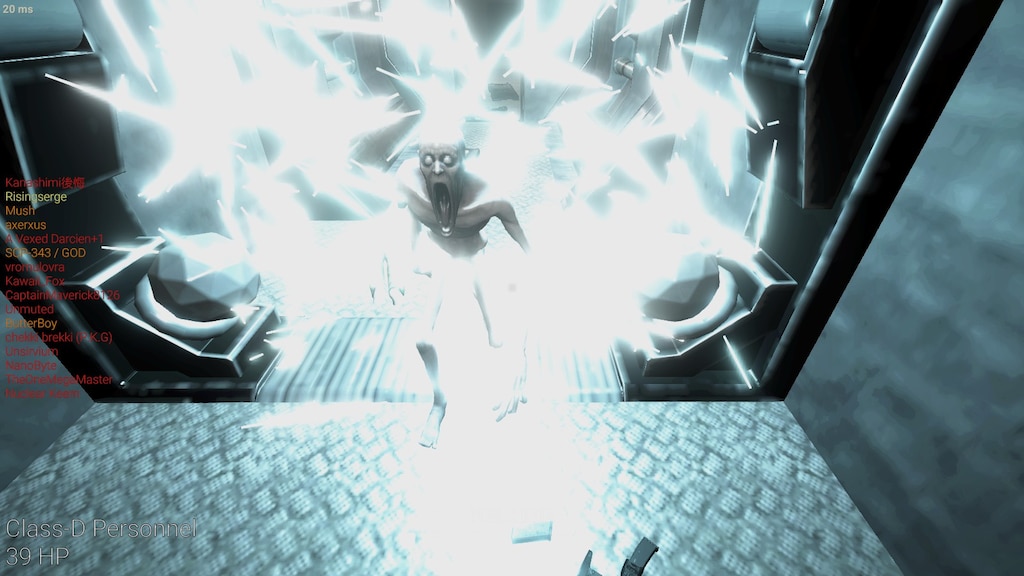 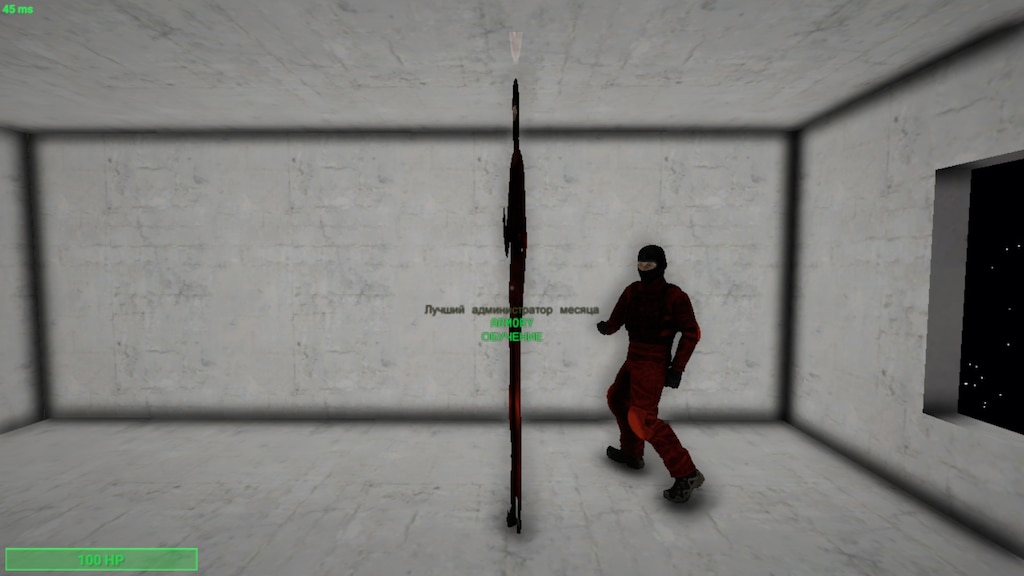 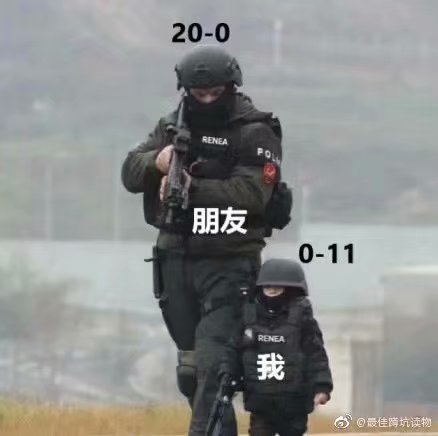 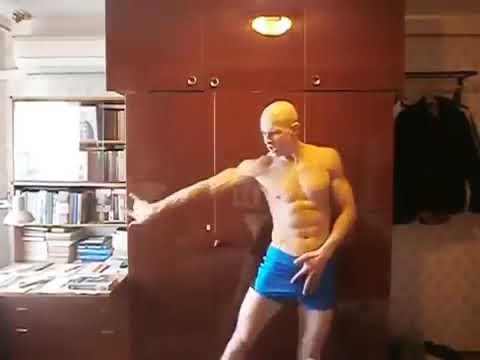 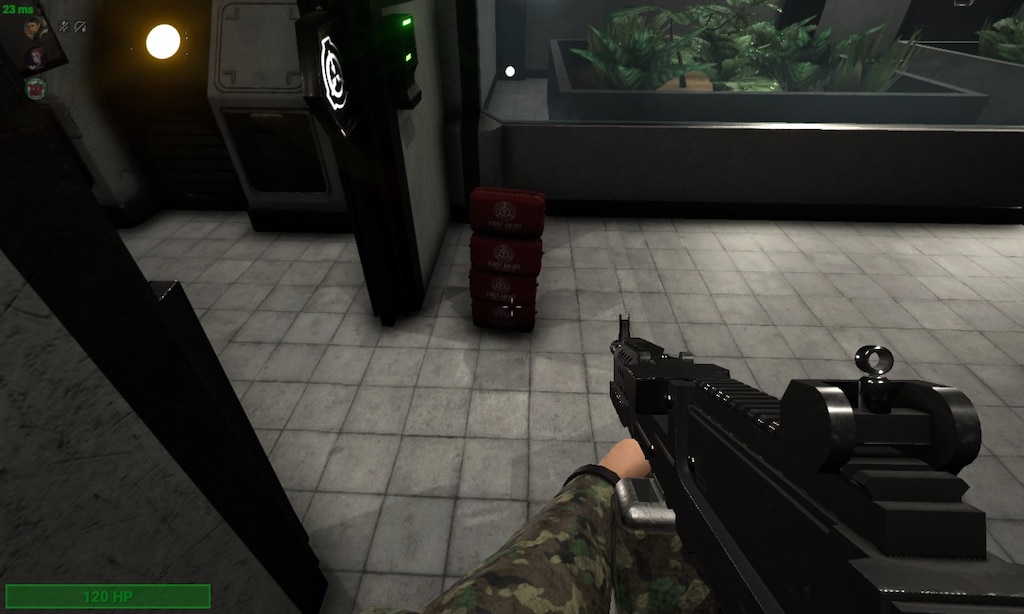 Recommended
5.9 hrs on record
there was a 1tb drive of childpor n in the intercom room 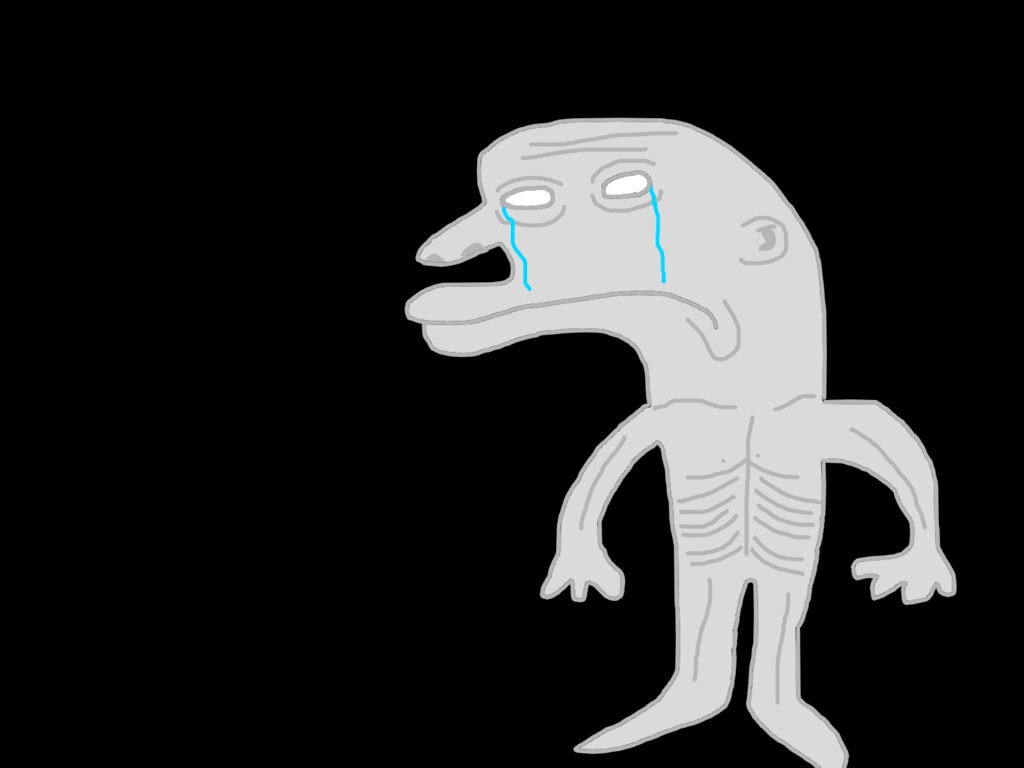 Recommended
18.5 hrs on record
Great game. Best if you just use in game vc. There are toxic players though. Its really not very tense when everyone takes it as a joke, but if theres fewer players (like when you're on a private server) it can get seriously stressful. Never thought I'd like it, turns out I love it

Recommended
37.6 hrs on record
Turns out I scream in stressful situations 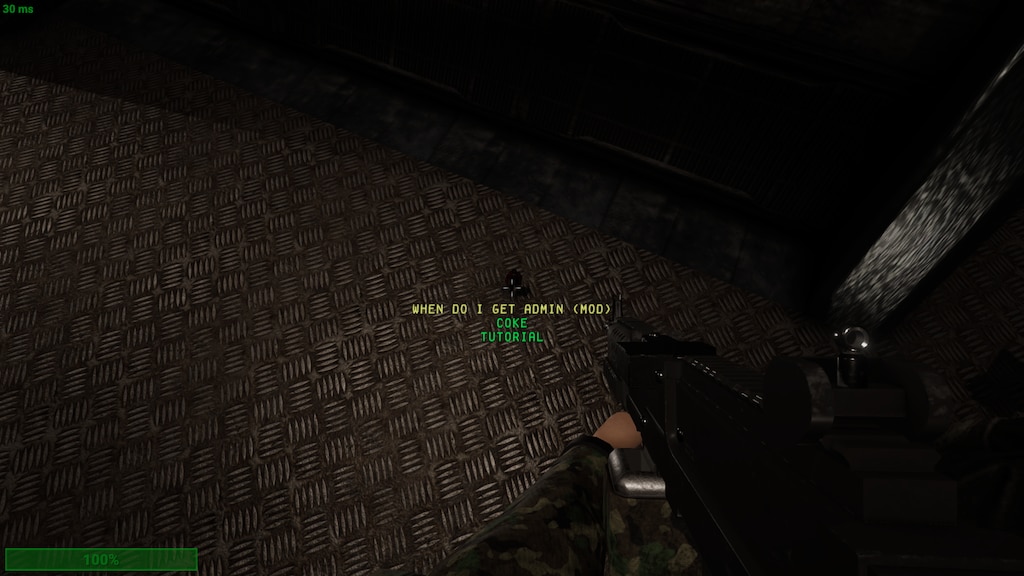 How to defeat SCP-096 (Scopophobia Update)
A lot of people have been struggling with SCP-096 since it has been reworked in the last update. BUT! FEAR NO MORE!

In-depth guide on how to defeat SCP-173
This guide will teach you both possible ways to defeat the peanut shaped statue known as SCP-173. 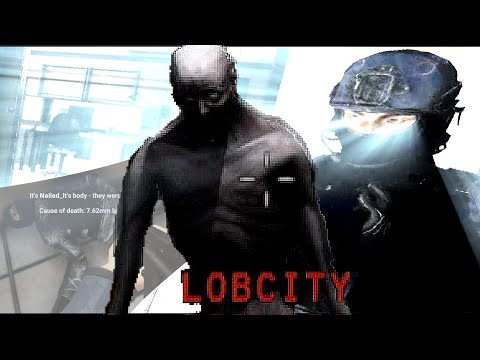 0
1
This Video Will Be Demonetized: SCP: Secret Labs Speed Run 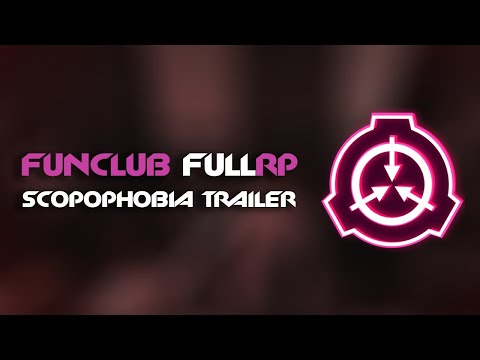 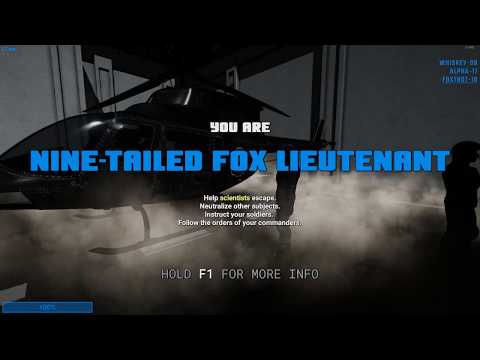 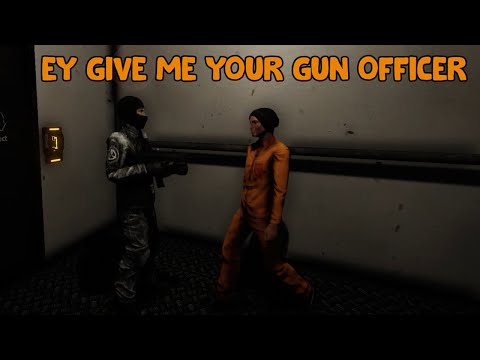 Mad Gibbles
View videos
LAN server
i want to play with a friend of mine with a LAN server but if he types in the IP adress that is in the cheat menu then he joins a other random server.
19

DJ_DONNETJE
14 hours ago
Support
facility guard sucks
this role is absolute ♥♥♥♥♥♥♥ 1.u rely on luck for the maps to not be ♥♥♥♥ed and hopefully scps wont find u and good luck because thats 70% of the time 2.it takes 1 scp to camp on the entreace nearly ♥♥♥♥ing u for the entire game 3.going to light early on is nearly suicidal with 15+ players on server since most scps are there not only that d boys are also a threat 4.u could been something better and have much more fun with it 5. since everything is dangerious ur basicly just suicidal role + if the ma...
87

Unholy
Jul 13 @ 12:24pm
General Discussions
079 sucks
It's just boring, half the time you barely see anyone and when you do the interface is hard to use so by the time you switch to the room they were in they are like a mile away
22

that was a delicious keycard
13 hours ago
General Discussions
Scopophobia public beta announcement!
May 19
Hello, everyone!

We are aware that you all have been patiently waiting for the Scopophobia update, and that we have missed our original estimate for its release by quite a long shot.

This is ultimately our fault, and we want to open by apologizing for the situation. We majorly underestimated both the problems that would occur as a result of the update and how long they would take to fix. What's important to know, however, the beta is playable, but very unstable if the servers are running for a couple rounds without a restart.

Going forward, we will be working to regularly update as development progresses and problems are solved. We are doing our best to get the Scopophobia update out to you as soon as possible, and are prioritizing it over all other projects.

We thank you all for hanging in there with us despite the delays — we couldn't do this without your support.

On May 29th, if we are not ready for public release, we will be releasing Scopophobia (Version 10.0) as a public beta on a separate branch. This allows you to play the content promised, while we iron out the problems. We thank you for your patience and hope to see you all in the public beta.