Hitler’s hordes are back for more in this spine-chilling shooter from the makers of Sniper Elite 4! Abominable occult enemies, epic weapons and a harrowing new campaign for 1-4 players await in 1940s Europe, as you fight to save humankind from undead Armageddon!
$49.99
Visit the Store Page
Most popular community and official content for the past week.  (?)
heart kill on commander for weapon upgrade
can someone instruct me on how to heart kill the commanders for the weapon upgrade??? i can't seems to kill them and get the point. most shot mainly just knock them down then they revive abit latter. stomping them or instant killing them also don't seems to work unless i am missing something....
3

Zeit Eis
Jan 30 @ 8:03am
General Discussions
Best weapons?
I've taken to using the Carbine, Shotgun, and 1911 myself. Anyone have any better ideas?
7

Zombie Farming Locations
This guide is an evolving list of the most efficient farming methods for each type of zombie. Since many of these farming location have a variety of zombies you will be able to work on multiple weapon upgrades during each run. Please feel free to share you...
119 ratings

ZA4 Weapon Mastery
A little guide to help you know what weapons are easiest to master for you so you can use your upgrades wisely. This will help with the 2 weapon mastery achievements Weapons Expert and I can do anything I want, I got guns!.
64 ratings Tips & Tricks For New Players
Here are some tips & tricks that may not be obvious for newer players to make zombie killing more enjoyable. This guide is meant to assist you after learning the basics. This should give you the extra edge you need to dominate the zombie hordes! Feel free ...
42 ratings 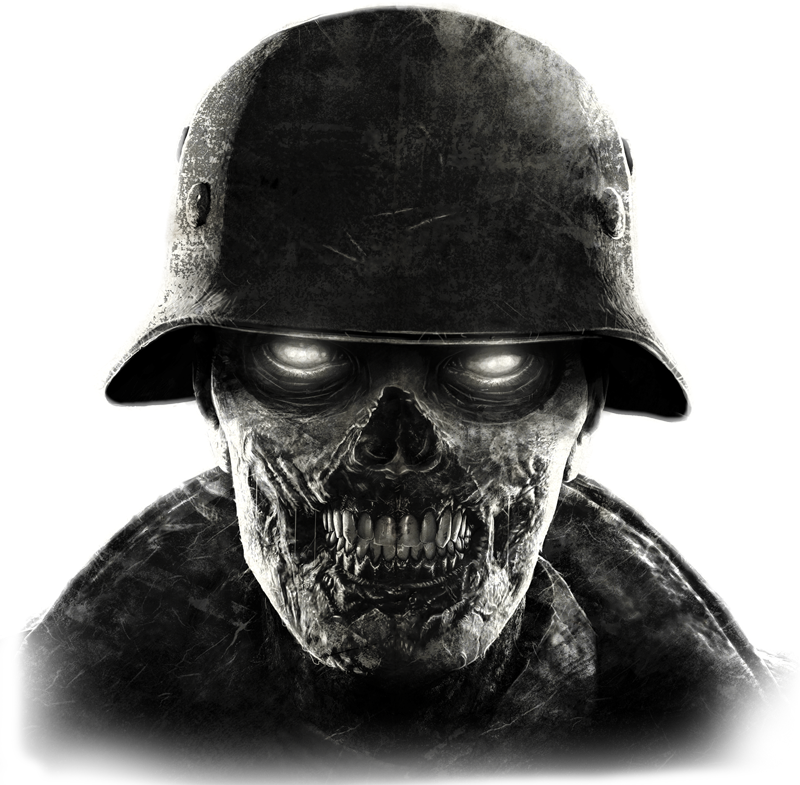 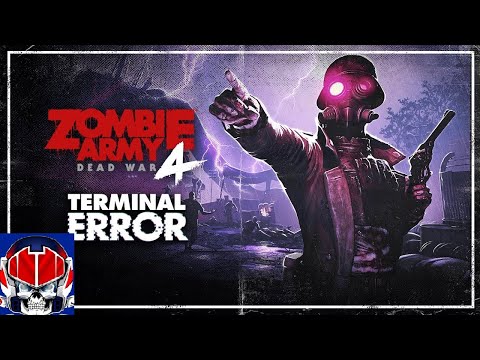 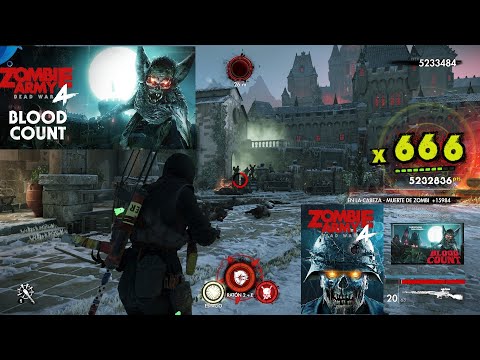 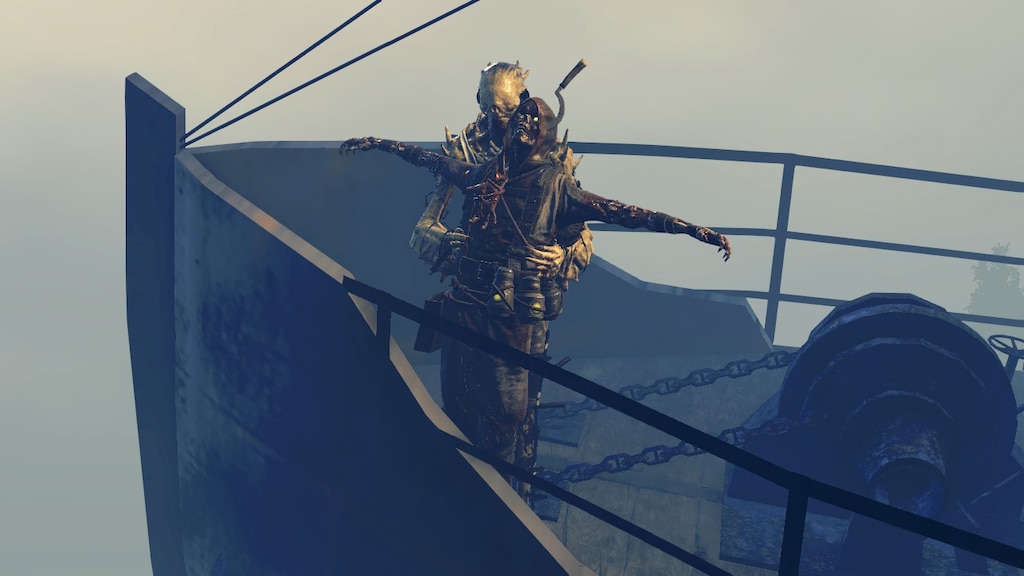 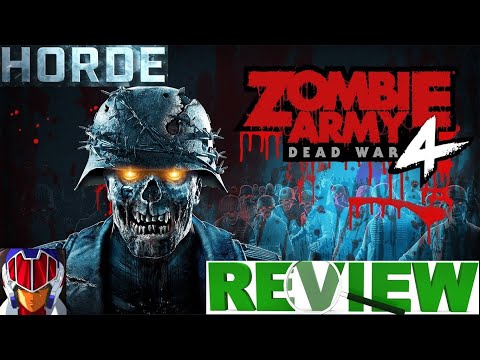 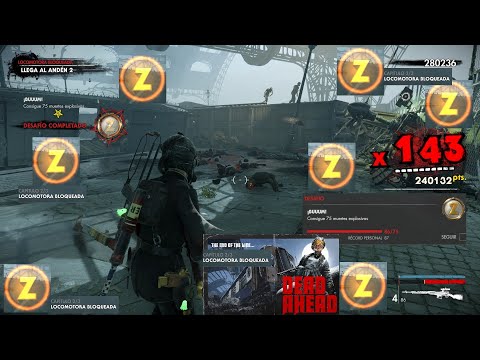 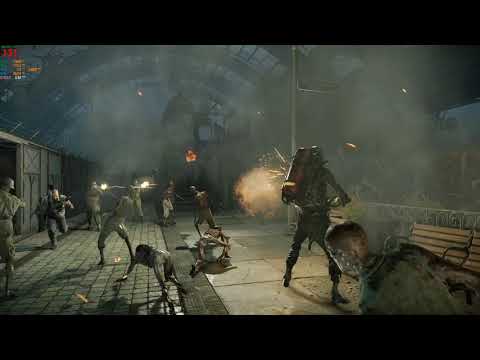 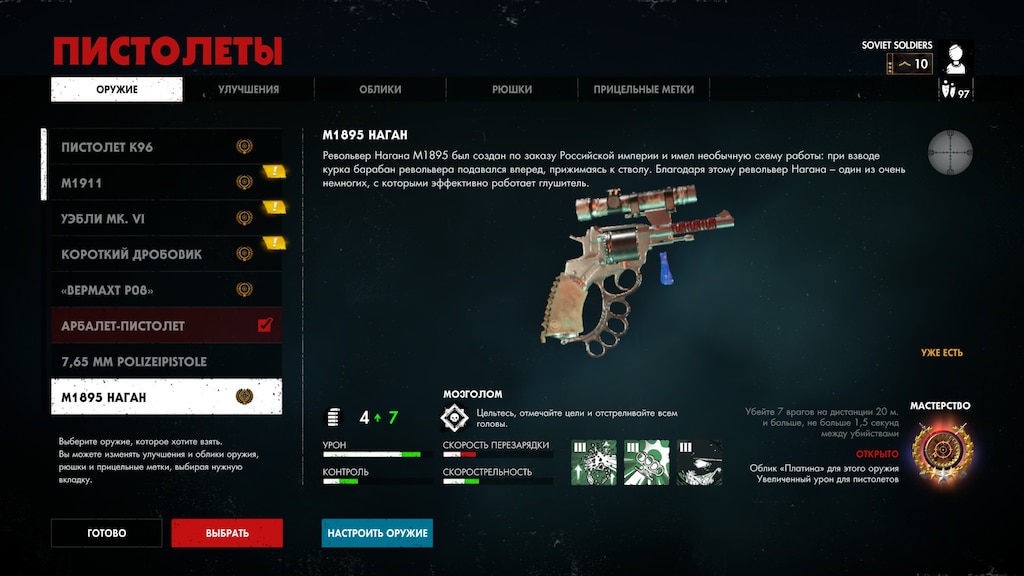 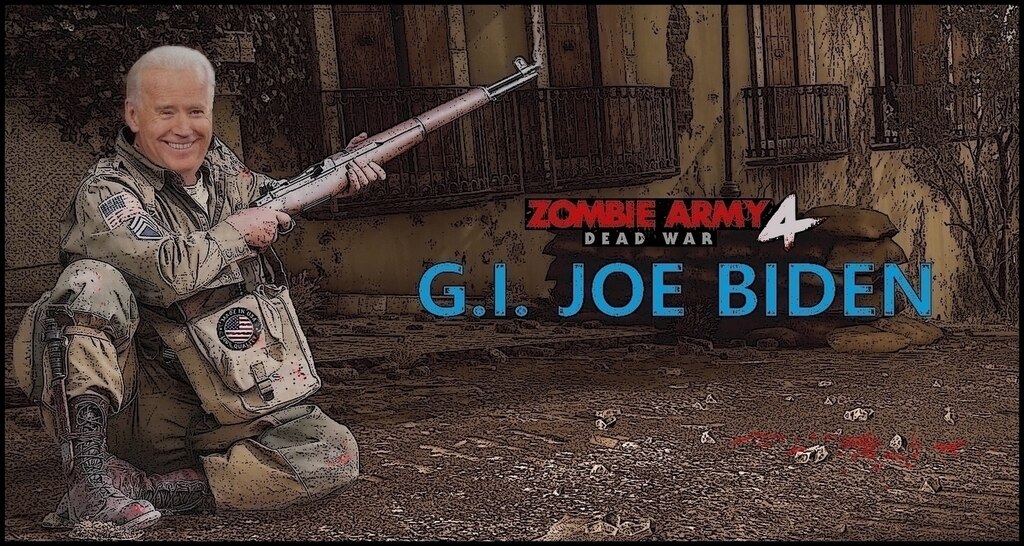 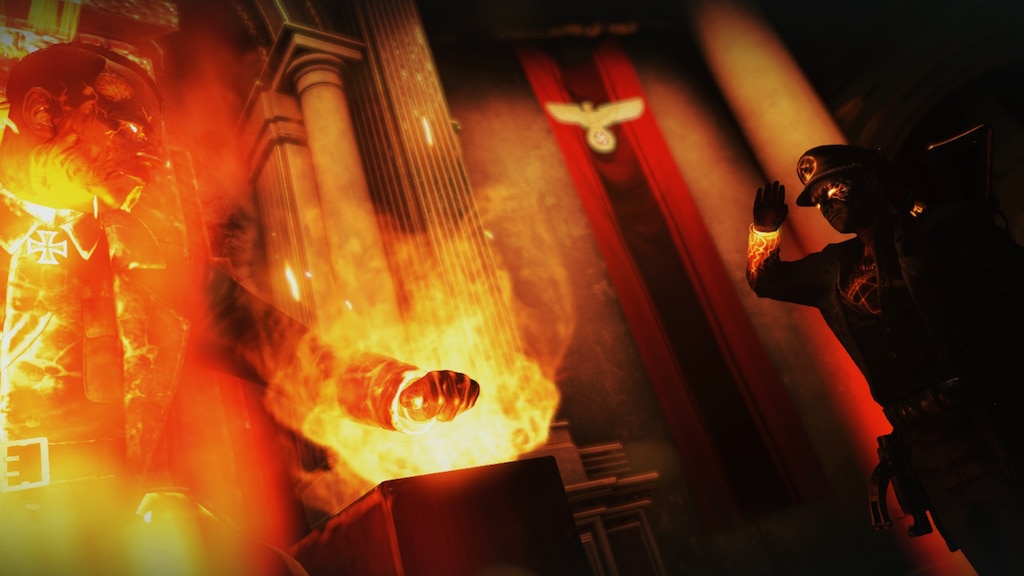 Not Recommended
20.6 hrs on record
DON'T LET VERY POSITIVE REVIEWS FOOL YOU 73.5% of players haven't even finished the game.

It was tough to decide whether or not I should recommend this game since I paid around 15 bucks for it but at last, Zombie Army 4 mostly looks good, but it doesn't play good at all in most parts and even though I don't necessary regret my purchase, I wouldn't recommend it to anyone else for 4 really important reasons:
-Denuvo
-Base price
-Kinda dead
-Overbloated with DLCs

Of course if the game was good, these problems wouldn't prevent me from enjoying it or recommend it to others, but the problems are deeper. Let's start by saying that this is literally the same game as the previous 3, with just some tweaks here and there and better graphics, it still has the same awkward gameplay, terrible hitboxes and hitreg, everything is literally the same and meanwhile it's good to stay loyal to the roots, not adding some quality of life changes or anything significant at all but keeping the same clunky gameplay is not right. Why pay so much more when you can literally play the same game x3 with less?

Lets talk about game mechanics and how horrible they are. If you get 10 killstreak you get access to a takedown, using it to kill a zombie will replenish some health, sounds okay right? Yea, except from the fact that you don't have invincibility frames before and after you perform the action,this means that if a zombie begins its attack animation you take damage and as soon as the animation is over you take damage if surrounding enemies are attacking and you barely have time to react and this leads to another problematic mechanic of the game. Any action will slow you down. Throwing grenades, firing without using M2, healing, takedowns, refilling your ammo etc etc. Some of them makes sense, but when the game is slowing you down for doing literally anything then it's just bad game design.
Next on the list on a huge list of problems is the hitbox, Zombies will hit you even tho they clearly don't, headshots won't actually count as headshots a lot of times BUT when you completely miss the target the game may tell you, you actually got a headshot, the game feels so random it's hilarious. I mean I know this isn't some esport AAA title but your whole damn game rely on sniping, if you can't even get that right just give up and develop an indie 2D title or something.
Next up, the sound and audio design, I was literally laughing during my walkthroughs... Every SMG has the same sounds, every sniper has the same sounds etc etc, legit...They used the same sounds for each type of weapon... This is next level laziness. As for audio, prepare to listen to same soundtrack over the entire campaign, which isn't even good in the first place.
The rest of the game I can describe as ok, it feels boring most of the times because it's really slow paced and the fact that they just throw million enemies each time you hold off a zone doesn't help, but you still get the satisfaction of killing zombies. I won't even discuss about characters they are horrible no one cares about them.

"C'mon man it cannot be that bad".. I think I was too harsh, the game isn't unplayable and you most likely will find some enjoyable moments if you are like me and you would play any game that is about killing zombies... Map design is incredible, gunplay is good, gore is okay, atmosphere is neat, references are all over the place buuuuuut they are not enough to make this game good and worth your money. Yes the game could avoid such criticism if it wasn't a 40 bucks with another 250 dlcs and denuvo title. If the game was like 15-20 bucks max then I could forgive a lot of things and simply enjoy zombie killing.. But unfortunately this isn't the case.

Overall: 5/10
PS: If you can find it on sale for 15 bucks and you love zombie games then buy it, it's good for killing some time by murdering zombies. 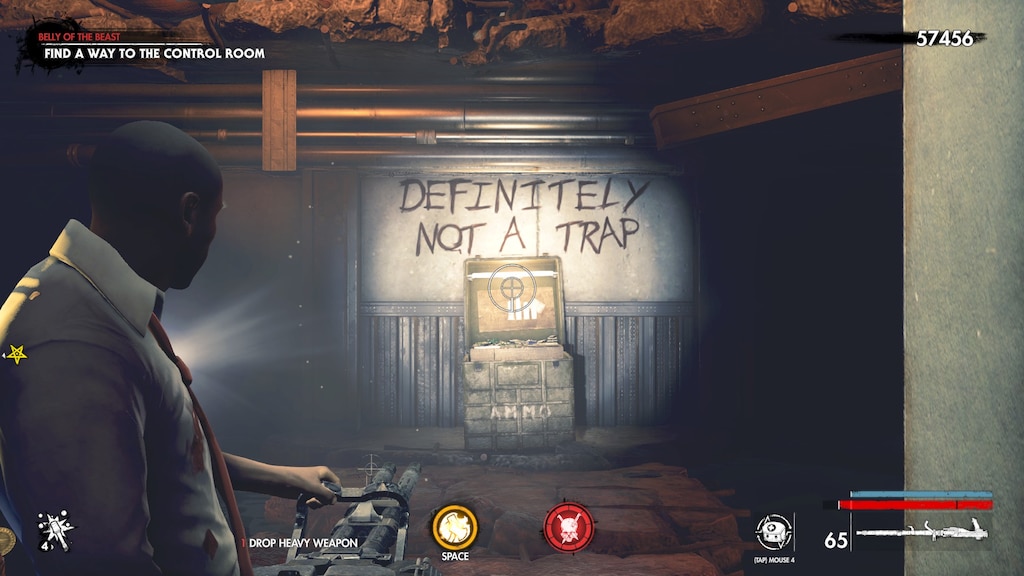 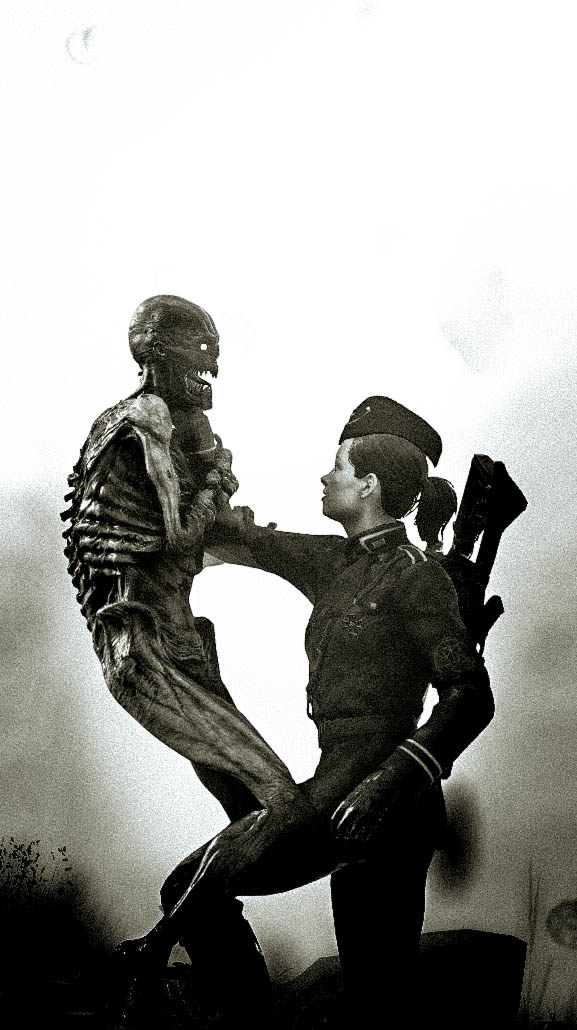 Dave
183 products in account
0
Too many DLCS it's confusing
Can anyone tell me if i buy the game + all the seasons pass i have all the content or something is out of the season pass? (obviously to buy when it's on sale, it's too expensive) it's confusing the quantity of dlcs
8

El Muffin Magico
Jan 15 @ 9:56pm
General Discussions
4 player achievment *thats a lot of them, and only 4 of us
We will play all last chapters of all the original campaign on Easy mode for quick run. Just need 3 players
3

N0gwerm0gwer
Jan 30 @ 7:49am
General Discussions
WAIT I PAID 70$ FOR EVERYTHING TO BE FREE?
why did they give you a choice to pay 30 bucks extra for season 1 just to make it free and give nothing to people who bought deluxe at launch awesome scam could of paid 49$ for the same damn thing
28