DiRT Rally 2.0 dares you to carve your way through a selection of iconic rally locations from across the globe, in the most powerful off-road vehicles ever made, knowing that the smallest mistake could end your stage.
$39.99
Visit the Store Page
Most popular community and official content for the past week.  (?)
Bad Boys Championship 9 - We Salute Health Workers Everywhere
https://steamcommunity.com/sharedfiles/filedetails/?id=2155313821 'allo everyone it's time to take to the track again for our ninth championship so without further ado it's on with the race suit and that lovingly polished helmet. Our new Championship 009 will start Wednesday evening 08-07-20 at 18:30 BST As usual we have 4 events with 5 stages per event. Each event will last 3 days. This championship is dedicated to the amazing hard work from all the healthworkers all over the world duri...
65

Axe
3 hours ago
General Discussions
Why did there remove the restrictions on the camera,
on the leaderboards like it was in dirt 1? For clarity it was restricted to bonnet or cockpit view only. Admittedly I saw official F1-sumulation racing and but one guy out of the whole field was using cockpit view where the rest was using overhead cam and I think in Dirt 2.0 this is also the case. I think a restriction on leaderboards to have only cockpit view would be nice....
36 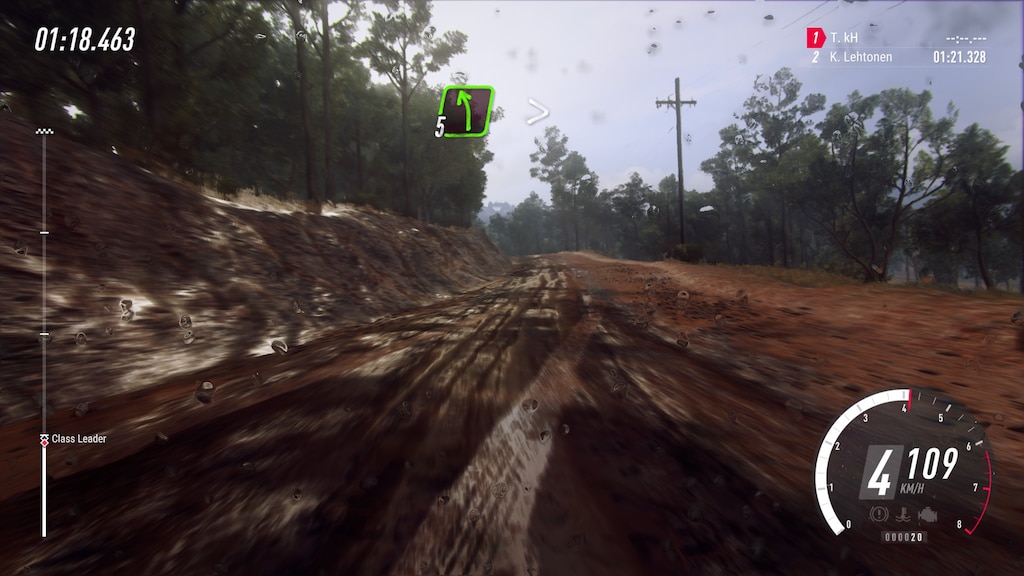 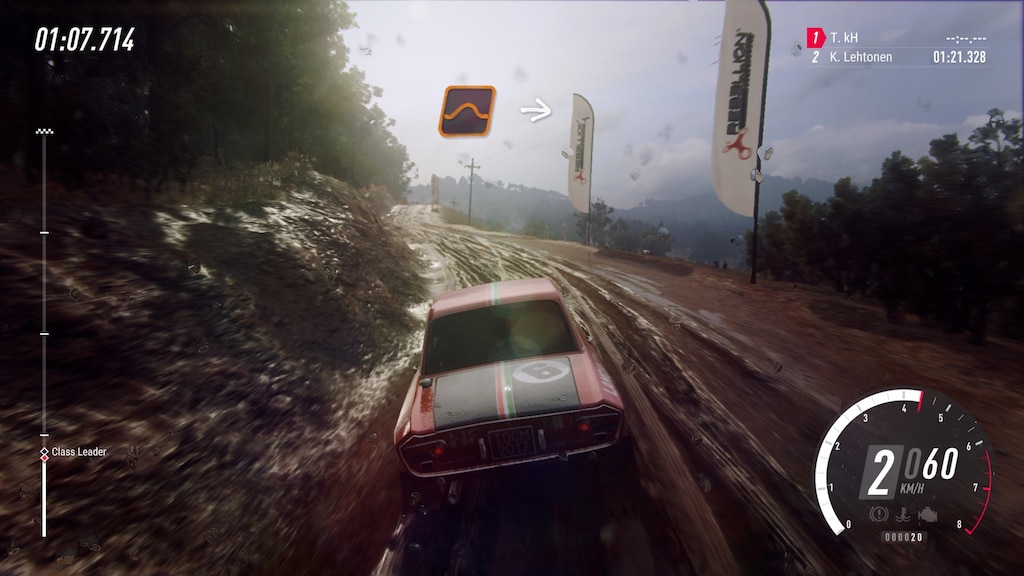 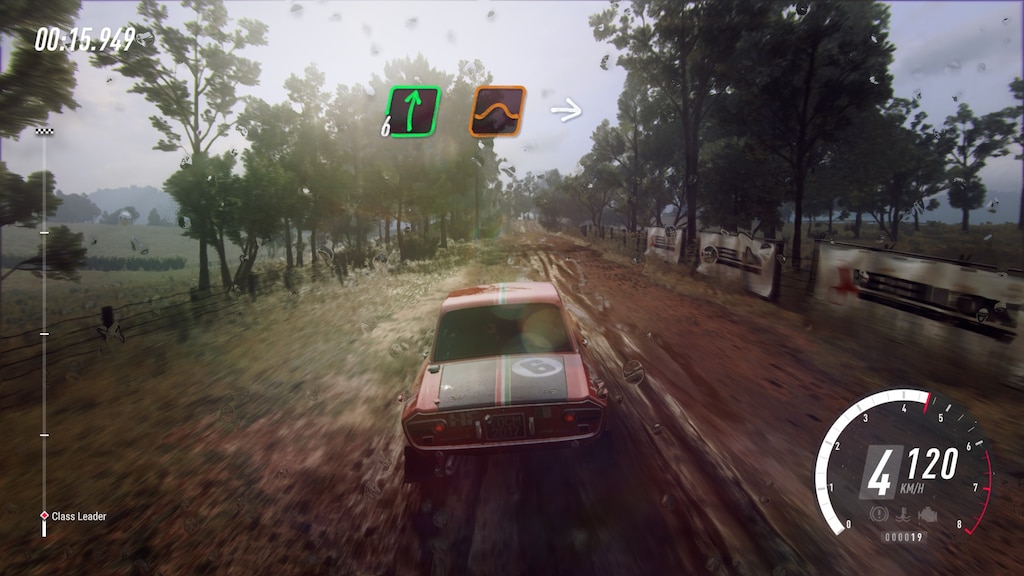 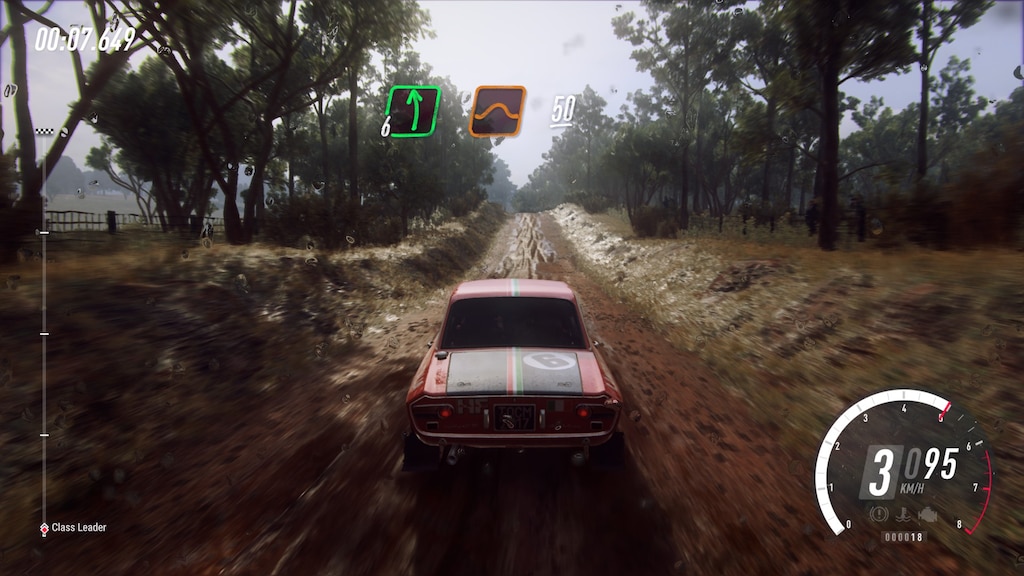 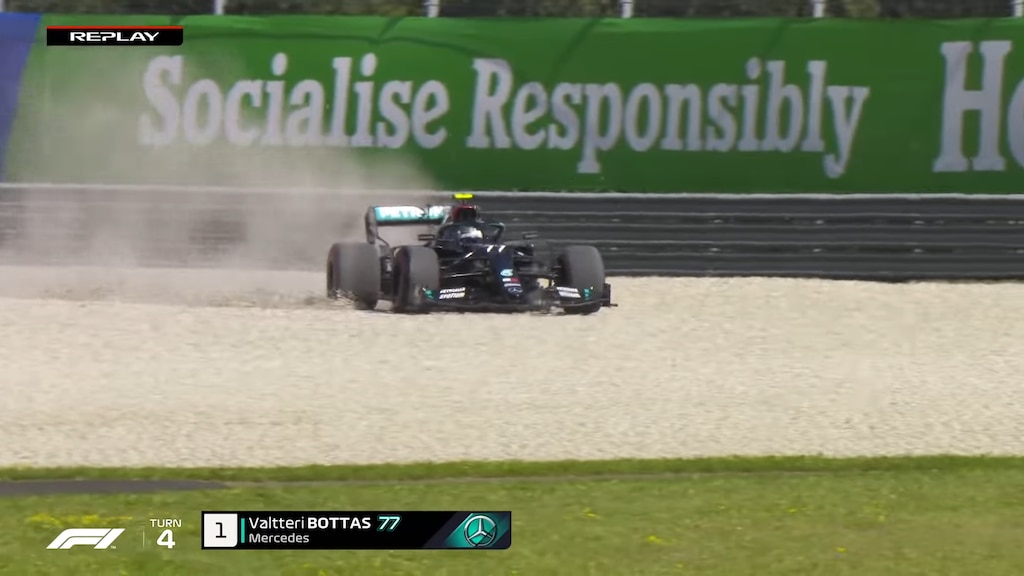 0
7
Can we get this rally car as future DLC content?

How To Use Phone As A Telemetry Gauge
🔆This Guide Will Help You To Make Your Phone As A Gauge For Your Game. 🔰Software Used : 🔹Sim Dashboard 🔸DashPanel
40 ratings

!Amirhosein.d | @Gaming_Club
View all guides
Had a repack version before, I bough the game on sale as I had a lot of fun and now would like to not re-download again.
How can I get these files to get recognized for Steam, If that is even possible.
1 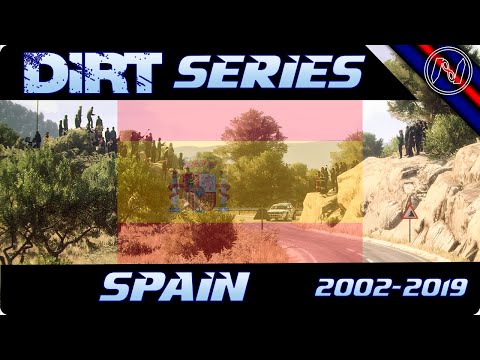 Not Recommended
4.6 hrs on record
I'm not sure why they made this game. It's not a significant improvement from the first, lots of primary menu content is walled behind DLC you need to purchase, championships are very long and unforgiving with a limited number of restarts, all content is locked except for test driving cars.

Codemasters took everything that could be fun about a VR racing game and ramrodded it into a paid DLC safari or a linear grind through hyper-samey championships.

Also it's over 100 gigs and I'll probably unlock maybe few more cars before I uninstall it. I've only played a few hours but I've played the same tracks over and over. Why is this game so big? Pathetic. 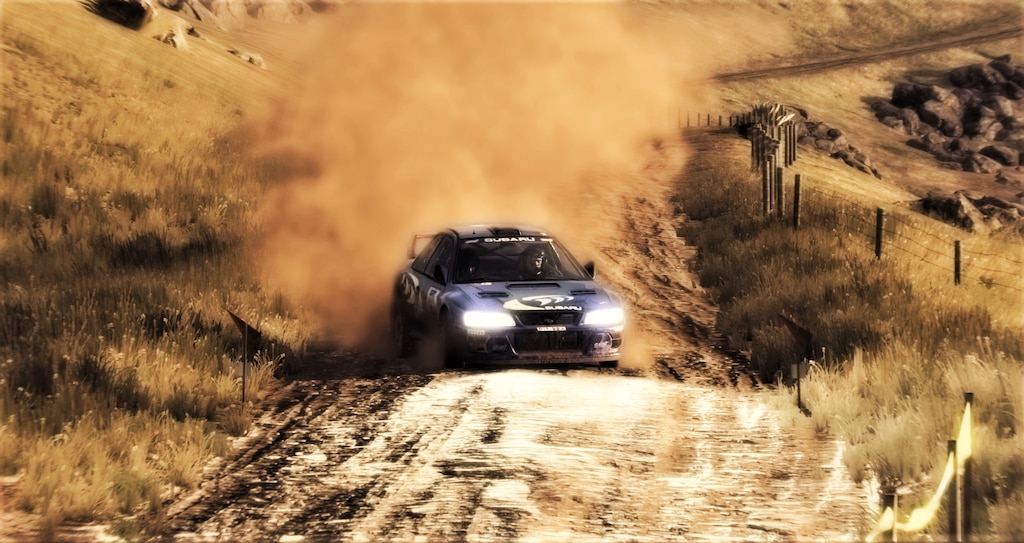 Recommended
302.8 hrs on record
Almost everything about this game is either underdeveloped, anti-consumer or just a bit broken. Very barebones 'career mode', weird performance issues with lighting, a nonsense always-online requirement that routinely breaks and leaves you unable to play singleplayer even. Add to all of that a borderline predatory DLC policy that re-sells content from the first game and piles on multiple season passes.

All of that becomes irrelevant though once you get behind the wheel, and start tearing through the gravel and snow. The game's many flaws can all be overlooked, as the actual rally driving itself in this game is the best there is, bar none. A lot of people wouldn't call it a true simulator, but it has a level of realism that constantly challenges you and demands a careful balance of concentration, technique and sheer bravery. I've driven Poland so many times now that I know it off by heart, but it still manages to be a white-knuckle ride every time I'm tearing through the claustrophobic treelines at 120mph.

I really wish Codies had the license for current WRC as that's the main thing that is conspicuously missing, but the game has a wide representation of different historical eras and styles of cars. This means you never find yourself getting bored as there is a always a different experience to jump into, which is an advantage this game has over the official WRC games.

This game is at the end of its development cycle so all the content the game is going to have is now available as part of the GOTY Edition. I recommend picking up this edition as it includes all of the DLC content, along with the fantastic Colin Mcrae: Flat Out DLC. If you're a fan of rallying, offroading or even just motorsports and driving in general, it's worth giving this game your time.

Recommended
15.7 hrs on record
Best Rally Sim at the moment. It's not easy, so give it some time before you decide it's not for you. One of the most fun games/sims I've played in a long time. 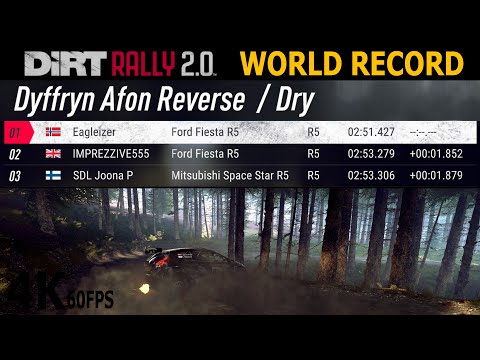 Save your best times on stages (English and French)
I have created this guide to allow everyone to save their best times in a spreadsheet for each stage raced in Dirt Rally 2 whether it is during the daily, weekly or monthly challenges, but also your time trials or in career mode. 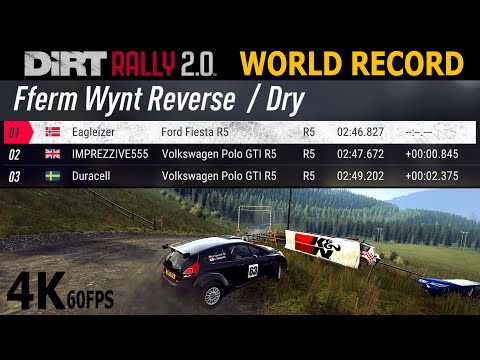 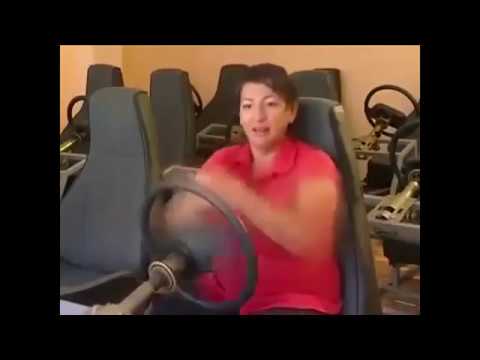 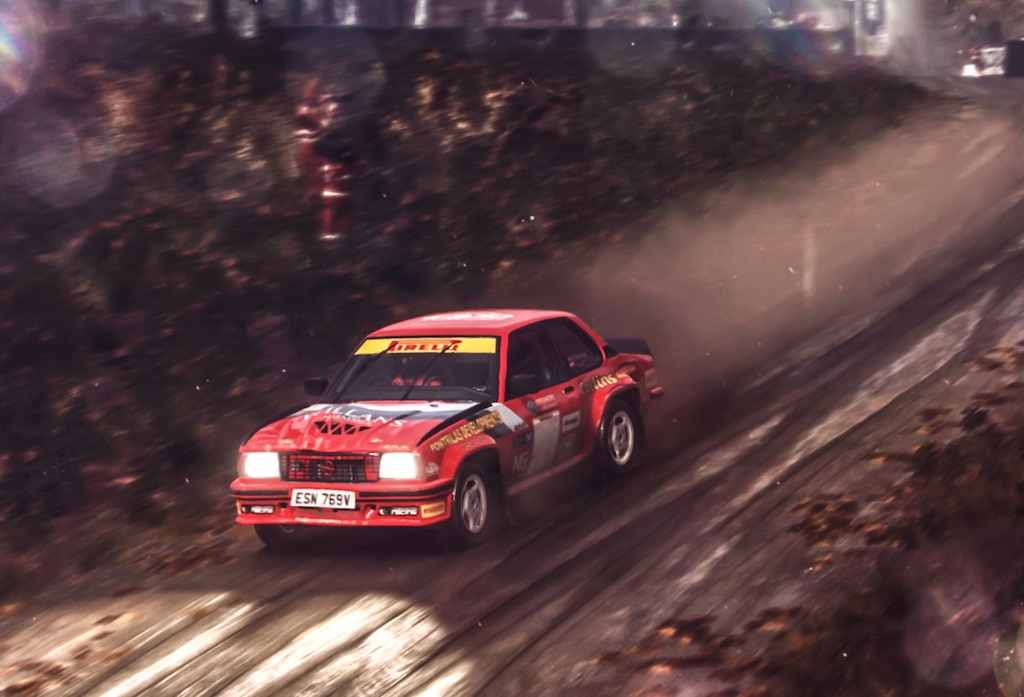 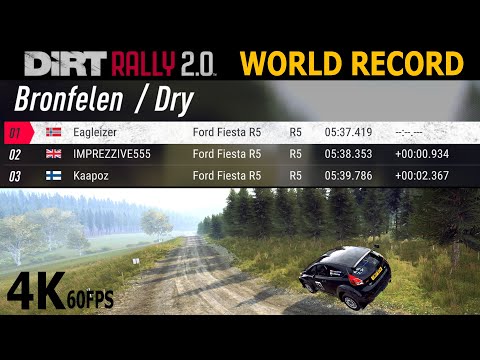 Eagleizer
View videos
Tips on wet stages?
Thank you to anyone who replies.
12

G25/27/29 controller settings
Try to balance comfort/realystic for my G25 controller. Settings different from thrustmasters controllers and not usable for logitech. May be someone make better config and post it here.