In the face of certain death, we rise. Team up and embark on a journey to the ends of hell to unlock your past and escape your living nightmare in CODE VEIN.
$59.99
Visit the Store Page
Most popular community and official content for the past week.  (?)
game launch
why do i have to launch this game online in order to play it offline
2

Axel_Gaming
1 hour ago
General Discussions
I don't get why they made White Cathedral the most boring place ever.
Enemies that are beyond annoying on top of the constant running around in circles because the stupid game doesn't give you even the slightest hint on where to go so you're force to look up a guide otherwise be stuck in the same area for several hours trying to find the right route. It's nothing but a developer trying to copy Anor Londo and making it a stress inducing maze....
7

Sidequest Guide! | Secret loot for everyone!
Completing them will yield a useful item, a Depths Map or a Unique skill.
135 ratings

Recommended
46.6 hrs on record
Boobasouls or something more?
Before we start, you should know you aren't getting a deep narrative, with rich and extensive lore, using the exceptionally detailed enemies, bosses, equipment, and environment filled to the brim with seemingly unimportant items to convey its vague story to the player. No, Code Vein has plenty of cutscenes, shouting, questionable camera angles, edgy baddies, spiky collars, surfer haircuts and the power of friendship.

But while all of that anime cheese is good and all, it's not what made Code Vein such a blast to play. That honour belongs to its excellent gameplay. Playing the likes of Nioh, Dark Souls, Bloodborne, when I was perplexed about defeating a boss, there really was only a single choice - learn his attacks. It's either not possible to respec or very inconvenient. Thankfully, Code Vein is having none of that and lets the player tinker with the build at any moment, free of charge. At first, this system may seem convoluted, complicated, hard to grasp. But have no fear, your friendly neighbourhood slav is here.

At the heart of it all lie blood codes, Code Vein's quasi classes. You obtain them from bosses, companions or in the wild. What makes them unique is the customization freedom they offer and their fixed stats. Strength, dexterity, etc., all are more or less set in stone. The only way to boost them is by using certain passive abilities. But you'll spend your time mostly buying new abilities with haze, the game's currency. Also, it's used for levelling up, which only improves your health and damage. But that's not all; Almost every ability can be inherited, thus making it usable with any compatible blood code. To inherit one, you have two choices - kill enemies to gain mastery XP or use rare items to skip that grind. But there are restrictions, be they a required stat level or a certain weapon in your hand, that "decide" what ability you can and can't use with a particular blood code.

Pro Tip: Do not power level. Each area has a level cap. You'll receive an insignificant amount of XP towards mastery if your level is too damn high. So use haze to unlock new abilities and master them. Be smort!

Now, using these fun abilities requires ichor, the game's mana. The cost varies (3,10,20+); the better the ability, the more it demands. And if you think there's some magic ichor recharging bottle, sorry to disappoint: you'll have to sweat for it. There are two ways to regain ichor: the simple way - basic attacks that drain enemy blood and slowly recharge your ichor supply. Or the chad way - backstab/parry enemies, giving you a large quantity of ichor instantly while simultaniously inflicting massive damage. Plus, this is the only way to increase your max ichor capacity. While this may seem insignificant, ichor capacity varies by blood code; Those more melee-focused (e.g. berserker) have low reserves, unlike their caster brethren. So using those fancy abilities is impossible if thou is not a true chad.

Speaking of blood, each blood veil, or armour in laymen's terms, has a stat that affects your succ. The higher it is, the more blood your enemies volunteer to you. Blood veils can also change your parry animation and are the root for magic scaling, because just like blood codes, they have self-imposed fixed stats, as well. Thus, they impact the buffs for dark and light magic. They also have specific stat requirements that your chosen blood code needs to meet before you can get your swag on.

Then it's time to show off some mad skillz. For that you have twelve slots; Four for passive and eight for active abilities. The active slots are where the fun is. They have shortcut keys assigned, making using multiple abilities mid-combat super easy, barely an inconvenience. And this was such a breath of fresh air from the endless scrolling of the other souls-like games and made combat so enjoyable. But I've yet to speak about weapons. Some are chunky and slow, others lean and mean. But in the end, they all accomplish the same thing - kill. There is a decent variety in both looks and moveset within a certain weapon category. I personally went with swag over practicality. Looking snappy takes precedent over combat efficiency, always!

And I saved the best for last - the AI companion. Yes, yes, I can already hear your eye rolls. But please consider this - Shut up! Anyway, it's optional, and I likes it. It didn't make the game a cakewalk, but having my waifu watch my back allowed me to adopt a more proactive approach, unlike the more calculated ones in my previous masochistic solo adventures. Plus, now I do the ganking.

However, reckless play will still earn you a trip to the cemetery, especially since locations tend to be tight, restricting your movement. The last area, in particular, will demand your full undivided attention. The bosses felt fair, for the most part. Some I liked; Like the big, fast, aggressive furry. Some I didn't; Like the edgy main baddy. Overall, they were decent and even with a companion by your side, they are no slouches.

But what's the endgame like you ask? Well, it's good, but...not as good as it could have been. The problem mainly lies with armour customization, as there is none. You can only equip a top. I appreciate all the different kinky weapons on offer and the insane freedom the character creator gives you, so it's sad to see such piss poor armour customization. But you can change your character appearance (not gender) at any moment, free of charge. So that's nice, I guess.

And this sense of "what could have been" is also embedded in world design. While locations are diverse, they fail to leave a lasting impression. I still remember climbing out of the depths of the catacombs, only to lay my eyes on the Boreal Valley. But here, that moment of pure awe as you take in the scenery is absent. It's just differently coloured city ruins in various biomes, with spiky things shooting up from the depths. It made exploring dull and didn't satiate my Indiana Jones cravings.

As for the enemies, I really liked their design. There is plenty of diversity and representation, with many demon races finally getting their five minutes of fame. As for the bosses, I really dig their looks. Could it be that my dig was, perhaps, influenced by most bosses having big sweater stretchers? Indubitably.

And lastly, the mini-bosses, or lack thereof. Imagine if Havel from Dark Souls was present in 2/3rds of the game. He wouldn't emit that same aura of absolute chadness, losing his uniqueness and scaled back to a mere common fodder mob thou slaughter. There is no singular enemy that when you spot, you know, good times a' comin'. I saw a big chungus looking demon lady that I thought was a mini-boss until I saw her cousin down the road. Definitely something the sequel should fix.

There you have it folks! Code Vein is awesome. I went in expecting a semi-decent Souls clone with an anime aesthetic slapped on top. But I was wrong. It's far more than a mere clone; It's a stellar ARPG that's more than capable of holding its own against any of the heavy hitters, even surpassing them in certain aspects. So while Sekiro is still top bae, Code Vein is a very close second.

If you enjoy this review, come and read more wisdom from the Gospel of Sv. Prolivije. 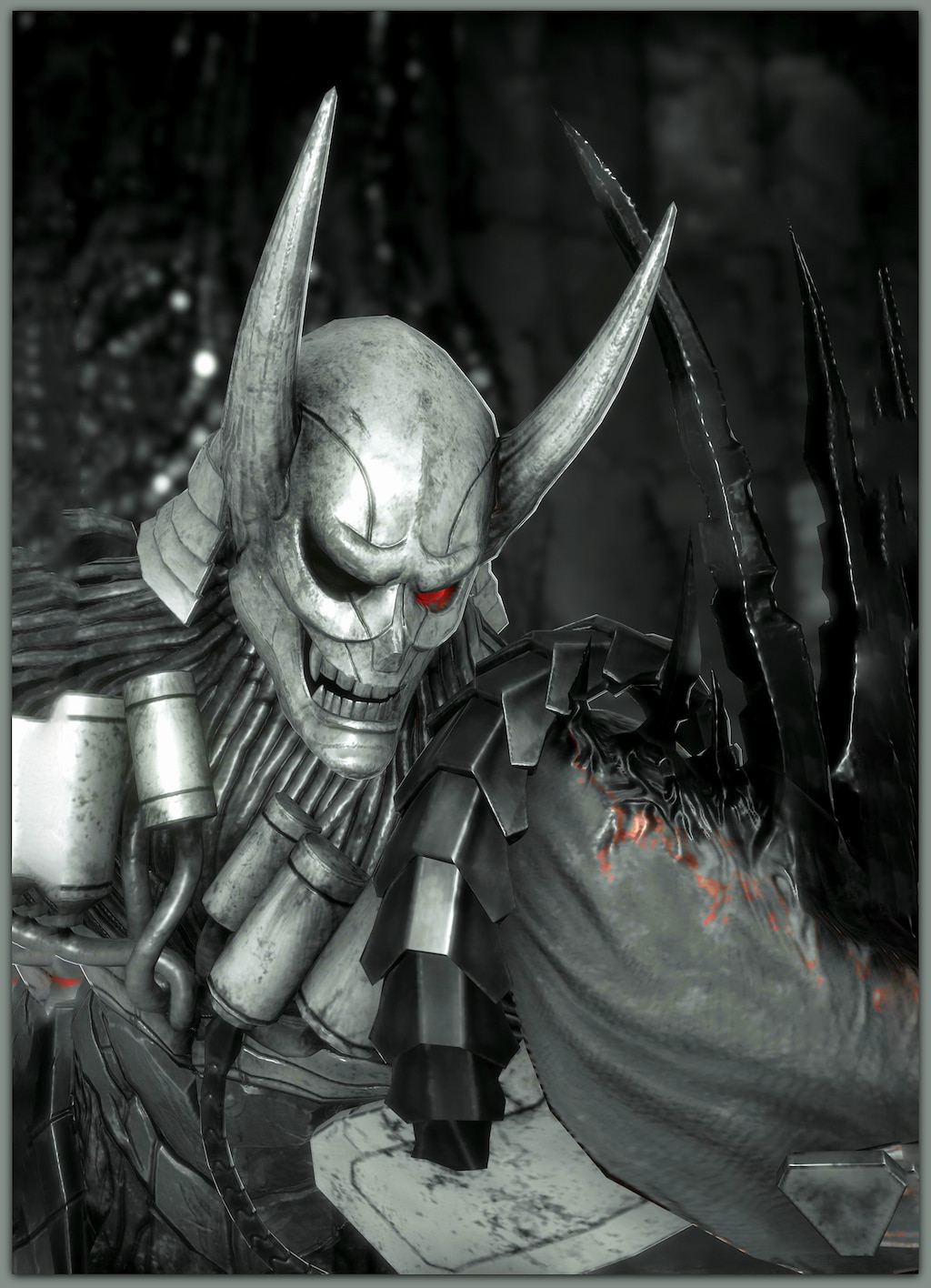 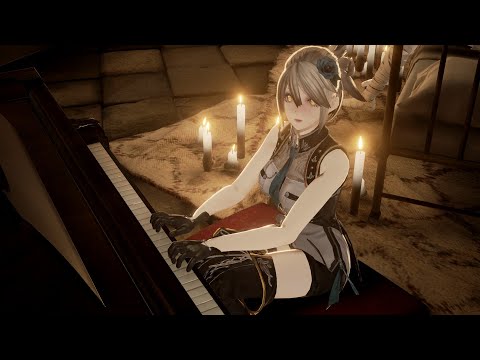 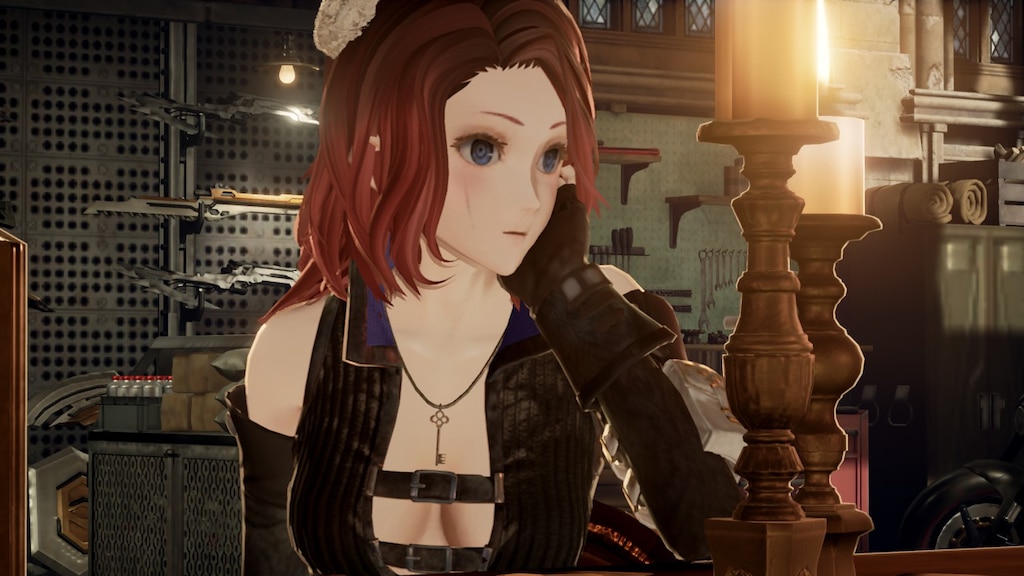 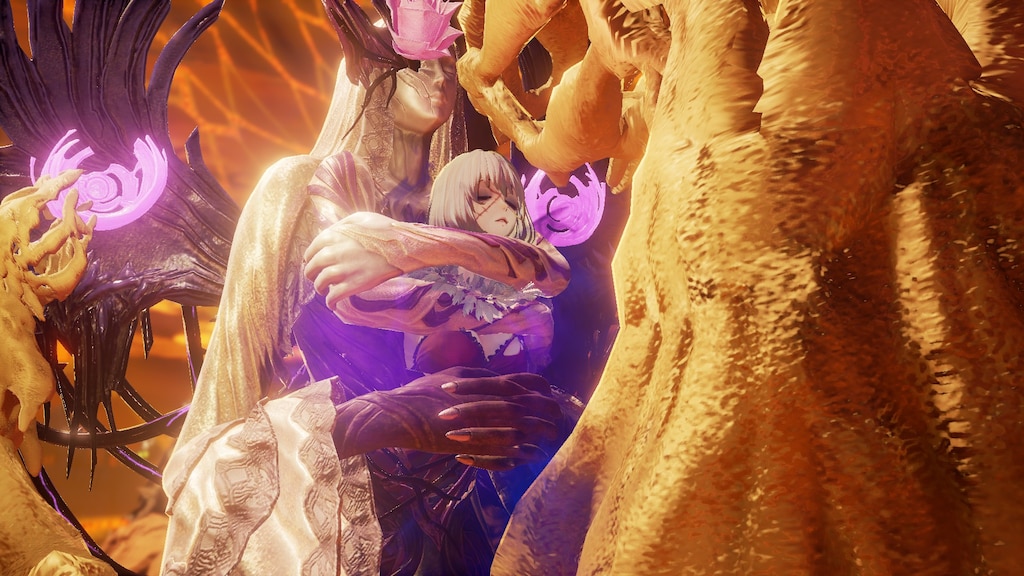 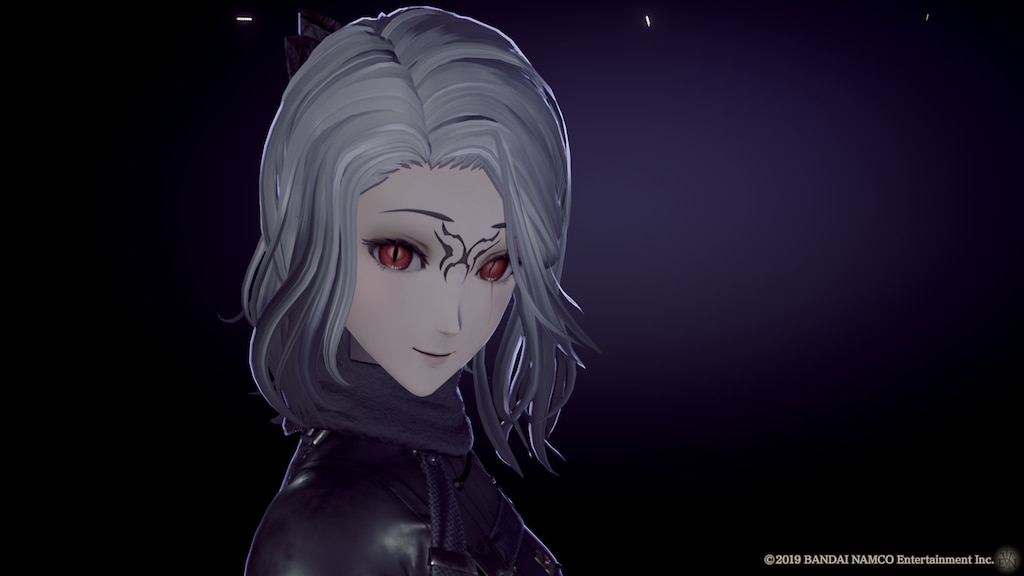 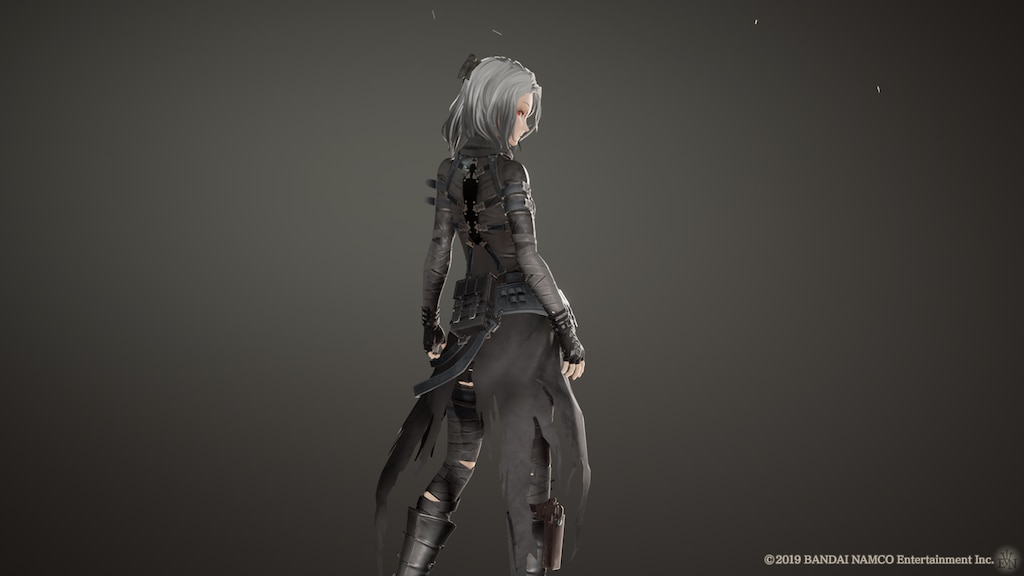 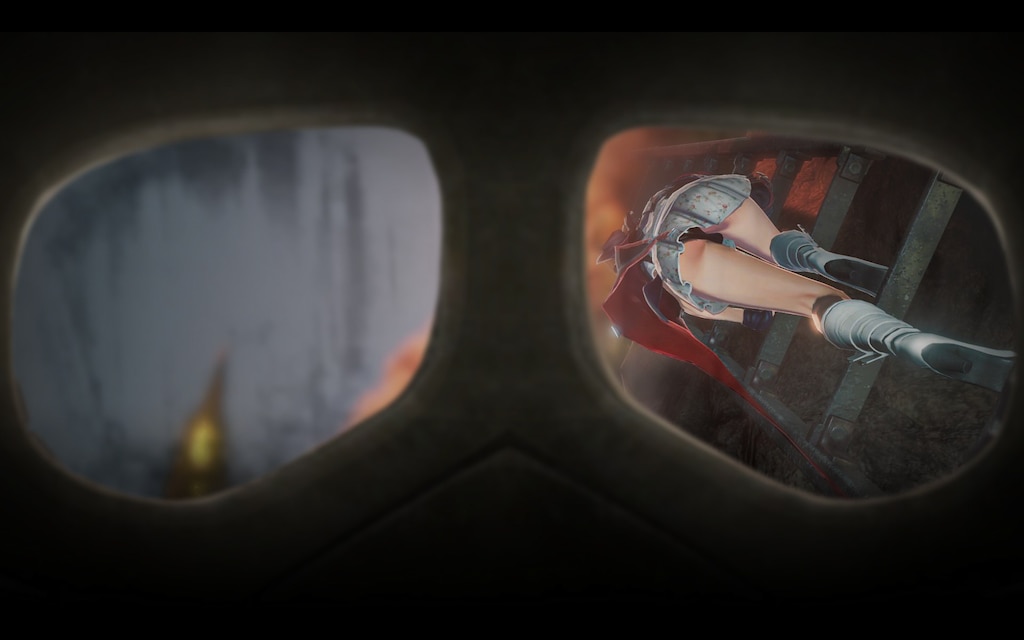 Recommended
69.5 hrs on record
Pros:
A ton of selections for creating your very own waifu
A ton of fun after you get used to the controls
A ton of classes and abilities to play with
A ton of replay-ability and post story content
A ton of boob-age

Cons:
Minor technical design flaws
A bit overwhelming from the start
Not mean't for coop but its just there
The type of game where you'd have to look at the wiki in order to not stress yourself with a few maps and bosses 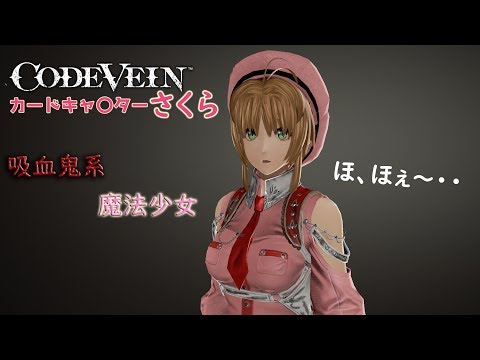 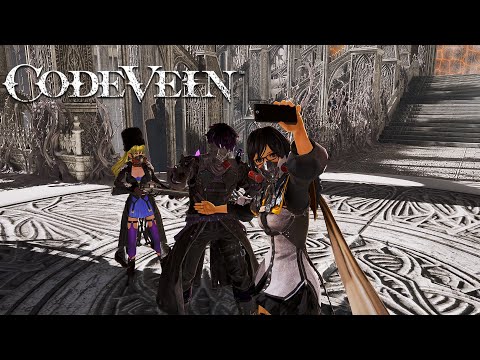 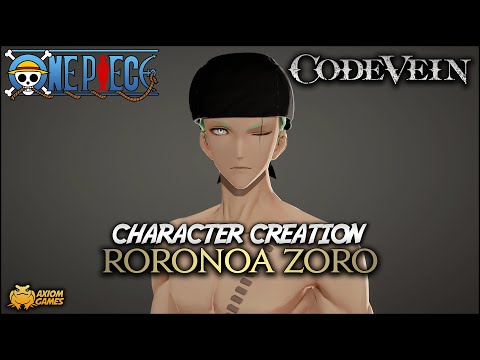 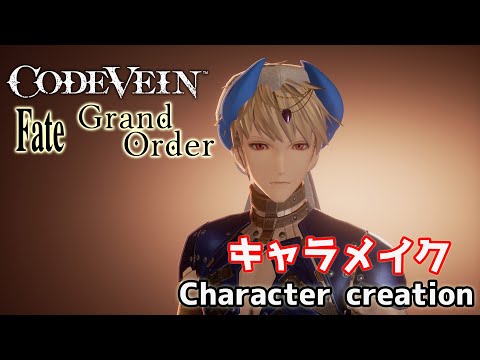 ɆxⱣɍømɨ
Sep 12 @ 8:53am
General Discussions
This game s_cks, and here's why.
Just completed the game, and among the genre soulslike, was the worst. -Plot is weak, messed up and boring - All these memories into the red crystal are boring beyond belief, with the anticlimatic "sad" music in the background. At some point i just started to skip all of these. - Loading times are too slow - A s_it tons of gifts, gives to you an illusion of variety, in fact 80% of them are completely uselss, along with poor choice set of weapons. -Ending feels like rushed and chopped off -Most of blood c...
79

StIwY
Sep 2 @ 9:53am
General Discussions
No one ever answers distress calls?
I'm done trying to do Tower Trial 2 with the NPC because he decides it's better to barrel roll in circles instead of reviving me before Im perma-dead. No one ever responds to my distress signals, have never seen someone join. Are distress signals not usable in the Tower Trial stages or am I just having bad luck finding people?...
5