Store Page
View Stats:
Global Achievements
Show
All News
All News
Syndicated News
Official Announcements
ZenSports & In The Keep: Warfork Duel Cup & 3v3 Clan Arena Cup
Nov 11, 2021
"It's that time of year again, folks! After the success of last year's Going the Social Distance & Pigeon Classic raising over $3000 for nurses & midwives, it only made sense to do another event of epic proportions. This year, our event is benefitting Child's Play, which is an organization that donates toys & games to hospitals and domestic violence shelters around the world, providing children with a variety of therapeutic opportunities that are also fun! Join us in showing them some love!

We've arranged several events by partnering with our friends to create tournaments, exhibitions, and showcases, as well as asking many of our favorite streamers & developers to promote donations to the charity between the 6th & 14th of November."

Now that you're more than compelled by the Drowned God Cthalha to donate to this great cause it's time to frag and gib! In The Keep[inthekeep.com] and Zensports[zensports.com] are hosting Warfork Duel and 3v3 Clan Arena Cup's to help raise money for Child's Play[childsplaycharity.org]. We urge you to please make a donation via the following Tiltify campaign link: https://donate.tiltify.com/+in-the-keep/pigeon-classic-iv. Please note it is not required to make a donation but encouraged.

Challonge page with all information:
https://challonge.com/pc2021warforkduel

Challonge page with all information:
https://challonge.com/pc2021warforkca

To stream the event please tune into In The Keep at Youtube Live or Twitch[www.twitch.tv]!

If you have any additional questions, comments, or concerns please join the following Discord servers:

We're proud to announce we will be featured in Realms Deep 2021! Special thanks to the following for helping complete our submission:

That’s right! 3D Realms’s shooter-focused digital event, returns for a second year filled with world premieres and special guests, from Friday, August 13 through Sunday August 15, with a live show airing at 10:00AM PDT on August 14, on the 3D Realms’ Twitch channel.

A Realms Deep Steam Sale will also take place from Aug. 13-15. This year, Realms Deep also includes “The Vault”, filled with talks, interviews, lessons and great discussions with some of the brightest minds in the first-person shooter industry. The Vault content will unlock throughout the weekend!

Prepare for three days dedicated to all the latest old-school shooters, newer shooters and everything in-between. Some non-shooters might even sneak in! Realms Deep 2020 featured 40+ games including the Hexen-inspired GRAVEN, Ion Fury’s Aftershock expansion, and Postal: Brain Damaged.

This year’s event plans to more than double the fun with 100+ titles worth of reveals and updates. 3D Realms invited their friends with announcements from Slipgate Ironworks, Devolver Digital, 1C Entertainment, Running with Scissors, New Blood Interactive, HYPERSTRANGE, and more.

Realms Deep returns with deep-dives, lessons, keynotes and discussions, with classic industry icons and legends as part of The Vault, throughout the weekend. These names will be revealed leading up to the show! Tune in to hear from a new generation of developers, like MK Schmidt (Star Explorers, Paradox Vector), Damjan Mozetič (Call of Saregnar), Scumhead (Vomitoreum), and many more.

“We had an amazing time at last year’s Realms Deep sharing not only what we’ve been working on all year, but our friends’ projects too,” said Frederik Schreiber, co-owner of 3D Realms.

“We hope to see Realms Deep grow each year, and we hope shooter fans swing by and hang out!”

Warfork
83
16
Update notes for July 29
Jul 29, 2021
- We have extracted all the Warfork Testing PK3 files once again since the previous update is now live. If you have a limited amount of bandwidth per month we urge you to uninstall the FVI Launcher DLC (which contains Warfork Testing).

We bring you a minor update to squash some bugs which were pestering players. We're in the process of working on models amongst many other things at the moment and will have more news shortly.

- Server containing only spaces as hostname no longer take up two lines in the server browser.

- Added const uint8 cClient::buttons to AS. This property allows gametypes to check the pressed buttons of a given
client. This way a gametype can detect whether a player is pressing his
attack button at a given time. This could be used to to implement
controllable vehicles for example. Intercepting the +attack command has
proven to be an unreliable method to accomplish something like that.

- Added some administration functions to AS. This changeset allows gametypes to
* promote/demote operators
* mute/unmute clients
* drop clients with custom messages printed on the clients' screen after
dropping out of the game.

- Added bool cEntity::allowFunctionOverride to AS
This property allows gametypes to take control of arbitrary edict_t
function callbacks. This way a gametype can enhance existing entities
by extending their behaviour.

- Added G_PureFile to gametype AS
This allows gametypes to register files other than sounds and models as
pure. This can be used to transfer other files to connecting clients,
for example ui files.

- Fix qwertz layouts messing up the first char in the console.

- Updated the Warfork credits and completely revised the Warsow credits to be more accurate.

- Updated some logos and billboards.

We've renamed the "Warfork Testing" DLC to "FVI Launcher", which now gives you quick access to the Warfork Map editor of choice (Netradiant Custom) bundled with the Warfork Game Pack + Map Sources, Warfork, and Warfork Testing via an easy to use launcher. For the time being the launcher is only for 64-bit Windows. If you have the DLC installed and click Play you'll be prompted with the "Warfork" and "FVI Launcher" as choices. If this bothers you: 1. Right click Warfork 2. Click Properties. 3. Click DLC 4. Uncheck what should be listed as "Warfork Beta", "Warfork Testing", or "FVI Launcher" depending upon when you activated it. A handful of programs, tutorial videos, new features, and more will be added shortly.

2. FVI Launcher uses Windows' built-in video playback support (DirectShow). This supports many video formats without problems, but in some cases it might be necessary to install separate codecs, or a codec pack. The K-Lite Basic pack is a popular choice that should work well for most cases.

Special thanks to Mátyás "mmatyas" Mustoha and Seth "PlayingKarrde" Powell for their code contributions and continued support.

We've removed the placeholder music that has been in Warfork for quite some time and added music from our official soundtrack. Ava1anche our soundtrack composer is still hard at work and you can view his most recent progress here: https://soundcloud.com/deshaadman/sets/warfork-soundtrack-early-wips

The following tracks were added:

Note: Warfork Music is proprietary. If you wish to use free cc0 music please visit: https://github.com/TeamForbiddenLLC/warfork-free-soundpacks/tree/master/cc0/music

Warfork
48
8
Free sounds! Step right up!
Mar 23, 2021
Just as a reminder to anyone that doesn't read our Discord, while the new sounds are proprietary and exclusive to Warfork, the old + original ones we created are CC0 and CC BY SA 3.0. There's voice says, weapons, items, an announcer, player sounds, etc. If you would like to make use of them that would make us extremely happy!

We hope to work with the FOSS community in creating new free player and weapon models as well after completing our proprietary ones. There should be a post regarding this once we reach this point.

Instead of keeping you waiting longer for other tasks to be completed, we bring you a much needed sounds update.

- All sounds have been replaced. Special thanks to our Sound Engineer: MaxCarnage and Sound Director: Oizo.

- New announcer: Toni Jean Erasmus as "AI (Announcer)"
- Reaction Kills have been added, but are disabled by default. They will be enabled when character lore videos + their respective models are in-game. Note: Voice lines are intentionally absurd and seemingly random (for now). They're intended for new comers to spice things up. Special thanks to:


Note: We recommend existing players to copy + paste the following into console for optimal sound levels:

"The Keep is hosting a Duel tournament today!

Tune in to see who will come out on top!

Spectate on the TheKeep[TV] servers that can be found in the TV tab of the Server Browser or watch the stream via Twitch: https://www.twitch.tv/zensports

Warfork
53
1
Voice Actor\Actress Cast Announcement
Nov 17, 2020
As we wrap up finalized sounds to replace everything you currently hear in-game we wanted to announce the Warfork VA cast. Our talented VA's have recorded character specific voice commands, kill reactions, round start says, efforts, and more! If you're too impatient to hear them you can try to install the Warfork Testing DLC on Steam and take a peek. A special thanks goes to our Sound Engineer MaxCarnage for making them sound vibrant and Oizo for testing/providing direction to VA's for player effort sounds to achieve our desired result. With that said our VA cast is as follows: 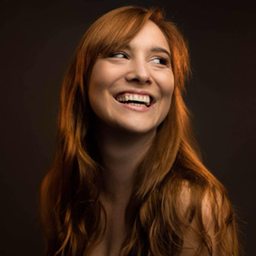 Toni Jean Erasmus has extensive training and experience in theatre, musical theatre, film, television and voice over. She has been working in studios in South Africa doing dubbing, animation, gaming and corporate voice over for four years and in the last year has built her own home studio. 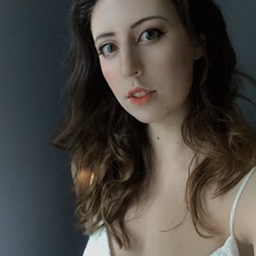 Cat Protano is a Boston born and raised voice actress. Her warm and charming voice will bring life to any project, whether it's for commercials, video games, animation, e-learning, audio books, and more! She loves animation and video games and hopes to specialize in them. 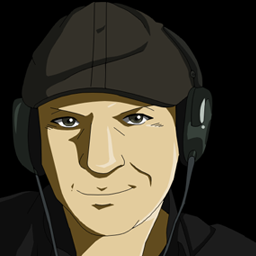 Ty Anderson is a Voice Actor based in Houston,Texas. His voice acting career started in 2011 and his influences include Looney Tunes, Classic SNL, SCTV, Mel Blanc, Robin Williams and Billy West.

In Ty’s free time he enjoys hanging out with his family (believe it or not), watching movies, animation and Disc Golf. 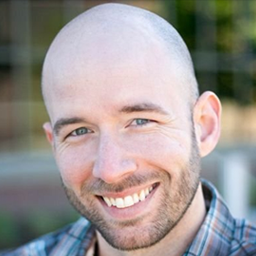 When not in front of the microphone, you can probably find him playing video games, Dungeons & Dragons, or outside exploring nature and soaking up the sun! 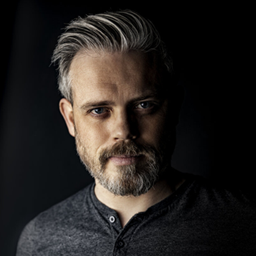 James Holyoake is a UK based Voice Actor with a distinct received pronunciation English accent. This gives him a great jumping off point to create a multitude of accents, dialects, and character voices. James grew up as a child of the 80’s with such amazing voice acting inspirations as Peter Cullen (Transformers), Alan Oppenheimer (Masters of the Universe), and Frank Welker (Literally everything…. no, really!). 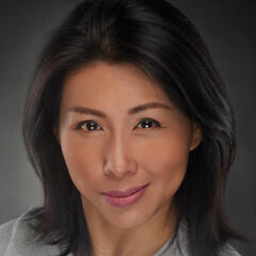 Su Ling Chan is an American trained voice actress based in Malaysia. She specialises in voicing young children's voices, spunky teenagers, realistic fight scenes (she has a martial arts background), the Malaysia/Singapore accent, and sassy females who kick ass.

When Su isn’t in the sound booth, she’s busy training Brazilian Jiu Jitsu, wrestling, and muay thai at the gym. Su has no aspirations to be a MMA fighter, though she does like to compete. 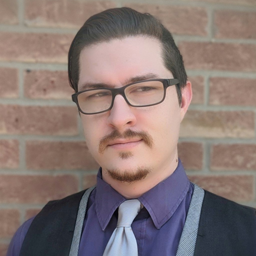 Matthew Archer has 14 years of acting experience and is now behind the microphone bringing characters to life. Professionally trained and making appearances from end bosses in video games to the high school best friend in animation, even audiobook narration. You dream, Archer shoots for the moon.