An action-adventure roguelike with a bit of RPG tossed in. Adventure deep into the UnderMine and discover powerful relics, deadly enemies, hidden secrets, and a few friends to help along the way.
$19.99
Visit the Store Page
Most popular community and official content for the past week.  (?)
UnderMine 1.0.2 | Small Update
Sep 17 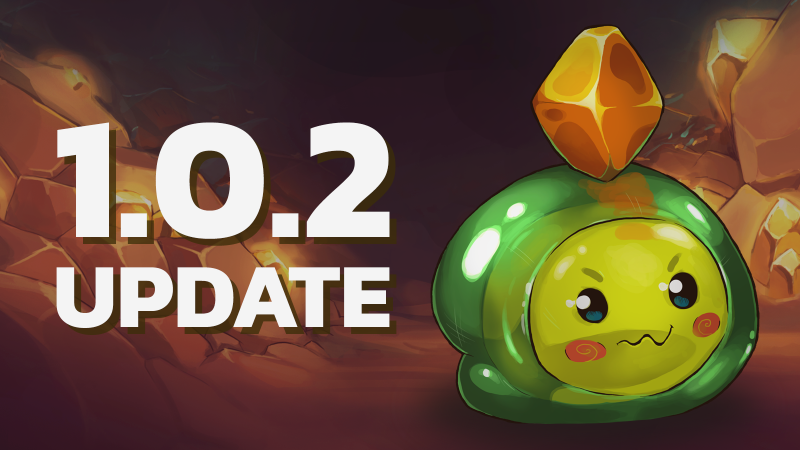 We're currently working towards our next content update, but we wanted to get this small update out to fix some bugs and to translate into Italian!

As with other languages, the game will auto-detect your settings, or you can switch using the in-game Options menu. Attenzione ai pilfer!

UnderMine
218
11
Should I get this game? Does is run well with a controller?
I enjoy rogue-lites a lot but the problem is that I also hate quite a few good ones that's why I'm unsure if I should buy this one or not. I wanted to wait until it leaves early access at least. Love: Dead Cells, Hades, Neon Abyss, Risk of Rain 1,2 Hate: BoI (don't like the fact that you shoot only horizontally/vertically, wasn't really pleased with the item synergies), Rogue Legacy (something just feels extremely off about the game, the jump just throws me off. I feel like avoiding damage is a pain) I wo...
4

Undermine guide to EVERYTHING [1.2*] Waiting for release on Aug 6th!*
Sure its nice having a wiki, but would you not like the whole game at your fingertips with no ads and no page loading? Here is the guide to everything, it covers all of the enemies, bosses, relics and acts along with core game features and provides guidan...
58 ratings 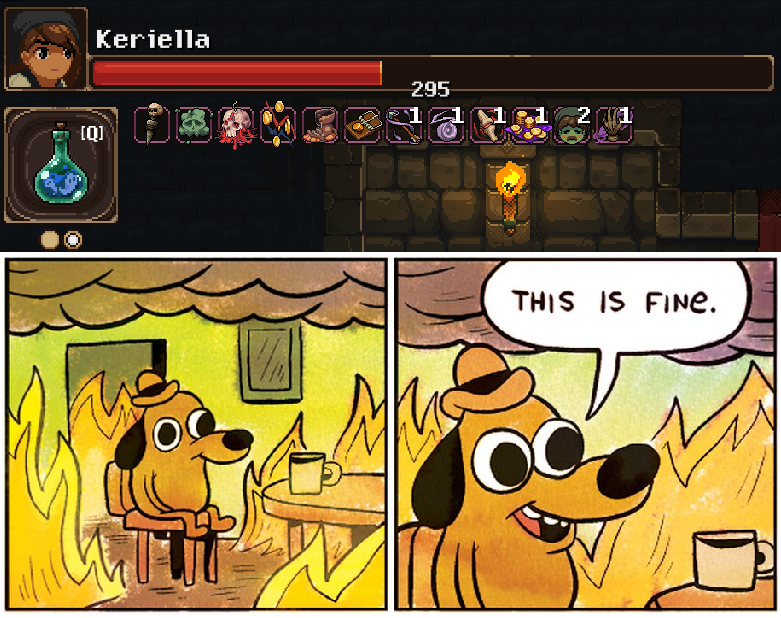 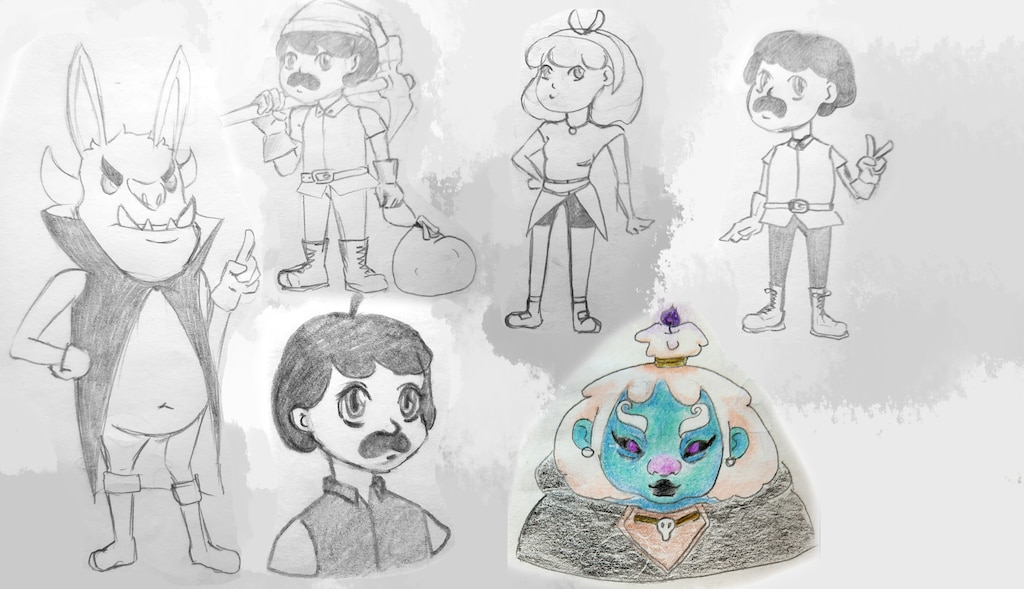 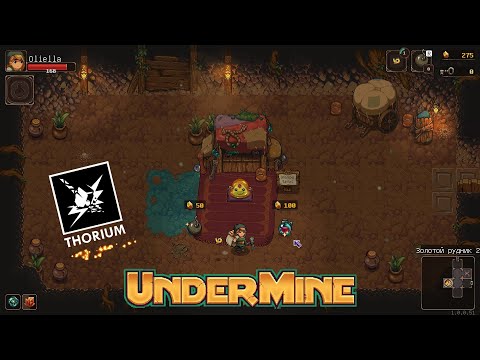 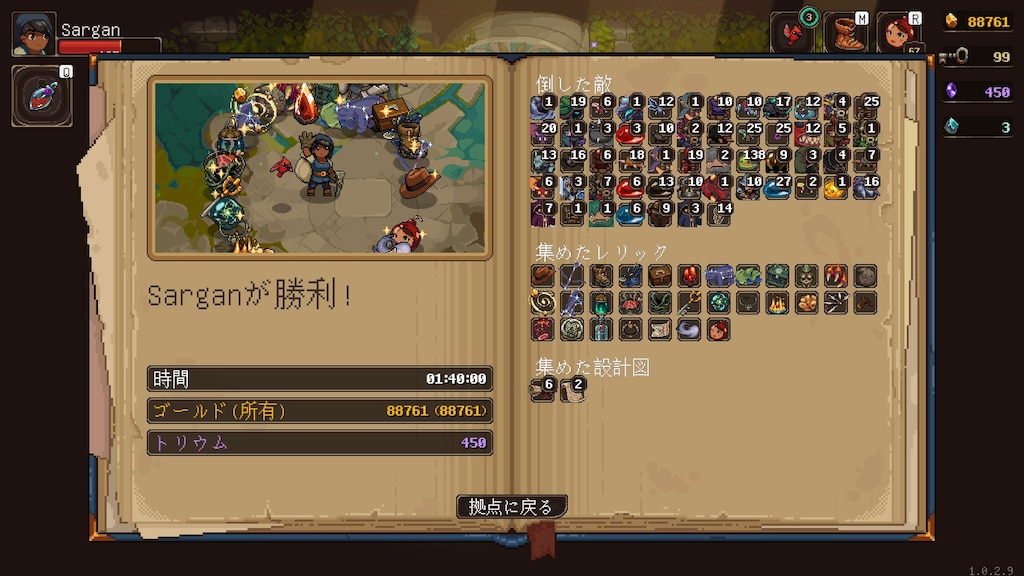 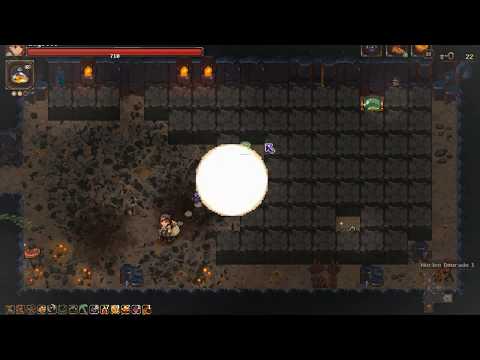 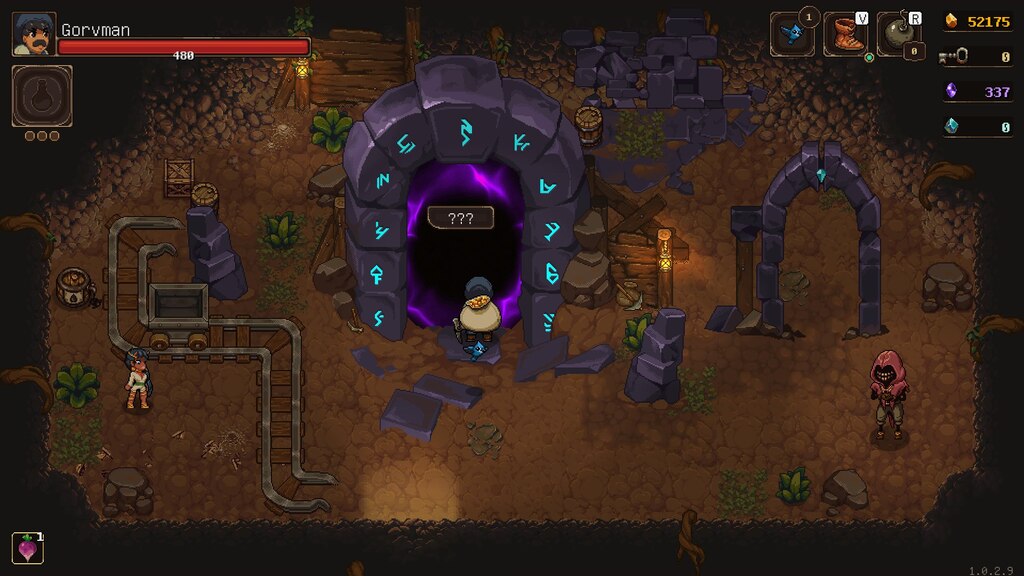 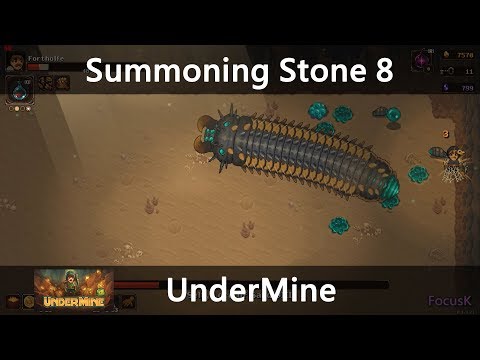 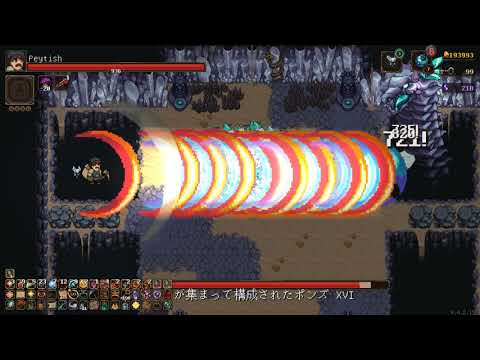 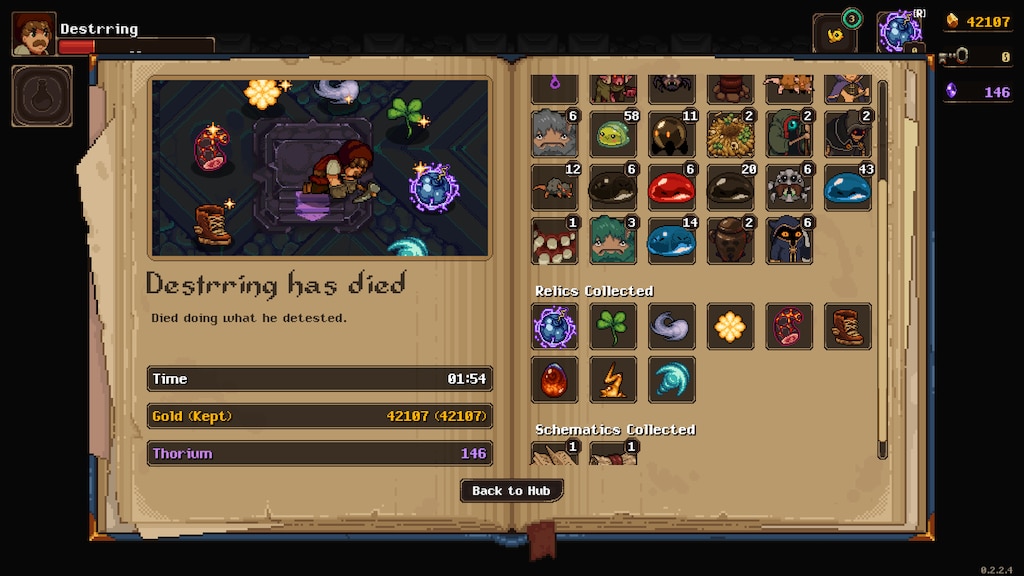 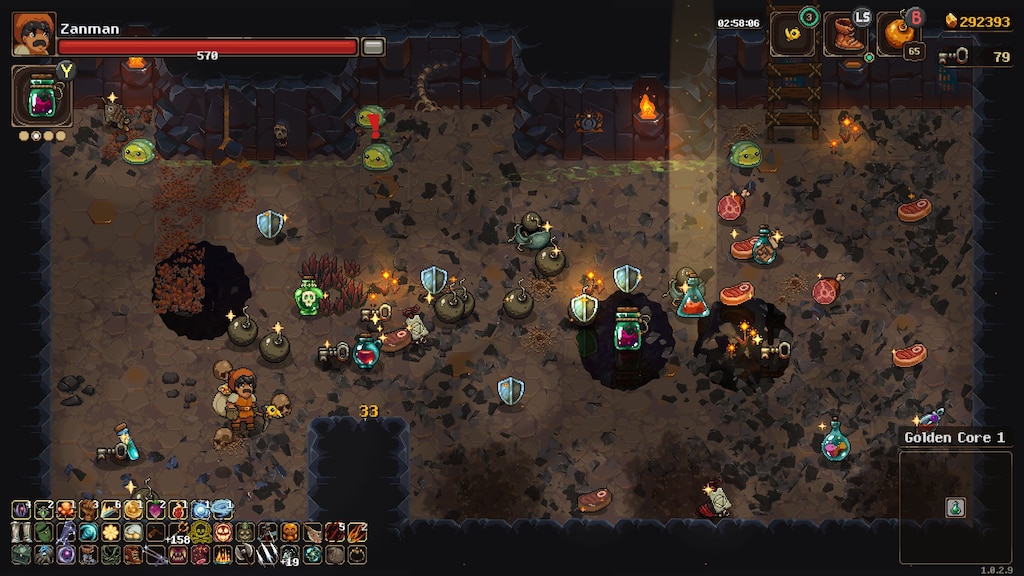 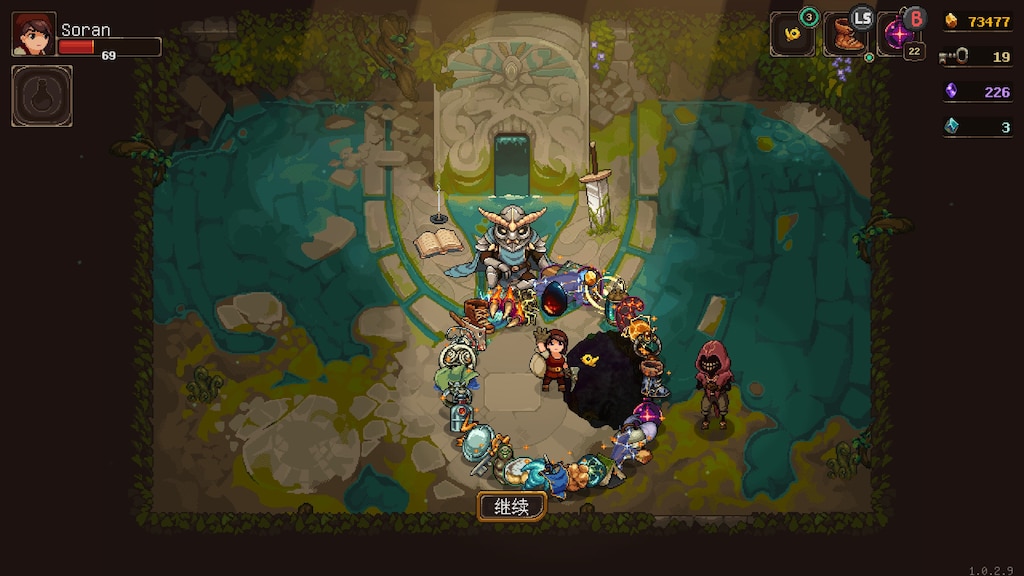 Recommended
10.8 hrs on record
I literally cannot put this game down. I love Roguelites and I have no regrets of getting this game. I'm hardly even 4 hours in at this point, and I having a blast. 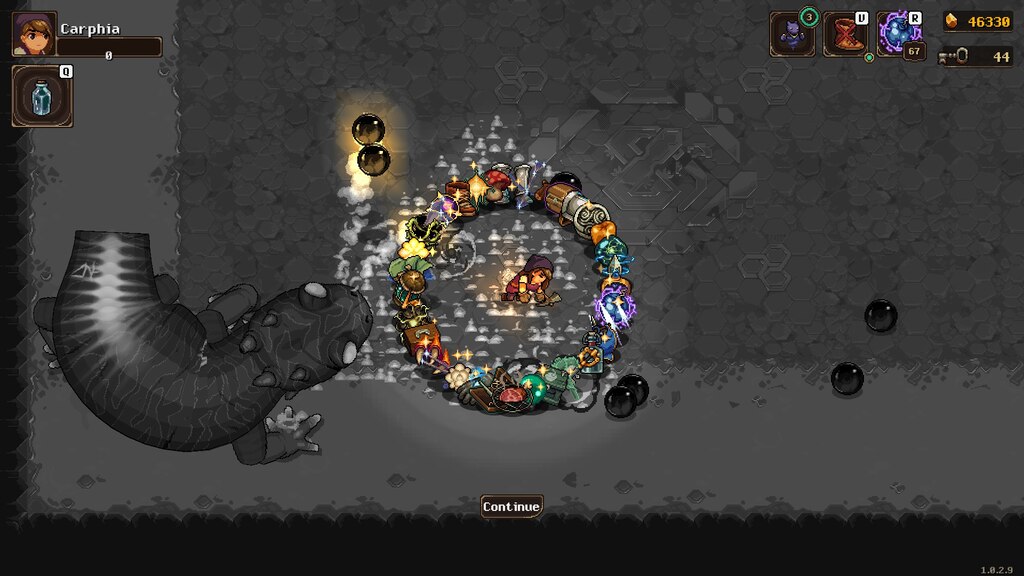 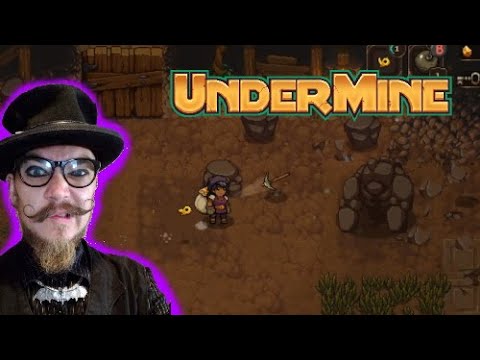 Not Recommended
7.7 hrs on record
Gets boring quickly, not really much upgrades, every run is basically the same. Would not buy it again.

music major
135 products in account
0
Am I too bad, is the game simply unbalanced or is UnderMine just unfair?
First and foremost, this is not a rant. Playing the game for over 30 hours on Xbox Game Pass and hat lots of fun for the first 20 hours. Now my progress is stagnating. Played a whole lot of Roguelike/Roguelite games and found the ones I played pretty balanced between a challenge and fair mechanics. When it comes to UnderMine, the game is not even punishing anymore, it's simply getting more frustrating and unfair from one run to another. Yet it feels like the game became even more brutal after a recent upd...
7 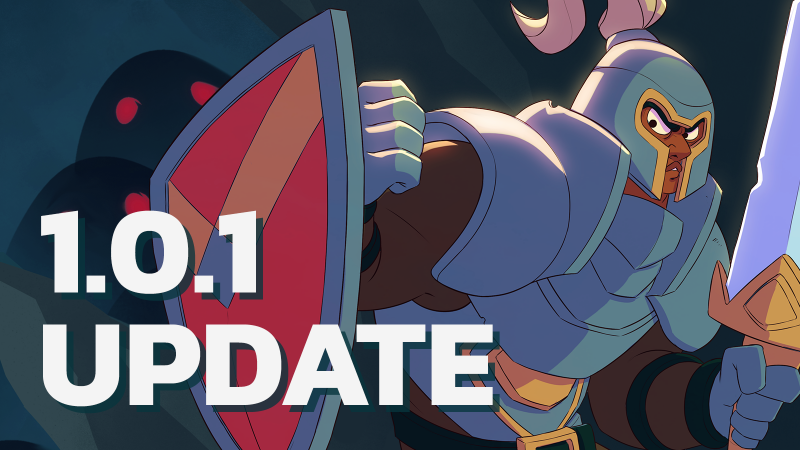 Thanks everyone for supporting us through a great launch. Sales and reviews have been really strong and we've seen a ton of love from Twitch. Even cracking the top ten games for a hot second. That being said, there were some issues that we wanted to sort out between now and the next content update and here they are! We do have some plans for the next update, but it will be a little bit before we're ready to reveal what those are. In the mean time we hope you are enjoying your time with UnderMine.

UnderMine
333
26
Do you guys play with controller or kbm?
I feel like on kbm its way easier to aim and get hits but controller is so much more chill where I can put my legs up!
5

Varek GrimmReaper
Sep 24 @ 12:30pm
General Discussions
So anoying we cant use arrow to move with controller.
How its possible to make a so good game but make so bad control, why not make us chose if we wanna use arrow or joystick to move? most anoying thing in this game, proly gonna make me stop cause it make game harder cause dev is rly bad to configure a controller :(...
3 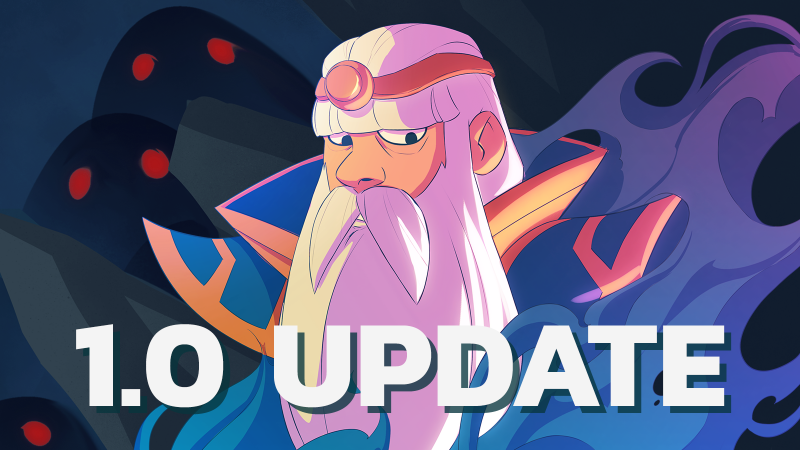 After five long years we have finally "completed" development of UnderMine. It has been a dream come true to work on our own game, unrestrained and creatively free. We want to thank the UnderMine community, especially those that took a chance on the game during early access. You all helped us reach this point and UnderMine has become so much bigger than we imagined. Completed is in quotations because although we consider this a complete product that doesn't mean we're done updating it. We have a lot in store for the future, but until then please enjoy these update notes.

The Gate is Active and the Final Encounter is Nigh
New Final Room
The Crone Valeen and Hexes
With the exception of Siefried’s Torment, all hexes are unlocked at the same time as Valeen.

Siegfried’s Torment
This hex is unlocked when the player finishes a cursed aegis run in the Othermine. It applies an indestructible curse on every floor.

Adventurer’s Peril
Sets the peasant to a single health point for the entire run.

Red-Hot Nuggets
Inflicts damage on the peasant whenever they pick up gold.

Frostbite
Prevents the peasant from healing.

Rogue’s Ultimatum
Disables all permanent upgrades (this hex is now used for the secondary boss achievements).

Journal Improvements
Added Artifacts
Artifacts, such as special keys, boss fragments, Baba's mushrooms, and the Dusty Book now have their own tab in the journal. Each has a lore entry, and some contain hints as to what their use is.

Improved Player Stats
Mousing over, or focusing (with controller) the peasant’s combat stats will reveal a detailed breakdown of buffs and modifiers that contribute to the final statistic.

Lifetime Stats
Another tab has been added to the journal that tracks lifetime statistics. We’re looking to expand this so let us know if you have any suggestions.

Fully Expanded Map
The minimap now reveals the entire floor when expanded. It will scale in size to accommodate the size and shape of the floor.

Hoodie’s Care Package
Peasants will now be given a care package when fast traveling with Hoodie. It contains relics for your journey. The number of relics are proportional to how far you traveled, but are less numerous than if you made the trek the old fashioned way.

Steam Trading Cards
Soundtrack Now Available
Achievement Changes
The achievement “Between a Rock and a Hard Place” (Defeat the Rockpile Mimic without upgrades) has been removed and two new achievements have been added.