Raft throws you and your friends into an epic oceanic adventure! Alone or together, players battle to survive a perilous voyage across a vast sea! Gather debris, scavenge reefs and build your own floating home, but be wary of the man-eating sharks!
$19.99
Visit the Store Page
Most popular community and official content for the past week.  (?)
1.09 - Update to network code
Dec 22, 2022
Hey there Rafters!

We just wanted to let you know that we have just now pushed a small update containing a rework of the multiplayer network code, to increase security for hosts and clients.

If you notice any bugs or desync of objects, please let us know through our support page![support.redbeetinteractive.com]

Raft
2,836
104
How do I get food at the beginning?
I've fished countless planks, pieces of plastic, and fibers out of the sea with the grappling hook. But there was no food. My character is starving because there is nothing to eat. Why was hunger introduced into the game if you don't get anything to eat? In a survival game, there should be a starting zone. Where basic care is guaranteed. Just take a look to Terraria, Stardrew Vally, Valheim or Core keeper But back to the topic. How do you get something to eat? Yes, probably on islands. But you don't get ...
33

Partybecher
Feb 3 @ 11:00am
General Discussions
Rain still penetrates roofs
Honestly, why is this such a hard thing to ask for? MINECRAFT figured this out ffs. I clearly have a roof over my head on my raft, and rain just falls like it's nobody's business. However, if I walk into a place like Tangaroa, the rain doesn't fall through, so clearly it's possible. I know this game's abandonware by this point, but it's just so aggravating....
2

Zeal
2 hours ago
General Discussions
Puffer do not drops anything
Just killed 3 or 4 pufferfishes with arrows. I know it should drop explosive thingy, but I cant loot them, they just float belly up and prompt to loot is absent. Is this a bug or maybe I must first follow the plot?
5 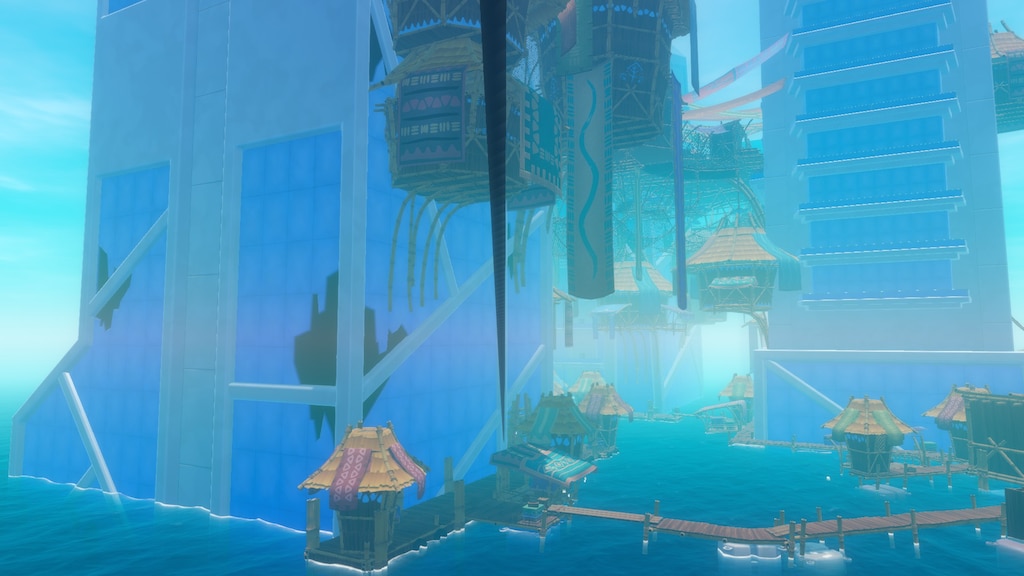 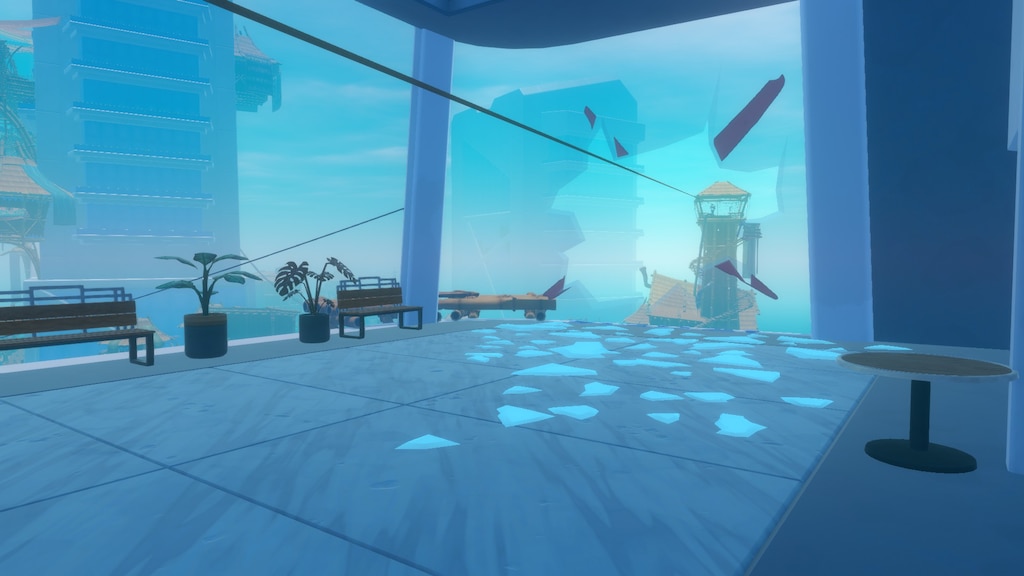 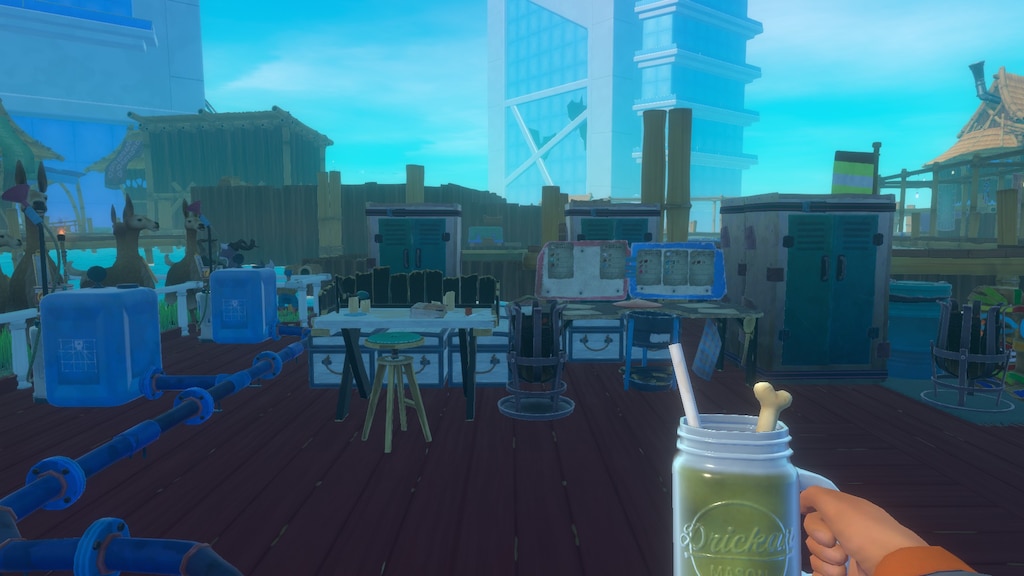 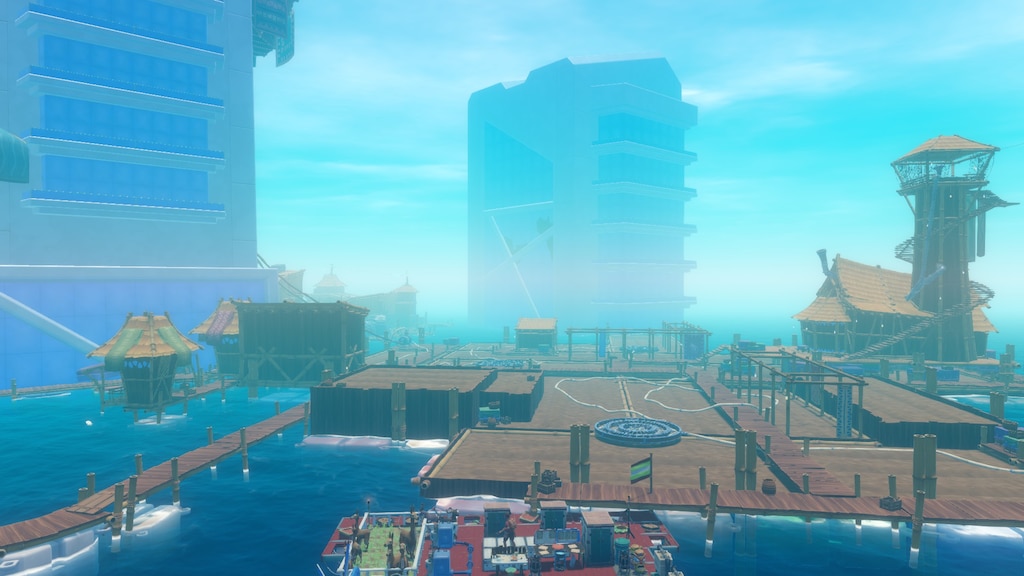 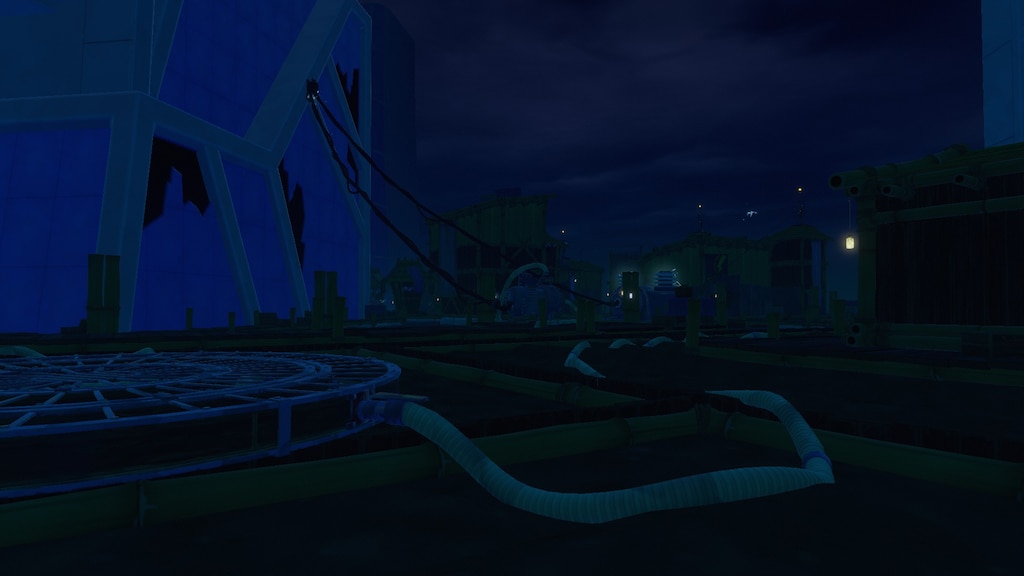 Recommended
24.6 hrs on record
Has a lot of content and is fun to play with friends.

Youuzie
31 products in account
0
Good solo
Is this fun solo?
33 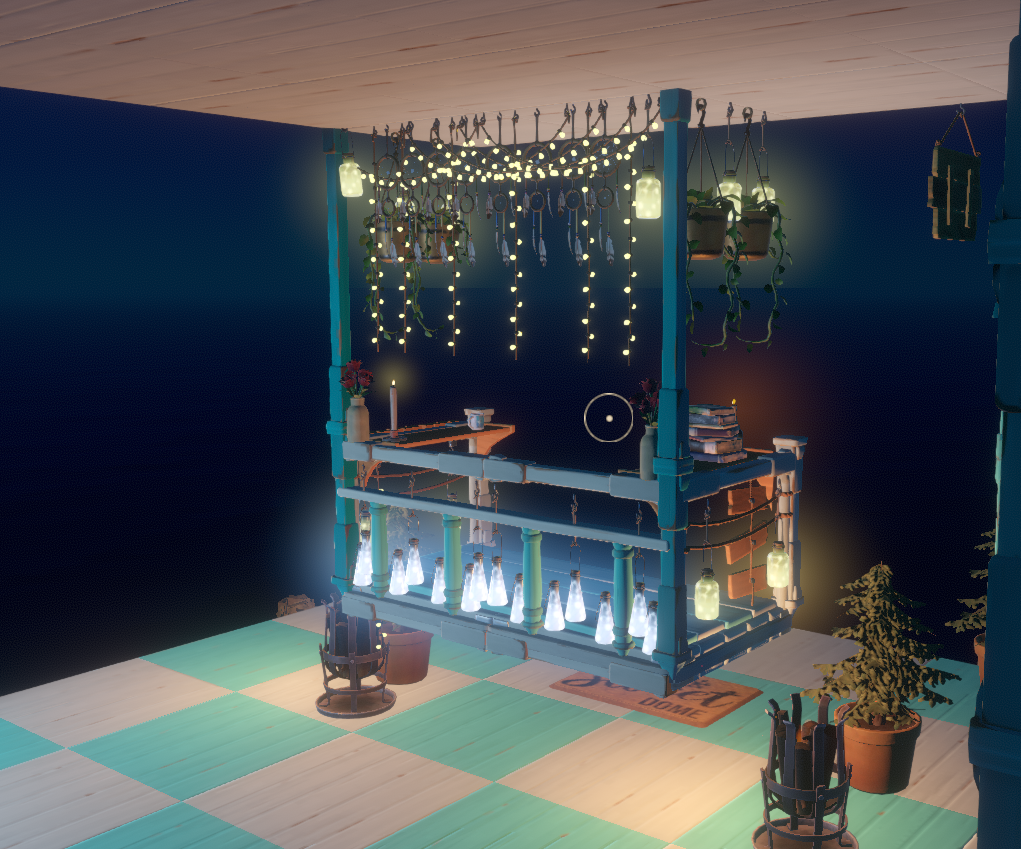 Not Recommended
66.4 hrs on record
I've had my fun with this game playing with my partner, but ultimately I can't recommend it as a ''good game''. This game feels unfinished from beginning to end and most, if not all the gameplay elements found in it are half-baked and wonky. It really is the accumulation of a lot of small things that are meh that makes this game kinda bad:

1. They added mechanics like fighting, platforming and even driving in the game, but those are some of the most unpolished and broken mechanics I've seen in gaming in a long time and yet you are forced to use them to progress in the game. The platforming is especially frustrating near the end of the game.

2. Most of the puzzles you need to solve are tedious instead of clever and they get annoying fast. While it adds artificial longevity to the game, it doesn't add any fun to it.

3. The story/characters in general are so generic you could skip it all of it and not miss much.

4. The fun parts of the game are building the raft, catching animals and upgrading equipment, though to do that you need to grind through a lot of repetitive material gathering and island exploration.

5. There is not a lot of variety when it comes to islands, so once you've found your first couple of big islands, the novelty wears off really fast.

6. The level design in general is not great. You will find yourself walking around in circles a lot searching for what to do and where to go next because the environment gets bigger and more repetitive with each new location you visit, but it often does a bad job of highlighting where you need to go.

7. This all amounts to personal tastes, but I find the game aesthetically unappealing in general. From the extremely low resolution and inconsistent textures, to the sharp and glitchy lighting, to the sheer emptiness of the environments and the ocean, to the character and prop designs, every visual aspect of the game feels low quality and placeholder.

TL;DR This is one of the games I regret buying in early access because it feels like it never left that state and what was served as a ''final'' product was not very satisfying and half-baked at best. There IS fun to be found in that game, especially when playing along with friends, but I can't recommend it on the basis that it is by all means an unpolished, buggy and unfinished product and it seems as if it will stay that way forever...

1. Preheat oven to 425 degrees F (220 degrees C).
2. Combine butter, white sugar, brown sugar, water, cinnamon, and salt in a saucepan over medium heat. Bring to a boil, remove from heat and set aside.
3. Roll out half the pastry to fit a 9-inch pie plate. Place bottom crust in pie plate; pour in apple slices.
4. Roll out top crust into a 10-inch circle. Cut into 8 (1-inch) wide strips with a sharp paring knife or pastry wheel. Weave the pastry strips, one at a time, into a lattice pattern. Fold the ends of the lattice strips under the edge of the bottom crust and crimp to seal.
5. Pour butter-sugar mixture over top of pie, coating the lattice, and allowing any remaining sauce to drizzle through the crust.
6. Bake in the preheated oven for 15 minutes. Reduce heat to 350 degrees F (175 degrees C), and bake until the crust is golden brown, the caramel on the top crust is set, and the apple filling is bubbling, 35 to 40 more minutes. Allow to cool completely before slicing. 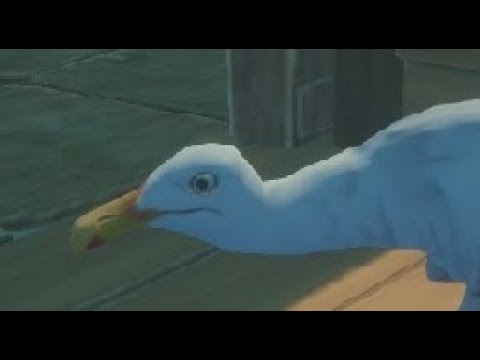 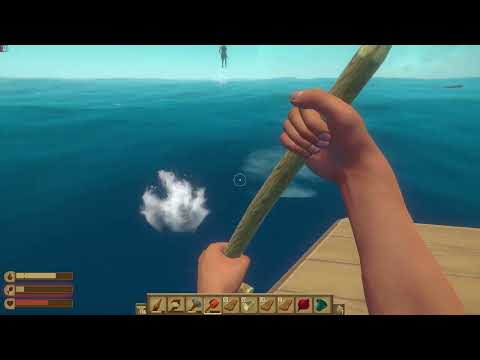 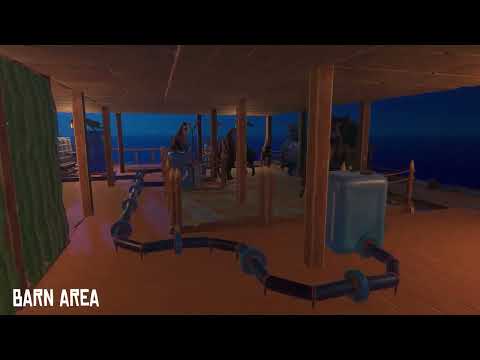 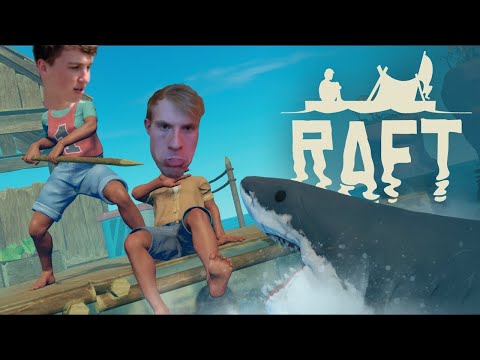 0
0
I Forced My Friend To Play Raft

HOW TO SEX RAFT SHARK!!!! (VERIFIED)
SIMPLE GUIDE ON HOW SEX ON SHARK!
55 ratings

the cock
View all guides
Artwork 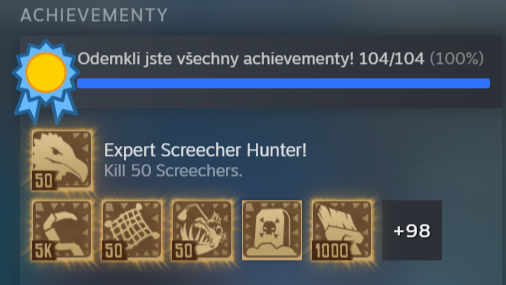 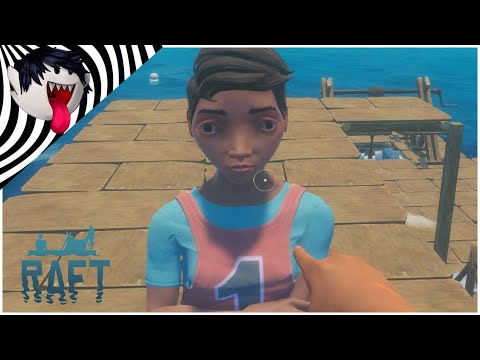