Idle Champions of the Forgotten Realms

Idle Champions of the Forgotten Realms is a Dungeons & Dragons strategy video game that brings together D&D characters from novels, adventures, and multiple live streams into a single grand adventure.
Visit the Store Page
Most popular community and official content for the past week.  (?)
Freely's Adventurous Weekend
Jul 31 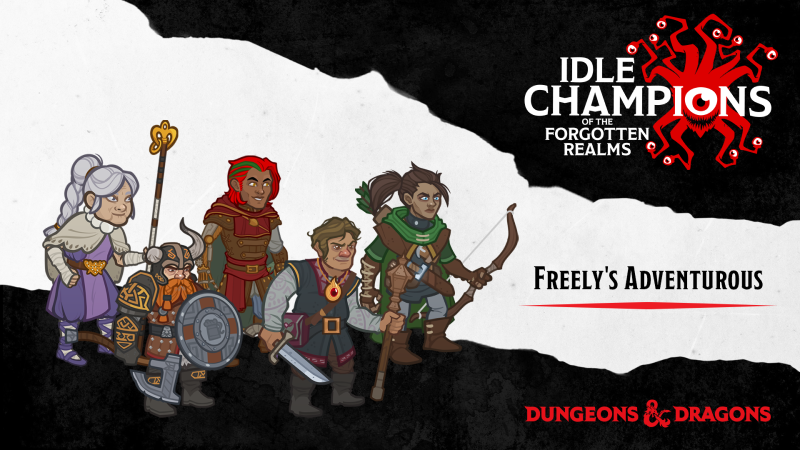 Idle Champions of the Forgotten Realms
23
0
Ishi & Jim's timegate grayed out.
Anyone knows whats going on there?
11 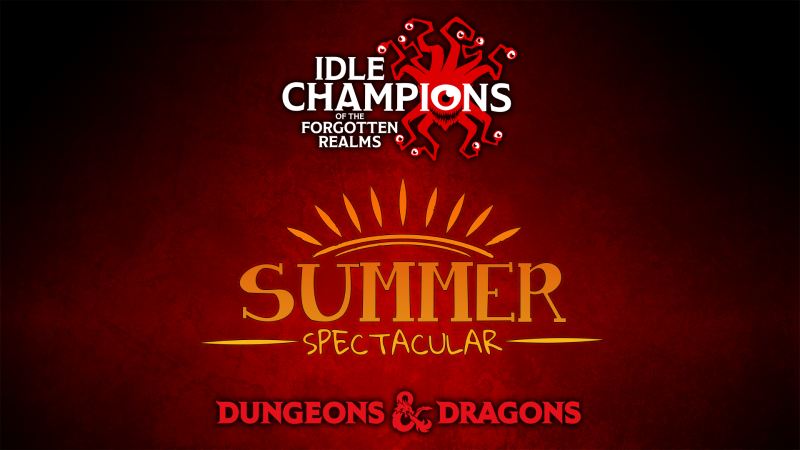 New Features, Content Update, and Daily Rewards, oh my! It's time for our Summer Spectacular!
We're celebrating the launch of Multi-Party Mode and Beta of Modron Automation with a week-long celebration & rewards!

More info in-game & on our blog[www.codenameentertainment.com]. 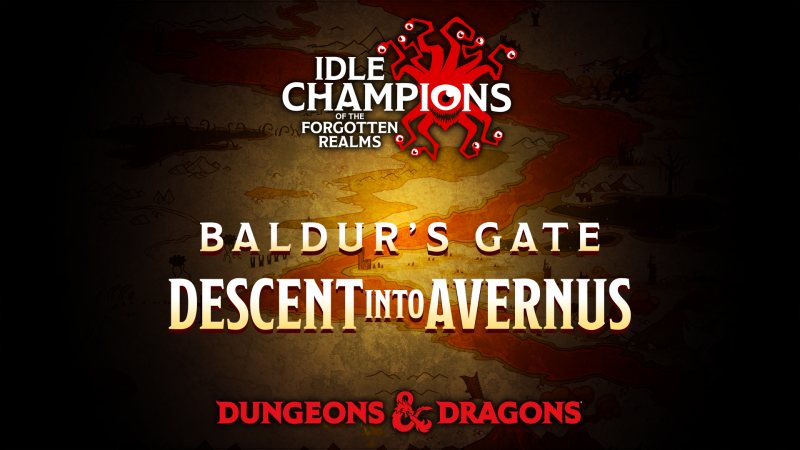 Traveling the wastelands of Avernus is never a simple or smooth journey...
Our latest content update includes new adventures and variants for our Baldur's Gate Descent into Avernus campaign. More info in-game & on our blog[www.codenameentertainment.com].

Chugsworth's Formations
A collection of my various formations for each of the Campaigns and each Event, updated as each is revisited.
334 ratings

Chest Codes [Updated 27/06/2020]
Here i going to put all the codes the community known for get free chests. Check the comment section too, you will like it (Y) And thanks to all the people who rated 5 stars, favorites and/or give an award to this guide.
368 ratings

Recommended
159.1 hrs on record
If you haven’t played Crusaders of the Lost Idols, get prepared for the deepest clicker ever.

This is a game that gives a lot back to the player without taking too much in return, and if you enjoy idle games, you ought to give Idle Champions a shot.

Bestiary: Monster types and level appearances
A guide showing the levels of each quest as well as the monsters and bosses that appear within and their creature type. Mainly for making the best use of Zorbu and Minsc's Specialization abilities or should creature type become a bigger issue later on. I w...
177 ratings 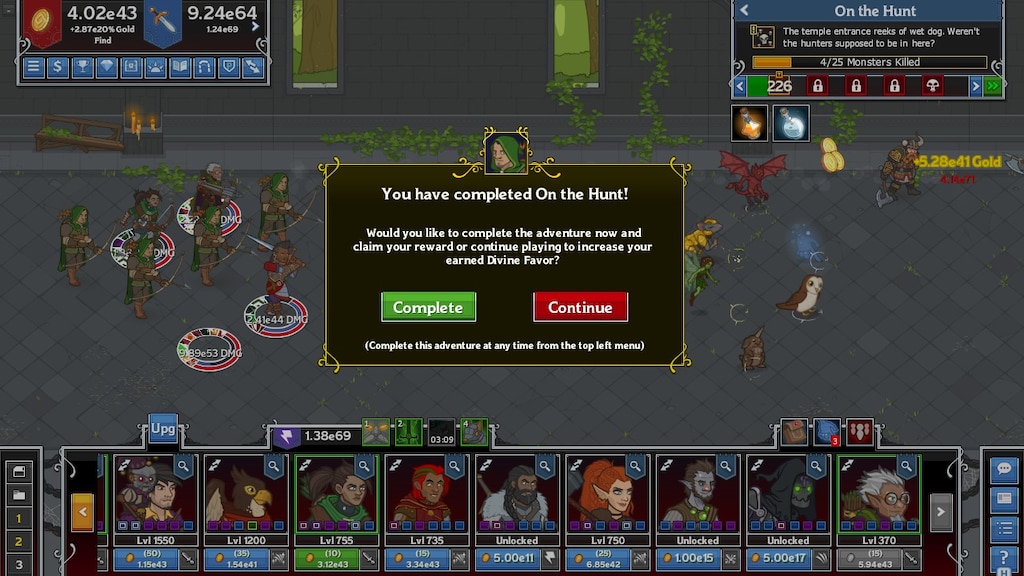 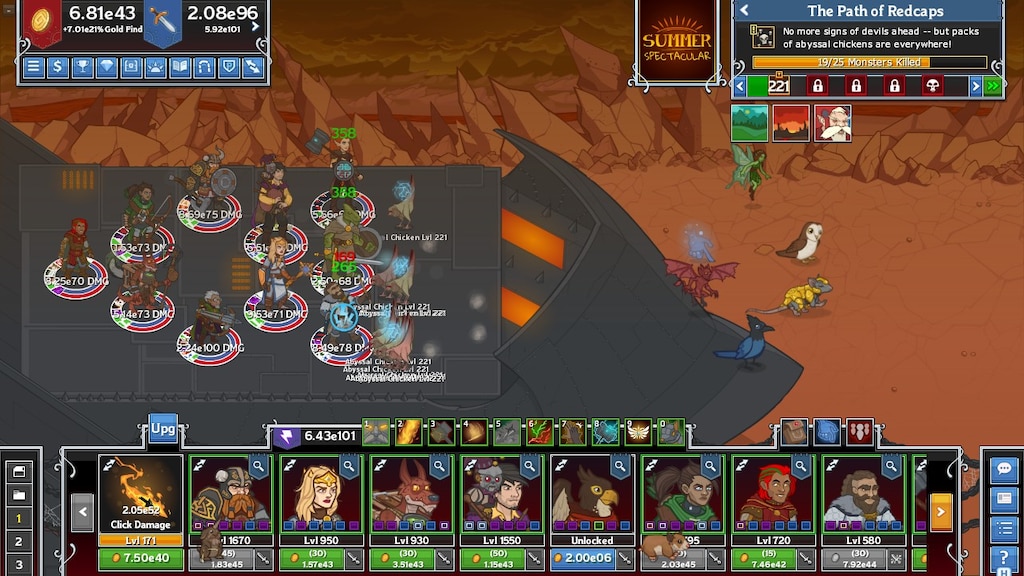 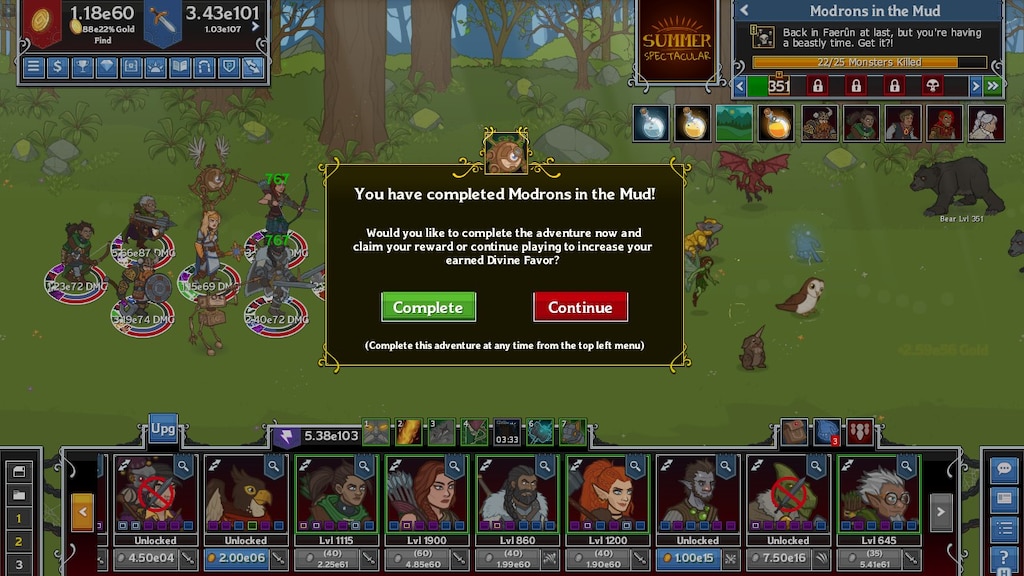 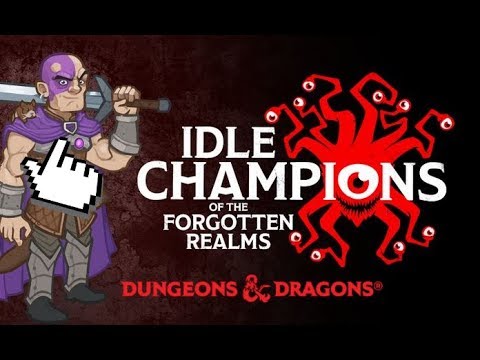 Jagarnot
View artwork
Shiny & Feats
Anyone been keeping track on how many chests you need on avarage to get either of both? I've been doing it for a while now (felth the numbers were off) but I got no useful data of my own for comparison (too low number of drops) Curious to see other people's numbers tho....
14

Coo Coo Pigeon
5 hours ago
General Discussions
Are Time Gate heroes generally better?
I am still pretty new. Recently cracked 1,000 hours. I have some extra heroes on my slots but mostly im using my "basic"heroes and their item levels are quite high from all the loot ive opened. Nova is in sad state because she is missing two pieces of gear but oh well. But that got me thinking as i progress i keep upgrading those foundation heroes and how are the new ones i add going to catch up when they barely get upgrades? Are the time gate heroes inherently better?...
28 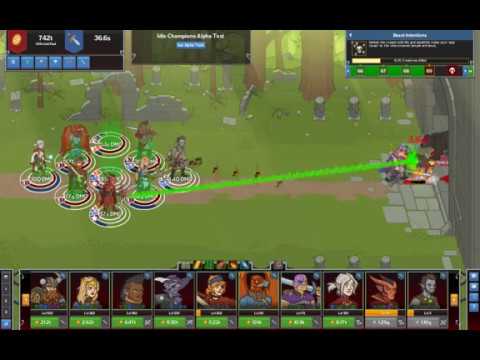 0
2
Idle Champions of the Forgotten Realms 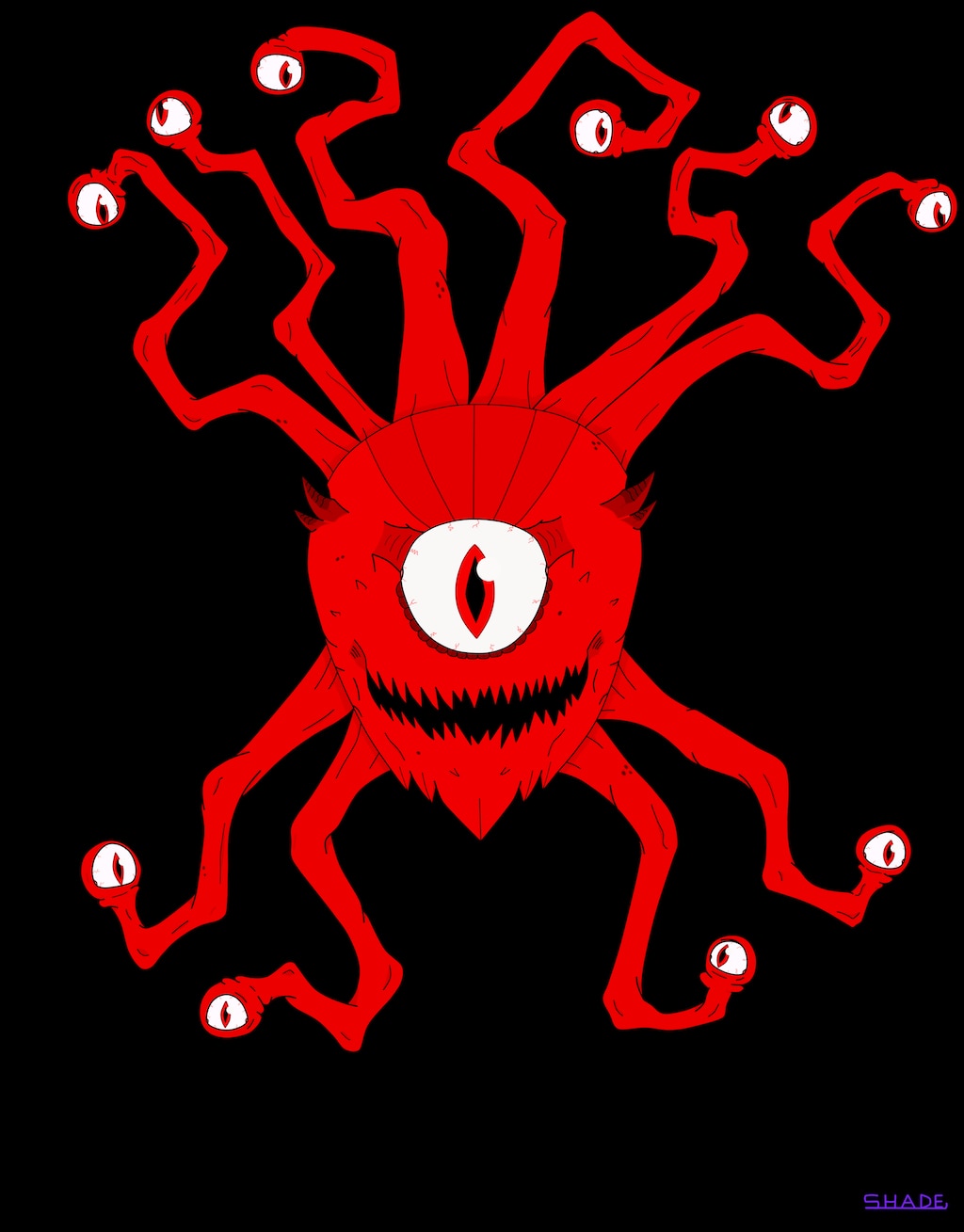 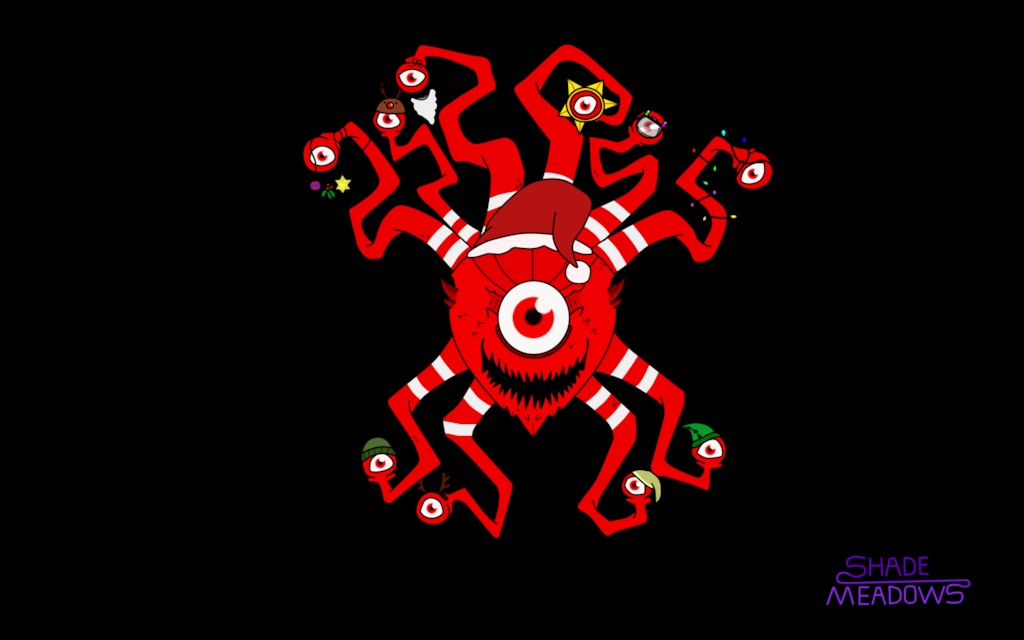 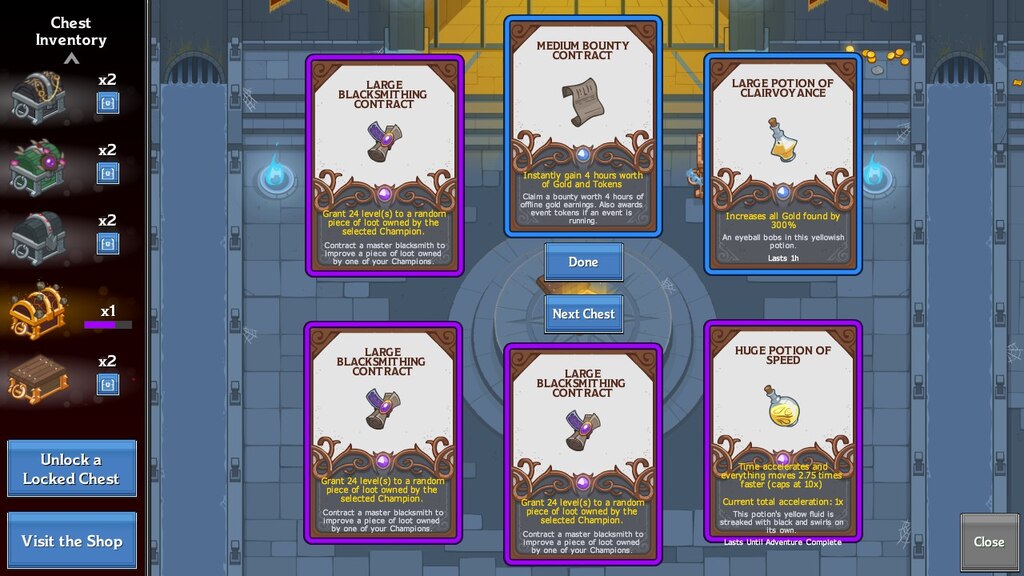 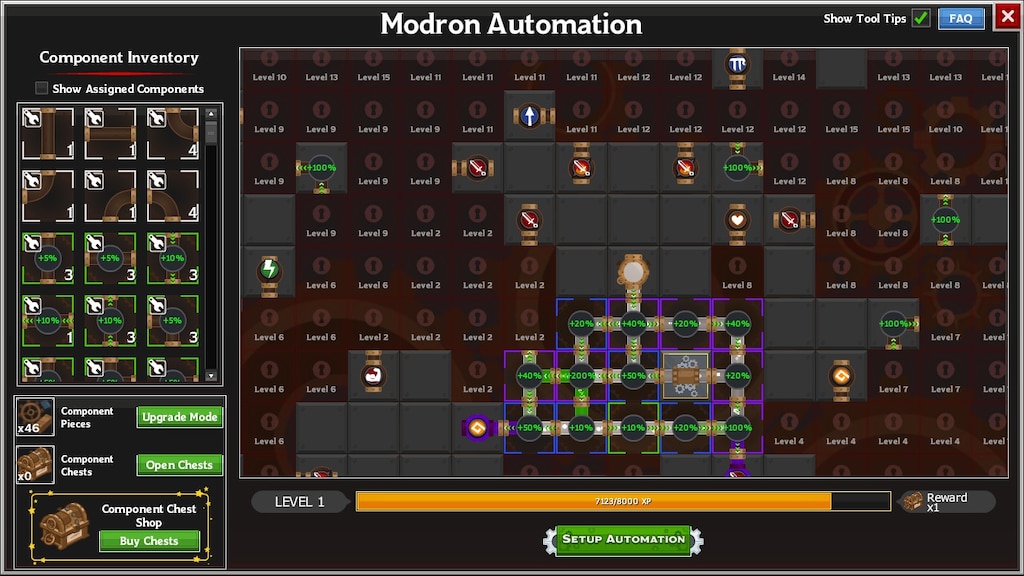 Not Recommended
1,794.4 hrs on record
Sadly I have to write a negative review for this game.

I recently realized that Idle Champions has actually *two* paywalls.

So when you get into the game, you spent some time, completing adventures, gear some champions, you get some favor, for collecting gold, you push the limits and it’s very rewarding.

Then you sadly get to the point, where you can‘t level up your champions any more and favor don‘t doesn’t help you to progress.

So it’s only about gear quality and gear level.
You can find gear with certain qualities in the game, like it is in every other game:
common (white), uncommon (green), rare (blue) and epic (purple).
Every rarity has a certain base value of a certain bonus.
When you get some duplicate equipment, the gear level of the item increases. The higher the quality of the item, the higher the bonus per level.
Items can be upgraded to shiny, so you have then shiny-common gear, shiny-uncommon gear etc. which gives a 50% bonus on the quality-bonus and level-bonus.
To better these items - and here is the first problem - you von buy a golden-epic item, which is the same as shiny, only with a 100% bonus on the gear.
So you get a better item for only money and the more you progress in the game and with the loot-Levels the items get even better compared to the ones you can get by only playing and not buying.

Every month there is a event, where you can get a lot of favor and a new hero - an event champion.
Basically the event champions are better then the original ones, but it’s very cool to have such a great amount of heroes. It leaves you with a lot of possibilities to plan your formation and basically I like that a lot.
But, as I said, item-levels are important, you get gear from chests, chests drop from bosses.

And here is the second paywall:
Chests, dropped by bosses, only contain gear for non-event-champions.
This is so sad.

Not Recommended
265.3 hrs on record
Just on the fact they expect you to leave this game on constantly auto farming content , would earn a thumbs down from me. Its unrealistic to expect anyone to ever do this.
I encountered some very frustrating variant conditions as well, which made 100%ing the midsummer event a real pain in the butt. These conditions ignored the core design of the game and made it all very frustrating and annoying to deal with. Such as spawning enemies that were unkillable by the team except 1 member, which made actually idling the mission near impossible.

I play a lot of phone games and I have to say there are much better idle games on the phone. They do not require you to have the game running 24/7 to complete time limited events. They auto farm while the game is closed. Currently the game has a auto-farming module in beta , but it is not in the base game and new players are not allowed to access this feature.

Gearing your characters is unusual and inorganic to the game's design. Every piece of equipment is locked behind paid loot crates, which can also be bought with in game currency. They also do giveaways constantly for free loot crates, but the fact progressing your character's gear is behind this mechanic is really unfortunate. Idle games on the phone allow you to constantly gear, and upgrade the gear of your characters and you get this gear from just basic combat. This game rewards you a loot crate every 50 or so levels, but it is very few and far between, and the way the equipment system is, it is all limited items and duplicates and very unfitting to the genre and IP the game is based on.

While playing this game I wished for a better game, similar to the idle games on phone but with this IP. Something with better graphics, combat that was exciting to watch the outcome and see your characters progress deeper levels of a campaign. Right now I can play those kinds of games already on my phone. I recommend you do this right now instead of playing this game. A very popular one would be AFK arena.


In addition: I also want to say grinding for premium unlocks is not viable either. Having idled this game for hundreds of hours, I still have not unlocked my second companion which auto-clicks various skills/ hot bars/ or the active game field. It is necessary for any auto-farming to have multiple of these. The third and forth free companion would I assume require over a thousand hours of grinding to unlock, not exaggerating. So the free to play players have to grind thousand+ hours, for what someone can unlock immediately with their credit card. Free idle games on your phone are much more generous and forgiving to free players. 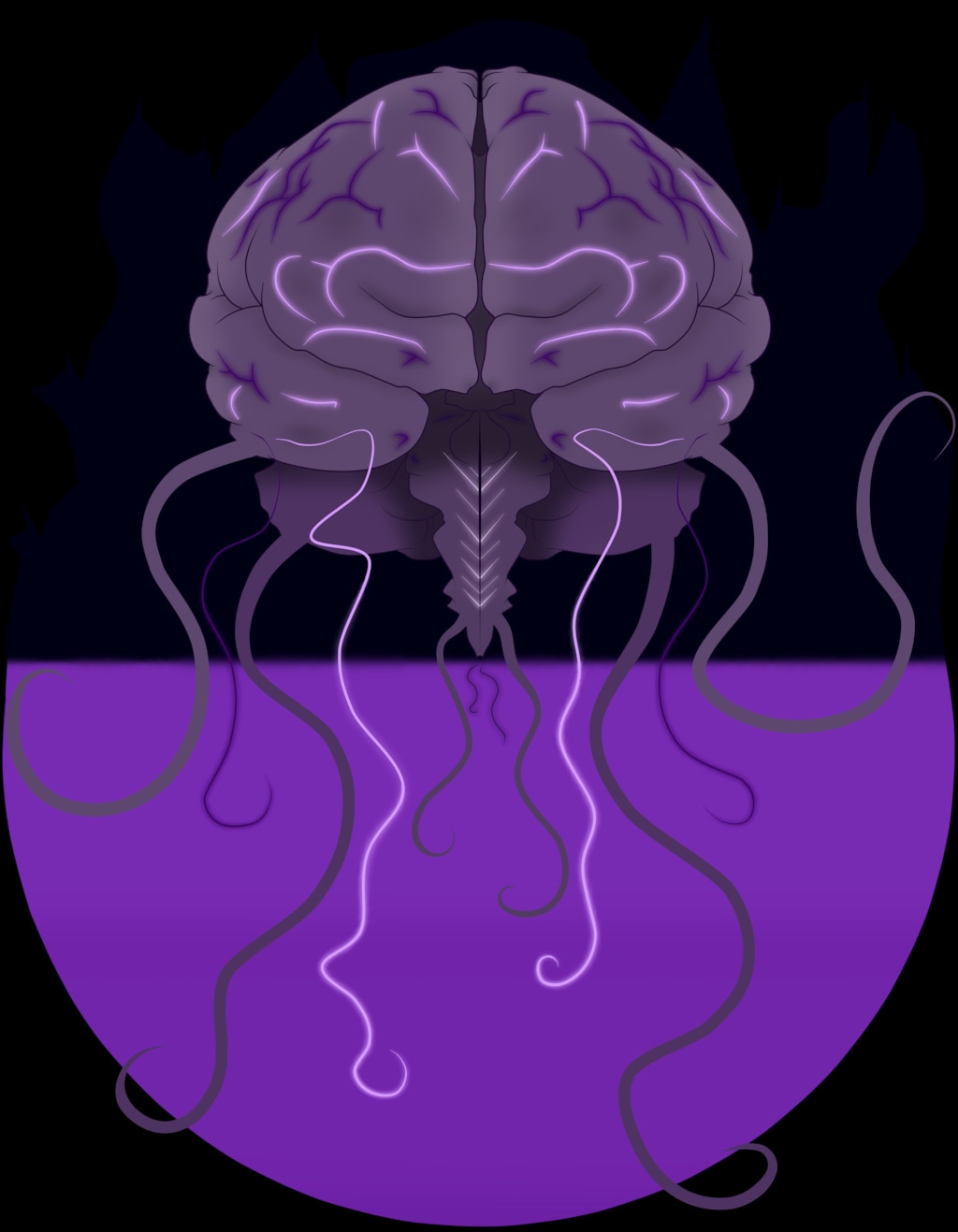 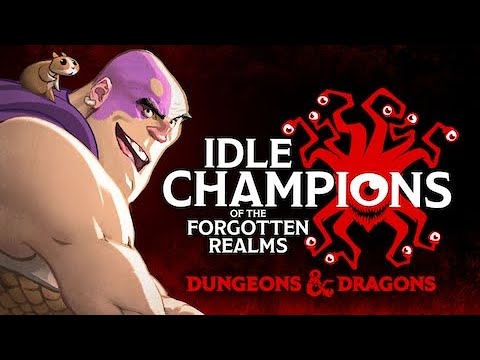 0
1
Idle Champions of the Forgotten Realms 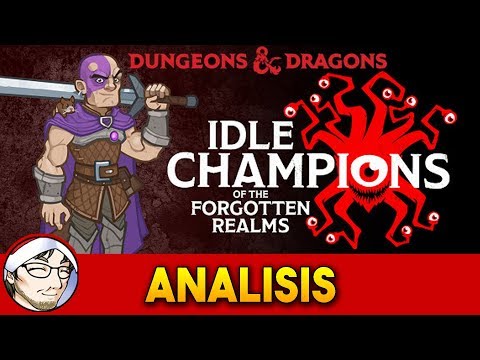 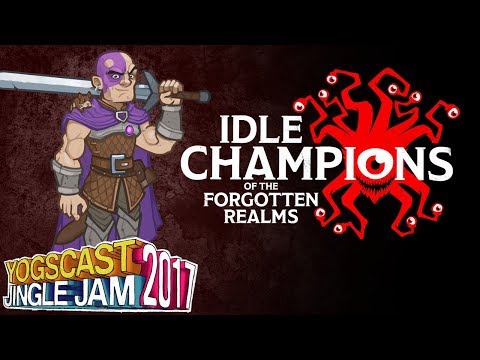 Optimized Modron Automated Gem Farming
A guide to help you get the most gems as fast as possible.

All hail lelouch
View all guides
The Hellmobile is awesome!
I love it. Well done new addition to the areas, and a pleasant change of pace.
31

Gnome d'War
22 hours ago
General Discussions
Modron Feature
So I am trying this tonight. But I don't fully get what I am doing. so firstly i had to get off the patron thing, so I did. and then you get to the "split party" which is impossible to me. So basically, am I doing something towards getting that be not impossible by just playing with one party? As my imagination led to the fact that you would get two parties straight off with added stuff onto it as you play with them....
33