Stars End is a multiplayer sci-fi survival game set hundreds of years in the future in a star system colonized by humans. Come and join us for crafting, construction, missions and PvP on the wild frontier...
$24.99
Visit the Store Page
Most popular community and official content for the past week.  (?)
Update 77 – Improvements and Translation
5:37pm
Hey Everyone,

We are back with another update which brings a lot fixes and improvements. From being able to claim vehicles anywhere in the game world, to reworked spaceship landing sequence resolving to a lot of bug fixes and getting rid of last issues including moving or splitting items.

Special attention has also been given to translation, since we have so many non-English speaking players join our community.

You can expect one more large update this weekend fixing dozens of remaining outstanding issues, and with that out of the way we plan to fully focus on offline multiplayer for next week for our 80th milestone update. Once that`s done we`ll focus on quality-of-life improvements, better graphics, new equipment and vehicles, and a lot of new content for mid to late game. All of this is coming our way over the next couple of weeks.

Thanks so much for everyone`s support - we are truly blessed to have such an amazing community. Can`t wait to get through the next few days of fixes and improvements and start dropping some new content and new features.

Please make sure to restart Steam to download the latest update. And once you launch the client you will see version 0.77 in the main menu bottom left corner

Now lets take a look at what Update 0.77 has in store:

Stars End
6
0
Price increased, wait for sale
So you can get it at the original price *big brain thinking* What a ride.. I went back and forth trying to decide if I would buy this. I ignored the nagging feeling about the janky animations and graphics from the most recent videos online. I ignored people's complaints, still happening to this very day, about being stuck in the terrain or losing their ships and needing GM assistance. I even managed to ignore the sparse population and a single-player mode that demands being online. What I cannot ignore...
7

We have another solid update today that resolves vast variety of issues. One of the most important parts of this update is server stability – we expect a lot less server restarts or downtime. This in turn fixes around 20 issues that would occur on server restarting or going offline.

In addition, we fixed a lot of issues with the online singleplayer server – such as finding or missing campfires or workstations. A lot of work also went into overall stability and various balancing issues.

You can expect one more large update by Wednesday or Thursday fixing dozens of remaining outstanding issues, and with that out of the way we plan to release offline multiplayer towards the end of this week.

Thanks so much for everyone`s support - we are truly blessed to have such an amazing community. Can`t wait to get through the next few days of fixes and improvements and start dropping some new content and new features.


Please make sure to restart Steam to download the latest update. And once you launch the client you will see version 0.76 in the main menu bottom left corner

Now, lets take a look at what out update 0.76 has in store, Patch notes are a bit short today, as majority of work went for the back-end of the server and the game engine.

Today`s milestone update brings first major new feature - addition of online singleplayer. Online singleplayer mode allows you to explore the game world on you own without other players. However, the online features are there to help you. Such as - your progress is stored online, allowing you to play from any computer. You can access in-game chat to ask other players or Moderator questions. Moderators are also available to help you if you encounter some rare bug or a problem.

Thanks so much for everyone`s support - we are truly blessed to have such an amazing community. Meanwhile we are two updates away from getting foundation of the game fully polished, then we can finally add offline singleplayer and game hosting without mySQL. Once that`s done we`ll focus on quality of life improvements, better graphics, new equipment and vehicles, and a lot of new content for mid to late game. All of this is coming our way over the next couple of weeks.

The REAL Beginners Guide
An enhancement to the in-game starter guide to at least get your base started. 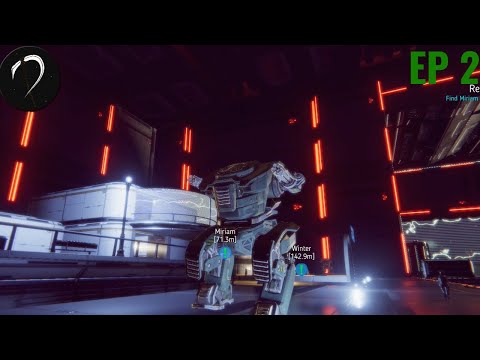 Recommended
37.6 hrs on record
I highly recommend this game for anyone into space survival MMORPGs. I will say this game has potential and needs alot of work, it is still in the early stages of development with only a team of a few members which is not many. They are looking for devs of any background to help build this amazing game out further and it is in open development. The game is quite amazing for what it is with so much to explore and do. I see my self and my friends playing this for the foreseeable future. I recommend you give the game a chance. you wont regret doing so. I take the gameplay at face value, and for the length of time it has been worked on I think its great. obviously the graphics and other things need overhauls but im sure they will get to it. right now the most important thing is gameplay and it has that down really well. I love this game and their team and i hope to see it succeed. 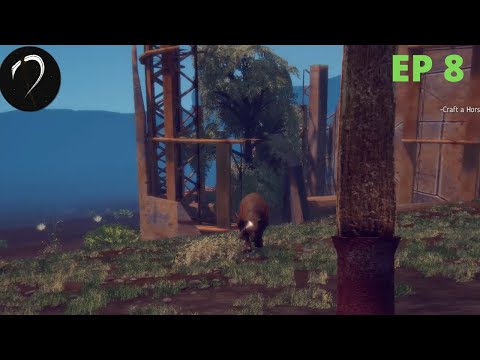 Not Recommended
14.0 hrs on record
Product received for free
Stars End at first looked to be a game with tons of promise of fun and adventure, sadly I soon discovered it is really an extremely early access game <even tho not labeled as such> and full of bugs and glitches. I would get frozen in place from simply stepping out of a vehicle! Everytime I tried to lay down a sleeping bag it stayed red and gave a warning about not being able to lay a a claim, umm just trying to nap! Instructions say place it anywhere and sleep! Controls for driving vehicles are clumsy, finding where your crew's claim is placed is tedious because ALL claims look the same <even your own> and you have to slowly scan each one to find the right one. Rules change and without warning whole personal bases are deleted because they break the NEW rules. And one GM has the patience of a rabid monkey on cocaine and if they think anyone isnt bowing correctly to them they curse them out in game chat. There is more, but I am tired of typing.

Recommended
2.1 hrs on record
It's time to colonize Mars. 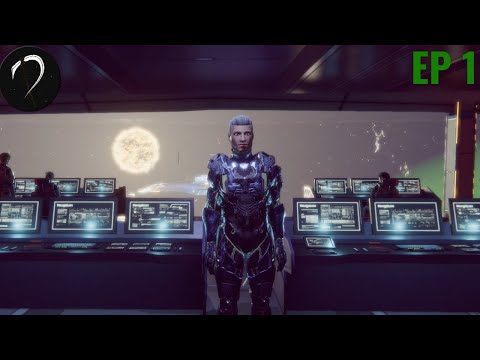 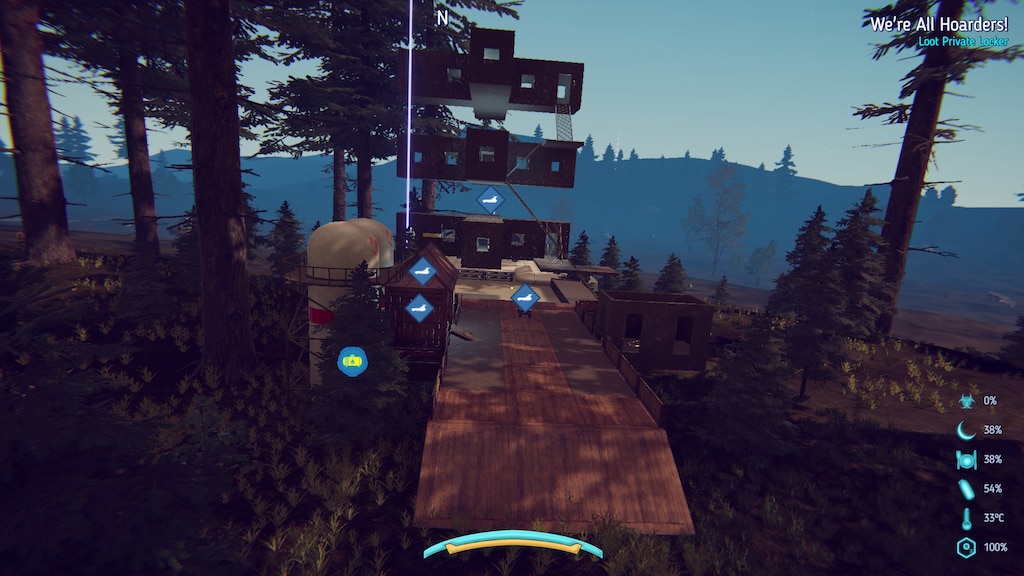 Workarounds & Exploits
Stars End is currently under development, so it's full of bugs and design oversights that take some figuring out. I've listed some of the (currently unfixed) problems and ways to work around them here, in an effort to encourage players to not give up (and... 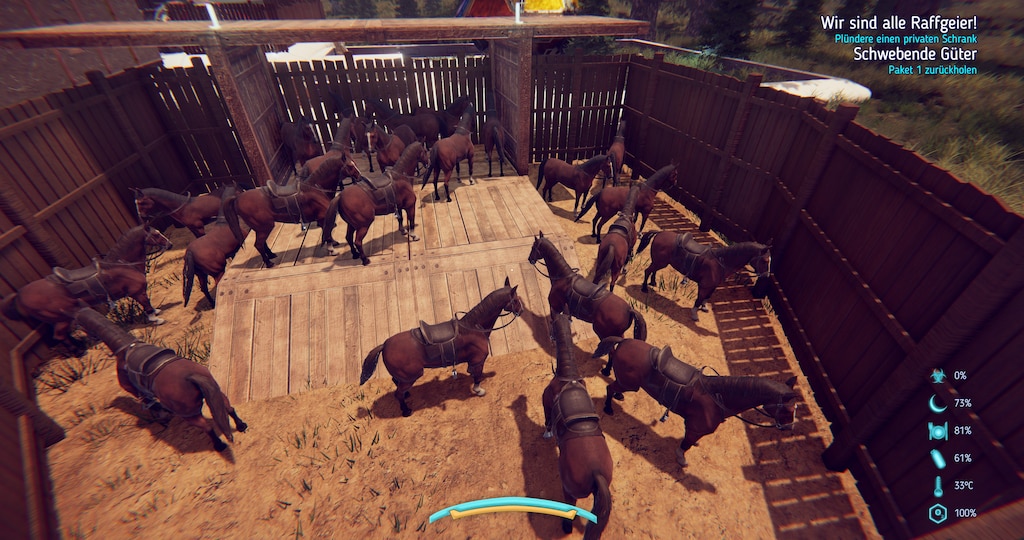 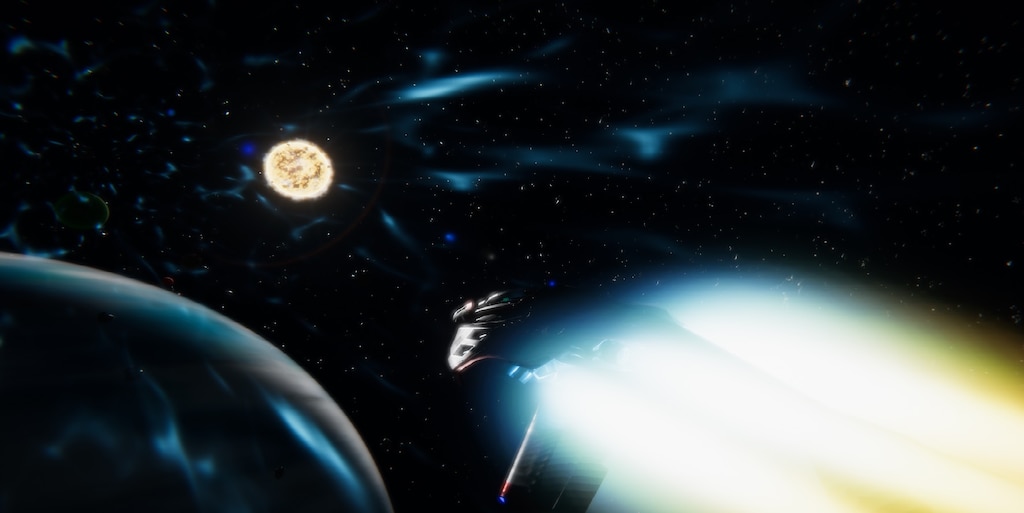 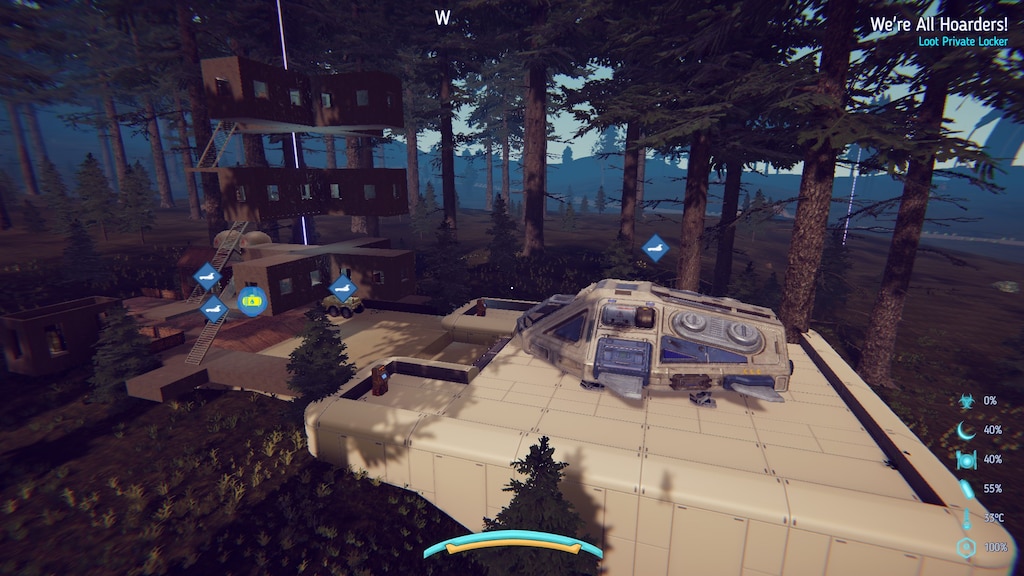 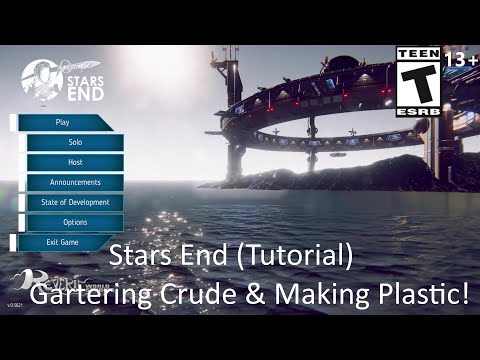 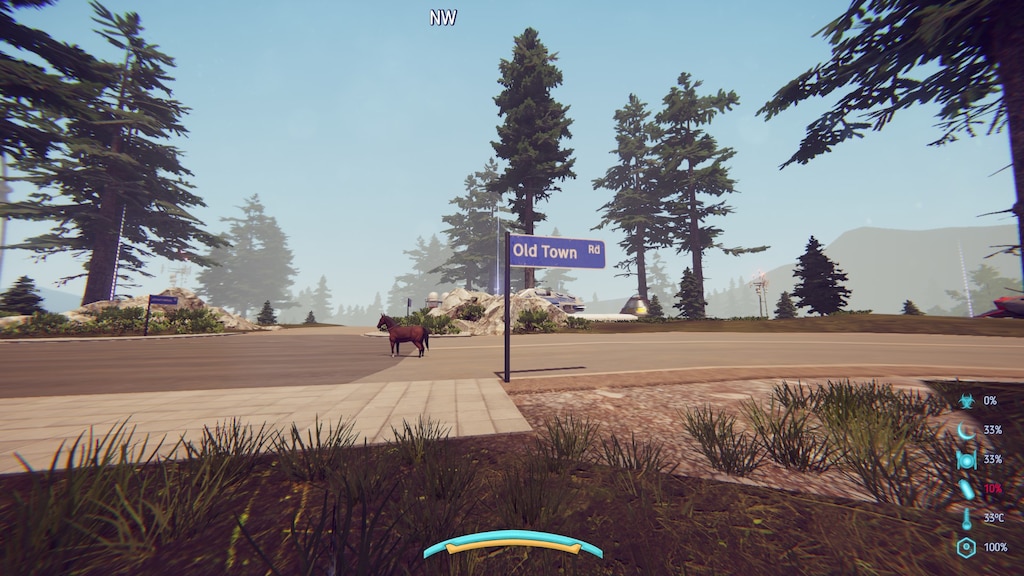 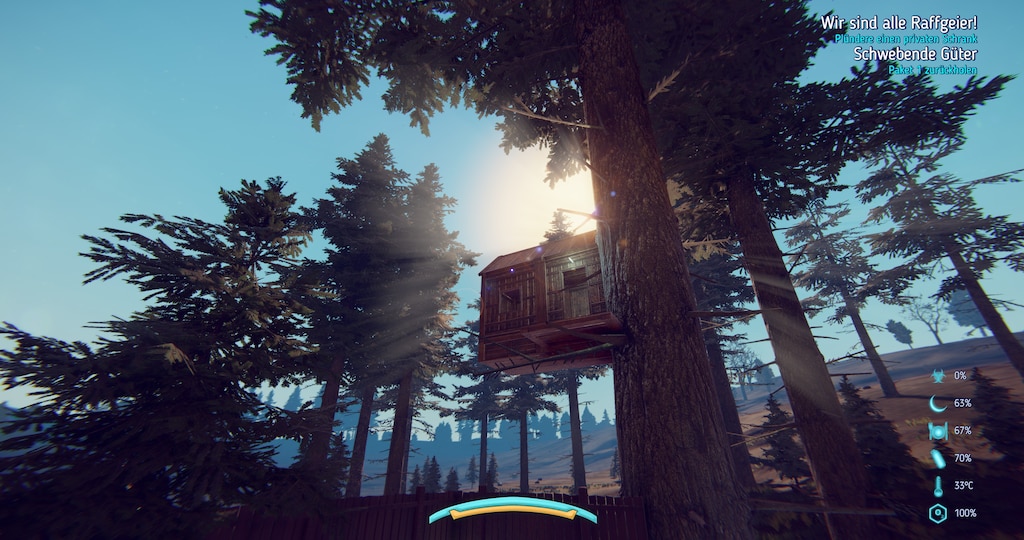 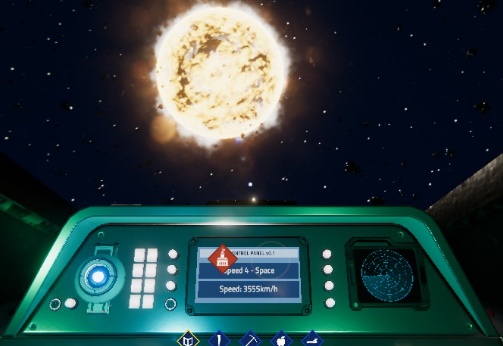 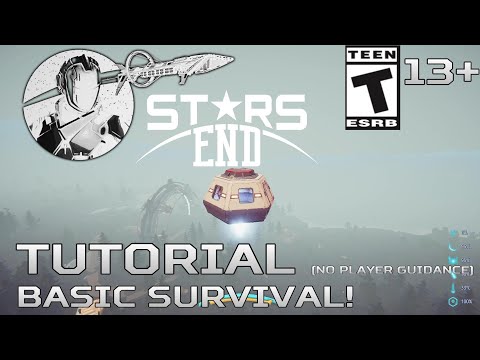 2005Guyver02
View videos
Offline Singleplayer
Hello, I purchased this game so that I'd be able to play it offline. I've been reading everyday since purchase about the different issues that are happening and the fixes being put in place with patches to make this game optimal for all those who have bought it. I understand that currently the most important issues to address are those that are game breaking and I decided to purchase even though the single player offline was not live yet due to the contact the developers are making with the public, the ...
8

Zubuzirovka
10 hours ago
General Discussions
Did Single player solo server crash?
I was playing and then got booted right after I claimed a ship and still an hour later unable to get back into game.
11

Kelban
10 hours ago
General Discussions
Questions about servers and game modes.
Hi, friend and i are considering this game, but i'm not sure how it works. Are there persistent (PVE) servers run by the company? You pick one and join? Do you have to / can you rent a server for just you and your friends to play on? Can one person start a game and simply invite someone to join them? If so, can you play without them if you're the host without screwing things up?...
9 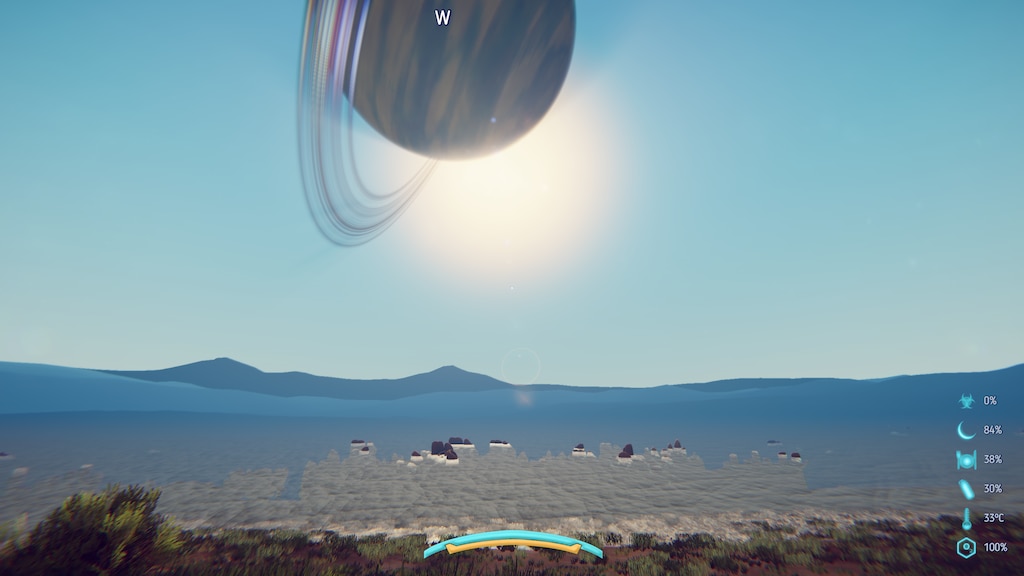