Majahet
View all guides
How Difficult?
How difficult is this game? I'm garbage at racing games and I kinda just want something chill to play while I listen to music so given that this doesn't have any difficulty settings, how hard is it? I presume it gets significantly harder at it goes.
8 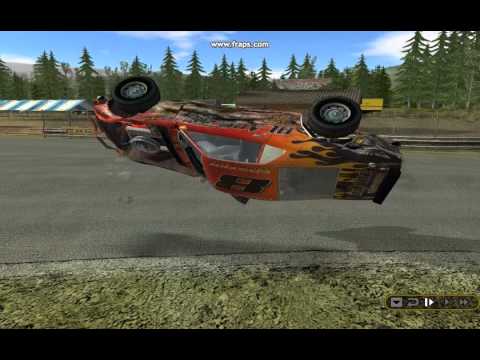 Extragamer
View videos
a GLITCH
Recently a glitch happened to me where my class B car has 284bhp power. Can I repair it somehow, or is that normal
5 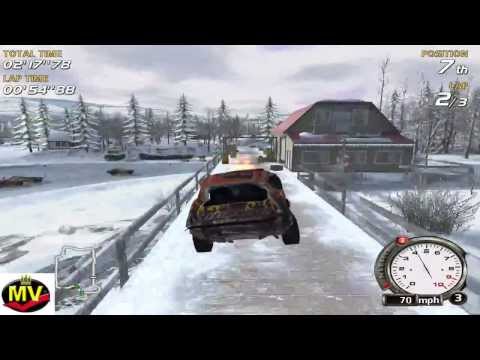 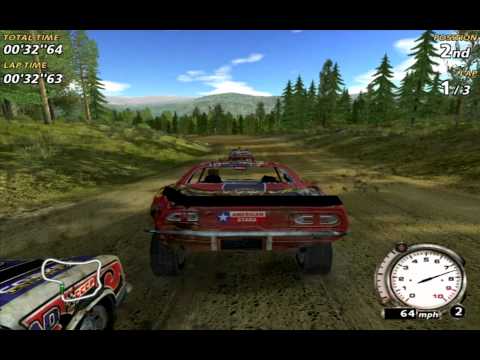 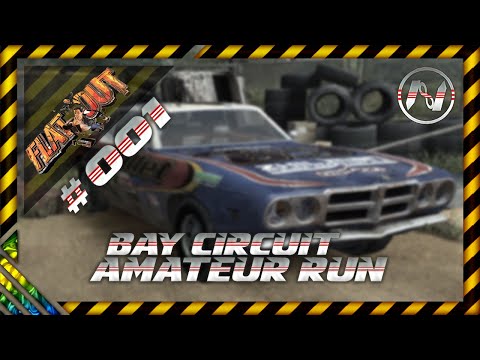 Nosdrähcir
View videos
Click play, nothing happens. (Win7)
So when I try to start this game, steam says it's running and nothing opens. No pop up asking what resolution and setting I want like in Flatout 2, doesn't load directly into the game. Even task manager says there's nothing there. But according to steam it's running and clicking stop does nothing. My in game time racks up and I can't get into the game. Went to the install folder and just click the application, says failed to find steam. Uninstalled, reinstalled, all the same issues. https://www.gog....
2 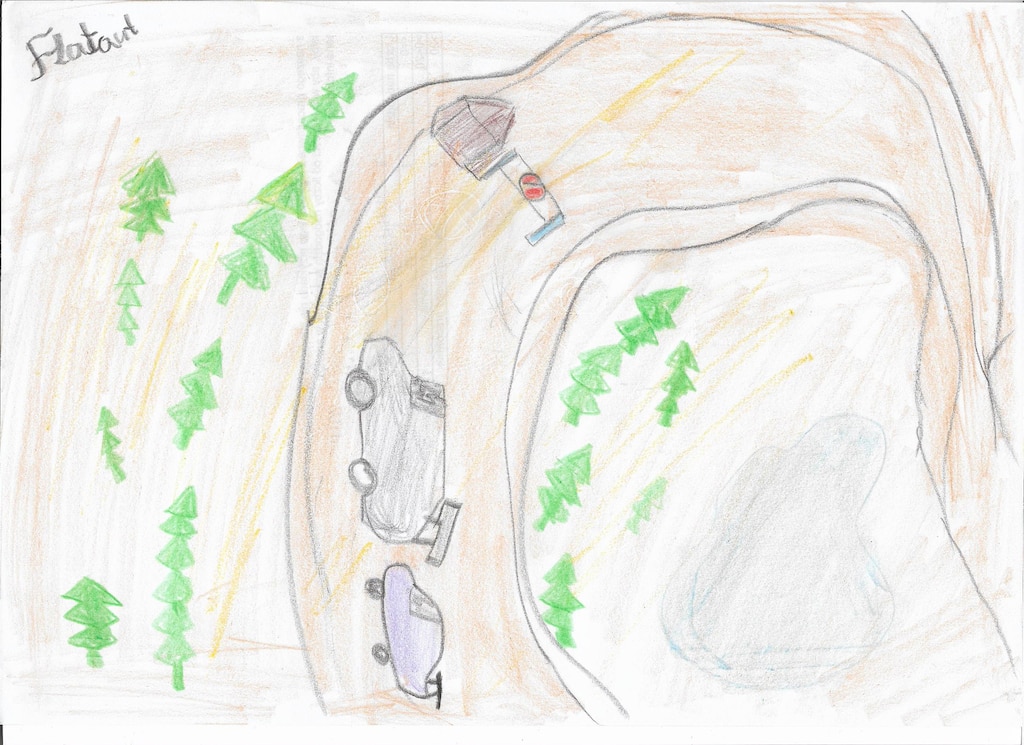 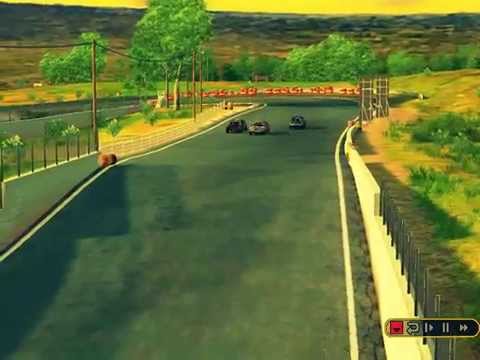 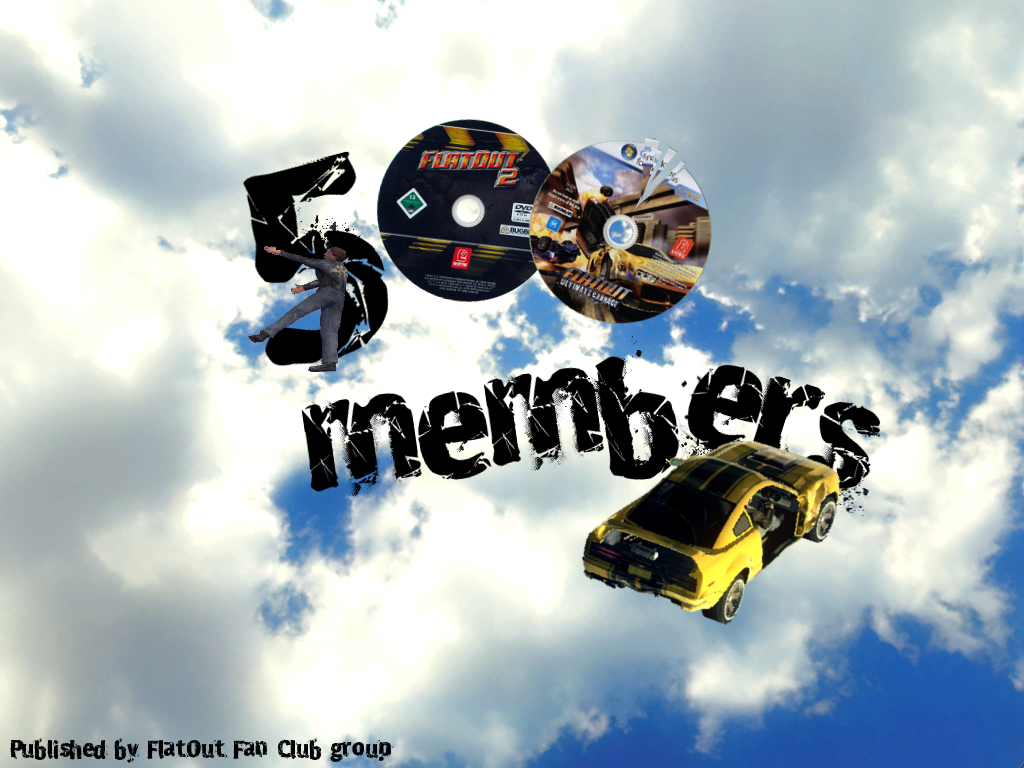 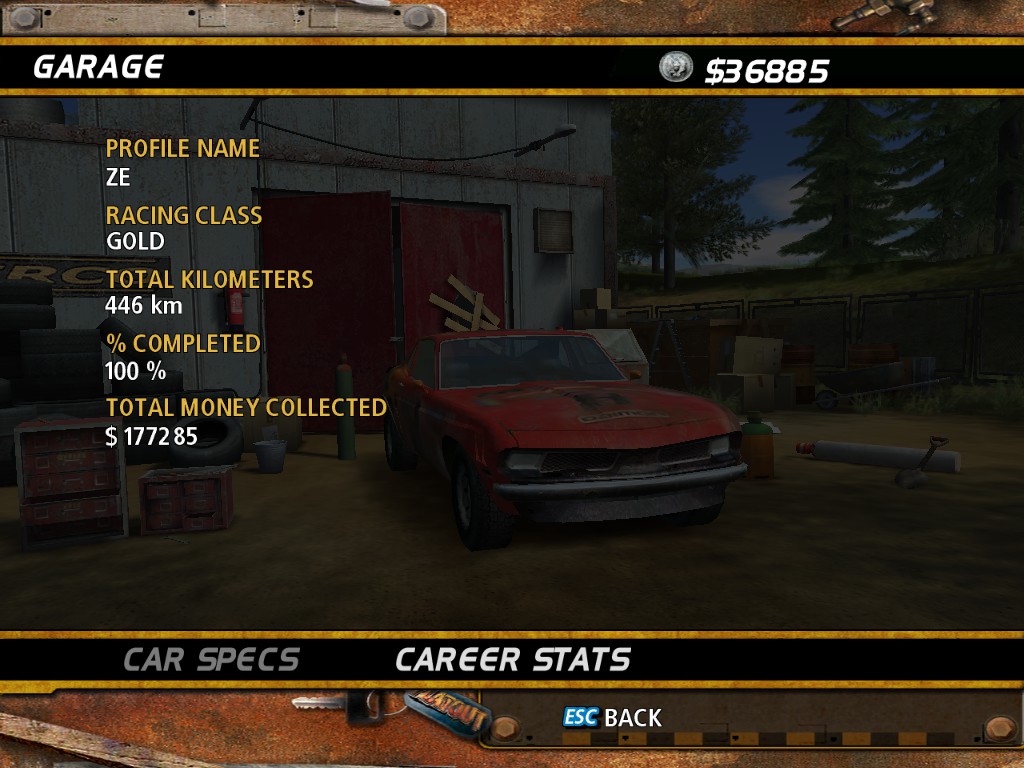 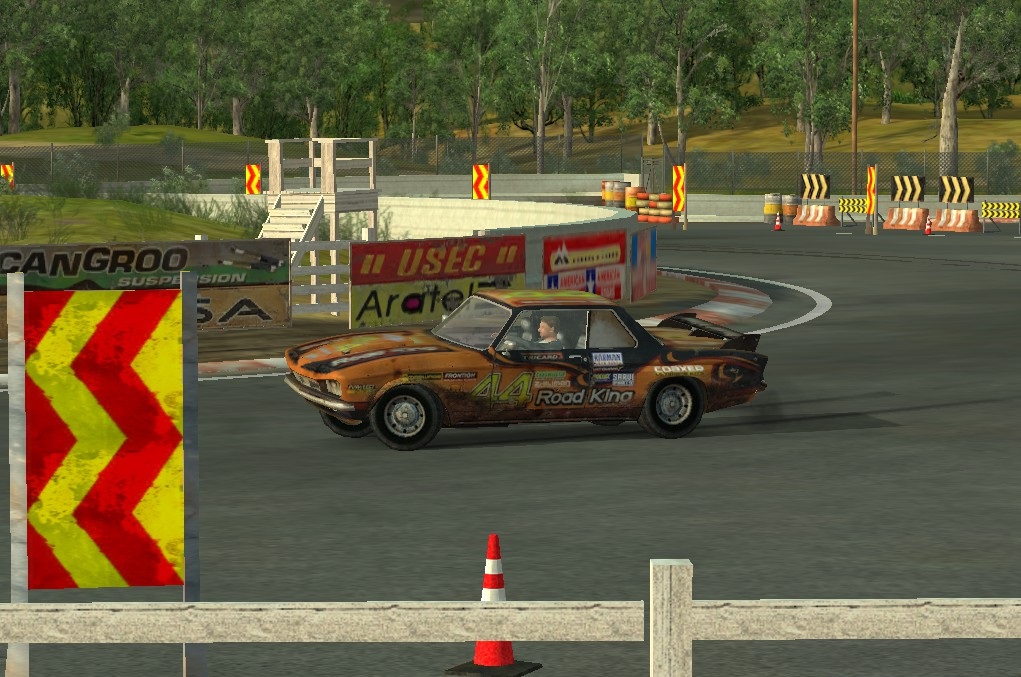 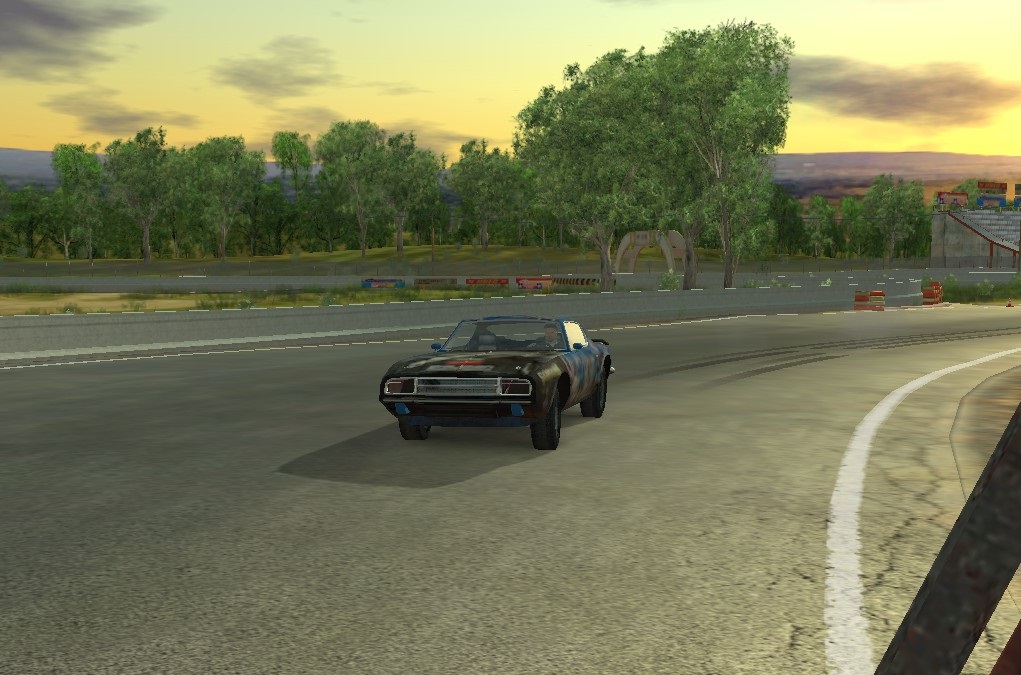 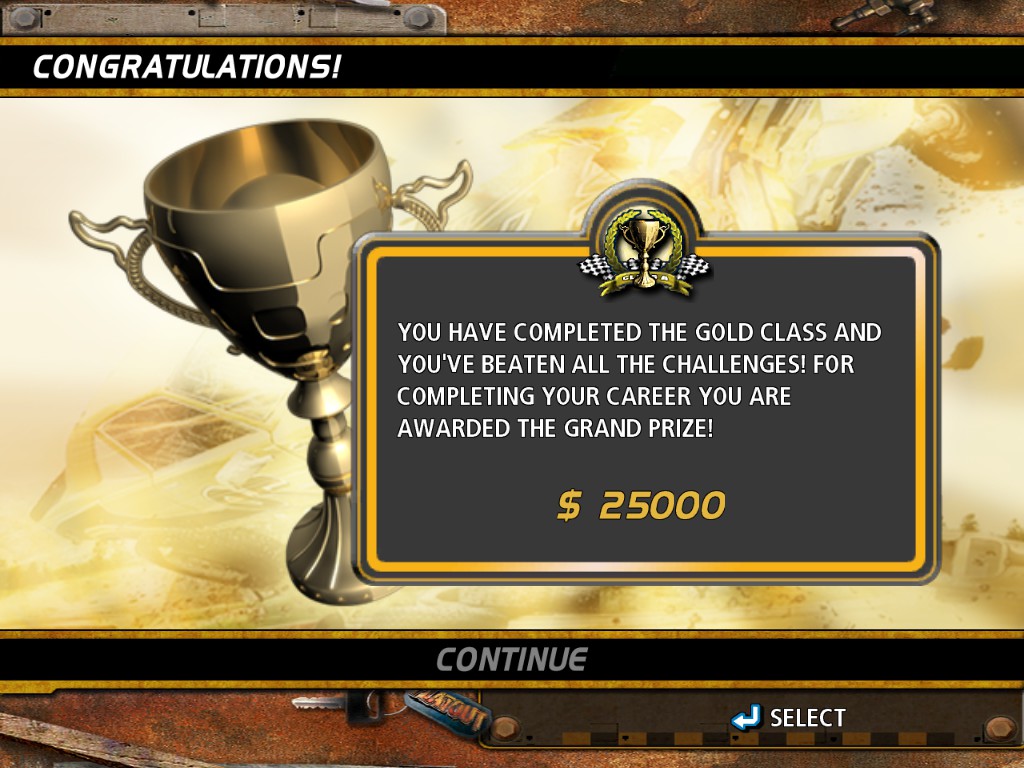 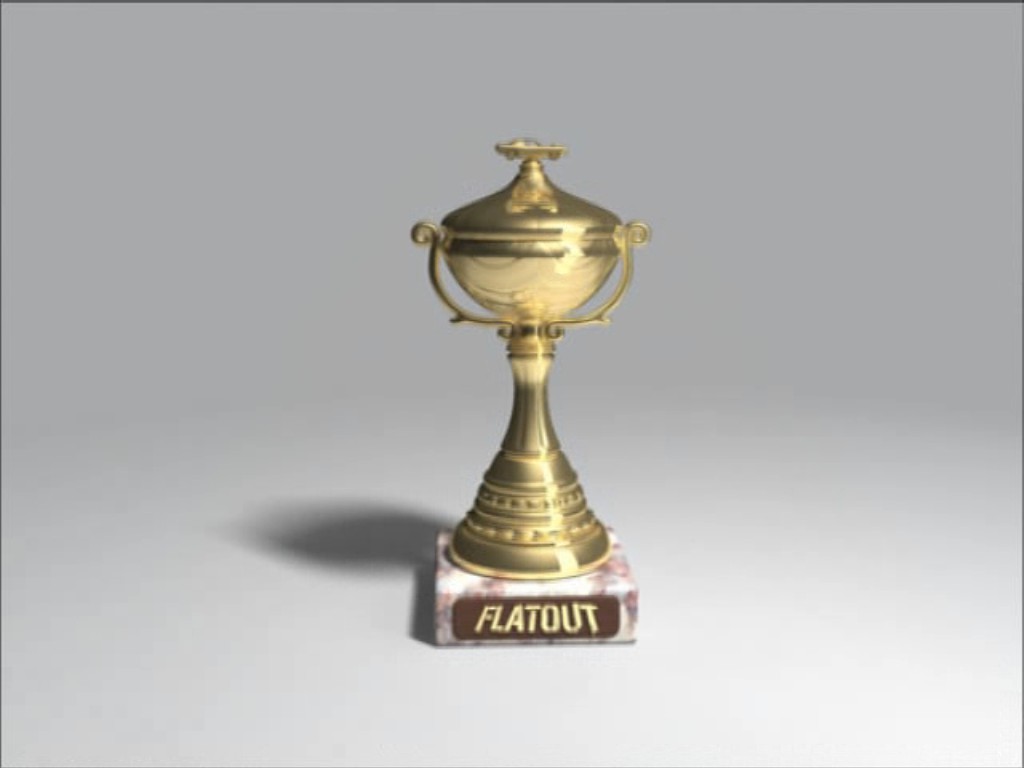 Bratishka
May 25 @ 6:32am
General Discussions
Screenshot 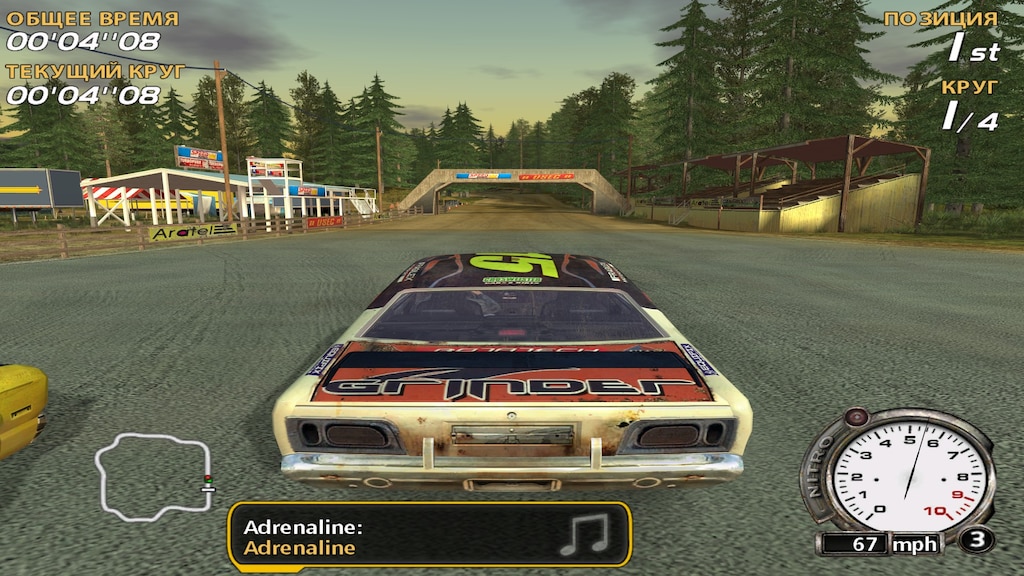 Recommended
17.3 hrs on record
FlatOut 1 is an outstanding and fun racer from 2004 that is absolutely worth your time if you love non-traditional racers. I have played this game for probably hundreds of hours (I played it a ton on Xbox before I got it on Steam) and it's always fun.

The game in many ways feels like a spiritual successor to the Destruction Derby game series released for the PlayStation and Nintendo 64 and that's definitely a good thing. The game is focused on racing with your junk cars if you will on non conventional tracks. You have forest tracks, towns, snow tracks, fields, construction sites and even a few circuit style tracks. The driving is pretty fun as it really takes time to learn how to perform the sharp turns effectively and crashing into things gives you boost in your boost meter. However what FlatOut is most known for is the ragdoll physics with the drivers as if you crash hard enough your driver goes flying out of the windshield, forcing you to reset your vehicle. This can also be done to opponents making it really good as a mechanic. Speaking of resetting, if you veer too far off course you'll be prompted to reset which resets your vehicle back on the track and let's you get back into the thick of the race, this is helpful as sometimes it can be hard not to go off course.


Career mode is also pretty good here, Career Mode involves starting small in the bronze class and using the cars and trying to win all the races in the class to advance to silver and eventually gold. Along the way you can do some tuning to your car and in FlatOut tuning is handled well. You get money from winning races or competing in bonus events (I'll get to these later) and it can be spent on a new car or buying upgrades for your existing car, buying these definitely helps your odds in the bonus modes as well as races. The only issue is you can only own 1 car and when you select the paint job that's the one you get, so if you want to change it you'll have to buy that car again and this means losing all of your upgrades so be aware.


Now as for the Bonus events, this is where most of the fun imo comes from in FlatOut. Bonus events are unlocked as you progress through, they consist of 12 events. 3 Destruction Derbies exist which has you outlasting other cars to survive, you are also challenged to beat it in a fast time. The other mode is 3 super mud bowl competitions, mud bowl has you racing on small more circular like tracks and there's 8 laps, this can get hectic fast and they are a fun event. Now lastly we have the hotseat grand slam stadium events. These events involve launching your driver out of the windshield with the turbo button to do a certain objective. These range from Long Jump which have you trying to go the longest distance, High Jump which has you trying to launch your driver the highest you can, Darts which has you well playing Darts with your character as the dart, bullseye which has you trying to land close to the center, bowling which is self-explanatory and lastly the clown which is the most unique. In the Clown event you must hit a piece of the clown and each piece is worth a certain amount of money (as shown in the rules when you load into the event) and you want to get the most you can, whatever amount you make here is given to you in the career mode making it the best way to earn money. In all other events you earn money based on how well you did whether it be placing 1st, 2nd or 3rd in Mud Bowl, getting a certain time in the derbies or getting a certain score in the events. Hotseat really adds to the game's replayability and has hours of fun, especially when playing with others.


Lastly I want to mention the visuals and music. The visuals for 2004 are quite good, they certainly aren't the best as games like Burnout 3: Takedown looked way better but the cars are nice and the environments feel very much alive. Music is also good as they got a bunch of B bands to make songs and tbh the songs really fit the game's tone and it wouldn't be the same without it.

So overall FlatOut is a really good and fun game that I highly recommend. I played this game a lot in my childhood and it still holds a place in my heart, I think if you're looking for a more arcade like racing game or a game that'll be fun to kill a few hours than this is the game I would recommend, it goes pretty cheap on sale so pick it up when you can.

Dr. Daniel316
168 products in account
0
No one has rated this review as helpful yet

Recommended
7.0 hrs on record
Man where do I start with this review because there is so much in this game that is amazing I guess A good place to start would be the mechanics

Reasons Why this is a good game

It's a racing game (duh)