Remnant: From the Ashes

The world has been thrown into chaos by an ancient evil from another dimension. As one of the last remnants of humanity, you must set out alone or alongside up to two other survivors to face down hordes of deadly enemies to try to carve a foothold, rebuild, and retake what was lost.
$39.99
Visit the Store Page
Most popular community and official content for the past week.  (?)
игра по фану
Всем привет,ищу людей для игры,дискорд обязательно 20+
1

Remnant Build Templates
This guide contains an archive of common builds for Remnant: From the Ashes. The primary function of this guide was to serve as a personal reference because my memory is garbage and there aren't build loadouts. **I am no longer updating the guide becau...
108 ratings

How to Turn Nightmare Mode into Easy Mode (maybe outdated? idk)
This guide details up to 3 optional builds, all completely viable on Nightmare difficulty, and goes very in-depth on all of them. If you're looking for fun & versatile build ideas, this guide is for you.
99 ratings

traps are gay and so am i
View all guides
Screenshot 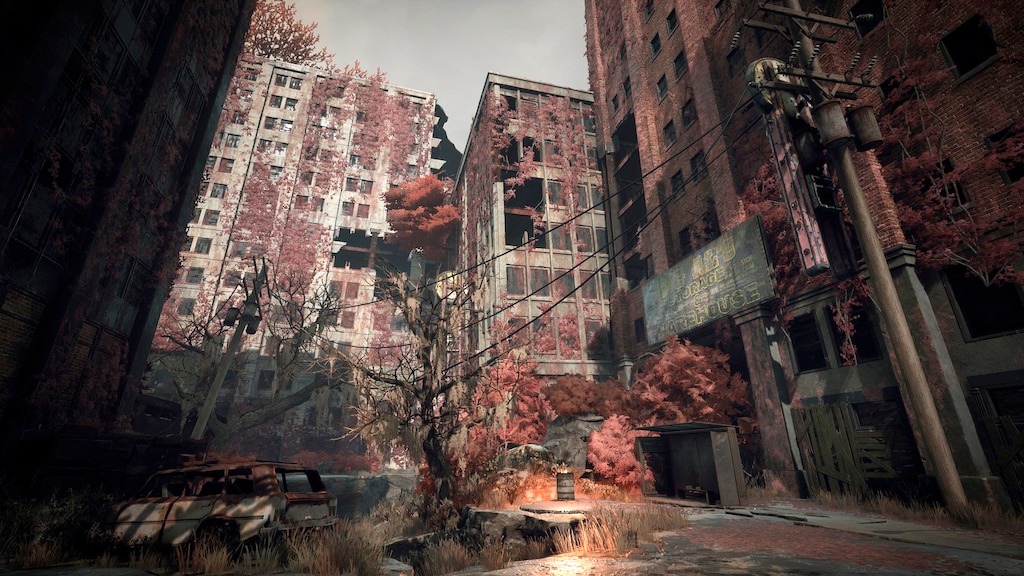 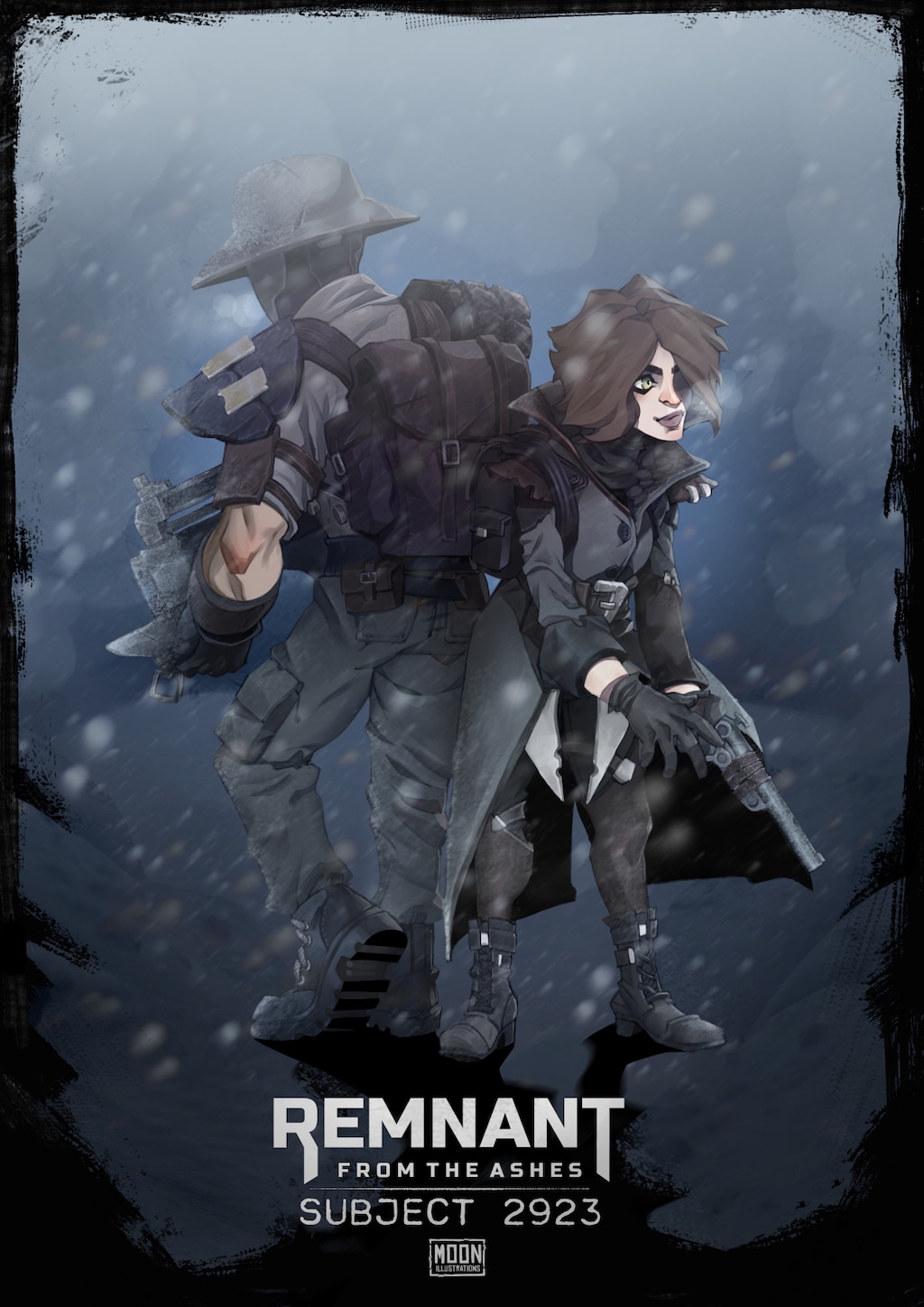 0
9
Positive reviews are being copied and pasted 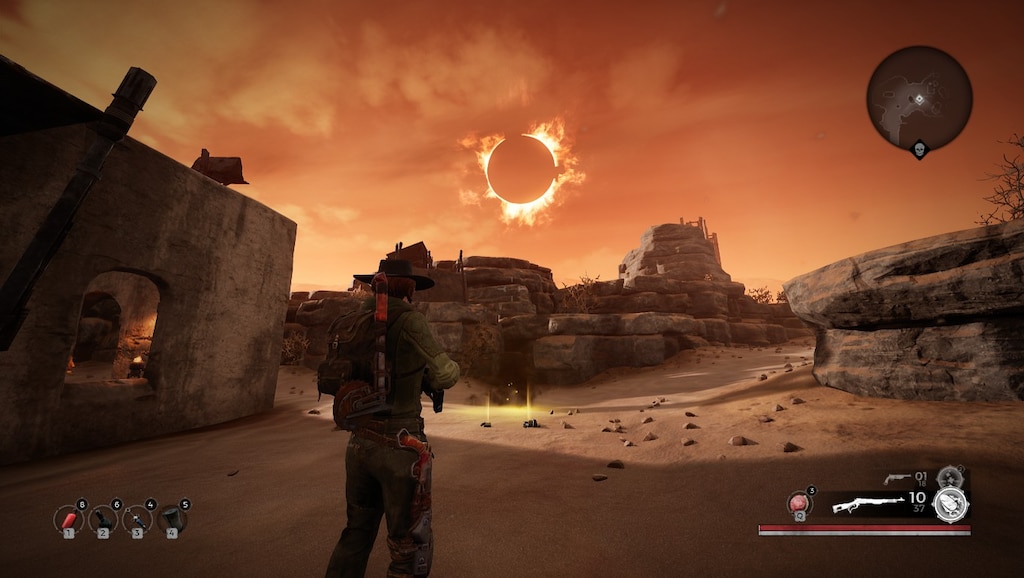 Recommended
422.8 hrs on record
Product received for free
I received this game from a friend as a gift and I loved it so much that I bought all the dlc and got every achievement. It's insanely good and easily made my list of favorites. I cannot recommend this game enough.

Remnant: From the Ashes is a rogue-like, souls like 3rd person shooter with melee combat that is easy to learn and very hard to master. As a rogue-like the areas are randomly generated and the bosses and events you get will be random each time you go through the game. You progress through the area killing enemies and looking for new gear or npcs until you make it to a boss. Killing the boss rewards you with a crafting item that can be used to make a boss weapon or powerful weapon mod. Some bosses can be killed in different ways for a different reward. There is even a ds1 reference where you can cut the tail off the dragon to get a flaming sword. If you don't cut his tail off you get a flamethrower instead. Since you won't get every boss or event in 1 run and some bosses require multiple kills to get all the stuff you will need to run through the game several times or use adventure mode which is an alternative to the campaign. It allows you to farm certain ares for bosses or events. Some weapons or armor sets can only be gotten during certain events such as a armor set that gives life regen that requires you to complete a siege mode event which is basically a horde mode. The same is true of the chicago typewriter which requires you to keep 2 npcs alive during a siege event. If you're successful they'll give you a key to a room with the gun. Due to the areas and everything in them being randomly generated there is an rng aspect to the game. Don't worry though if you're not getting what you want as there is a safety net where a boss or event is guaranteed to spawn after a certain number of tries. Even with this though it takes months of playing to reach max level and get every piece of gear in the game.

Weapon mods are the abilities you get such as a fireball or healing aoe. They charge by shooting enemies or hitting them with melee and there are a lot of different ones. There are some armor pieces and rings that will charge them over time as well. All armor pieces are part of a set bonus so you can mix and match for different bonuses or use multiple pieces of the same set for a stronger bonus. Some rings and amulets will work with certain guns, melee weapons, mods or armor set bonuses so you can create a pretty detailed build. As you play you will unlock traits that are permanent passive abilities. There are 50 traits total and each have a max rank of 20. The max level with the dlc is 1000. As with weapons, armor or trinkets some traits are very well hidden and some can only be gotten in co-op or by completing certain challenges or puzzles. There are no restrictions in level or gear score when joining others and you never get scaled down which does make it possible for a high level character to join a low level and steamroll the enemies in their game.

There are 4 difficulties and the higher ones give increased xp and rewards. Once you finish with campaign and adventure mode you can try your hand at survival or hardcore for powerful account wide items that are given to all existing characters and any new ones you make. Be warned though that these modes are very punishing but the rewards match the difficulty. Hardcore characters only get 1 life so death is permanent and it can only be played solo or with friends and there is a bug that randomly kills your character instantly in a certain area that still hasn't been fixed since launch. This won't matter on softcore characters but will end a hardcore run. Survival is a special mode where you start at level 1 with nothing but a pistol and you run through randomly generated areas like rifts in Diablo 3 and each area has increased difficulty the higher you go. You collect weapons, armor and xp as you complete areas. The idea is to kill as many bosses as you can in a single run since it resets if you die. Rewards will be given after a certain number of total boss kills so you can obtain them over multiple runs. There is also an achievement for killing 10 bosses in 1 survival run and one for killing a world boss solo without taking any damage although you don't have to do that one in survival.

Overall the game runs great. The soundtrack is amazing although you may have to turn down the sound effects to hear it. Combat is smooth and runs flawlessly. Whether attacking with melee, shooting guns or using weapon mods it is seamless in solo which brings me to my next point, co-op. I love playing with other people in games. I love getting a high level character with a great build and joining others to help and the game has a drop in, drop out style of co-op making it easy to join matches (when it works). Sadly the co-op experience is less then par for an otherwise amazing and unforgettable game. Most of the matches you join will lag. It doesn't matter how good your pc or internet connection is. The fact is the game has bad servers and the connection scales entirely off the host. This means that when you join people there is a high chance you will get everything from hits not registering. delayed item usage and even teleporting enemies. It makes the game unplayable in many cases unless the host has a good connection. I never lag when playing solo though or when people join me. The game has an icon marker and emote system for communication. It's helpful but limited to pointing out where to go and gesturing hi. The game's built in voice chat is really unstable and the voice of you or the other person will cut out a lot no matter how good the connection of either of you is. It's better to just use steam group voice chat or discord.

Despite these issues I love the game and highly recommend it. 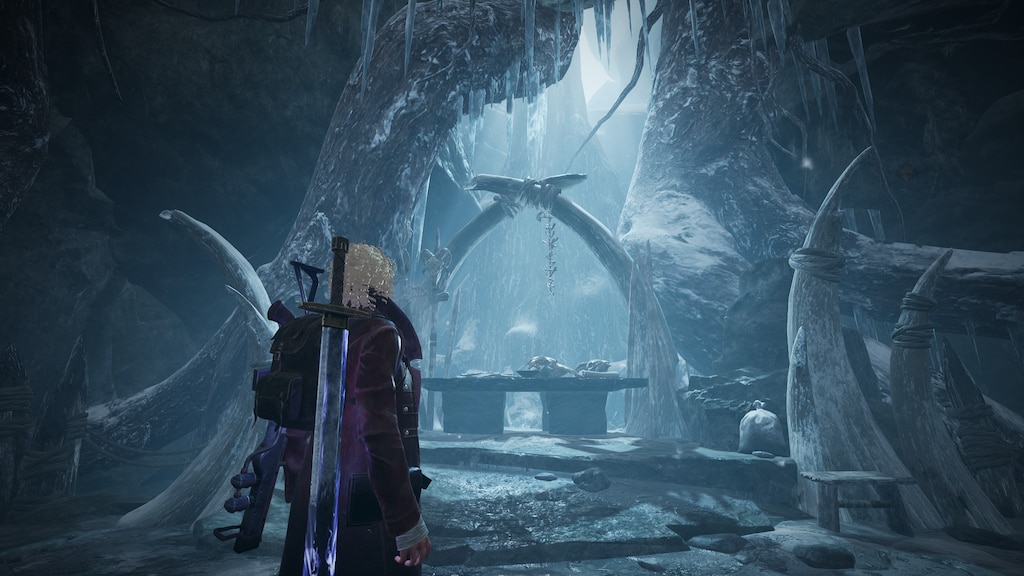 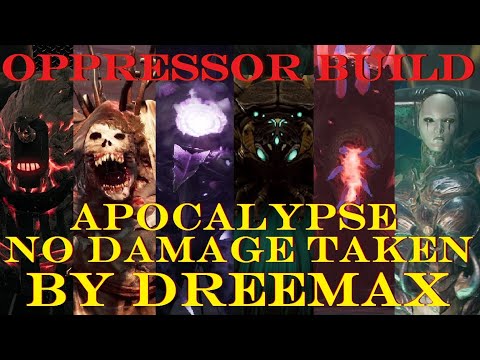 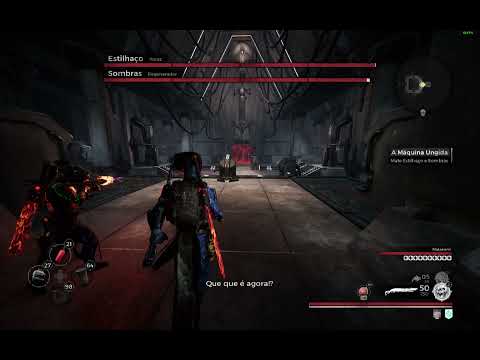 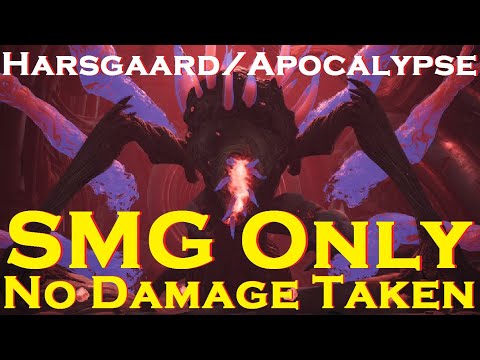 0
1
Remnant: From the Ashes: Harsgaard, Apocalypse, No Damage Taken, SMG Only.

0
4
Attack animations a few moments behind 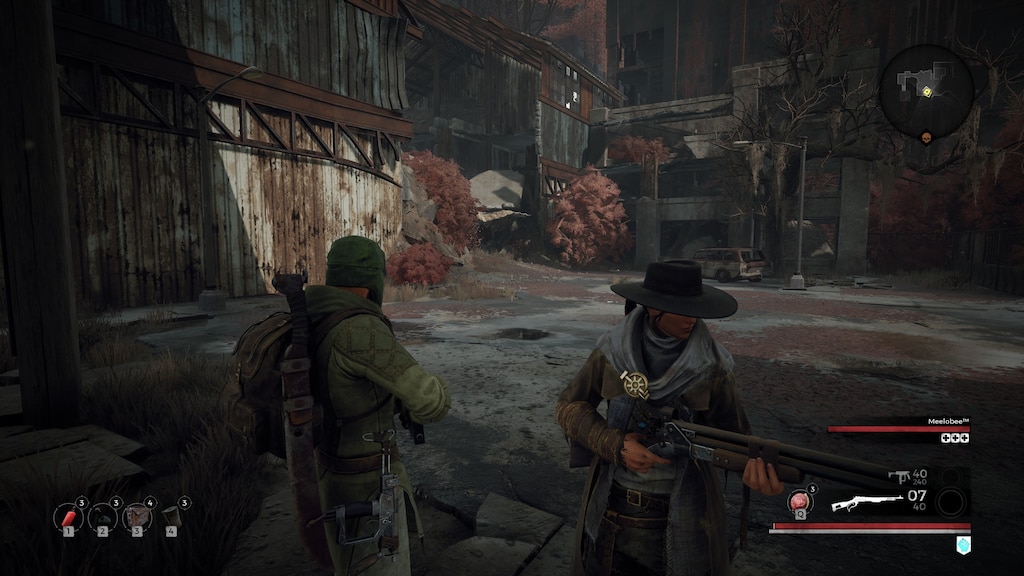 Recommended
38.0 hrs on record
Great for running with teammates. Less so by yourself. 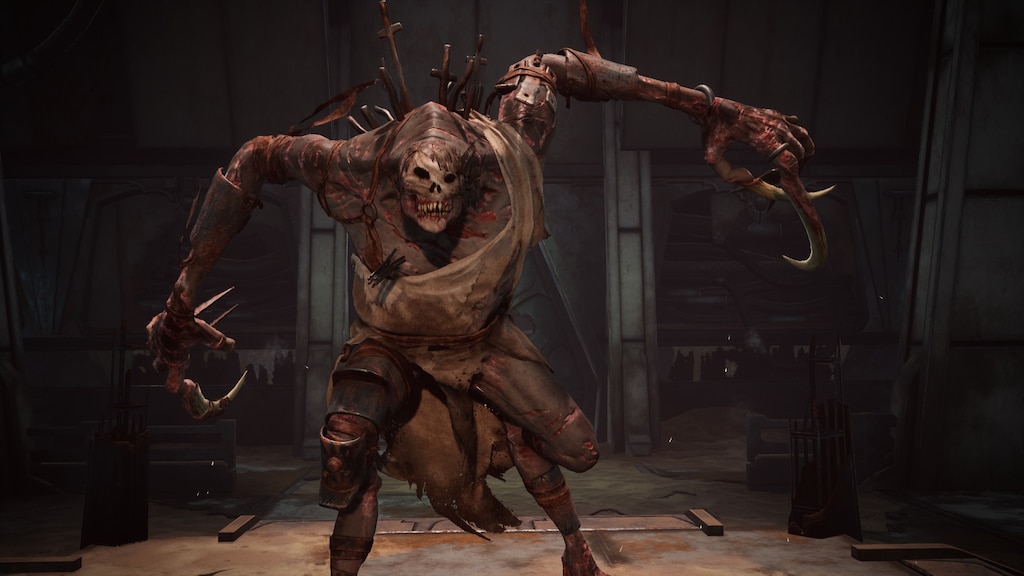 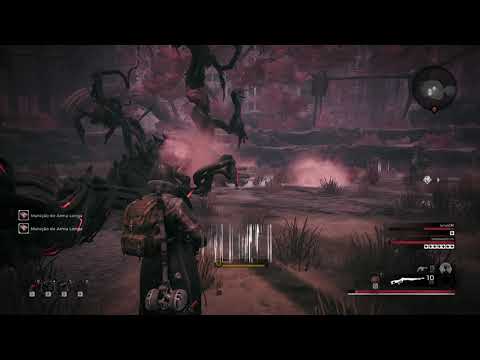 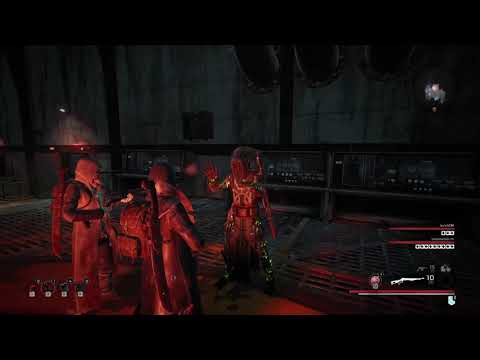 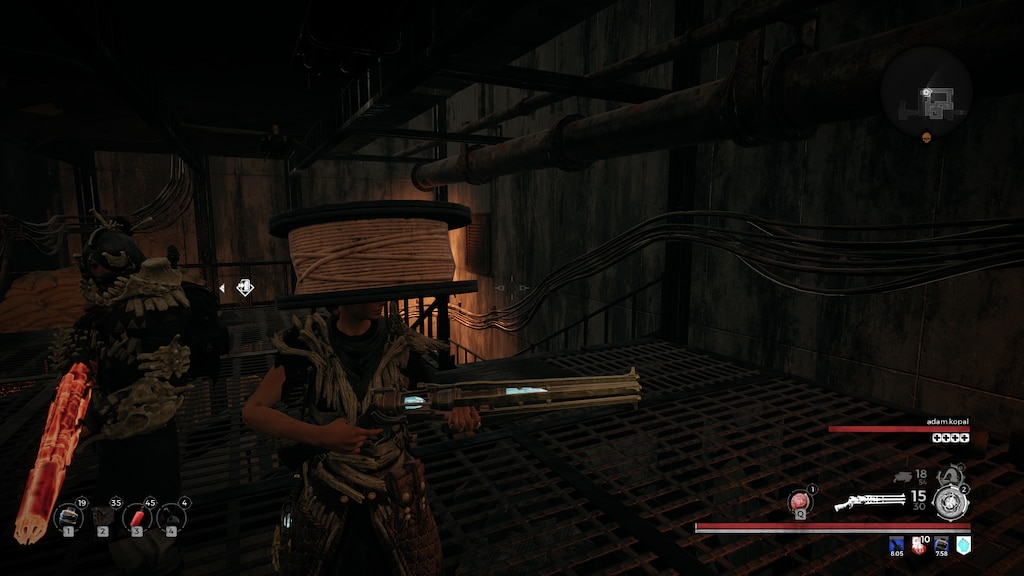 lolly.capkova
View artwork
I would like to play this game, but there is no solo setting
I don't have time for playing each level 50 times until by shear luck you make it through solo. Most annoying are the cheeze NPCs who materialize already in your face. I tried Remnant a year or two ago and just got bored with the endless repeating of each level. Nothing has changed in the two years unfortunately. Games have to move you forward through the story or they die of ennui no matter how intense the player's failed attempts to move the story are. I will remember not to buy any more games from the...
40

Reaver
Sep 7 @ 4:52am
General Discussions
IXILLIS THE BOSS on Corsus to get the Axe Reward
I have a question, I know that this boss its required to be killed for get his heart and give it to the immortal king or the iskal queen, but I wonder if I have to re-roll my history mode to fight him again, Or in the Adventure mode DLC map Swamp of Corsus can be found in there? Or only in the history mode?...
10

Raku Ushio⭐
Sep 12 @ 11:00pm
General Discussions
slightly new player looking to get back into this game looking for friends
hi so im not new only got 9 hours on this looking some one who is still kinda new like me
4

NsRocker
4 hours ago
General Discussions
Why there is more people stronger than me?
I Finished the game on difficulty Nightmare since the begining till the end and then I started to play Apocalpyse with the same character. The damage of the character depends about when you make your first character in a higher difficulty? or there is something else? I have all my weapons and armor on level +10 and 20+ :'l...
5