Love, Money, Rock'n'Roll: romanticism of the Eighties, mysteries and intrigues, betrayal and self-sacrifice, hatred and passion – all of this in the new game by the creators of the legendary visual novel "Everlasting Summer"!
Visit the Store Page
Most popular community and official content for the past week.  (?)
Two News
May 5 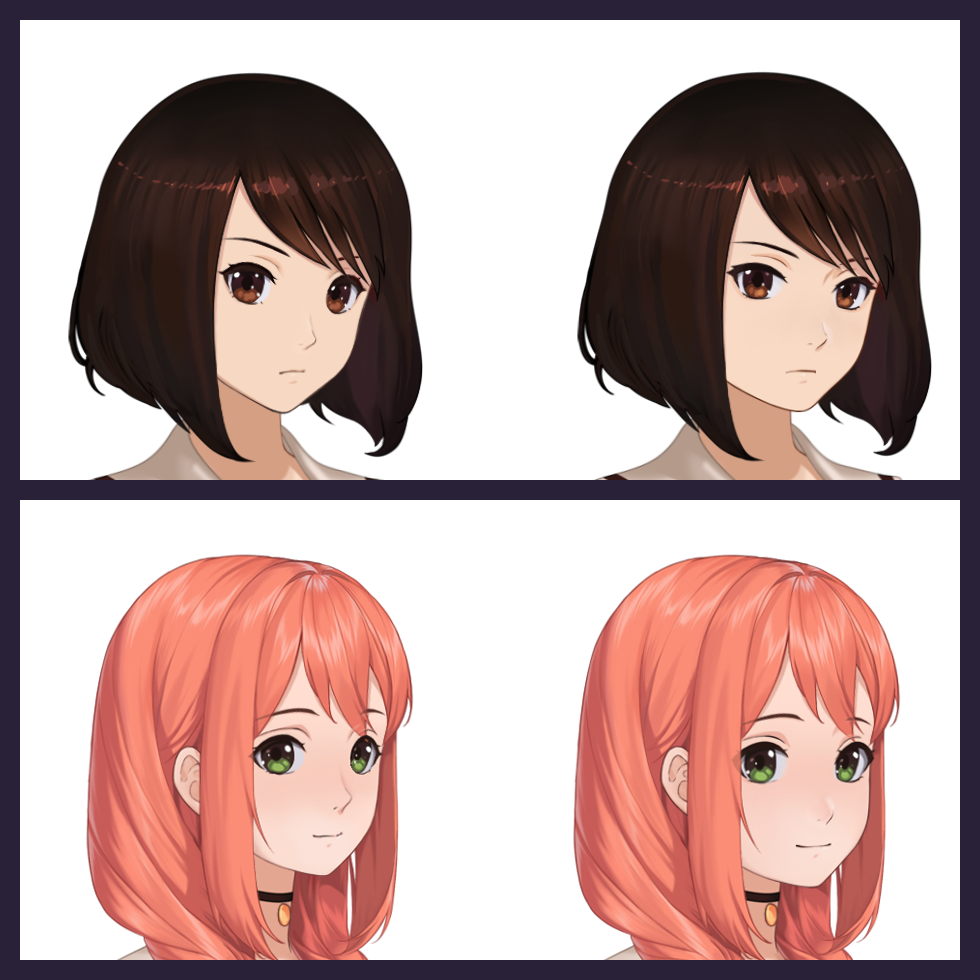 Hello, dear friends! In these complicated times, all of you, we’re sure, are waiting for good news. And we have just that! To get straight to the point — you can receive a Steam key for LMR right now!

In the past month we’ve done the following:
1. Finished additional script direction.
2. Added another two — final — animated CGs.
3. Conducted wide-scale mastering of music and sfx.
4. Finished the system for keeping track of read text.
5. Made a multitude of small changes to a large number of CGs.
6. Added three more animated versions for backgrounds.
7. Added another background.
8. In accordance with our vision (and in big part based on the feedback of the people who have already played the game), remade the faces of two of our main girls — Himitsu and Kagome. You can see their new appearance in this post.
9. Added several more emotions to various characters.
10. Added the ability to play or stop music during game pause.
11. Started displaying the currently playing track during game pause.
12. Added title videos when launching the game.
13. Normalized texture appearance on iOS, significantly reduced game size.
14. Added screen shake effects during some scenes.
15. Added the ability to change screen refresh rate.
16. Implemented the system for Steam key distribution.

There is, however, less pleasant news. Unfortunately, we are forced to delay the release of “Love, Money, Rock’n’Roll” by two months — to August 4th 2022. Let us explain this decision.
The game itself, as a piece of artistic production, is complete (with a few minor details yet to be added — more about that at the end of the post). However, it’s been 10 years since the first release of Everlasting Summer; the world has changed, the media space has changed, and we have changed. We cannot simply upload the game on a file sharing service — all of you are waiting for it on Steam first and foremost. And to have it there, we still need to see to a number of procedures not directly tied to the development process. These include marketing, economic, legal, and other processes that are necessary to ensure the studio’s continued existence. And, due to the situation in the Russian Federation that we’re sure you’re all familiar with, we have encountered significant difficulties in this regard. Unfortunately, we are sure that none of you have been unaffected by these events, so we hope that you will understand why we had to take this step and forgive us one, final, small delay. As for the specifics, we cannot disclose everything publically, in part due to contractual obligations. We hoped to the last moment that the newfound problems would be resolved sooner and we would be able to release the game by June 2nd. But man proposes, and God disposes…

Now for a few words as to why it’ll be two months specifically and not two days or, say, three weeks. Large companies like Steam and Google aren’t just sitting around and waiting with bated breaths for us to deign and provide our game for them to check. Often, verifying a build may take up to a week of real-world time. We have a small, (still) independent development team, and a single person may oftentimes handle a much wider sphere of duties than their colleague in a different company. Unfortunately, in the past two months, we have had to spend a significant amount of time resolving issues that we never intended to be handling in the first place.

As for what we have left to finish in-game: supporter names (first iteration complete, requires some polish) in the credits; developer credits; work on mobile versions, including a new adaptive GUI for them; various minor improvements that we didn’t plan on adding initially but would be nice to have if possible.

And finally, regarding key distribution. On our website (NOT in the letter you might have received), you can go to the “Orders” section (https://lmr.su/account), type in your email (the one you used when making the preorder), and receive a Steam key. Game distribution on mobile platforms will start later — they have a very different system, which also became an indirect reason for the delay. You can type in your desired name in the credits on the same page. We tried to load in the nicknames from the google forms that we had received, but unfortunately, not all of them were correctly filled in. 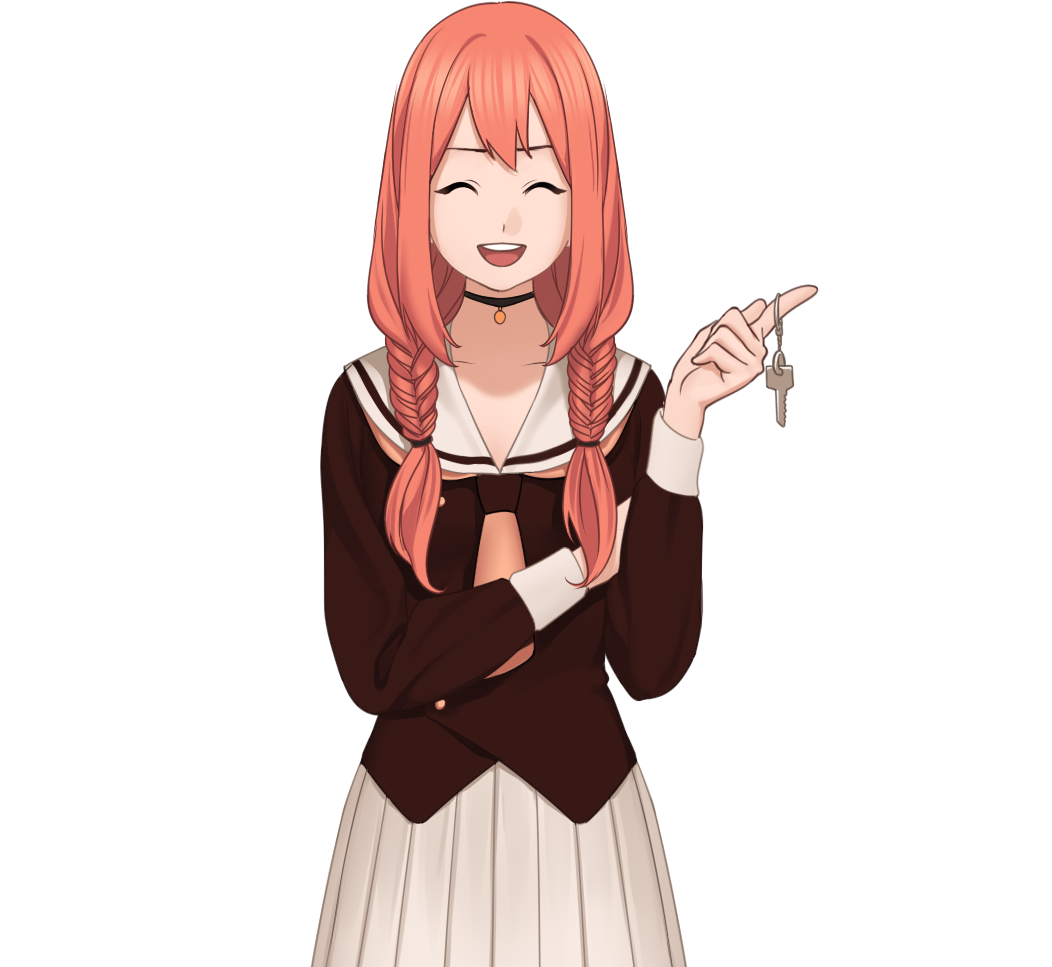 Dear friends! As most of you already know, recently we have started sending out emails asking our backers for their desired names in the credits. If you are a backer and haven't received an email from us, please:
1) Check your spam folder.
2) Search your emails for "mail@lmr.su" sender.
3) Check your blocklist in case mail@lmr.su ended up in there.

Even if you have lost access to the email address you've made the preorder from, in most cases the issue can be resolved. If doing everything of the above hasn't achieved any result, please drop us a message to our VK group messages or an email to the aforementioned address.

Important notices:
1) We have received quite a few preorders and errors are statistically possible (and even likely), but every single one of our backers is accounted for!
2) So far, we have sent emails to the backers who made a preorder before April 11th 2022. Everyone who has and will make a preorder after this date will still get every bonus we have promised, but the emails will arrive later.
3) Later on, we will be sending out another wave of emails, this time asking for your preferred platform. We'd like to stress that it is critically important that you receive an email from this wave — otherwise, you may be left without a key.
4) We don't have a dedicated IT department and support service, so please be patient if we can't reply to you right away. 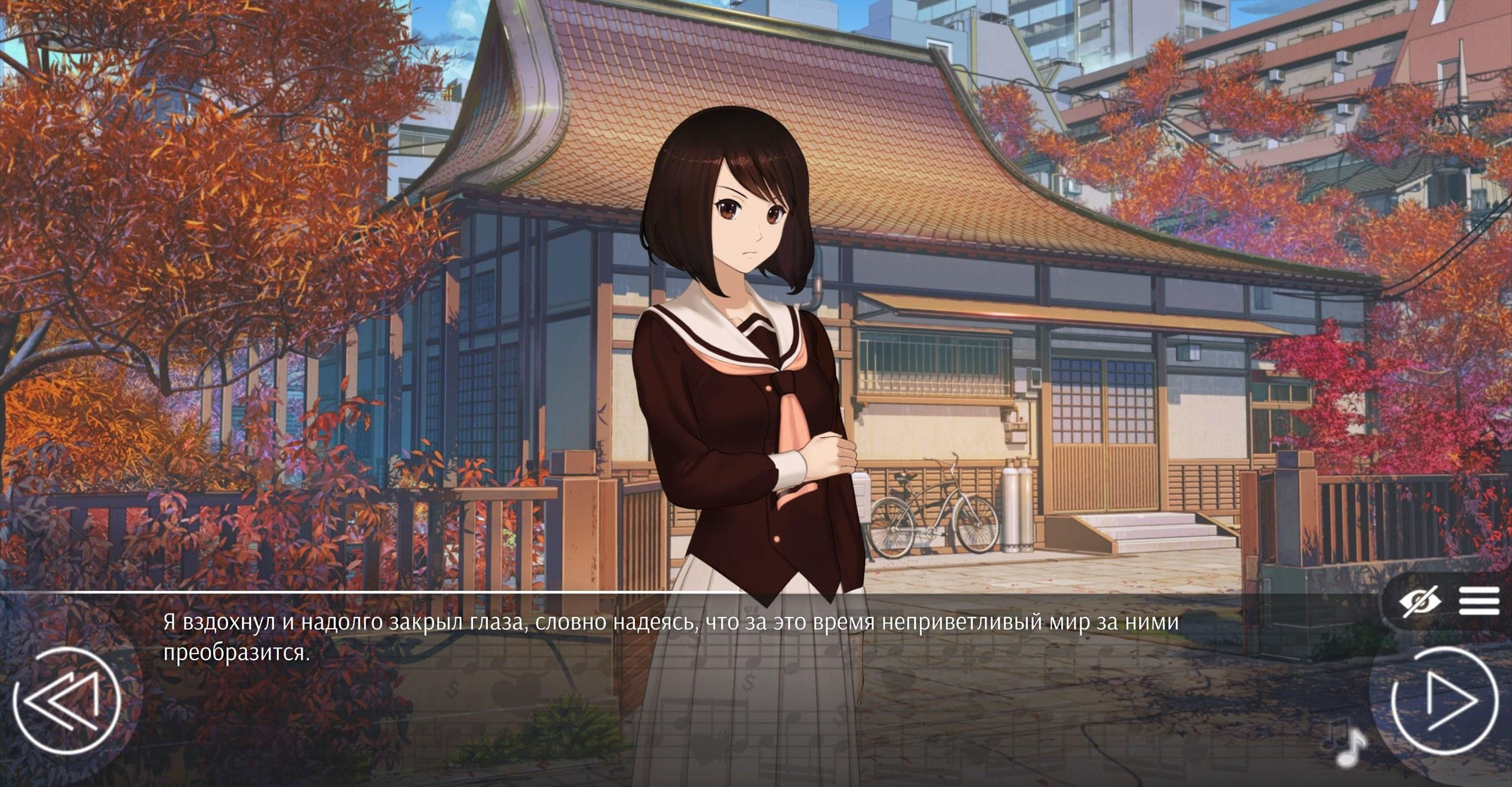 Dear friends! Today we'd like to present to you a report on the work done in the past month:

1. Finished 85% of additional script direction (up to 50% since the last blog post).
2. Optimized the amount of RAM the game uses doing fast-forward.
3. Added a minor variation for one of the backgrounds. You'll have to see which one in-game!
4. Finished two more animated CGs.
5. Slightly adjusted in terms of appearance, as well as optimized technically, the main interface (textboxes).
6. Significantly reduced game size on Android.
7. Remade the footnote system — it should now be much more convenient and easy to use, with a clear indication as to which word(s) a footnote is for.
8. Added and placed new sounds — about 100 effects such as wind noise, shutting doors, buzzes, gunshots, strums of guitar strings, etc.
9. Made a gallery for replaying the songs heard in-game, viewing seen backgrounds and CGs. Also added an interface for viewing their variations (such as CGs with various emotions). Creating the gallery took more time than we anticipated.
10. Added more character animations for specific situations, improved some models' technical capabilities for animation.

We also made even more small adjustments, bug fixes, changes than last month, and it would be impossible to mention all of them here.

Speaking about what we have left to do in terms of the game's main functionality, that would be: keeping track of seen text (for skipping only it and not all text) and auto-forward. We also have a weighty backlog of tasks that mostly consists of bugs and small features. Most of them aren't that significant — we doubt most players will even notice them — but some are more apparent, such as a better outline for character names.

Despite the difficult situation in the country and the world, at the moment the release date remains the same: 2nd of June 2022.

You can still support us[sovietgames.su], see your name in the credits, as well as receive valuable bonuses and DLCs.