The Legacy of Star Wars Dark Forces™ and Star Wars® Jedi Knight lives on in the intense first-person action of Jedi Outcast.
$9.99
Visit the Store Page
Most popular community and official content for the past week.  (?)
How can I purchase the game?
Hey, I wanted to purchase this game and on the store page there is no option for me. I saw the game on gog.com and can purchase it so I am confused why I cannot do so on steam. Also does anyone know if the steam and gog versions are compatible online in multiplayer?...
3

burrfoottopknot
May 7 @ 11:02am
General Discussions
only 1 mod at a time?
I just installed Expanded Menu, HD Loading screens, Upscale and JKIIFX3.0 but I can't use them all at once? Can't I use them altogether?
5 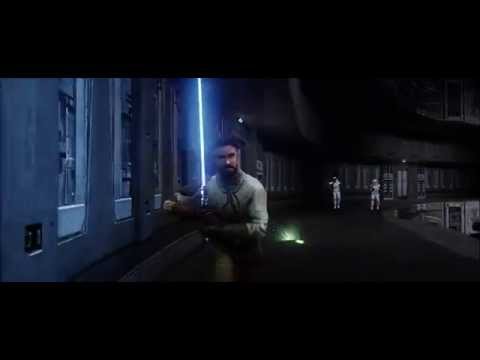 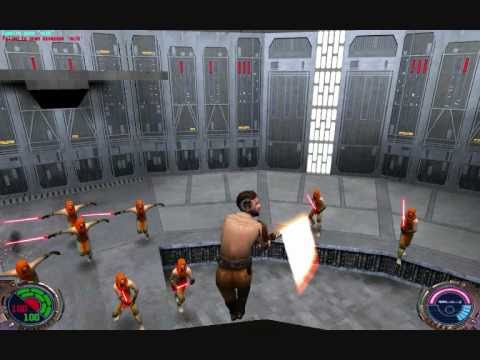 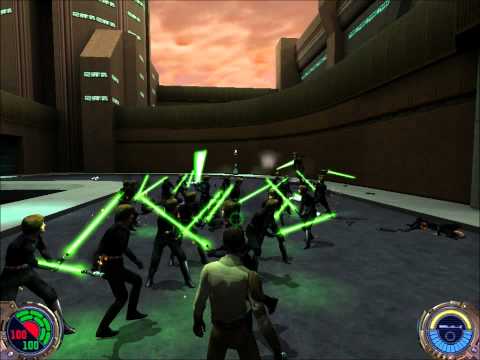 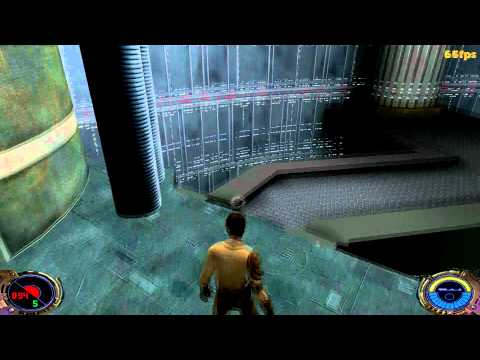 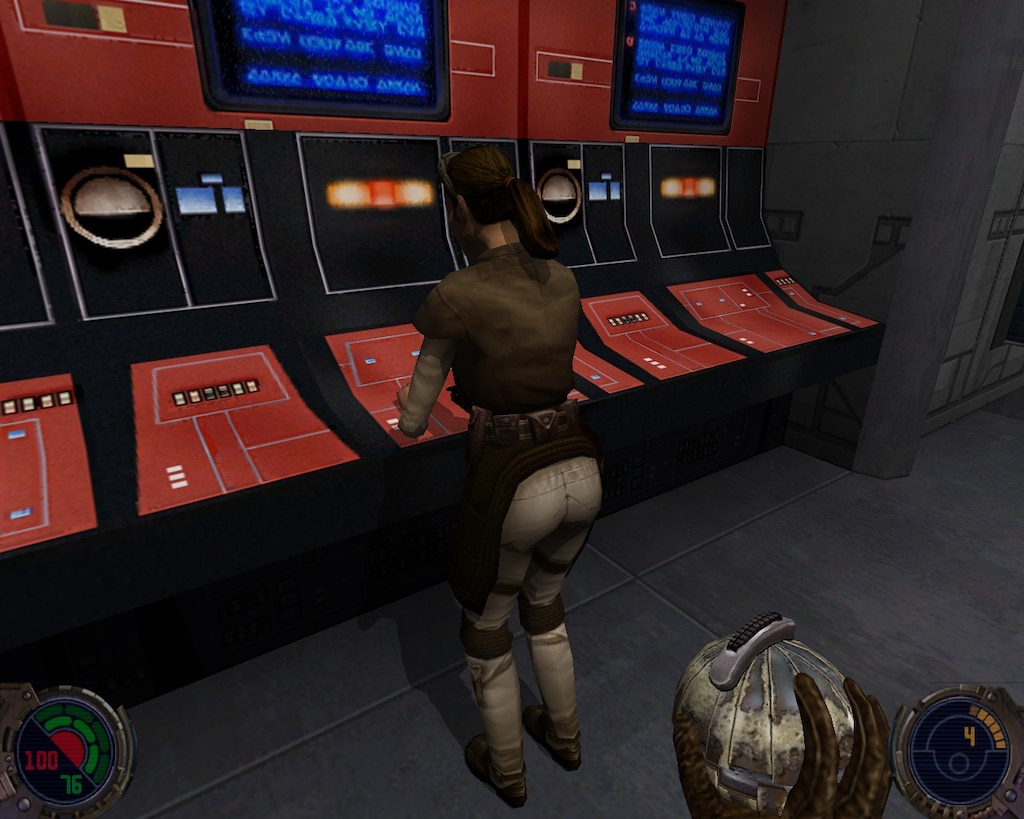 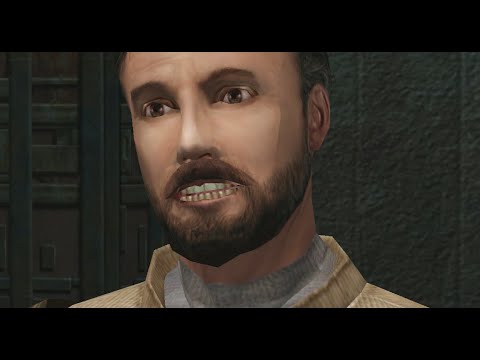 3
4
The best Star Wars Game ever made!

Karl Pilkington
View videos
Deselecting weapons / inventory items
I know it's possible, but it is a along, long time since I played Outcast , and I can't find anything in the manual. Can some kind soul remind be how to deselect weapons and inventory items please? :-)
2 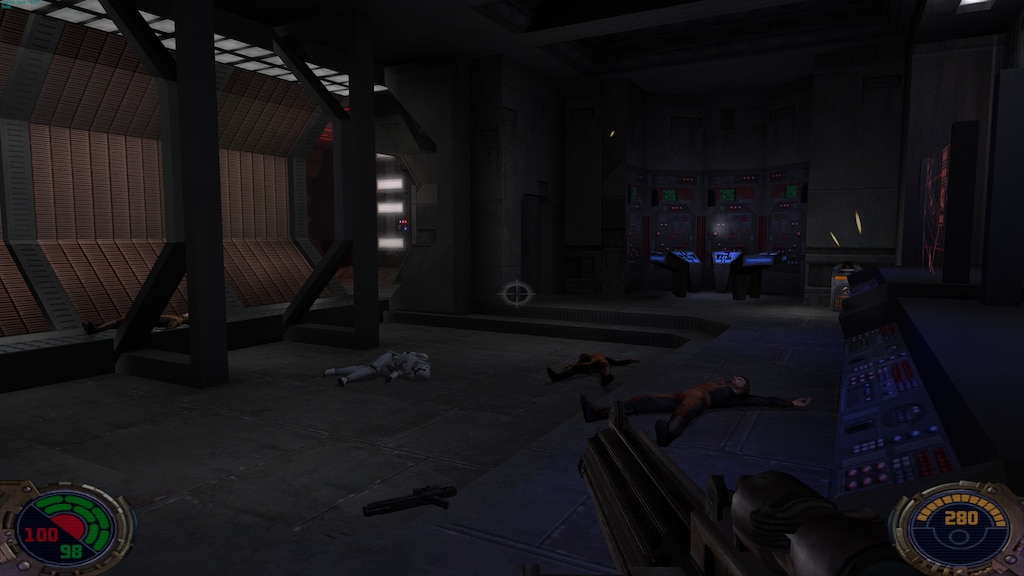 master-of-bones
View all guides
Jedi Outcast ( JK2 ) / Jedi Academy ( JKA ) Crash fix for Intel Graphics. "Has stopped working" Fix. 2018 UPDATE.
Before we get started: If you have tried other fixes or other Opengl32.dll you must remove them. If you tried to set your game to run in a different compatibility mode you must revert that. These games work fine on Windows operating systems from Windows 2...
212 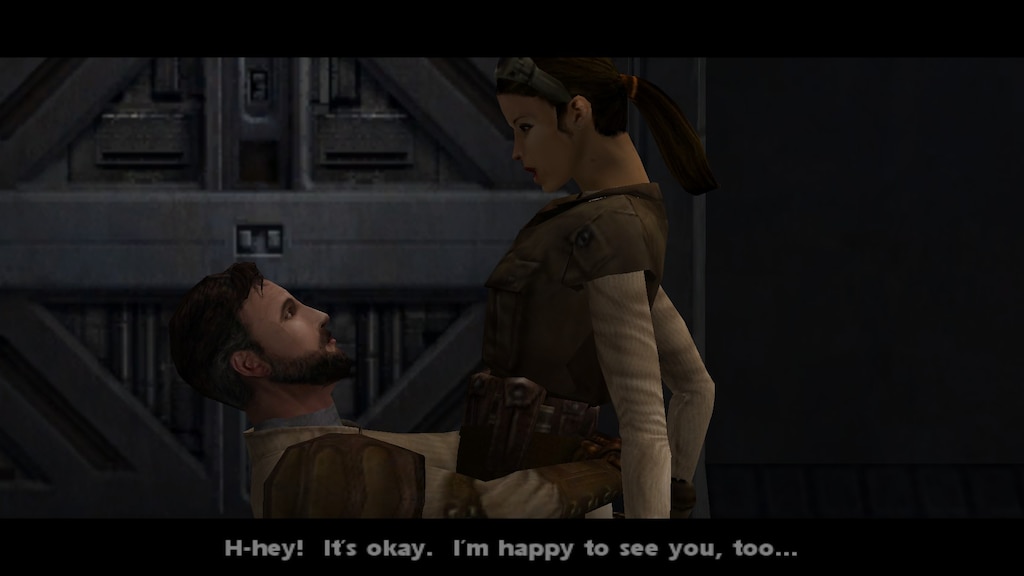 Recommended
14.1 hrs on record
I've recently played two Star Wars games where the main focus was lightsaber and force combat for the first time. Jedi Fallen Order was one and the other Jedi Knight II: Jedi Outcast. Both Are good but one captured the feel of being a Jedi and progressing with your force abilities better than the other. The two games have quite a lot in common considering the 16 year gap in their releases.

Both games use gameplay to show a Jedi regaining their force powers after suppressing them for a time. In Jedi Fallen order Cal has suppressed his powers as remembering his lessons reminds him of hard times and in Jedi Outcast Kyle has suppressed his after feeling the draw to the darkside. Both plots work well around this idea but most of Fallen Order’s plot is just about this while this is more of a jumping off point for Jedi Outcast. In Outcast you go from no powers or lightsaber to taking on many dark jedi at a time with various force powers. In Fallen Order you begin with a lightsaber and progress to having a double bladed weapon and you force abilities grow but it never feels like they have the punch of Outcast. Both games start you out pretty weak, but by the end of one you feel like a master and by the end of the other you are still struggling with purge troopers.

Fallen Order wins hands down on the look of the graphics and cutscenes. The motion capture and set design look perfect and fit right into the star wars universe. Yet Outcast has a great story. It may be told with bad cutscenes by today's standards graphically but it makes up for that in development. The overall plot of Outcast could make a Star Wars movie and the ending is both climatic and fitting. Fallen Order only feels like half a story that’s dragged out over a full game. In addition, Outcast is set after episode VI and isn’t part of disney’s canon so doesn’t have to tie in with other events yet to come. This allows it to use both Luke and Lando really well and means the plot is much less predictable. Fallen Order suffers because you know the Jedi can’t reform before the end of the original trilogy so a lot of its plot points feel meaningless.

Now most importantly, we should talk about lightsaber combat. Fallen order relies on player reactions for blocks and dodges which means the Cal can only be as quick as you are. This reduces the feel of playing a Jedi who in the movies can block every blaster bolt without fail. In addition the slow attack animations prevent quick changes from the player. Meanwhile blocking is automatic in outcast as long as you face the right way. This is massive in contributing toward the feel of being a jedi. In addition, lightsaber movement is much more free. You attack in the direction you move the camera allowing for many possible attack types and this can be done while moving and jumping making comat feel very fluid. Furthermore, you force regens over time allowing for many more uses of your force abilities unlike in Fallen order where the force abilities rarely felt useful.

My biggest annoyances with Outcast were it is often unclear where to go and there are quite a few levels before you get your lightsaber. In Outcast levels often require you to destroy a random box to reveal a path or force jump on to a specific ledge, these sections can be unclear and I recommend a guide for if you get stuck for which way to go. This problem is nonexistent in Fallen order due to map markers and quite linear design. I think I would still pick Outcasts level for their creativity and interesting settings. It takes about five levels before you get a lightsaber in Outcast. The game has great gun gameplay before that but it really shines when you get a lightsaber. Fallen Order gives you the saber from the start but it doesn’t feel all that useful since it’s difficult to even take out melee troopers with it.

I’d recommend Outcast over Fallen Order if you can get past the graphics and the level design. The gameplay is the best Jedi gameplay I’ve seen, the plot is brilliant and you can tell the creators loved Star Wars. This isn’t to say Fallen Order was bad, it just felt lacking. The story is stretched, the gameplay doesn’t fit Star Wars and the Plot doesn’t have the same stakes. 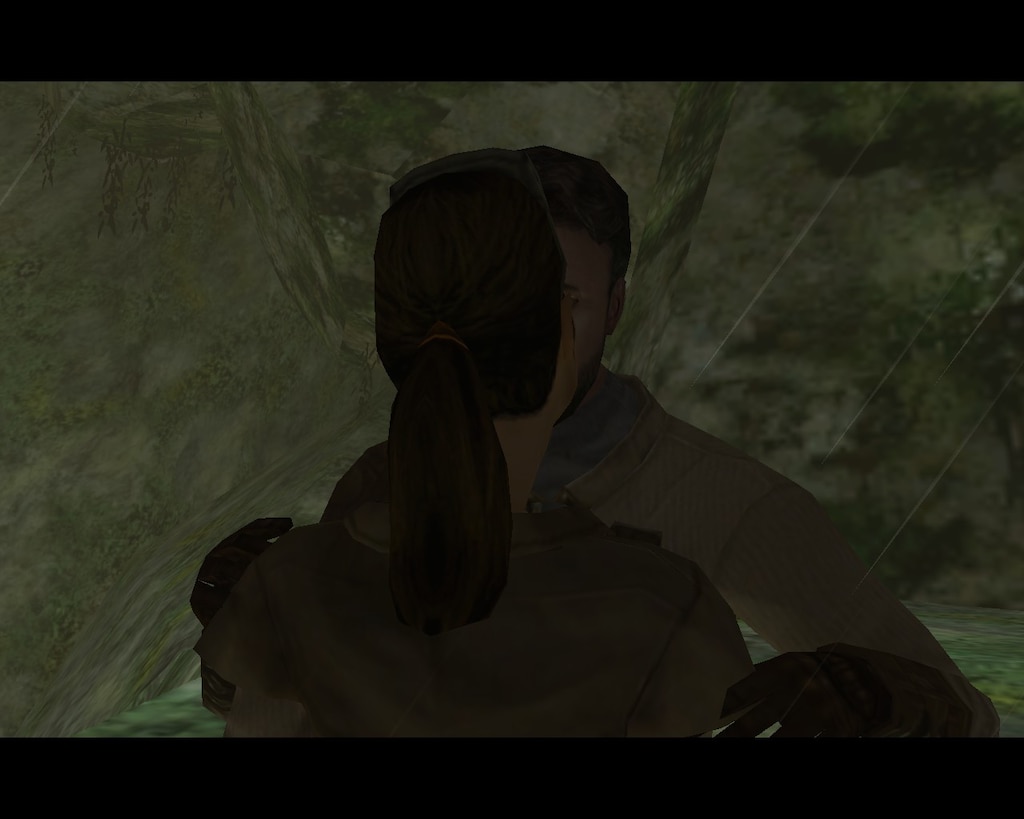 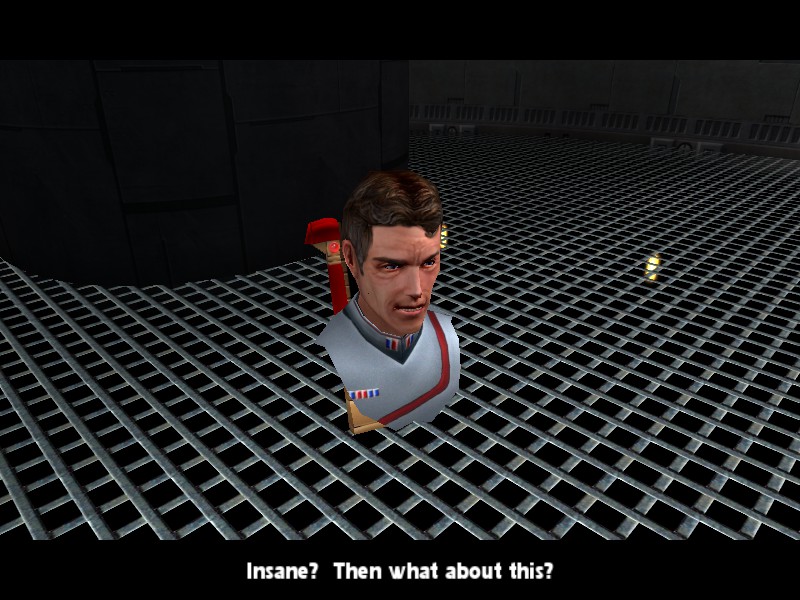 ZombosisJones08
View screenshots
How to play multiplayer with my son...
I would like to know if its possible to play MP with my son so we can use our downloaded maps. At the minute we can join matches online and play together but cant figure out how to have our own match with the 2 of us?
2

JoeMarano
Apr 27 @ 4:21pm
General Discussions
No one has rated this review as helpful yet