Build & Manage Your Airport. An International Hub or a Regional Masterpiece -- it's up to you. Buy more land to scale out, or escalators to scale up with MULTIPLE FLOORS. You're in full control in this modern business management tycoon!
$24.99
Visit the Store Page
Most popular community and official content for the past week.  (?)
Live Stream & Announcement
Jun 27
We're happy to announce our next SimAirport live stream! And a bit of an extra treat today, too! ːsteamhappyː

Join us in this latest installment of the "fireside chat" dev live-stream! Get your burning questions answered, provide feedback on SimAirport, discuss ideas directly with the dev team, tell us what issues or quirks you've encountered, even discuss the meaning of life -- or just drop in to say hello! We'll even be talking a bit about our next game, SimCasino! ːsteamhappyː

We're happy to finally announce our second game - SimCasino! SimCasino is a tycoon-style management/builder game where you'll be tasked with building a casino/hotel empire. Endless possibilities, like its older brother, though this time in full-fledged 3D & with even more design/customization options! Made by the same team that brings you SimAirport, and with the same enthusiasm and community focus, we hope you'll be excited to build & manage your Casino empire when SimCasino releases later this year!

Have no fear! There's still plenty more in store for SimAirport, too! We will continue dedicating full-time resources to SimAirport for the foreseeable future, and there's still more coming -- check out the Official SimAirport Roadmap[trello.com] to see what's in the pipeline currently!

Programming Streams
If you're interested in how SimAirport is made or just want to chat with us while we work on the game we're frequently doing programming streams, usually on the weekend. Those are not announced but following us on Twitch[www.twitch.tv] or subscribing on YouTube will notify you whenever we go live!

SimAirport
67
19
HELP
Hello everybody. Iam having a problem with my sandbox airport. Since one of the last updates there seems to be a change i missed and since then all my sims are just standing on the street and don´t move. Can sombody help me pls. Thanks for your help guys. The link to the Map: https://steamcommunity.com/sharedfiles/filedetails/?id=2161000491...
4 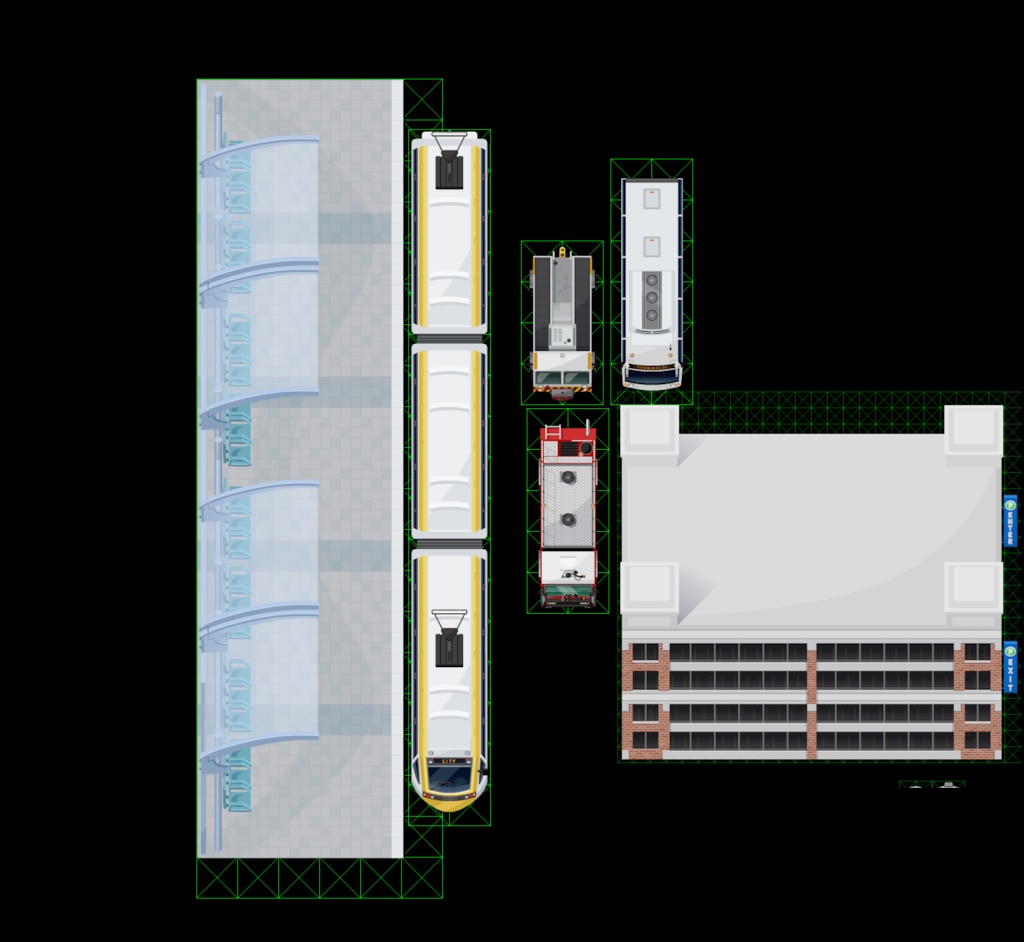 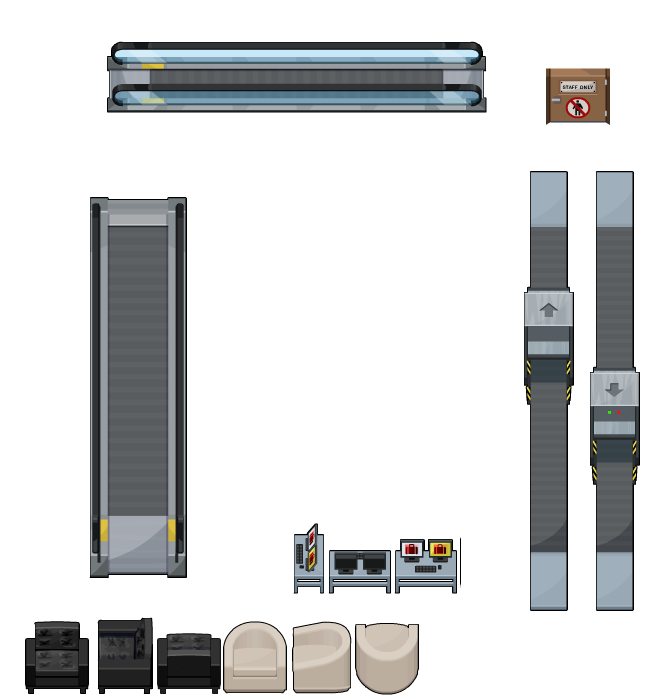 0
4
When I build an airport in this game 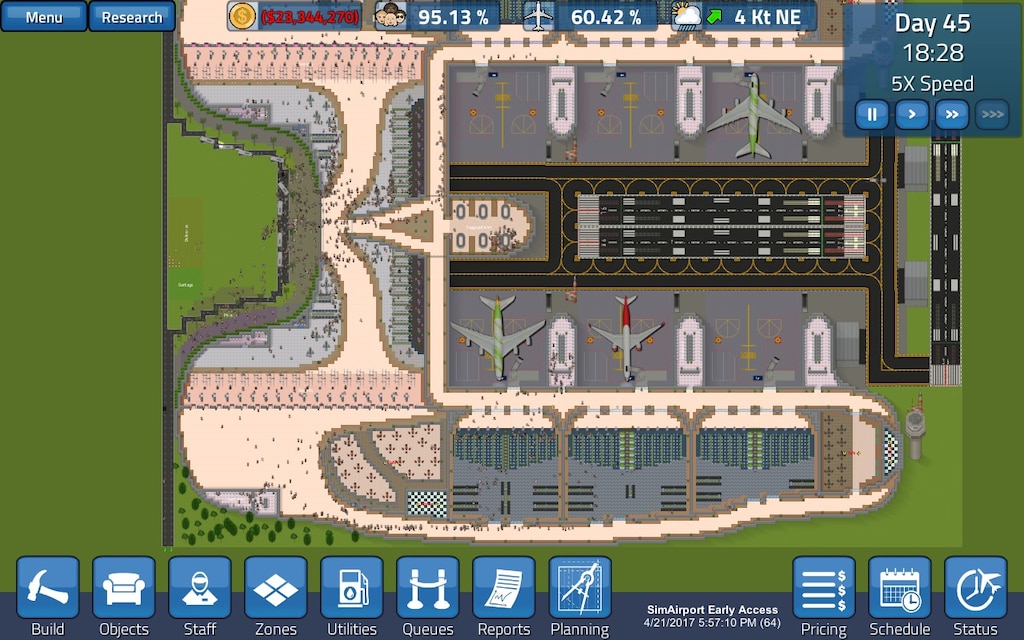 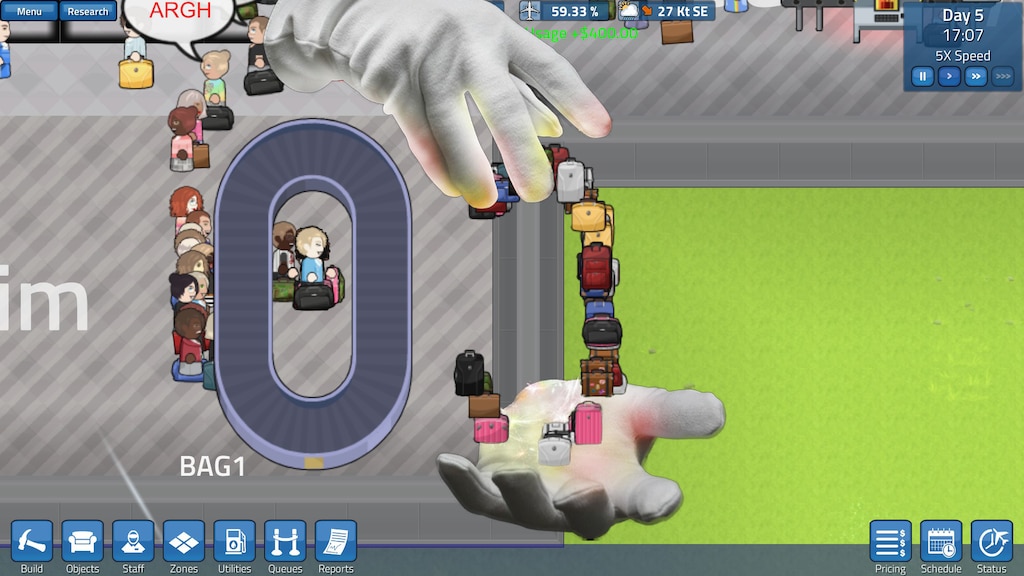 0
0
I found something magical in Rdizz' screenshot

A guide to successfully starting from scratch.
I have done atleast five scratch starts that have been successful, even using the XL gate, all on the biggest map size. This will show the conditions that need to be met, as well as showing the process I took to create a self- sustaining airport out of $1,...
34 ratings 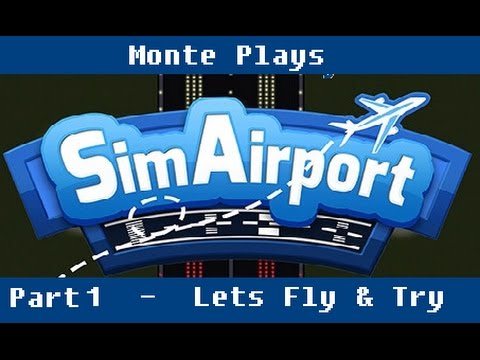 How to create a Custom Airline for Sim Airport
Here you learn how you can create a custom airline (a airline mod). from 01/2019 You need a few programs at first 1. Sim Airport (Game) 2. notepad ++ (a editor for the config) Link: https://notepad-plus-plus.org/do... 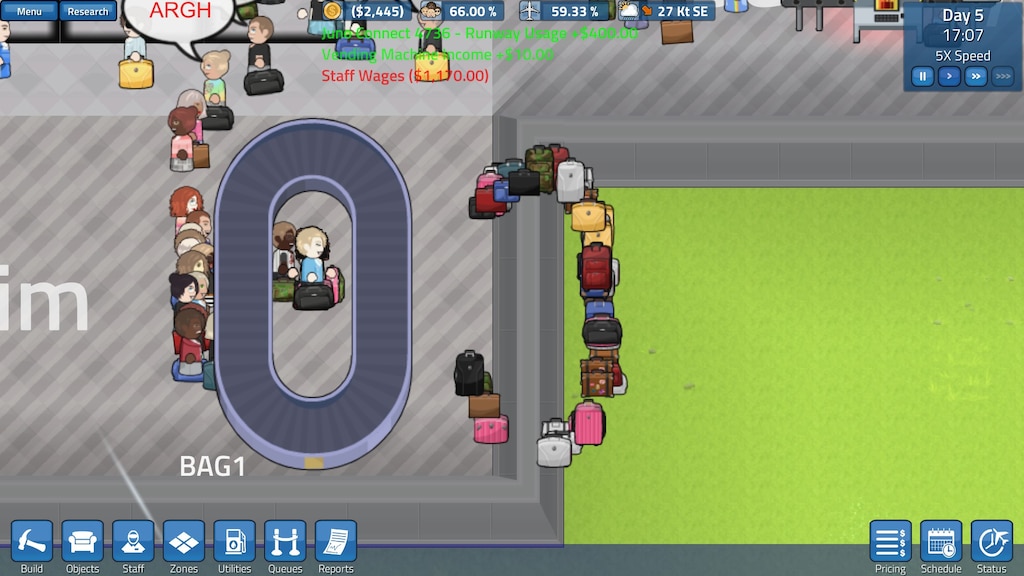 SimAirport: Tutorial / How To Play
*SOME THINGS ARE OUTDATED* A tutorial on how to play the game. With video and images!
28 ratings 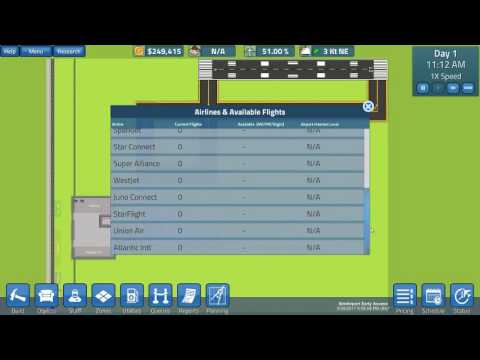 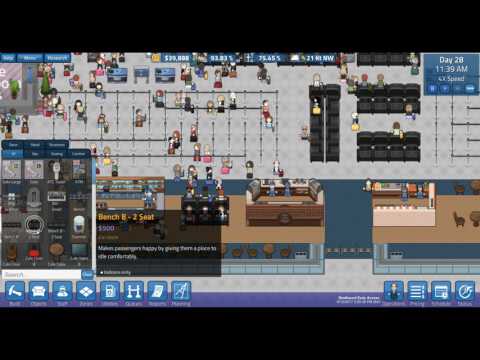 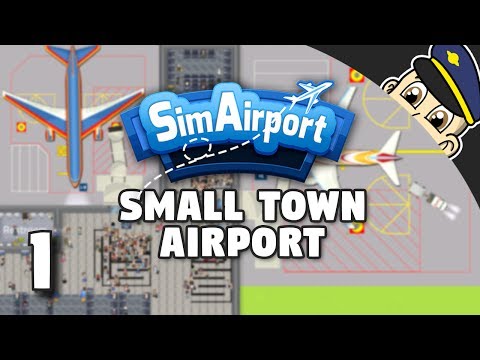 Recommended
15.5 hrs on record
WOW!! I can't get enough of this game. This is THE airport simulation game I've been dreaming of for years!! Someone finally is getting it right :) 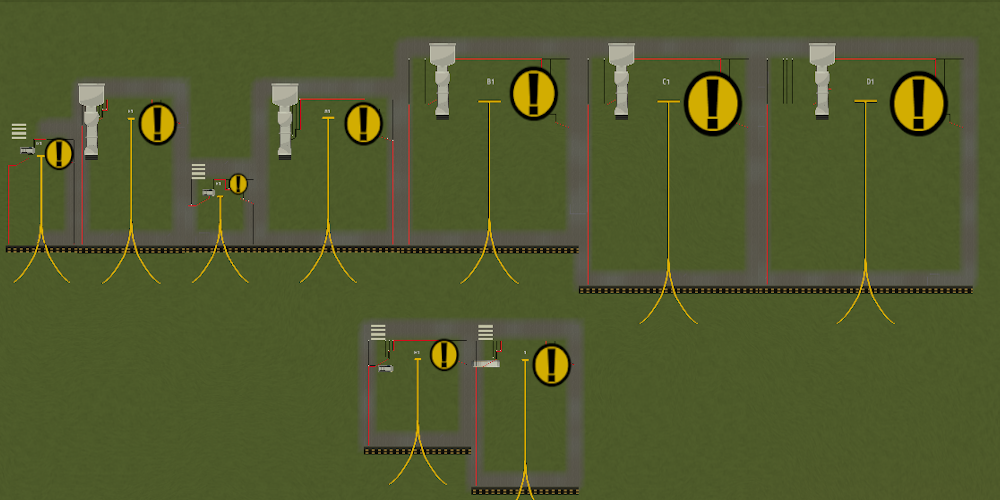 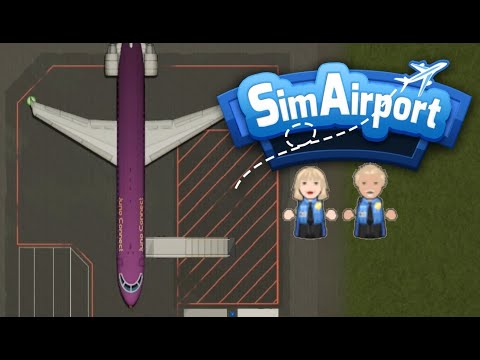 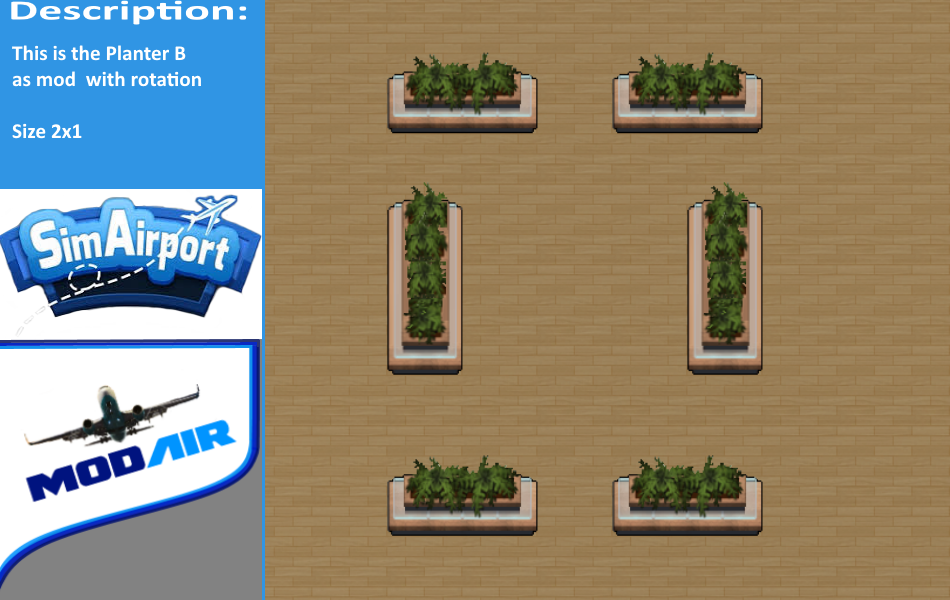 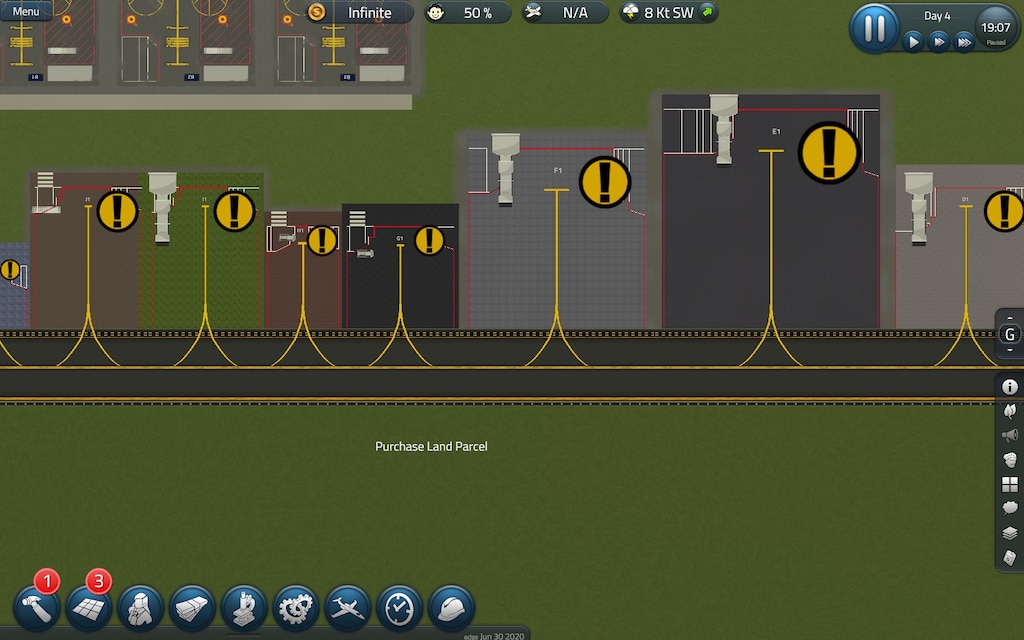 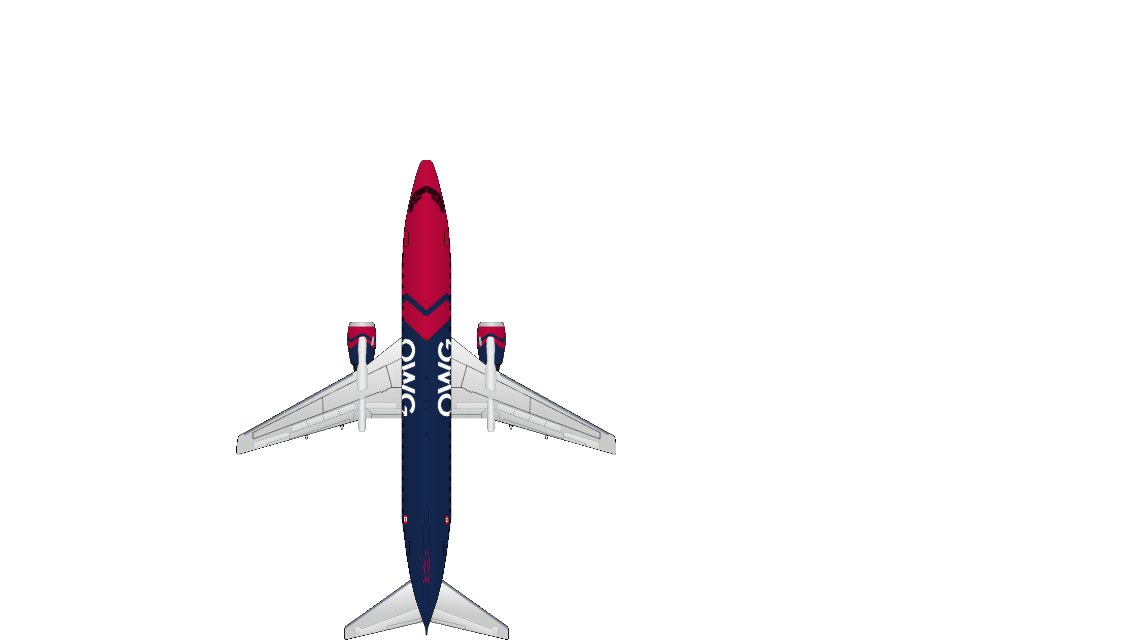 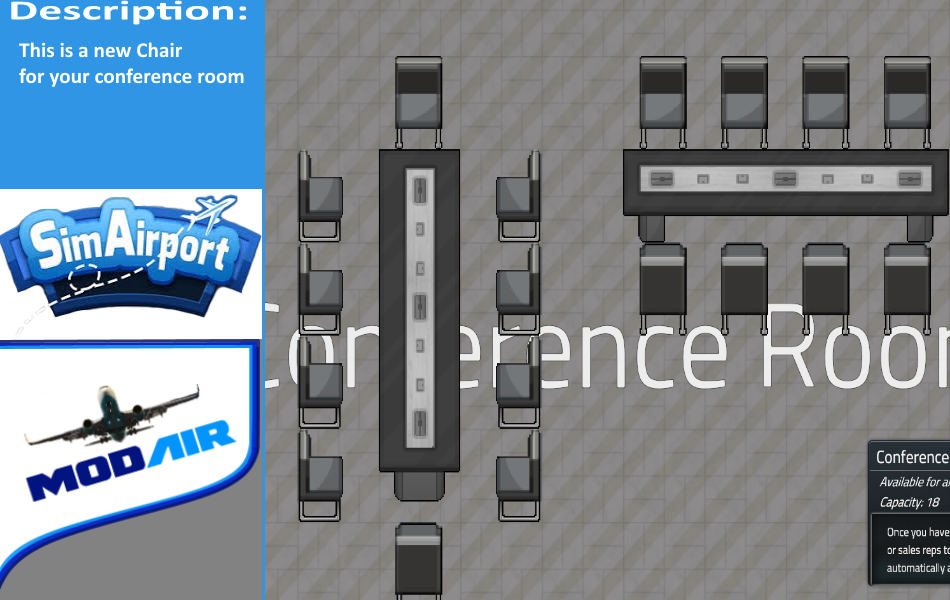 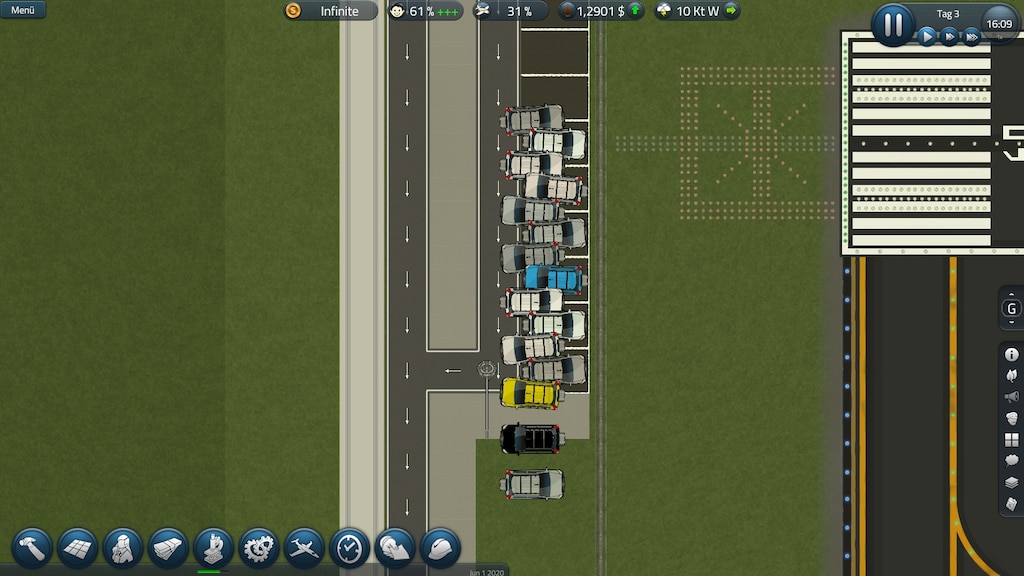 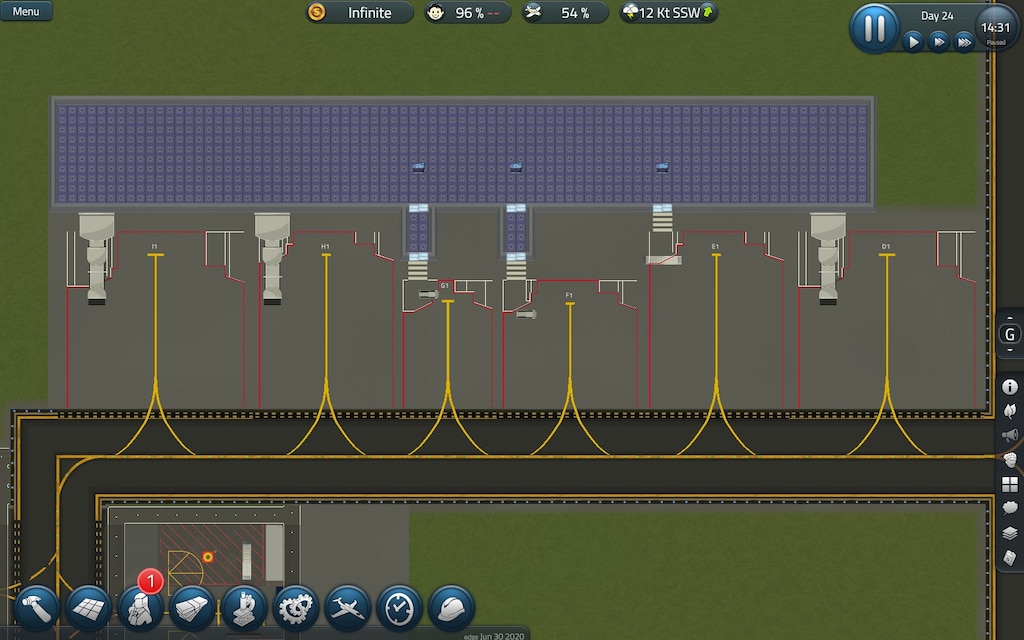 Not Recommended
0.5 hrs on record
I got this game because of the positive reviews but it's really not very good. It has terrible graphics, looks like something from 20 years ago. Not at all fun to play. I also have similar game Airport CEO and that is much slicker than this.

RuBoZ
46 products in account
0
Shading of zones
Hey All So its been a few months since I last played the game, but picking it back up recently I noticed that the shading of the zones- security/ticketing/etc - is incredibly dark - to the point any theming I take the time to do, you can not see it anymore - it even makes building the area a bit difficult. Am I missing somewhere to 'tone this down' or is it a bug that has popped up recently? (I'm not usually this dense... but for the life of me I cant find a way to upload an image here... so if anyone h...
2

stitch626
5 hours ago
Edge Branch Discussion
June 2020 Update
May 28
Welcome to the June 2020 update patch notes! This cycle brings a large selection of quality of life improvements, lots of fixes and behavior improvements, and a few major new features such as parking lots and gate policies. See below for the full details!

Developer Live Stream
We'll be hosting our typical fire-side live-stream this weekend, to answer questions and just have some fun with the community.

Ever wanted to create a massive plot of asphalt with a couple of squigly lines? You can now do so, and even profit from it!Build modular parking lots around your airport, or even below it underground. Passengers will come in with a car and use the free spots (usually the ones closest to your dropoff) and catch their flights as usual. Later, the cars will be used by arriving passengers to get home -- and they have to pay the fee you've set in order to do so - be careful though, if fees are too high it's likely to discourage the usage of your parking lots!

As gate control received a warm welcome there was also the question for more fine control, gate policies make it possible.Gate policies replace the gate control system and can either be used as a drop-in replacement with nothing changed, or as a strong fine-tune control mechanism for your specific needs. Custom policies for remote or terminal gates or a specific setup for one terminal - you can choose precisely what the policies do and to which gates they are applied.Small Tip: Policies can be applied from the gate control in the Operations Control Panel & on the selected-object menu after clicking directly on a gate, too!

All new in-game notifications; keep an eye on the left side of your screen, just under the main menu button, and you'll occasionally see some icons popping up. This is the new notification system -- it will inform you if anything noteworthy happens in your airports, such as a fire breaking out or flights being canceled.Hovering over the icons will give you additional information, and left-clicking will center the camera to the point-of-interest. Right-click on a notification to dismiss it.

This one was highly requested, you asked for a way to remove airlines, and we went ahead and implemented it for you!Removing an airline isn't completely possible, there always needs to be at least a reference to it in a save since data for at least 30 days is saved (including flights and airlines), but we now allow you to effectively "perma-hide" airlines from all display locations if desired.You can now hide any airline in a given save; to do so use the flight scheduler and click "Hide" on the airline you want to no longer see or depend on. Once hidden, the airline will no longer show up unless you enable the "Hidden" filter. Additionally, any hidden airline will be ignored if their definition is missing, meaning no "Missing Mods Detected" dialog if you hide them all!

SimAirport
182
35
Optimization
The game needs better optimization, is that going to happen at some point? I found it very surprising that my airport was using 29 gigs of ram and utilizing 80% of my I7 9700k locked at 5ghz all cores.
2

Smilinglyer
1 hour ago
General Discussions
Community Ideas & Suggestions
PLEASE READ OR SEARCH TOPIC BEFORE POSTING TO SEE IF IDEA ALREADY MENTIONED PLEASE - Thank you :-) I been thinking about real airports as I've traveled in and out of country. So I had some thoughts. And I'm keep updating top post...
1,383

dragonsphotoworks
Jun 11 @ 11:08am
Ideas & Feature Requests
Bus pick up. Logic??
i'm not understanding how the buses pick up. do they have a timer. do they have to fill up. I have a bus parked across the turning and it wont move. no body can access it. and then the whole system snarls. update. changed the system. now just reloaded and its gone from working to not. - also saves are now massive......
3