West of Loathing — a slapstick comedy stick-figure wild west adventure role-playing game.
$10.99
Visit the Store Page
Most popular community and official content for the past week.  (?)
What did you name your horse?
I ride atop a pale horse... and I named it "Ghost Ridee."
342 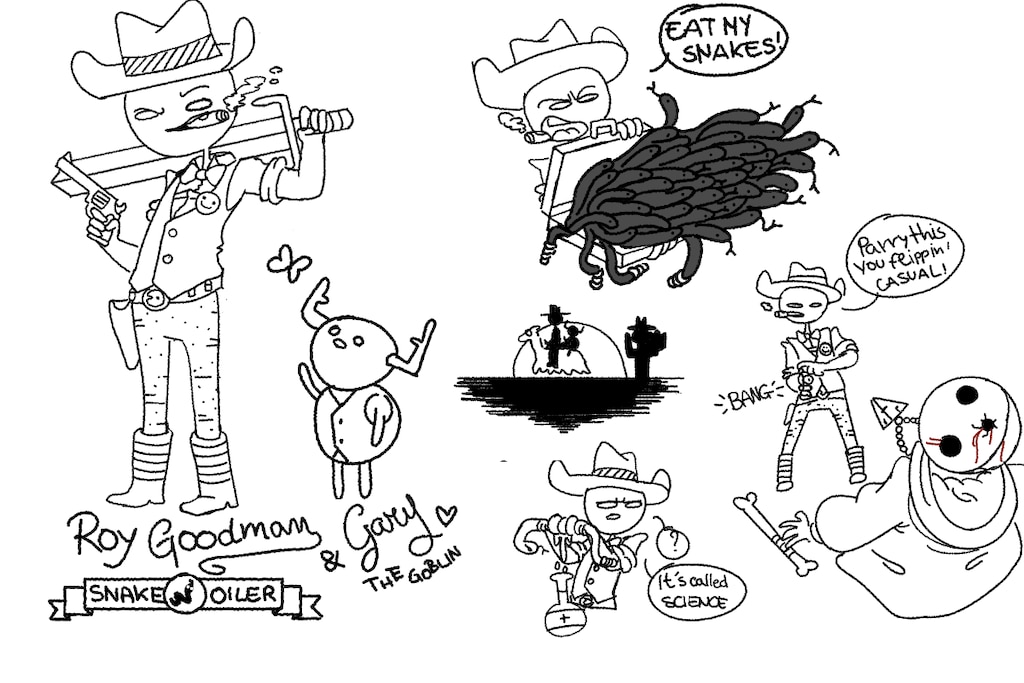 Take off every 'zig'!!
View all guides
Artwork 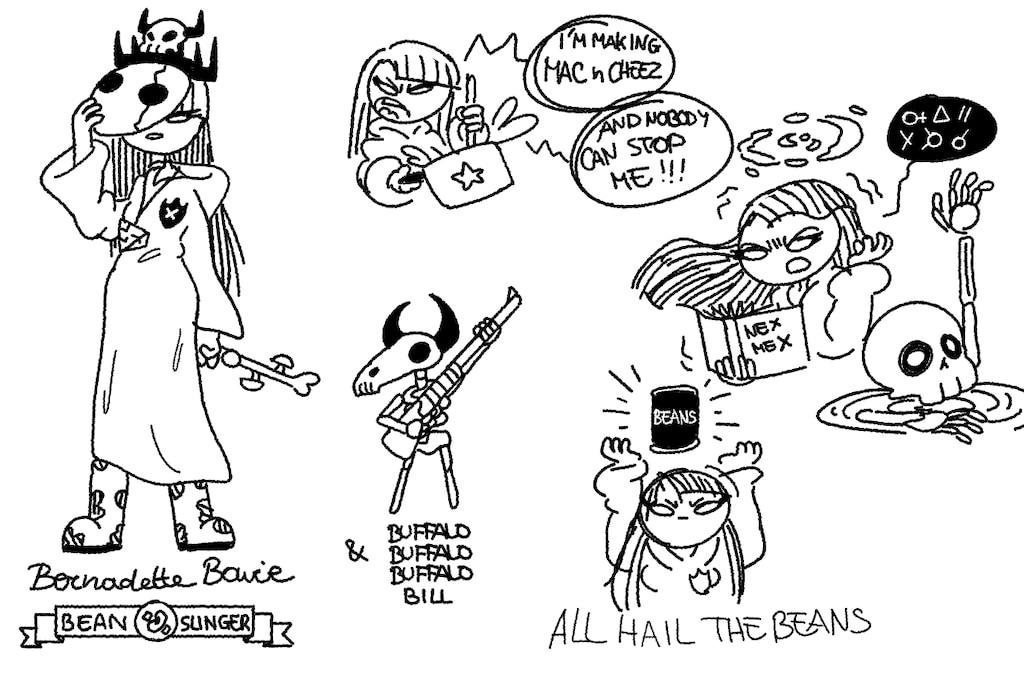 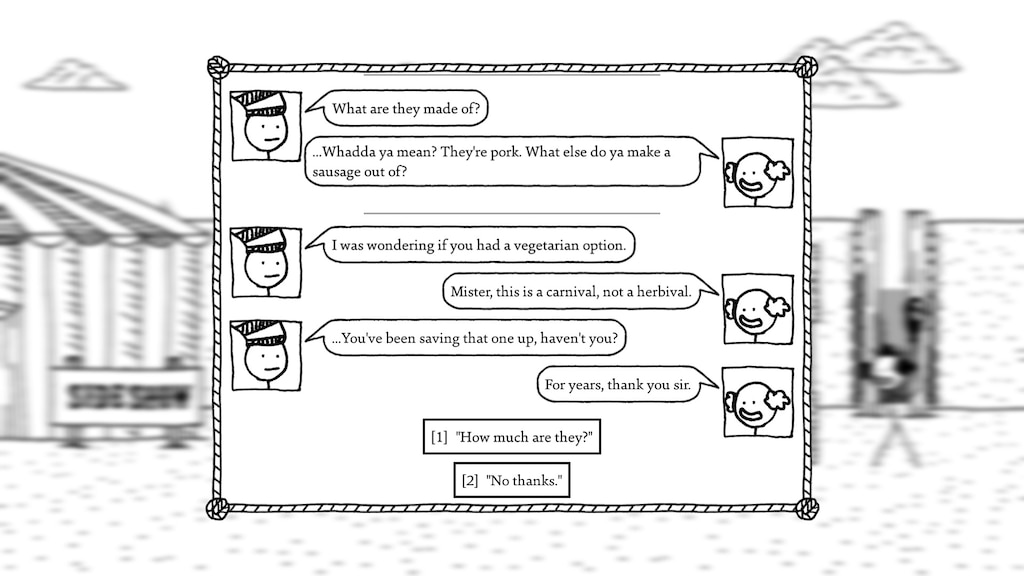 1
7
this is a carnival, not a herbival 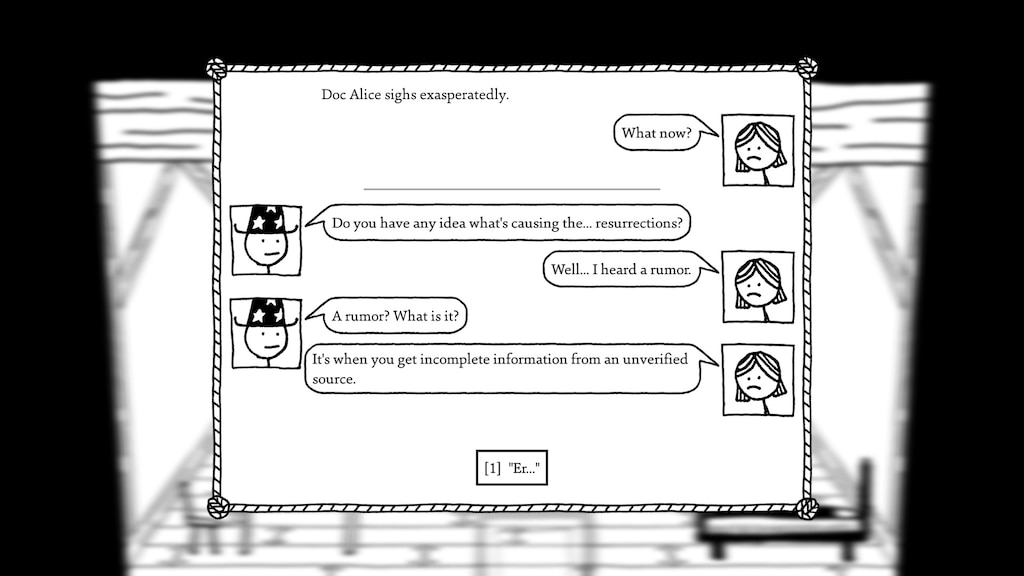 2
6
yep, this is a loathing game alright

Character Class Guide
Lookin' fer t' optimize a character? Well, look no further! Well, after you click the link. Then look no further! 'Cept obviously, look down, as not everything will be at the top. I s'pose there's a lotta lookin'.
100 ratings

Shop Upgrades Guide
A list of what items you can unlock based on what order you add shops to Dirtwater.
100 ratings

Abandoned Pickle Factory
Did you go through the dream sequence when you started to go into the Pickle factory, and just skimmed everything thinking it wasn't going to be important, only to find you needed the directions from it? I did. Well, here's what you missed and how to ge...
92 ratings 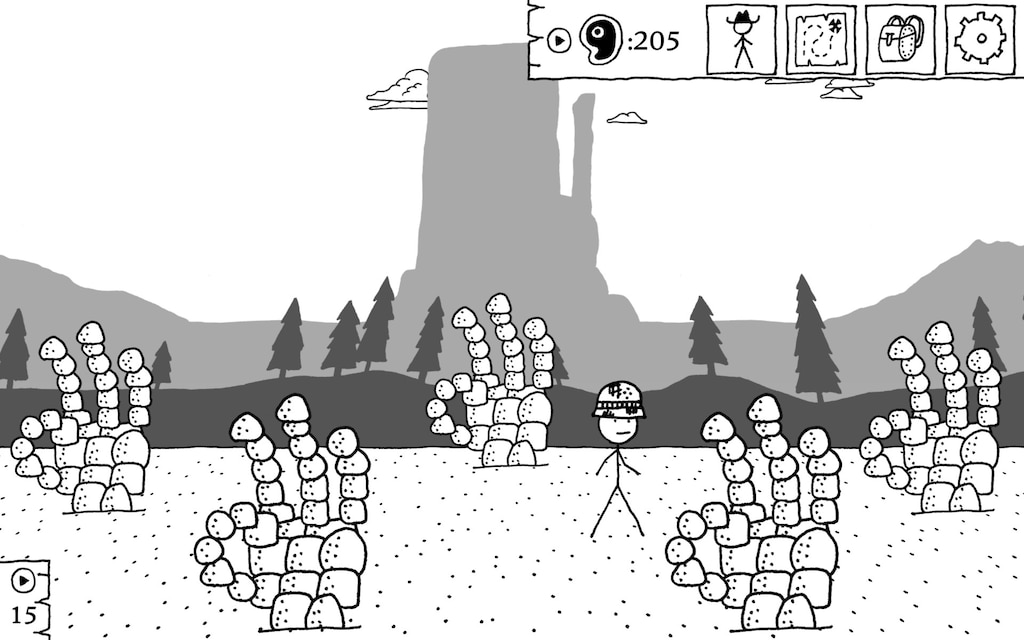 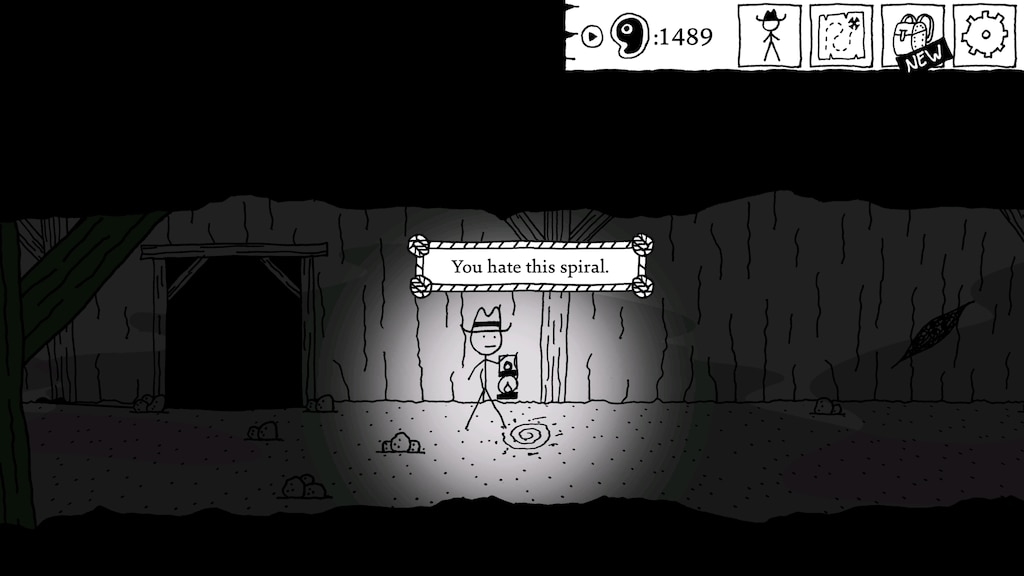 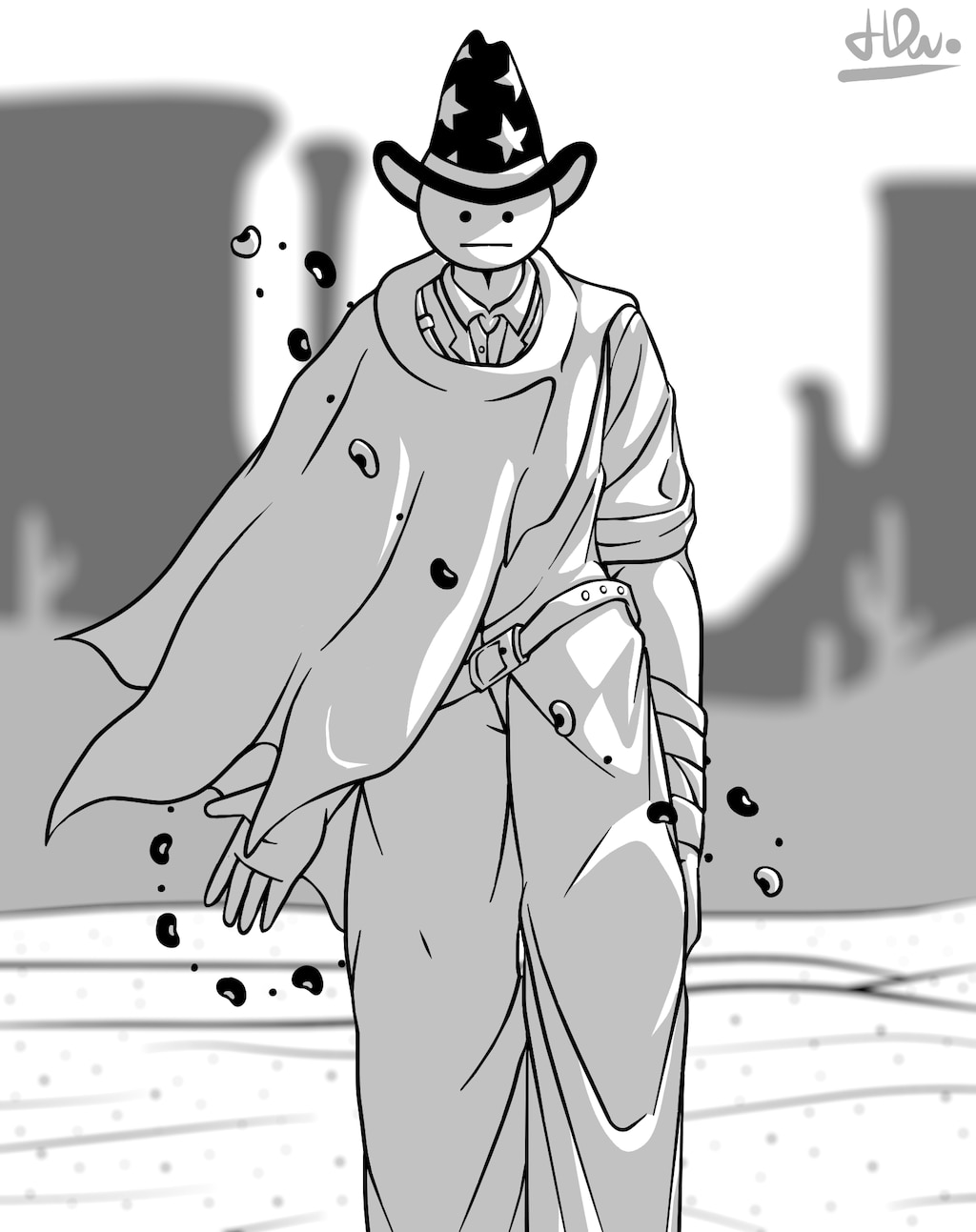 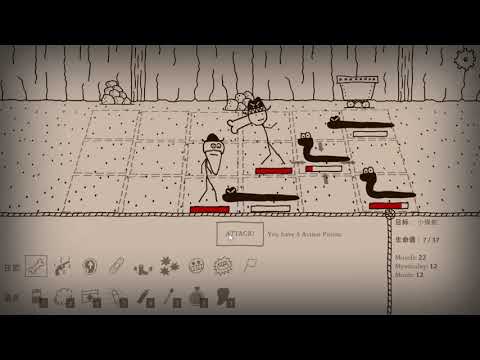 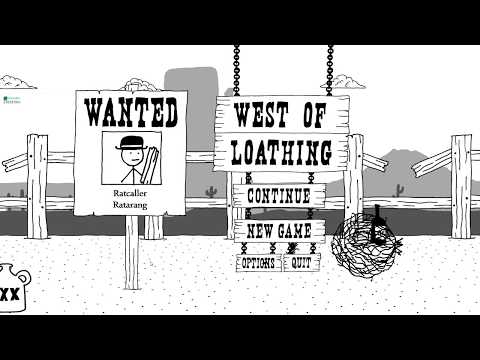 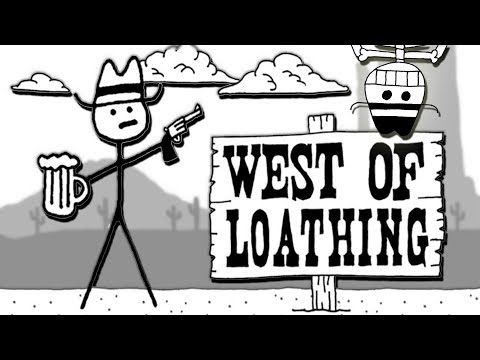 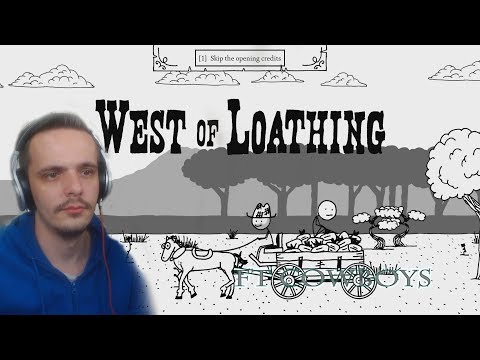 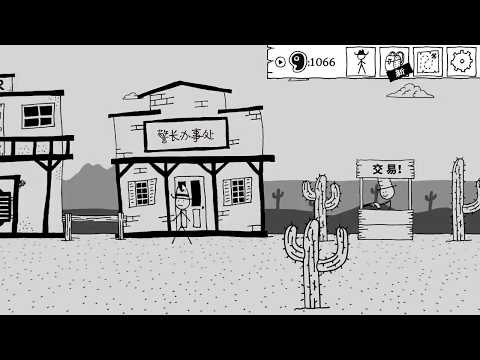 An incredibly fun and funny RPG game set on the wild west.

With stick figure graphics and plenty of humor, West of Loathing is, at its core, actually a very simple RPG - plenty of the game happens via dialogue with NPCs and XP is gained every time a task, fight or challenge is completed. XP can then be invested in upgrading the character's attributes and skills, with new skills and perks obtained along the way. There are 3 classes to choose from - Cow Puncher (melee fighter), Beanslinger (wizard) and Snake Oiler (shooter and potionmaker), each with their own skills, in and out of battle.

Despite how simple the game is at its core, it's at the same time a lot more complex that it seems, but it never feels like it's overwhelmingly complex. There are ways to upgrade the character's stats each day, companions to level up and do their personal quests and a lot more to find out along the way.

One of the positives of the game is that combat is rarely forced - there are some situations where it's inevitable, but in many cases, having a skill at a certain level or the right item or perk allows the character to avoid combat entirely. Combat itself is also pretty simple - the character has a number of APs to use during the battle to use skills and each character gets a turn, consuming items doesn't end the character's turn, and combat has no effect on the rest of the game once the fight ends (as in, it isn't necessary to recover HP or heal status ailments after a fight is over). Losing a fight is also not a major issue, as all it does is increase the Angry status by 1 (and if it goes over the limit, you pass out and wake up the next day), but it never causes loss of XP, items or Meat (the game's currency).

As mentioned, the game is incredibly funny, with humor being pretty much the core of the game. There are a lot of places to visit and quests to complete, but at the same time it's also not an overly long game either, with the DLC adding a few more hours to its length.

The only issue with the game is that some of the puzzles in the game are needlessly complex. There were many cases where the puzzle was just way too enigmatic for me to solve on my own (having to resort to look it up) or when I thought it was something that I couldn't complete at the moment and would have to come back to later, only to later realize that it isn't the case and it is just that complex after all. It stands out from the rest of the game and feel like they don't fit in with it.

An easy recommendation, even at full price. 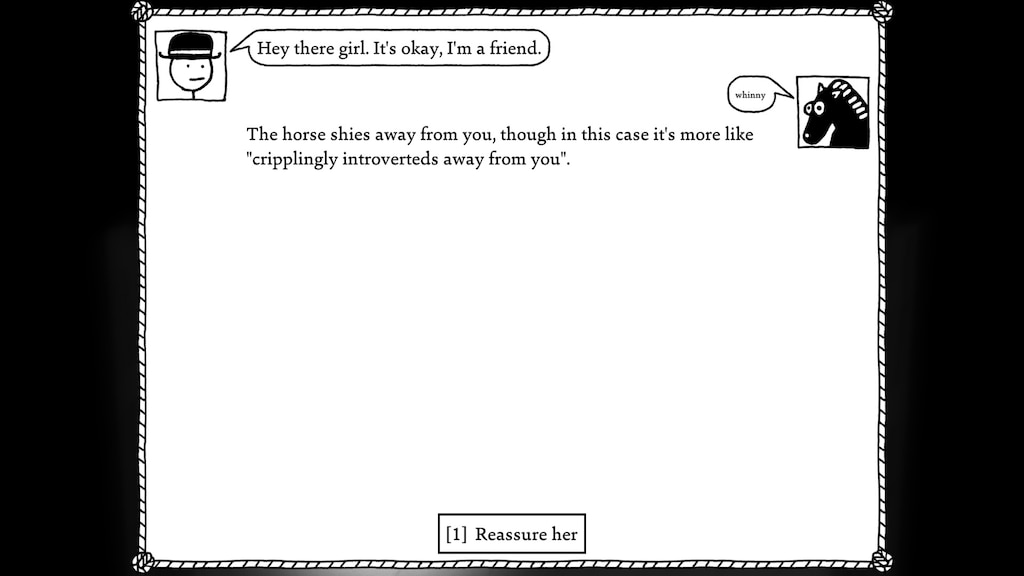 MdP サイコ
View screenshots
Who is your favorite Padner?
I like Suzy...Just think she looks cool!

Woofy
Aug 18 @ 7:46pm
General Discussions
Help I accidentaly fired the cannon randomly
Does anyone know where I could get the cannon ball back or is it lost forever?
5

OrsO
Aug 1 @ 7:33pm
Spoilery Discussions
Can you play Gun Manor right from the get-go?
I was just curious. Is it stand alone? :)
5

Andrew R
Aug 22 @ 5:36pm
General Discussions
No one has rated this review as helpful yet