Join a world where you design, create and pilot your own air sea rescue service. Release your inner hero as you battle fierce storms out at sea to rescue those in need.
$24.99
Visit the Store Page
Most popular community and official content for the past week.  (?)
v1.5.3 - The Train Signals Update!
Jul 1

In this weeks update, we have re-engineered train signals so that they are an add-on rather than being baked into the world.

The implications of this is that train signals can be replaced with an add-on. This is something that the train community has been asking for, for a long time. It means that different styles of signals can be used, as well as mechanically different signals that follow different logic, unlocking the potential for automation and other mechanics. 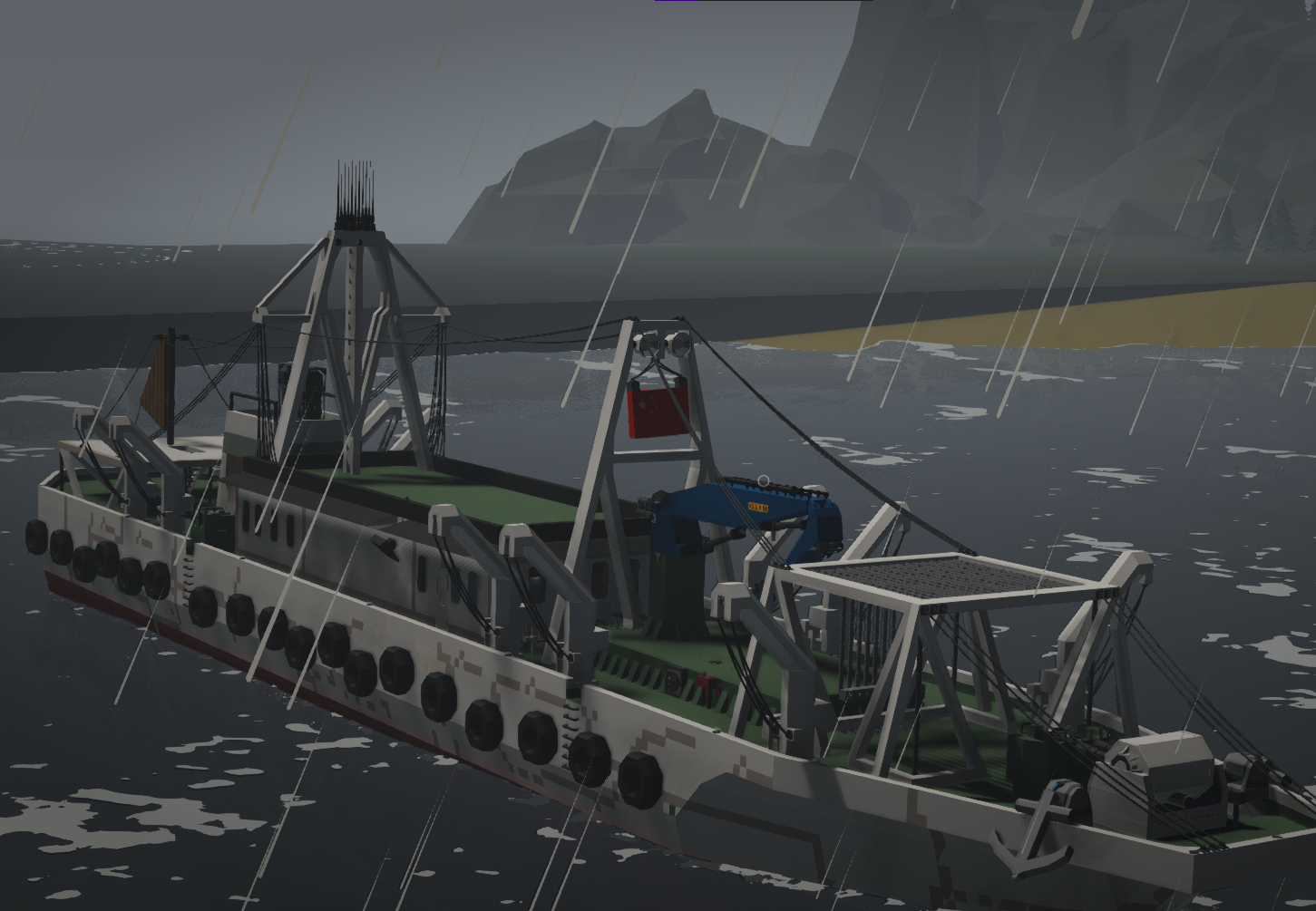 This update is of course, a minor step in expanding what can be done with modding. While the headline might be "train signals", the majority of this update is actually bug fixes, as we continue to work through all the issues and defects in the game, and tighten up the quality of experience. While plenty remains to be done, we have made huge progress so far this year, as we have rebalanced our time and processes to avoid adding new issues, while clearing out the backlog of existing problems. While it can be difficult to measure from playing the game, we are counting the issues, and only a fraction remains compared to how the year started out. 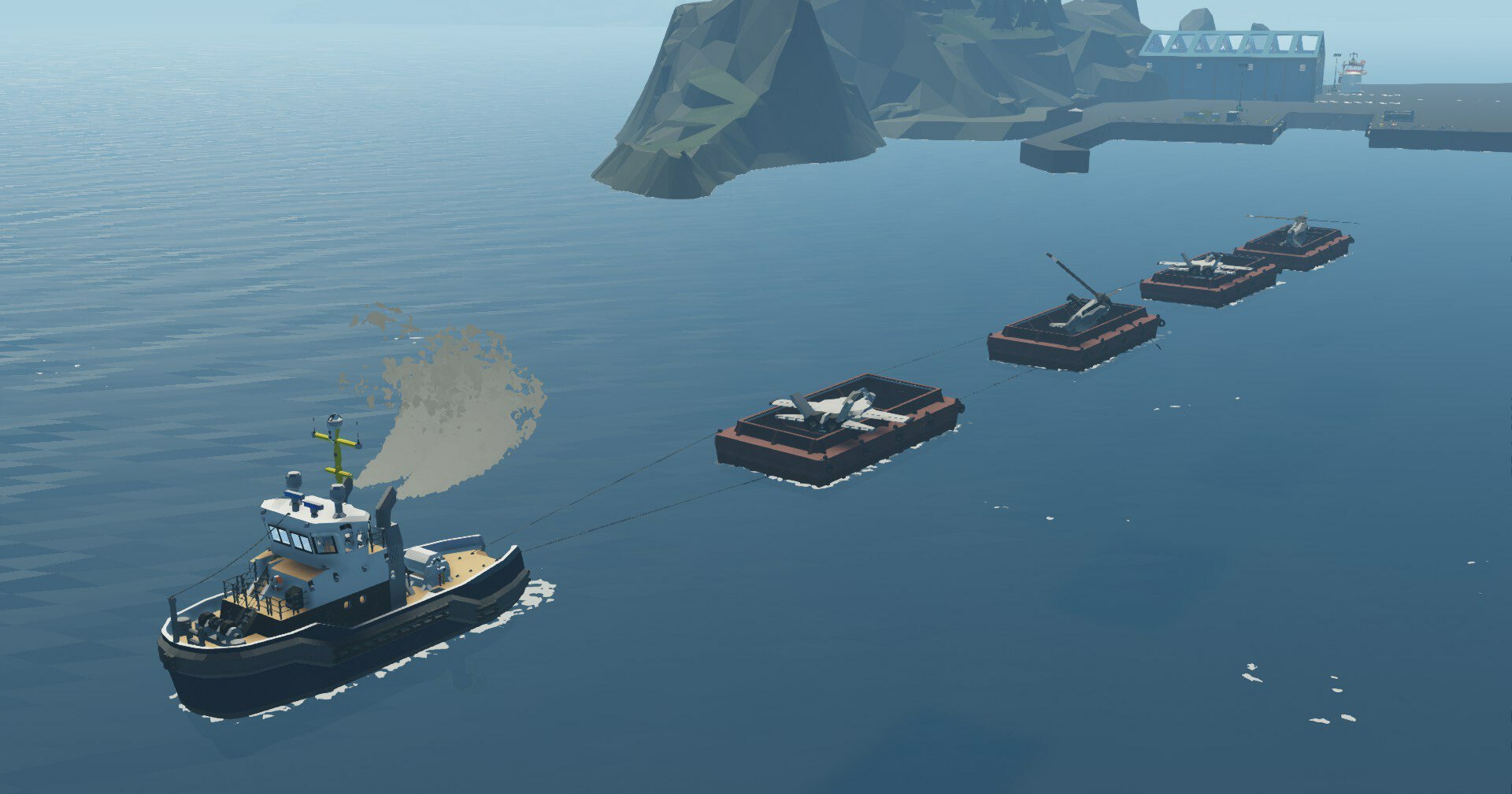 There are many different ways to play Stormworks, and we want to make all players happy, so the minor updates focus on different areas as rotate our focus around the different Stormworks communities. This can cause friction in the comments section.

Our advice is not to take the comments too seriously. We make an active effort to count and measure players requests, and we won't count one opinion over another. To the vast majority of players giving calm, constructive, and valued feedback, thank you. We do our best to be fair with our release plans, and while everyone may not benefit from this weeks headline as we show some love for the trains community, hopefully all will notice benefit from the fixes, and all will enjoy something more relevant to their community in the next few updates.

Please see below for the patch notes with the full list of fixes and improvements.

Changes that include a #NUMBER relate to fixes or features submitted by the Stormworks community via 'geometa.co.uk/support/stormworks' which can be accessed via the 'Report Bug/Request Feature' button in-game.

Posting a submission to this tracker ensures we review your suggestion/report since we may not see reports submitted via other channels.

The default train signals have now been converted to an addon, with an updated default signal. This conversion much like the other default playlists makes it very easy for players to replace with their own and upload to the workshop to share with the Stormworks community.
Additionally, in this update we have reworked ropes and winches to fix several longstanding issues including crashes, freezes and unexpected rope based deaths.

Stormworks: Build and Rescue
542
117
My ape brain is tired.. Is there a dumb setting?
This game should be my cup of tea, but the learning curve is somewhat mind numbing. I play/played the hell out of Space engineers, and it took some time to get used to its systems, but it wasnt as "hands on" or "manual" as this. In SE, you put components or systems down, they do what they are supposed to without anything further unless i tweak them myself. Here, i have to understand alot thats not gone into in any depth in game, and i feel thrown to the wolves. As an example, i tried to build a tank. I t...
8

This week is announcement week where we discuss our development plans and release new information. There are no huge announcements this week so we will keep it brief.

The Steam Summer Sale is now on, and for the first time in Stormworks history, we are in the sale! Stormworks is currently 30% off, and 20% off for the DLC. 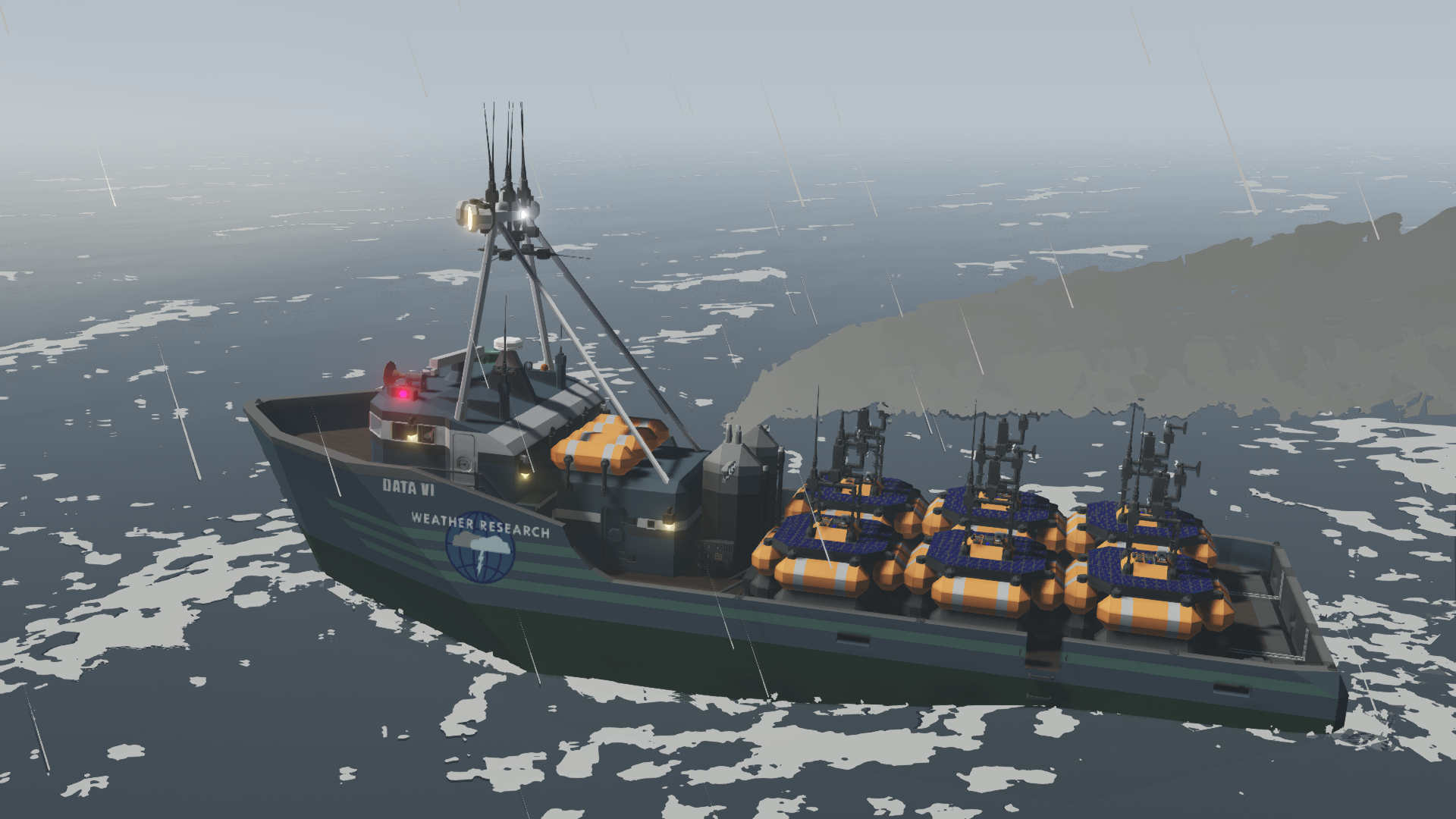 Next week we have a new minor update planned with many fixes, and some reworks, including replacing some existing game content with add-on content to make the game a little bit more moddable. More info on this next week with the release!

While we are testing next weeks minor update, we are also adding the finishing touches to the following one. In the following minor update, we plan to add some new equipable outfits! These are new outfits that fit in inventory boxes in a similar way to scuba / diving / firefighting, except with a different function. 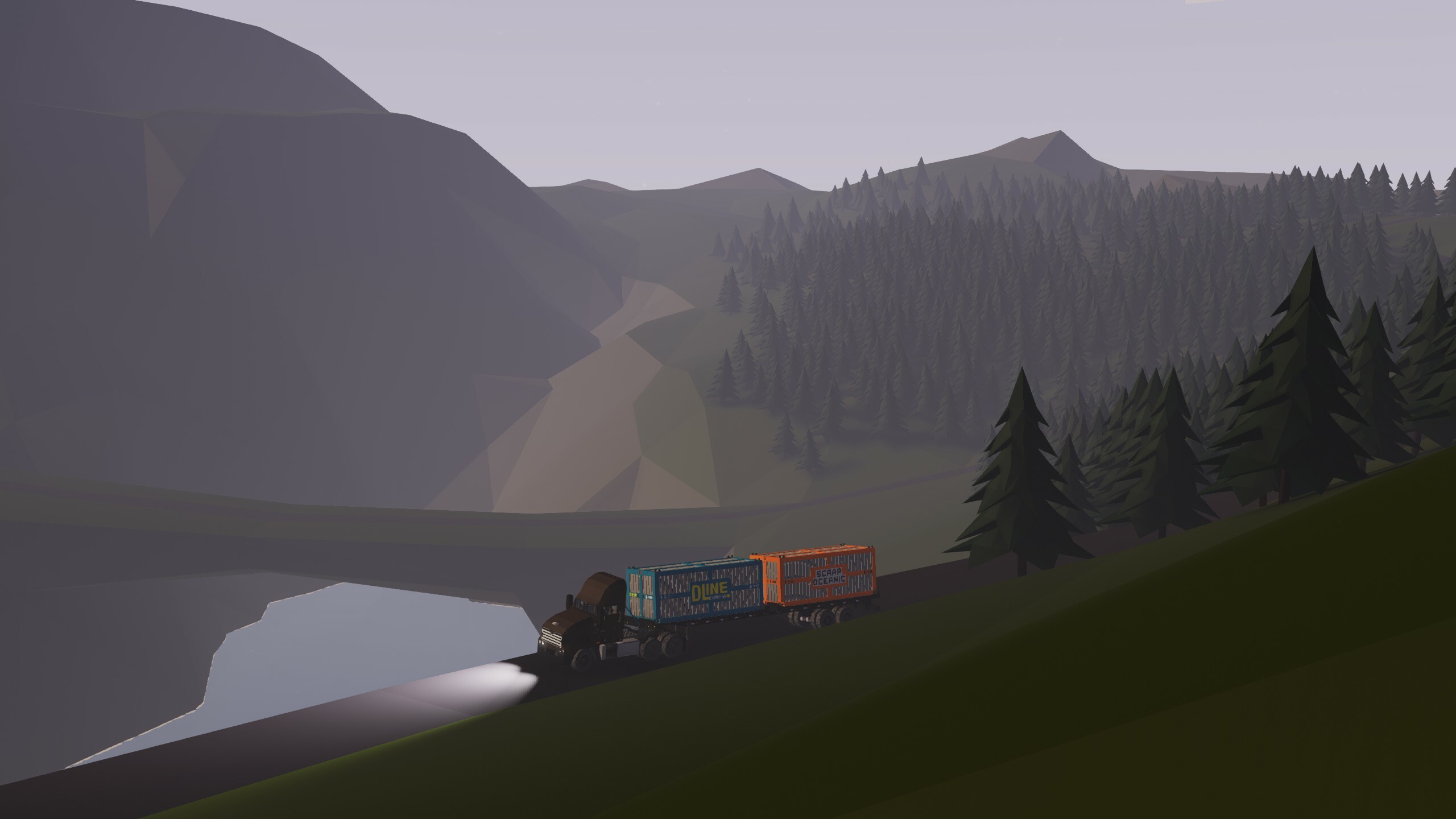 Other projects in progress is the next major update which is looking awesome but sadly not due for release for a few months, and some technology tests for the new game engine that we are working on. We are having a lot of fun working on all these new updates and improvements and there is a lot for players to look forward to over the rest of the year and beyond.

Catch you next week for the minor update! 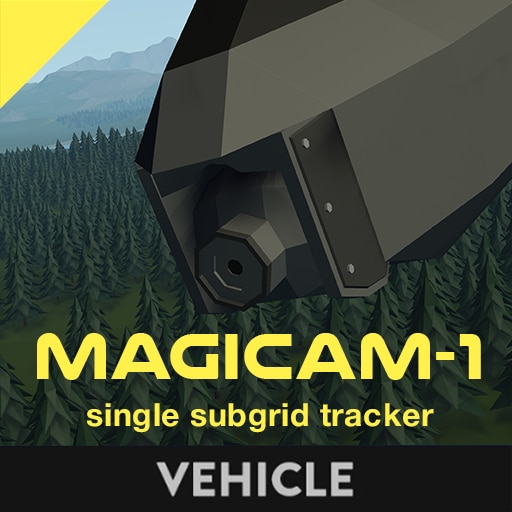 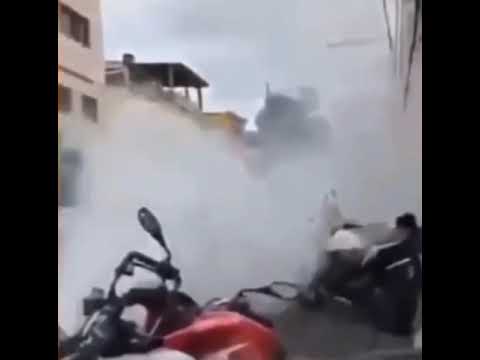 In this weeks minor update, we are adding the new vehicle mounted welders and end-effectors, designed for use with autonomous and unmanned vehicles, and manned submarines.

The new welder is an electric type welder and works underwater. As you may expect, when active it repairs any damaged blocks immediately in front of it.

The end-effector component can interact with any button immediately in front of it, as well as interacting with doors. 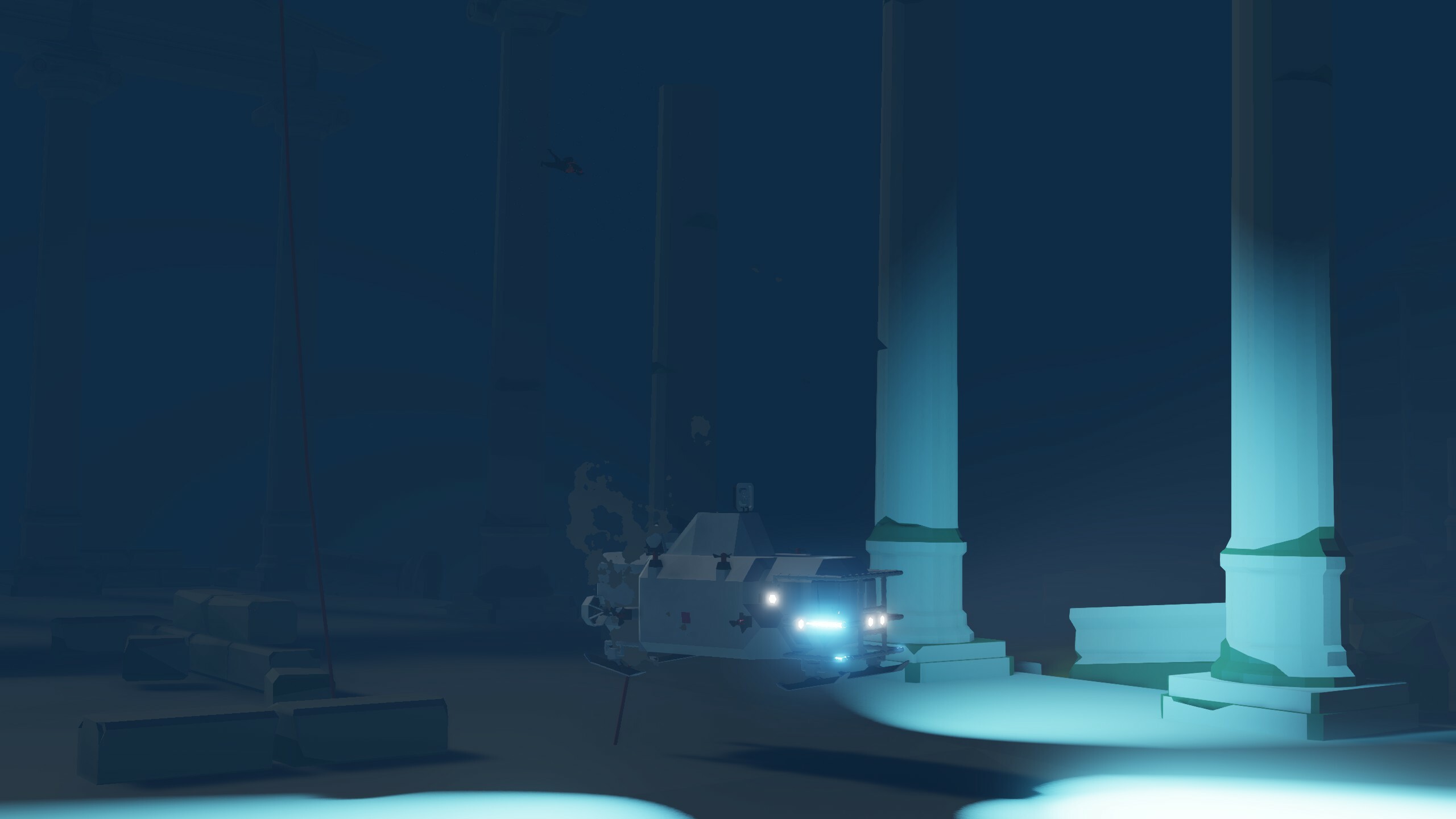 With the combination of these 2 new parts, players can now achieve a great many tasks previously requiring manual operation. This can be particularly useful when in hazardous or hostile environments such as high temperature, deep under water, or around radioactive materials.

As well as these new components, there are many important bug fixes and improvements. Please see the full changelog below for full details. 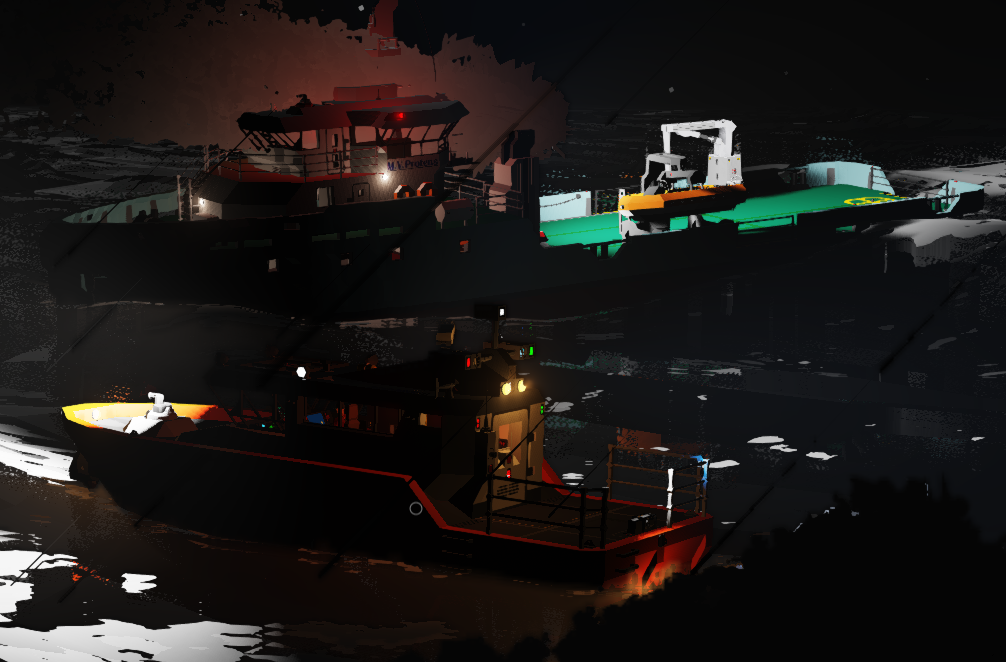 We look forward to reading your feedback, and seeing what players create and get up to with the new components!

Changes that include a #NUMBER relate to fixes or features submitted by the Stormworks community via 'geometa.co.uk/support/stormworks' which can be accessed via the 'Report Bug/Request Feature' button in-game.

Posting a submission to this tracker ensures we review your suggestion/report since we may not see reports submitted via other channels.

*Sonar ping input must now be held to continue receiving information from that ping; passive data is no longer output while actively pinging. 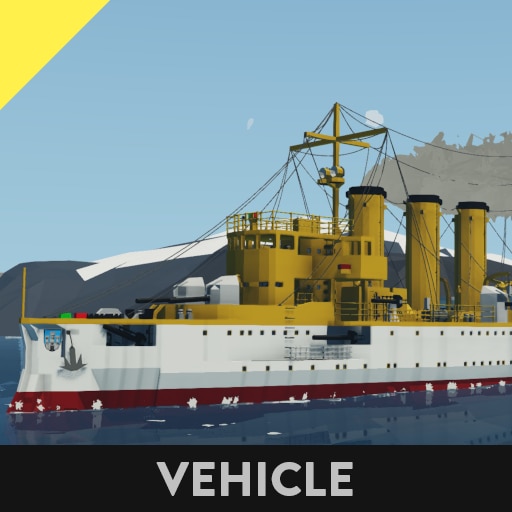 Custom Workshop Thumbnails
Sure it's easy; once you know the tricks
33 ratings 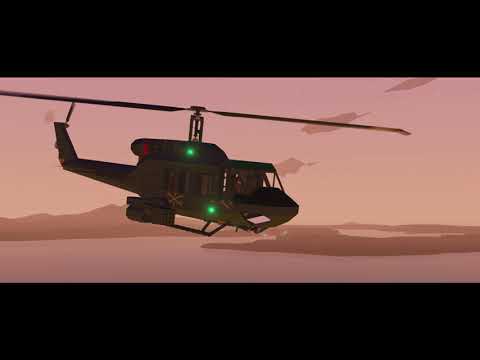 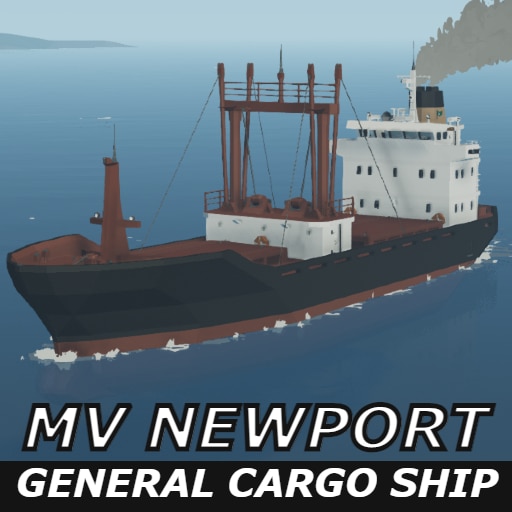 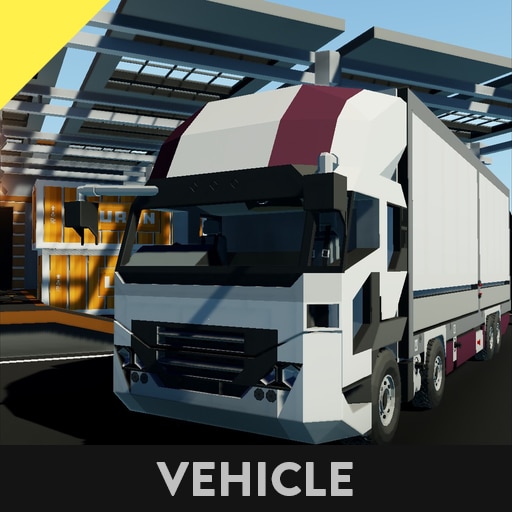 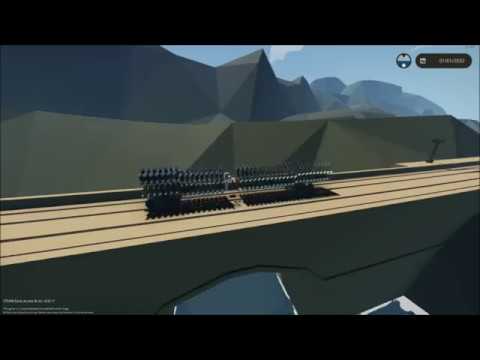 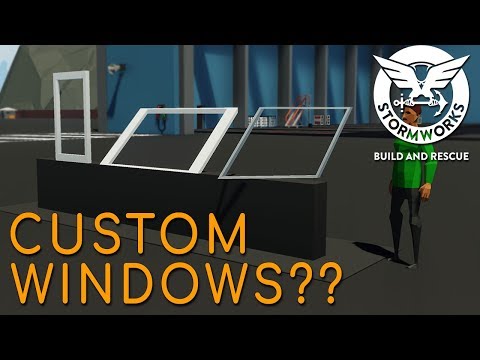 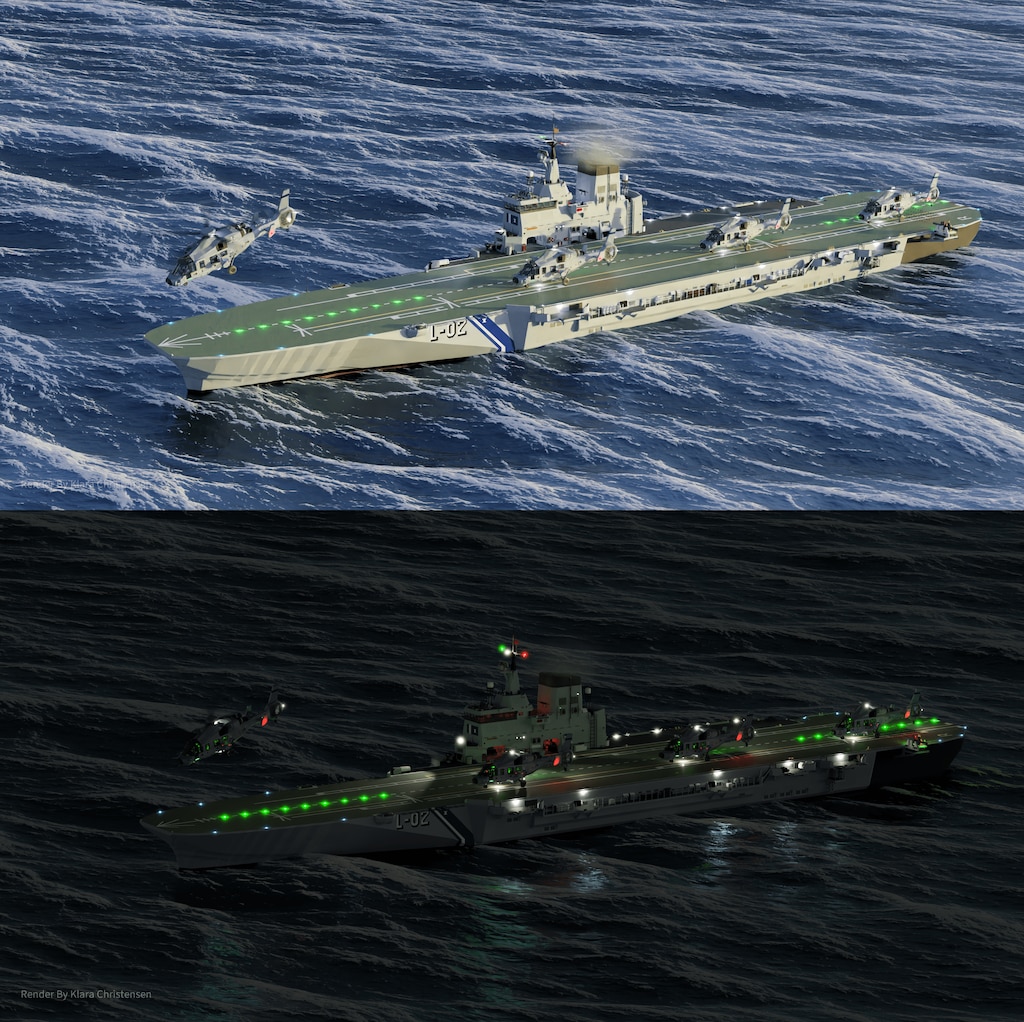 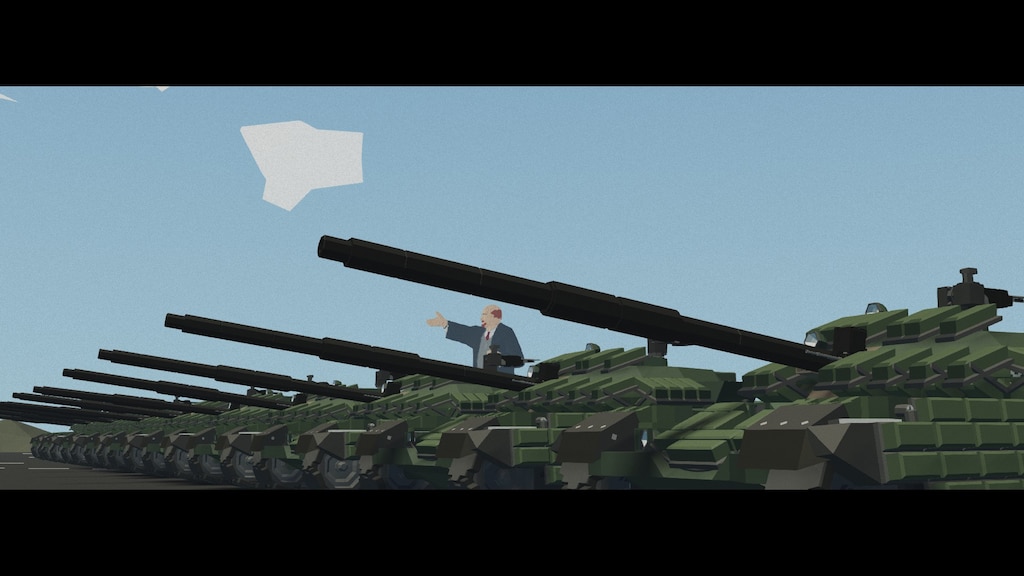 0
8
I was flying a bomber and in the background is saw this?!?

0
8
Some people were telling me that this image looked almost real, lmk what you think. 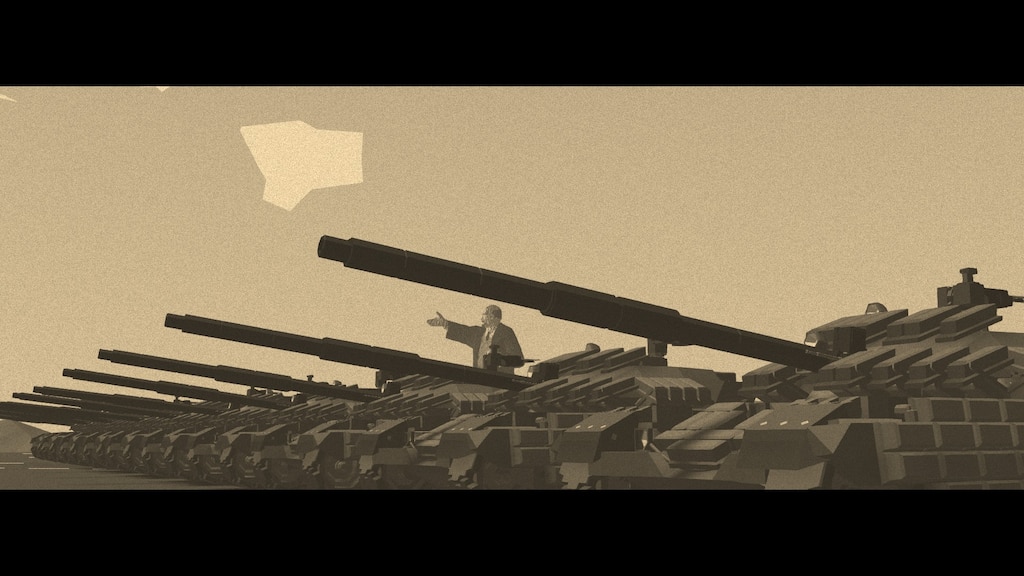 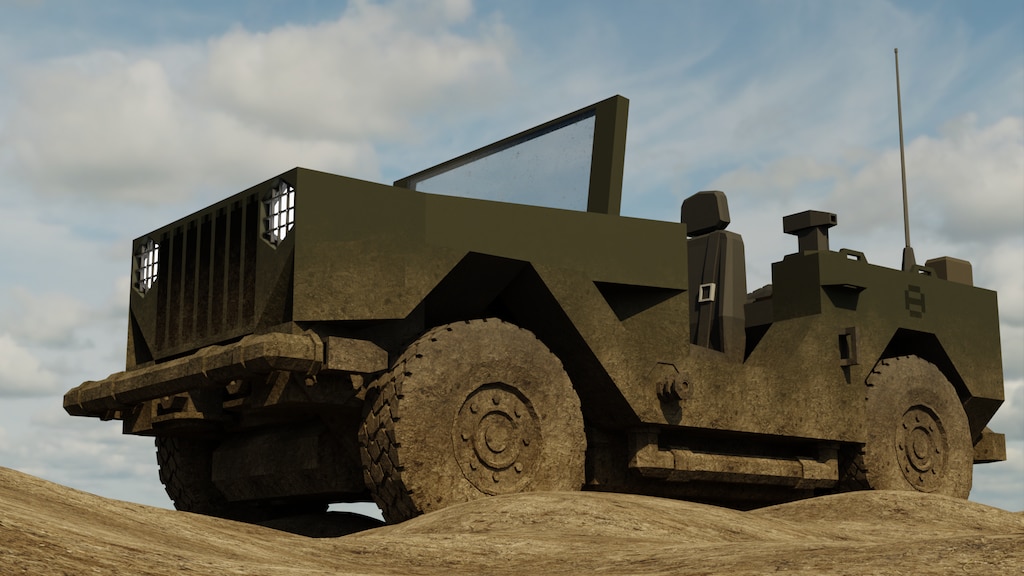 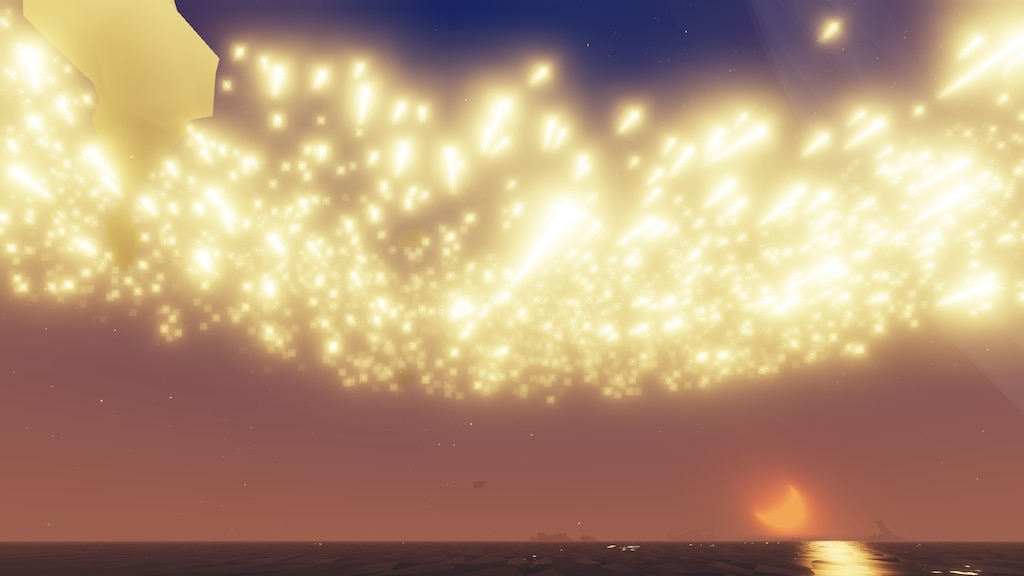 0
7
using an autoclicker on the spawn meteor button. ive been here for an hour and my computer and the game are still holding. only 1/10th FPS. 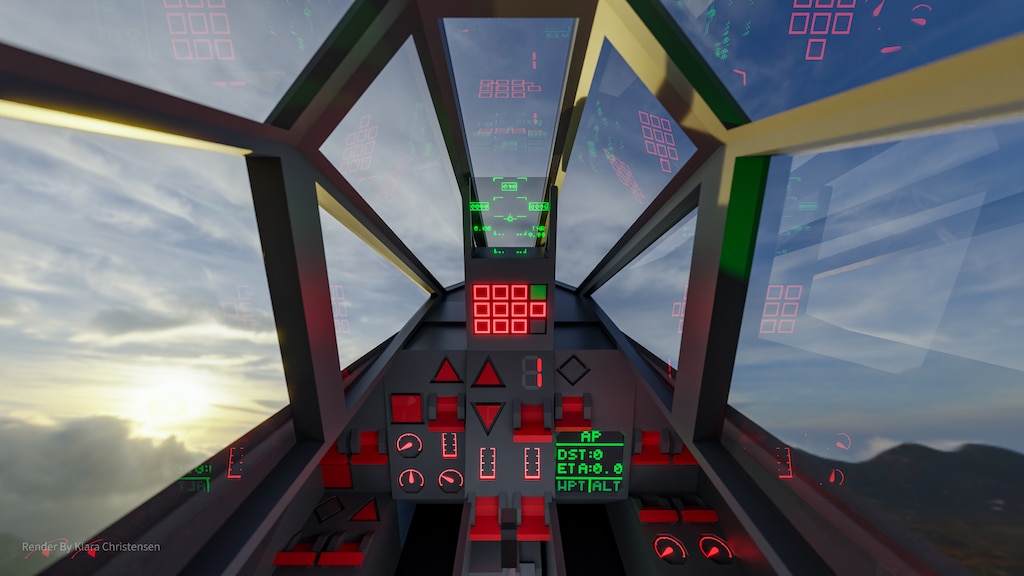 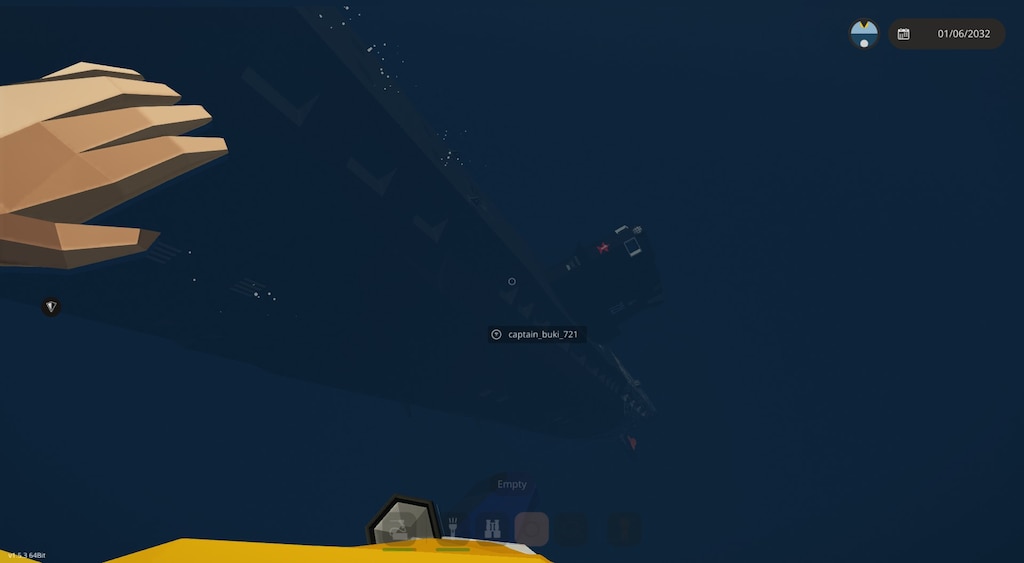 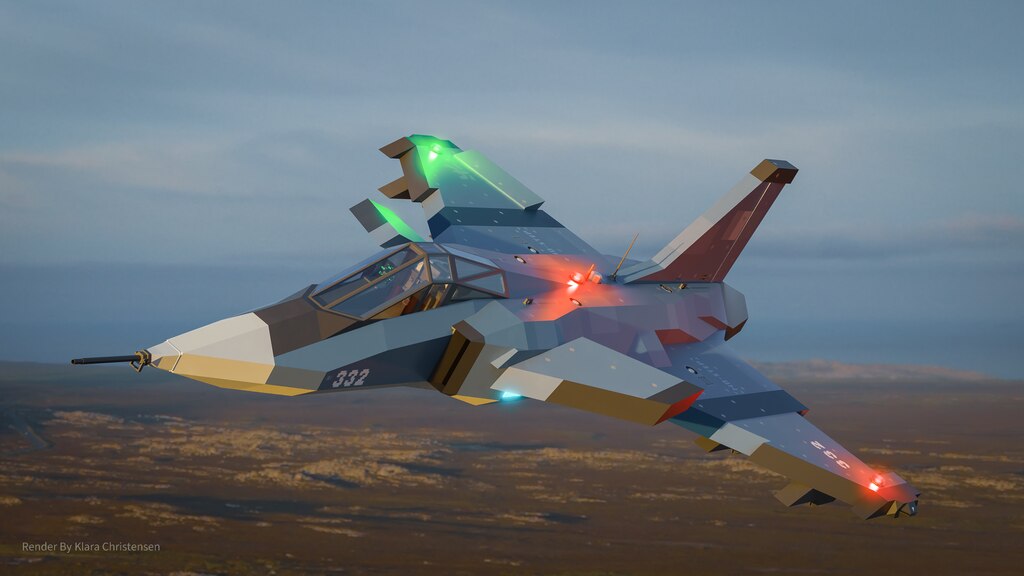 Recommended
5.5 hrs on record
my friends wont buy this game

Recommended
8.6 hrs on record
worth the muney 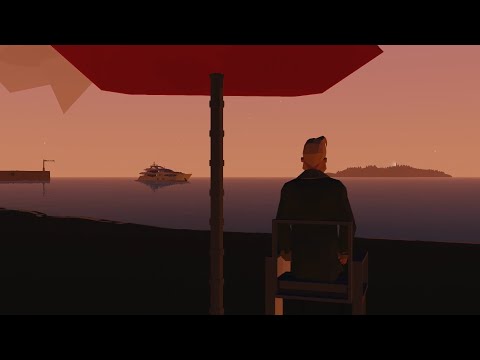 thewesternrider44
View videos
AI vehicles despawn after being hit by a missile?
Hi, so I recently brought the weapons DLC to play around with in sandbox. Whenever I shoot an enemy AI or a neutral one (with a large explosion, such as a missile) the vehicle disappears right after contact. I understand that this is most likely for performance reasons, but is there any way of turning it off? I would like to see the helicopter I just shot down tumble into the ocean, not just disappearing with a poof of smoke. Many thanks!...
1

The Damp Gamer
1 hour ago
General Discussions
Problem with Rope
Hello friends, I have a very big problem. my bot was attached to the jetty. Then my ship capsized. If I want to loosen the rope now. The anchor tells me: rope too long to detach Although the rope is right next to the anchor. What options do I have now to release the ship? I'm still very early in the game...
10

Avatar-X
5 hours ago
General Discussions
Why Isn't my modular engine working?
So i followed some tutorials and i followed a premade engine, and it still doesnt work, can anyone help?
2

BouncingElf10
4 hours ago
General Discussions
PID tuning for a boat - struggling, lost hair and am bald now..... thank you
Ok, so ignoring the whole exaggeration I currently am struggling significantly with PID tuning, no matter how I go about it. Using NJ PID tuner to just trying to plug values in.... I feel like i'm doing something wrong at this rate.... Vehicle is attached. To start just turn on all the pumps, hit the starter, THEN advance the throttles to 16%ish.... nothing over 20%..... then once they settle push it up to 100%. Or as needed. Once the system is tuned the project is done...... I just can't do it after wor...
6