Witch It is a multiplayer hide & seek game set in a vibrant, magical world. Brave hunters seek hidden witches that curse their villages!
-75%
$19.99
$4.99
Visit the Store Page
Most popular community and official content for the past week.  (?)
Witch It is -75% Off | Steam Summer Sale 2022!
Jun 24
For the next two weeks, Witch It is -75% off on Steam, as part of the Steam Summer Sale! 🧙‍♀️
There's no better time to convince your friends and family to grab a copy! 🙌 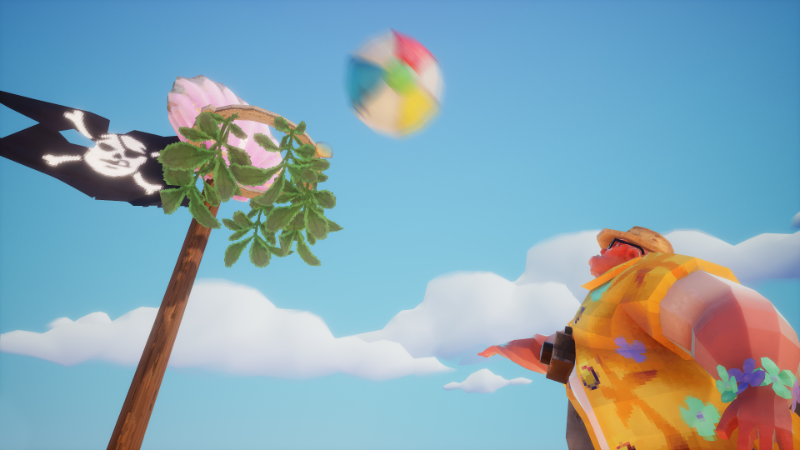 Witch It
49
1
How to obtain the new chocolate spoon we see on the title screen?
Title. Thanks in advance!
2 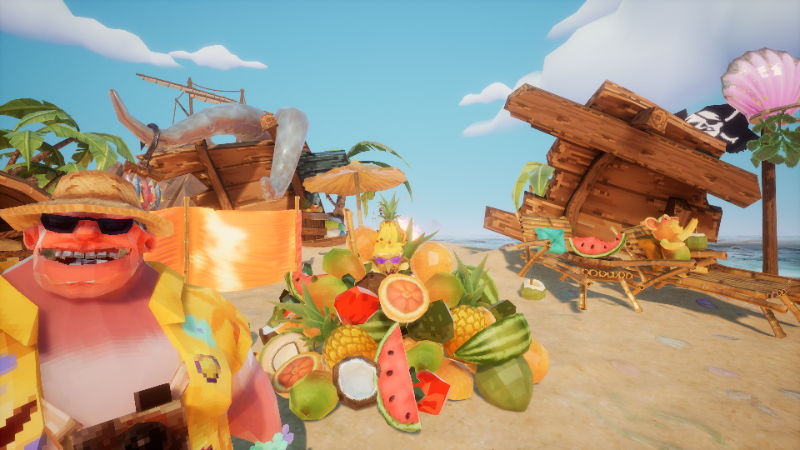 It's heating up! 🔥
We've got a small patch to keep you entertained while we work on our next content update...
Twin Mask Theater now has a third prop layout, and we made some balancing changes to the Anniversary servers - on top of that, we've crunched some bugs and made some performance optimizations! 🐬

We hope you're getting plenty of sun wherever you are in the world! ☀️

NEW | 23/06/2022 Hotfix
Following some feedback from our community, we've split the Anniversary servers into two separate rulesets. You can find which ruleset an Anniversary server is running by looking at the server name.

We're continuing to monitor feedback on the modes, so feel free to send more feedback here or over on our Discord server[discord.gg]! 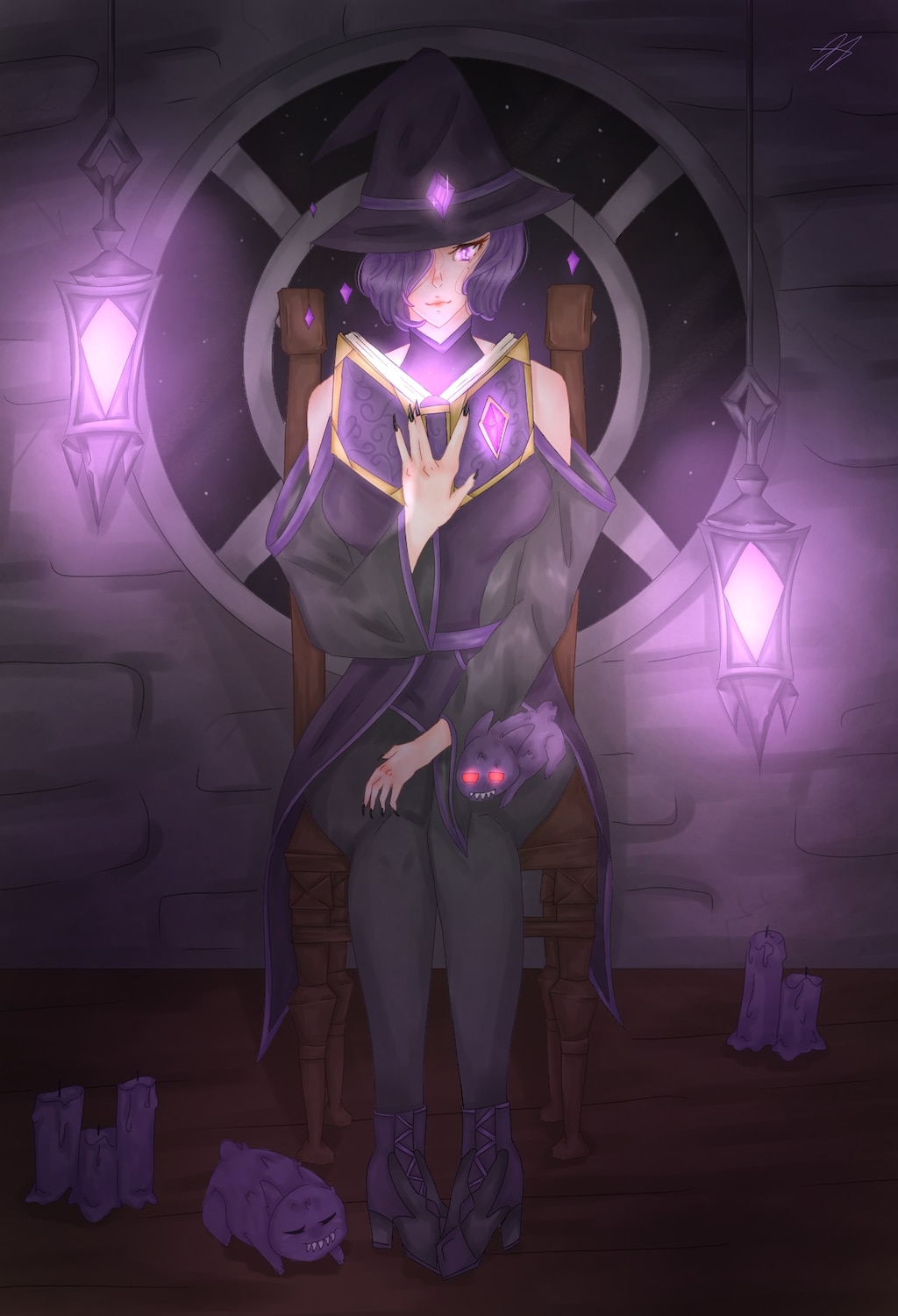 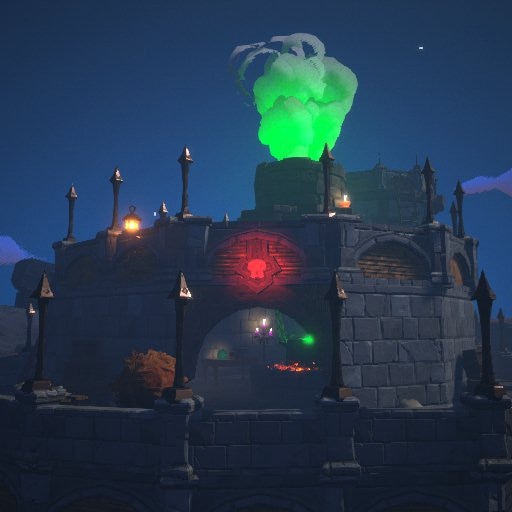 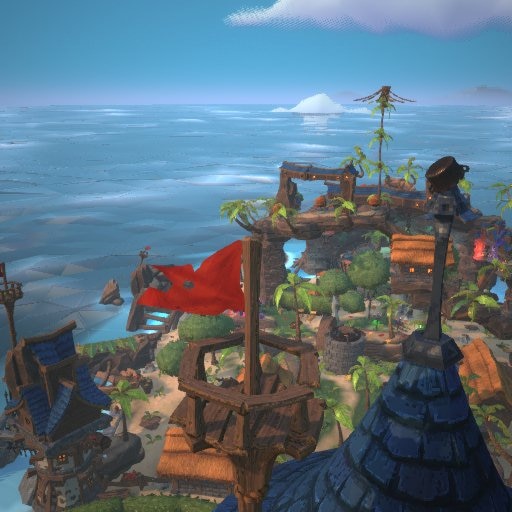 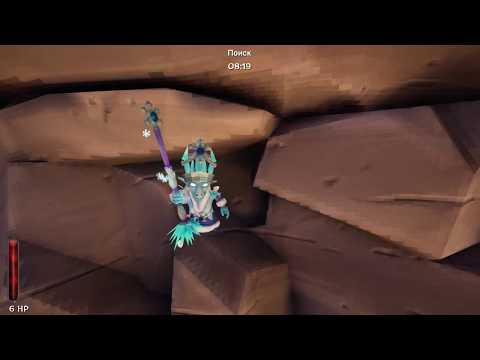 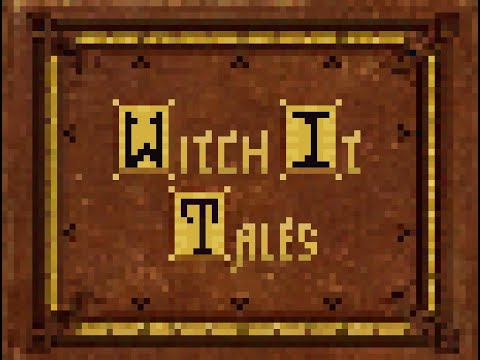 2
4
Witch It Tales - A Witch It Fan-Animation 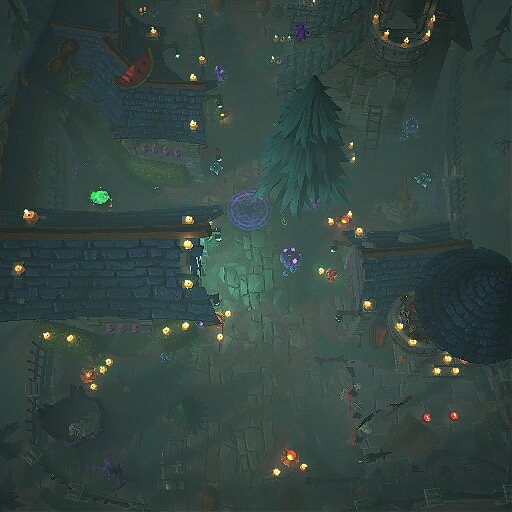 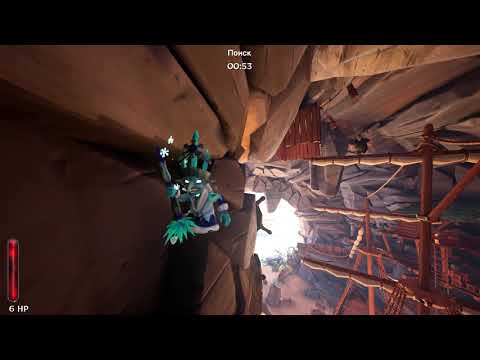 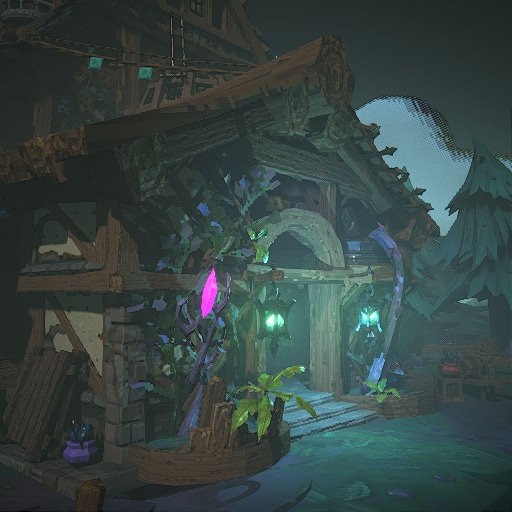 3
6
House of the Eager Alchemist 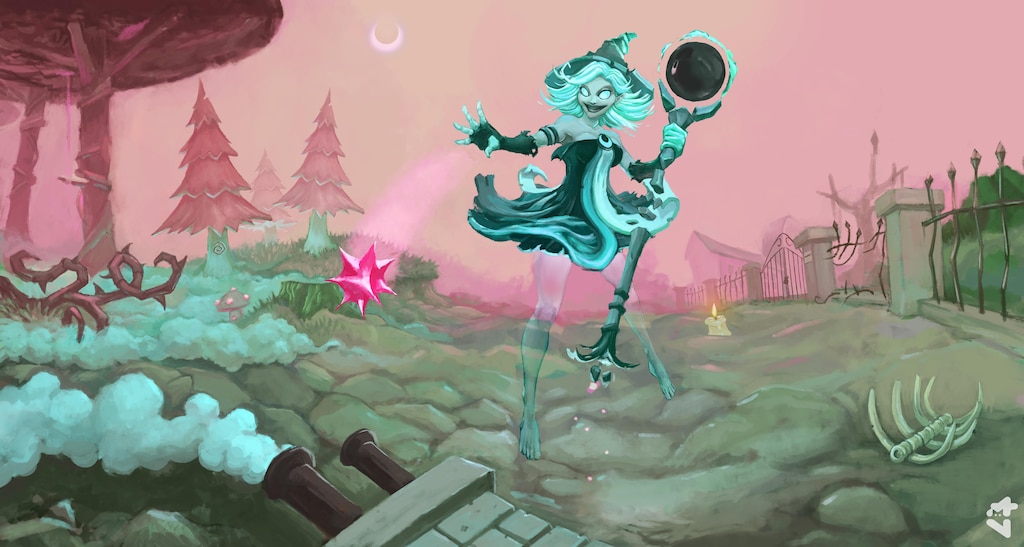 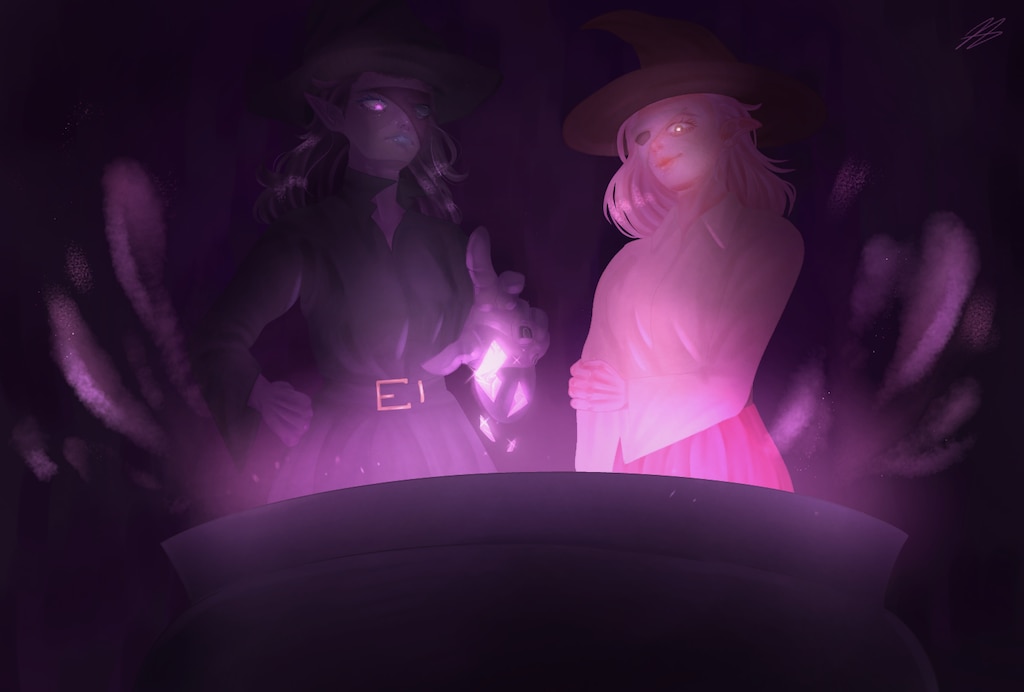 Not Recommended
2.7 hrs on record
got bored after 2 hours even with friends.. 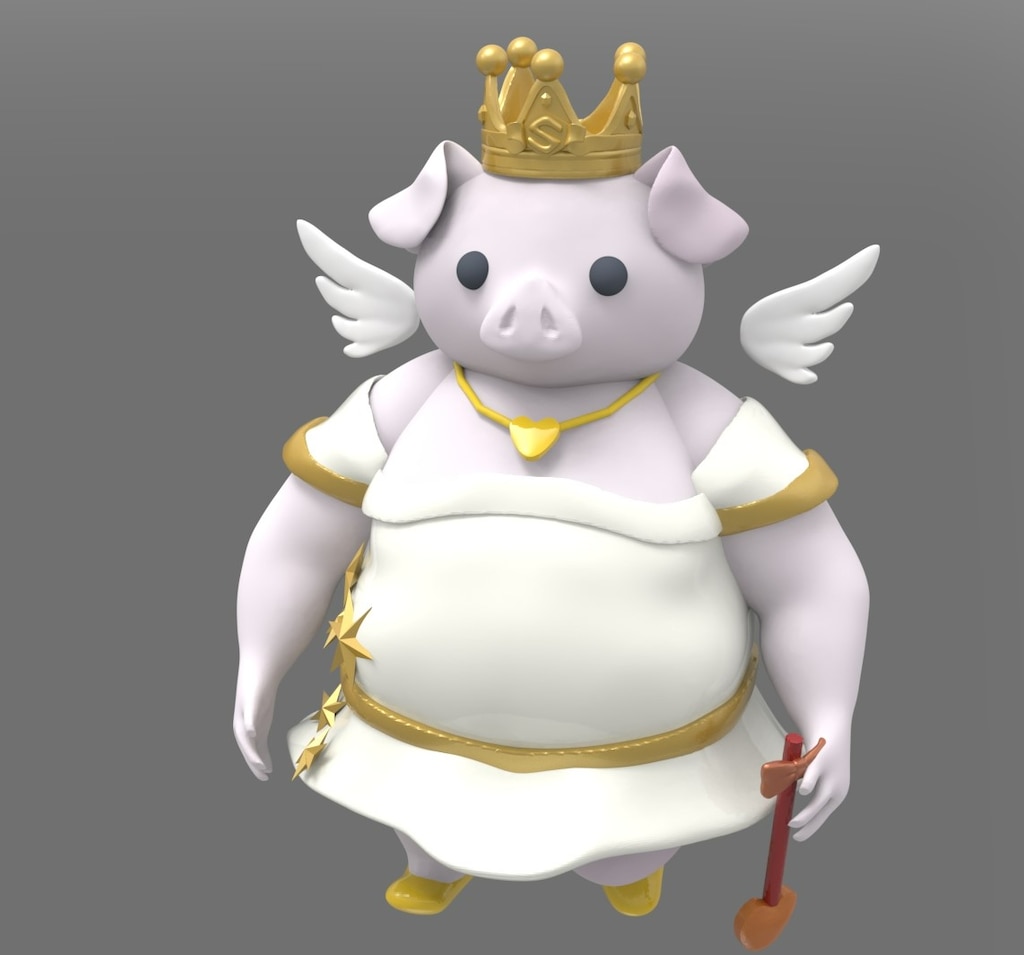 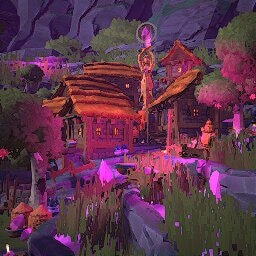 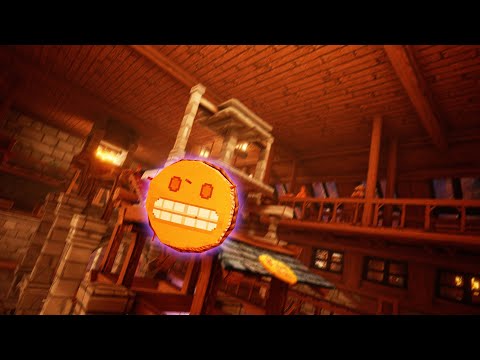 0
0
All secret props locations on Pizza Factory (Witch It) 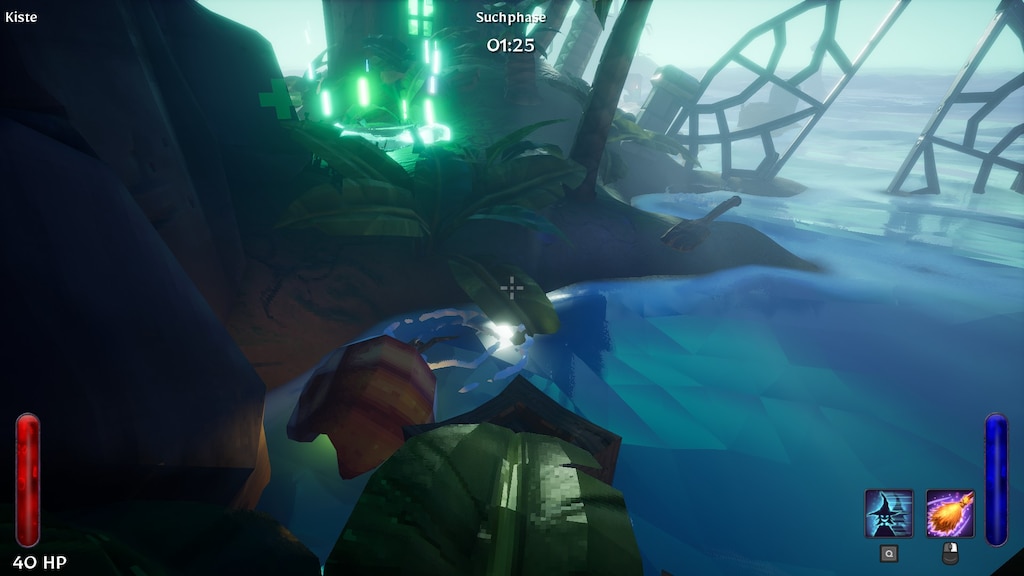 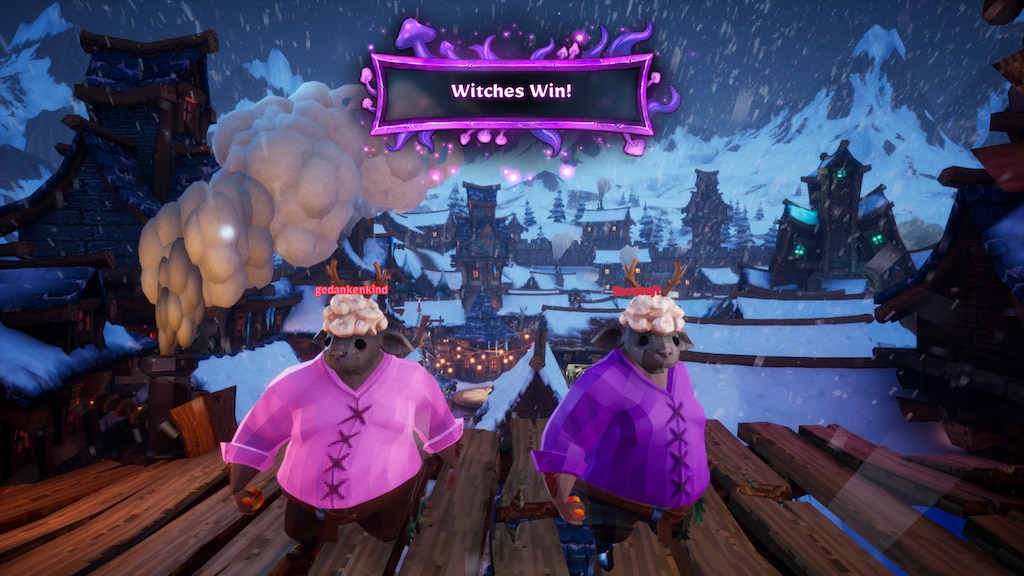 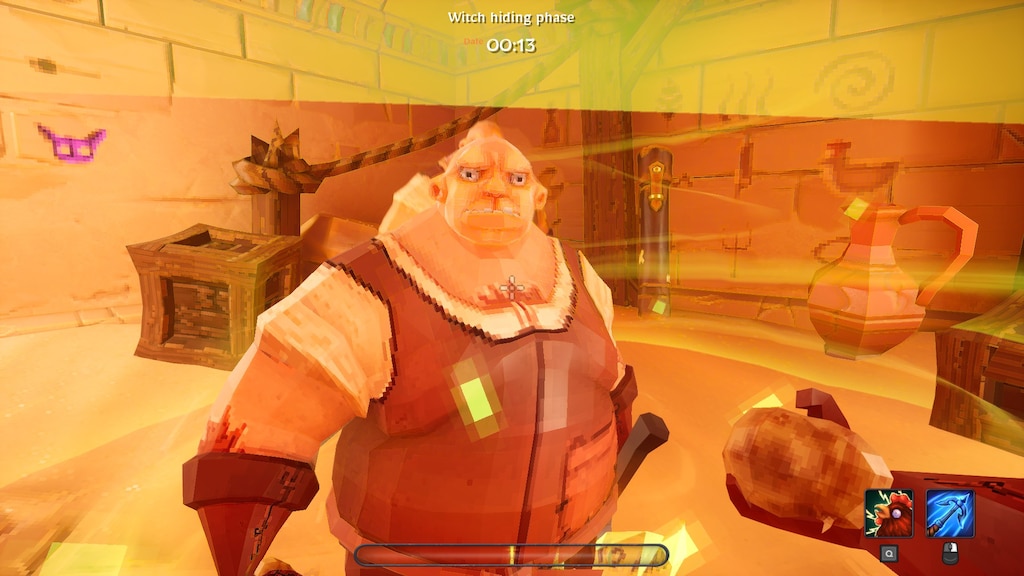 Recommended
8.4 hrs on record
An amazing game if you have 3 or 4 friends to play with, great to have in your library if you are all bored and want to hop on a quick game. doesnt take up much space either so easy to install fast 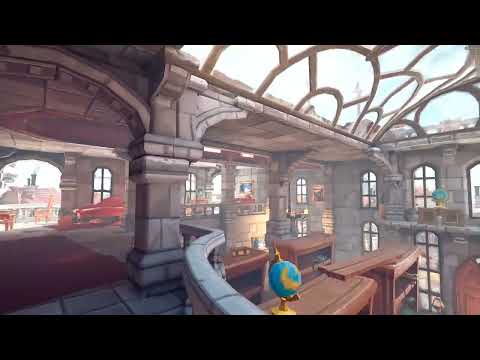 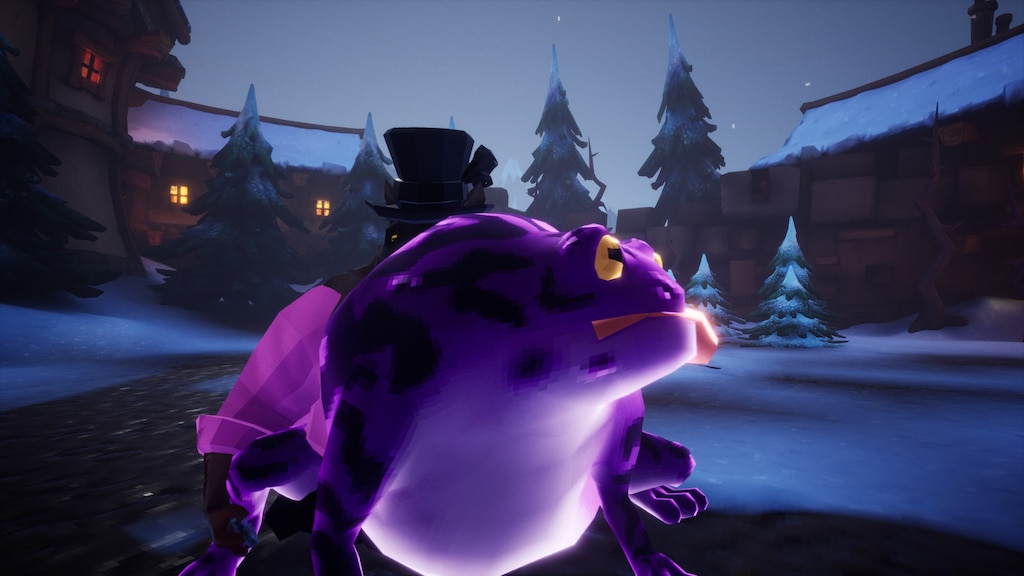 We appreciate you!
5 years ago today, we cautiously pushed the Early Access release button... anxious, yet hyped for the world to play our wacky little game.

Positive reactions to our Alpha and Beta testing periods gave us a spark of confidence we desperately needed to hit that button, no matter how daunting the following journey may be. Since releasing a game was a first for the team, we didn't set our ambitions too high - our only goal: to bring as much joy to our players as to us making the game. 💜

Within a matter of months, we were absolutely blown away by the abundance of support for Witch It!

To describe ourselves as fortunate would be an understatement; there's simply no words that can articulate how grateful and proud we are to have turned our passion project into a full-time career. And as cliché as it sounds... we really couldn't have done it without you. Whether you joined us in the Alpha, Beta, Early Access, after the full release, during a sale, during an event or after watching your favourite creator, we deeply appreciate you being here and supporting us all these years.

And we're not just saying that...

5 years is a long time, especially when working on content non-stop. Any rational person would probably tell us we need a break. However, remember that spark we felt right before we pressed that release button? It never left us.

So we're not going anywhere. In fact, we're doubling down.
We've taken substantial steps over the past year to multiply the size of our development team, so we can continue working on Witch It for the years to come! We strongly believe our best years are still ahead of us. So whether you're a new player or a seasoned veteran, we hope you stick with us!

Thank you for everything. We owe it all to you! ːluaqː

A Nostalgic Timeline
Let's take a trip to the past. Below is a timeline of all the major news that followed the release of Witch It Early Access on May 31st, 2017. It's so fascinating to see how far the game has evolved over the past 5 years! At which part of the timeline did you join us? 📅 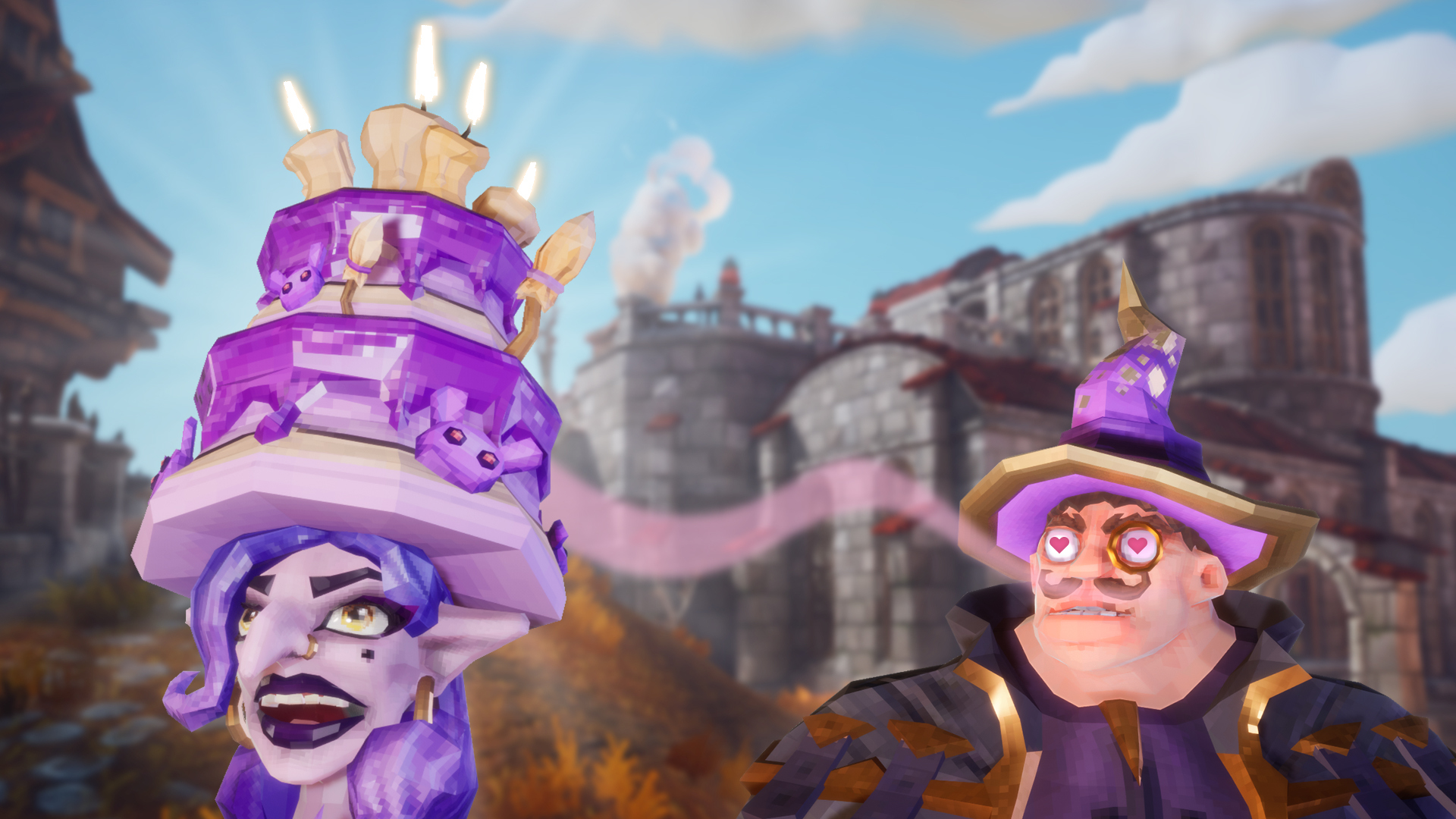 5th Anniversary Player Icon
Is it really a Witch It event if there's no player icon? 🐔🥚
Of course not! And since it's such a special occasion, we've made it animated too!
Open up the game and play at least one round in an Official server to obtain it! 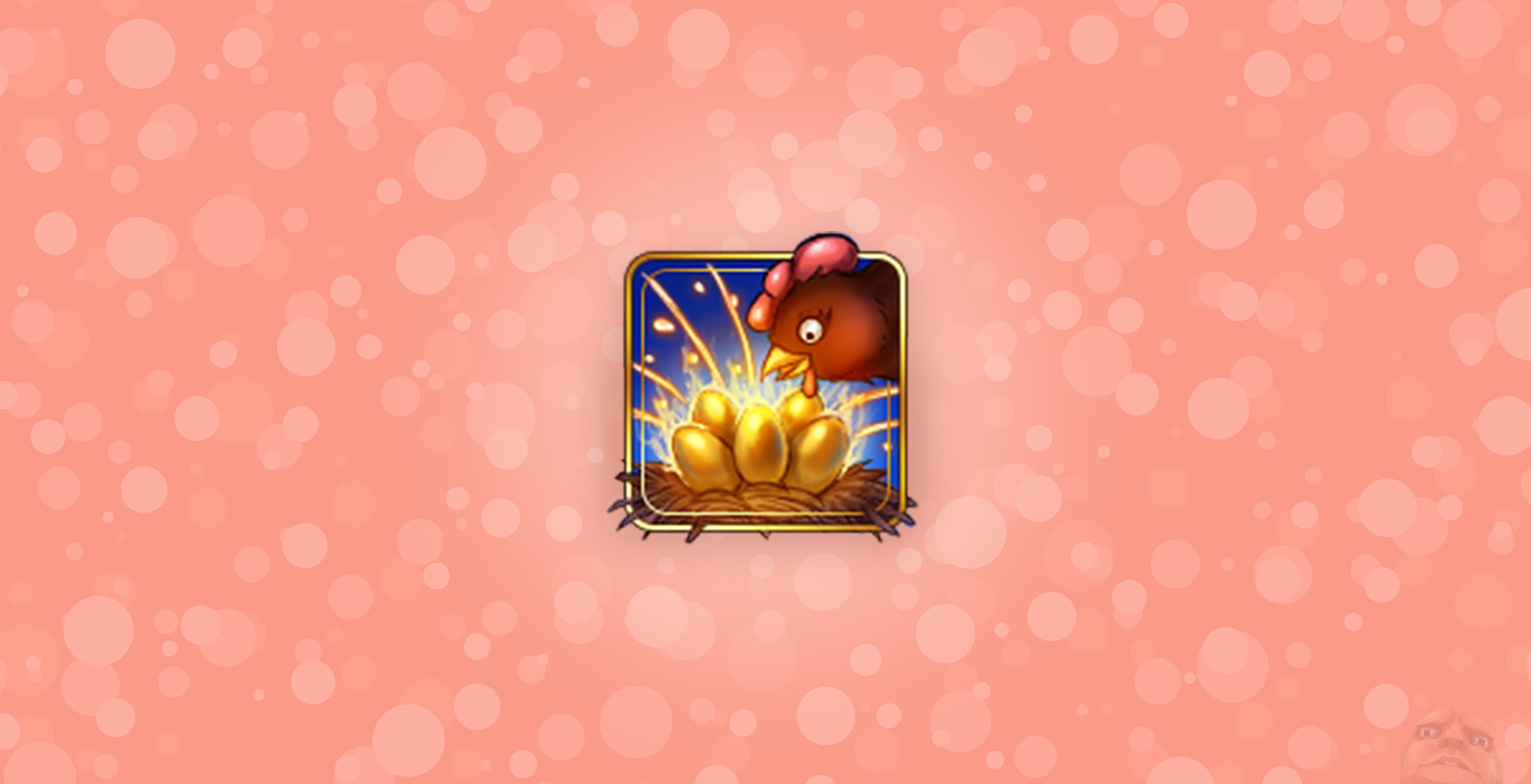 Anniversary Servers
We've released a fresh batch of 'anniversary' servers which you can now find on the server list. In these servers, we've altered the game rules so that every skill is more powerful than before! The gameplay is a lot more manic and unpredictable, but extremely fun! Please let us know what you think, as we may make some changes and additions to these servers over the next few weeks. We also plan to give players the ability to use these game rules in custom servers soon!

We've also enabled double rewards for quests during the Anniversary event - however, these will only apply to newly generated quests. Complete or skip your current quests to see the double rewards in action! 🎁 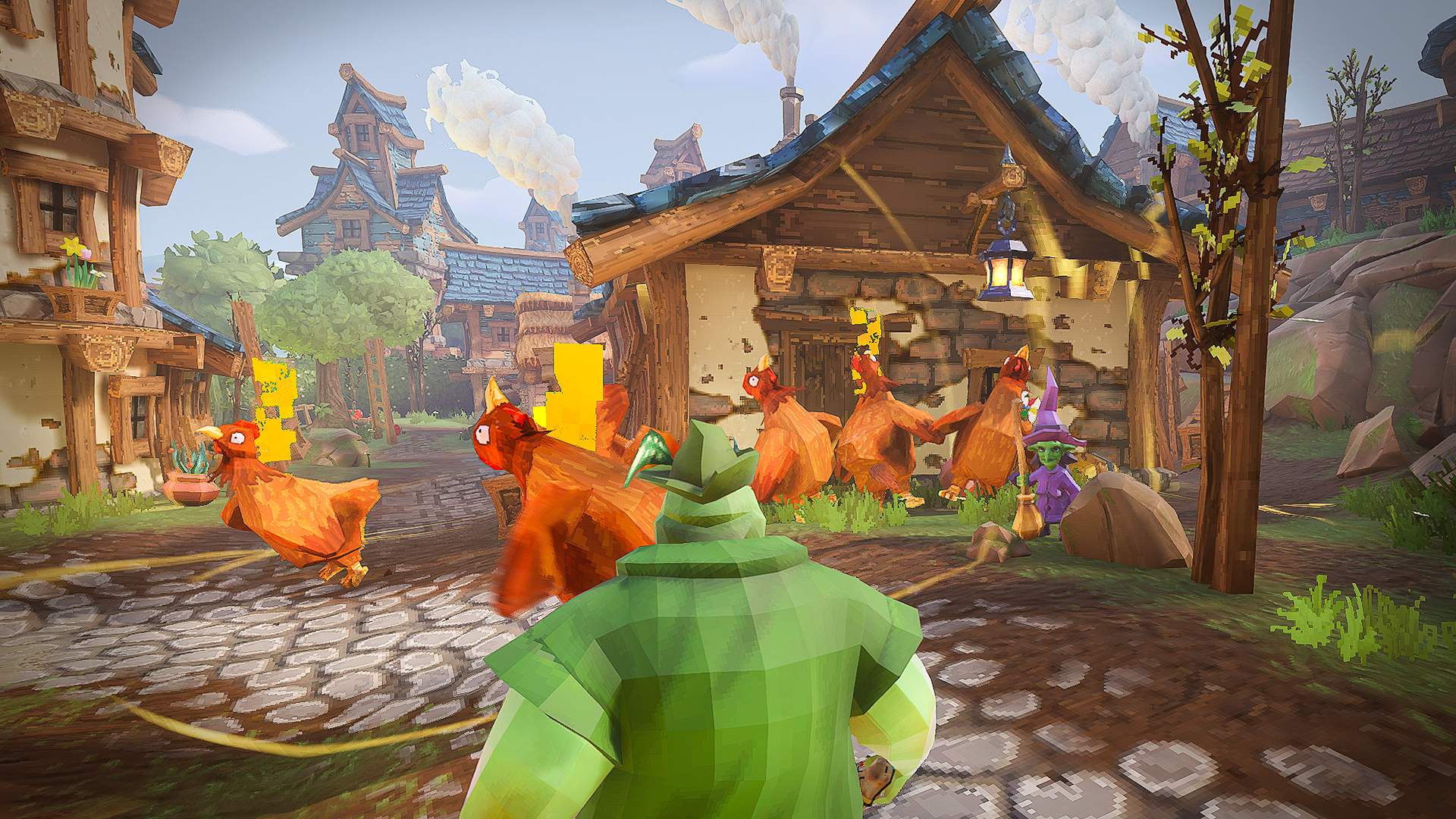 ↻ Changed: Inspecting props and utilities in Creative Mode now shows which switches are directly connected to them in addition to the existing feature of switches showing all props and utilities directly and indirectly connected to them
↻ Changed: Performance optimization to improve FPS. Mainly the UI and Animations got optimized, but this should increase the CPU performance
↻ Changed: The default rendering is updated to dx12. Therefore a launch option for dx11 was added for players with Windows 7 or 8
↻ Changed: Updated smoke effects to use the new particle system
↻ Changed: Removed level requirements for skills

♂ TheBlasterMaster™ 🗽
Jun 23 @ 3:29pm
General Discussions
Hunter Skills Missing
Title says it all screenshot and stuff i tried to fix it below. Verified integrity of game cache. restarted steam uninstall and reinstalled rebooted computer moved game to second drive Googled the issue (couldn't find much on it) asked friends.. (No one i asked has ever seen or encountered the issue Also i just started to play again after a hiatus so i don't know if its something stupid simple that i am just missing or what. https://imgur.com/a/LDKjDFN...
3

[RPR]R3BORN!
Jun 22 @ 8:55am
Bug Reports
Game often doesn't fire potatoes when i click
About 40% of the times I click to fire potatoes (after not firing for a few seconds, so the meter is empty) it just doesn't fire at all, and i have to release the button and click again to make it fire. This results in witches escaping because they're under my crosshair but it's not responded to me clicking, quite often. This is not an issue my friends had with this game, but it's also consistently a problem for me in this game and never when clicking anything outside of the game or when playing any of the...
8