In Warhammer 40,000 Space Marine you are Captain Titus, a Space Marine of the Ultramarines chapter and a seasoned veteran of countless battles.
-75%
$59.99
$14.99
Visit the Store Page
Most popular community and official content for the past week.  (?)
Low Frame rate 2022 WIN 11
I have played on this pc before without much issue, but its an i7 intel 3060 rtx geforce 16 gb RAM Everything else is MSI ROG Windows 11 I've already deleted and reinstalled the game and reinstalled the 2008, 2010, and 2015 cc redistributables or whatever they're called. I would just prefer to have over 20 frames while playing a 10 year old game when I can play Vermintide 2 perfectly fine amongst other Triple AAA titles and such... even Star Citizen runs better and that's a ♥♥♥♥♥♥ crime...
4

How to apply mods
The aim of this guide is simple - explanation on how to apply mods to this game. It also includes an archive with every mod I was able to find.
262 ratings 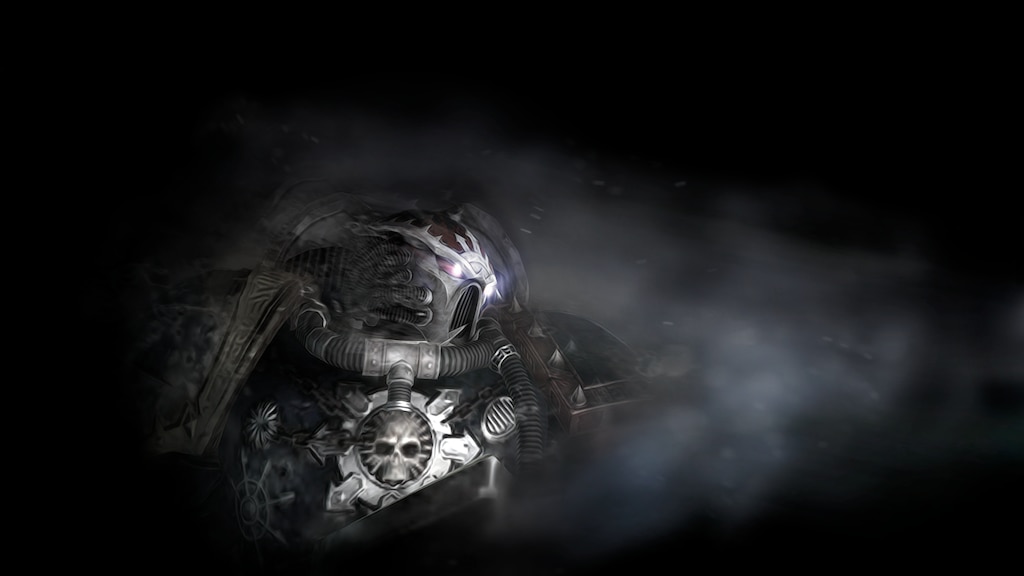 EXTERMINATUS - The SOLO initiates guide to survival ***Wiv adDed WAAAGH, ExtR@ DAkkA & FaSTiaH R3d PaiNT !***
Learn how to maximize your chances in this ultimate survival guide for the lone Space Marine. Fear not brothers. Don't get caught with your greaves down during an EXTERMINATUS Level Event. HELP IS HERE.
200 ratings 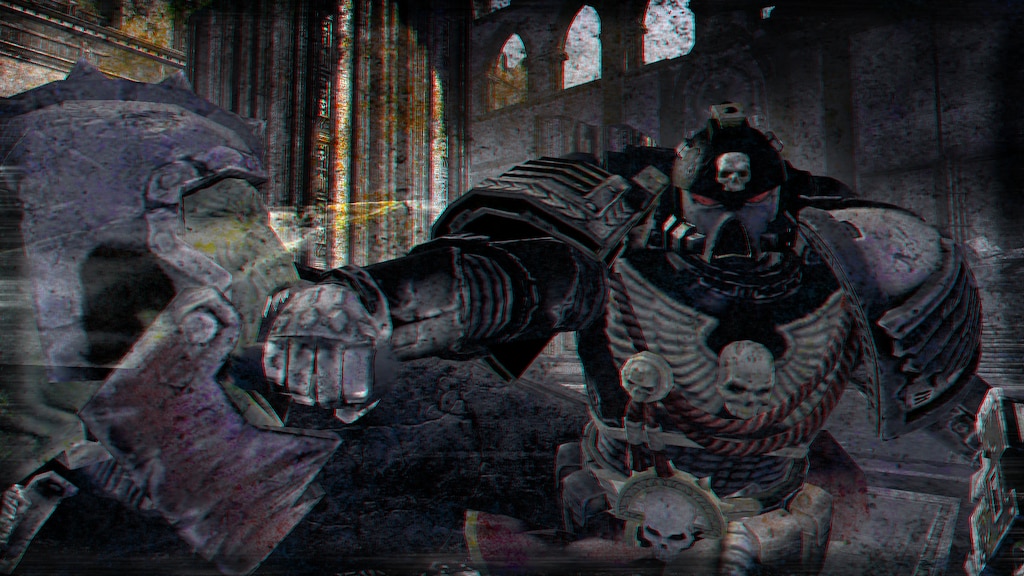 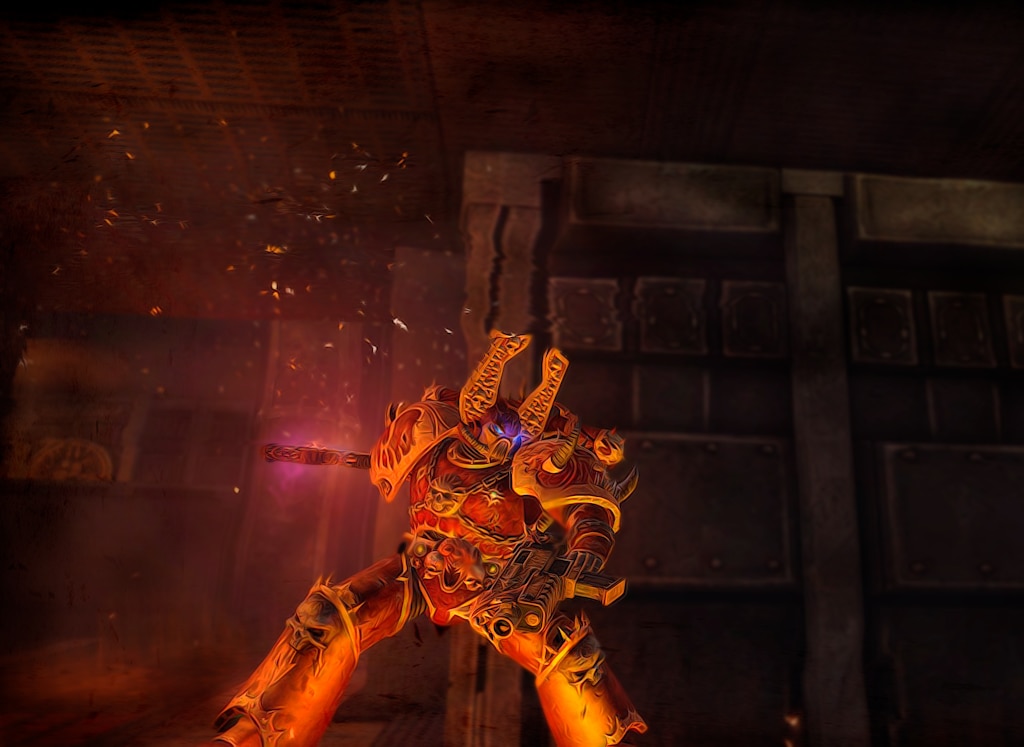 LeBro...
View artwork
Too much
Sixty bucks for an 11 yr old game that when played start to finish could be done in 10 hours. Less than a day. Start at 8 am after breakfast and finish before dinner. Holy hell man. Too damn much.
16

What to do when Space Marine won't start
A collection of steps to take to resolve Space Marine failure to start .
29 ratings

Recommended
12.0 hrs on record
IN THE GRIM DARKNESS OF THE FAR FUTURE, THERE IS ONLY WAR...
An Imperial garrison containing both Space Marines and a Guard regiment had been under siege by Orks for days, and as a fighter bomma raid had destroyed the Imperial Guard mess hall, the remaining Guardsmen was allowed to dine in the Space Marine mess hall. In the food queue, a curious Guardsman (GM) attempts to start up a conversation with a Space Marine (SM).

GM: "So...you are one of those Space Marines, right?"
SM: "Correct."
GM: "Cool! You know, I've been thinking about joining a marine chapter myself and...”
SM: "You don't have what it takes."
GM: "Hey, that's just rude! You have no idea what I am capable of, I've actually killed no less that 13 xenos in my career, an...”
SM: "I've killed 14..."
GM: "That is not that impressive, I..."
SM: "...before breakfast."
GM: "...well... that's impressive. How did you join the marines?"
SM: "At the age of 12, I was drafted into the Imperial Guard to fight an army of chaos cultists. My squad was cut off from the rest of the regiment, and as we were out of ammo we were ordered to charge the enemy with only bayonets. I managed to kill 2 cultists, in spite of being shot several times while charging. Three days later, I was sent to the Ultramarine training facility on Ultramar along with 20 other recruits. I was the only one who managed to become a marine."
GM: "Wow, you are badass! What happened to the other 19? Did they wash out? Or did they get looser jobs like janitors or something?"
SM: "They died."
GM: "Ok...you have to be the most badass person I ever met! What are you? A sergeant? An officer?"
SM: "I'm the janitor." 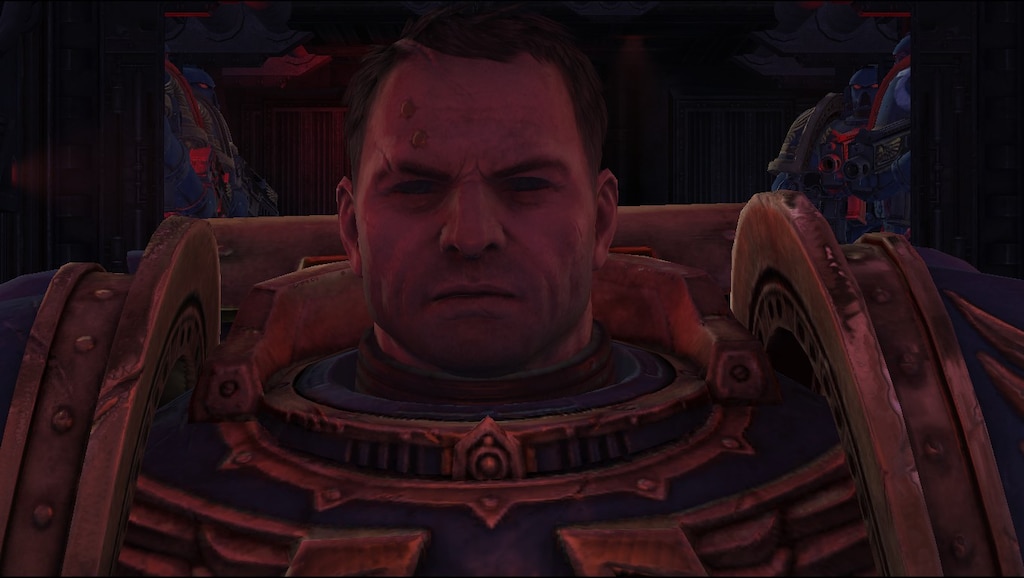 Recommended
12.2 hrs on record
> Land on planet as a vanguard with 2 other marines
> Accidentally bring the forces of chaos onto the planet
> Kill a daemon prince single handedly along with a dangerous ork warboss
> Save planet
> They think your a heretic because you survived
> ♥♥♥♥

groggy
82 products in account
0
So what do we want from SM2?
Now that we know SM2 is a thing what would the fanbase love to see? Edit; i hope it's not just a World War Z Warhammer 40K reskin as Saber Interactive made World War Z :/
193 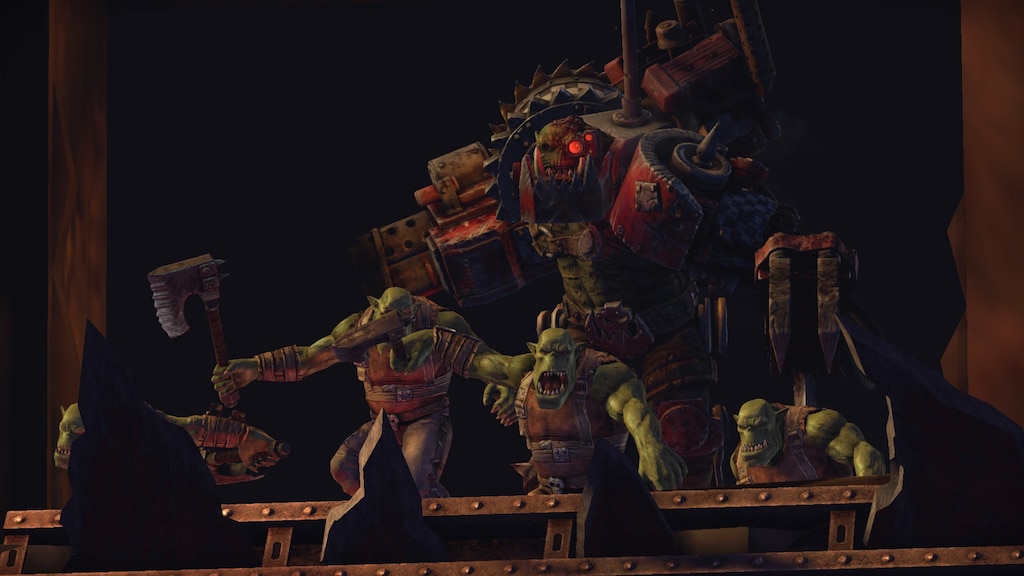 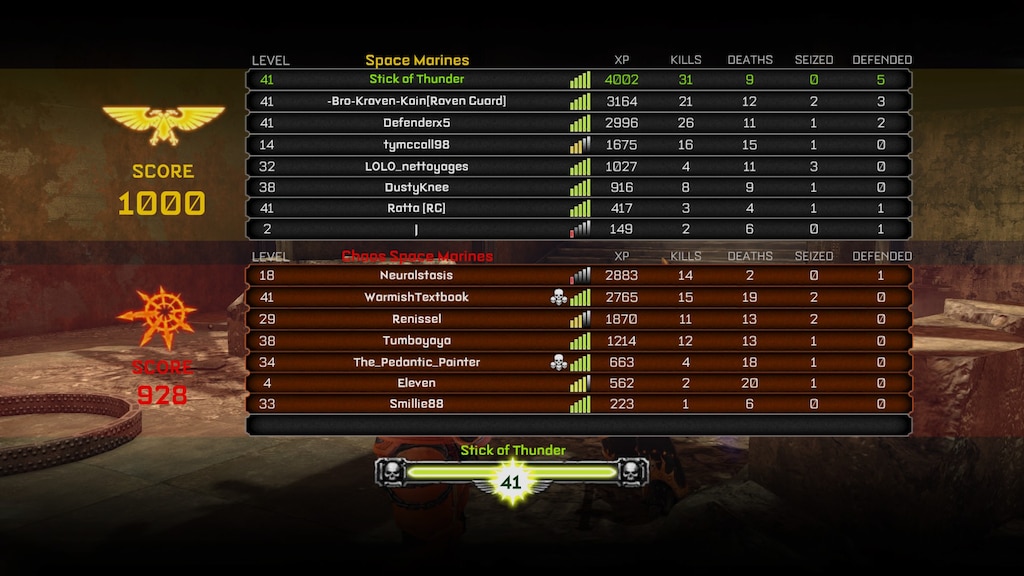 Recommended
2.6 hrs on record
EPIC!!!
~The game is ALWAYS on sale so catch it then for sure.
And all 'Game of the year' games aka ALL DLC included
install those after 5-10 hours so you can notice it's dlc.
*This is the only Warhammer 40k w/ this level of
TLC.. Most are just unfinished buggy cash grabs..
There are exceptions!
*Games works fine w/ controller so kick back! 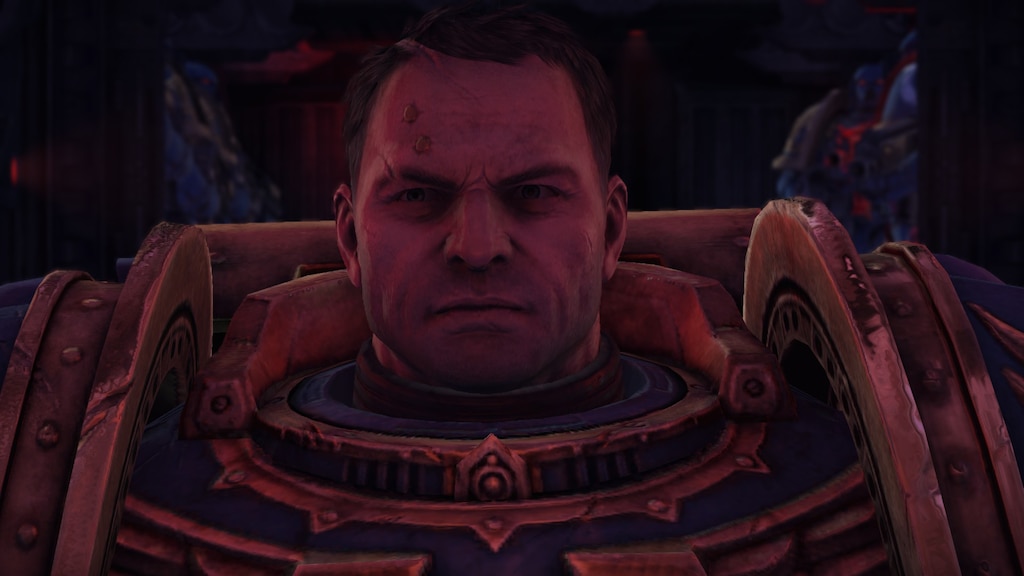 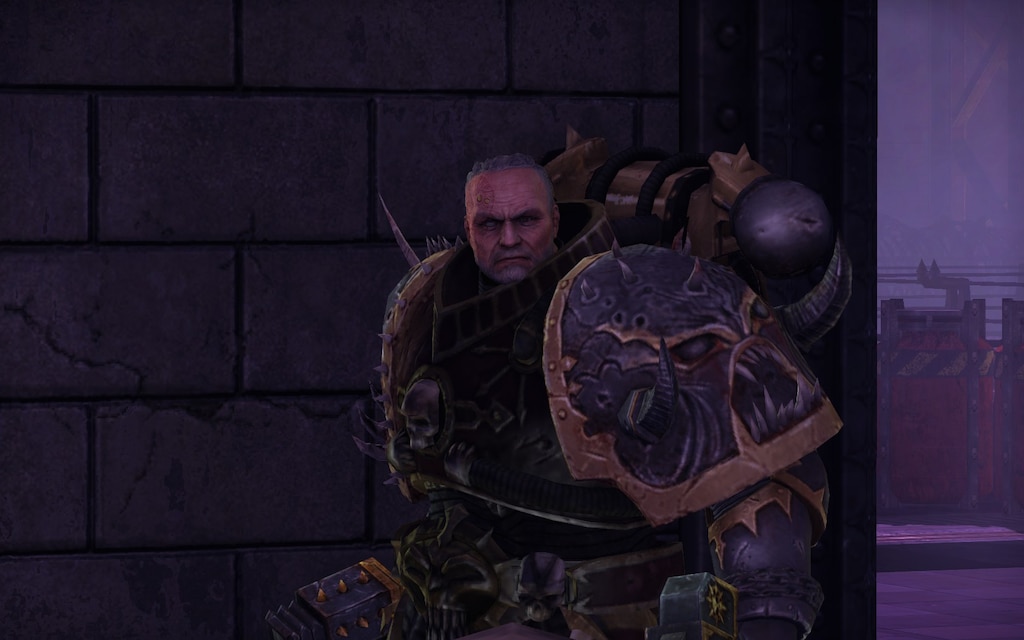 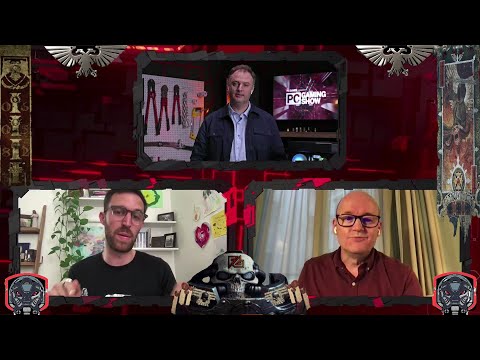 0
0
The battle for the bridge!/Битва за мост!

Vandelgard
7 hours ago
General Discussions
Chaos Invasion Achievement Hunt
Hoping to recruit a group to unlock every Chaos Invasion achievement! If you're interested, leave a comment and I'll DM so we can all set up a day / time! :)
14