Chocks away! Bomber Crew is a strategic simulation game, where picking the right crew and keeping your bomber in tip top shape is the difference between completing your mission or losing it all! USAAF DLC NOW AVAILABLE! FLY THE ICONIC AMERICAN BOMBER!
$14.99
Visit the Store Page
Most popular community and official content for the past week.  (?)
Grab free copy on Humble Bundle (14.01.2021)
You have 72 hours: Humble Bundle ...
19 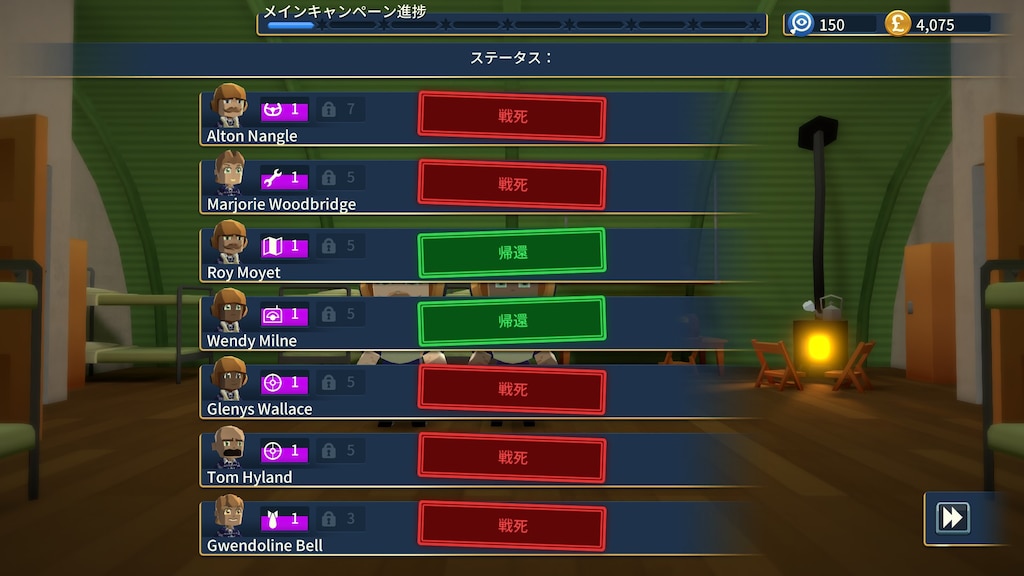 Recommended
14.4 hrs on record
Product received for free
I've seen Bomber Crew appear on the store page and in my recommended quite a few times, but never really got around to looking into it. It's always just kinda been one of those games that's just "there" on the store page... until I got it for free from HumbleBundle, and decided to give it a shot.

And boy was I missing out.

Bomber Crew is what I would consider to be a "Chaos Management Simulator", easily comparable to a game like FTL: Faster Than Light, but without an active-pause feature (you can still Pause in Bomber Crew, but you cannot give your crew orders while paused). Took me about 14 hours to clear the main campaign, and while I will admit the primary gameplay loop was repetitive, I didn't mind it as I've been juggling this game between a few other games; I never played more than a few missions a day.

The game starts you off with a somewhat-helpful tutorial, but most of what I learned from the game came from raw gameplay experience. There's a helpful in-game manual that explains what everything is without just being a boring wall of text; I'm glad I took the time to skim through it. The controls took just a bit of getting used to, but they aren't unintuitive. Although the game can be played entirely with a mouse (with a scroll wheel), I strongly recommend you use the keyboard as well, as there are various hotkeys (not unlike FTL) to speed up a few things, which is crucial especially in a game like this where every second counts.

Regarding the gameplay itself, you order your 7 bomber crewmembers on your plane to do various tasks; spot navigation coordinates your navigator provides to direct your pilot towards objectives, spot enemy planes to order your gunner(s) to shoot them, and have full control over your payload as you carpet bomb various enemy structures. Of course there's much to it than that, but the game has you frequently multitasking, as you're essentially doing 7 somewhat-simple-yet-time-intensive jobs at once in real-time. There is a button you can press to briefly slow down time to give yourself some breathing room to give lots of crew orders in a short time; there's no penalty for using it, but you get a small bonus per mission if you can complete the mission without using it.

The game's difficulty progresses with the story, but only as far as the current Critical Mission (which there are 8 of). Mission Failure is not Game Over - sometimes it's better to retreat with all your crew alive and your plane somewhat-still-in-one-piece than to try to force a Pyrric Victory; you (almost) always learn from failed attempts, and such knowledge carries you through the rest of the game. If some (or all) of your crew dies and/or your plane crashes, you will get new crew (and a plane, if your plane was completely destroyed) that is relatively up to par with what you should have by that point of the game. In my experience, my first plane crashed, and the plane I got after that was even better equipped than the one I was using! I ultimately crashed that one too, and got a plane that was slightly worse. Fortunately, your plane is completely customizable - all the gear, armor, guns, decals, paint, and the name of your plane are all in your hands. You can even change the names of your crewmembers as well, but not their personal appearances (you can change their clothes and gear, however). If you don't care about any of that, the game has several presets available to use.

As far as what this game is lacking, I'd say the biggest feature I'd want to see would be a hotkey to return a crewmember to their default station (again, as seen in FTL). Other than that, for better or for worse, the game can be somewhat easily save-scummed if you really don't want to lose what you have on a mission. Otherwise, such inevitable losses are to be expected, but not the end of things.

In conclusion, Bomber Crew is, as I said earlier, a chaos-management simulator. Keep a cool head as everything begins to go south, and try to stay on top of a high-pressure situation where one oversight leads your entire mission spiraling into chaos, disaster, and possible death.

As a sidenote, when watching the credits, I was astonished to see that the developer, Runner Duck, consists of only two people. I wanted to give shoutouts to said people - Jon Wingrove and Dave Miller - for making such a polished and quality game worthy of tossing into my "favorites" category. 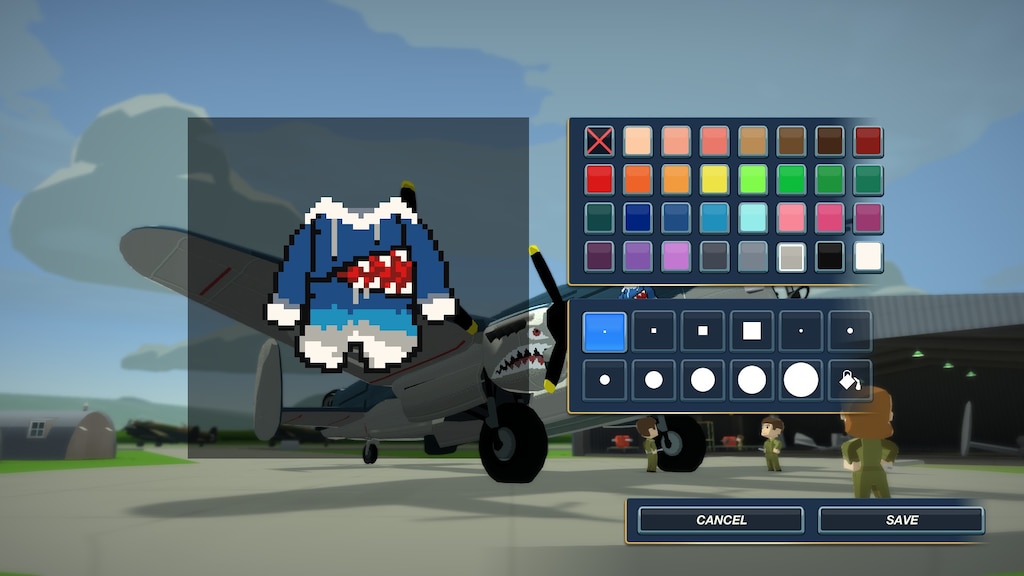 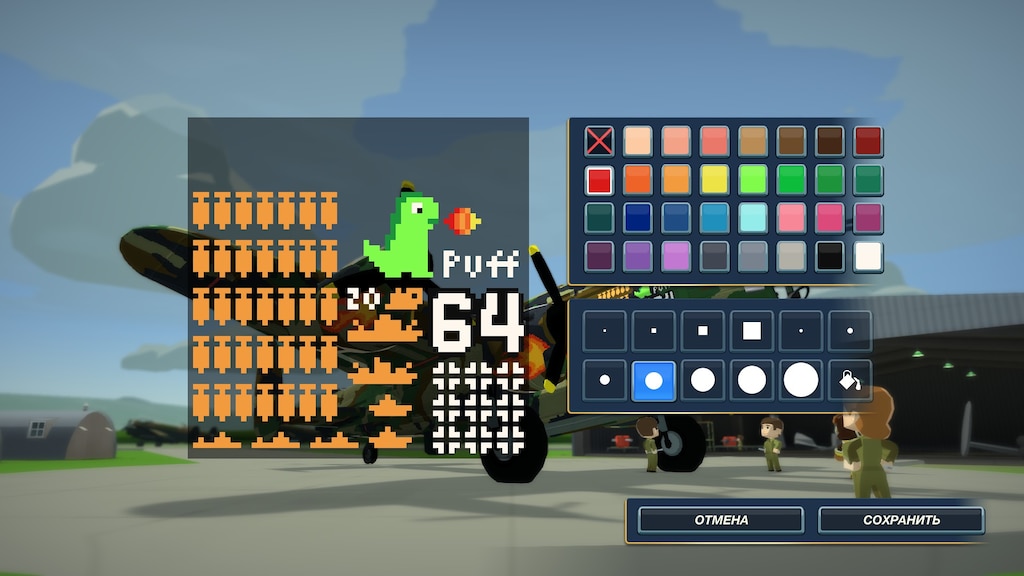 Not Recommended
9.9 hrs on record
The micromanagment in this game is infuriating. You have to give your braindead crew the most basic tasks while doing 10 things at once.

Recommended
3.7 hrs on record
Product received for free
First mission (not tutorial) i was unable to heal my crew members, my plane lost an engine and i dunno how it was still flying.
Finally i crashed in the sea because of running out of fuel.
That was an exciting experience... I lost all my crew and they all died in the water.

I succeeded second mission narrowly because i was almost out of fuel.

This game is fun. 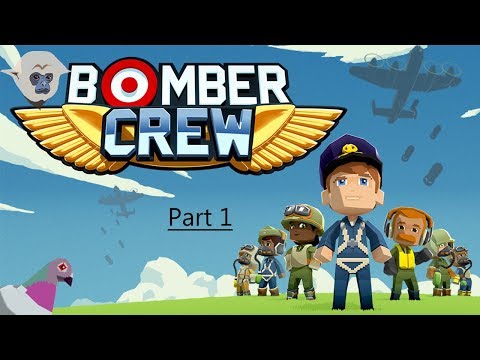 Lukasz_19
View videos
How to do training mission?
Hello, i go to the training panel in menu of my game. So i can see there some training option like skydiving, emergency landing to cool engines etc... All written in orange boxes. But when selected i can't launch one. There's no option! How i do?
4 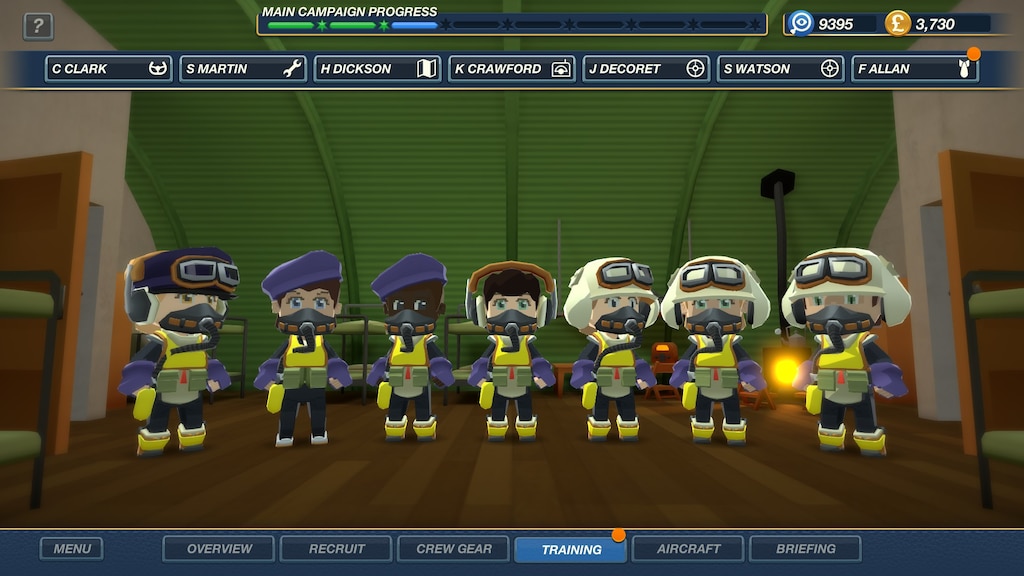 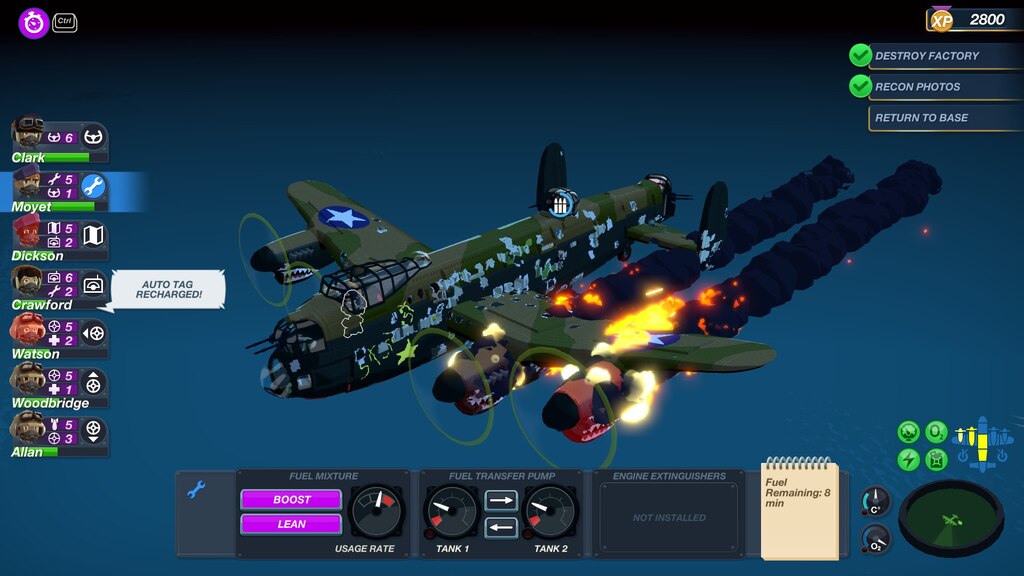 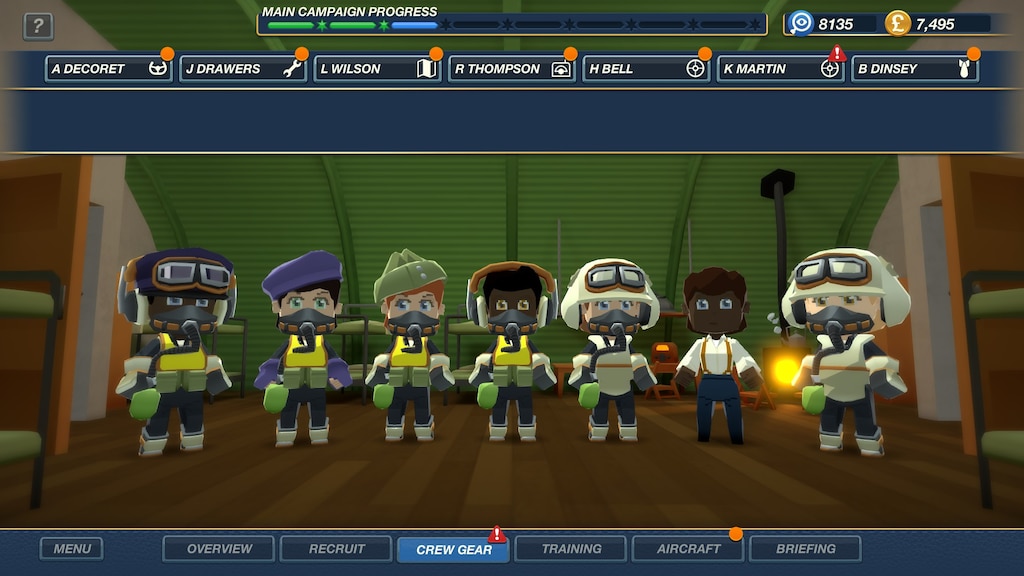 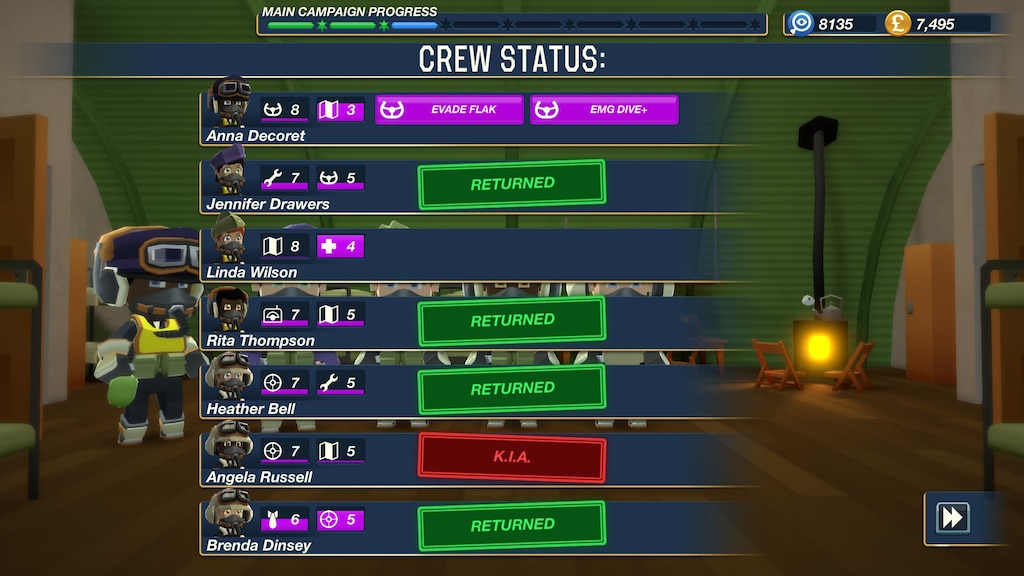 USAAF: How not to die
Best build order to get a flying fortress in USAAF, before you get shot down by 1943 Me-262s! 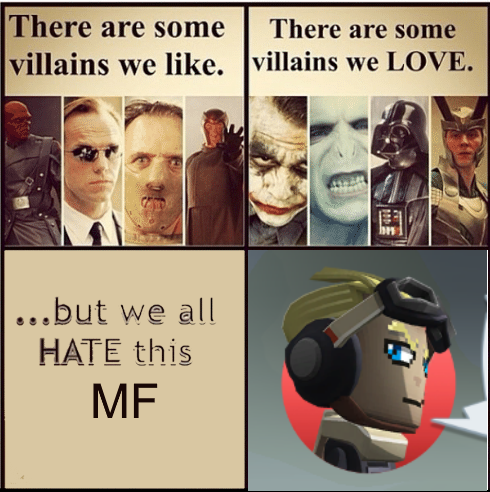 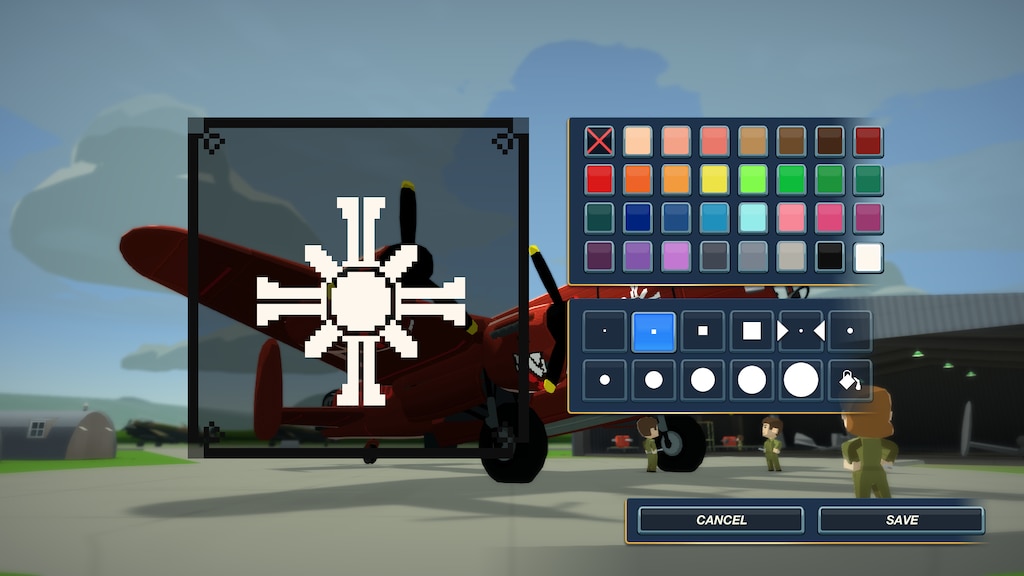 A ice Dragon who has a maus
View artwork
Is the plane doomed if it has only on wheel or not?
I am confused. A lot people mention a bug where the plane is doomed. I tied 1. one wheel landing 2. rretracting that wheel the last moment 3. emergency landing in all cases the plane goes boom and 2-3 crew are killed. What's going on here?
10 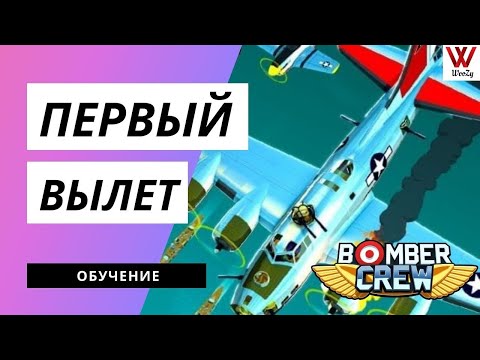 Outis
14 hours ago
General Discussions
Luck can be a factor
So guys, whats that one time you were like: " Crap, I am gonna lose another bomber." while multiple systems were breaking, leaking fuel and broken propellers, but somehow got out of the situation with zero deaths?
2