Head back to the Mexiverse in this long-awaited sequel to the smash hit Guacamelee! Uppercut your way to victory across stunning new hand-crafted levels. Featuring a dense and colorful world, new luchador moves, sassy new bosses, twice the enemies, and 300% more chickens!
-70%
$19.99
$5.99
Visit the Store Page
Most popular community and official content for the past week.  (?)
The platforming is a joke in this area
Badlands to the temple has a pollo dungeon part which is incredibly stupid, i even watched a video of how to beat it and what the person can do it doesn't let me do. Looks like its time to uninstall this terrible design.
7

Recommended
12.2 hrs on record
The Short and Sweet
Guacamelee! 2 is, obviously, the sequel to Guacamelee!, both of which are 2D beat-em-up platforming games with a heavy focus on combos. Unlike some other sequels that can stand on their own, Guacamelee! 2 is heavily attached to the previous game in its story, and it relies on that connection to avoid having to reestablish characters that played prominent roles in the last title. I would recommend any prospective players take a look at the original Guacamelee! before considering this sequel, or even this review.

Guacamelee! 2, as just mentioned, is a platforming game with a beat-em-up style of combat that involves surprisingly technical input to perform combos. The protagonist, Juan Aguacate, is given a number of tools and abilities to help him string together attacks for maximized damage, all of which serve a second purpose in platforming due to their movement benefits. For example, a Rooster Uppercut can launch an enemy high into the air, or help Juan reach a platform just out of reach. Since all combat abilities possess this twin utility purpose, it allows for a fantastic progression system that slowly lets both platforming and combat become more advanced as you unlock more abilities.

The story continues from where the original Guacamelee left off, after the defeat of Calaca. Juan is needed in order to save the Mexiverse from an even greater threat, the rogue Luchador Salvador, who resides in the Darkest Timeline and seeks to claim the Sacred Guacamole to restore his powers. As you can probably imply from that statement, Guacamelee! 2 does not even attempt to take itself seriously. Nearly all the dialogue and plot points in the game are designed to be humorous, and I personally found it to be one of the funniest games I have played in a long time.

Short Conclusion: Very Highly Recommended
In-Depth Analysis
Gameplay
Guacamelee! 2’s gameplay is exclusively platforming and combat, both of which harness the special abilities Juan obtains as he progresses through the game. Every combat ability, such as Rooster Uppercut or Dash-Punch, doubles as a movement ability for platforming, since they physically extend the height or length of a player’s jump, although each ability can only be used once during a single jump. These Special Moves also require stamina, of which there is a limited amount. Running out of stamina prevents you from using any Special Moves, but the maximum stamina cap can be extended by finding hidden upgrade chests scattered throughout the world. Maximum health can be increased the same way.

Juan can also enhance his abilities and combat potential using various skills obtained from skill trees. Each of these skills gives a genuinely useful benefit, with some increasing the power of abilities, granting various wrestling moves, giving more money and health on an enemy kill, or increasing the speed of stamina regeneration. The money you get from breaking chests and beating enemies can be a great asset if wisely spent on the upgrades you deem most beneficial.

The gameplay is ultimately very simple, but effective at achieving what it set out to do; provide a rewarding, technical experience that isn’t mind-numbingly difficult, but is also not a cheap walk in the park, whether platforming or fighting.

Story
Guacamelee! 2’s writing is the highlight of the whole experience. While the story itself is pretty good, following Juan’s attempts to foil Salvador’s evil plan to obtain the Sacred Guacamole, the dialogue and interactions found all over the game contain humor. This includes fourth wall breaks, meta jokes, dry wit, video game references, and other comedy subjects that I don’t even know the name of. There’s a decent chance any NPC you talk to can make you chuckle, and some story events have gotten genuine laughs from me. Rarely do I enjoy a game’s dialogue as much as I did for Guacamelee! 2.

The story does rely immensely on a player’s previous knowledge of the events that took place in the original Guacamelee!, so anyone jumping in blind will likely end up more confused than anything else at plot points and character reveals. As said, I would heavily recommend you play the original before considering the sequel.

Visuals
The visual style of Guacamelee! 2 is themed after Day of the Dead designs and Aztec architecture blended with its own unique, smooth style that results in some fantastic environments to explore. At no point did I stop thinking that the game looks great.

Parts of the environment that are involved in platforming are distinct and unmistakable, preventing unnecessary confusion and assisting in smoother gameplay. These stellar design choices make platforming more entertaining than it would be without them.

Audio
The audio design for gameplay is fairly standard, with impact noises that are satisfying enough to serve their purpose. Where the audio shines is in the music, sharing the same blend of Mariachi and other instruments as the original game. This music is omnipresent throughout the game, and is enjoyable the entire time. Despite being a 2D platformer, the music and visual design come together to create a deeper atmosphere than a game this simple should probably have.

I managed to achieve a stable 40+ FPS while running the game in 1600x900 resolution. My computer isn’t even all that amazing, so any decent rig will run this smoothly with little issue.

Conclusion
Gucamelee! 2 is a stellar game that excels in nearly every department. The humor is top notch, the gameplay is fantastic, and the atmosphere is better than it has any right to be. The only problems that hold it back are the extreme difficulty of the optional content and how short the content involving the main story truly is, capping at 7 – 12 hours. Still, I would highly advise you give it a shot, while maybe waiting for a sale to purchase it. 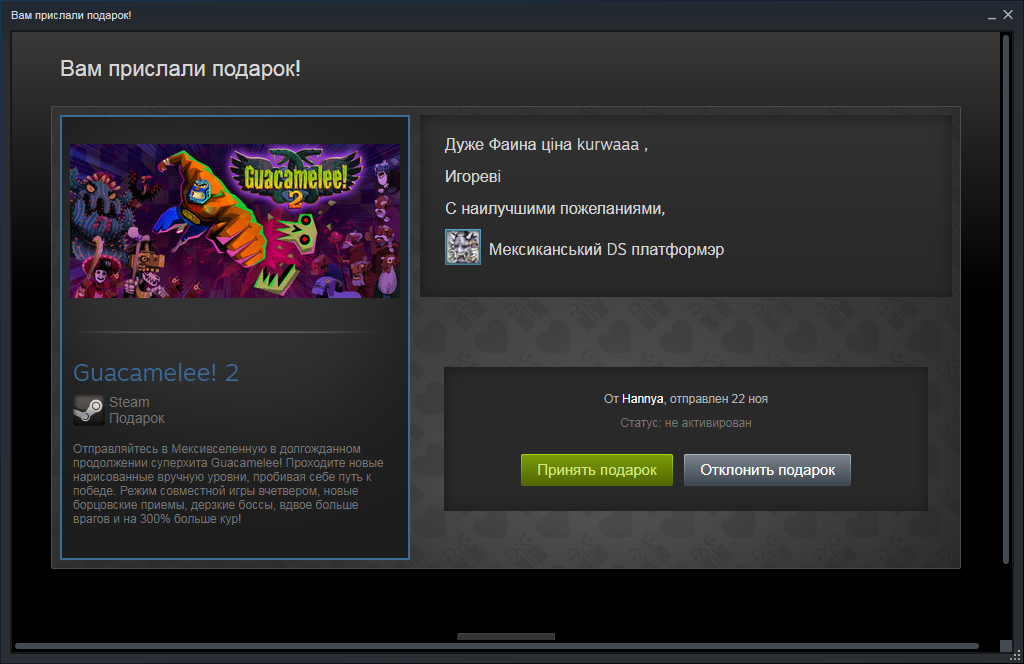 Guacamelee! 2 - Achievement Guide (English)
A guide on every achievement in Guacamelee! 2 and how to unlock them. [WARNING: Possible spoilers and secrets ahead, view at your own risk] 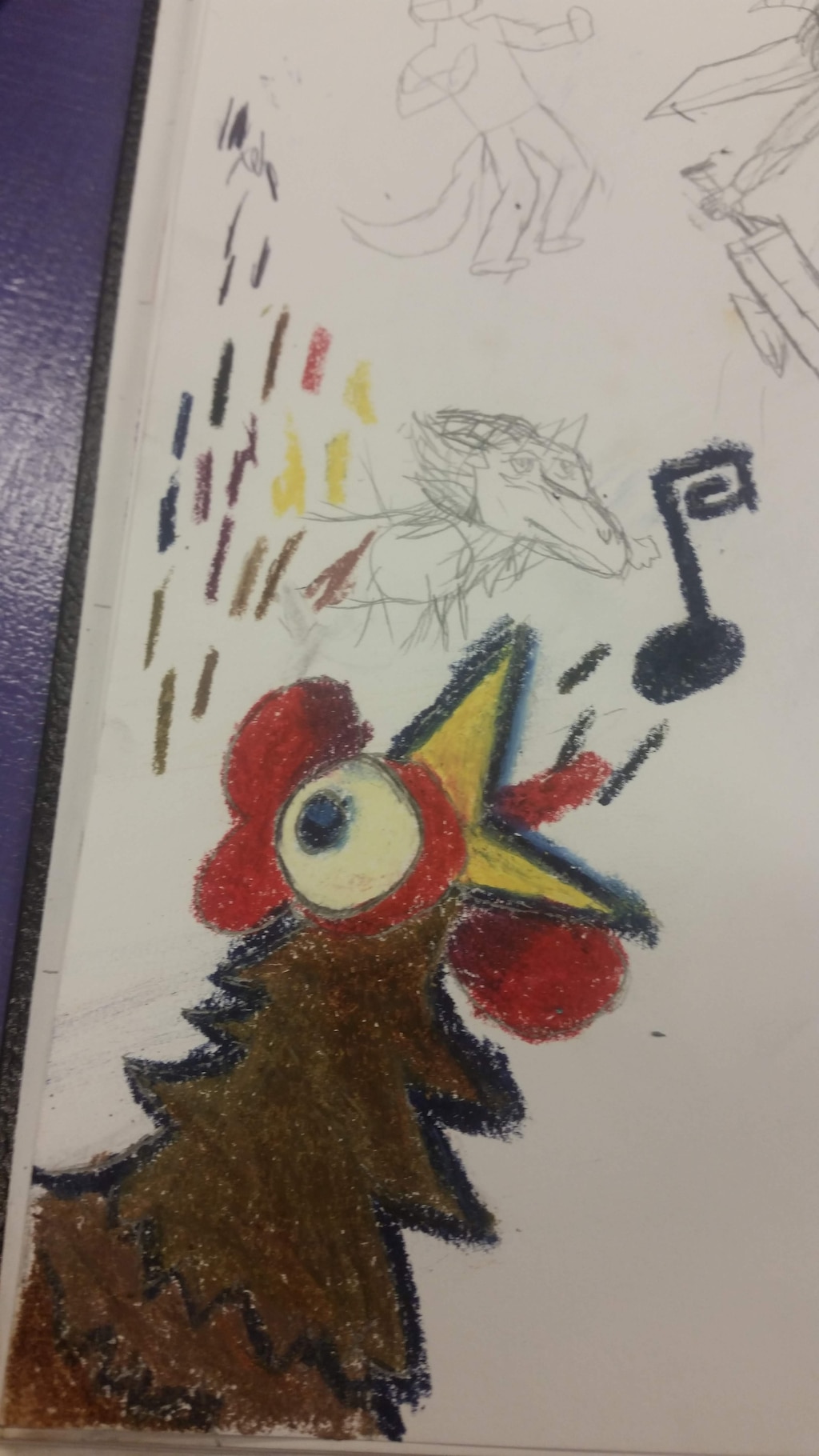 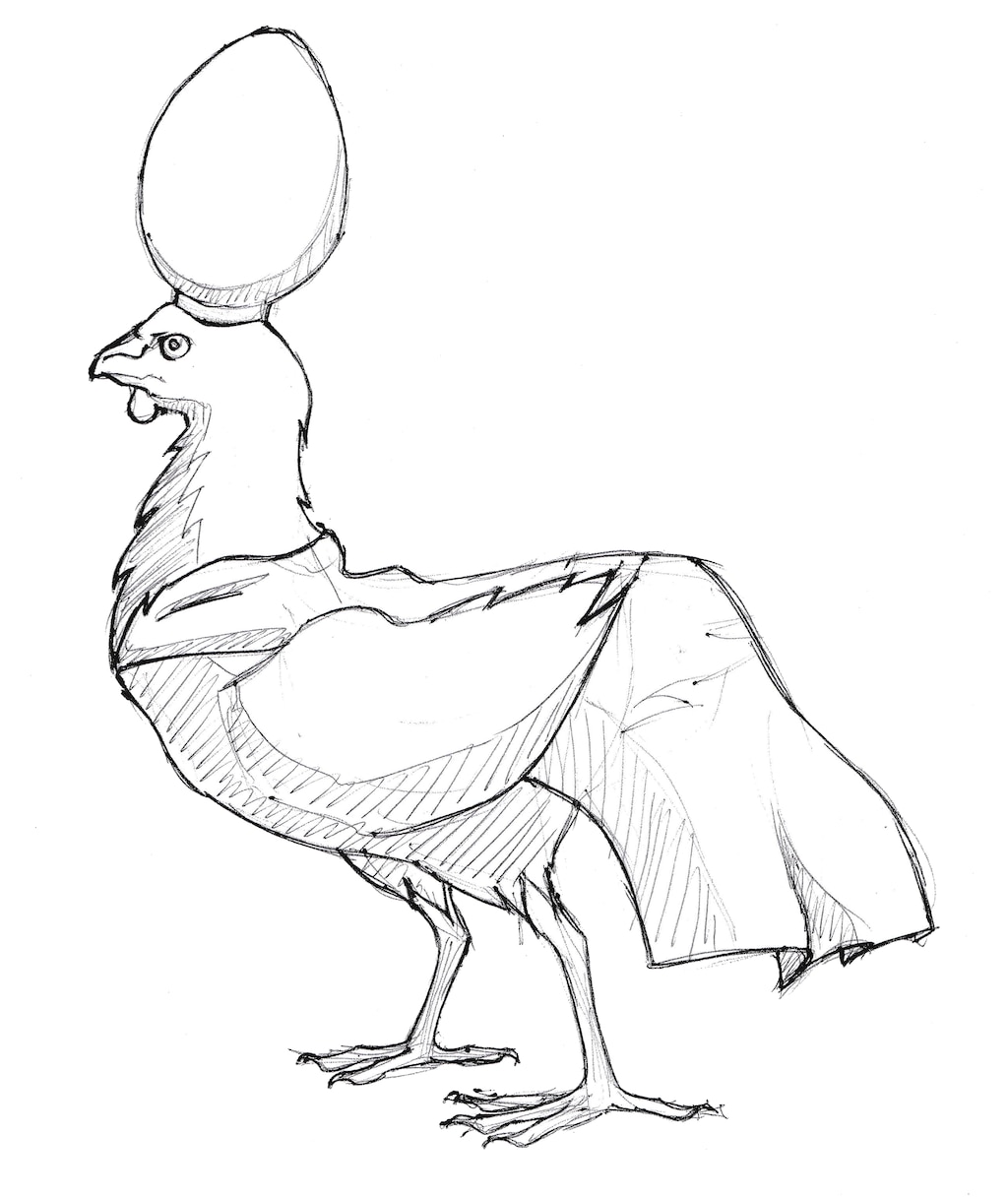 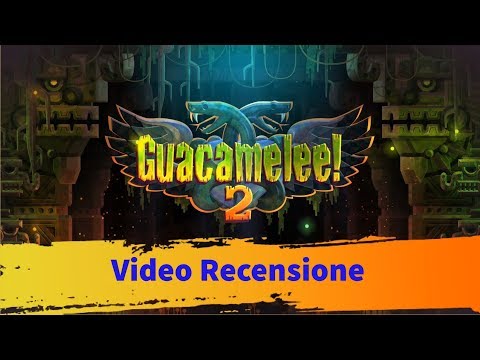 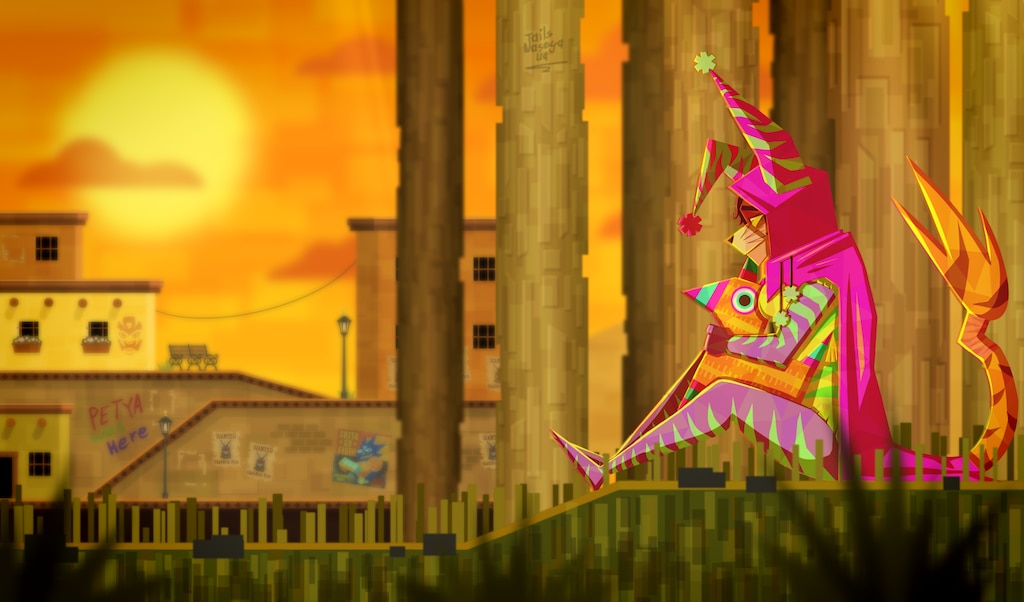 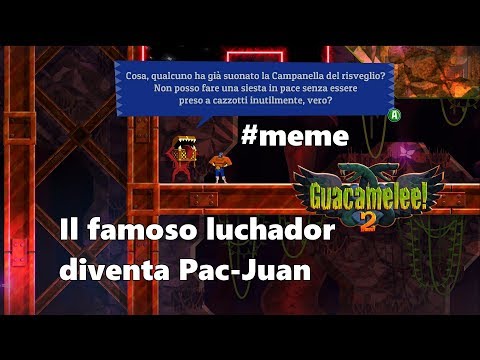 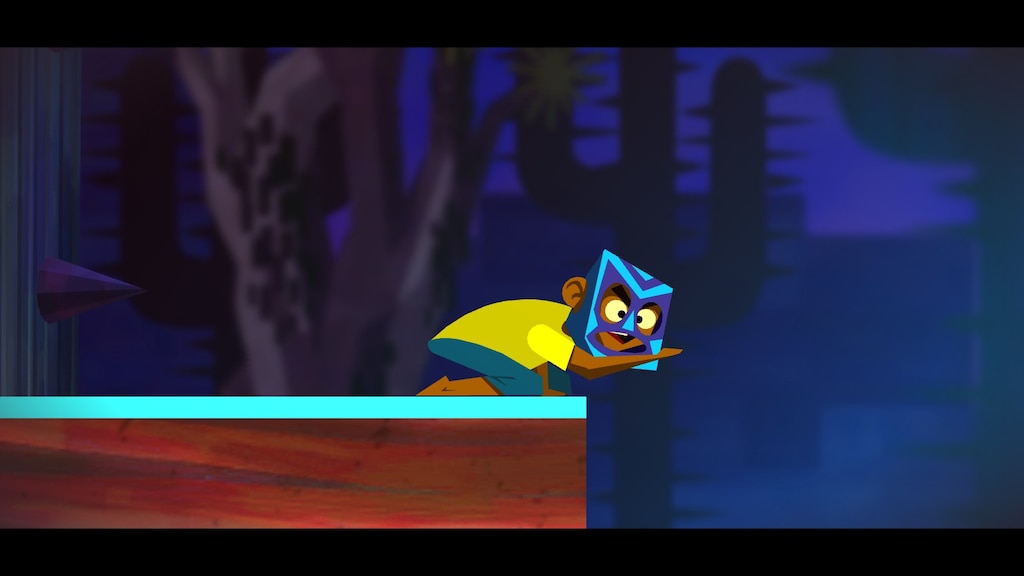 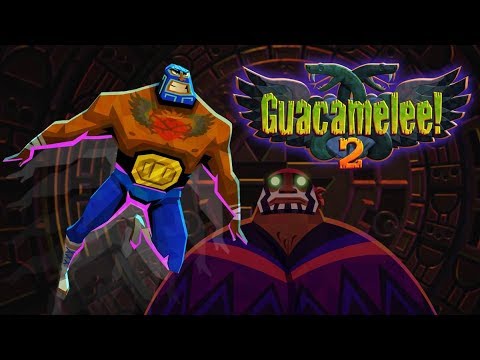 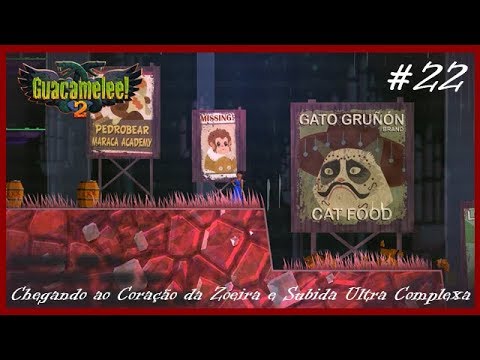 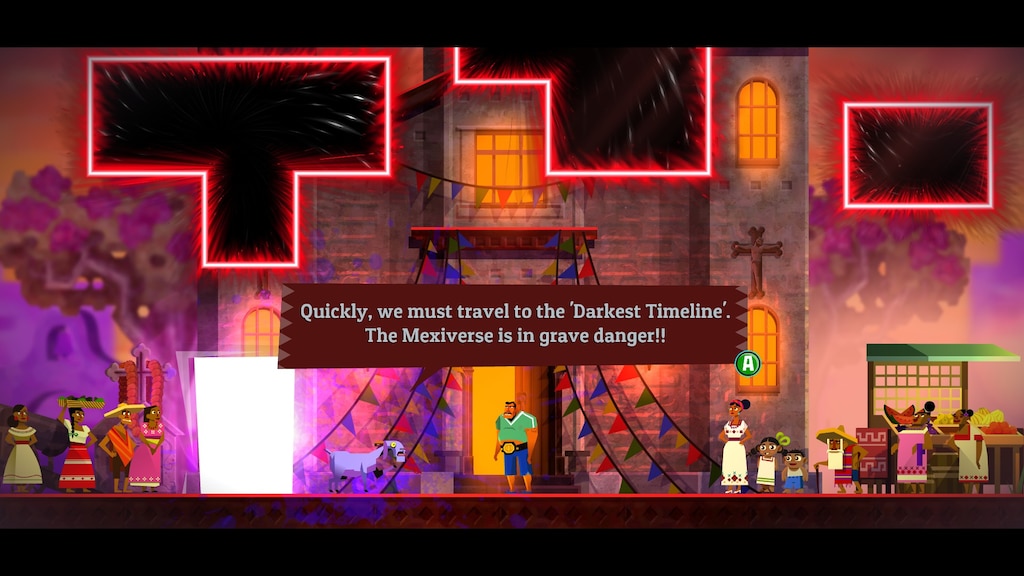 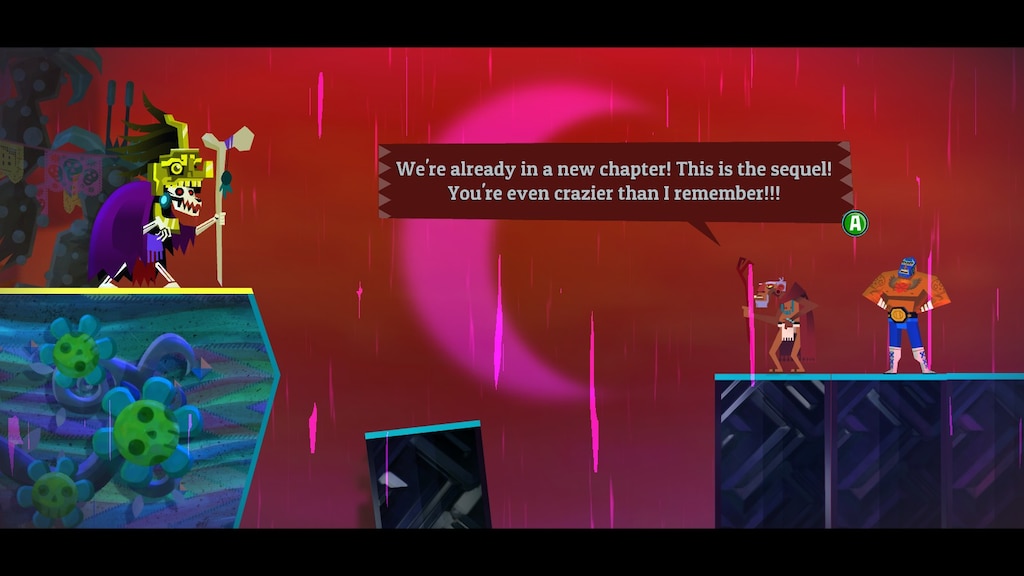 0
0
The story doesn't even try to take itself seriously, running wild with its own jokes and coming out all the better for it. 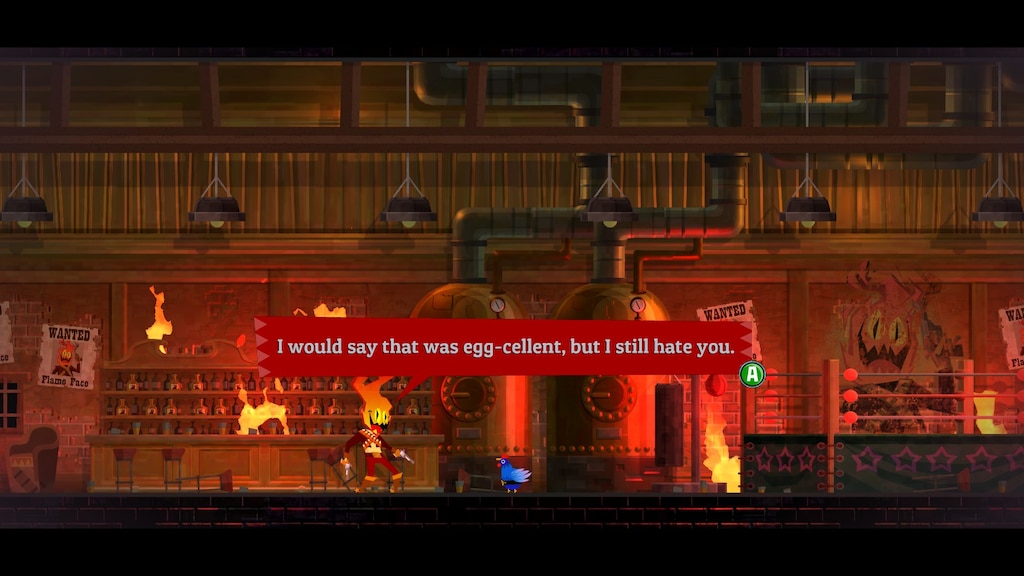 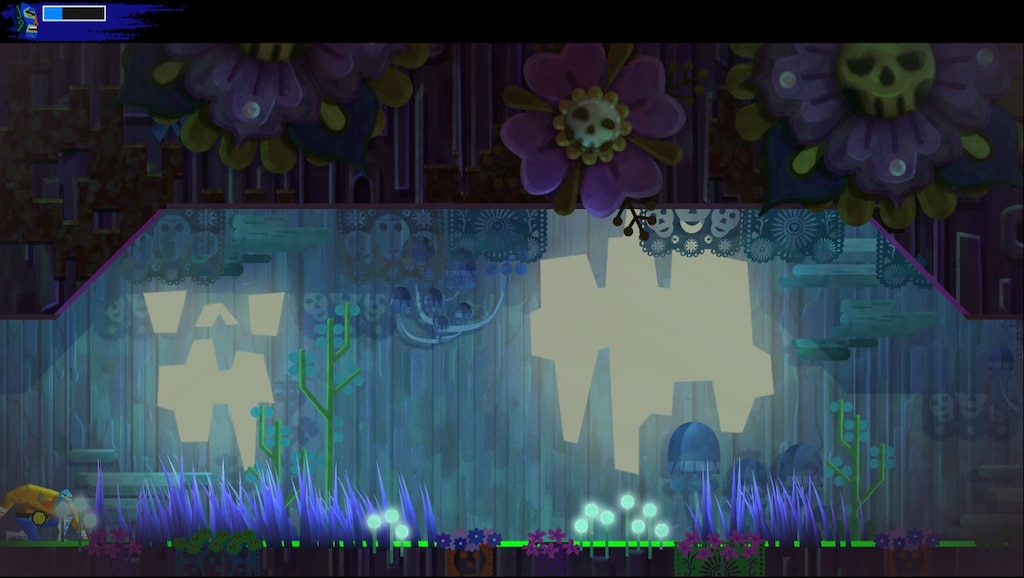 ciCİMAL
View screenshots
HELP!!!!
Every time I try to start the game, a message appears saying: "please verify that your system meets the minimum requirements. Unable to initialize video card " Can someone help me solve this problem?
1

Samu_192
Jun 29 @ 6:30am
General Discussions
The game is ridiculously hard and it's a mistake
Seriously, the devs probably thought their core audience wants to play an insanely challenging game like IWBTG, Cat Mario or Boshy, in other words, troll masochistic games, no other explanation I find on this insanely hard and frustrating level design. I do have skills, I played both of two first Guacamelees, finished them, got 100% on one of them and it was fun both times. The sequel is not fun. It's a ♥♥♥♥♥♥♥t frustrating game heading into wrong direction. Let the percentage of positive rev...
20

bucdafuc
Jun 9 @ 2:40am
General Discussions
Character strikes a pose and cannot move
Hey guys, Is anyone else having a problem where Juan will suddenly stop to strike a pose (looks like a punch diagonally upwards)? Sometimes he'll do this on the ground, sometimes he'll jump up and do it in mid-air. He stops to do this for a full 1 second, making him vulnerable to enemy attacks. You can't move or attack during this time (button inputs don't work). I looked in the controls settings, skills trees, and move list...nothing, no button combo listed that should make the character pose/taunt/what...
2

5ecretDoves
17 hours ago
General Discussions
Linux?
This thread is basically mandatory for any game that doesn't list it in its system requirements. The first Guacamelee is on Linux, and it was awesome. Will we see Guacamelee 2 for Linux?
65

&rew
May 25 @ 9:54pm
General Discussions
No one has rated this review as helpful yet

Recommended
3.9 hrs on record
amazing game, i love the music, the vibes, the setting, the humor the characters. the gameplay and the bosses, my only complaint is that i wish it was longer and harder, i hope they make guacamelee 3 one day

Recommended
19.8 hrs on record
This game is ♥♥♥♥ing awesome. It shines as a platformer/beat em up' with metroidvania elements. It beats the original in every way, shape and form. Do yourself a favor and play this game- and if you want to hate life, try to get the special key