After a tragic incident, brothers Sean and Daniel Diaz run away from home. Fearing the police, and dealing with Daniel's new telekinetic power, the boys head to Mexico. Each stop on their journey brings new friends and new challenges.
$7.99
Visit the Store Page
Most popular community and official content for the past week.  (?)
So good
Playing episode 2 so far so good. 1000 times better than cringy before the storm
19

100% Achievements // All Souvenirs Locations
Step-by-Step guide of all the locations of the souvenirs in Life Is Strange 2 .
168 ratings 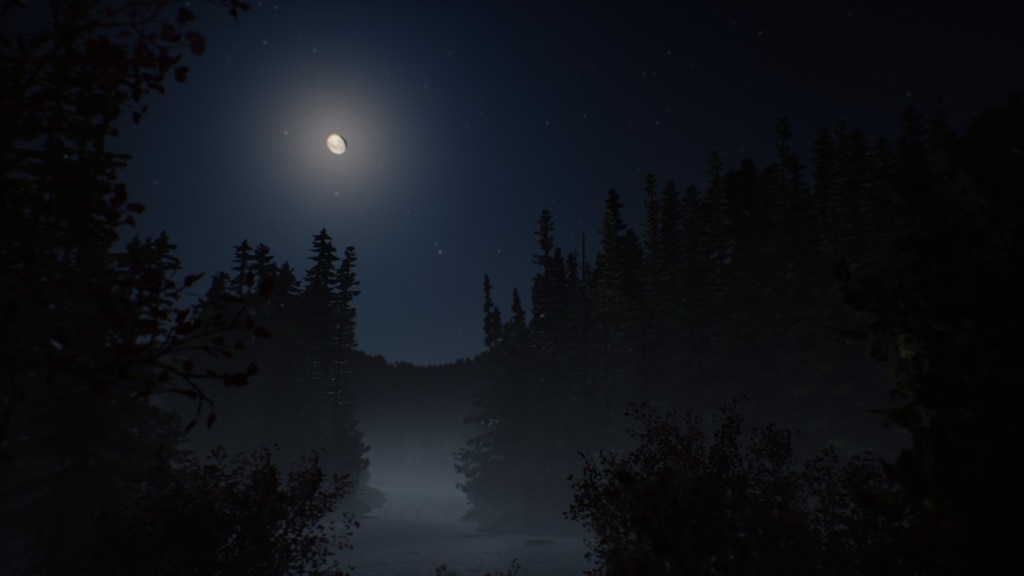 no тохик
View all guides
Screenshot 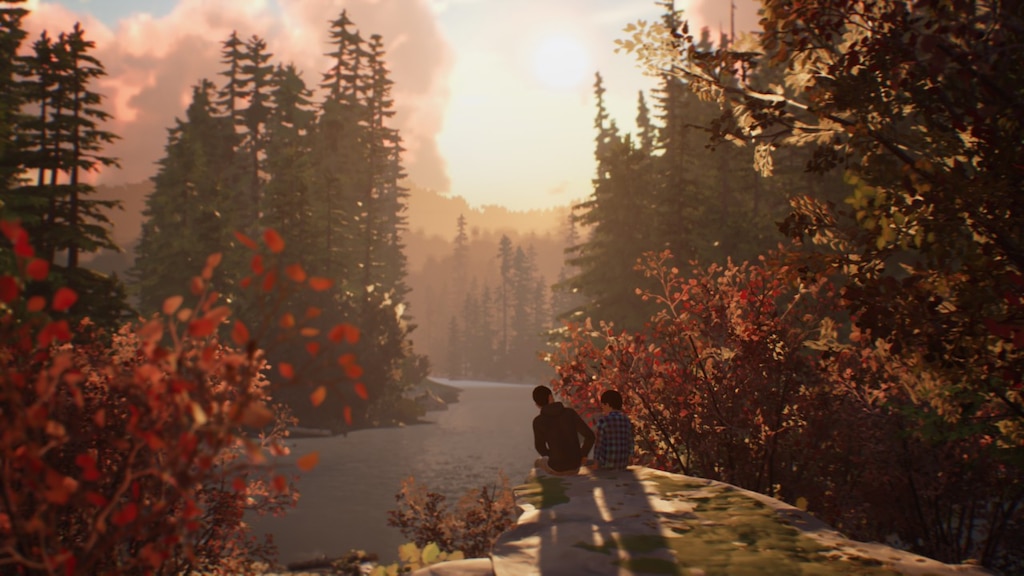 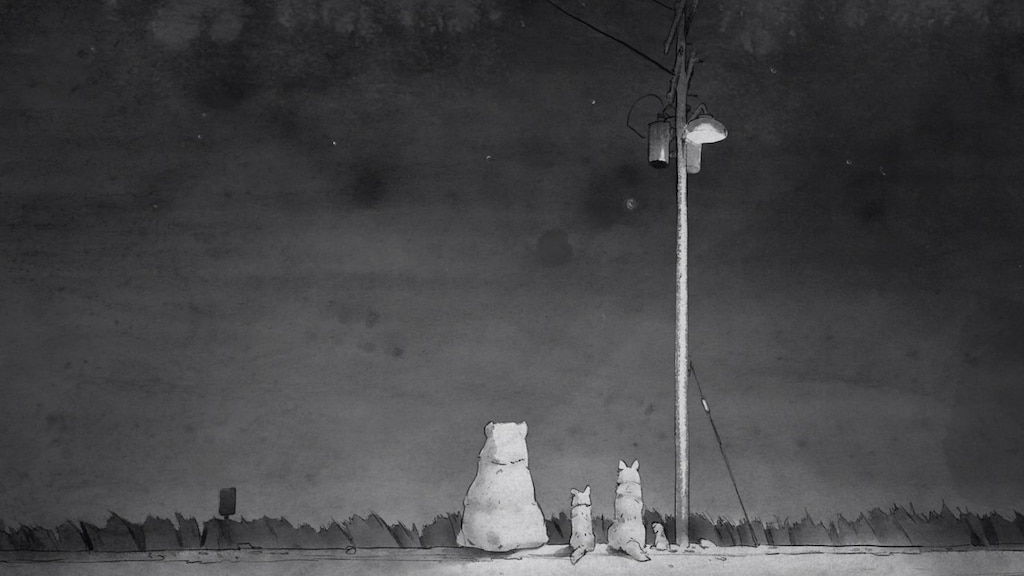 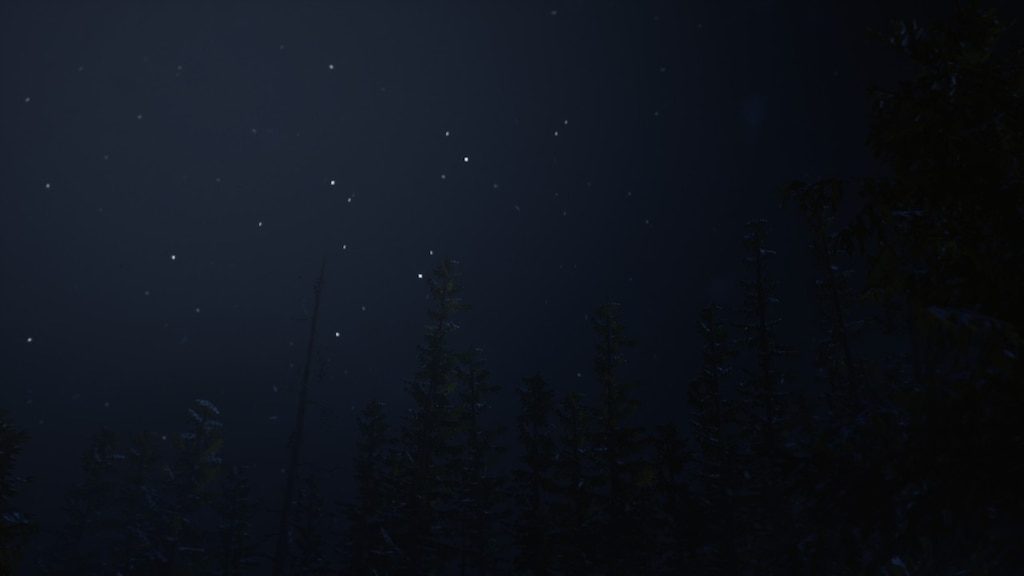 Not Recommended
19.1 hrs on record
TLDR:
LiS2 is okay. It tells a vastly different story from LiS1 with completely different characters, but it fails to capture the essence of something amazing as the first game did. The story is way too politically overexaggerated. I did not enjoy DONTNOD's method of storytelling for this sequel.

GAMEPLAY:
Like most episodic choice-heavy games, you control the movements & interactions of the protagonist, Sean Diaz, on his journey with his brother, Daniel. You can make small, unmeaningful decisions and large, life-changing decisions throughout the game that shape the relationship between the two brothers either positively or negatively. Generally speaking, choices do matter and which ending you end up with is a culmination of every choice you made along the way.

GRAPHICS:
LiS2's graphics are a step up from LiS1. The ambient environment is more colorful and detailed, and godray-like effects improve the looks of the backgrounds. The art style is generally the same, but animations are noticeably improved. If you enjoyed the look of LiS1, you will like how LiS2 looks.

STORY:
One day in Seattle, a catastrophic event occurs that forces Sean and Daniel to flee and run away from home. They set off planning to head south in order to find shelter, but they only have each other in order to survive. Along the way, they encounter many different personalities/characters who either help them on their journey or impede their progress by some nefarious means. How will you choose to shape the relationship between the brothers, Sean and Daniel? And how will your actions affect the thoughts of the easily-influenceable mind of Daniel, a mere 9-year old child who is forced to leave home against his will and live on his own without his father?

STRENGTHS:
-Game looks great. DONTNOD definitely improved the graphics/animations from LiS1.
-A different take on a game involving supernatural powers as you aren't the one with the powers.
-The developing bond between brothers is wholesome and believable.

WEAKNESSES:
About to have a field day here... Spoiler-free of course.

-The story premise as to why the brothers are on the run is WAY too overexaggerated. The political turmoil that DONTNOT wants you to suspend your disbelief for is so radical and unrealistic that it just turned my enjoyment of the game sour from the beginning. DONTNOT continuously tries to build a narrative that the political environment of the country is heavily against your favor and that pretty much almost every stranger in the country wants you dead or hates your guts.

-Most of the characters, although solidly written and portrayed, don't stick around for long. Due to the nature of this story being a constant journey by the protagonists, they are always on the move and never really safe enough to settle down to talk with different strangers for long. At best, a side character appears for two out of the five episodes. You don't get as much character development as in LiS1 where you practically spend the entire game interacting with many of the side characters and create meaningful bonds with them. Here, I spent an episode with the characters and wondered "Why should I care when I don't know if I will even see you in the next episode?"

-Has to do with the story again but, none of this needed to happen if Sean was just written to not be a complete idiot and want to run away from the incident instead of explaining to the cops/authorities what really happened.

NUMERIC SCORE (if you care):
7/10, it is a good game but I have to compare it to LiS1, one of my favorite games ever, and it falls flat in that comparison 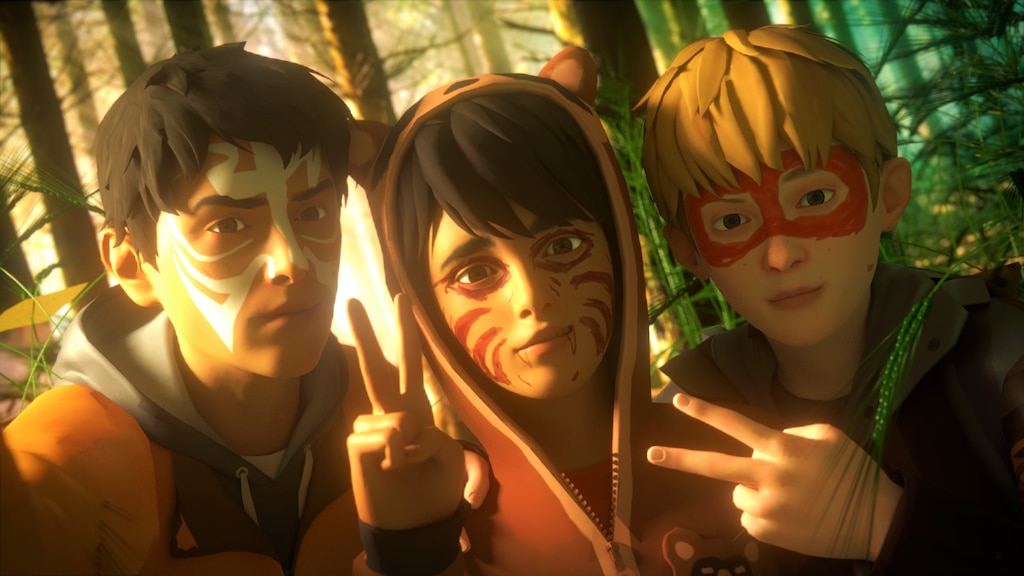 1
1
a picture i made for MIchel Koch's birthday

Johnson Blazkowicz
View artwork
This game shows who the true fans really are.
Seriously, if you thought the LIS franchise is about a teen lesbo-romance show, than it shows how ignorant you are, and really much of the fanbase thought it was this. Luckily its the vocal minority, as the silent majority actually like this game. LIS 2
402 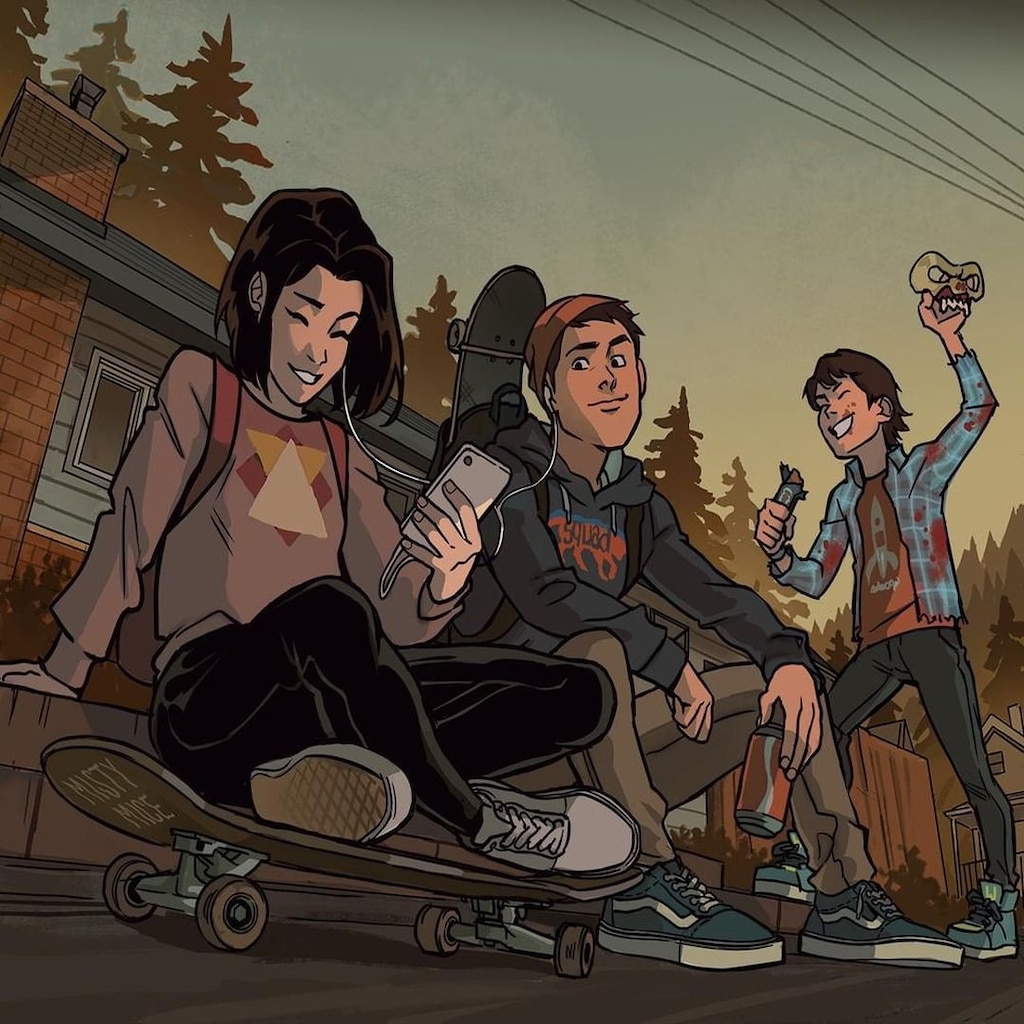 ❤Maxine Caulfield❤
View artwork
LiS3 Rumors: No Sean, Daniel, Max, or Chloe
There is a reddit thread discussing evidence that a new LiS will be announced this summer that won't feature any of the previous protagonists as main characters. Evidence suggests that the next game will have both a male and a female leads of Asian descent who will have some sort of mind power. I am fine with this but I hope that we get at least some mention of Sean and Daniel. Personally, I was hoping that LiS3 would have Sean and Max as leads and Sean would discover his own time travel power. Any other...
95

Not Recommended
15.6 hrs on record
the story between episodes isnt even connected, we get something random every episode, new charecters that we forget right after we are done.
nothing is as impactful as it could've been.
it felt like the build up to who the brothers mother was big and in the end it was nothing but disappointing.
conclusion: dont waste your money on this game, if you want to see whats it about, just watch gameplay on yt. 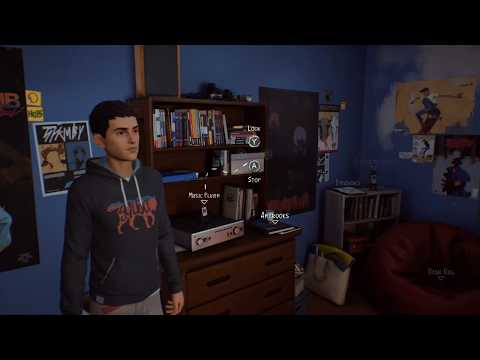 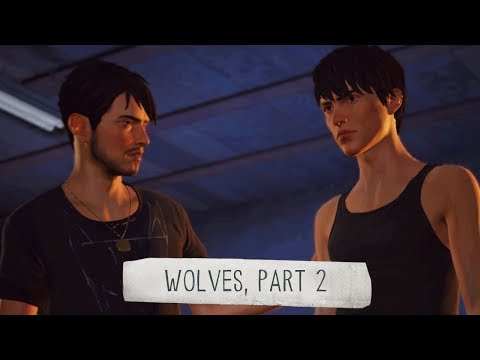 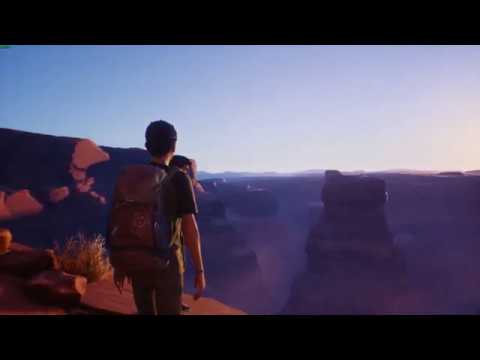 Not Recommended
3.0 hrs on record
Life is Strange 1 and Before the Storm are two of my all-time favourite adventure games. I really loved those. They had great emotional stories and very likeable characters.

So I was really looking forward to Life is Strange 2 and had high expectations.

Sadly, this game is really disappointing. The story as well as most choices are highly illogical. Both main characters are absolutely dislikable and rather annoying.

I stopped playing this game after about 3 hours and will not continue it... 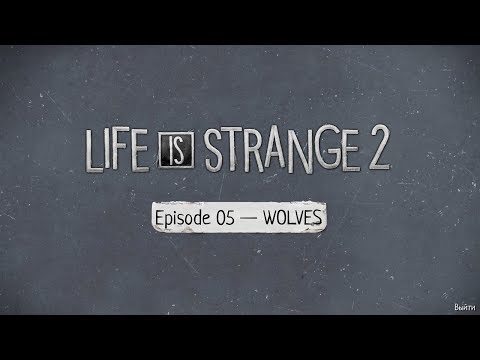 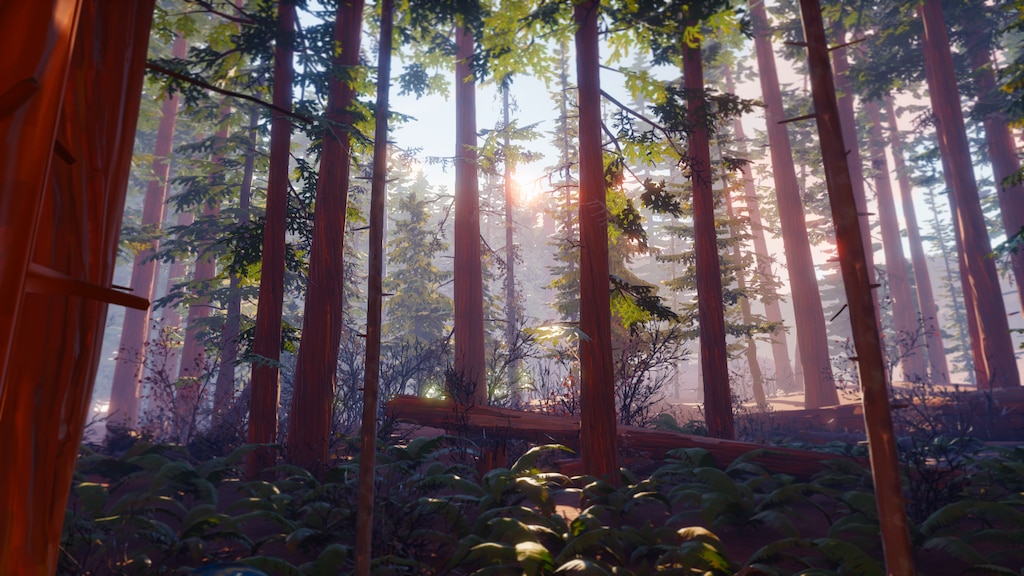 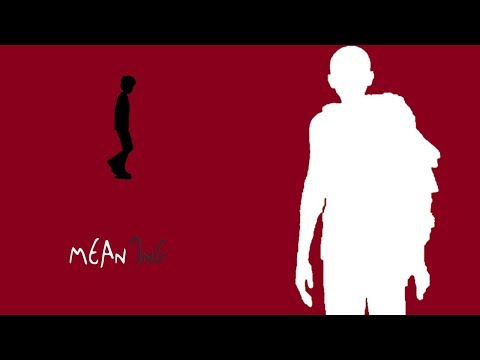 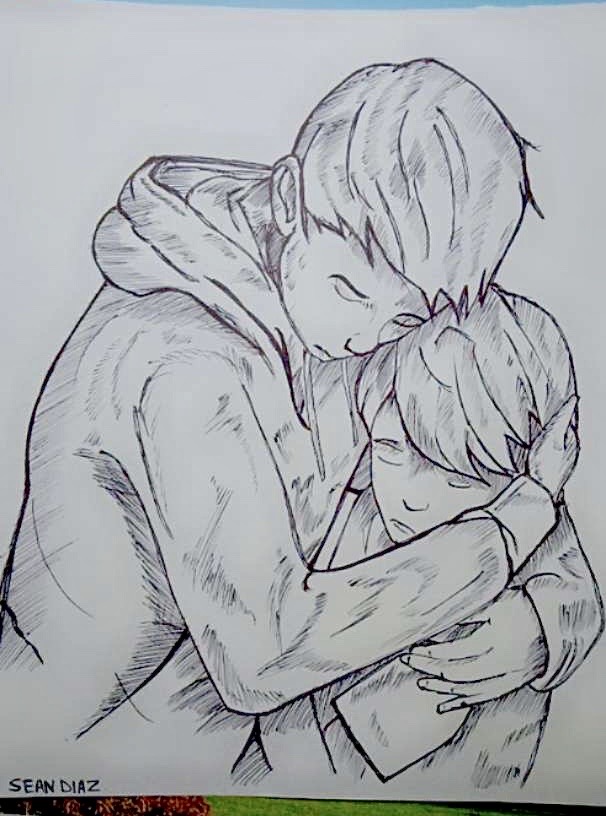 Merk'en
View artwork
Is this for me?
The first game's dialogue made me cringe so much i couldn't play it. Maybe it had much to do with the fact that the protagonist was pretty much a female personification of tumblr. Are these characters written way differently or does it fit into the exact same angsty teenage girl vibe?...
11

Roy
Jul 5 @ 6:23pm
General Discussions
Pale Shadow Of The Original (Spoilers)
No mystery, to disjointed, the person you are supposed to care about is an annoying child. The best parts of this game are looking back at the originals location, and the david cameo with the pictures and listening to his phone call with chloe. This isnt a bad game before the fans ♥♥♥♥♥ out in the replies, but it lacks the emotional power of the first game, if you dont feel the same im just sorry you couldnt connect with the original as much as i and many others did, but for us this game just does not live...
5