theHunter: Call of the Wild™

❗Help us swat those bugs! 💥

If you find a bug or issue, please submit a report via our OFFICIAL SUPPORT PORTAL[support.thehunter.com].

theHunter: Call of the Wild™
1,079
468
21GB "hotfix" and thread deleting
They decided to delete threads about the 21 GB hotfix instead of merging them together. About the patch: This is just really bad coding. Path of Exile for example also has big archives, but when they fix something in an archive, they publish the change and let steam modify the archive - no need to redownload. That's how it should be done. What they did whith this patch is just ridiculous and lazy as hell. Edit: typos...
77 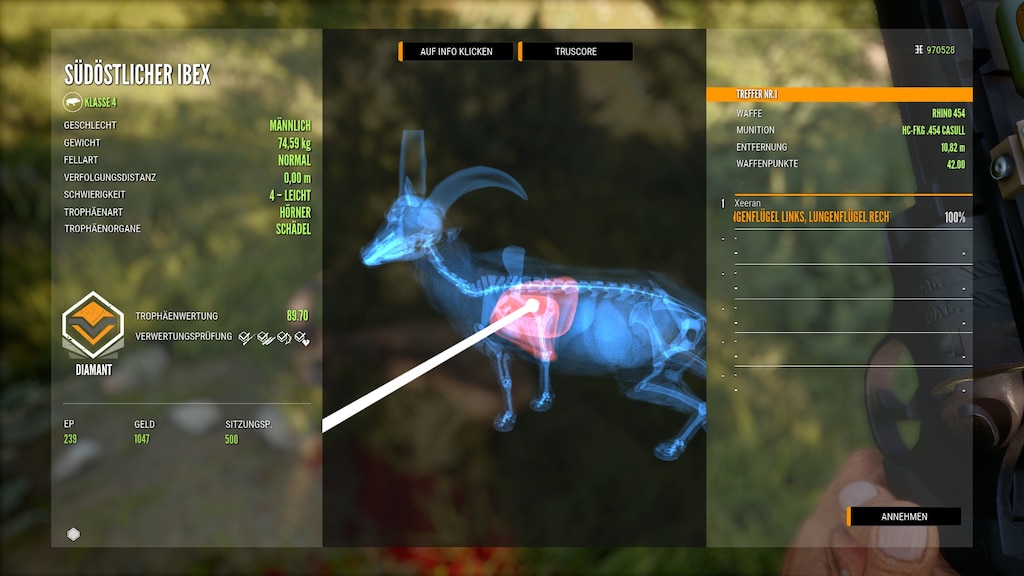 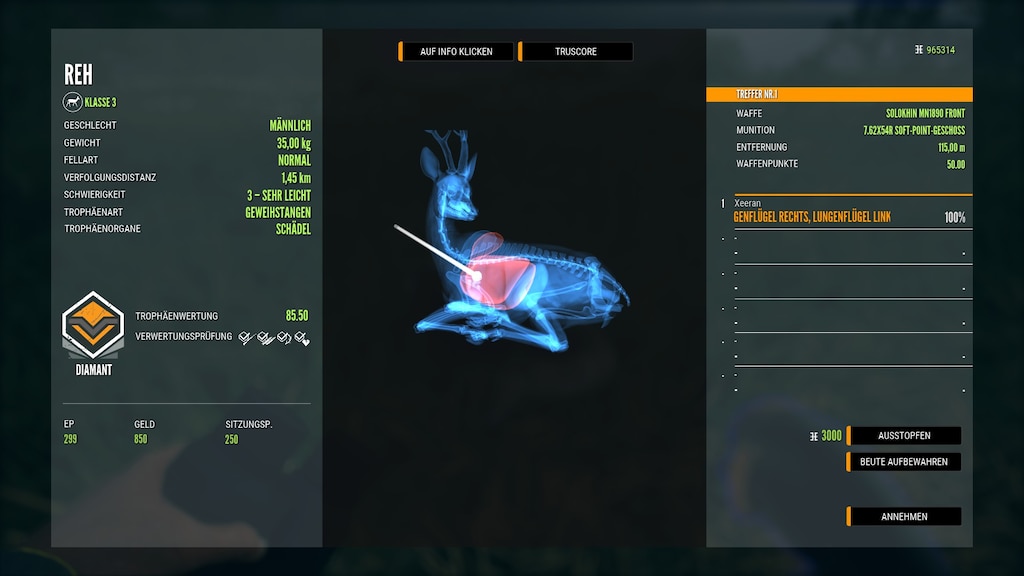 Xeeran
View screenshots
Message From the Developers
Mar 31
Howdy Hunters!
We’re overwhelmed with all the positive feedback and chatter surrounding the first ever canine companion for Call of the Wild. It’s a huge feat for us, and a long-time anticipated addition for everyone!

As it turns out, there were a few sneaky stowaway’s aboard the release:

👉 Bloodhound ‘Tracker’ trait progression not working as intended.
When the Bloodhound reaches level 15 its animations may decline into a persisting slow motion state, essentially making it unusable. Thought to have been resolved during early production, this issue selectively reappeared during the Content Creator Weekend and has since been popping up more frequently among the sheer volume of players.

As an almost immediate temporary fix a server-side change has already been pushed to prevent the issue for players that have yet to encounter it, and solve it for the minority of players who have.

Please note this temporary solution is an online only fix; players who play offline, and therefore aren't syncing with our server, will still run into this issue.

👉 False animal-scoring recordings in the player Codex.
An entirely new issue with growing reports, Silver-scoring animals are being recorded as Gold, Gold as Diamond, and Diamond as Great Ones.

Luckily, we know the cause and are in the process of preparing a fix. The downside is that any kills registered in the Codex between the issue occurring and the upcoming fix will remain incorrectly listed.

👉 A hotfix is coming.
The team is working toward resolving these issues as quickly as possible, though with this weekend (Easter) being a business holiday period for many around the world we won’t be able to deploy a hotfix as fast as some may have hoped for.

Thank you again for all of your support and understanding! We’ll provide another update as soon as we’re able.

Call of the Wild Team 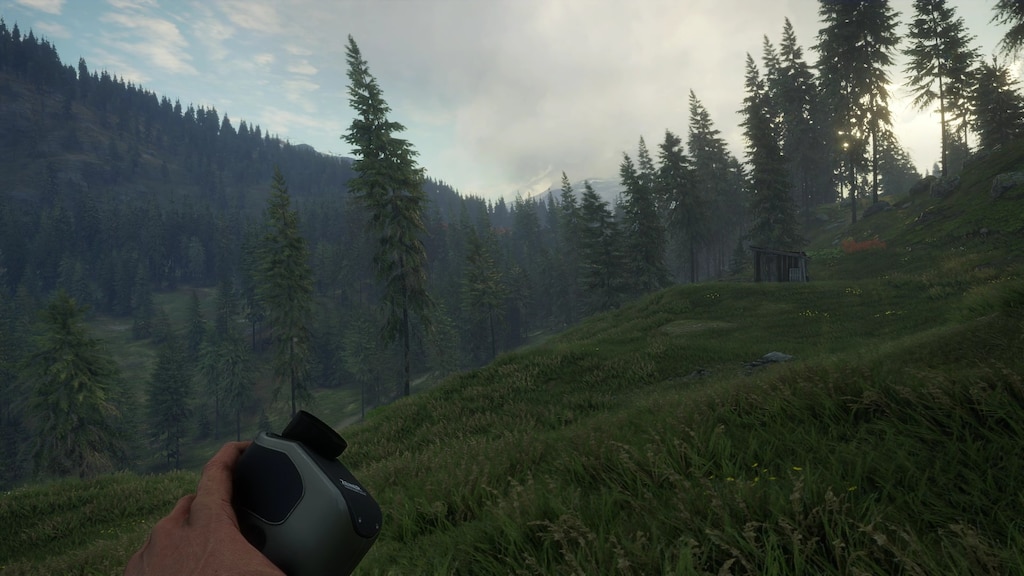 Secret scent and caller effects guide
Showing what animals are attracted to what callers, with and without hidden animals perk.
29 ratings

Recommended
27.2 hrs on record
theBuyer: Call of the DLC™ 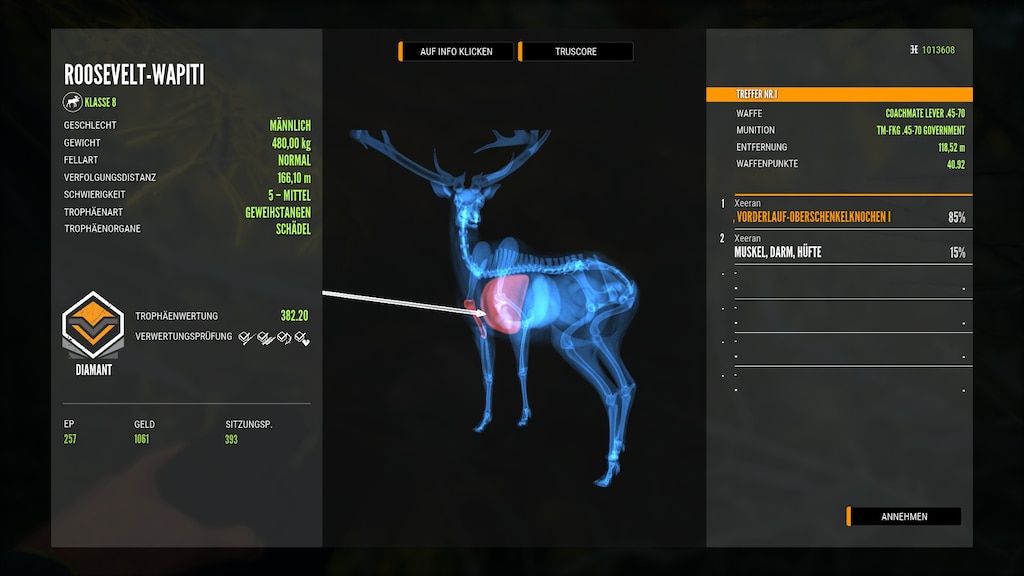 Not Recommended
1,056.1 hrs on record
This game has problems. Its like renting a mansion on the Riviera, you get there and wow, the grounds are amazing, the mansion is beautiful. it's even supposed to have a pool. Then you go inside, try to turn on the lights and nothing happens. Roaches and flys are running rampant. You then find out the pool is empty because there is no running water and you are going to be using a porta potty for your entire stay. This could be the worst investment of your game money you spend. The Devs are trying to fix it [I think] but they also seem to push out bug filled DLC 'S like they are running a puppy mill. More effort is needed to fix what they have, before they push out new content. 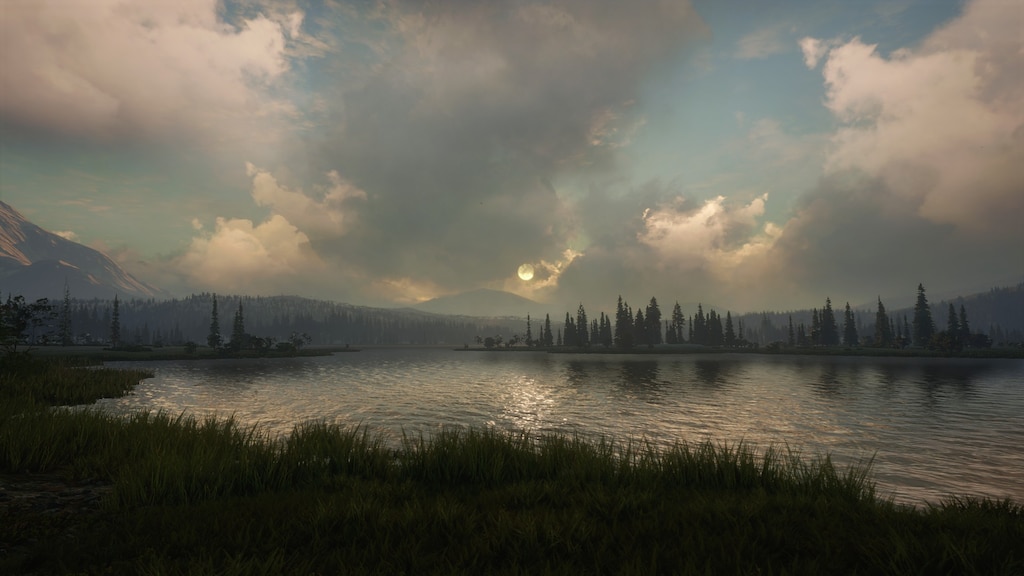 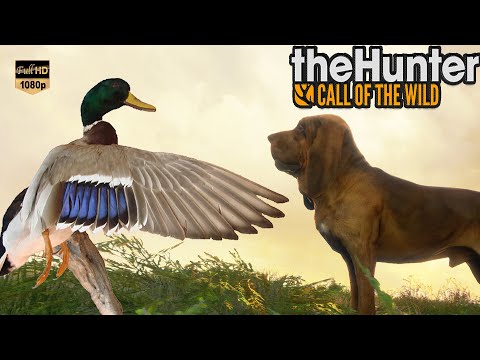 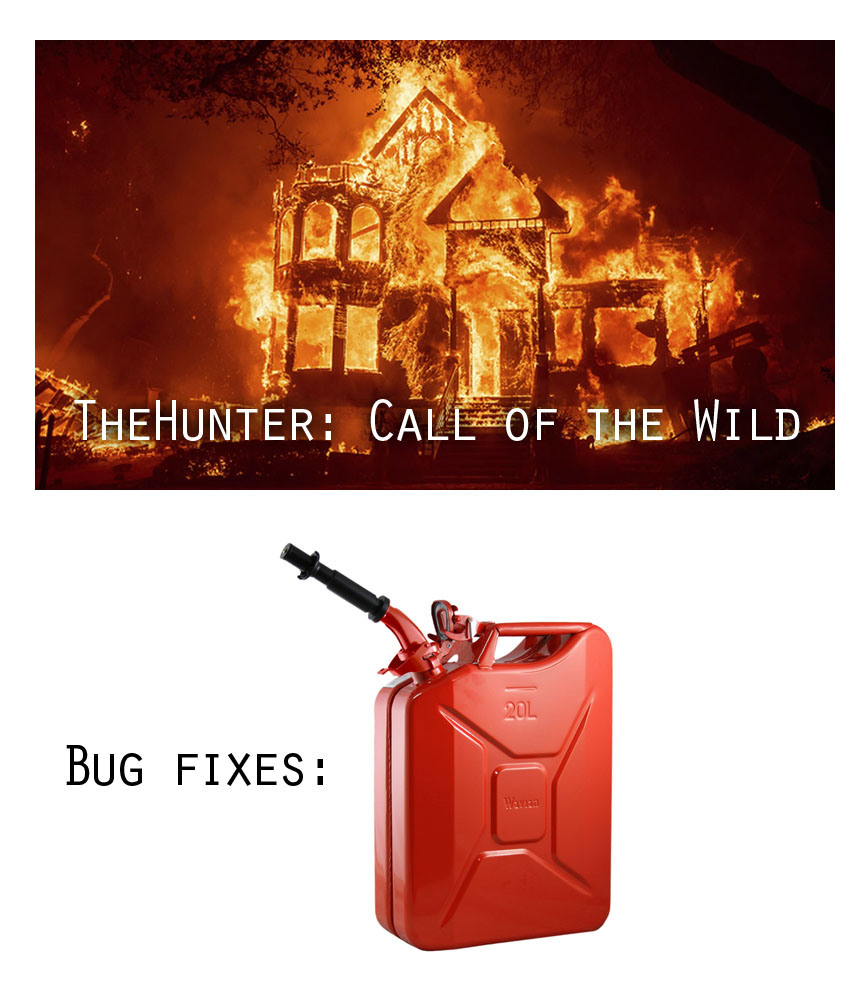 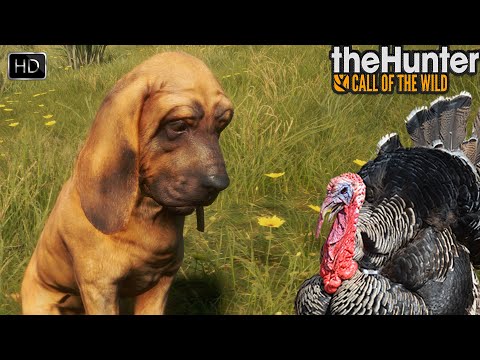 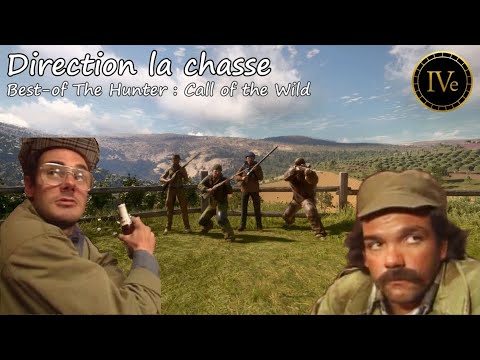 荒漠野驴
View all guides
Invisible Trophys after Hotfix 1.67
can anyone confirm tl;dr: Te Awaroa National Park Corpses are invisible but can still be claimed. (Tried it on Goats and Fallow) Harvest Screen not showing up after claiming trophy can anyone reproduce this? Hey guys, i found a MAJOR BUG in my game testing the new hotfix. I shot fallow dear and feral goats on Te Awaroa (at the river) today. After a few shots i fast traveled to the nearest outpost and went to the corpse locations. The corpses...
40 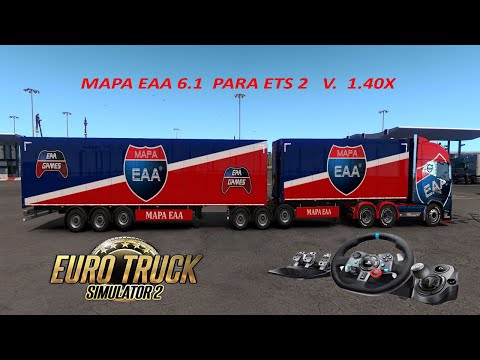 0
0
THE HUNTER CALL OF THE WILD 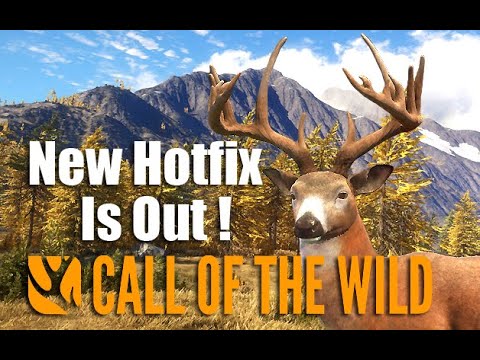 0
0
New Hotfix Is Out ! theHunter Call Of The Wild 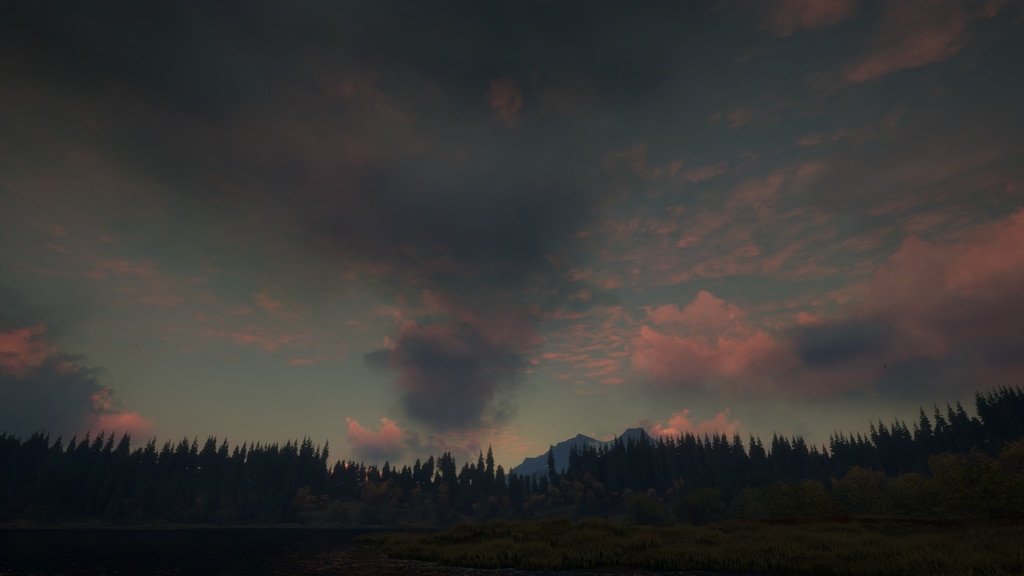 NRneumann
View artwork
Best Load-out for All Classes w/Integrity
Hi, What is the best load-out for all classes, for all integrity on all animals? I am trying to find the best so I can carry all weapons, all the time. I also use callers and carry a tent and walk around the map looking for herds at need zones. Here is what I have so far.... .22 (class 1) .223 (foxes and coy) .6.5 (class 4-8) .300 (class 7-9) Bino 4 callers 1 tent Tried the crossbow (w/ all arrows), and that is a pretty good combo. But, I am not liking the inconsistencies with shooting and the limited d...
14

Frank Hilton
13 hours ago
General Discussions
Scopes Redux
I wonder if it is at all possible to have a more or less permanent scope discussion without it devolving into a flame-fest? So where the last scopes discussion left off was that I and one other fellow seemed to feel there really is no way for the lower magnification scopes to compare to the higher mag scope for getting the opportunistic shot off accurately. if I understand the counter-argument, something about the lack of wobble and the larger field of view of the lower mag scopes gives some people more o...
10

Rig Nan Roach
2 hours ago
General Discussions
Hot Fix Patch Notes for 4/20
Bug Fixes: Very Common: Crash when ordering dog to track within 50m of a duck or goose corpse Very Common: Incorrect ranking of trophies displayed in Hunter Profile menu. This issue is fixed for new harvests but is NOT retroactive Common: Unusable state of dog going into a slow motion state at level 15 of tracker trait Rare: Crash on joining multiplayer session Rare: Crash on startup on PC ❗Help us swat those bugs! 💥 If you find a bug or issue, please submit a report via our OFFICIAL SUPPORT POR...
17