You have a unique opportunity to gather a team of friends or go on a solitary expedition to the forests of wild reserves and feel like a real hunter for Bigfoots.
$15.99
Visit the Store Page
Early Access Game
Get instant access and start playing; get involved with this game as it develops. Learn more.
Most popular community and official content for the past week.  (?)
Upcoming BIGFOOT Update News: Heroes, BRA, and Key Giveaway
Sep 10
Hello everybody! While we are working hard on the upcoming update, which will be released this fall, we are telling you about the new things that await you in this update. This is the first part of update announcements and in it, we write about the heroes and their history, BRA in BIGFOOT. In the end, you will also find information about the key giveaway, so read to the end!

In the new update, our heroes will decide to unite into a whole organization that will fight Bigfoot!

Bigfoot Research Association (BRA) brings together the main characters of the game: Jess, Rick, Tom, and Will. Everyone has their own reason to join the team, everyone pursues their own motives, but they are united by a common goal - Bigfoot.

Newspapers and news reports reported many missing people, with investigators finding only strangely huge tracks and a couple of scraps of unknown wool. The BRA group decided to conduct independent research and find evidence of Bigfoot's existence. Attempts have so far been in vain, and many tourists have already been found dead. They left notes, and some even kept a diary, some were found to have inhuman blood and hair, but DNA tests did not confirm anything.

What could have really happened? BRA will come to some terrible findings...

Also, our heroes have become more realistic and interesting. You can see their stories and models below:

That's all for now. We really want to tell you about the development and all that new that awaits you in the upcoming update, but you need to wait a bit and we will return to you with a new story, and soon with a game update!

Do you remember that at the end of this message we promised to tell the news about the giveaway? We have not forgotten!

Already now on Instagram, there is the giveaway for 3 keys for you and 2 your friends so that it would be interesting for you to hunt for Bigfoot together. The competition will continue until 23:59 12.09 according to Kyiv time (GMT + 3), and already on September 13, a random generator will choose the lucky winner and his 2 friends!

To participate, follow the link[www.instagram.com]. Good luck to you!

BIGFOOT
353
31
FIND A CO-OP
Hello guys! To make it easier here is one discussion where you could write and find new friends and co-ops Also, join our Discord server where there are many people online who would like to play together: https://discord.gg/5485TNX
278

karolinayakymenko
Oct 15 @ 5:43am
General Discussions
BIGFOOT BUGS AND PROBLEMS
We are waiting for your feedback on the work of the game) Please describe the problems as accurately as possible! Thx)
426

SKYhuSKY
1 hour ago
General Discussions
Update?
When is the new update?
1

[NON-OFFICIAL] BIGFOOT 2.0 [OUTDATED]
This guide will explain, in-depth, how to play the new update. This will be updated frequently with the help of your testing!
68 ratings 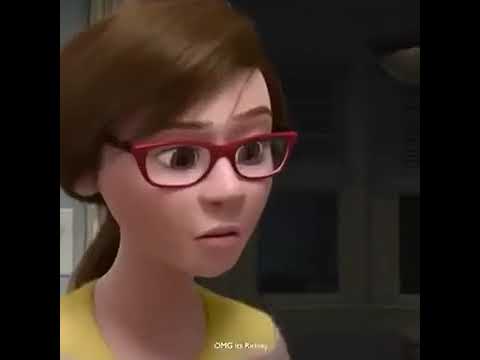 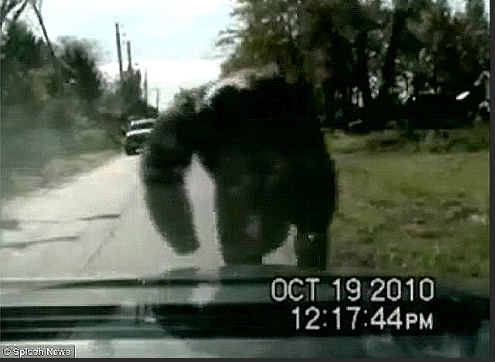 0
7
when bigfoot attacks your house

How to play Finding Bigfoot
The Basics 1. Tracking bullets will track him. You can see a red blinking dot on the map (Key "Q") You only have 6 tracking bullets so use then wisely. 2. Put down a trap, then put meat on the trap, disguise the trap with some leaves and then ...
36 ratings

Not Recommended
0.7 hrs on record
Early Access Review
I don't think I've returned something so fast in my life. 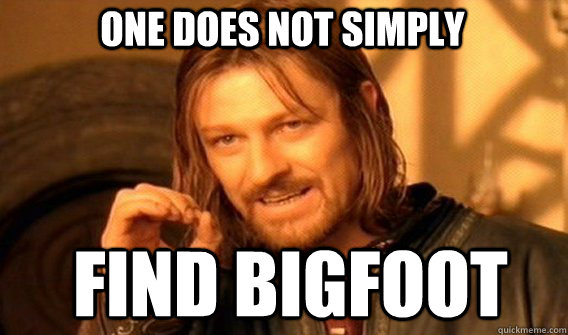 1
5
When you Hear About This Game

Not Recommended
0.8 hrs on record
Early Access Review
How do I say this politely.... Bigfoot as of now, does warrant 15 bucks. It's more of a walking simulator than death stranding. 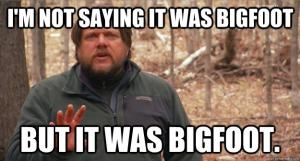 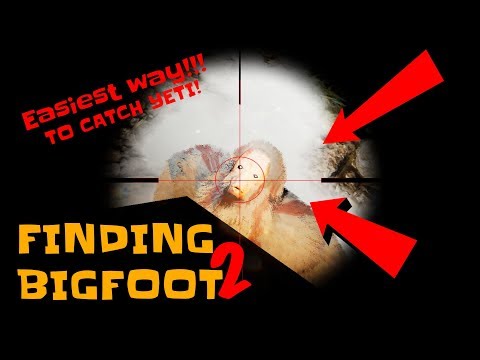 Bigfoot Guide 3.0
This is a guide which will give you tips and facts about the game and how to defeat bigfoot. 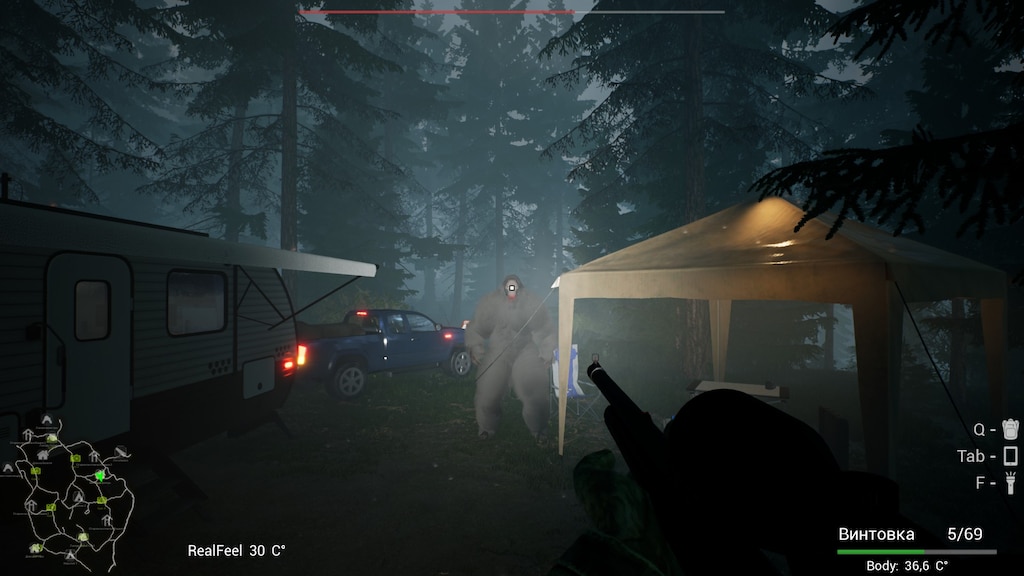 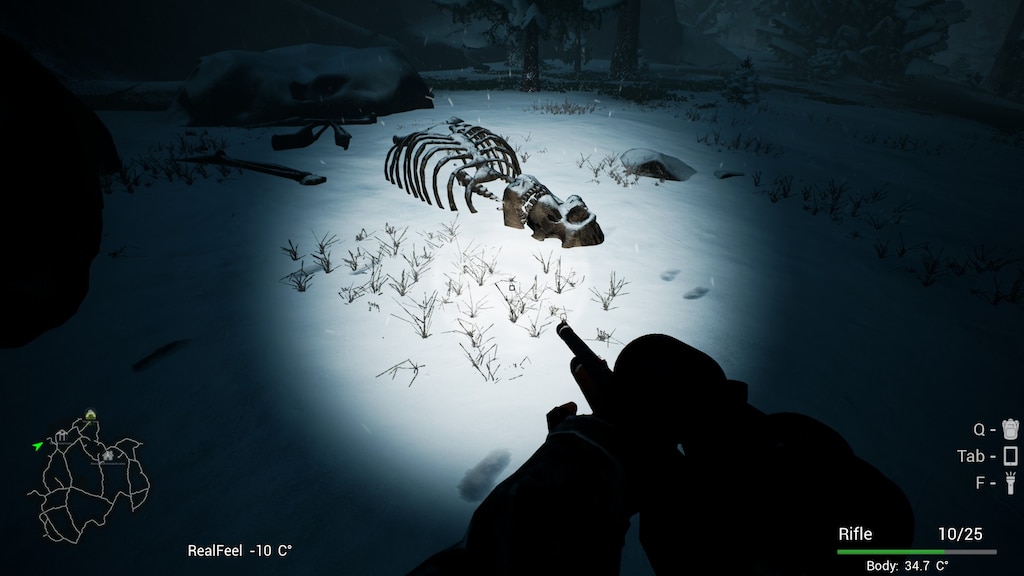 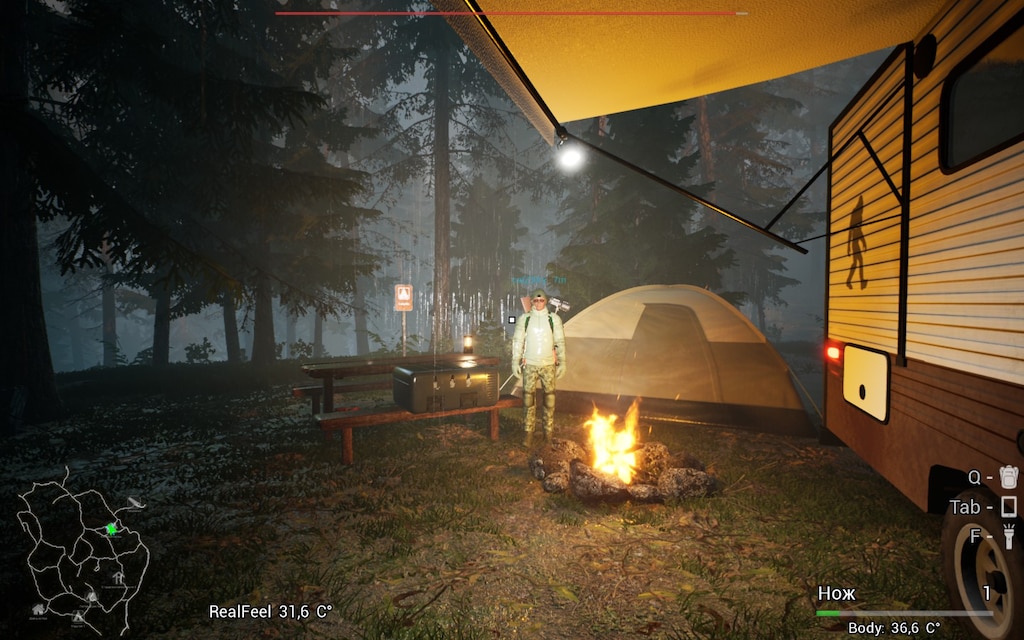 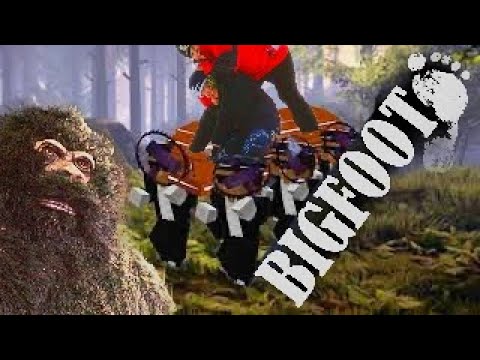 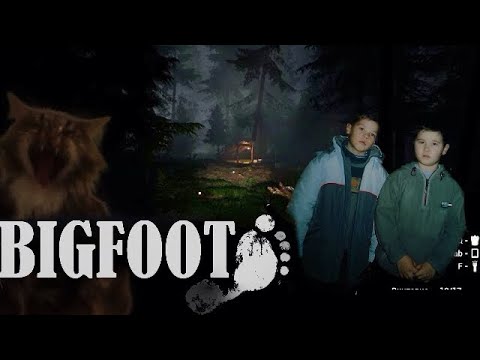 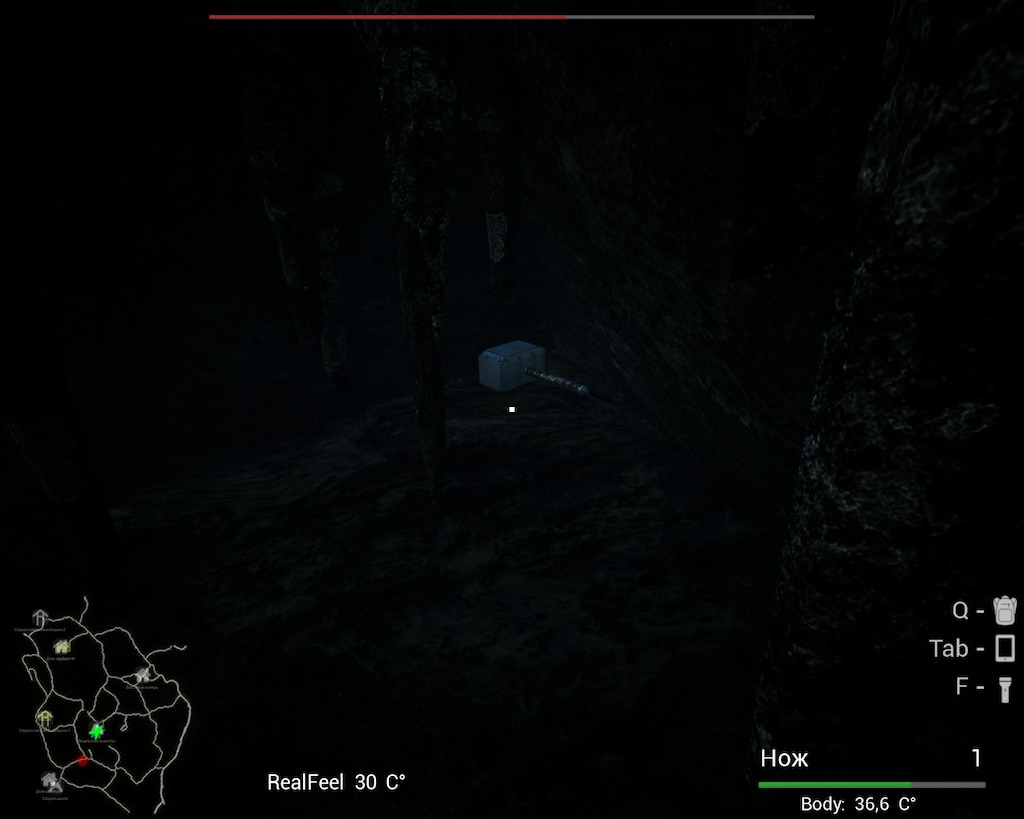 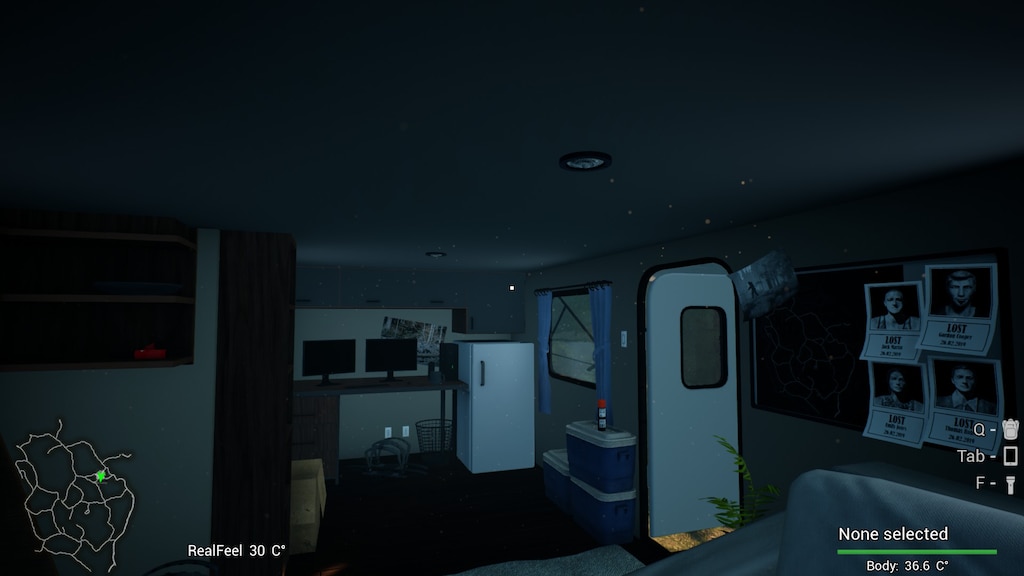 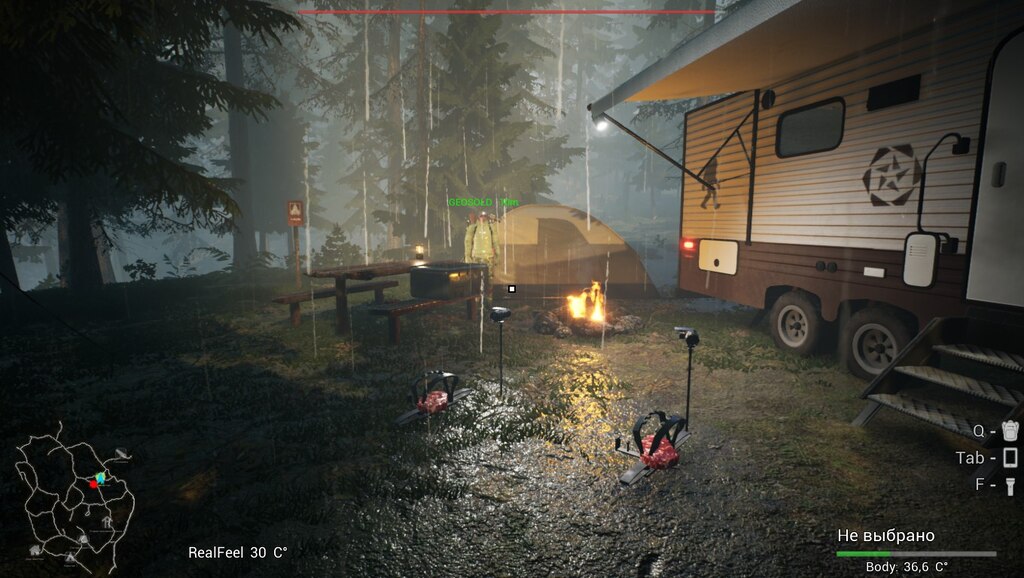 ca(Z)0ry
View screenshots
Any TIps & Tricks?
new player, anyone got any tips for Duo's play? Most of the guides seem to be not up to date, but if there is a good guide to look at, I will be more than happy to read/watch it! :)
2

Monkeh
Oct 17 @ 9:27am
General Discussions
Hows does it compare to Phasmaphobia?
Been playing a lot of Phasmaphobia recently and really loving it. This game looks awesome as well but how does it compare in terms of gear, co-op and scares etc? I see this game it getting full release in December so it must have had lots of updates already?...
3