Pathologic 2 is a groundbreaking open-world horror RPG. Resist the plague. Make medicine. Heal people. Perform an autopsy. Trade to get what you need. Fight and kill if necessary. Survive. Struggle with an outbreak in a secluded rural town that is rapidly turning into hell.
$34.99
Visit the Store Page
Most popular community and official content for the past week.  (?)
Now you can play Pathologic 2 in Portuguese!
Nov 21, 2020
The enthusiast aka rato profeta spent several months working alone on this release. He did a great job translating 250,000 words from English!

«In translating the game, I created a variety of variants and studies to make an accurate translation of the characters' names. Each character has its own style of speech, its own way of life, and their names are as important as their personalities. I tried to convey all of this in Portuguese while preserving elements alien to us, because it is obviously a game with its atmosphere and many elements from Eastern Europe and Russia as a whole. Finding the middle ground is an extremely difficult task, and I don’t know how well I managed it, but, you know, I tried my best», the translator admits.

It's important to say, the translator worked selflessly, wishing to introduce compatriots to our game. We were conquered by this selfless love. Muito obrigado, rato profeta!

The latest version of his work can be found here
https://steamcommunity.com/sharedfiles/filedetails/?id=2238537035

Pathologic 2
848
55
3rd playthrough and it is still a masterpiece & still finding new stuff
Finally managed to save all characters, but it was thanks to rng. Without Shmowder, all in the Bones category would have died. Now I finally had the time to enter Polyhedron, but at the expense of "quest" regarding railroads. Maybe I replay this game next autumn. Now I need to play Void....
2

Recommended
30.3 hrs on record
Overview
There may be no other game that is more relevant and relatable than Pathologic 2 today. It thrusts you into its unrelentingly deadly situation as Artemy Burakh or ‘Haruspex’, a doctor with only 12 days to save his home from a deadly plague. I will keep it short: Pathologic 2 is a masterpiece in every sense of the word. Every single aspect of this game is the result of a cohesive vision of its creators. While it’s not always ‘fun’ to play, the game insistently tells you a message and story in a way an interactive medium can only tell.

Gameplay
In the 2019 review from Rock Paper Shotgun, the writer summed up Pathologic 2 as “Budget Skyrim”, which is a gross misinterpretation of what the game is. Aside from basic similarities such as being an open world in first person perspective, Pathologic 2 is as far as it gets from similar power fantasy RPGs such as Skyrim. Many anguish over its lack of mercy towards player convenience. Every second of the game is an uphill battle against your health, hunger and stamina. They deplete at a rate much, much faster than the meters in most games.

One of the tagline from the game’s store page is “you cannot save everyone” which is true in more ways than just arbitrary A or B dialogue choices. As a doctor, Artermy holds life in his hands, but he’s no Dragonborn. Each of us is limited in our capabilities to affect the world, and the same rule applies to our beloved doctor. The choices presented in which life to save are based on your ability to manage your resources and your own well-being. As a moral choice, there is a real weight to be held and carried by the player, as who lives and dies are the culmination of your actions between the time you start the game and their death.

Kill me. Burn me. Unwrite me. Shield the weak. The feeble. The worthless. The thankless ones.

Death is an unpredictable master that holds its grips on all of us and its whims are unknown. In Pathologic, at the dusk of each day, death rolls its dice and randomly picks characters in the infected part of town. A healthy character will fall into the plague, while a sick one will die. You can increase their chance of survival by administering medicine to boost their immune system. The problem is, as savvy as the players can be in bartering, or scouring the steppe for herbs to make medicines, there simply aren’t enough medicines for everyone. Artemy also can get sick and die from contact with infected people or simply breathing the air in the infected districts.

In the Town there is a barter system where each item are assigned a subjective value. On top of simple monetary system, this barter system is the backbone of the game’s economy. For example, a safety pin is worthless for most people, but for children, who for some reason hoards needles, knives and sharp items, it is worth more and you can trade them for more valuable items. Navigating in the spiderweb of subjective values is the key to survive in this world. The game unashamedly asks you to be truly immersed in its world through unforgiving mechanics and choking, constantly depleting meters.

Many critics dismissed the game for the sole reason that the combat is “bad”. It is just as unvorgiving as any other aspect of the game. Haruspex is not a combatant at all. He’s a doctor. Combat in Pathologic is a conscious choice, most of the time the need arises from desperation instead of seeking thrills or the next shiny loot. Melee weapon’s swings are slow, and firearms are very rare, and ammo is a precious resource that shouldn't be wasted on mere trivialities. Of course, as a game, it’s not free of meta-exploitation and you can go against what this game wishes for you. You can exploit the AI in combat to basically mow down everyone like low budget Punisher and steals and sells organs for profit.

There is a valid view as a consumer product, that a game must be fun to play. In my opinion though, to grow as a medium, game developers can embrace this unpopular path. Pathologic is unapologetically cruel to both the player and denizens of its town in favor of truly giving players a taste of what despair is in a uniquely interactive way only a game can offer.

Bugs and Technical Issue
Specs: GTX 1080, Ryzen 3700x, 16 GB RAM, 1440: No major issues encountered. Game optimization leaves more to be desired. At ultra the game would run 40-50 FPS with some dips to the 30s, but lower some settings, especially the shadows. I can get easy 60 FPS with minimal visual quality reduction.

Story
I love how Pathologic plays with its meta storytelling. You, as the player, are directly addressed as an actor in a theatrical play. The theatrical aspects overflow through its dialogue and delivery. The Game started in-res-media on day 12, a reality where haruspex failed and the town burned to cinders. After setting the tone and expectations of what the game would be, Players are thrown into a backstage of a theater, greeted by the mysterious playwright Mark Immortell to play the role of Haruspex the doctor. As you enter the stage, Curtains rise and you are thrown into Haruspex’s point of view.

Haruspex is a medical student answering to his father’s call of some urgency. His father, also a local doctor and public figure in his hometown. As Haruspex arrived in the small town on the anonymous russian steppe, he learned his father had died, murdered. He embarks on a quest to find the truth of his father's death and his legacy: a premonition of a looming disaster that will soon ravage the town.

"The flock doesn't think, it just listens - and only to itself."

Pathologic 2 in its core is an exploration of human nature. Its multi-layered pretenses torn away by immediate threat to oneself, a man is reduced to a mere survival machine. It explores human ego pushed to the extreme through its various characters that inhabit the world. More importantly, it explores YOUR ego pushed to the extreme through its systems and gameplay. The whole symbolism of Pathologic is such a massive beast not unlike the now extinct aurochs that roamed the steppes of Russia where the game is set. To dissect such a beast is a long, arduous process, more of a collective effort (proven by multiple hours long youtube essays and articles about this game) but what delight it is to feast on the meat and blood this giant beast offers.

Graphics and Visual
Pathologic 2’s superb art is like Syberia and Silent Hill 2 had a child, and that child was tutored by Polish painter Zdzisław Beksiński. Each pixel paints a picture of this idyllic, distinctly eastern european town that hides more than it seems. The town is permanently covered by fog, not the one that obviously hides monsters beneath, but almost gentle even though you can’t help there is still something sinister hiding behind it. As the game progresses, the color palette becomes more hostile. The Plague leaves scars on the world. Buildings, once dwelling for families turning into cinders, coffins become essential neighborhood decor, all layered by increasingly suffocating fog that used to be somewhat gentle.
https://steamcommunity.com/sharedfiles/filedetails/?id=2235185085
https://steamcommunity.com/sharedfiles/filedetails/?id=2235184959

Audio and Sound
Voiceworks in russian and english are well done. The deliveries are appropriately exaggerated in lieu with its theatrical theme. The emotions and intent behind each spoken line are palpable and expressive. The town’s soundscape also enforces the tone of the game. It started with the murmur of a quiet little town that escalates into constant terrorized scream, crackling of fires and the haunting voice of the plague plucking lives itself.

Conclusion
Pathologic 2 might not be a game everyone enjoys. It demands more attention and tenacity than than other games, but in my opinion it is a game everyone should at least try. 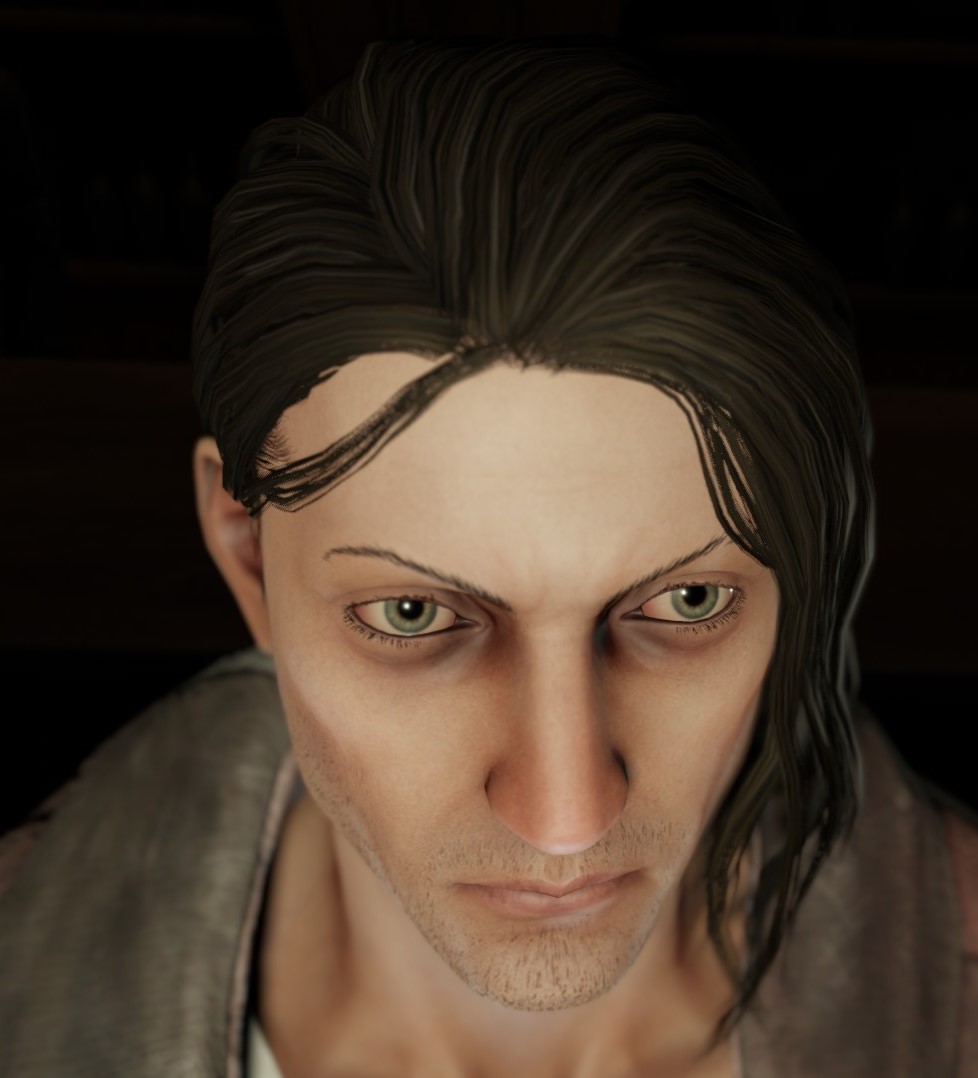 dontcallmetyoma
View screenshots
WHERE ARE MY TOOLKITS ???
So I originally did the distract storemans for the toolkit mission thing and got a toolkit in freckle boys loot by his feet - when i go to the factory tool kit is mia? I then decided to buy a toolkit from a clothes shop for like 1K and then same issue I got back to the factory and I've got no toolkit??? Anyone else know why / have a fix? legit just wanna make some organ juice or whatever this one is for smh MY head...
1 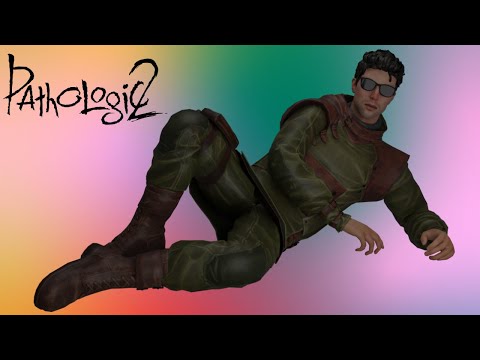 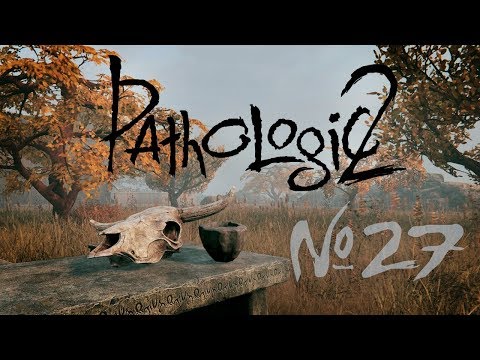 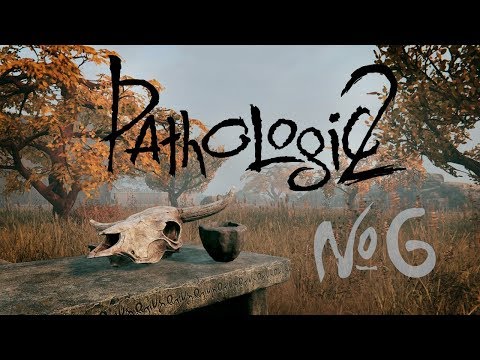 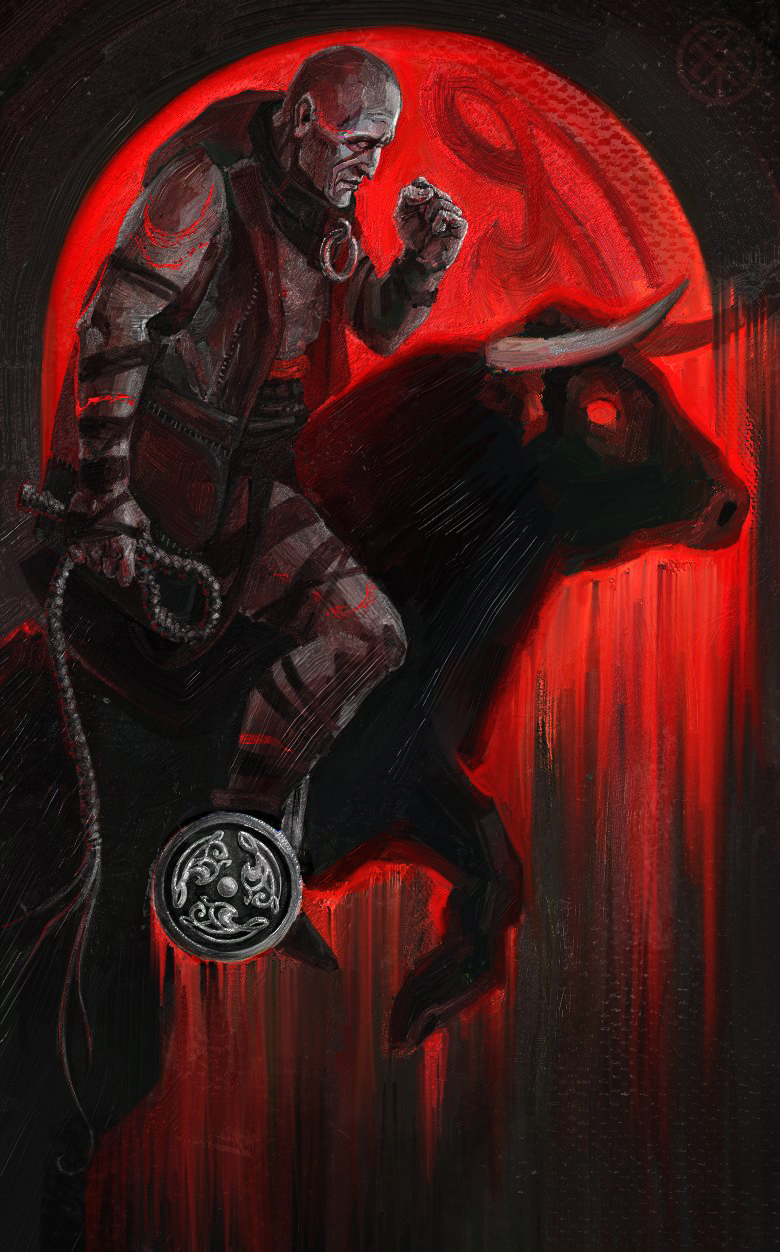 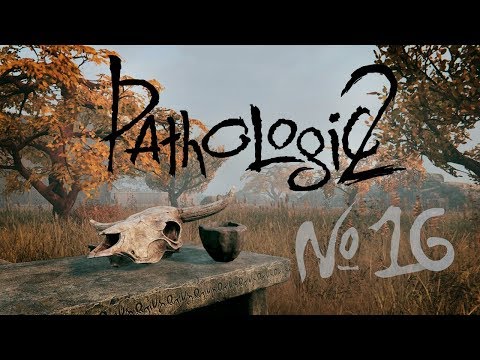 Recommended
27.1 hrs on record
It gives me awful anxiety but I cant stop trying to remove everyone's organs.

Recommended
9.4 hrs on record
One of the most unique gameplay experiences of my life. Nothing matches this in feelings of oppression, stress and anxiety at every step. I can't not recommend this. It's just a shame that it's an utter failure on a technical level. On my 1000+€ rig that is younger than this game, it runs unacceptably bad at every of the dozens of settings-combinations and resolutions I have tried. At not point did I get a stable 60fps. Always a stuttering mess. 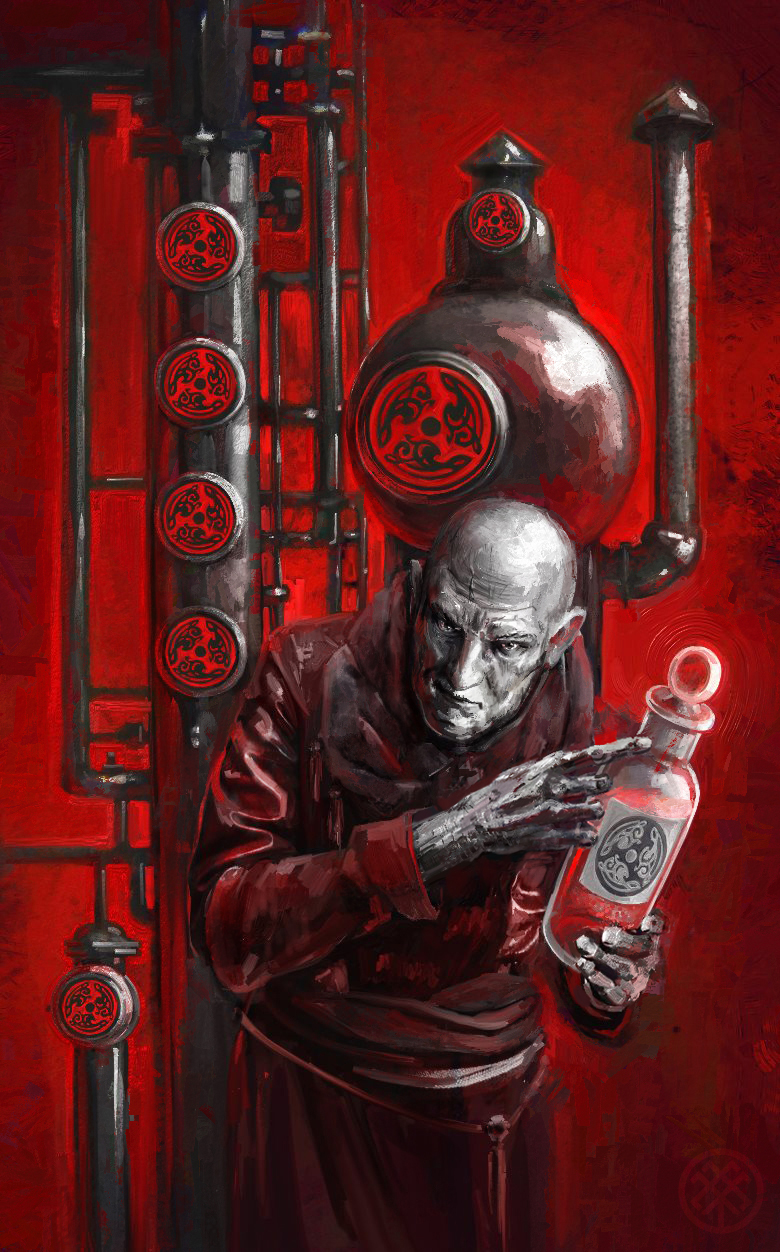 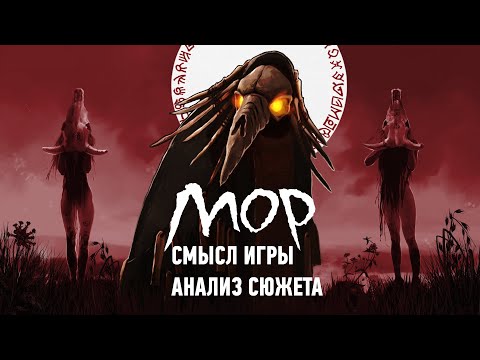 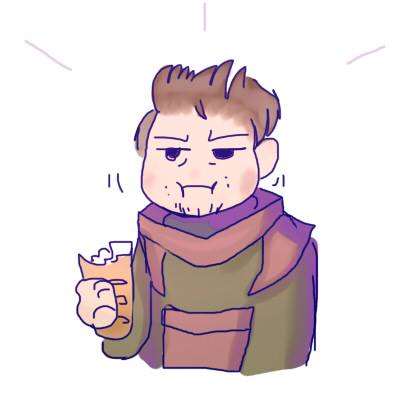 0
0
Enjoy ur bread Burakh, for now 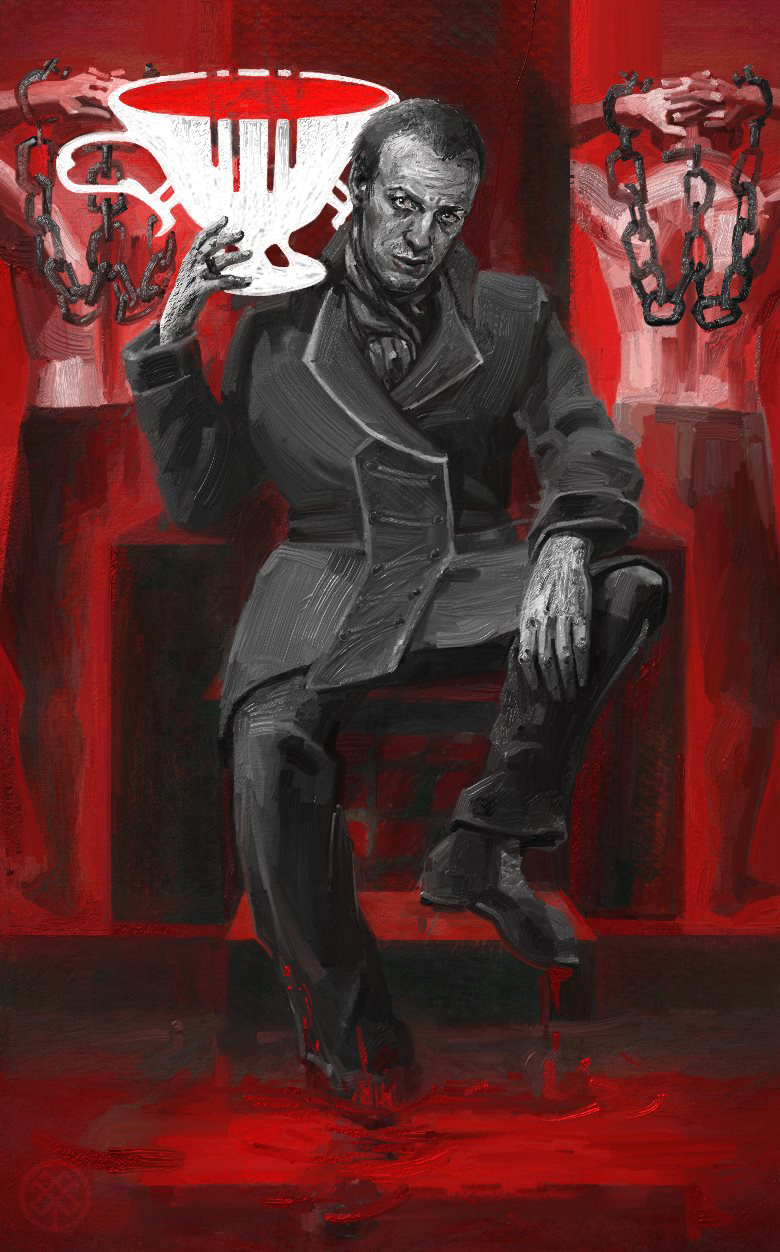 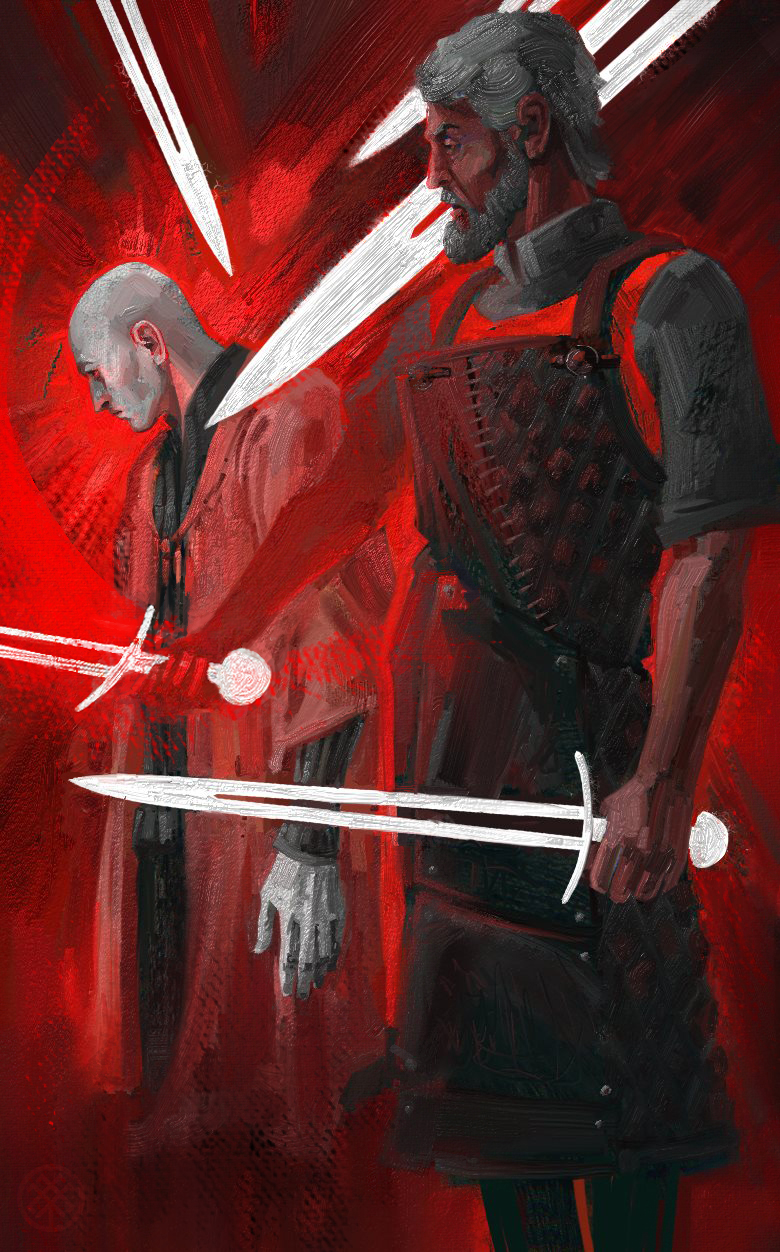 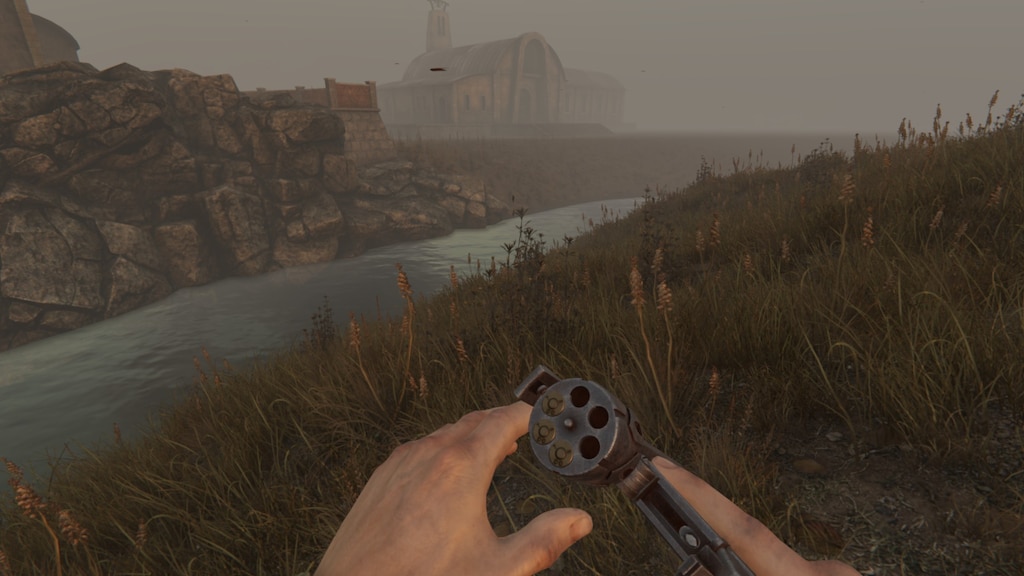 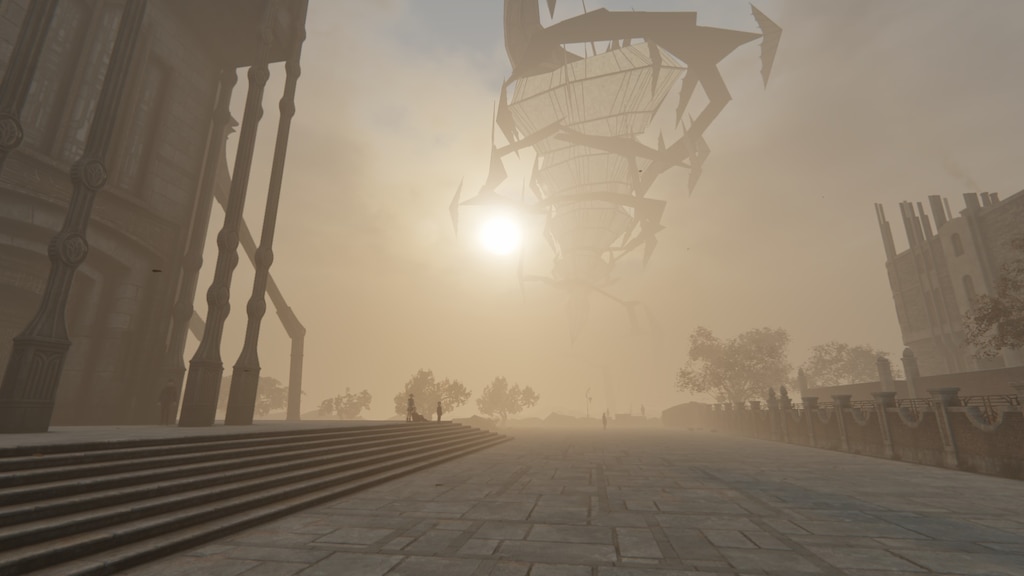 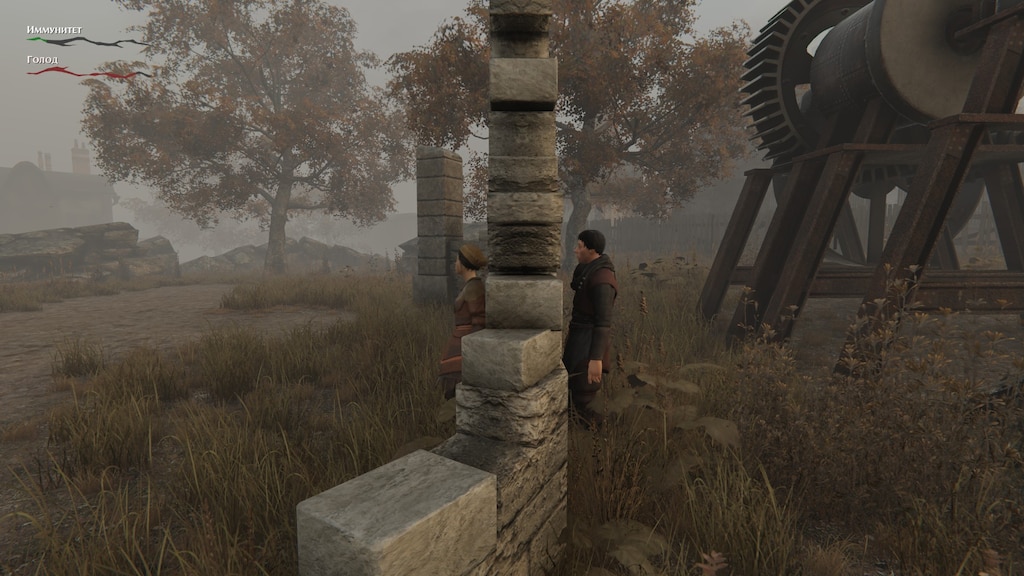 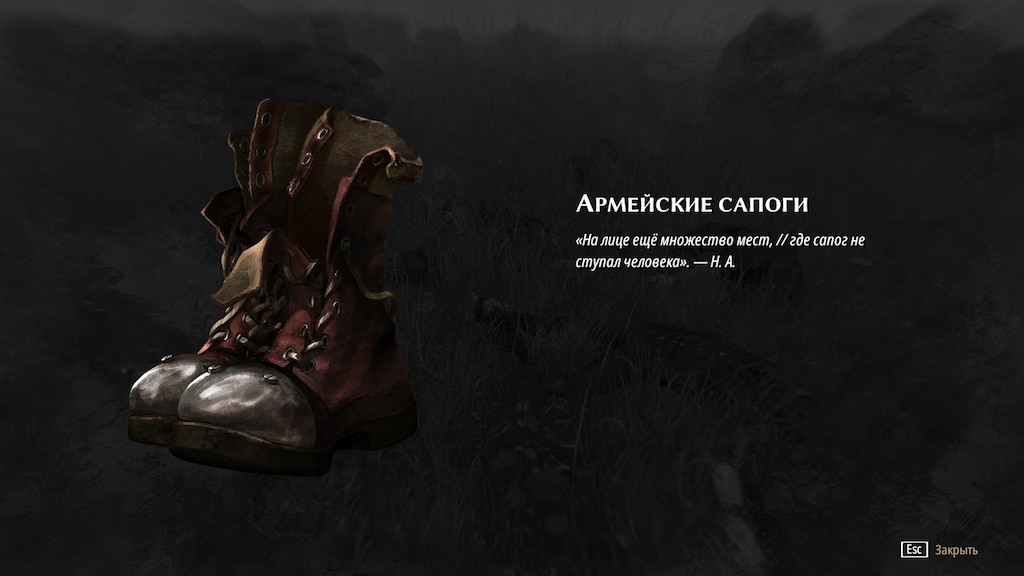 Ойнон
View all guides
Hello sorry I cant find any regarding can you store items in the fund temporarily.
As the title says Im full inventory and the closest storage I can use is the fund. Can I deposit items in it, I have searched in the internet and it seems no one has asked that question yet.
3