In Railway Empire, you will create an elaborate and wide-ranging rail network, purchase over 40 different trains modelled in extraordinary detail, and buy or build railway stations, maintenance buildings, factories and tourist attractions to keep your travel network ahead of the competition.
$49.99
Visit the Store Page
Most popular community and official content for the past week.  (?)
Around the world in 8 DLCs: Railway Empire - Complete Collection incoming
Jul 7

Publisher Kalypso Media and in-house developer Gaming Minds Studios have announced that Railway Empire - Complete Collection is set to release on 7th August 2020 on Windows PC and Linux, PlayStation®4 and Xbox One. A new trailer is available below.

While the original release of Railway Empire earned praise from critics and fans alike thanks to its compelling mix of trading, rail network management and corporate espionage, the developers at Gaming Minds Studios have made an exhaustive list of changes and improvements over the lifetime of the game. This has included radical re-workings of competitor AI, the addition of a gigantic complete North American map, almost 20 free updates, an all-new Challenge Mode, new buildings and countless other quality of life improvements and bug fixes. Combined with all of the DLC expansions and all the new locations, engines and scenarios that they bring, this definitive edition of the game is a true class leader.

About Railway Empire - Complete Collection
It’s the Industrial Revolution, and the steam locomotive revolution is conquering the continents of the known world, with these great “Iron Horses” kick-starting a fierce race for supremacy on rails. Railway Empire - Complete Collection contains the original game plus all 8 DLCs: Mexico, The Great Lakes, Crossing the Andes, Great Britain & Ireland, France, Germany, Northern Europe, and Down Under.

Railway Empire
128
22
Russia?
The absence of Russia is quite an elephant in the room for me. I think it would make a great campaign with the traditional Russian challenge of harsh weather + massive distances, it can have a campaign revolving the construction of the famous Trans-Siberian railway...
3

Darkstar
2 hours ago
General Discussions
Trains can´t pass at signals
I just realized that some of my trains aren´t able to pass at a signal at some trainstations, even if the way is free. The trains aren´t just waiting for a free way, because their speed is shown beetwen 0 and 6 mph. If I delete the signal, the trains start immidiat to drive forward, but at the next trainstation there is the same problem...
8

Basic Game Mechanics and Undocumented Features
There is a lot going on in Railway Empire, but many features and game elements are not obvious to a new player. This guide is an attempt to lay out the basics of game mechanics as they are in the game.
155 ratings

Complete Guide to Railway Empire
This guide is intended to give a full walkthrough of the objective basis of the game and give a breakdown of basic game mechanics. The game's tutorial doesn't quite explain a lot of things that will make this game 100% easier for those that haven't spent ...
101 ratings 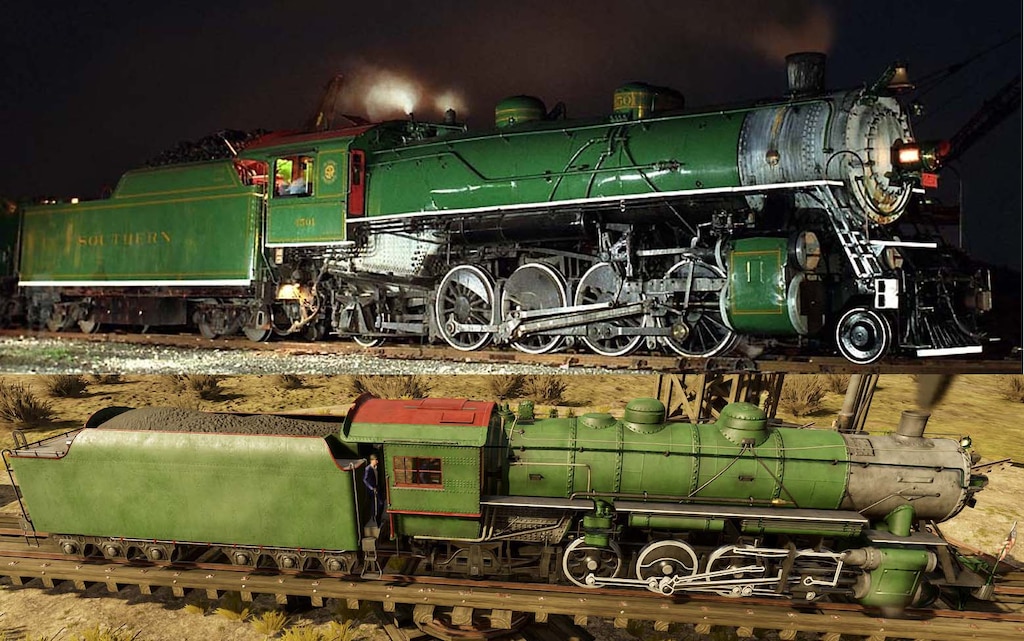 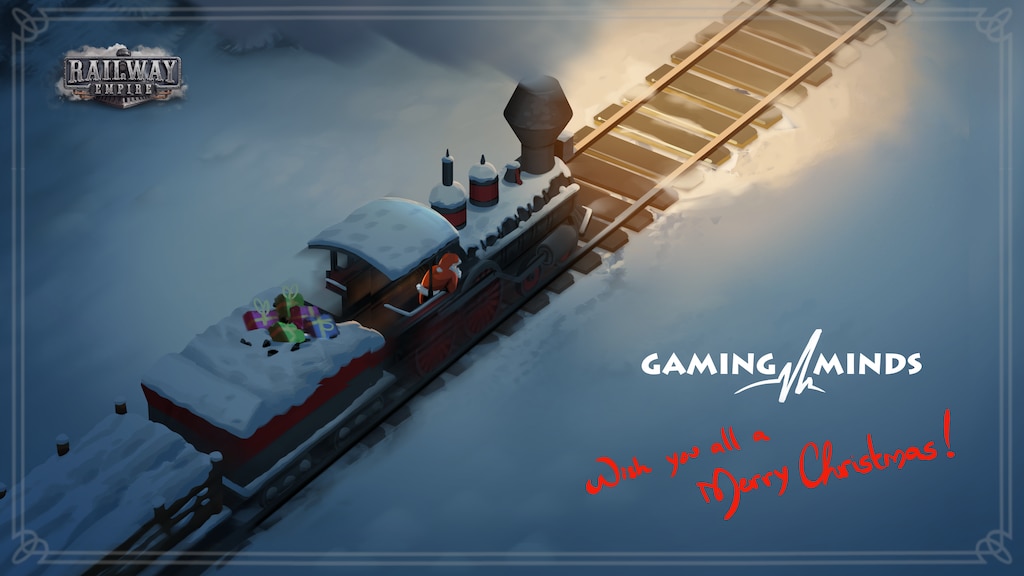 kayGM
View artwork
Railway Empire: Another Update for v.1.13 has been released!
Jun 24

Today sees the release of another new update for version 1.13 on all platforms.

In this update, we’ve taken the community’s vital feedback to help tackle the below points, putting particular focus on stamping out those frequently reported crashes. 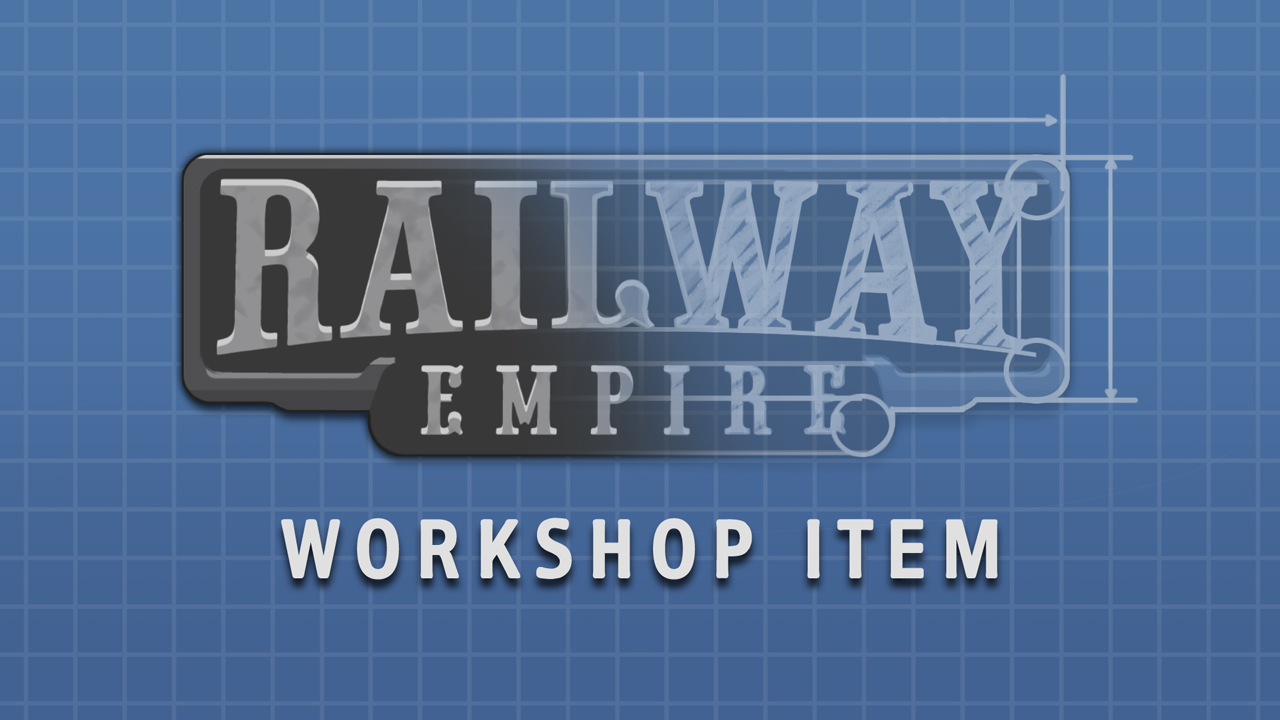 Gizmo
View Steam Workshop items
Enjoyable mid and late game?
I really want to like this game. But I'm not managing due to what appear to be pretty big flaws. The core gameplay loop just does not work for try hard players that want a real challenge. Assuming you make use of the resources available to you, your income grows exponentially. It quickly becomes impossible to spend everything. Sure, there are some more expensive trains and other things you can build/buy, but this does not offset the exponential growth. You'd think you could just pause the game and reach...
10

Train Crew Relationship Table
The purpose of this guide is to capture the train crew relationships that provide bonuses or penalties in the game. The initial table was posted in the steam forum by @Gardlt and is reproduced here to make it easier to find and access when playing the gam...
56 ratings 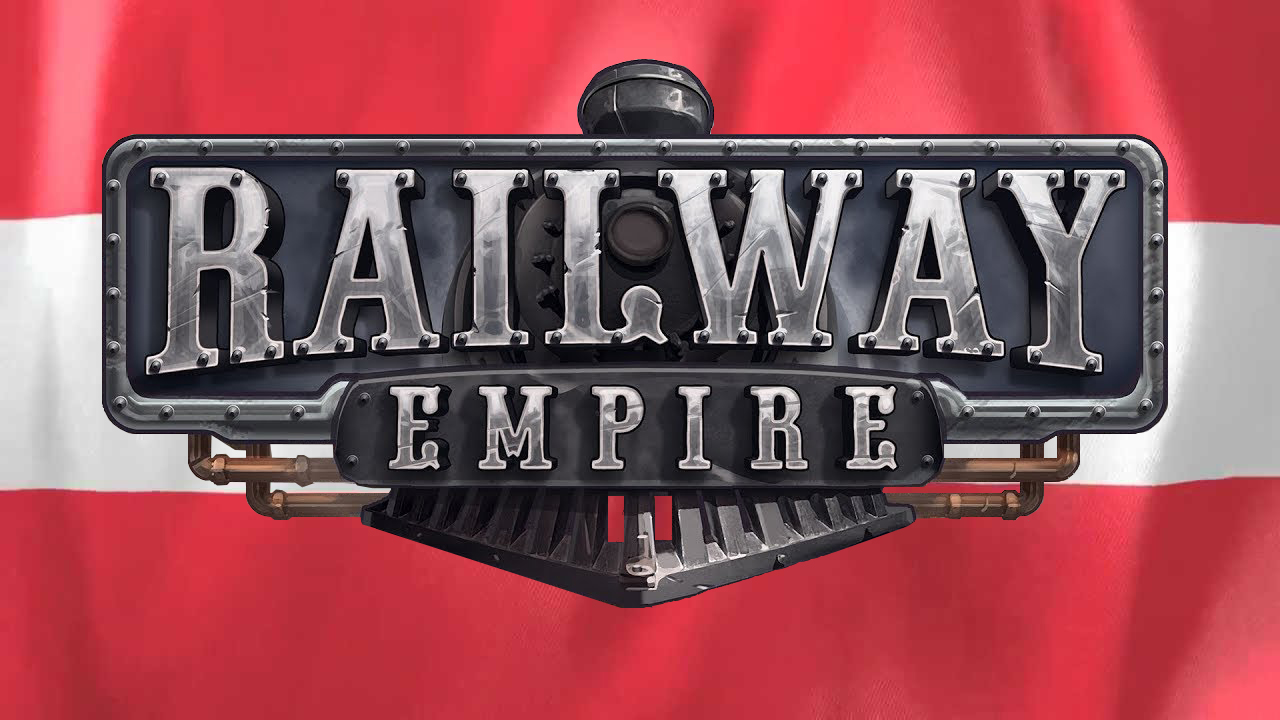 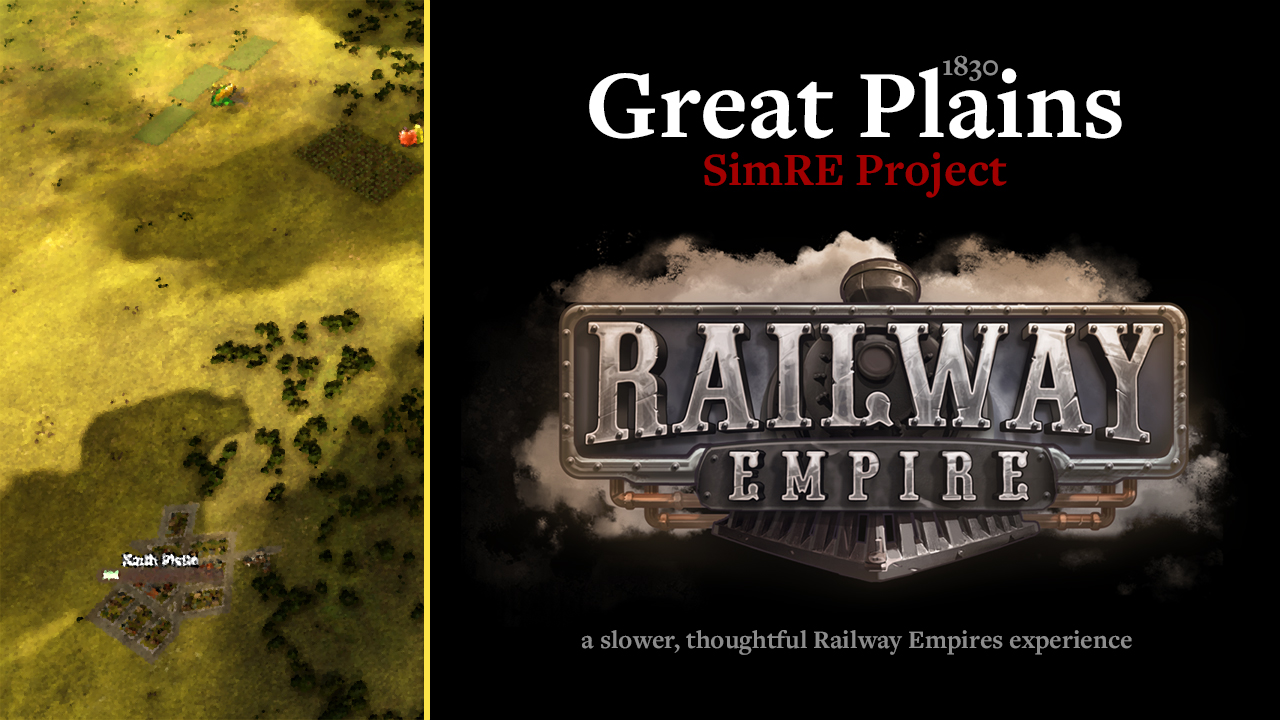 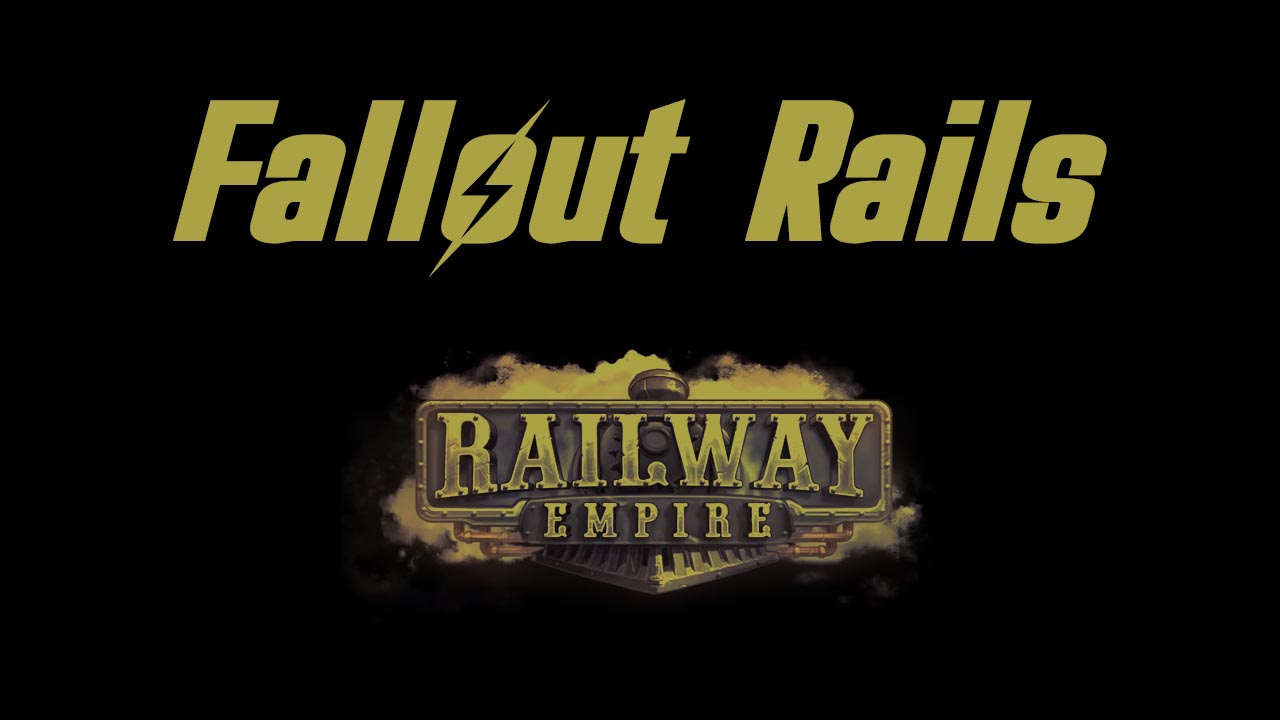 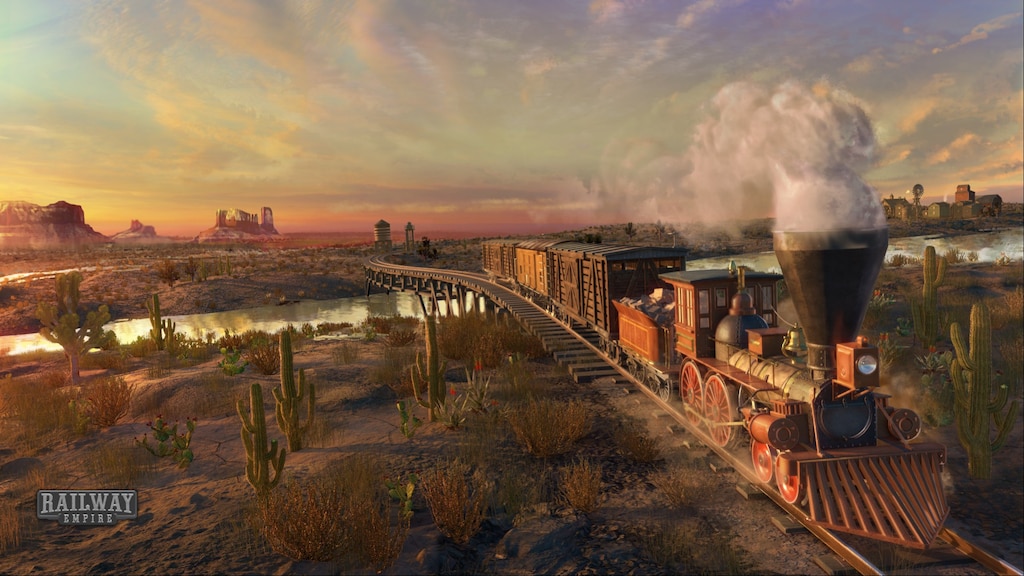 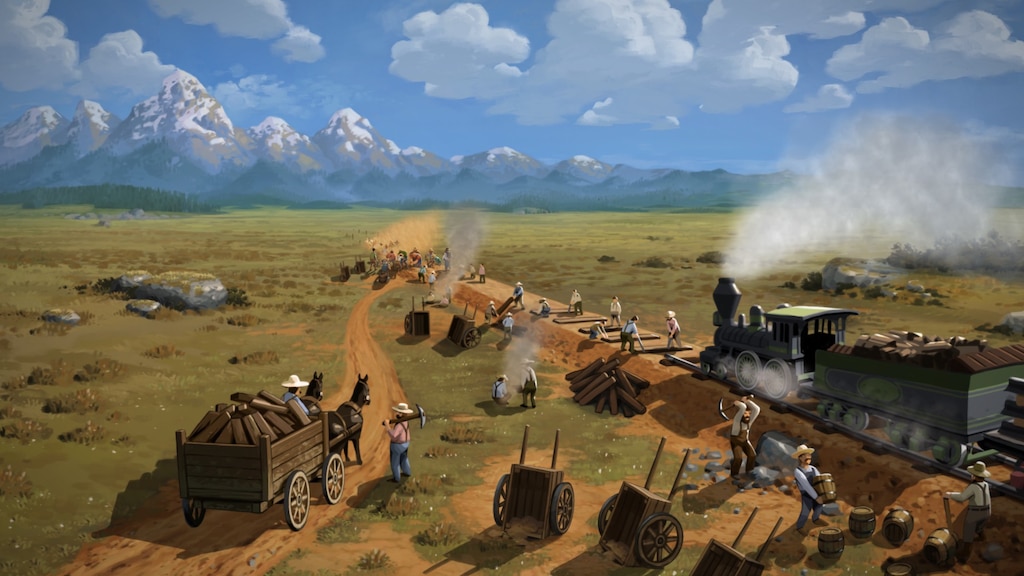 Available in a physical retail edition and as a digital purchase via the Nintendo eShop, Railway Empire - Nintendo Switch™ Edition includes the main game (with all added content and improvements since its initial launch), alongside the Mexico DLC, Crossing the Andes DLC, and The Great Lakes DLC. Additional purchases such as the Germany DLC, France DLC, and Great Britain & Ireland DLC will be available later via the Nintendo eShop.

Railway Empire is available now on Nintendo Switch™, PC, Xbox One and PS4.

Information:
In Railway Empire – Nintendo Switch™ Edition, extend and manage your rail network on the go! Explore the Mexico, The Great Lakes and Crossing the Andes DLCs, unlocking new scenarios on regional maps, additional soundtracks, locomotives as well as the new Night and Snow mode.

Create an elaborate and wide-ranging rail network, purchase over 40 different trains modelled in extraordinary detail, and buy or build railway stations, maintenance buildings, factories and tourist attractions to keep your travel network ahead of the competition. You’ll also need to hire and manage your workforce if you want to ensure an efficient train service, whilst also developing over 300 technologies ranging from mechanical improvements to the trains themselves to workplace infrastructures and advanced amenities, as you progress through five eras of technological innovation.

However, you can’t just build and research your way to the top – the competition never sleeps! To keep your business on track, you’ll have to survive against up to three rival tycoons. To move up the ladder, you may have to resort to more cutthroat tactics as you attack and sabotage your opponents through raids and industrial espionage.

Unerde
View artwork
Can I make a train go on a certain track?
Hi, I'm on Chapter 2 where I'm trying to set up a train of milk to Washington while going through the station in Baltimore. While also having a train run vegetables to Baltimore on another track, so my issue here is that I also want a passenger/mail train going between the 2 cities the passenger train ALWAYS selects the track that my train with the milk is using making it so that the milk can't get delivered. I've tried connecting the two tracks so the passenger train will switch tracks which it refuses t...
10 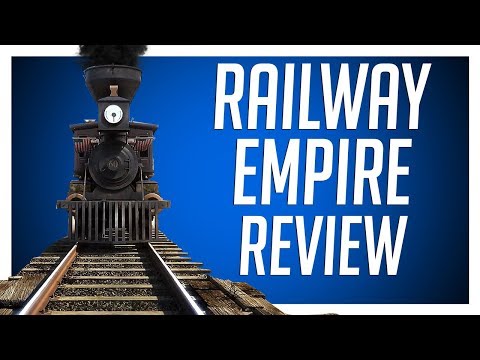 Darren
View videos
Blackmail after all major competitors have been merged
Unless this is an intended feature simulating invisible minor competitors, who is blackmailing my company?
4 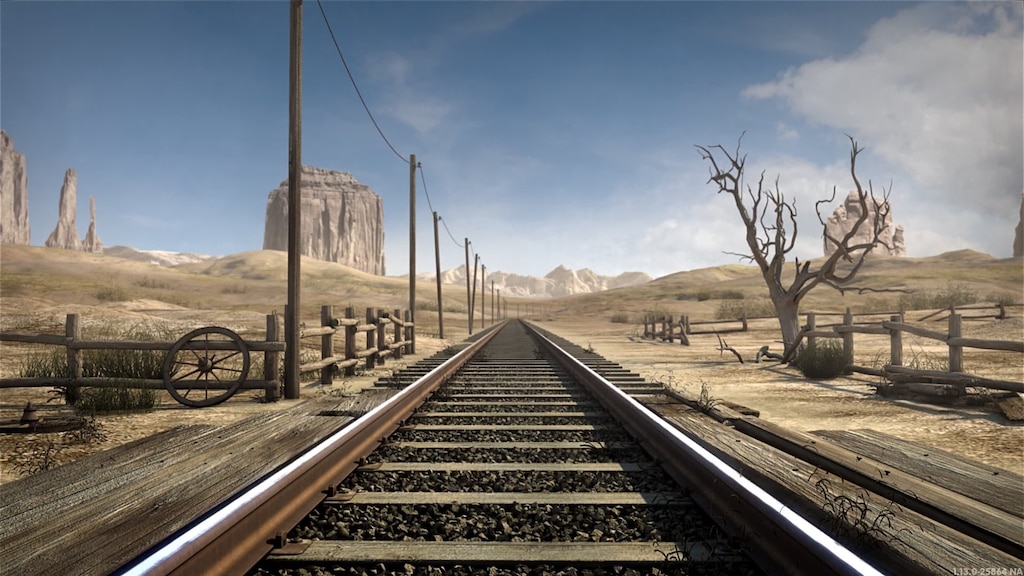 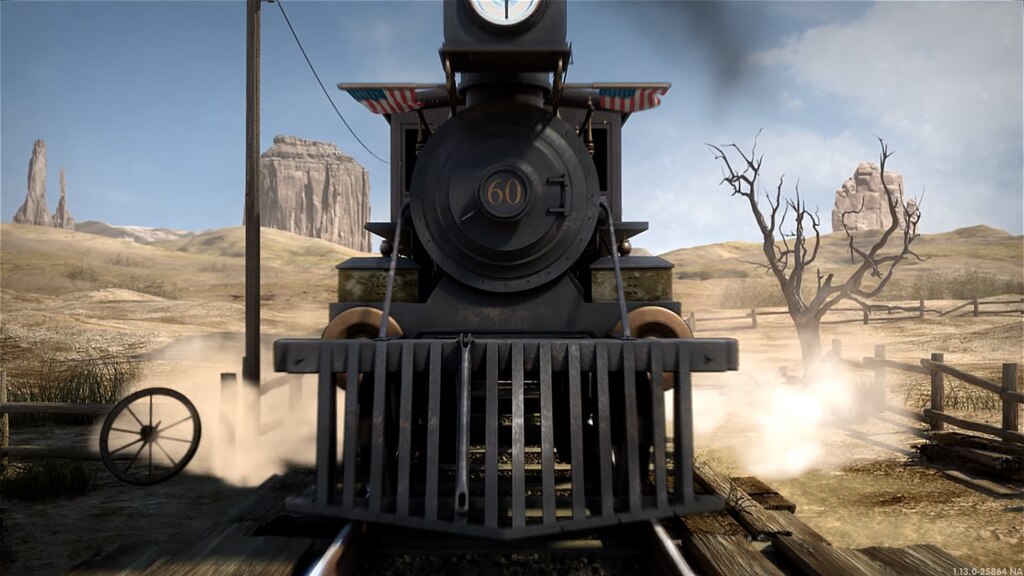 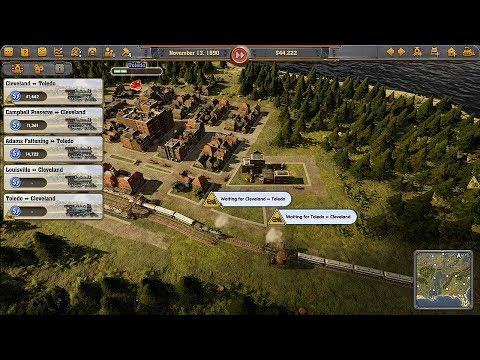 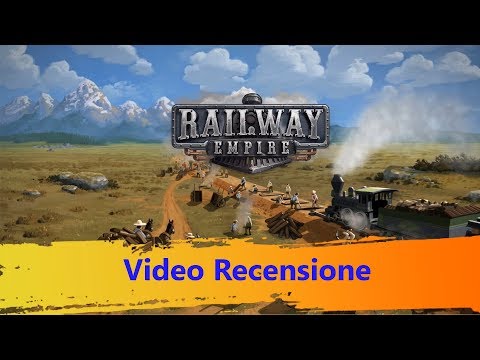 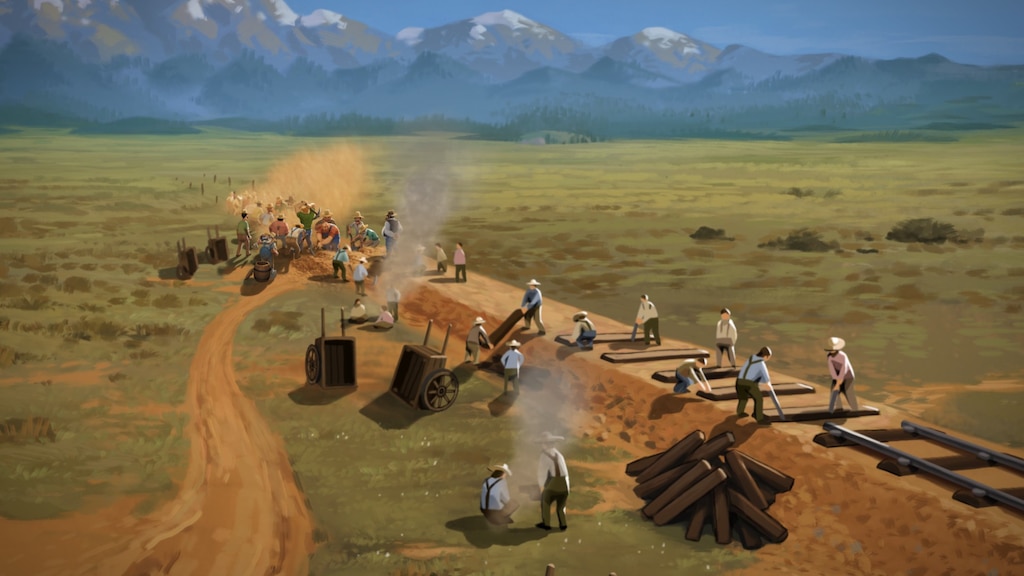 Not Recommended
8.9 hrs on record
This game is weird.
Large parts of it are well made and interesting. Certainly enough to get a management nerd like me interested.

And then there are bits that are seemingly just thrown to the wayside with little thought. Which severely detracts from the rest of the stuff the game does well.

The interface is some weird mix of good and atrocious. Basic functionality is missing from a lot of stuff. Some examples:

Every now and then a struggling business will ask you if you want to buy it(like a lumber mill) You now have three options. Zoom to see where it is, and accept and decline. You can't move around and check if anything near where it is needs what it produces. So you just have to commit to something that requires you to check things elsewhere. Without being able to do that first.

A rival informs you that they poached one of your workers over to work for them instead. The game does not tell you who. And you may have to look through all your train lines and hope you're able to spot where someone went missing.

The management aspects are also pretty dire. Some of the systems are advanced and well made, like laying tracks and planning rail lines, the tools are generally good and work well.

But then there are sudden large holes in them you'll be scratching your head wondering if you've missed something somewhere since you can't seem to find a basic feature.

A few examples:
Note: All trains are limited to 8 cars that will spawn in as needed.
You can't tell a train to pick up a certain amount of a certain resource to bring if there's more than one resource offered by the station. So if a city offers passengers and meat, and you want an even split of both loaded, you can't do that.

You also can't tell a train to NOT unload something or only unload certain amounts of it if it stops in a station that needs said resource. So if you're transporting goods city needs to grow and have multiple cities on your line and would like to give each a little of said resource, you're out of luck. It'll all be dumped in the first one. So you're forced to send multiple trains in, each going to one station.

It's such a shame and really odd that a game with such technical skill and general polish just seems to lack basic stuff like this.

Not Recommended
78.9 hrs on record
At it's core, this is a fun game. However, there were just too many bad design decisions for me to recommend it. Two that stand out are:

1. Score penalty if you choose to play with manual pause. That's right, if you want to pause the game so you can look over the map to plan your strategy, your score will be negatively impacted.

2. Trains always take the shortest route between two stations. What this means is, if you have two stations with two tracks each and you connect them to each other, and then set up two trains to run between the stations, they will both try to use the same track instead of each taking a separate one. So, unless you jump through some hoops using switches and side tracks, your trains won't move... completely inane. 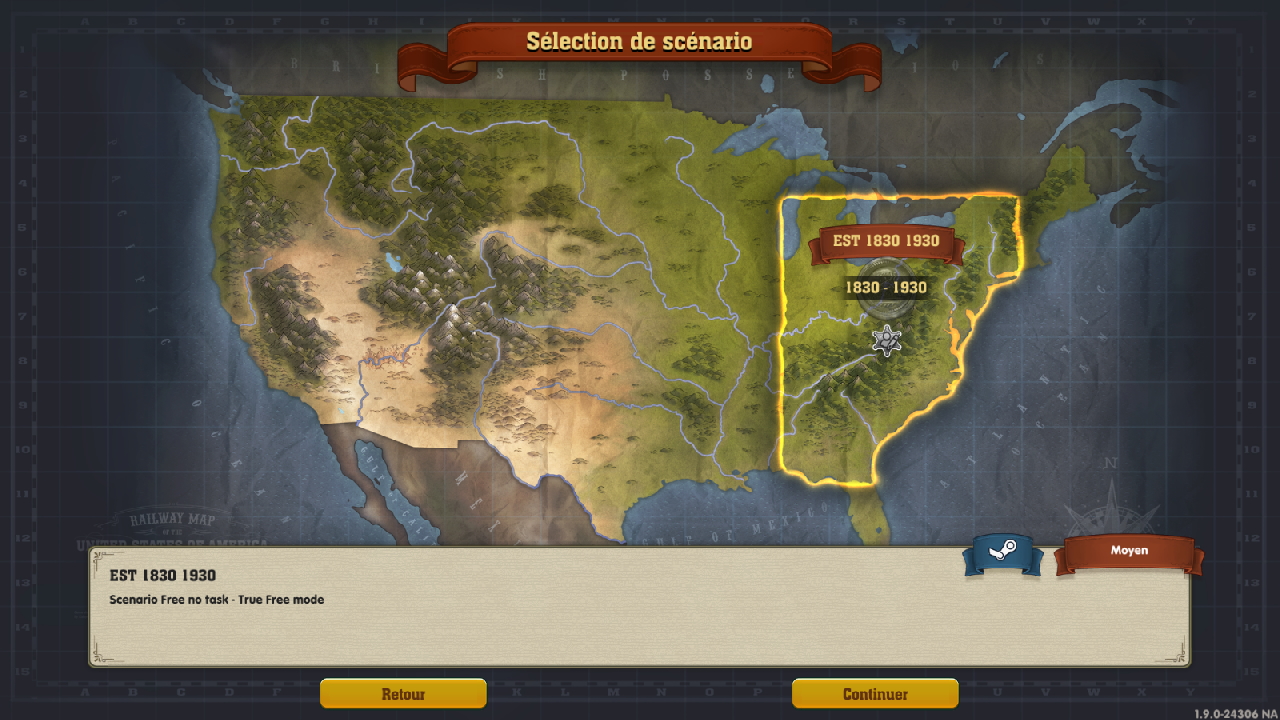 Not Recommended
6.5 hrs on record
Tried and tried again, couldn't even get past the tutorial. My trains would constantly just stop going where I told them to. Either it was bugged, or there is a fundamental part of the game I misunderstood. Probably the second thing, but if something so small being misinterpreted managed to ruined my entire game then i'm not the one at fault am I? Tried everything from micromanaging every mile of rail, to letting it do it's own thing, and the trains would still never get where I wanted them to. Wish I had returned it. Who fails a tutorial? I didn't know that was possible. 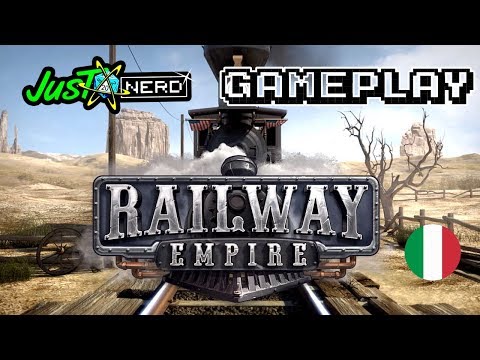