A Third-Person modern military Shooter designed to challenge players' morality by putting them in the middle of unspeakable situations.
$29.99
Visit the Store Page
Most popular community and official content for the past week.  (?)
Plot question - Spoilers
I get that ppl say he’s dead throughout the game and is descending into hell or reliving the same experience over and over. But in the game, the 33rd really did fire on me first. What actually happened the first time? How do we account for Americans fir...
1 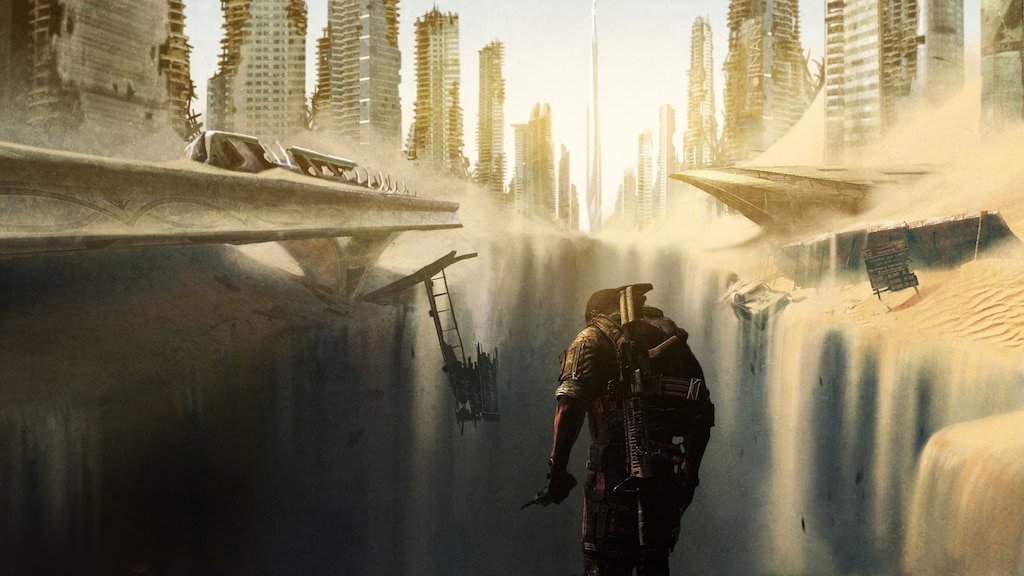 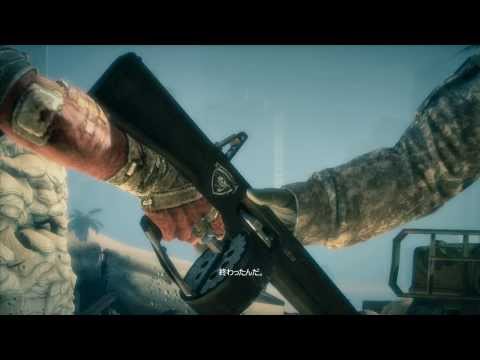 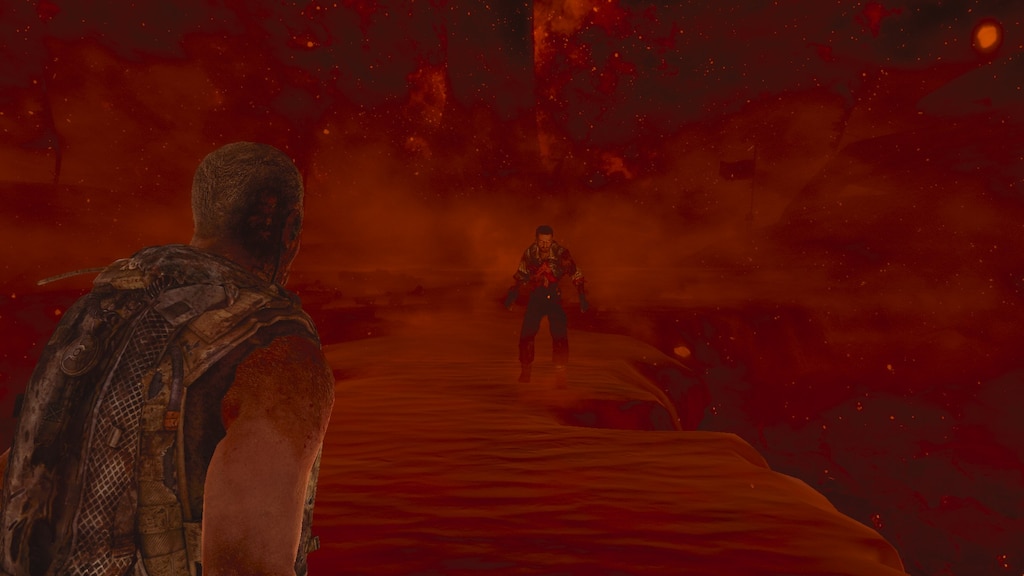 JoyFul♉
View screenshots
Is it worth it?
So I played to the time they first encounter that camp underneath the Hotel and start shooting US-soldiers. Does the game change afterwards, or does it stay like that. (Till now I percieve it as an unintuitive, uncreative shooter like so many others)
4 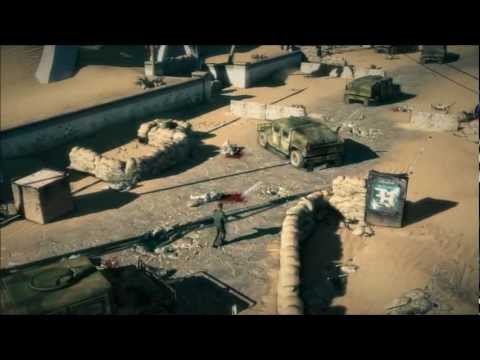 Spec Ops: The Line - Walkthrough + Intel Locations Guide
A comprehensive guide on how to get through the game get all of the intel. All credit goes to: Alek Kettenburg
4
91 ratings 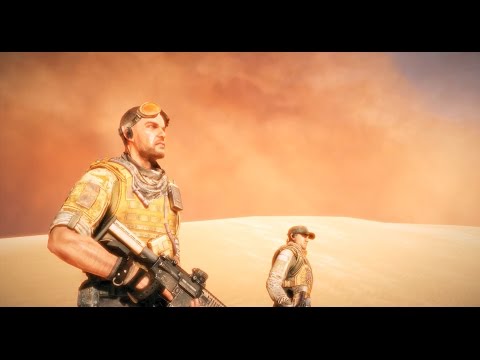 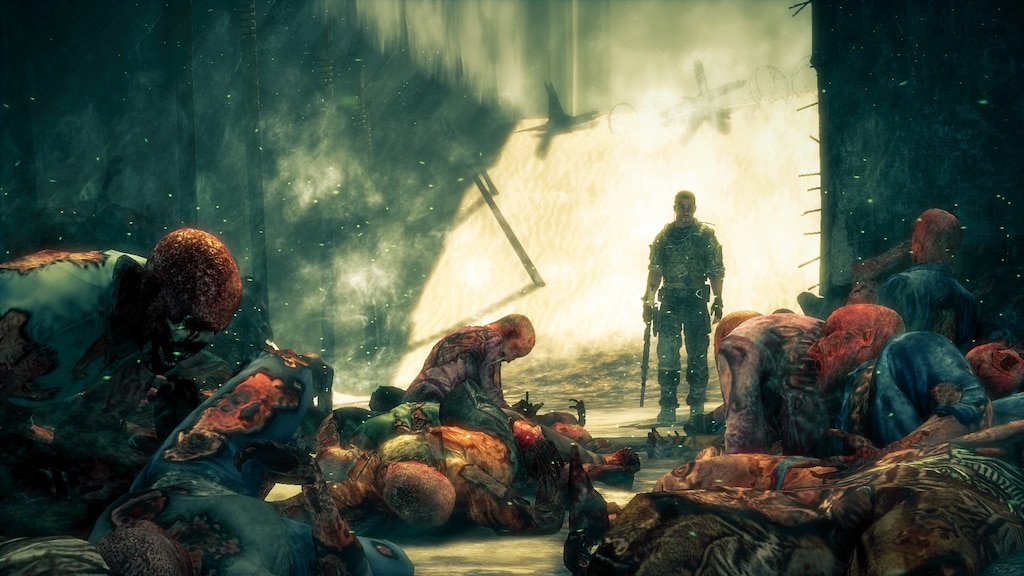 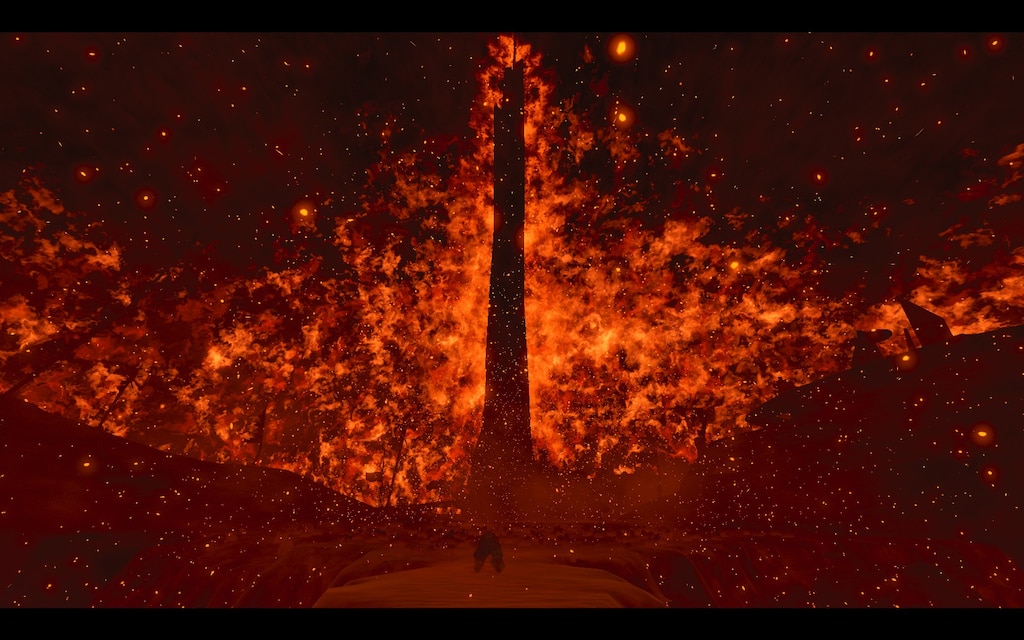 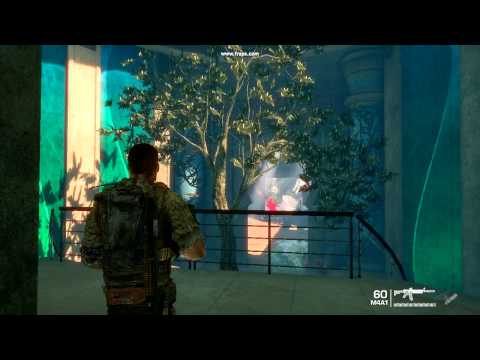 Recommended
17.5 hrs on record
I found this game in a model pack for Garry's Mod, I looked into it and found it on the Steam Store, I bought the game and now I'm writing a review.

The game takes place in Dubai after a violent sandstorm partially buried the city and it's inhabitants. You are playing as Captain Martin Walker, leading a three man team into the wreck in search for survivors, however advancing deeper into the game things really begin to change. The Damned 33rd is rogue and killing civilians, refugees, the C.I.A. and you, whilst the C.I.A. are rounding up refugees after the storm.

Some Features of the Game:

Limb Dismemberment was added to the game, when shooting down enemies, they will lose their arms, legs, and head, depending on the firearm, the function is mainly seen when using a shotgun. However it is also used for some gruesome executions that I will explain next.

Graphic Executions are also present in the game, when melee attacking an enemy (or alternatively, shoot their leg) they will fall, they will either die overtime or get up, now you have the option to end them in a gruesome way.It all depends on the weapon though, when using an assault rifle, you bend down and shoot their face, or you whack them with your weapon stock, with a shotgun, you knock them to the ground and snap their neck, or you use your current shotgun and place it on the neck, then violently snap it, or, you will put your shotgun in their mouth, and blow their head off. Blood particles will appear on your view.

Spec-Ops: The Line hasn't got a unique health system, however it is easier to die close to the end, when you're getting shot, you will have blood appear on your screen, when shot to the limit, your view will go grey, but it's health system is like Call of Duty's one, you hide and wait for your health to recover.

Being creative, the developers added 'White Phosphorous' Now some of you may think "What is that?" Well, White Phosphorous is a chemical weapon used by the U.S. Military, It explodes on contact with oxygen and burns everything it comes in contact with, If a human is exposed, it causes severe burns or immediate death.

If you're a parent reading this review, I don't recommend your child playing, it is full of coarse language and excessive gore.

Recommended
4.8 hrs on record
Pros:
1. Incredible plot and storytelling.
The game forces you to face the horrors of war, pushing you as a Delta Force leader to make grisly choices that are understandably sugarcoated over by most games. While the game's starting sections may make it feel like a typical military/special forces shooter, the story steadily grows darker, introducing controversial moments where you have to make difficult choices on the spot. The more you progress through the game, the more you wonder if you are doing the right thing. "No Russian" in CoDMW2 is nothing compared to this.

2. Fantastic character development
Character development is also arguably one of the best selling points of the game, where you get to see the distinct personalities and attitudes of the 3 protagonists slowly brought out by the game's events. Player models will slowly deteriorate with damage throughout the campaign, showing the toll all the combat is taking on the Delta Operators. These changes also extend to character voicelines and animations, going from calm and professional to violent, emotional and exhausted. Interactions between characters will also change as tensions rise as a result of the above-mentioned controversial choices. These changes really illustrate the physical and mental stress that the characters are suffering. In line with the game's dark themes, you may end up questioning even yourself.

3. Gorgeous presentation.
*Do take note that the game was released in 2012, and so the graphics obviously cannot match up to modern day AAA titles*. The game takes place in the arid wastes of a destroyed Dubai, and it certainly makes you feel like it. The environment and lighting create a perfect atmosphere to represent a war-torn, sand-buried city in the middle of the desert. The animations are very smooth with a few excusable oversights. Sounds are also good, nailing the warzone feeling. The world detailing is also very intricate, with plenty of foreshadowing and hints at the plot and the conclusion.

4. Decent gameplay
The gameplay is decent, but not exactly excellent. Combat itself is rather one-dimensional with a few exceptions, such as shooting out glass to drop sand onto your enemies or sudden sandstorms changing environmental conditions. The game also makes stringent use of a cover system that must be followed or you will be cut down quickly. Take cover, wait for opportunities to peek out and shoot, regenerate any damage taken and repeat until all the waves of enemies stop coming. It's simple, repetitive and doesn't change much throughout the game and might even be called boring if the weapons didn't feel so good to use. You can also order your two NPC teammates to take out targets, throw flashbangs or heal each other, and they are noticeably better teammates than in other games like CoD. Stealth is offered in very small portions of the game, and I don't know if it was me screwing up, but I could never get it to work properly. To add to the difficulty, ammo can be hard to come by, forcing you to conserve your shots and repeatedly scavenge weapons from enemies. For example, the M4A1 only has a maximum of 5 magazines, and an overwhelming majority of enemies in the first few levels use Uzis, shotguns or Ak47s, forcing you to ditch it quickly.

Cons:
1. Janky movement and cover system
Movement in this game makes it feel like a console port (granted it's also on console). Character movement isn't very precise, sometimes taking cover doesn't do anything even though you're right in front of the sandbags, sometimes you can't shoot out from behind your cover for some reason, sometimes you stand up and shoot over the sandbags you were meant to be peeking out from the side of and get killed as a result. Some controls are also unnecessarily mashed together, such as vaulting and melee attack. It was slightly frustrating at times, but it shouldn't diminish the gameplay too much.

2. Not too much content
I finished the campaign on Normal in about 4 hours, the remaining 0.8 hours was spent going back once to see an alternate ending and reading the collectibles that I had found, so the game can be easily finished within a day, whether that's worth full price is up to you. The campaign offers no real replayability apart from seeing what would happen had you chosen a different option (which can be easily found on YouTube anyway) or wanting to challenge yourself on higher difficulties. However, do note that the events of the first playthrough and plot points might be disturbing enough to discourage you from replaying the game. I never tried the multiplayer, so I can't speak for that.

3. Slight bugs
Although the game is overall well-polished, there were still a few bugs here and there. Sometimes you could headshot an enemy, blood splatter and all, but they took seemingly no damage. I also encountered one where enemy spawns were somehow messed up, forcing me to restart from the last checkpoint.

Tldr:
Overall fantastic game with its thematically dark and controversial story as its overwhelming selling point, supported by acceptably entertaining gameplay. The engaging narrative is something rarely seen in shooters these days and really makes you think. I would personally recommend waiting for a sale as I don't feel it's worth full price. 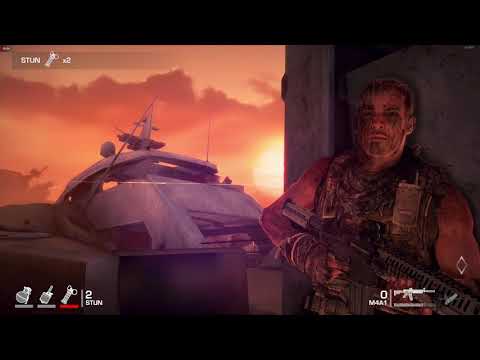 orbitalshocktrooper
May 24 @ 3:29pm
General Discussions
Ending Spoilers - Your team mates ...
So part of the glorious reveal includes Walker's mental breakdown where he is talking to 'Konrad' through his broken radio. Adams and Lugo look at each other in confusion - presumably they know he is delusional. Same when they were on the highway and Walk...
10

Magic
May 26 @ 1:27pm
General Discussions
why so loved?
bought this game because it was praised as such a classic and a good story (yes i am aware of the ending) but seriously i quit after like 5 minutes because the combat (you know the actual gameplay of the game) sucks HARD. its not that its a cover shooter ...
13