Become an ace pilot and soar through photorealistic skies with full 360 degree movement; down enemy aircraft and experience the thrill of engaging in realistic sorties! Aerial combat has never looked or felt better!
$59.99
Visit the Store Page
Most popular community and official content for the past week.  (?)
More than 4 million units sold, thank you!🛫
Nov 17
Thanks to you, pilots, ACE COMBAT 7: SKIES UNKNOWN has reached more than 4 million units sold - which is the highest record in the series' history!

To celebrate these sky-high milestones, use the following link to download an exclusive wallpaper[bnent.eu]! 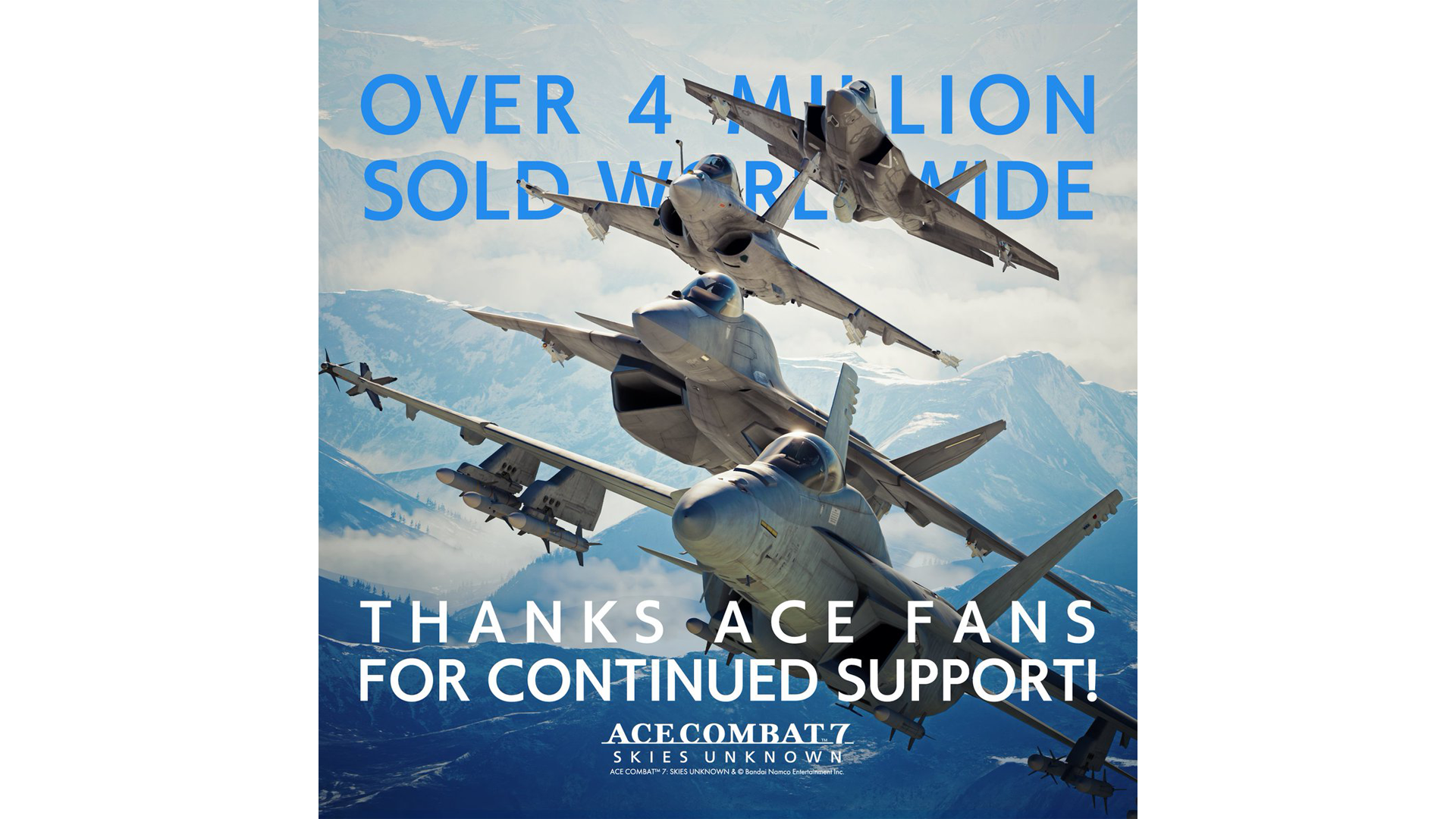 ACE COMBAT™ 7: SKIES UNKNOWN
1,577
178
trying to change the controls on this game
I was thrust and rudder to be on the left stick and roll and pitch to be on the right stick. help?
6 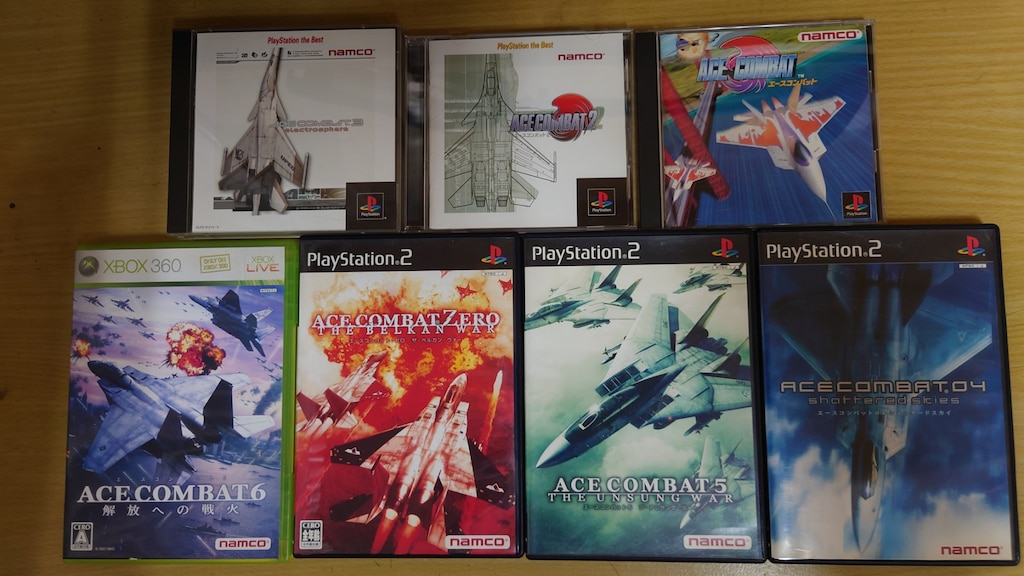 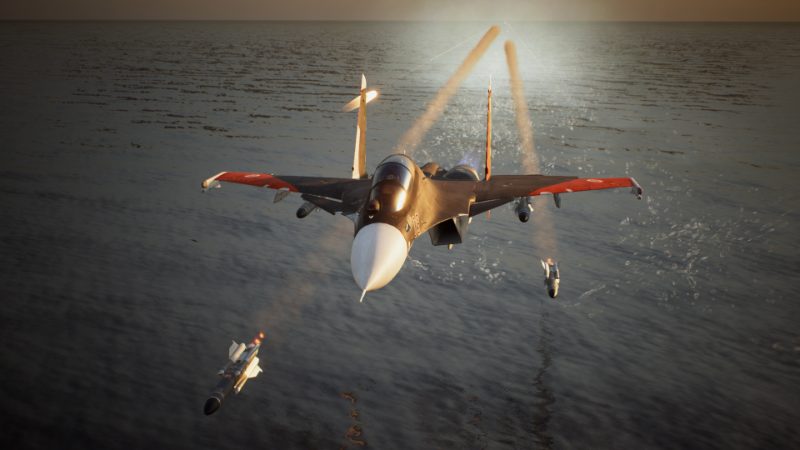 Upon further investigation, we have newly confirmed players who used cheats or performed other malicious activities and have prohibited their Steam accounts from accessing multiplayer.

Recommended
1,002.5 hrs on record
First of all, what's the game like?
Well, this is a great option for you maverick wannabes air combat lovers who want to have a good time other than war thunder and dcs. Mechanics are simple to understand and the overall sceneries in the game are just splendid. And particularly the soundtracks ingame hail to Kobayashi-san are incredibly phenomenal, which every game throughout the entire franchise possesses, they will not let you down.

About the Singleplayer...
The base game
The lore is okay-ish, storytelling is fine hey at least you got a pretty nice looking waifu and it's not very hard to figure out the whole background and it's totally not a problem if you haven't played any of the previous games. The missions are time limited and can be a challenge if you are new to the game, with more practice you won't have any difficulties dealing with them yes you can speedrun the whole game . Almost every different weapon in the game offers a unique playstyle, you can focus heavy strike on a single target with highly maneuverable QAAMs, or getting rid of a large enemy group with 4/6/8AAMs. The game almost offers a varieties of futuristic weapons like the Tactical Laser System an onboard laserpointer , the EML basically a railgun , MPBMs multipurpose tactical nukes ;) and so on. Some of the missions provides special mechanics contains but not limited to: low altitude breakthrough/valley runs/gigantic super weapons/tUnNels which add more fun to the campaign.
The DLC missions
Definitely worth the price, has another huge air to air only combat apart from the base campaign, more mechanics and adds a fantastic and attractive villain, play it yourself for the best experience.
The mods
Yes this game supports modding and oh boy, the communities are just went all out. You can have completely new aircrafts with new weapons from iconic aircrafts in previous titles or aircrafts in real life, new hud, new effects, new skins for aircrafts and even maps with a completely different setting. Apart from those you can also have rebalanced AIs which gives you a more challenging campaign and new mechanics which tweak from the aircraft cannon firerates to new missile tracking methods. Still, i recommend trying the mods out after at least finishing the original campaign once.

About the Multiplayer...
PLEASE DO PLAY THE SINGLEPLAYER FIRST BEFORE TRYING MP
Overall situation
This is where all things went down, only two game modes are available and they are max 8 players free for alls and max 4v4 team death match. Apart from those two you can also set for 1v1 games but it's really time consuming if you want to get your skills up. Also, many experienced players wander around and they will not give you a good time in MP and can easily ruin your experience and make you ragequit, Seriously, you have been warned , prepare for being killed over and over again if you are rookies to the game. Stay away from those lobbies with "join midmatch" turned off and theres only one player in it, you will most likely get rekt very hard.
Mechanics
For battle royals not the one you expected or free for all is competing for the best, the match ends when anyone reaches 100k score. For team death matches, mostly are the same as the battle royal mode except the game ends when any of the teams reaching 250k score. In both game modes, if a player got a score thats high enough, he would receive stars varying from 1 to 3, which in turn maximum triples the scores you get from killing them. Remember to configure your aircraft set in the hangar first before entering any match or you will be end up on a stock F16. Inside the hanger you get access to different parts that can boost your aircrafts and weapons performance dramatically, but the slots and options are limited so be wise on your loadout.
Some warnings
Be very mentally prepared before entering MP, it's P2P based so connection quality will impact your experience a lot. Furthermore, the game has NO anti cheat methods and it's very painful when encountering one. A point worth mentioning is that a lot of the advanced techniques, for instance backwards flying yes you see that correct, flying literally backwards not upside down would behave very similar to cheating but they are different fundamentally.

TL;DR
Good game if you like arcade flying with exciting combats, the SP part is around 30 hours with many content, mods add a lot more fun to the game and theres plenty of them, the MP experience is basically trash if you are not willing to spend time taking hits and sharping your skills and learning stuff. Not worth the full price, get it when on discount. 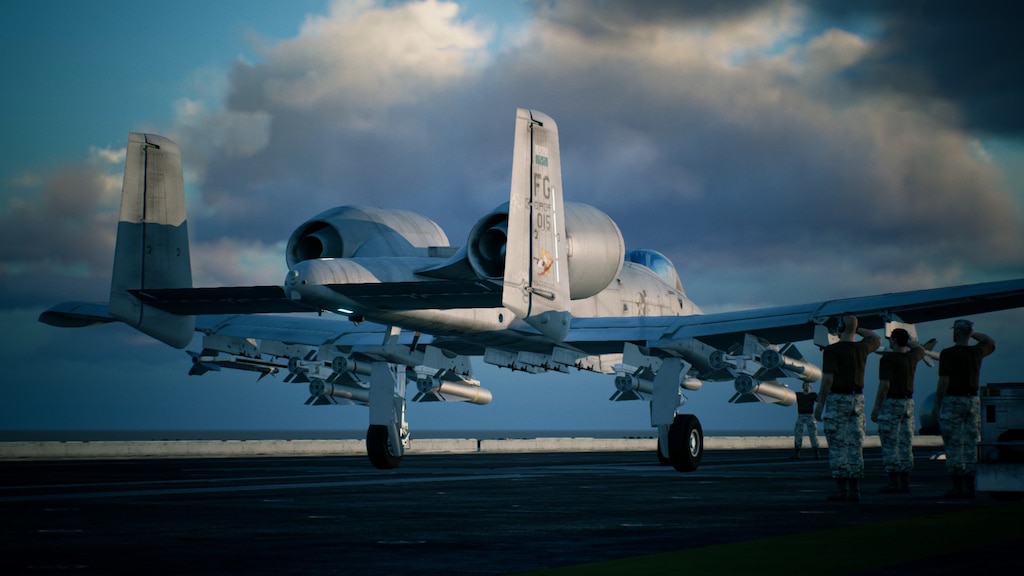 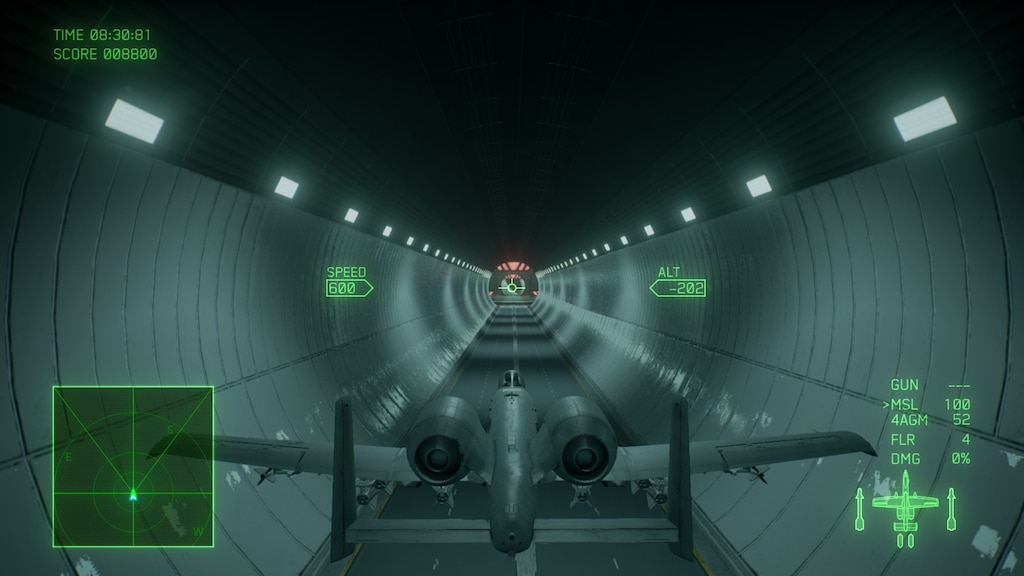 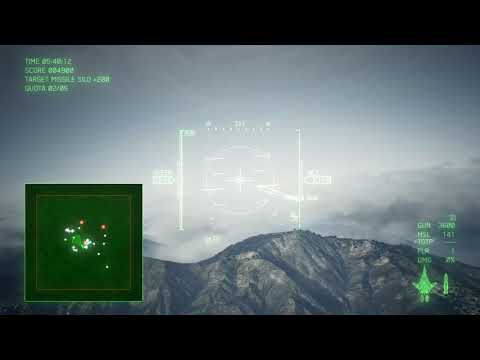 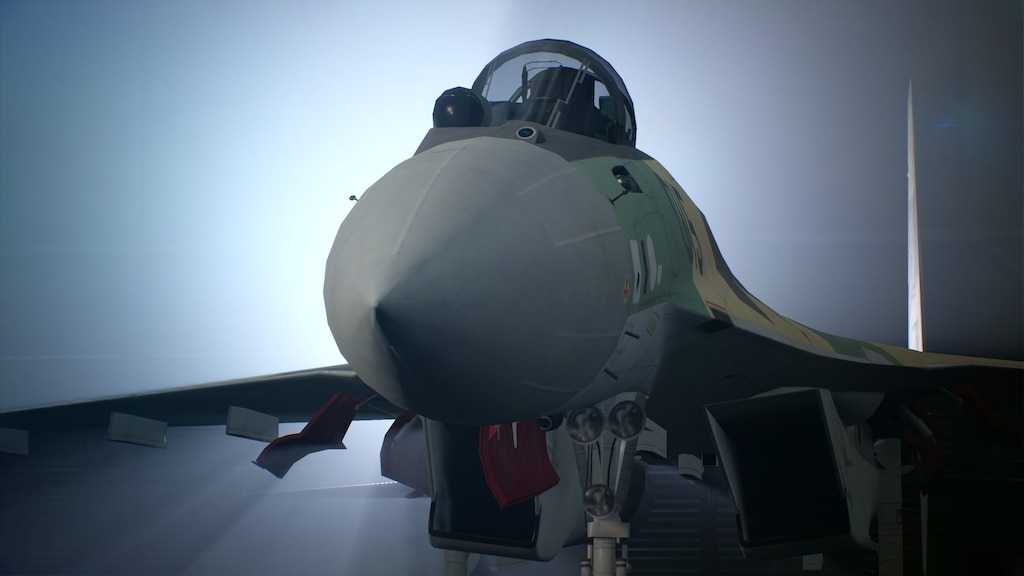 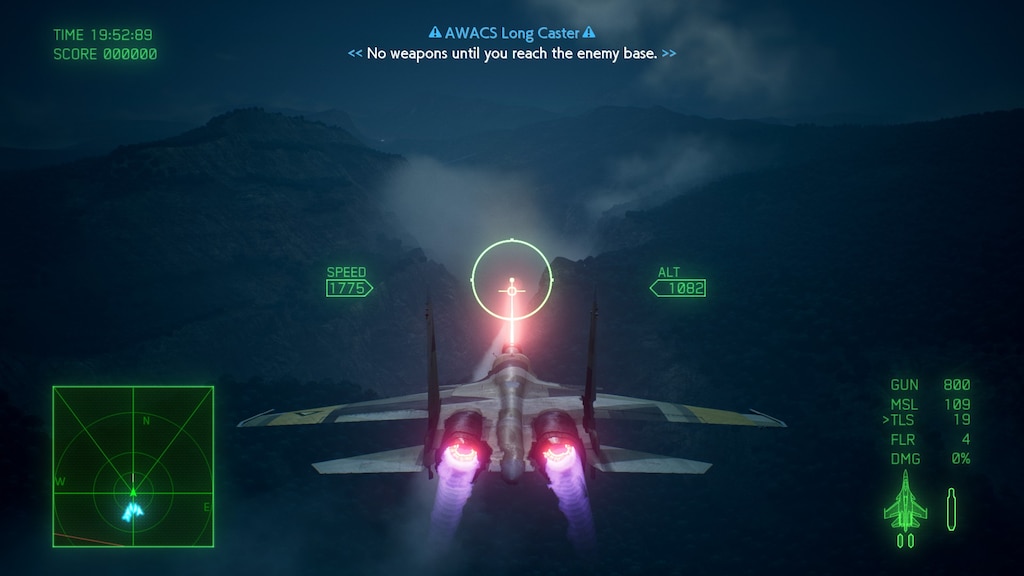 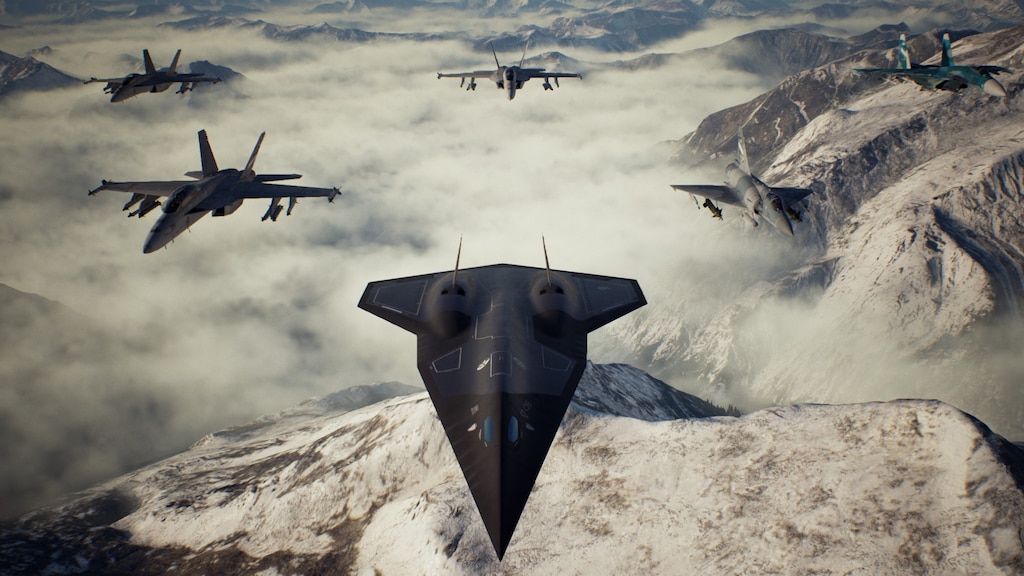 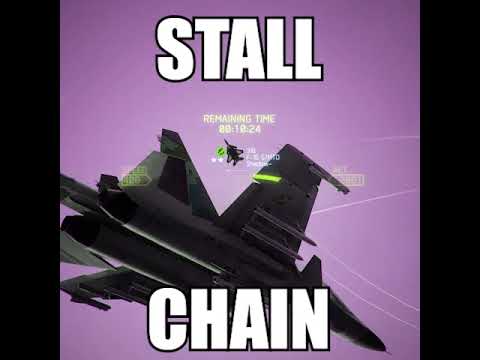 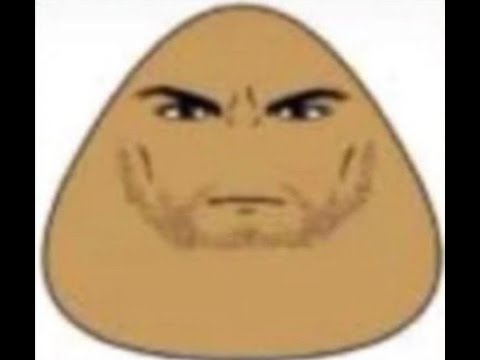 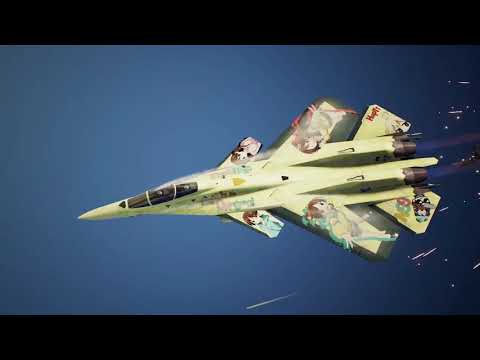 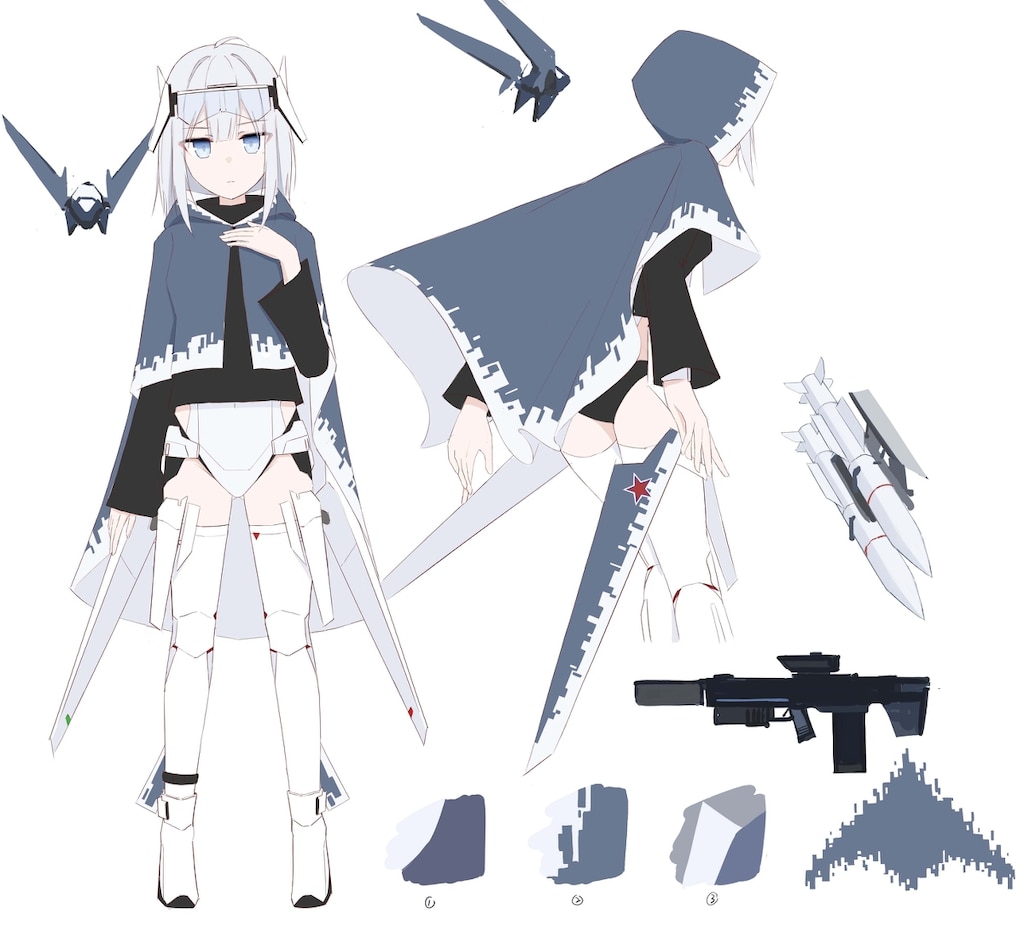 0
1
ÙwÚ Thank you for coming to my debut in Waiapolo Mountains.

Thrustmaster HOTAS X hat switch look around
For those of you wanting a quick fix for not being able to look around on your Thrustmaster HOTAS X. Locate your "Input.ini" file C: > Users > User > AppData > Local > BANDAI NAMCO Entertainment > ACE COMBAT 7 > Config, then open up the Input.ini file... 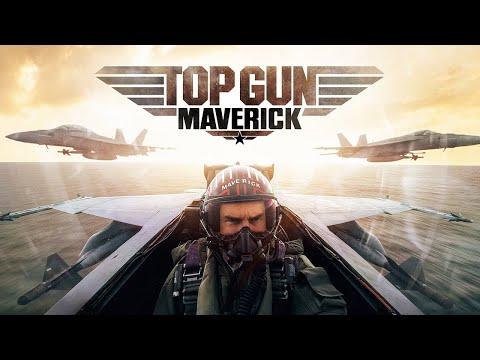 Inclusive
View all guides
where are the anime skins
i thought there were anime skins in this game :(
8

Dozer
2 hours ago
General Discussions
Is this game worth for multiplayer?
im thinking of getting this game but idk how active/fun the multiplayer is? is it worth to get it to play mp?
7 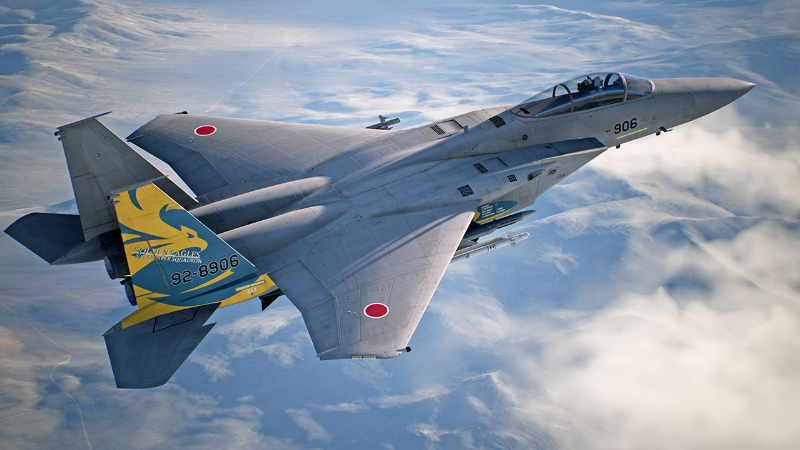 Upon further investigation, we have newly confirmed players who used cheats or performed other malicious activities and have prohibited their Steam accounts from accessing multiplayer.

alex.roginskiy
15 hours ago
General Discussions
Ace Combat 7 for Labor of Love Award
It launched as a mainline title in a forgotten franchise for a neglected category of games... I don't think anyone expected it to get free and paid updates even up to now... If AC7 wins, it will be well deserved. Can't think of many other games that should receive it....
18