GTFO is a hardcore co-op FPS horror with high-intensity combat, tension-filled stealth, and team-based puzzle-solving for up to 4 players. In GTFO, you need to work together in order not to die together.
$39.99
Visit the Store Page
Early Access Game
Get instant access and start playing; get involved with this game as it develops. Learn more.
Most popular community and official content for the past week.  (?)
GTFO Version 1.0 sneak peek – and final chance to get GTFO at Early Access price
Oct 28
As promised, Version 1.0 of GTFO will be released before 2021 ends, and the team is hard at work making the final push to make that happen. We know that you are all eager to go down into the Complex, so we wanted to serve you a small tease of what to expect. But bear in mind that these aren’t all the gameplay and visual improvements planned for the Early Access departure. 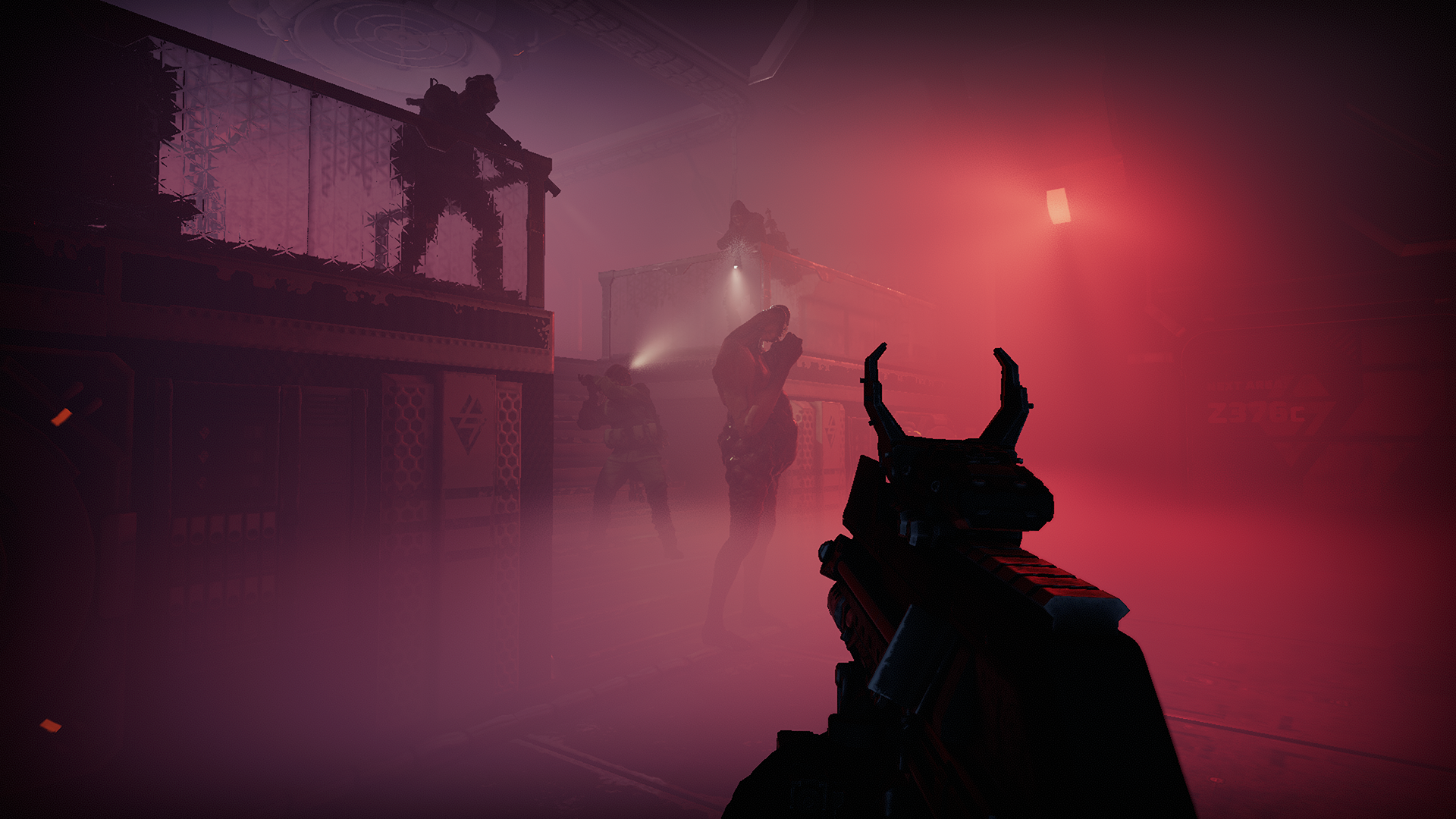 If you still haven’t invested in GTFO – now would be a great time. As previously communicated, we will raise the price going into Version 1.0, and the Halloween Sale is the final sale of GTFO at the Early Access price.

To celebrate this and Halloween, our all favorite tool – the glowstick – will light up your way through the Complex in a Halloween-ish way. 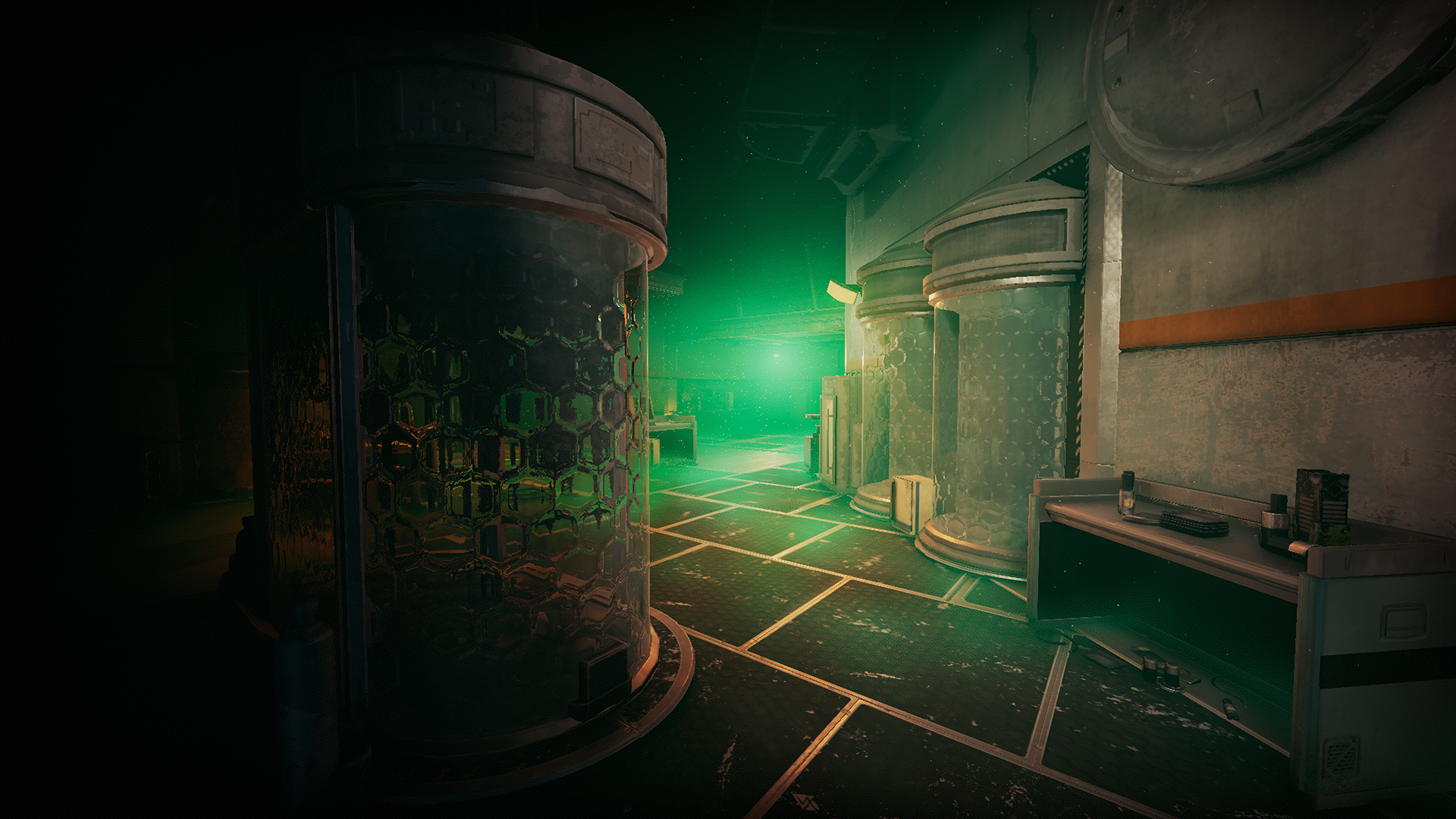 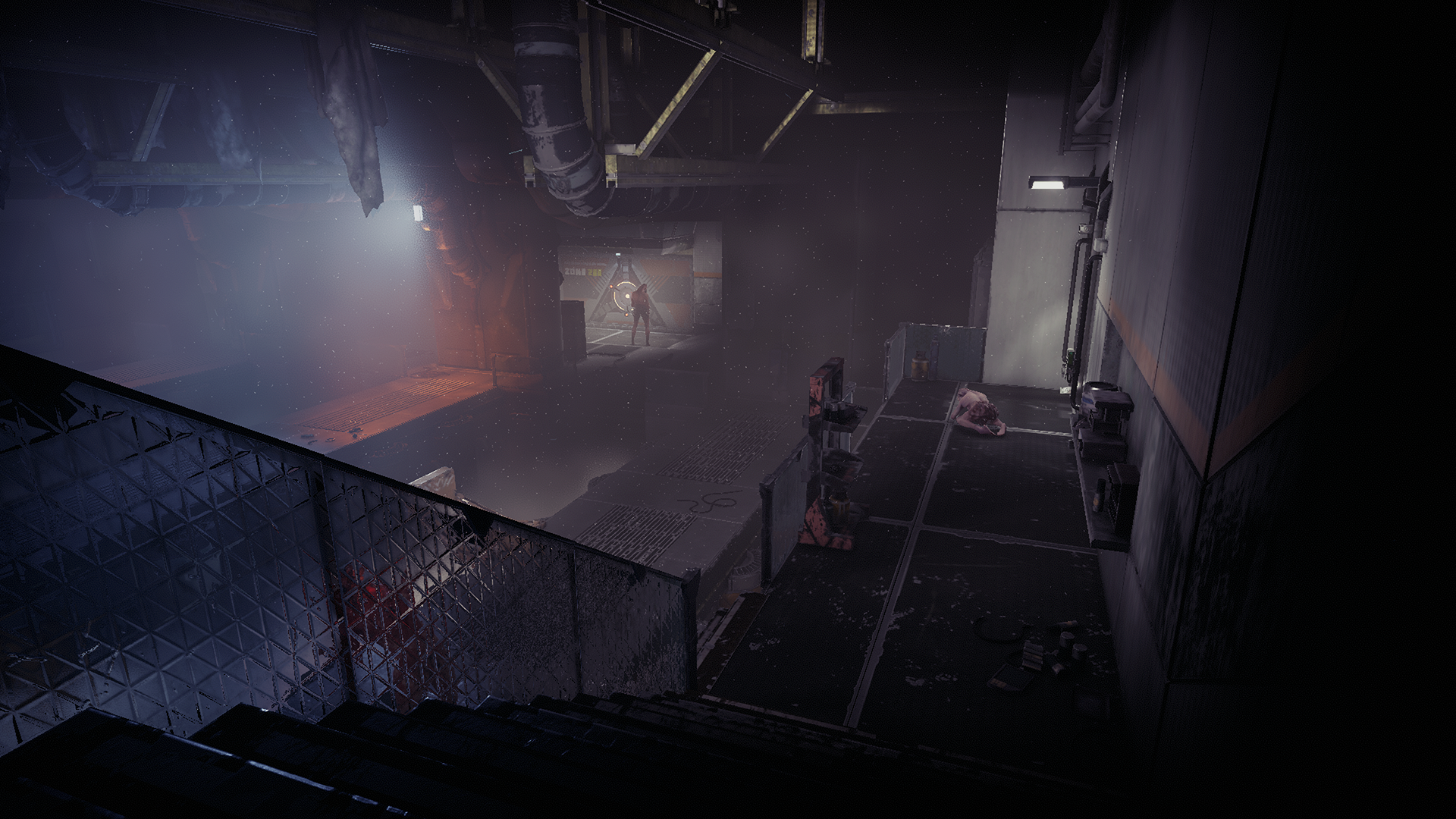 P.S. There have been theories that the Rundown concept would be something we will only use during the Early Access phase of GTFO. This is not the case – rest assured that we will keep throwing cruelly exciting Rundowns at our beloved community, also as a Version 1.0 game.

Only Terminal Guide You'll Need
Most of what is explained in detail here is given a basic explanation within the Terminal itself, making it particularly easy to use. I hope this guide helps you use the terminal a little more efficiently without needing to watch 30 minutes of video on the...
247 ratings 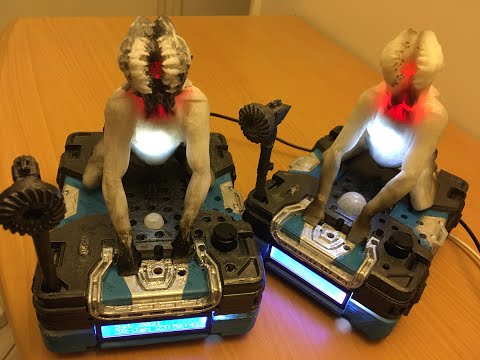 Dealing with scounts 101, Macho Style
having trouble with scouts?? want to be helpful for your team and silently BEATING THAT ♥♥♥♥♥ HEAD?? Well brother this guide is for you, Im BLUEGEAR professional monster wrestler and im here to teach you how to deal with scouts!!
77 ratings

Civil Conduct and Discourse between Prisoners.
A simple guide to succeeding, not only as an individual, as a team. 1.) Make sure your flashlight/torch is off and never assume that it is. 2.) If there is a language barrier, learn to code 3.) Drink plenty of water in between rounds and take care of...
108 ratings 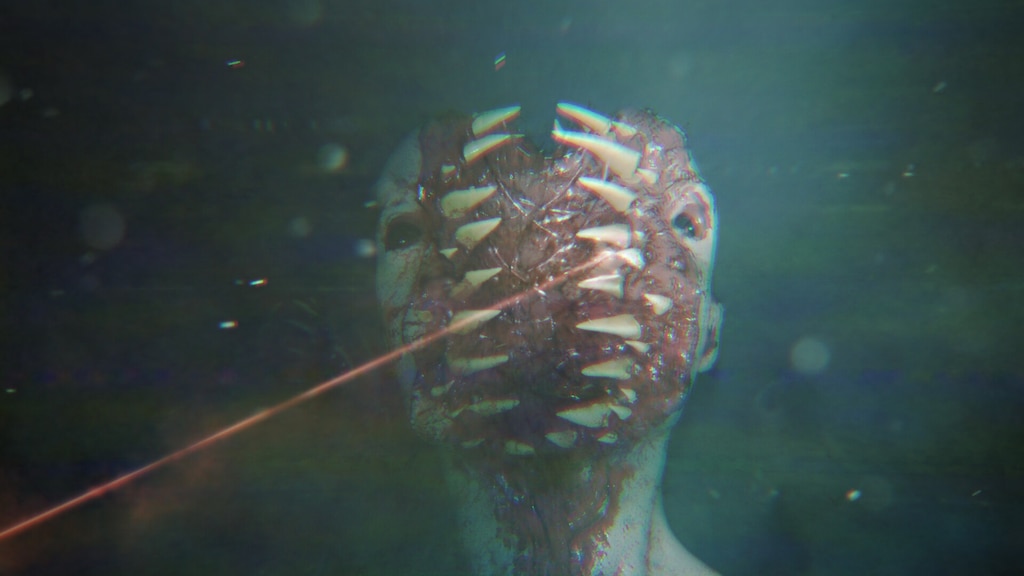 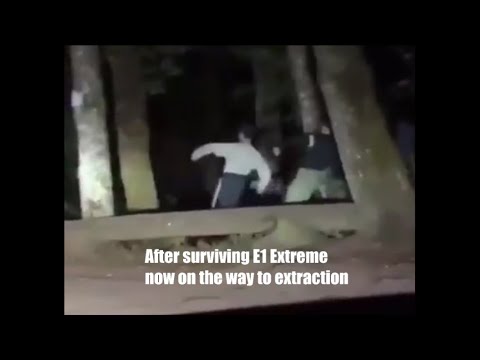 1
1
GTFO, But What it's Like After Surviving R4E1 Extreme 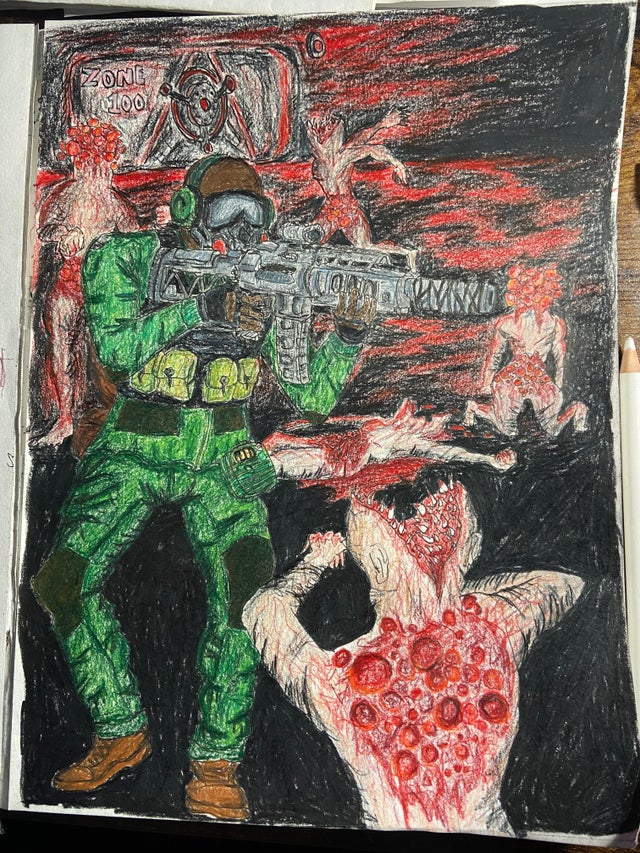 Recommended
97.7 hrs on record
Early Access Review
Let the glowsticks light the path to other glowsticks 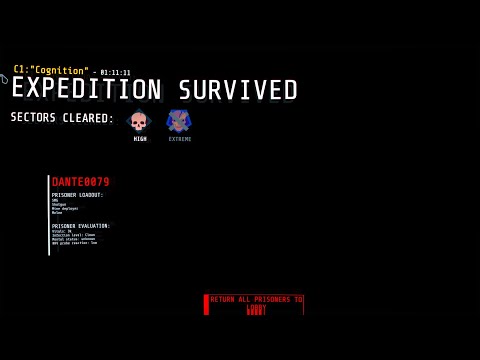 Recommended
17.0 hrs on record
Early Access Review
Get your friends in with you and suffer together. We still haven't made it past Level 1 :)

Not Recommended
25.8 hrs on record
Early Access Review
I really wanted to like this but I just don't. Not only is it completely unbalanced for anything less than 4 players, but the in game matchmaking just doesn't work. You need to have a squad lined up already to play this and even if you do manage to find 3 other people to play, there are so many other elements that make the experience too hard in a not enjoyable way.

- game takes WAY to long to complete, like 2+ hours if you are being careful.
- guaranteed to lose if you make even the smallest mistake.

This isn't dark souls like difficulty, its Noita like difficulty packed into an FPS that requires 4 people to play AT ALL TIMES.
The reason I say 4 people is because the enemies don't scale at all. What would take 4 people to beat simply cannot be done by 1 person unless you breath and live GTFO every second of every day.

I could excuse all this. The part of it that made me with I never bought it at all is the horrendous attitude the devs have towards others. They act like game dev gods and will punish anyone that dare question their decisions. IF you even suggest that the game be altered in some way on their discord, expect to soon be kicked and banned from the server. Oh and say good bye to matchmaking because you cant find anyone to play with that isn't on the discord server.


The last thing I would like to remark on is the comments made in the "What devs have to say section" of early access.
GTFO is seriously hard, you need dedication and teamwork to survive! This is not a run and gun game, please watch a stream or a YouTube clip so you know what you are getting into.
For real though, when they say its seriously hard, they actually meant to say its impossible. This game is hard in the same sense that putting a square peg through a round hole is hard. It isn't even structured to be possible unless you meet the devs requirements. It really needs to tell the player that it is ONLY meant to be played with 4. This is very disinginuis. I wanted a hard game, not an impossible badly structured game.


[h3[GTFO is NOT for everyone! Only buy this game if you are ok with the following:[/h3]

Dealing with sleepers 101 MACHO STYLE
Having trouble with sleepers?? Don't know what to do during a horde?? Why is the spiky c**nt not dead after one charged hit in the face?? Well brother this is the guide for you, I'm BLUEGEAR professional monster wrestler, ghost beater and today I will... 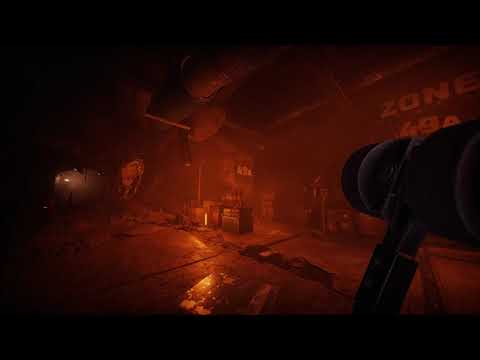 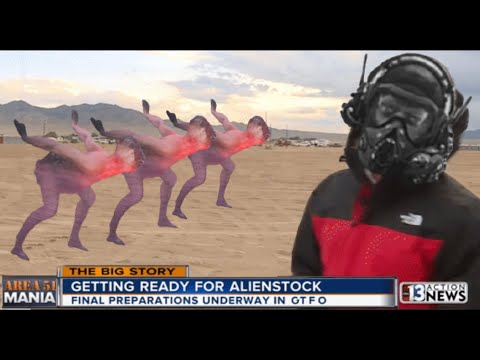 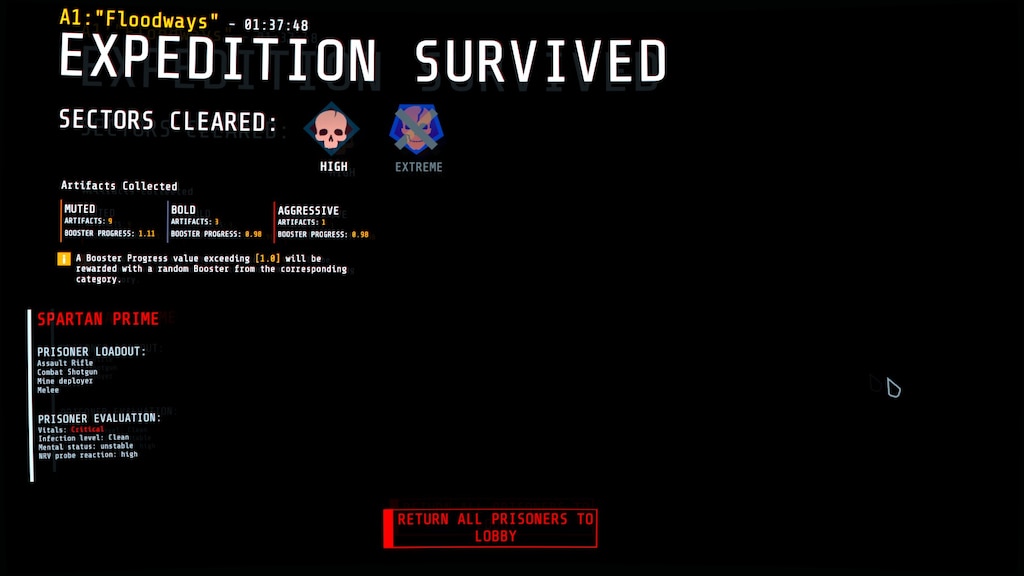 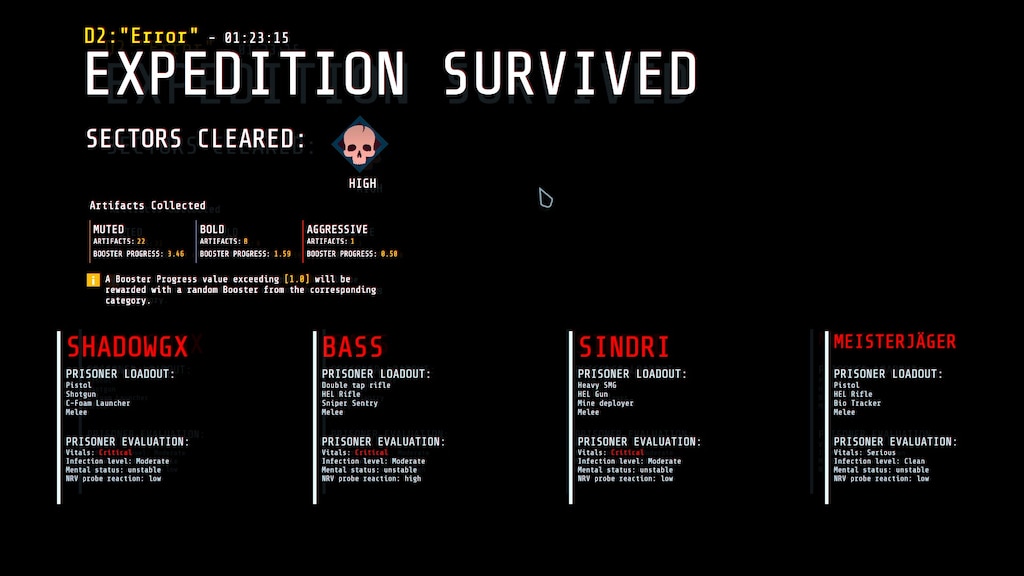 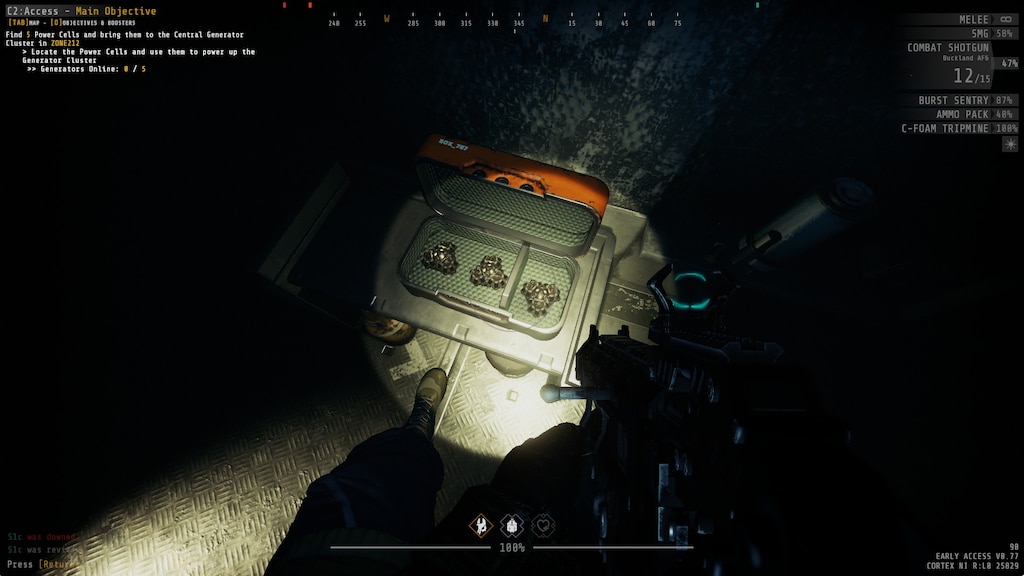 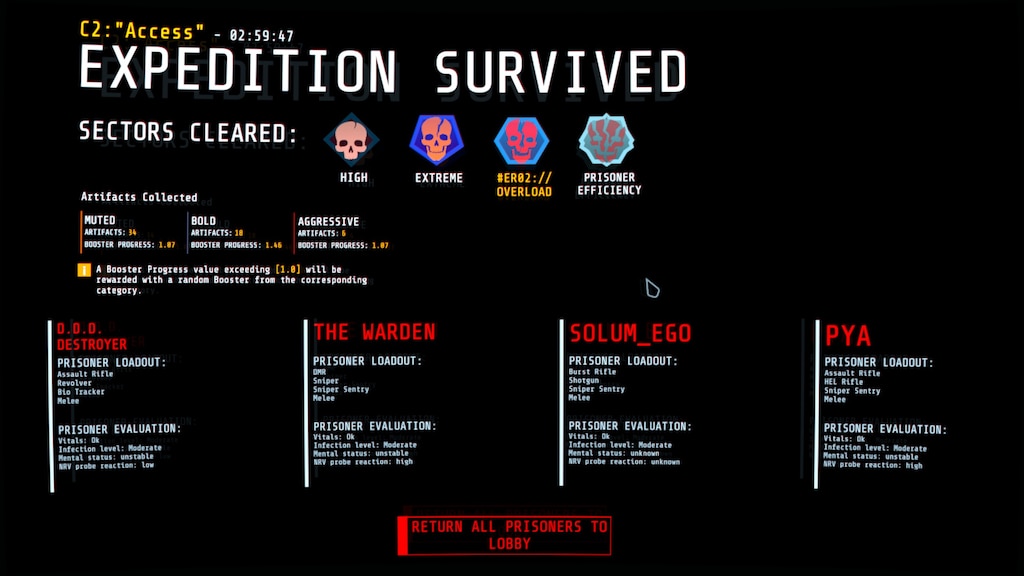 nnhnmuhnmh
View artwork
This game is dead for a reason
GTFO's difficulty is made inaccessible to even the most hardcore of players. Levels that last over two hours of kiting and resorting to exploits will never be fun. Not only that, but the base gameplay gets incredibly stale not long after you've played a few missions. There needs to be more to it than red light-green light, charge up and swing. The devs can easily make some concessions to appeal to a more sustainable audience. Such as adding difficulty scaling to the player count. But a sad fact is, this ...
19

kat
5 hours ago
General Discussions
Devblog - Anti-kiting measures
Greetings, Prisoners! Since we released the roadmap for the upcoming rundown, and anti-kiting measures were mentioned, we've heard your concerns and speculations on what it may entail. We totally understand that veteran players and new prisoners in the Complex are curious about how it may affect the game. So, we asked Hjalmar Vikström, Co-founder of 10 Chambers and Game Design Director for GTFO, what the philosophy behind the anti-kiting measures is. When a game is as hard as GTFO is, the...
105

[10c] Community-Calle
Nov 29 @ 11:44am
General Discussions
queue times?
im trying to get into any match at all for the past 30 minutes but cant find any players
6

Crossek
5 hours ago
General Discussions
Is the game worth?
Hello there people! I've had my eyes on GTFO for a while now but I haven't gotten a good feel of the community, since it's a co-op game that requires 3 other people I don't really want to spend 40 euro's to have all the teamates i get be toxic (or even worse: that the community is so small it takes hours to get into a single run) So what I'm wondering is: is the game worth the money right now or should I wait?...
9