MADNESS: Project Nexus is a third-person Run n' Gun / Beat'Em Up filled with arcade-style action and button-mashing brutality. Gun your way through droves of bad guys in the Story Campaign, or build your perfect killing machine in the neverending onslaught of Arena Mode.
$24.99
Visit the Store Page
Most popular community and official content for the past week.  (?)
Limited Edition Tricky Plush Available NOW!!!
Sep 22
We've got something real special for you today, folks! We've teamed up with Makeship to deliver you lot an incredibly adorable plushie of your favorite zombie psycho clown.

Made from a soft, high-quality fabric, this little guy will look perfect perched up on any desk, table, shelf, or lazy susan. His mask is fully removable as well, incase you prefer those pearly whites on display. He also ships worldwide, so nowhere is safe! 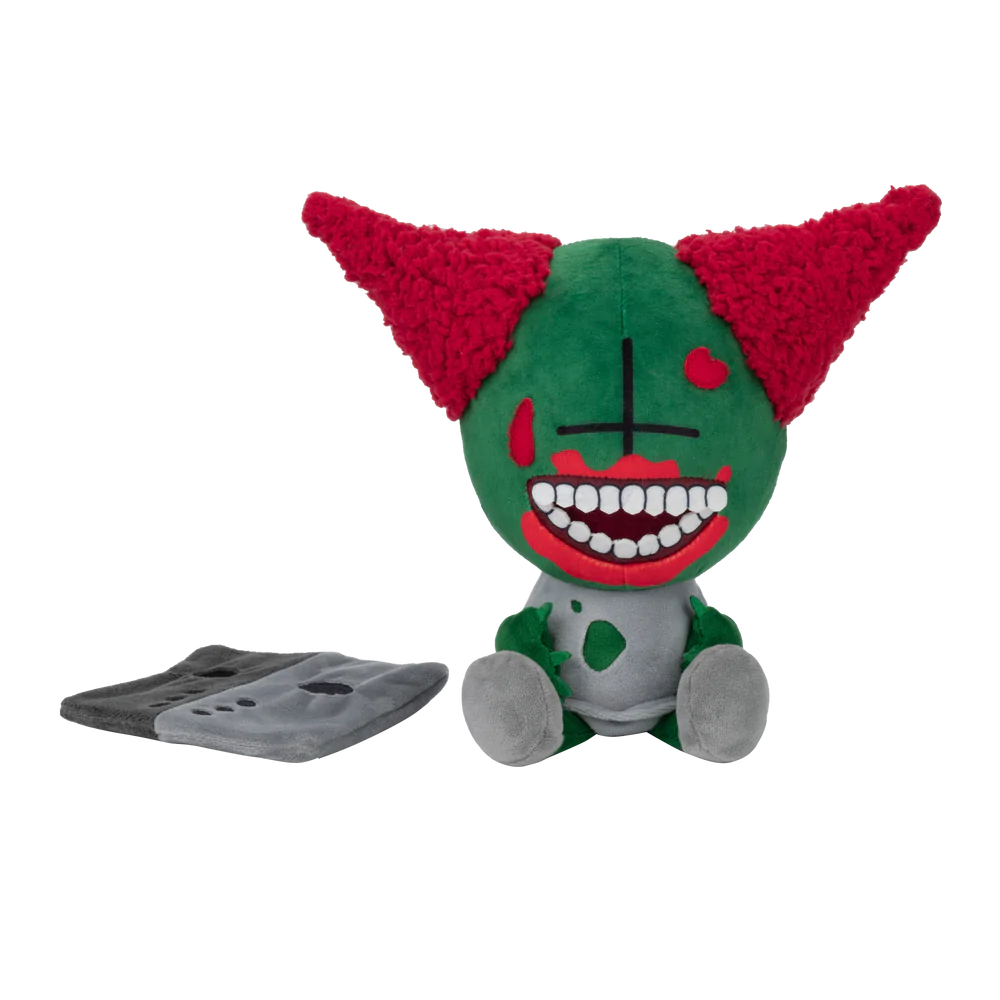 He's not gonna be around forever though, you have until OCTOBER 13TH to secure your clown! Once the campaign's up, he's gone. Forever laughing into the abyss. But who knows... If this campaign's real successful, we just might see some other members of the cast get hit with the Makeship magic.

MADNESS: Project Nexus
714
96
Got any cool ideas?
I've been playing this game for a while now, it's really fun, but while playing playground I had an idea that for choosing characters, selecting weapons, and spawning characters it would be cool if there was a search bar. It would also be cool if we can spawn characters for our team, so we can play as Deimos or something and spawn Sanford for a teammate. Another thing that would be cool being able to place our characters from arena in playground. So that made me wonder does anyone else have any creative or...
2

OopsAllMints
6 hours ago
General Discussions
No auto-clicking
Don't like destroying my fingers and my mouse on the arnea mode. Really weird that with this amount of clicking required there is no toggle option for it or some kind of turbo-button.
3 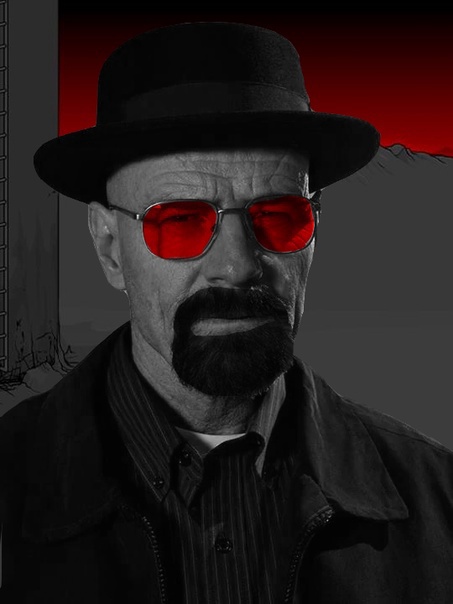 [Arena Mode] Chaos & Order Guide (Custom Origins / Gameplay-tips)
This guide is made for people who have downloaded my "Chaos & Order" mod pack. The information here will help you understand each custom origin, and how they are designed for.

May
View all guides
6 people found this review helpful

Recommended
56.5 hrs on record
would be much more better if it had Steam Workshop support, or even simple mod support from other websites. 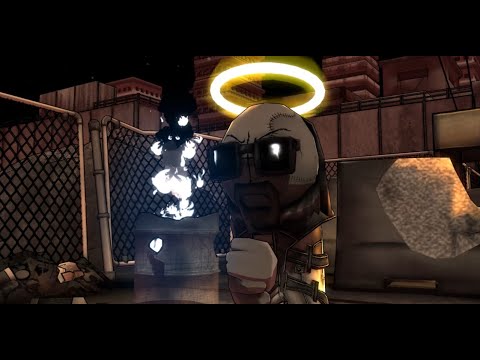 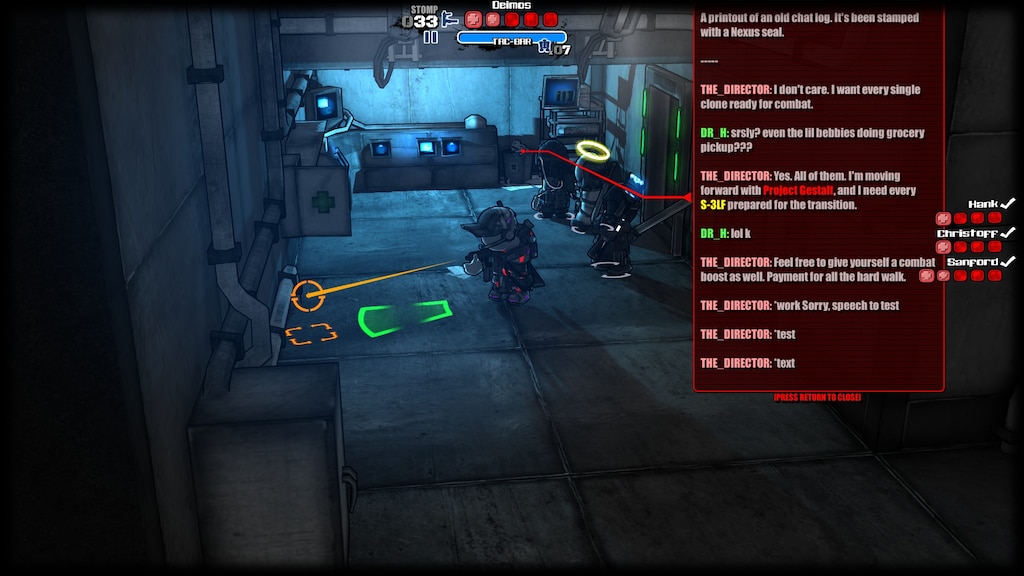 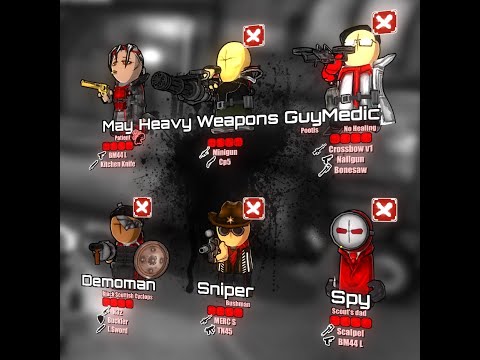 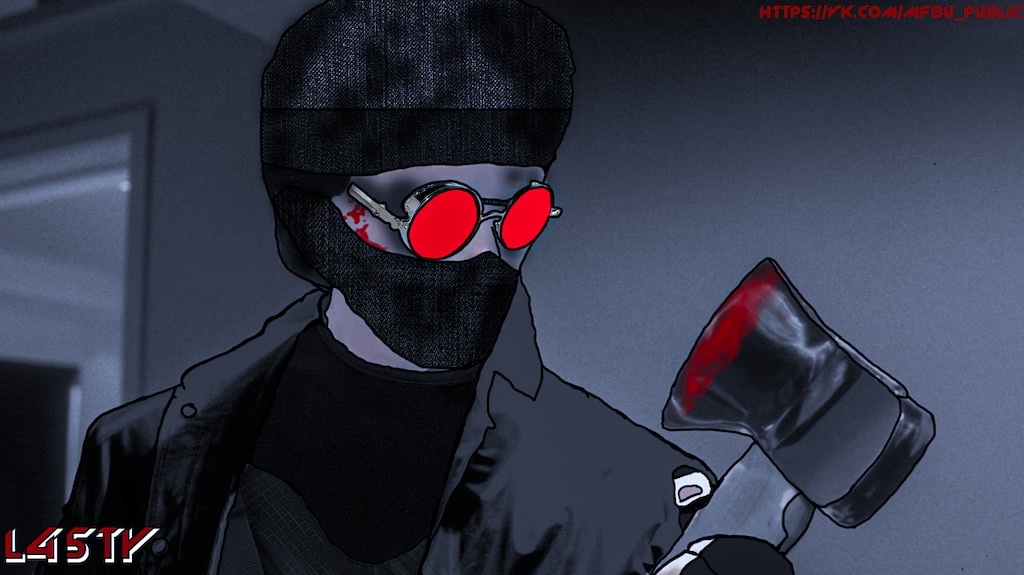 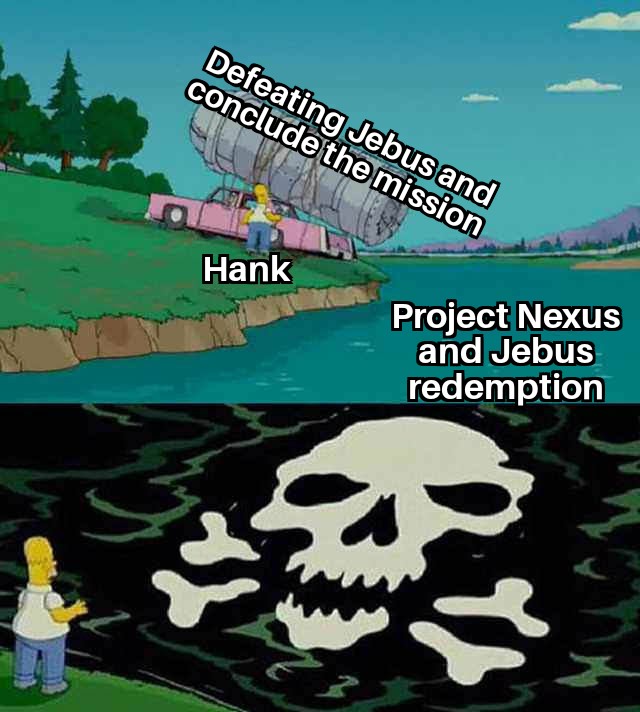 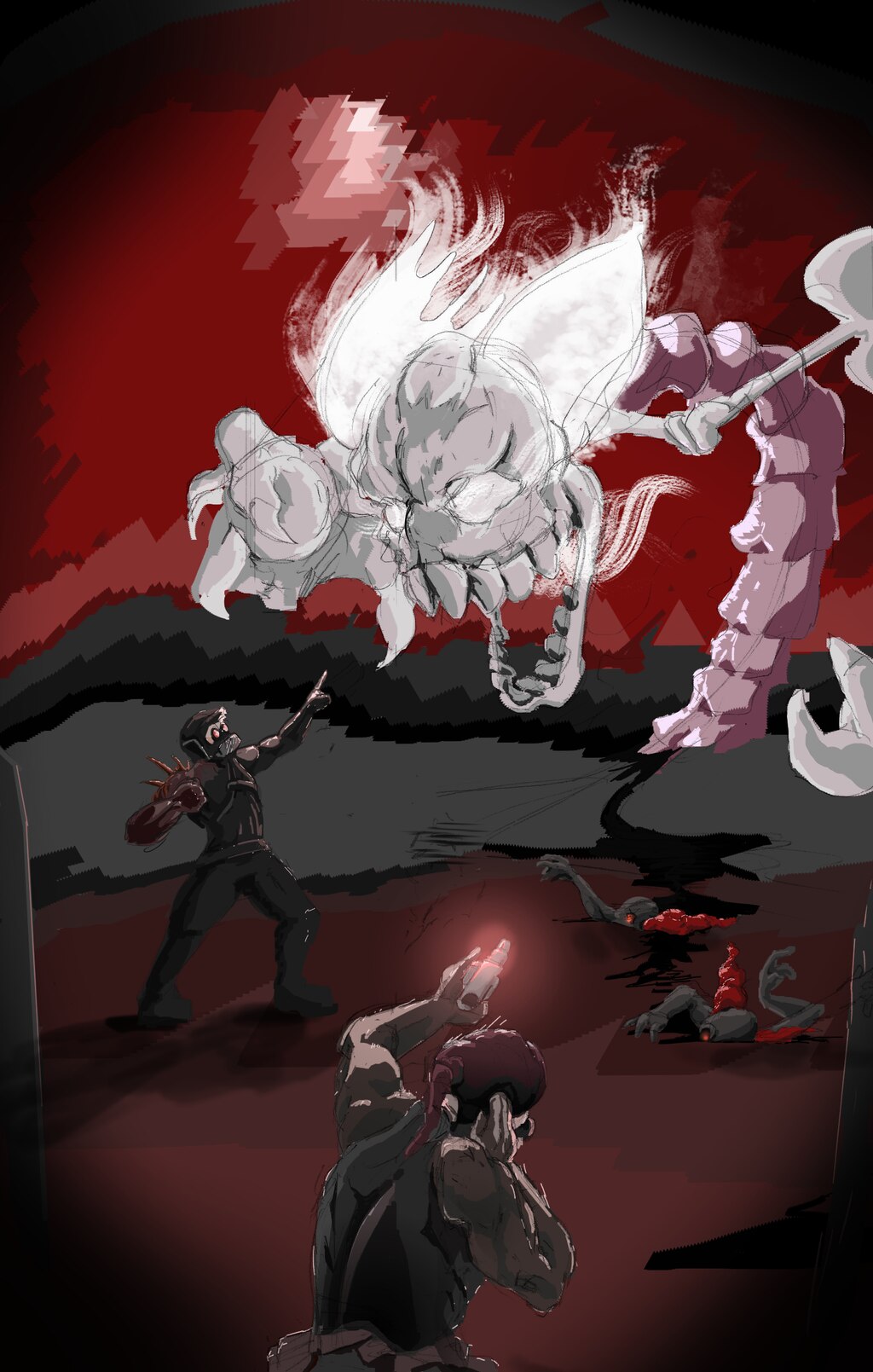 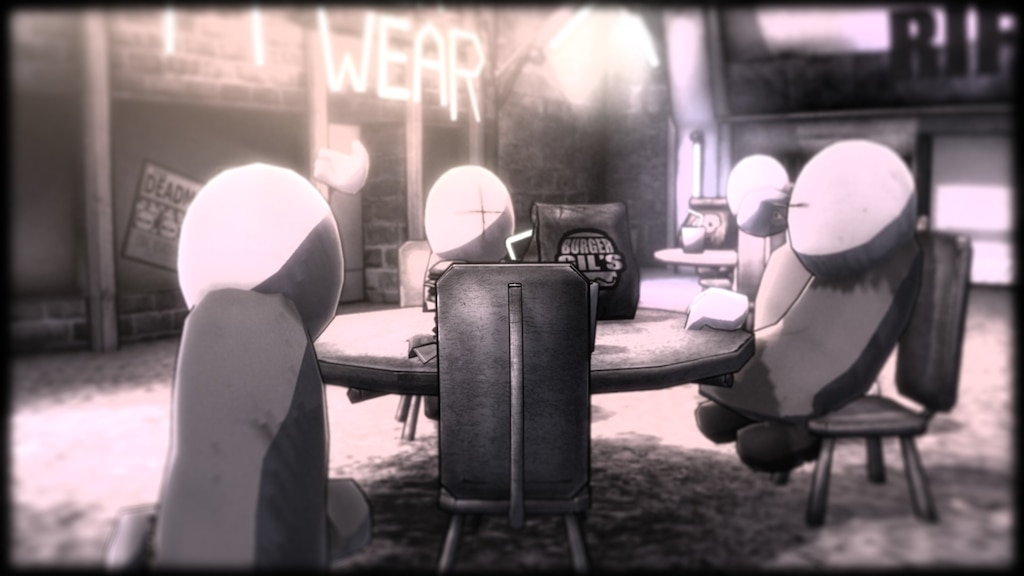 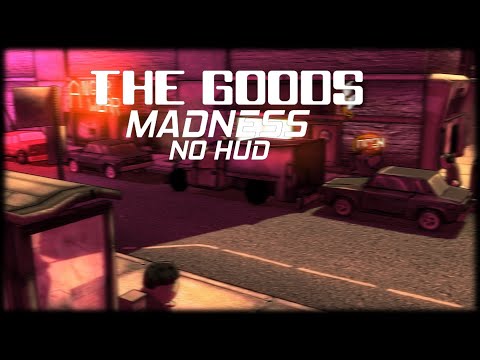 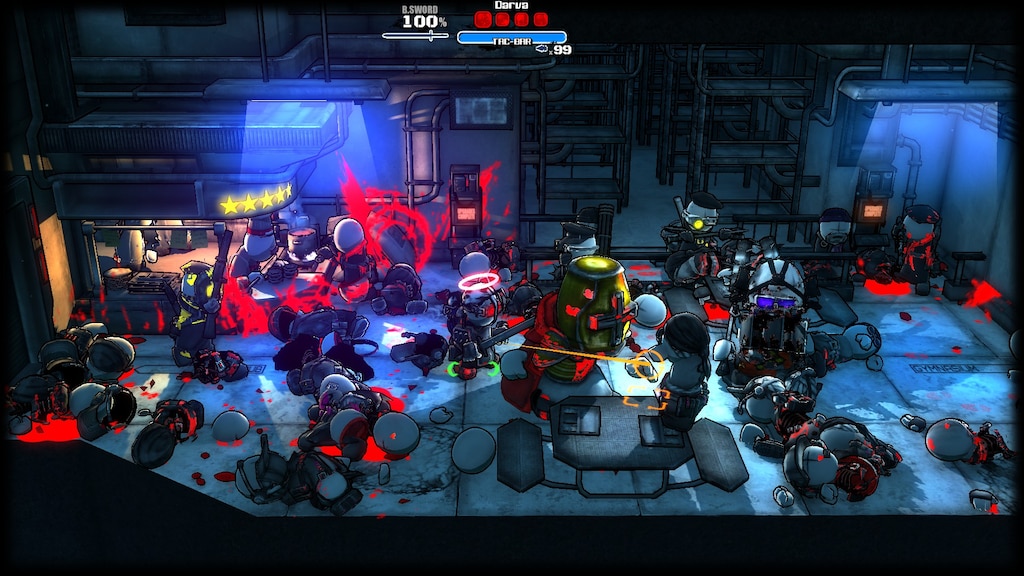 1
0
The aftermath of a bunch of hanks, sanfords and smokers raiding the dormitory 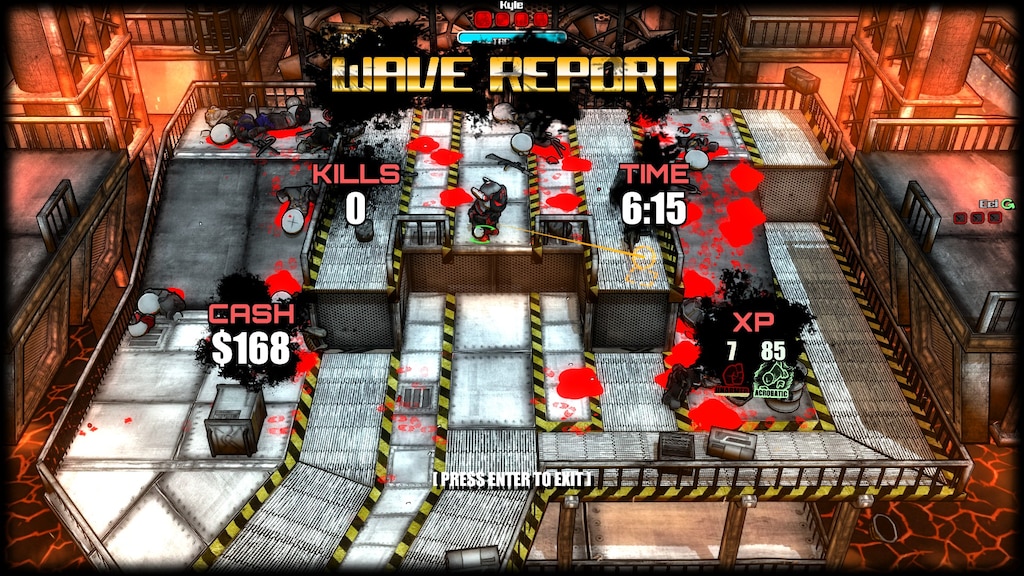 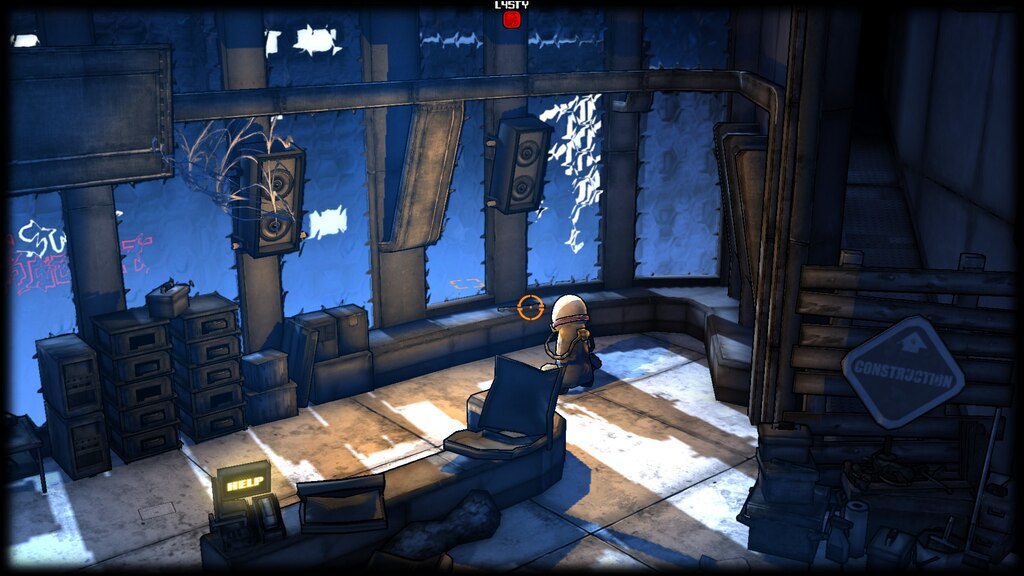 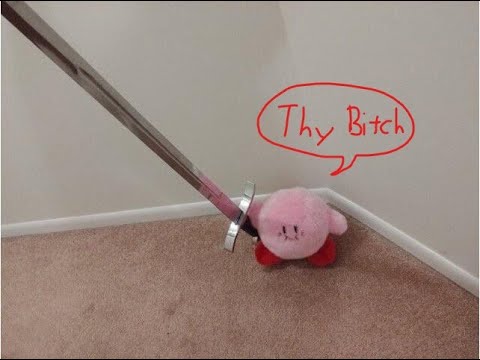 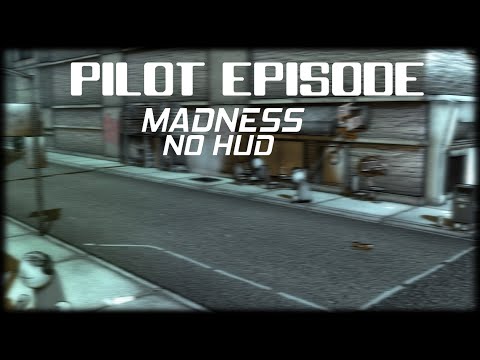 how to violence and gun in arena
so first you want to be mid way in arena then you buy a gun of your choice then add something that has lots of bullet then a barrel that does damage you don't need accuracy as long as bullets hit then for secondary i recommend blade because it gibs a lot ...

mrkrunklepop
View all guides
grenades dont feel useful
they all dodge away and now that they're scattered bomb does nothing, (just lead them to a corner) that is alot more work to push them into a corner for 2 or 3 kills when I can just shoot them and move on with a revolver or use a chargeslash without a grenade so they would never spread out in the first place, is there ANYTHING grenades are good for that you cant do way faster and with no setbacks or timers?...
3

WrongHat
9 hours ago
General Discussions
anyway to check hirings behavior?
yeah they act way differently sometimes not taking executions or only taking them when theyre on the map instead of shooting, or going close range to far range and sometimes they use their shield or just bash with it and I wanna know if we can check for that...
3

We're putting everything from the many Beta updates since the Magiturge release into the public build. Here are some of the highlights:


**Beta [2.06.d]**
ADDED
⦁ Holding ALT while making a purchase will auto-equip that item, if possible.
⦁ The "Hold Shift" and "Hold Alt" indicators in the inventory now change colors to indicate what you're holding.
⦁ In Fast Track's fourth car, Half-Mags and Mags can each climb up top to chase you.
⦁ Arena Hirelings will warn you that they were unable to level up due to level cap when arriving back at the HQ. They'll also display a lock icon over their level when examined.
FIXED
⦁ Mashing the Swap Weapons button (TAB) when leaving an Arena stage would wipe out your purchased weapons for any junk weapons you're carrying. Great way to sneak a crappy wrench out of a stage, in exchange for that nice $4,000 SMG you bought. This should now be fixed.
⦁ A few cutscene, mission, and skill description typos.
⦁ Looking up the Arena HQ ramp that leads from the Hub room to the Helipad, you can see a bare wall at the top. This has been replaced with a better effect.
⦁ Removed a spawn point in Foundry that could allow some opponents to linger off screen where they could shoot you without recourse.
⦁ More protection added to the ramps in the second train car of Fast Track, to keep Mag executions from trapping you in the geometry underneath them.
⦁ Bandit headgear had a large collider that made them look like they're floating off the floor when knocked off of someone.
⦁ Being over-encumbered wouldn't recalculate your downgraded dodge or sprint correctly. Also did some work streamlining the calculation process on the back end.
⦁ The Gambler wasn't walking away in Contract 3.
⦁ Some background characters weren't disabling their body-smock when wearing an outfit (such as the ravers in Contract 3).
⦁ Leaping Zeds couldn't be countered with the appropriate skill.
⦁ Orderlies weren't grappling properly at the end of their dash attack.
TWEAKED
⦁ Magiturge wands are now available all at the same time, rather than starting only with Plastic and unlocking one-at-a-time as you advance through stages. To balance this, wand addons will instead be unlocked over time (the way gems already do).
⦁ Nerfed AAHW Half-Mag health. They still hit just as hard.
⦁ Clarified the descriptions of the Wizard Staff melee weapons (it wasn't apparent that their real power comes from charging them up).
⦁ When buying from the Arena Quartermaster, you can now swap between hirelings in order to compare their weapon and armor stats to the items you're buying them.
⦁ Added a few more Wildlander and Poltergeist enemies to the later waves of Haunting at Nevada House. Poltergeists are also a little faster.
⦁ Demoniac Demonstrator units use a deadlier skillset when dual wielding.
⦁ New descriptors for the waves of some Arena stage, such as Fast Track being called "Car 4" instead of "Room 4", etc.
⦁ Cultists will get through the windows in Haunting of Nevada House a lot more quickly.
⦁ Being over-encumbered can downgrade your Tac-Bar up to two times rather than only once.
⦁ Tiny nudge to grenades when they impact the floor, to keep them from "physics-ing" through the floor in some areas.
⦁ Dissonant Robots can be thrown when countered during their charge (with the appropriate skill).

**Beta [2.06.g]**
ADDED
⦁ The Agent Origin's new origin skill allows their pistols to stunlock enemies and ignore even more Tac-Bar within their sweet spot (once you've got the skill). We're also giving 'em the AAHW voice set.
FIXED
⦁ The enemy indicator that appears over off-screen opponents at the end of waves will get wiped when you bribe them as the Mercenary origin.
⦁ Despite being the worst driver in Nevada, Doc can no longer kill you at the end of Fickle Friends by accident.
⦁ Trying to play Sleeper Labs with four players would break the stage select screen.
TWEAKED
⦁ The Patient Origin's imaginary friend got a tweak. We won't ruin the surprise. Also, the Patient is invincible at the moment the friend is summoned.
⦁ The Infinite Ammo powerup now applies to melee durability as well.
⦁ Significant weighting multiplier (currently x5) applied to Acrobatics XP earned in Arena. This should help casual acro gain for most players.


**Beta [2.06.h]**
FIXED
⦁ Disquieted Mask found yet another sneaky way to be unequipped. That's been cleaned up, *again*


**Beta [2.06.i]**
Tiny update today with a bunch of typo fixes.
By this weekend, we SHOULD have all beta fixes merged into the release build!


**Beta [2.06.m]**
FIXED
⦁ Updated the controller system to be compatible with Steam's controller settings (again).
⦁ Bunch of typos fixed.
TWEAKED
⦁ When given the prompt to allow a controller to take control of Player 1, pressing Start or A on your controller will confirm YES, and pressing B counts as NO. The previous button system was confusing.

**Beta [2.06.n]**
FIXED
⦁ Small update to how background characters handle outfit pieces that should and should not remove the part they belong to (such as gloves removing the hand objects, but *not* for fingerless gloves, etc.)

MADNESS: Project Nexus
452
34
What does "brace aim" does?
Hi, what exactly happens when i hold right mouse buttom while aiming with a pistol? (He then holds it with two hands) Is it the damage output? Because the range doesn't seem to change. Thanks in advance
5