Call of Duty® returns to its roots with Call of Duty®: WWII - a breathtaking experience that redefines World War II for a new gaming generation.
-67%
$59.99
$19.79
Visit the Store Page
Most popular community and official content for the past week.  (?)
Multiplayer dead?
Is the multiplayer dead with this game? With all Warzone hype and all, it's sad that this game is being forgotten. :(
3 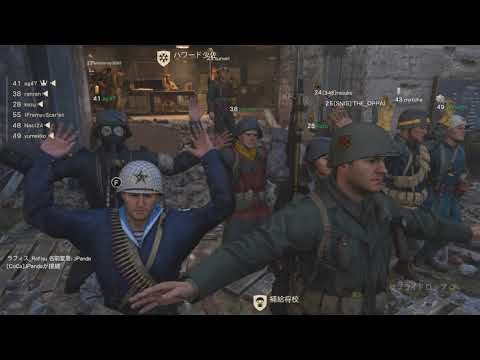 Zombies- The Final Reich Story walktrough
This guide will show you how to acomplish all puzzles/eastereggs I know about. I wrote half of this guide, the rest is copied from http://www.powerpyx.com/cod-ww2-pack-a-punch-guide-the-final-reich/ So all credits go to them If you have any recom...
168 ratings

How to remove New item stars from Special Helmets. (And every other stuck item)
Easy shid, like and fav dis shizzle nizzle
203 ratings 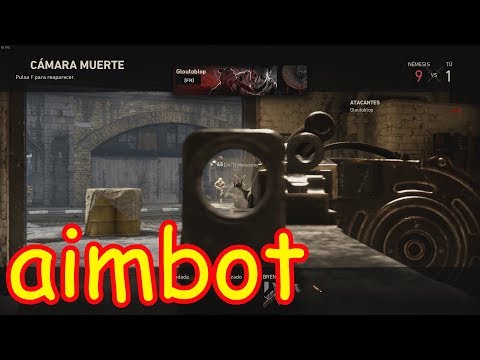 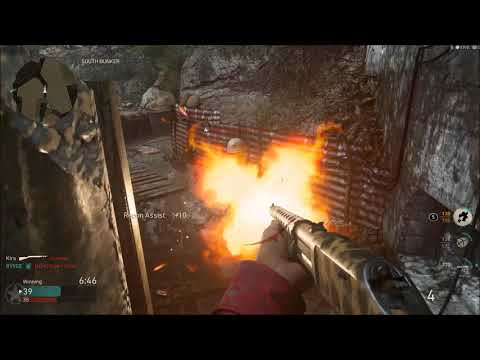 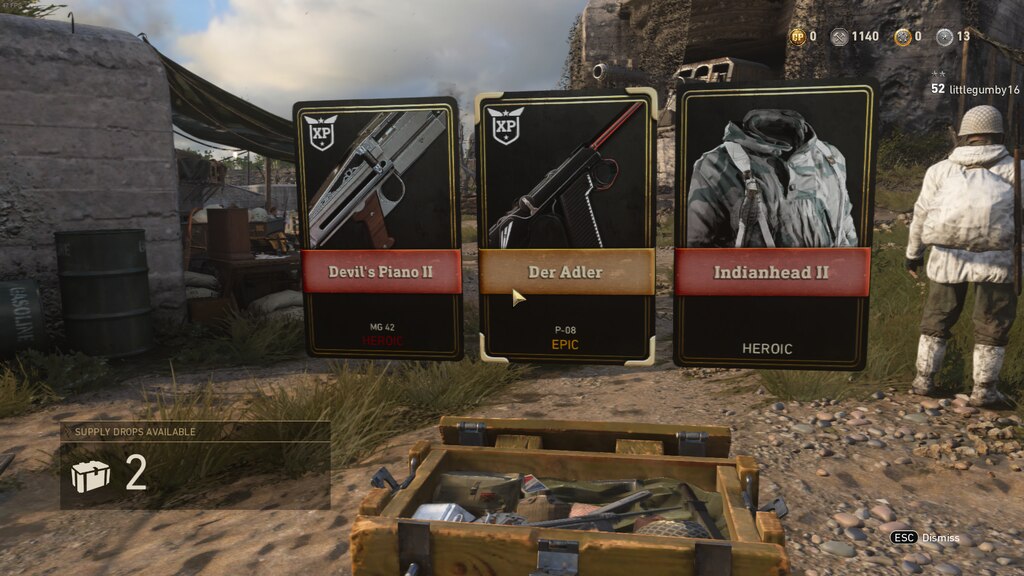 0
7
Pretty good for a common box 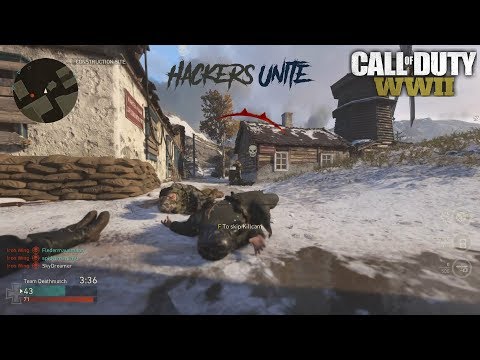 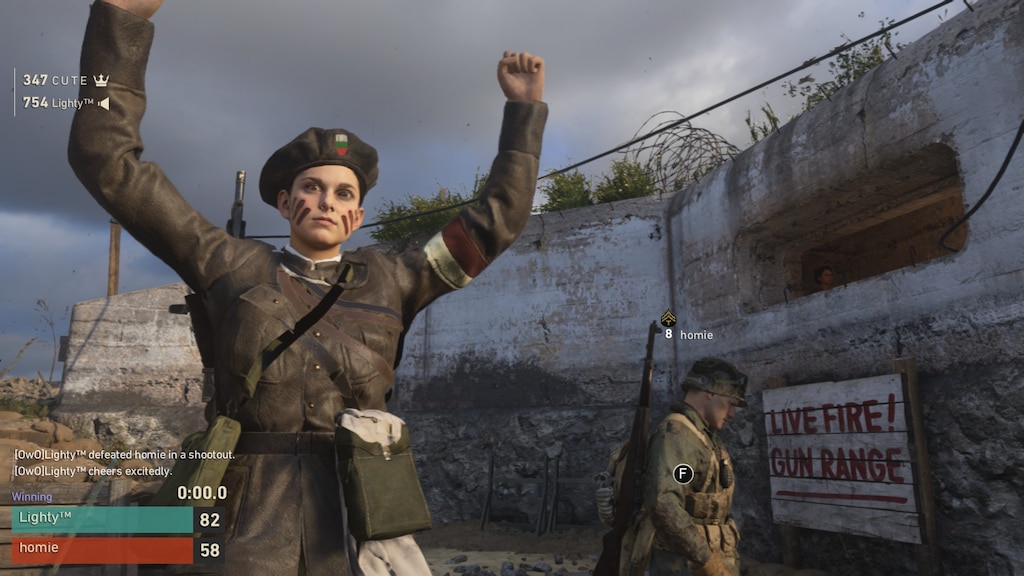 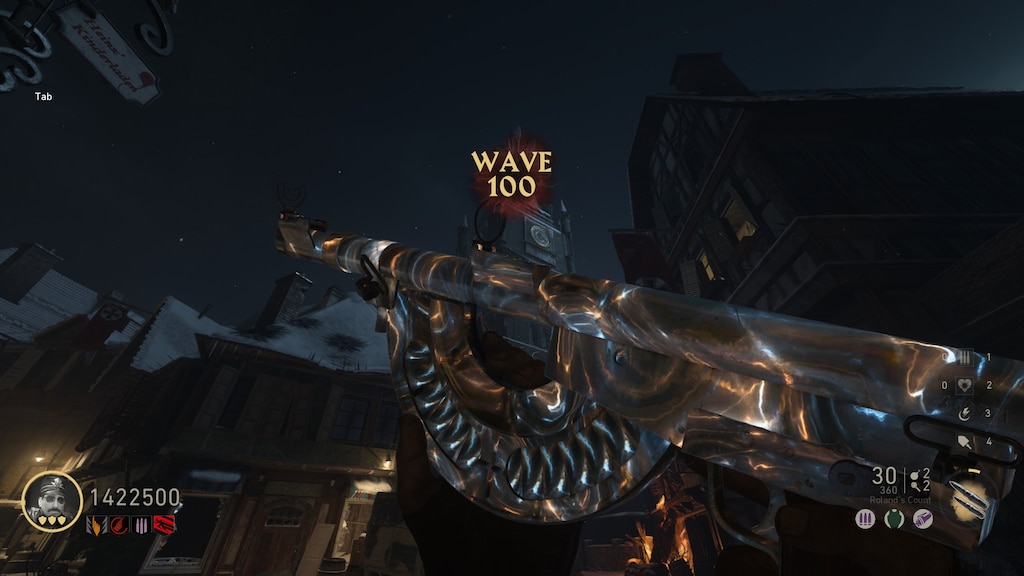 Recommended
111.8 hrs on record
I thought this game was amazing when I got it back when it came out when I was 10, but now that I'm 15 and smarter, I can leave a more detailed review.

So, just buy it for the multiplayer. It's the second best COD multiplayer in my opinion, other than Black Ops 3. Now, here's the actual detail:

The Campaign:
The story between the characters is touching, I must say the relationship between Daniels and Zussman shows the true meaning of friendship, but as for the war story... it's just awful. The only enemy faction in the entire game and of the Axis is the Nazis, and killing them feels merely as an objective, rather than showing the true meaning of violence and war. It's relatively short too, about 6 hours of gameplay. The missions are fun until you remember this.

The Multiplayer: Like I said, buy this for the multiplayer. The multiplayer has 5 main divisions (Infantry, Airborne, Armored, Mountain, and Expeditionary) and 3 subdivisions (Resistance [probably the best one if you're good with it], Cavalry, and Commando) to choose from. The multiplayer has a huge variety of weapons, which some that can only be unlocked through contracts and supply drops that you can earn by playing. Every weapon has at least 3 variants (not including the main variant, so technically 4 variants if you do include that, I guess) which just make you more intimidating while you gun down your enemies with microtransaction style (again, you don't have to buy the supply drops). The multiplayer is just overall very grindable, and the guns are mostly balanced. Mostly.

Unbalances to note: Incendiary Shells on Shotguns, the Erma EMP (SMG), running Sniper Rifles or LMGs with Commando Paratrooper Inserts (As ♥♥♥♥♥♥ as this sounds, I have to admit it is very fun), Satchel Charges (C4 [Classic way to get kills in any COD]), Rifle Grenades that travel at about 100 MPH and explode INSTANTLY, Dual 1911s, Dual, Enfield No. 2s, the Toggle Action with Rapid Fire (and Incendiary Shells of course), the Molotov scorestreak that somehow only costs 300 score, the fact that the flamethrower scorestreak magically makes you invincible, and probably more.

The Zombies: Almost equally as bad as Vanguard Zombies. Instead of perks that you drink, they're called "Blitzes", and instead of having unique names, for example, Stamin-Up! is a perk in Black Ops 3 Zombies that increases your speed stamina and stamina cooldown/recharge, but in WWII Zombies, the "Blitzes" are just called "Increase stamina" or "Increase melee damage". Oh, and Juggernog is just armor. That's it. There's also ♥♥♥♥♥♥ classes that have different power-ups that are pretty effective, but too much of a change for how COD Zombies rolls. If Vanguard Zombies didn't exist, WWII Zombies would literally be the WORST COD Zombies of all time.

Did I have to write all this? No. But I did. I could've just said to only play the multiplayer, but I wrote all this just in case you happened to be speculating upon this detail.

Extra notes: If you need fire to solve your problems in Multiplayer, you are awful at games that involve any sort of combat and should not feel good about your "skill" 🤡🤡🤡.

If you say the multiplayer maps are "too linear" and "only have 3 paths: Left, Middle, and Right" this is what I picture you look like in my head: 🤓

Gooten Byen! (That's how you say goodbye in German, I think) 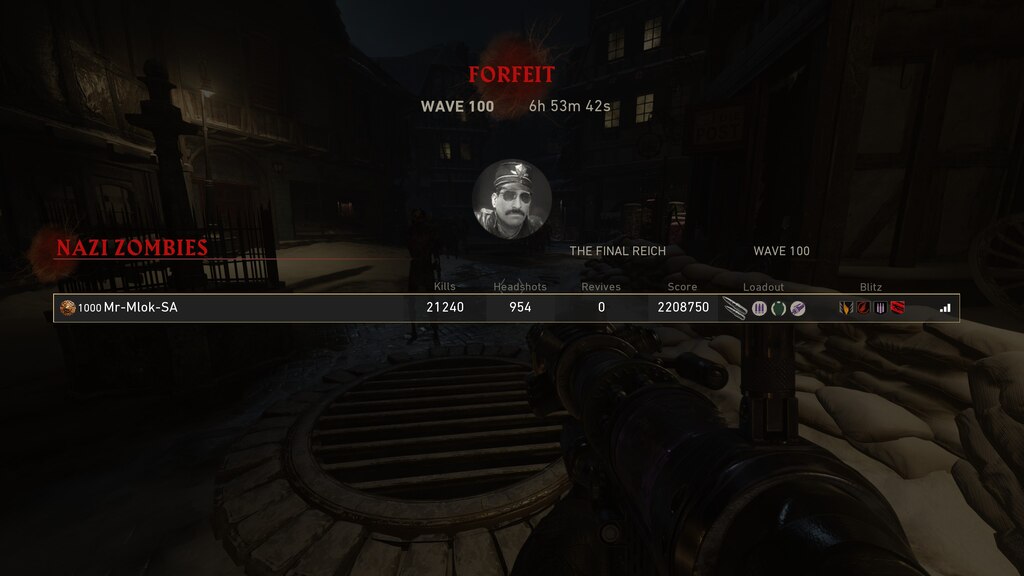 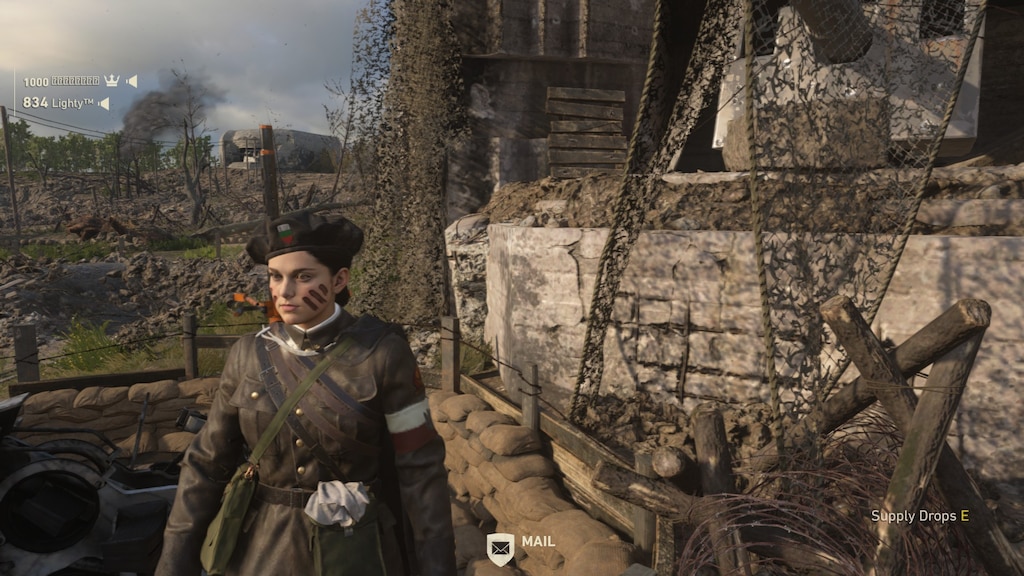 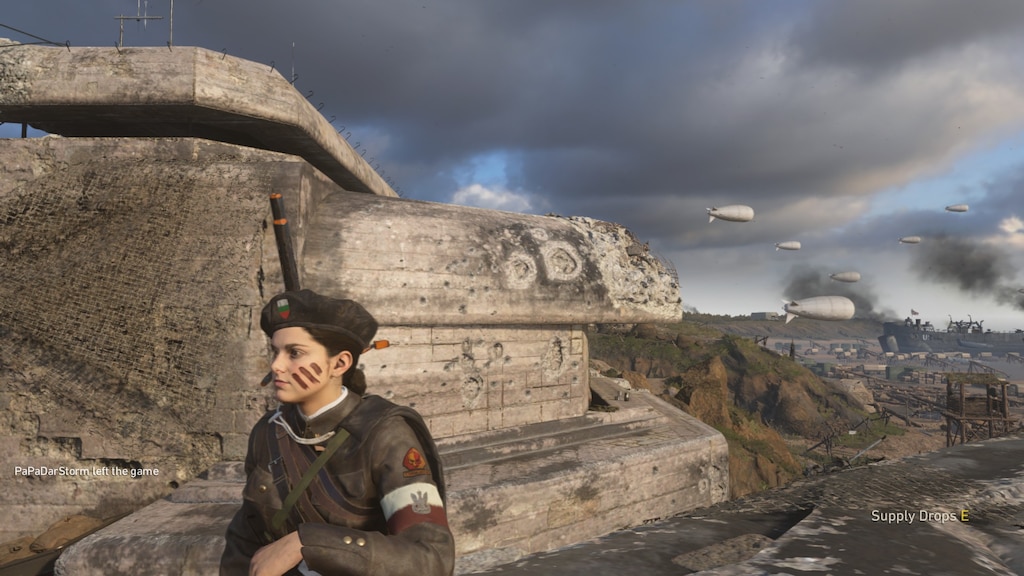 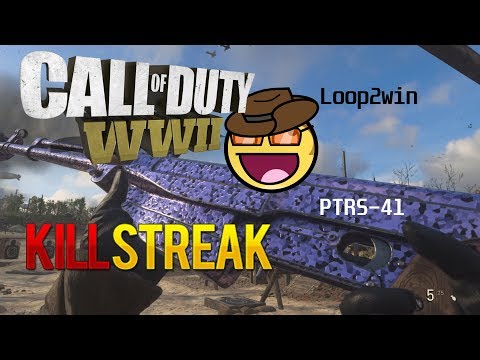 loop2win
View videos
idk how to do this!
i need help im trying to do tortured path on nazi zombies cod ww2 but it says at the bottom this playlist requires a map pack that you do not have. you can download map packs from steam and i look on steam but cant find it and idk what to do can someone help me please :(...
10

LeRoi
Jan 12 @ 8:13pm
General Discussions
I can't play the game without resetting my progress?
Fetching Online Profile, "Your data is corrupt, or didn't download properly. You must reset your rank and unlocks to continue." What the hell?

Glitch
Jan 10 @ 2:21pm
General Discussions
Online working?
Is still online working??? because when i press to play online is not getting connected
41

Recommended
17.8 hrs on record
Started playing on pc after playing on ps4 and it's my favorite call of duty game and very recommend!