You’re a state-installed landlord in a totalitarian country. Place listening devices, steal and sneak into your tenants’ apartments. Use what you uncovered to report anyone capable of plotting against the state. You MUST! But WILL you?
$9.99
Visit the Store Page
Most popular community and official content for the past week.  (?)
Indie Cup Sale
Oct 7
Citizens of the Great Union!

We are happy to announce that Beholder is participating in Indie Cup Celebration.

Indie Cup is the largest independent game developers competition in Eastern Europe. The biannual event hosts hundreds of upcoming titles, spotlighting new projects by emerging indie teams and established developers. In honor of the event we are announcing sale!

From today until October 11, Beholder will be available at a 85% discount, and the Blissul Sleep DLC at a 70% discount!

Stay tuned: join our server on Discord[discord.gg], follow us on Twitter, and don't forget to add Beholder 3 to your wishlist!

Beholder
52
1
Can not open on the Macbook with M1 ?
After buying this game, I opened it for one time and exited. But I can not open the game about 10 minutes later. I have re-download the game and re-started my mac. It's not work.
3 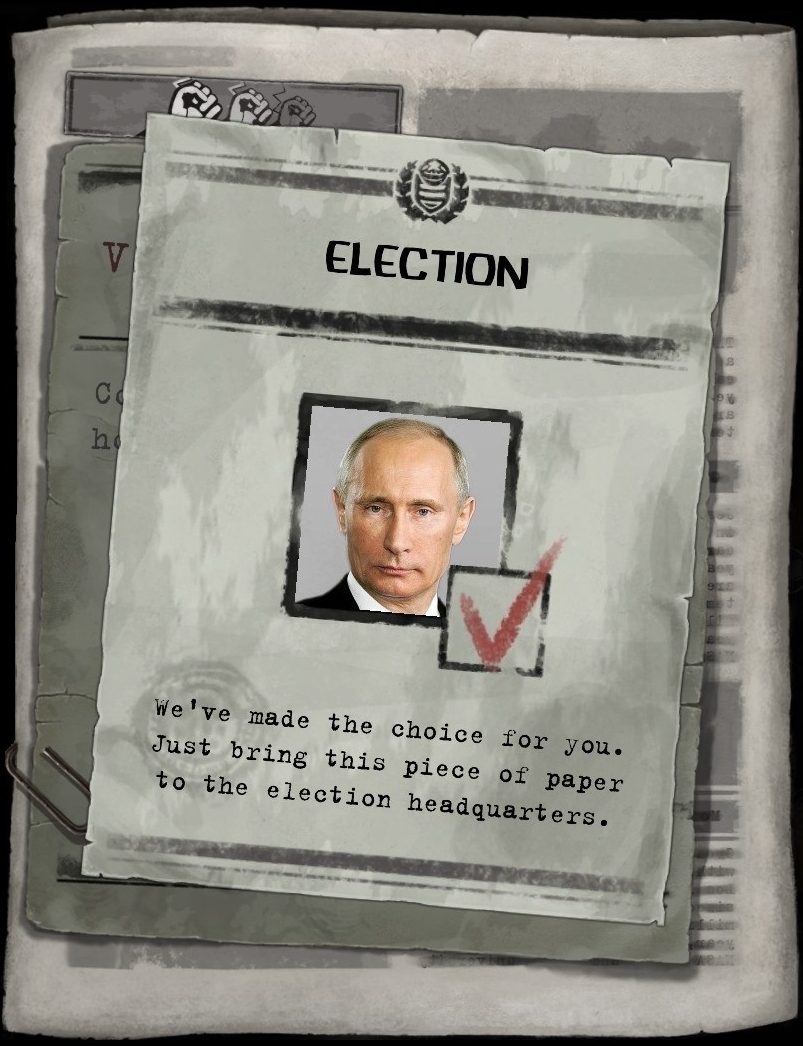 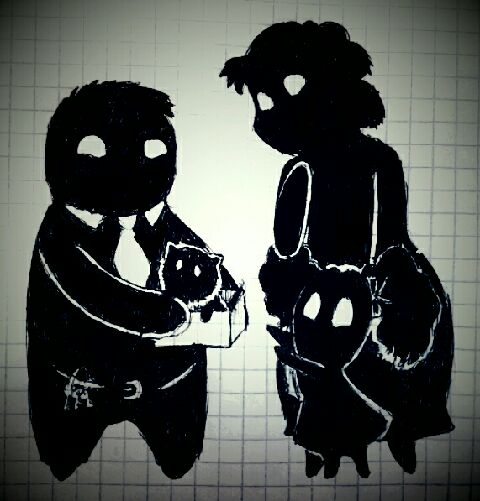 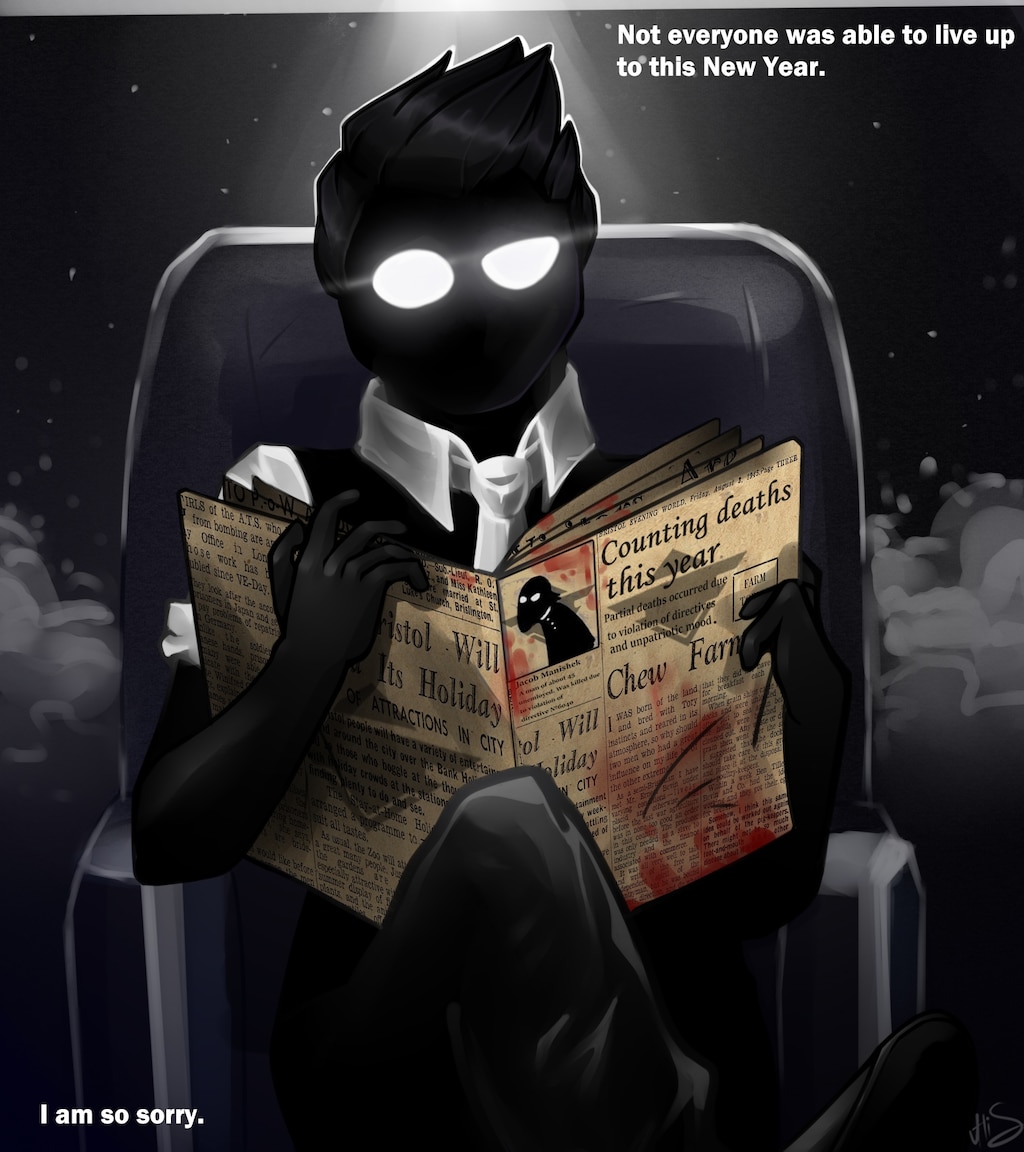 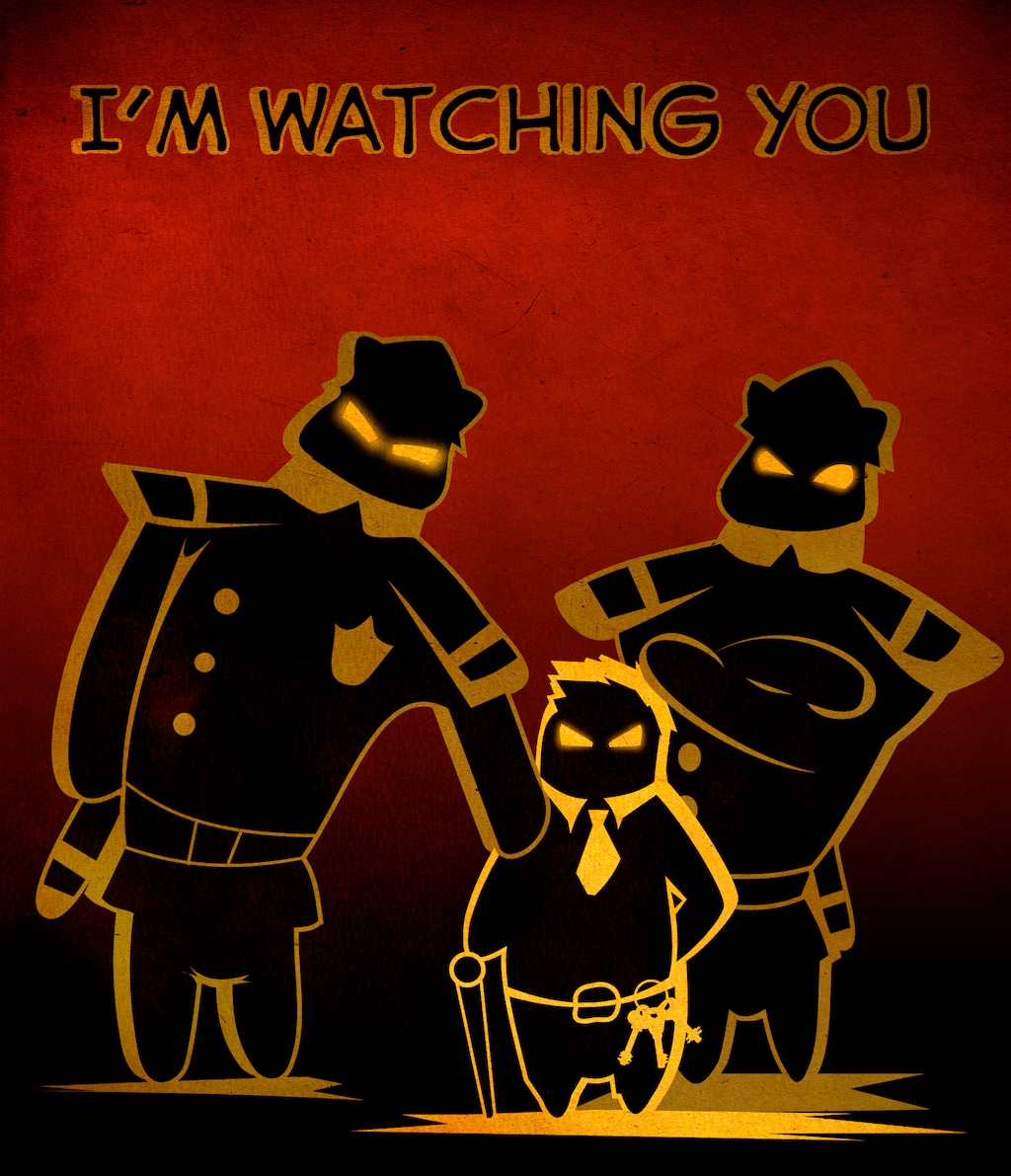 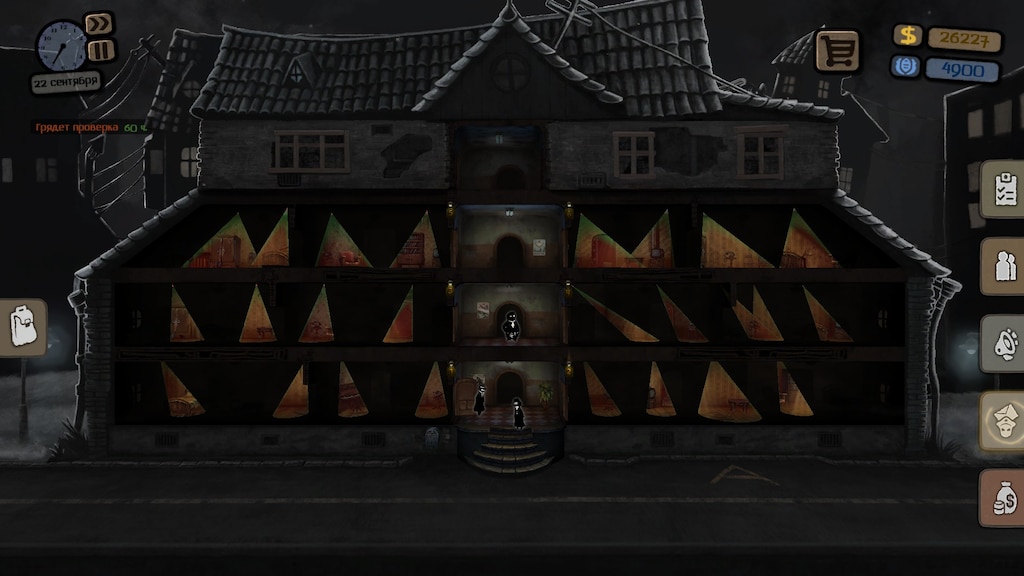 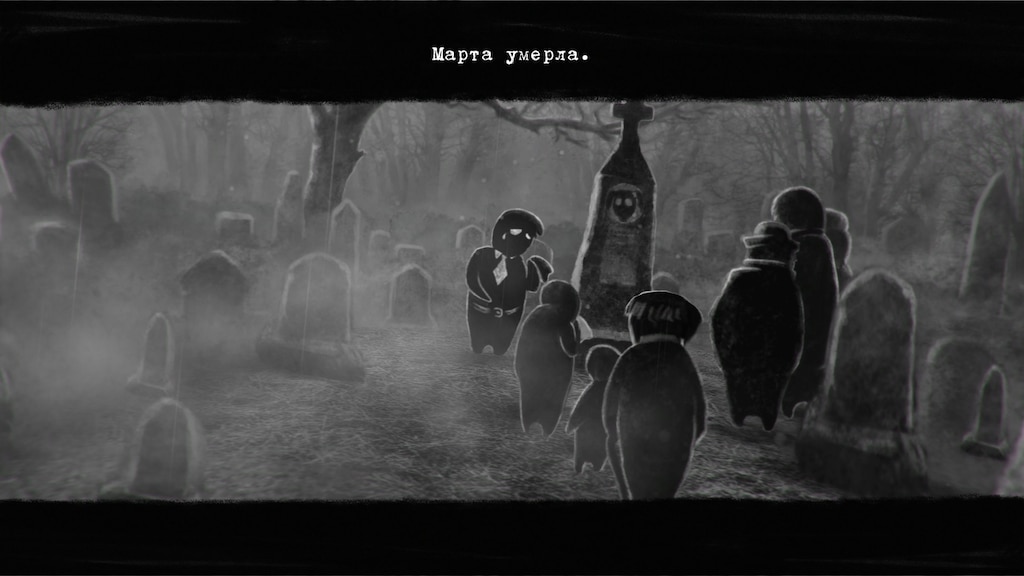 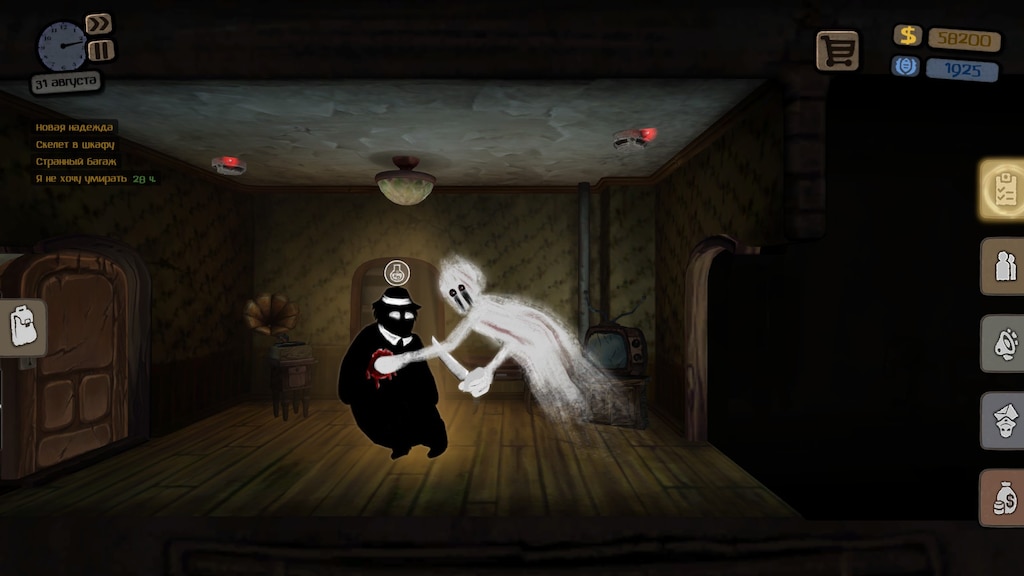 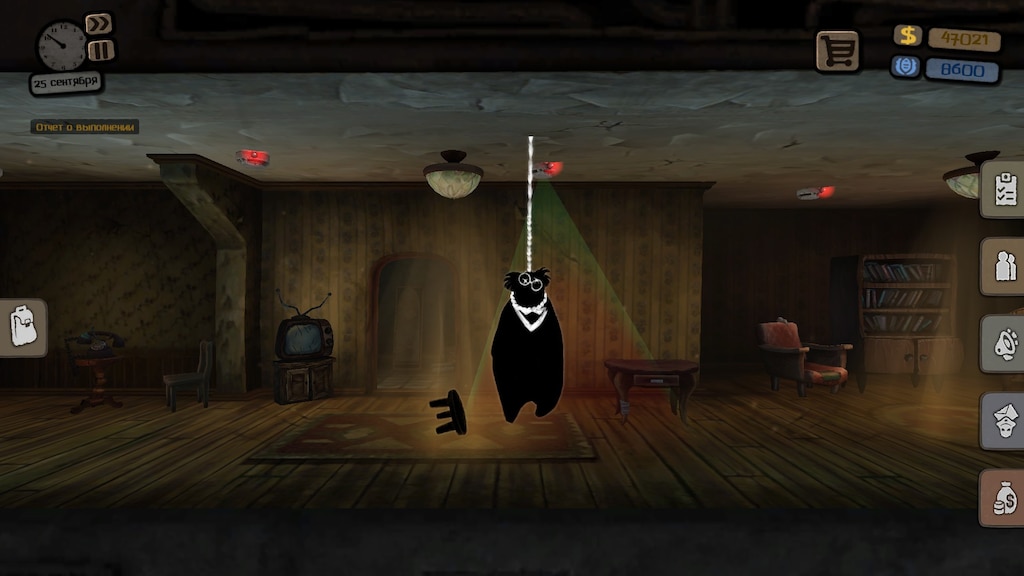 Recommended
36.1 hrs on record
This game saved my life.

My ex-wife, Carolyn, and I have a son named Ivan together, and adopted our daughter Susan. They are now both 4 and 6 years old respectively, more or less..

When we were going through our separation, I found myself lost and miserable. She took them to Canada, and then China a few months later. I was self destructive. Like one of those weird red buttons you see in movies. I got so mad one day from everything spiraling out of my control that I punched some drywall, Kyle-style, in a moment of overwhelming emotion. That caused me to break my 5th metacarpal in my left hand... my working hand... my games hand.. the hand that I held and carried my children to bed with.. The hand I desperately needed to make sure I could continue to provide.

After learning of the severity of my self-inflicted damage, I was borderline suicidal. Like, not BPD suicidal, I know it's short for "borderline personality disorder" but I don't mean BPD suicideal. Keep in mind that just a few months before this, I was the happiest man with no history of depression or anxiety. I was like your average Joe (and admittedly Goldberg, I've been told I'm kinda stalkery). I have never had fits of rage, or been one to break down and cry, but I was in a low spot that just really buried me from being able to see the light on the other side.

Having nothing better to do, I searched for a game I could play, ONE HANDED while I recovered. Y'know. Like Candy Crush or something. I somehow stumbled upon this game and read some of the reviews. I decided that it had to be worth a shot... I mean, I always wanted to be a landlord but I'm not smart enough for it.

I must admit, I didn't beat the game, or play nearly as long as some of you. In fact, I may have only played this game for seven or eight hours. With that being said, after doing so, I had a new found joy and hope for life. I wasn't able to put behind me the pain and suffering that had been cast over me entirely; I mean, I had to choose who to save and who to sell out, after all. But I was able to experience other people's... well, not joy and happiness, but enjoyment. I was able to see the fruits of my "labor". I relaxed for 5 minutes to this music long enough to realize that I was going to be okay.

Now it's the town anthem in my Animal Crossing game.

After coming to that realization, I turned the game off, and I went back to work at ShopRite. It hurt my hand like hell but I was motivated. I stopped feeling so damn sorry for myself, and I became the man I needed to be in that moment, not the weak boy I was behaving as.

Today, I am close friend with my kids mother. We don't fight, or argue, or say hurtful things to each other. We are parents, and friends. I've taken a lover across the warehouse, and we talk politics and film now and then.

I now have 3 kids. My third child will be named Beholder, in homage to the upcoming release of Beholder 3. The woman I am with was going through a very similar situation at the time of my own separation, and we just stumbled in to each others life unexpectedly. We have been in a relationship for some months now, and are very happy together.

Moral of the story, you never know what life holds in store for you, and if I would have given up when all the odds were stacked against me, I wouldn't be where I am today. This painful little game helped me realize that.

k4rnaj1k
Mar 18 @ 2:52am
General Discussions
No one has rated this review as helpful yet

Recommended
11.2 hrs on record
I am crying because of the fate of Yakov Manishek =(