Uncover secrets of past lives in this story-rich, tactical roleplaying game set in Sigil, a dark fantasy city at the heart of the Dungeons & Dragons multiverse. Explore the planes, survive combat alongside a party of bizarre companions, and solve puzzles unlike any ever seen in the genre.
-50%
$19.99
$9.99
Visit the Store Page
Most popular community and official content for the past week.  (?)
Official interview with the lead writer/designer is gone — why?
It seems that Beamdog has recently removed one of its videos featuring a lengthy interview with Chris Avellone about the game, and the enhanced version in particular. I stumbled upon it very recently and haven't had an opportunity to watch it, and now it's gone — which is a huge shame, because it seemed like a little treasure trove of trivia about the game. Here is the dead link: https://www.youtube.com/watch?v=y_G0HHLtxBQ Any official comment on why it was necessary to take it down, and is ther...
9

Planescape: Torment - Gameplay Basics / Hints & Tips / Spoiler-Free
Planescape: Torment is one of the best CRPG's ever created and is a game truly worth your time, however, there are sides to this game that are not very intuitive and deserving of an explanation. It will also provide some helpful hints and tips for new and ...
342 ratings 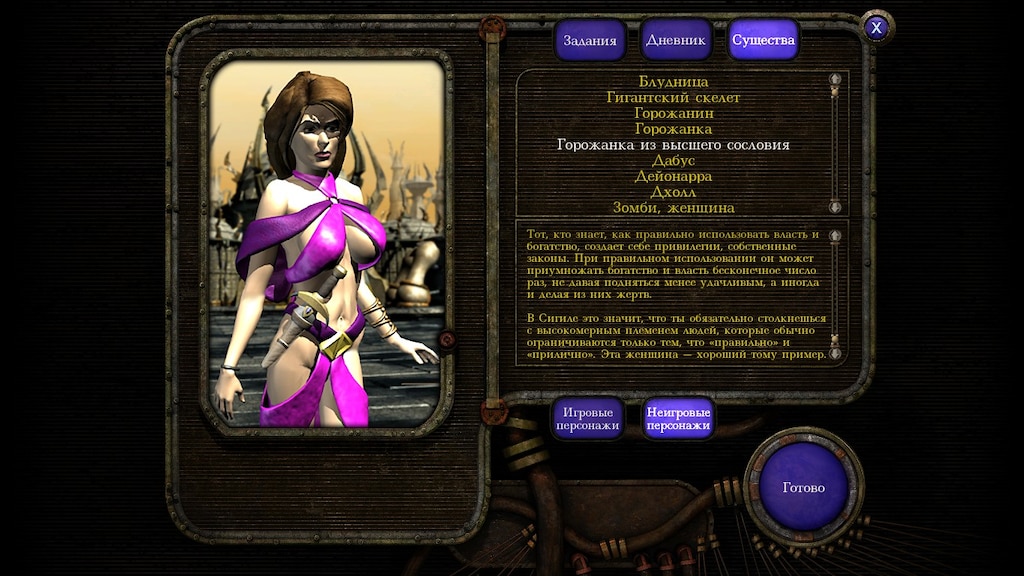 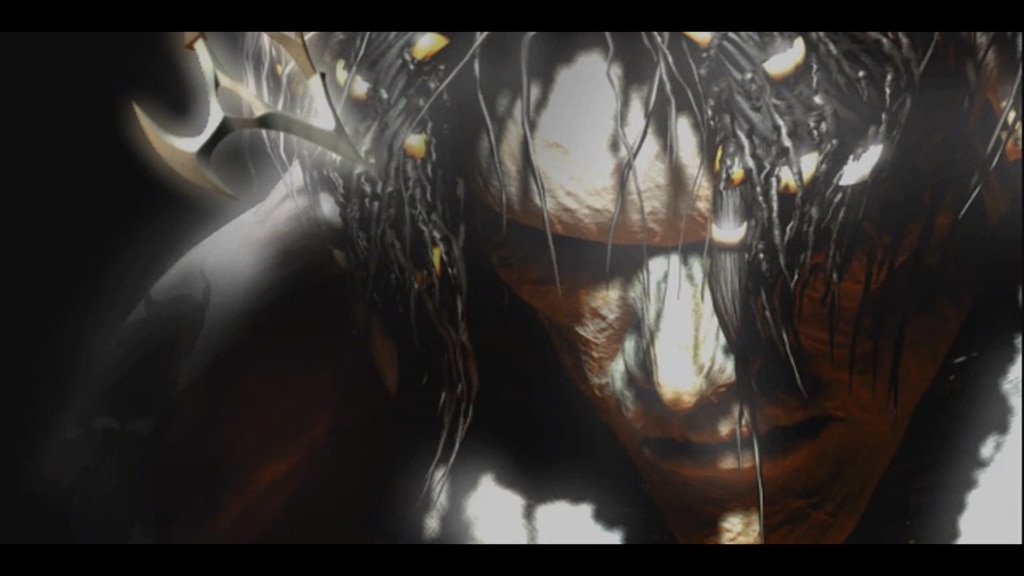 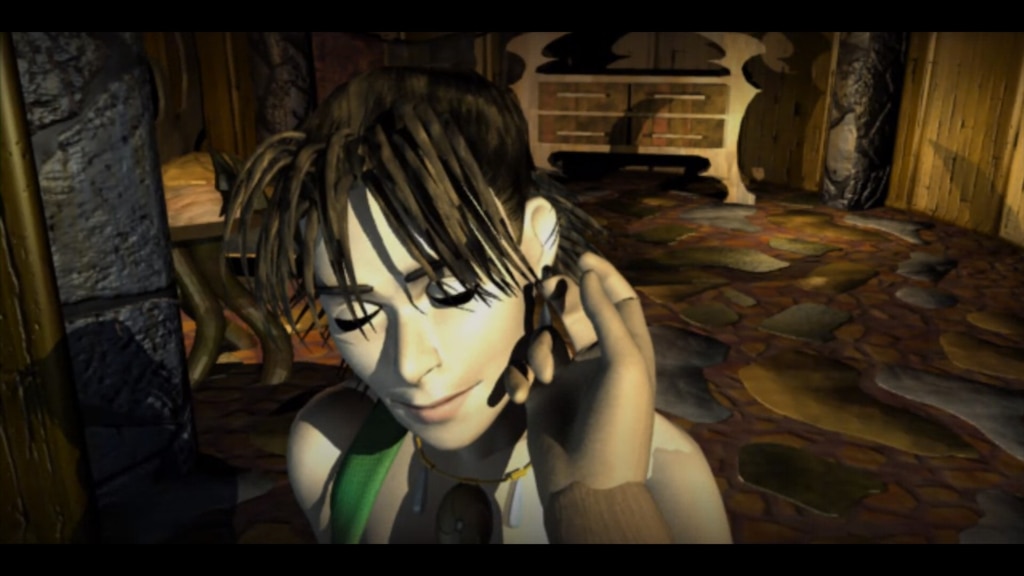 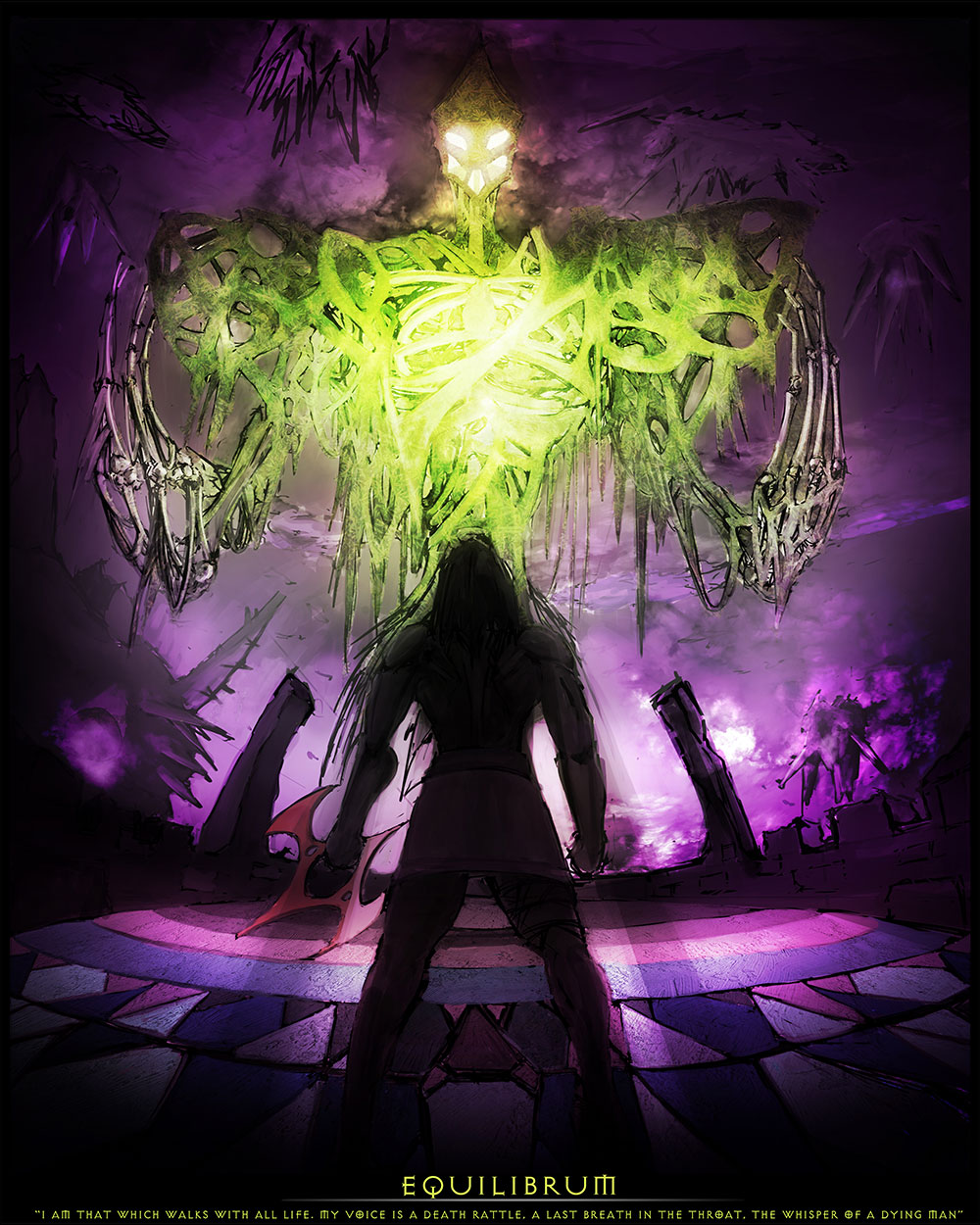 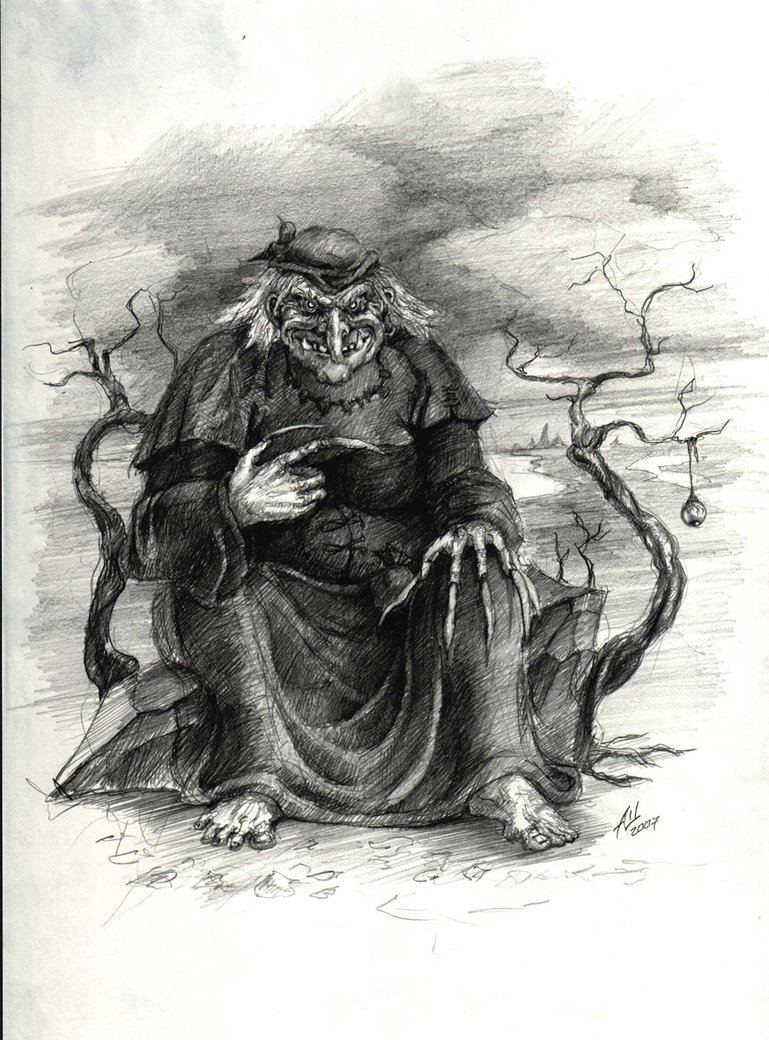 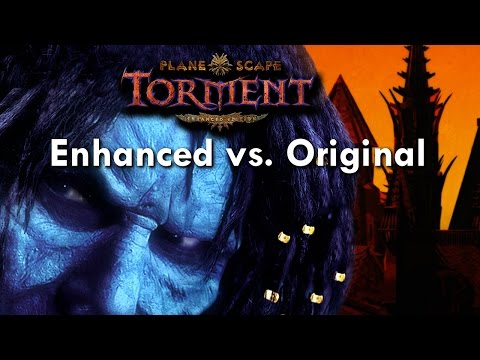 0
4
PLANESCAPE: TORMENT ENHANCED EDITION | Enhanced vs. Original (Side by Side) Top 5 Improvements 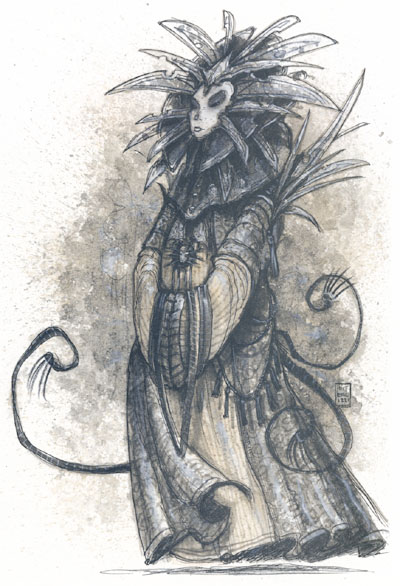 Recommended
98.5 hrs on record
What is Planescape: Torment ?

Well the answer to that is actually a lot harder than you might think, because deep down this is so much more than a game and to many of us, it might even just be pure art.

This "game" piece of art, comes from the golden age of DnD cRPG´s and it does have many similar traits to other games in the same genre, like ie Baldur´s Gate. What sets Planescape: Torment aside, is not just the fact this is set in the Planescape Campaign universe, but rather the story, actions and consequences, not to forget the deeply philosophical themes featured. The Dark setting, suits this perfectly and adds to the immersion of the entire game.

As you might notice from the storepage, this story revolves around "you" The Nameless One, whom wakes up in the morgue, with a body full of scars and tattoos, and without any memories. The start of your journey might seem unoriginal and cliche, but once you dive in, you will quickly understand, that this is not just your avarage story.

In many ways, this is a complex story about various philosophical themes and what the very essence of mortality might be and while combat is in the game, this is not the focus! The focus is on the story, the actions and your choices! You will be captured by the brilliant writing, that in many regards could just be poetry. The Characters, not just the companions in this game is deep and you urge to know more about them, even some of the many sidequest in this game, will make you hooked and lust for more information about this vast setting and its secrets.

Below I will give a short rundown of stuff like gameplay, audio, etc.

Apart from the brilliant story focus and rich text contents (This game have around 950k words in it!!) You have the classic yet nostalgic late 90´s Isometric perspective from the Infinity Engine. It is based around 2nd edition ruleset and does have your avarage RTwP gameplay.
Combat can be fun enough, atleast for me, but as I wrote earlier the story, the actions and consequences are where you really get the brilliance. In combat you are able to pause and set commands, just like any other game from this era and I personally find magic rewarding, but this is a matter of personal preference. It is easy to change weapons, look at your journal and so forth.

You have a alignment system in the game as well and you start out as True Neutral, based on how you act in the game, this might change! So if you do something "Evil" and do it enough time, eventually you will drift towards this alignment, it makes choices feel more fluid for me. There are plenty of unique items in the game as well, but as I said! the main focus is not on the "action" but the story.

I personally love the audio in this game, the soundtracks are some of the best made in my opinion and while it might be nostalgia playing a trick on my mind, I still get tears down my cheek with certain soundtracks (don´t worry no spoiler here) The city ambiance is great as well, atleast if you take into account this is game from 99´ that is just enhanced!.
You will not encounter alot of voice acting, albeit there is a bit.

This is not important at all, but for its time, I think it is nicely crafted and you do feel immersed into the world, the spells are actually one of the best visuals of this era! (compared to similar games) and the dark setting, is drawn perfectly.

I just want to note, that the companions in PS:T are one of the best ever made and you will care about their story, who they are! Most of them are still remembered to this day by many gamers and they will without trouble tell you what they are about, while this can be set about most cRPG´s from this time, I still think these are among the best of all time.

As I wrote earlier, this is were this game shines! It is pure poetry, that pounders some deep philosphical thems and the knowledge you can gain about the universe is vast! You can in many places ask and learn about the world. This does not even have to be from a quest, there are several characters, that will give you detailed information about the world, both wide and narrow in their nature.. You will also engange in plenty of as I said before, philosophical natured thought.

I will not go to much into detail about the story, because this really is something you need to exprience, one thing is certain however, if you dislike reading alot, this is not the game for you, if you do!! Then this is a pure masterpiece. This game contains as I wrote earlier over 950k words!! and not just simplistic filler quest and stuff, no plenty of deeply complex writing.

The story is not about saving the world or controlling it, it is not even about becoming powerful (you will become that, without to much spoiler, one might even argue that you are that from the get go) No this is a story about being human and what this entails.. This might seem simple, but this might actually be the hardets question of them all... What is humanity? What is mortality? What makes you a person? all these and many more questions... This is a journey about life itself...

One of the most famous quotes from this game is

What can change the nature of a man?

While I don´t want to spoil you or give you to much detail other than this, I almost dare say that for me "in the real world" the answer to this was, playing Planescape: Torment ! That is how powerful this piece of art is, again one might argue if this is not even a game, but just that... a piece of art. 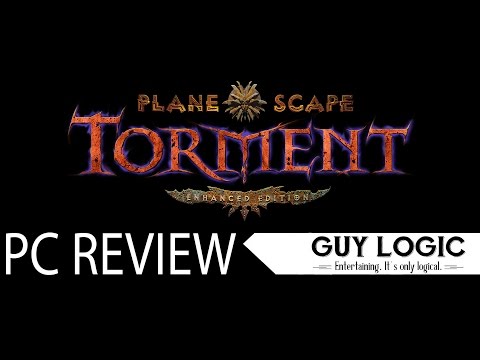 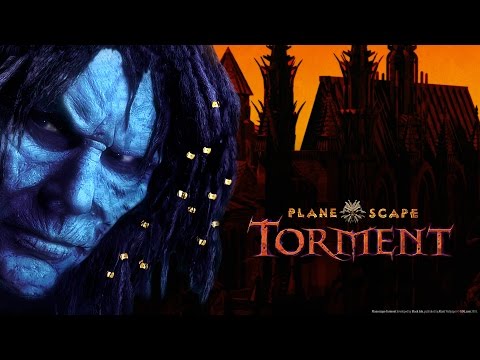 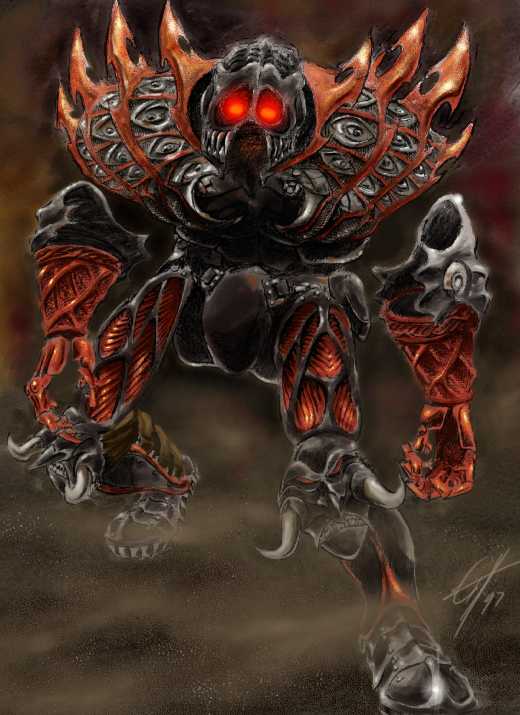 Recommended
123.3 hrs on record
One of the best protagonists in gaming history. 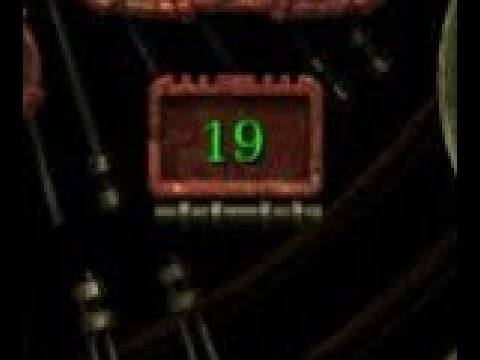 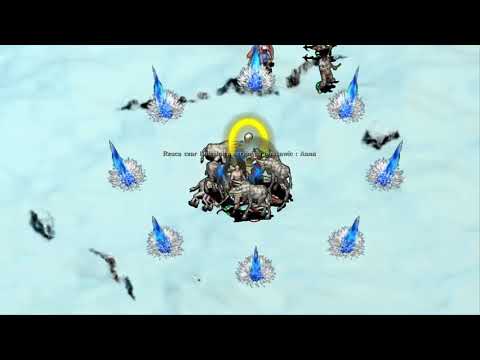 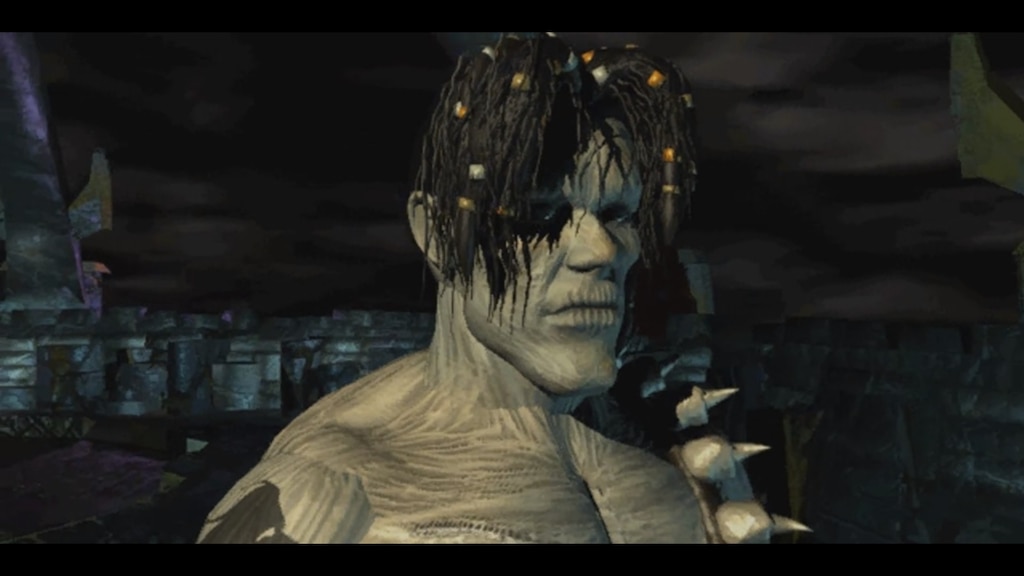 Darkie
View screenshots
Italian translation
The Italian community has learned that "Gli Alggegri Buffoni" have completed the translation. We wonder when you will publish it considering the immense work they have done. Thank you
120

evilgatsu
Jul 1 @ 10:24pm
PST:EE general discussion (spoilers!)
Cobblestone
I don't understand why Planescape: Torment was treated so...ungratefuly, other enhanced editions like Baldur's gate not only got all of their bugs fixed but also got a few bonus quests or items, and PS:T? Beamdog basically put one of the mods of the original game to the new one and called it a day, we did not get a single quest or item, and also there are still bugs and cut content that didn't get neither finished or deleted, like the cobblestone or yemeth's pendant, it was suposed to be a part of the enti...
6

SynSpardy
Jul 6 @ 8:58pm
PST:EE general discussion (spoilers!)
Keeping Benefits While Changing Factions
I have a question about possible faction conflicts. Please, bare with me. I joined the Sensates. Then I joined the Godsmen. It seems I still have the privilege of Sensates membership even though my Bio sheet states I'm a Godsman now. Talking to Splinter gets me into the private room -- still -- where I can finish my quest with Quell and buy delicious beneficial treats from him. I may also use TNO private room within Civic Festhall, where I grow accustomed to dumping my no longer needed quest items. The...
5

CivMeister
Jun 14 @ 10:28am
PST:EE general discussion (spoilers!)
Unable to get Legacy 51-AA
I've been stuck for a while, so I looked up what to do. I have the dodecahedron, I have read all of it, but I found nothing about a Legacy, and I can't ask about it from the advocate. I'm guessing this is bugged, because multiple references say I should find a number from the dodecahedron. I can't pickpocket the item from the Godsman, so I guess my only choice is to kill him....
7