Deceit tests your instincts at trust and deception in an action-filled, multiplayer first-person shooter. You wake up in unknown surroundings to the sound of the Game Master’s unfamiliar voice, surrounded by five others. A third of your group have been infected with a virus, but who will escape?
Visit the Store Page
Most popular community and official content for the past week.  (?)
Patch Notes - 14.05.2020
May 14
New Cosmetics
Several new cosmetics have been added to the store to be purchased with GM credits, or won as rewards in the loot booth. Including... 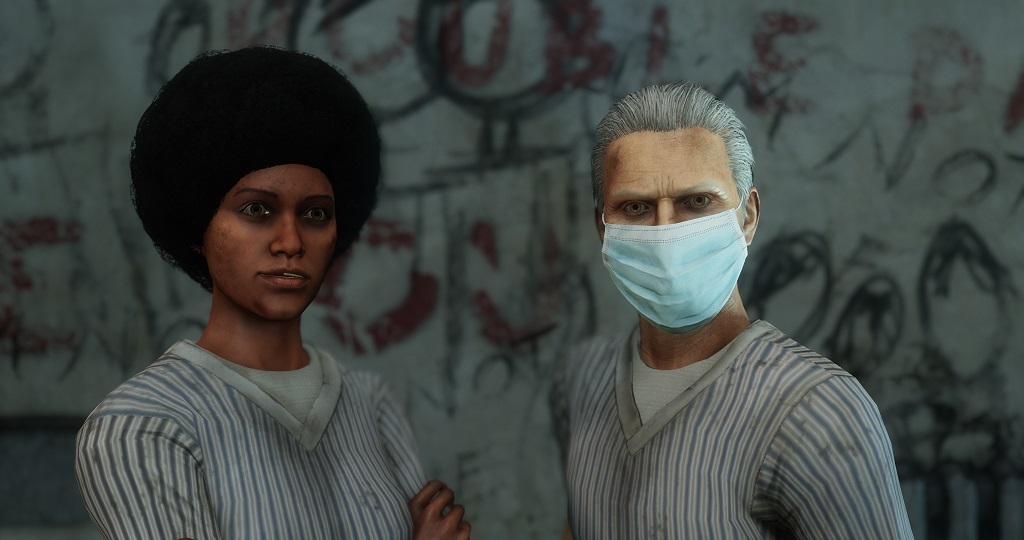 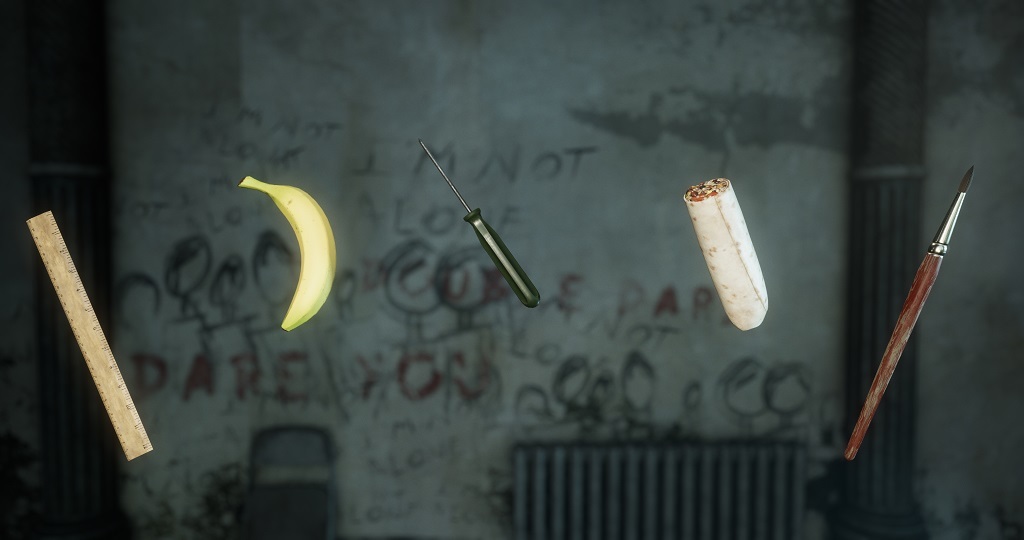 General
Bug Fixes
Engine & Performance Update - BETA
Over the past few weeks we've been beta testing our game engine update with our community in Discord. Updating our game engine brings several benefits including improved performance, DX12 and better development tools for us. These tests have been invaluable in getting us closer to the finish line and we couldn't do it without you, the community. As a thank you, everyone who has participated in our beta tests so far will find a new emblem on their account. We'll be running more beta tests in the near future, to get involved keep an eye on #game-announcements in our Discord[discord.com]!


See you in-game!
The Baseline Team 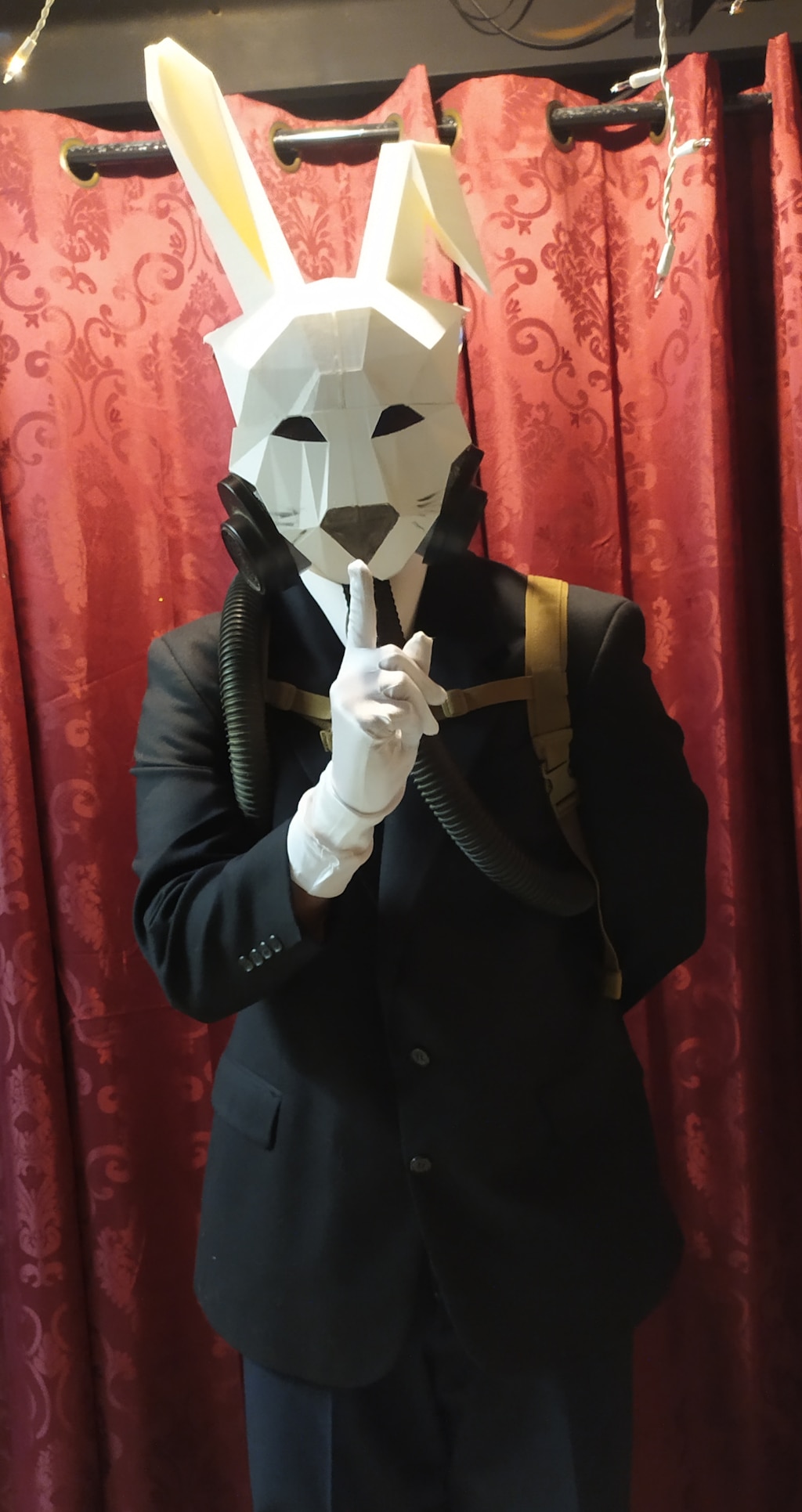 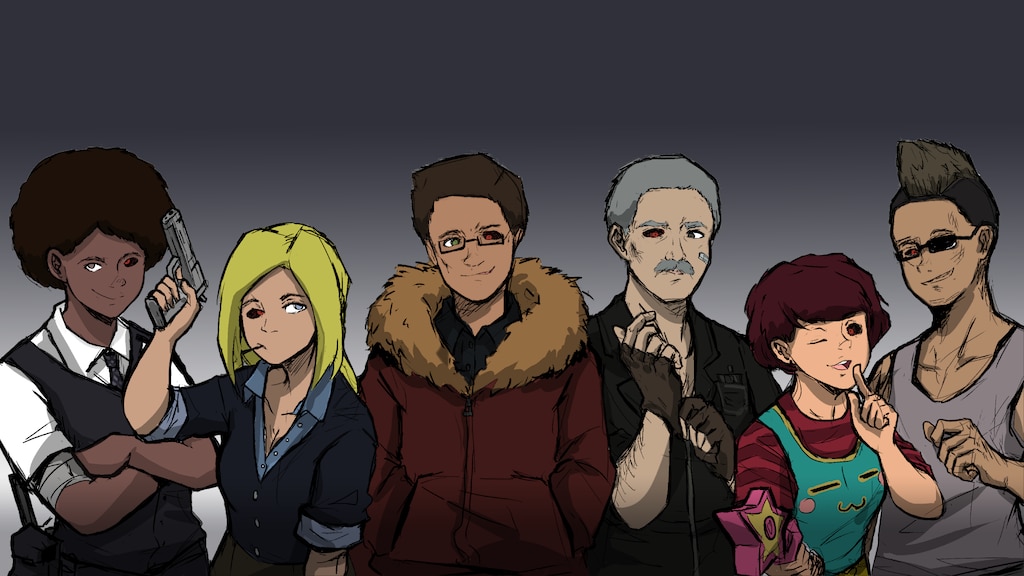 6
52
Deceit Tutorial - Who Has The Antidote? 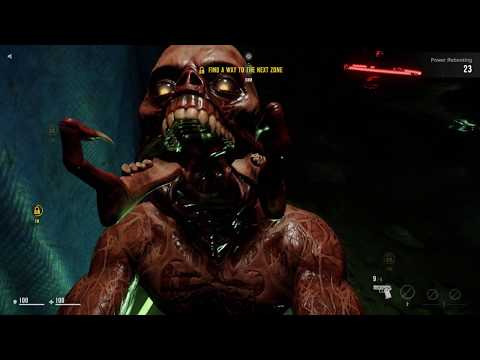 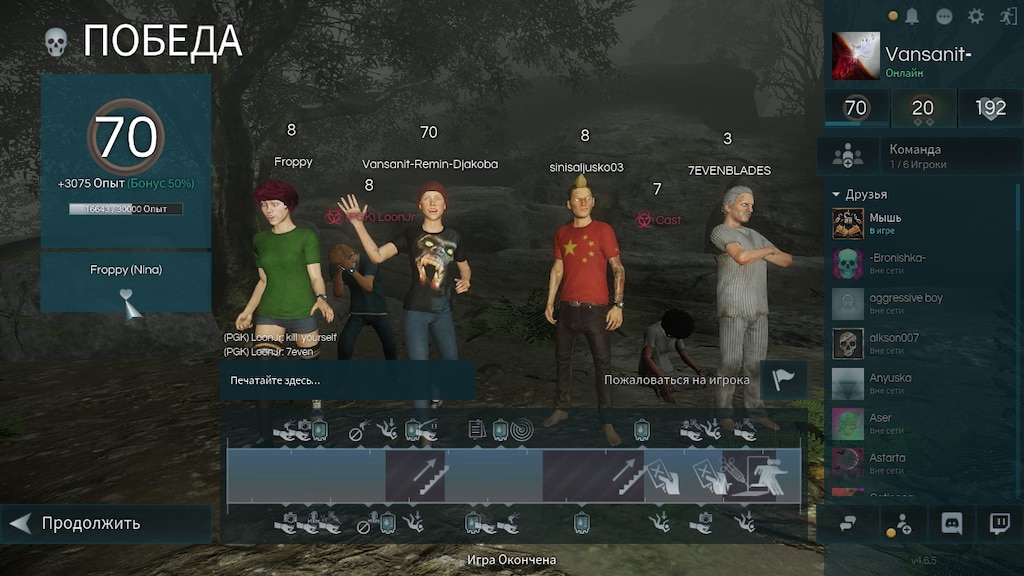 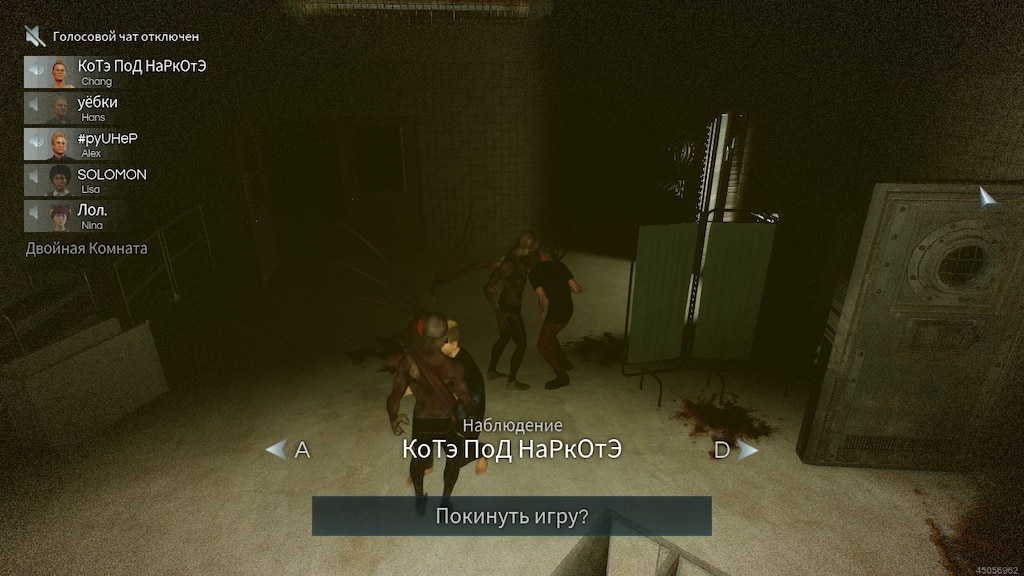 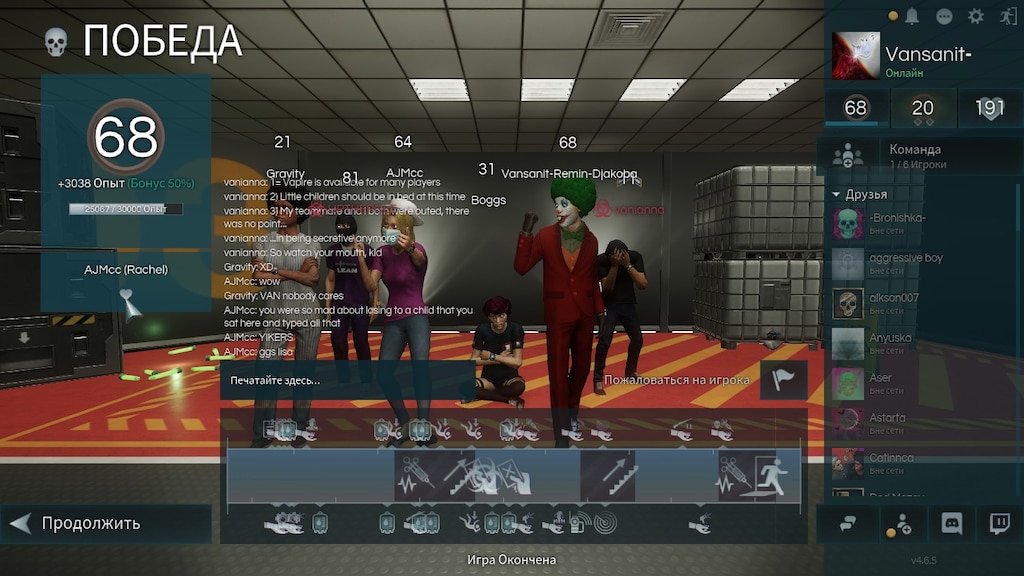 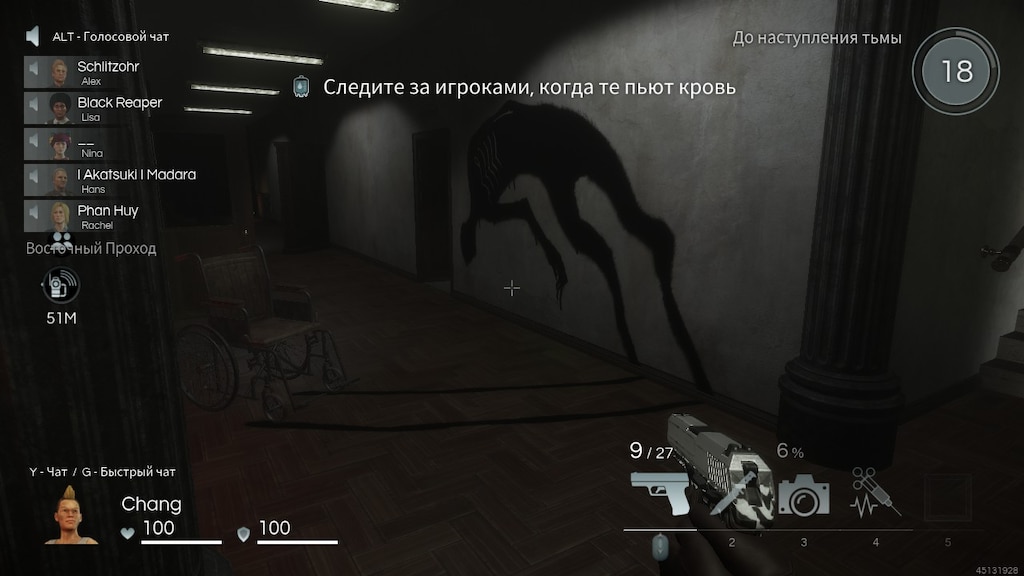 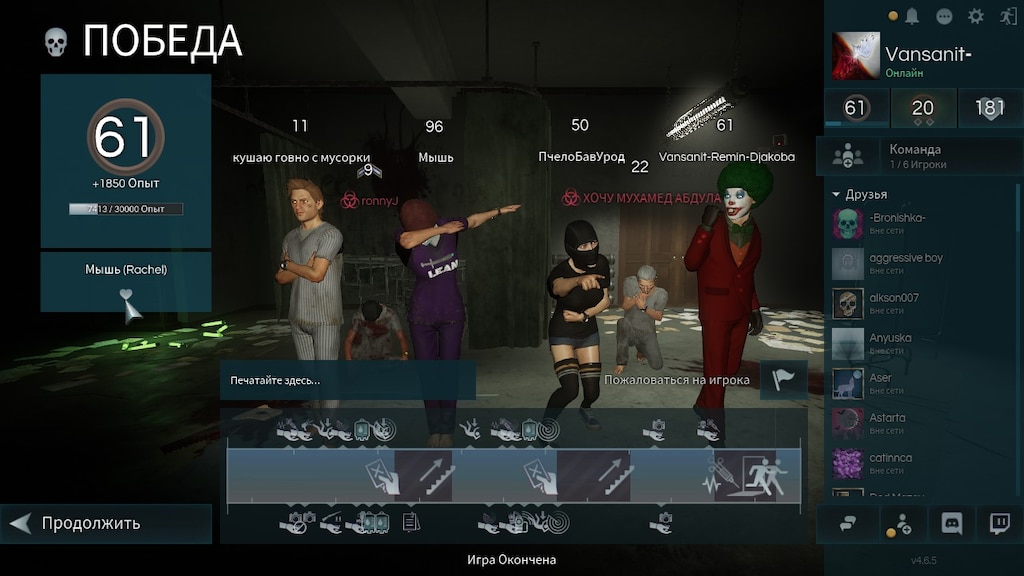 Not Recommended
7.2 hrs on record
Deceit is an amazing concept, deceiving others (get it?), using a variety of devices to figure out who you can trust, getting betrayed by good liars, fighting off infected or picking off innocents, it all sounds and looks really really fun.
And if you have a group of 5 other friends, its incredibly true! However, if you plan to play it solo, don't bother, let me explain why.

I've personally mainly played with my group of friends, and it's been an insane amount of fun, picking out the liars, playing all the mind games and all that. However, the solo queue is a solid mess. You will be instantly voted out as soon as you spawn (even if you're innocent, haven't moved yet), almost no one communicates at all, voice or chat. The ones that do, well, its in every other language other than English. You can also get paired up against two people voice chatting. Is your fellow infected team mate voice chatting with an innocent? Tough luck, you got voted out because he ratted you out.

The game while fun also lacks a bit of variety, featuring only 3 maps, you can play in them so much before getting bored (with the main form of entertainment being the differences in matches more so than maps). Innocents get around 7-8 gadgets they can acquire, which are quite a solid number, but a few extra wouldn't be too bad. Character customization is quite non existent unless you pay money for clothing/ and or skins, but that is understandable from a free game. (keep in mind, you can grind for cosmetics, but at a rate of 3-4 coins per mission (a couple of objectives that take a few games to complete usually) whilst items go for 300-500 coins. It's a bit of a long grind for that shiny knife skin).

It also has a few bugs/crashing issues, nothing too prevalent, but it for example can crash every 4-5 games randomly (I play on a higher end PC, so definitly not that), or just randomly freeze for a good 10-15 seconds (doesn't sound like much, but during clutch moments as an infected or innocent, it basically forces you to loose games).

I honestly haven't bothered with ranked, but it seems to be locked behind a pay wall (where you have to buy multiple cosmetics, which are a massive grind as i mentioned above).

Overall, its a fun concept and a fun game if you're playing with friends, especially fun during quarantine times. If you have a group of 6 that have time to log on to play frequently, by all means give it a try it's definitely lots of fun, obviously without expecting allot of variety of course. However, if you plan to solo queue, then sadly I don't think this is for you.

Recommended
18.3 hrs on record
10/10. very fun game. it gave me trust issues. the most fun to play with friends! 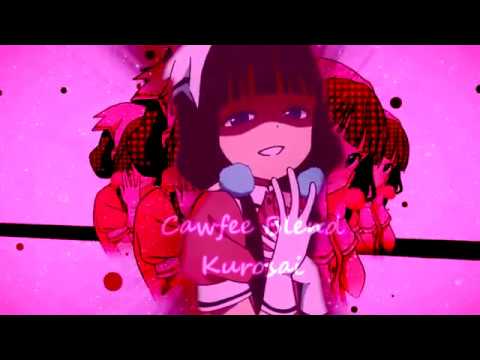 How to move in Deceit:
Use the keys: W- to move forward A- to move left S- to move backwards D- to move right Thanks for reading my guide, this game means so much to me as I can practice lying to my fake wife. +rep on profile is always appreciated! ~Lucífer
6

Lucífer
View all guides
Tokens purchase failed
Hi there, I purchased a 55 tokens pack. My money is gone, but i didn't get the tokens. Is there a way I can get my tokens, or my money back? I payed with paypal, and my paypall says that i payed. cheers, Martijnwe
2 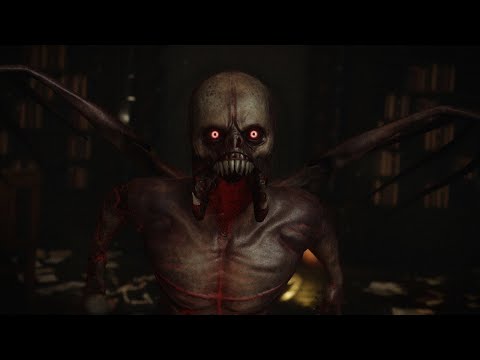 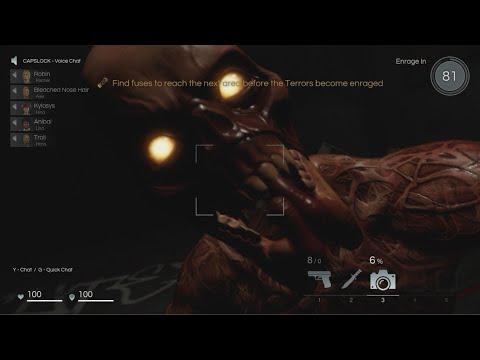 Yuri Dick
View videos
Patch Notes - 23.04.2020
Apr 23
End Of The Easter Event
With this update comes the end of the Easter event, thank you to everyone who participated over the past few weeks. Whilst the event has ended, the Easter Shop itself will remain open for business until next Thursday, the 30th of April. During this period players will still be able to use their Easter Tokens and complete their Event Pass challenges to collect some final Easter Points. For those that have some Easter Points left over you will find a new product within the Store that will allow you to convert all of your remaining points for GM Credits. As a quick reminder, after next Thursday all tokens from this event, and previous ones, will be automatically converted to standard tokens.

(Coming Soon!) Engine & Performance Update
Over the last few months we have been working on a massive optimisation and performance update. This includes updating to the very latest CryEngine with 3 years of improvements! We have started beta testing on Discord this week, and are hoping to bring this to release early next month! This update also includes DX12 support.

Community Moderator Ban Access
Over the past week we've been working with our moderation team in order to improve our process of reviewing and handling in-game bans. As a result, starting today, we've implemented the ability for our Senior Moderators to process and review reports against players.

Ranked Season Reset
Along with our update next Thursday we will also be resetting the ranked season. The end of this season will mark the start of our new ranked reward set, crowns. For those that missed our previous announcement, crowns are ranked rewards that can only be worn by those that climbed high up the ladder in the preceding season. Every time the season is reset these crowns will be reallocated, removing them from players who failed to reattain their rank. The crowns and their requirements are as follows: 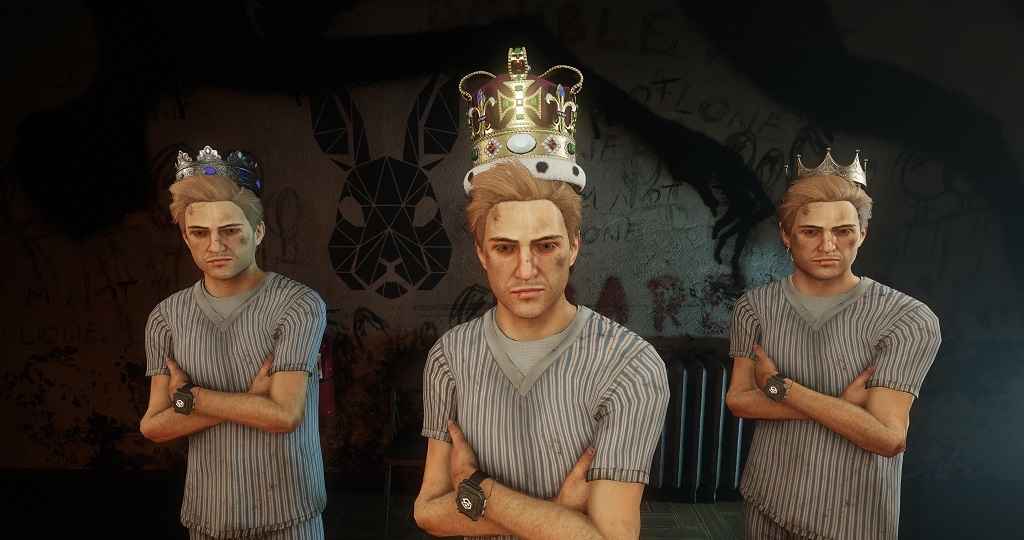 CoRmiX
May 24 @ 4:57am
General Discussions
They need to limit this game to duo and solo
Everytime I get in game there are 3 people or more shooting random people at day one
8

𝕰𝖛𝖊𝖗𝖂𝖎𝖑𝖑
May 23 @ 10:09pm
General Discussions
Does anyone know if the Terror DLC packs ever go on offer?
.
4