Deep under the central desert of Kronus, a vast honeycomb of skull-lined tunnels and funeral chambers house the awakening Necron menace. Eons ago, these were the boulevards and squares of a great necropolis built to house the bones of the races who had fallen to the Necrons, and ultimately were...
$12.99
Visit the Store Page
Most popular community and official content for the past week.  (?)
Guardsmen
Attempting Campaign as Chaos, I see evreryone complain about how op the necrons are, yadda yadda. Honestly have no trouble with Necrons. The Guardsmen however. Guardsmen are ♥♥♥♥ing ridiculous. They outnumber you, out produce you, and outdo Chaos Marines in virtually every way. What's an effective strategy to counter the flashlights?...
8 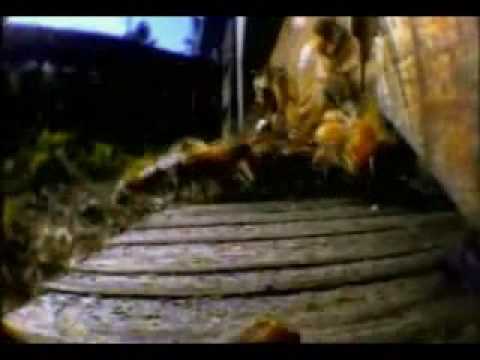 Cookie Salad
View videos
How do I make use of Tau's range?
I always see that the best way to play Tau is using Pathfinders sight range to compensate for the Fire Warriors fire range but how exactly are you supposed to do this? Do you send the Pathfinders as meat shield while Fire Warriors shoot at them? Then wouldn't it be better for Kroots or even Stealthsuits to do the job? And even while my Kroots are getting massacred the Fire Warriors still gets up close to the enemies. I know this is not always the case since my Fire Warriors sometimes do shoot at enemies f...
7 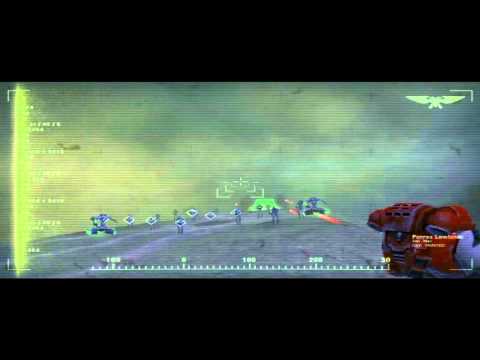 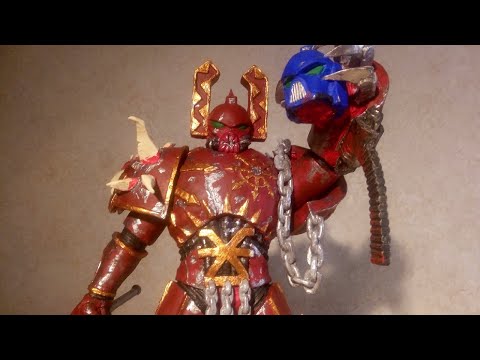 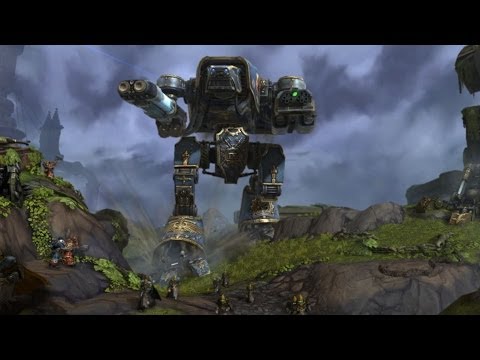 How to Necron
Rush monolith 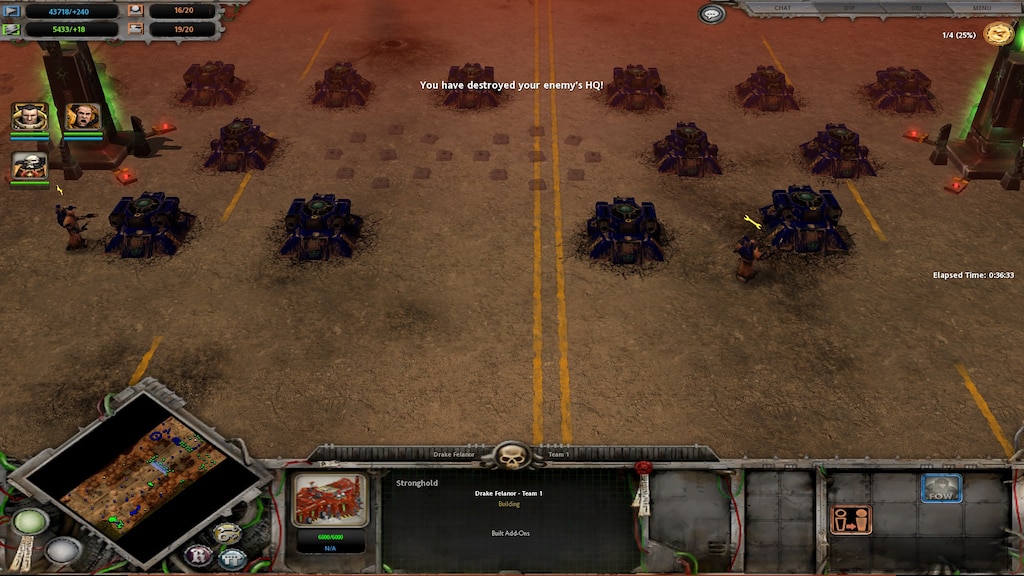 There is a reason Dark Crusade is still one of the most praised and talk about game from the Dawn of War (DoW) series. Sometimes I feel Relic Entertainment should have just started out with this instead of its main game and winter assault just because of the sheer amount of replay value and diversity in its main campaign

Dark Crusade is the third expansion for DoW and I had a blast playing it. I am not especially fond of RTS game, its just not really my cup of tea as I have often prefer strong narrative with gameplay as mentioned in my review of AoE 2 but this game. It got me really hooked. Will not be discussing graphics and sound because it has pretty much not change from my Dawn of War review. At times I almost forget that this game is an expansion and that is a good thing despite no changes in its graphics. The biggest change as mentioned in most reviews is the RISK like battle map once you have chosen your faction.

This initial phase is a pretty cool addition that adds much more strategic thinking. It even feels like RISK at times. You are able to choose a region to attack with your army and everybody has a turn in either attacking or staying put to gather requisition. You can only attack regions that are close to your commander. Each turn always gives you requisition depending on how many regions you have conquered and the requisition can be used to bolster your forces either in defending a region or attacking it head on. Each region gives you certain perks once you start actually getting into combat for example some would give you special units or allow you to attack any region because you have the space port or starting with a large amount of resources to start building your army as soon as possible. Winning a certain way also adds buff to your commander. The game ends if your homebase is destroyed or you manage to conquer all of Lorn V, the planet which this game take’s place.

Once the game past the initial RISK like phase is back to good old DoW. Holding strategic points and fighting your way through and even that Relic Entertainment has managed to make it interesting by adding two more new playable factions, the Tau Empire and the robotic undead like Necron’s. The addition to experience and experiment with all these factions was a great choice allowing you to replay this game multiple times. The Necron’s is absolutely a blast to play with its almost aggressive like playing style. Raising all your dead units back to life because of your commander’s powers is a joy to watch as your enemies scramble to make sense of the carnage. It adds a new level of strategy because dying at the right spot for Necrons and raising them back to life at the right time is downright satisfying. The Tau empire on the other hand feels also unique able to choose either technological advancement units which uses more guerrilla tactics or the you can rely on their numbers with Kroot infantry and their giant dinosaur like creatures.

The campaign story is nothing to shout about and it is the typical Warhammer 40 k stuff. They take a much more backseat approach in story, it’s there if you want to follow into it. The other good thing is the game is well optimized for an old game. Old game always tend to be a hassle to play. In all DoW: Dark Crusade is most definitely worth your time especially if you are into RTS game and with so many factions as well as playing styles. What more can you ask for.

Graphics – 6. the same as DoW
Gameplay and Fun – 8. RISK like phase, 6 different factions to experiment and all feeling different. What more can you ask for
Sound – 5. the same as DoW
Story - 4. Its there if you need it with all the Warhammer 40 k fanfare 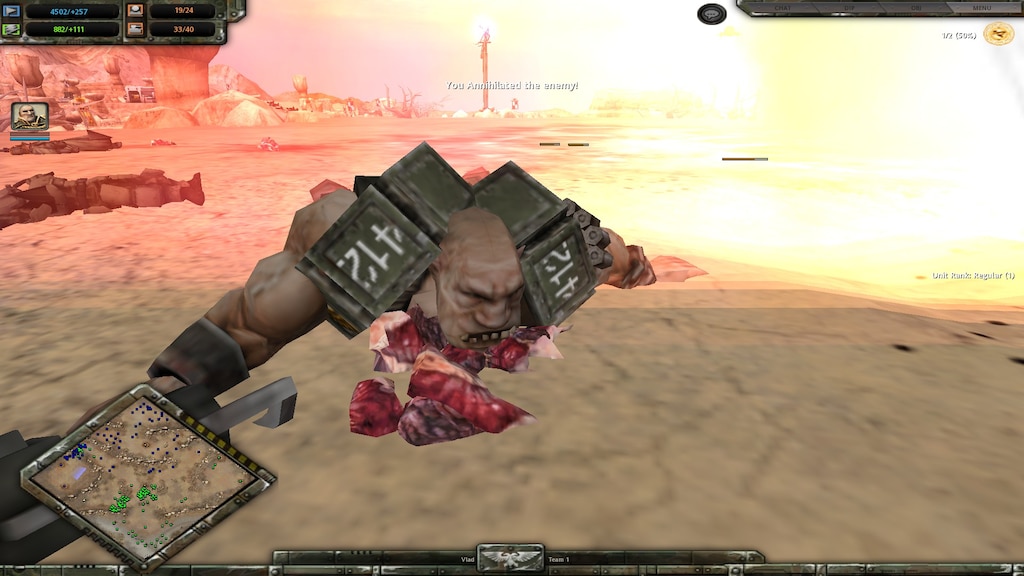 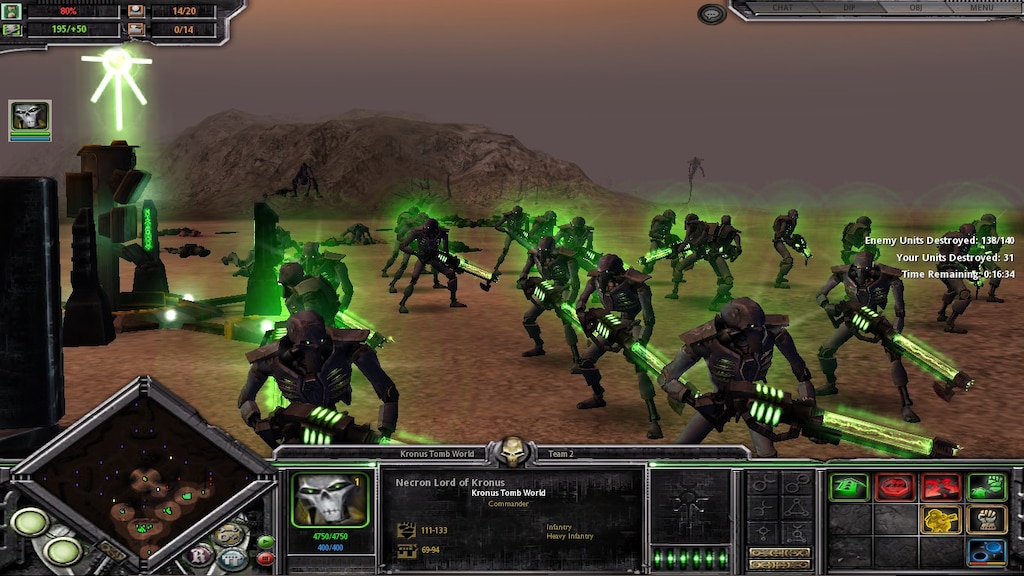 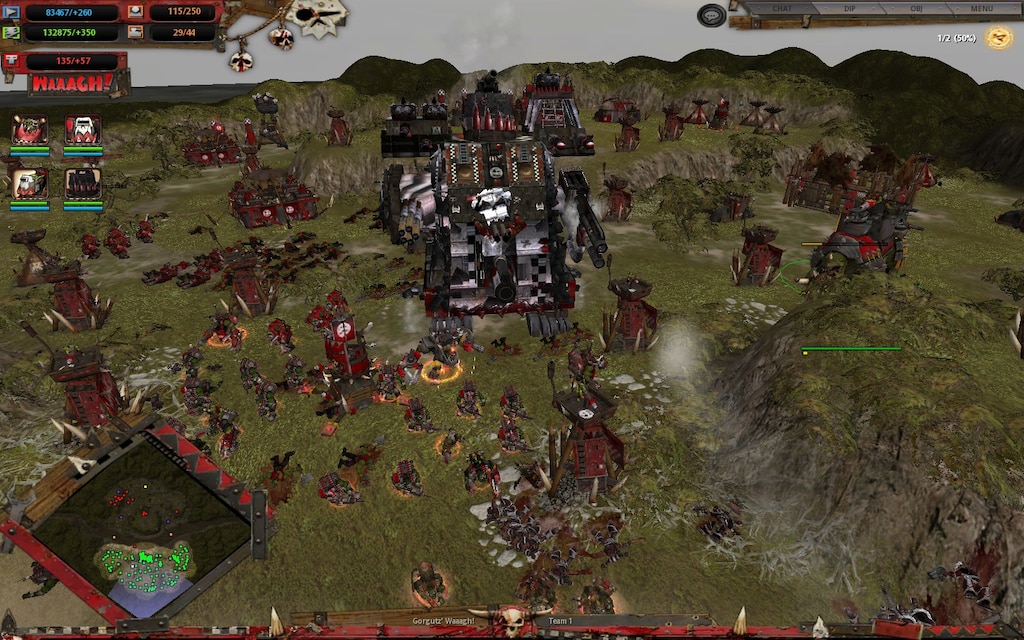 0
0
I really like the model of the garganat in titanium wars, by the looks of it, it's seems that the size are like the same for the great garganat in ultimate apocalypse for soulstorm.

Recommended
20.4 hrs on record
Review only focuses on the negatives.

- Easy difficulty is too easy
- Necrons, Tau, and Eldar are overpowered
- Necrons too slow
- Taldeer dies

Everything else is great. 9/10 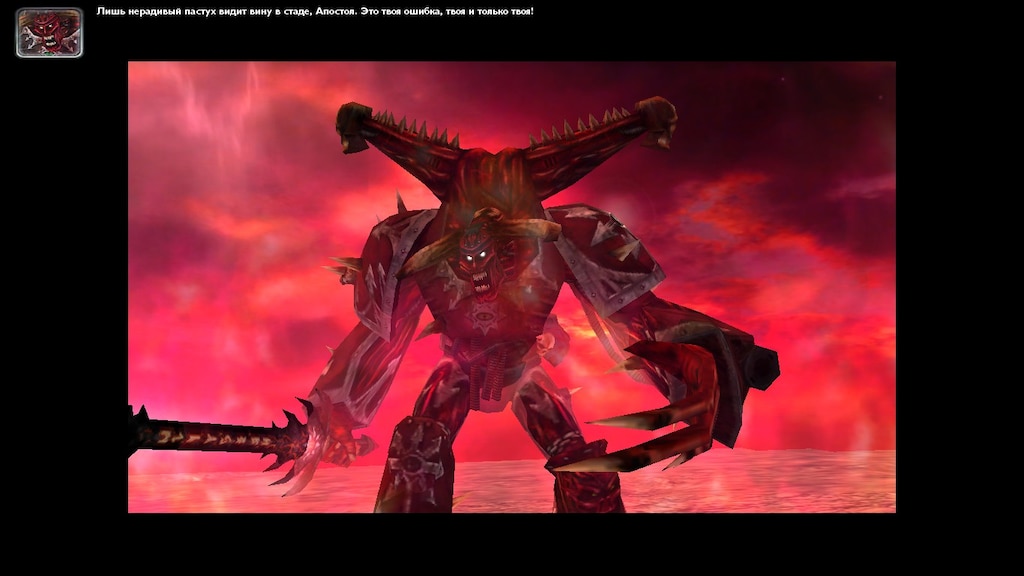 Not Recommended
1.1 hrs on record
It is honestly a bad game, because you cannot play as any other race besides necron and tao. It sucks because the tutorial takes a whole hour to do and it says pointless things about the game you would never need know. You need to own like 5 other games to even play as any other faction and the other games are "out of keys". A waste of money if you want to play with friends.

CMSlipStream
21 products in account
0
Tau Empire XV88 broadside teams
didn't the tau broadside teams be a team of three? i havent played in a while but its now a single unit is this a bug or was there an update
9

Yung $wisha
Jul 4 @ 5:15am
General Discussions
Orks are amazing!
So I usually play space marines, thought I'd give orks a bash since they are funny as heck. I thought they would be like the imperial guard, all mass weak troops dying all over the place but they're actually solid. They have so many good units. Boyz are solid, nothing amazing alone, but get a couple of squads of sluggas and a couple shootas and you can take on a surprising number of things. The warboss and big mek are beasts. Just absolute wrecking balls. Killa kans do not die. And look at that melee at...
6